It is hard to pinpoint when film really started to change for me.  Something has to change that takes you from an everyday viewer to real lover of film.  Personally, I think it happens the first few times a film really affects you at a deeper level.  It has become harder and harder to view film in this way over the past few years, however, that is a story for another time.  What I do know, is that with confidence I can say this film was one of the first to show me what film can achieve as art.  What is surprising about this is over the years I have looked at this film through many different viewpoints: from growing adolescent to immature college jerk (I’ll admit it) to now somewhat of an adult.  With that, I have seen different aspects of this film in different lights.  When I first sat down and watched this I couldn’t believe what I was seeing.  It seemed that so much was there, so many layers from the watercolor intermission to the “Love” cuts on the main characters knuckles.  I was in love with this film.  Later on, I was amazed to see just how much effort had been put into the different lens flaring and the intermissions being able to tell the entire story through the use of color and even giving away what may happen next.  Now, in my most recent viewing, I see a film that has all of that, but somehow the whole thing comes across rather simple.  Paul Thomas Anderson wanted to make a film that was understated and easy to enjoy without having to dissect it, to which I think he managed to simultaneously fail and succeed at this endeavor. He created a film that could be enjoyed simply but could also be dissected.  That is the conundrum that is Punch-Drunk Love. 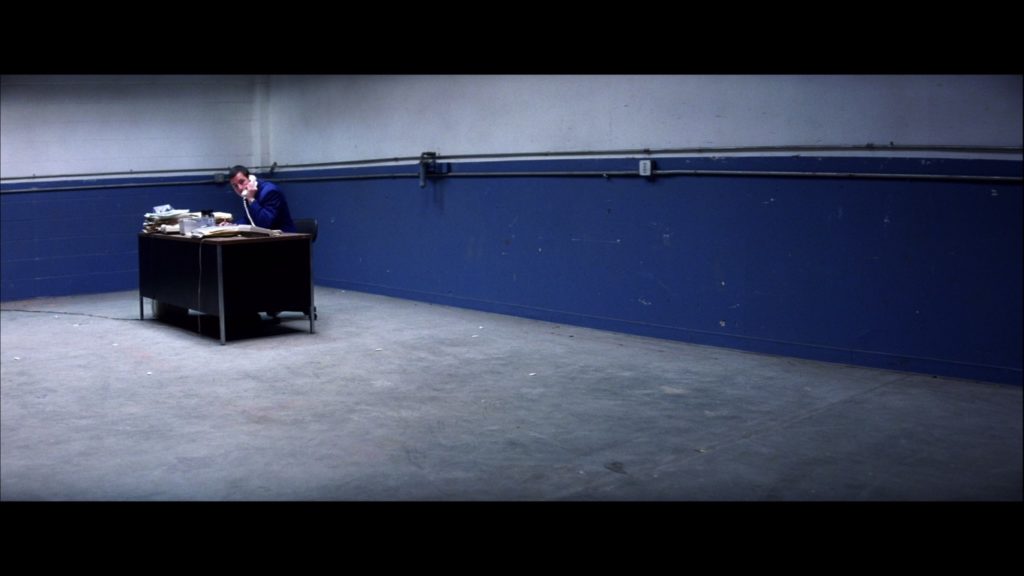 Commercially PDL did not seem to go over well with a broad audience.  With a budget of around $25 Million, the film actually seemed to lose money only grossing around $24.7 Million.  I remember knowing at the time that the film was not very successful if you can imagine me as a thirteen-year-old trying to recommend the film to his friends only then realizing that it is not exactly the subject matter that most in that age range would understand.  The other factor to consider is Adam Sandler.  Sandler made this movie impossible to recommend, here we have Sandler right around his peak in the field of comedy in what would end up being a criterion release and the general population goes in thinking this is going to be another slapstick comedy romp.  This, of course, not being the case was most likely a huge damper in why the film did not get received well, see also Funny People and Spanglish.  On the flip side of this coin, I really think that Sandler was the right choice, even if that choice was made for the wrong reason he just fits the character so well.

Our film follows Barry Egan, a somewhat innocent yet overwhelmingly out of place individual. We first meet Barry, at his place of business on the phone discussing something that will later come to fruition, it is rather clear that Barry is socially incapable. We soon discover there is a very good reason why Barry is the way he is with seven sisters he is used to disappearing into the background and becoming the inevitable butt of the joke.  Pretty quickly we’re introduced to Lena Leonard in the red dress.  Somehow Lena is interested in Barry and we see that beneath the seemingly normal exterior, she has just as many eccentricities as he does.  Underneath this meet-cute description, Barry is being blackmailed by a phone-sex line ran out of Utah.  As everything comes together, we get to see a story that tests the true limits of love and what it can truly mean to find somebody that accepts you for who you are. 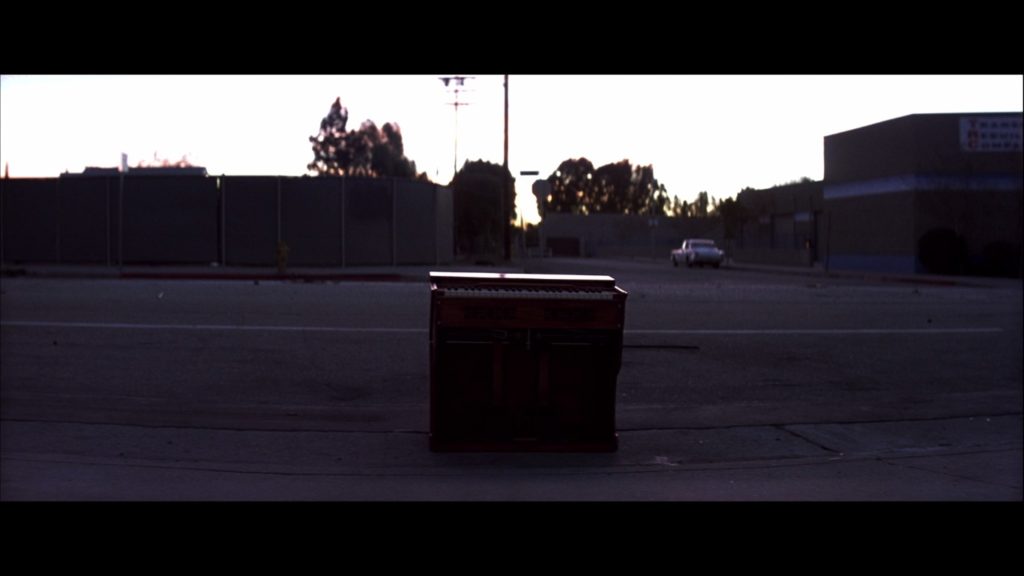 Here’s where things get truly interesting, by using different color palettes and lens flares, we get to see what is happening in the scene and see the push and pull of the two fighting for the same thing as it unfolds.  I will say, however, this being my first time viewing the film on blu-ray, something felt different and that also could have been a result of it being years since I had watched the film.  This time the lens flares seemed a little heavy handed and overused at certain points.  What makes this interesting is I cannot tell if that is because of the quality upgrade or because of the years that have gone by and personal taste.  Whatever it may be, I do think it would have been possible to have the same effect and back off of the flares a bit at the same time, I mean this isn’t JJ Abrams’ Star Trek.  What is even more interesting, is by using the two colors to represent the Barry and Lena (blue and red) they are able to simplify the film and illustrate the push and pullin a way a larger audience would be able to appreciate.  This is where the intermissions (I don’t know what else to call them) are able to use color to represent each act, if you will, by using the abstract watercolor shapes that really leaves us with a great experience.

This is also a Criterion release which means we end up with a clearer more dynamic experience for the film.  It also goes to show that commercial success says nothing about the quality of a film.  The transfer to blu-ray is just wonderful.  Everything seems brighter and more vivid with the sense that the film is grand in every sense of the word. 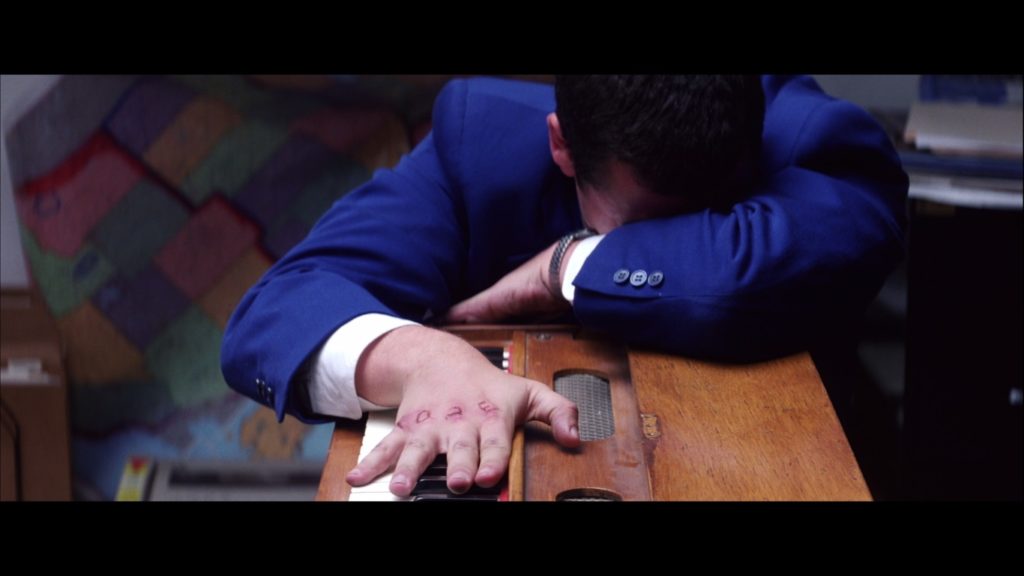 A rather unique soundtrack carries along our story, a combination of the soft melodic sounds of the organ to the completely remixed version of “he needs me” from Jon Brion really carries the plot home.  With the Criterion experience, we get a beautifully mastered version for the home that is just perfectly balanced for the home viewer.  The score does well to carry the high anxiety of certain moments from one scene to the next and ultimately creates a unique result overall.  That is the advantage of a Criterion in a nutshell, we are able to have an experience specifically designed for the home viewer in mind. 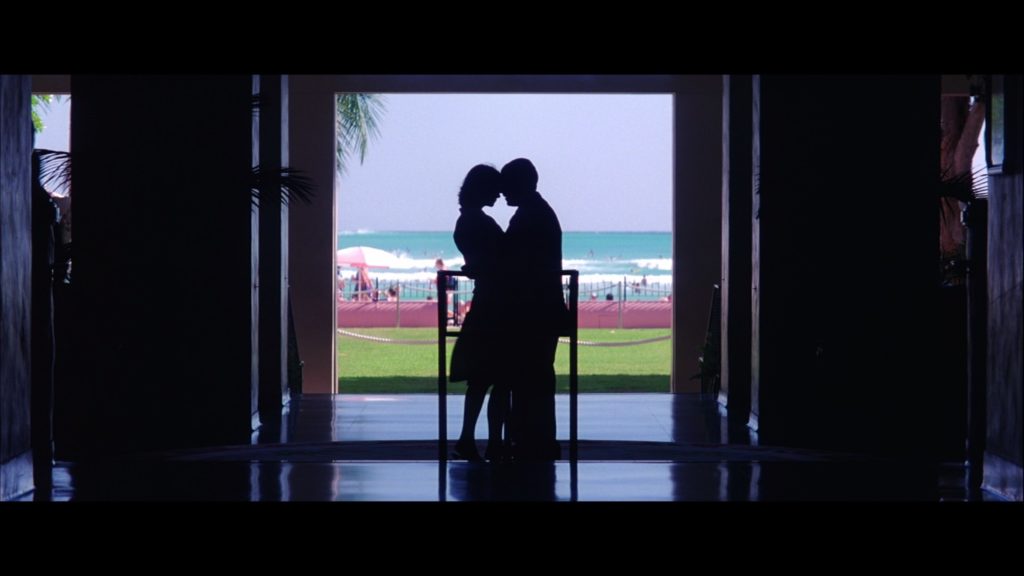 Criterion always manages to come up with original artwork and packaging.  Adding extras in the booklet and making something that will stand out on the shelf.  HOWEVER, I nearly prefer the original DVD packaging that I had before, that had the complete foldout and abstract colors laden all over it.  With the updated Criterion release, the packaging quality is better overall and I am glad to have this edition because as it stands it will hold up better. It just seemed to leave me wanting more.  This being one of my all time favorites I could use a grand special box laden with art and extras. 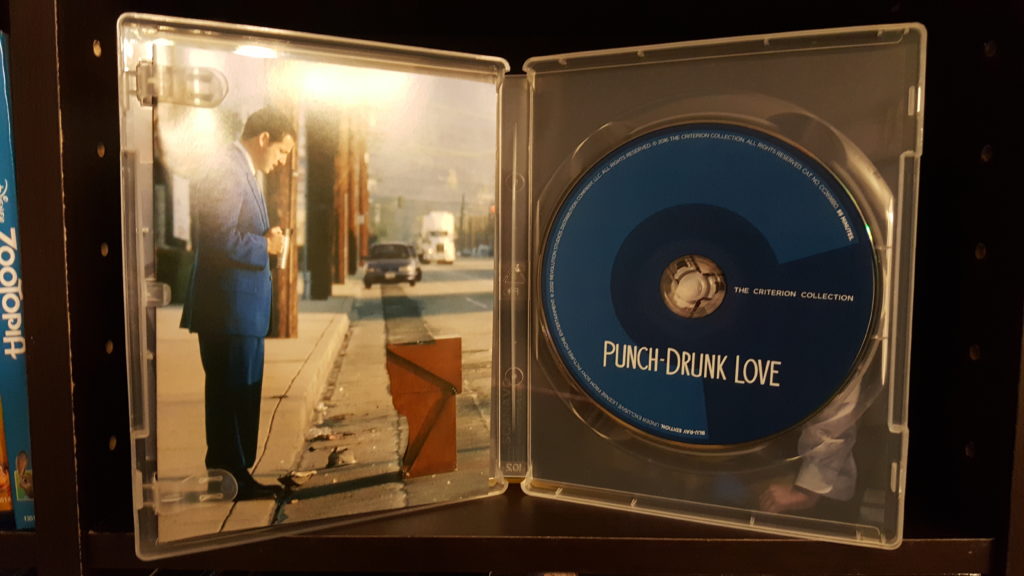 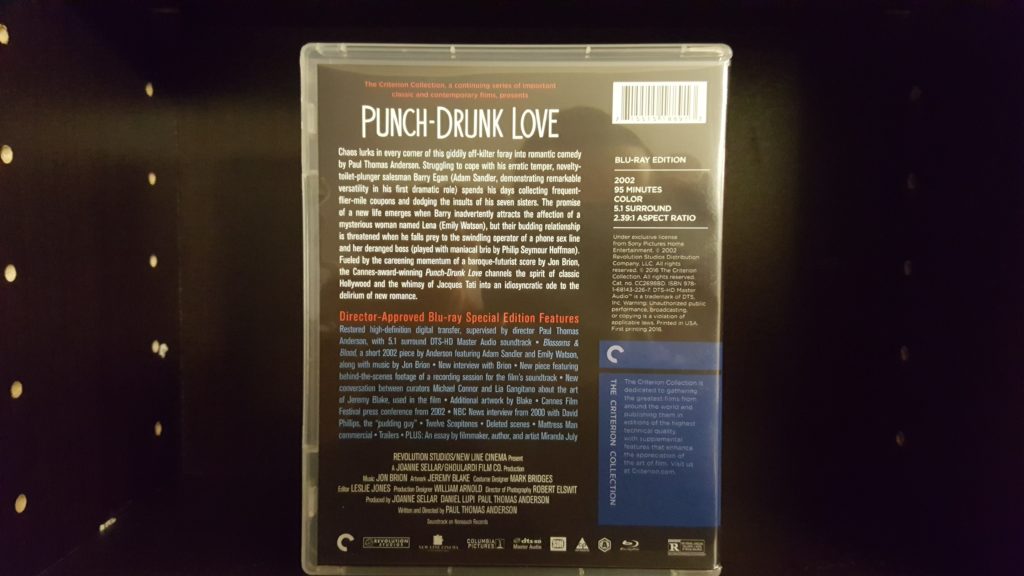 Seeing how the special features were plentiful in the previous release of Punch-Drunk Love my expectations were high that Criterion would go above and beyond to add something new that I have not seen before. I was pleasantly surprised to see several Criterion exclusive features included in this release as well as the familiar ones from before.  The Supplements included are as follows:

Here’s the thing, this is hands down one of my favorite film experiences to this day.  The fact that it has been made a criterion release is even better.  Do I wish this film would have received more of a mass appeal and that we may be privileged to have something a little more exciting for a release, yes.  However, it is important to remember that preservation of films that are culturally significant is the primary purpose of the Criterion Collection and I think this film has that in spades.  It hits all the right marks for me.  It has a unique take on what could have been a sappy love story and the overall narrative does not follow the usual rules.  It is a film that can be enjoyed simply but then viewed over and over again to enjoy all the eccentricities that you may have missed upon first viewing.  You get a unique once in a lifetime (perhaps) performance from Sandler and Emily Watson remains vigilant and wonderful as usual.  This may not be Anderson’s most remembered film or even his best but to me, by far, it is one hell of a film.  You can purchase this film HERE.