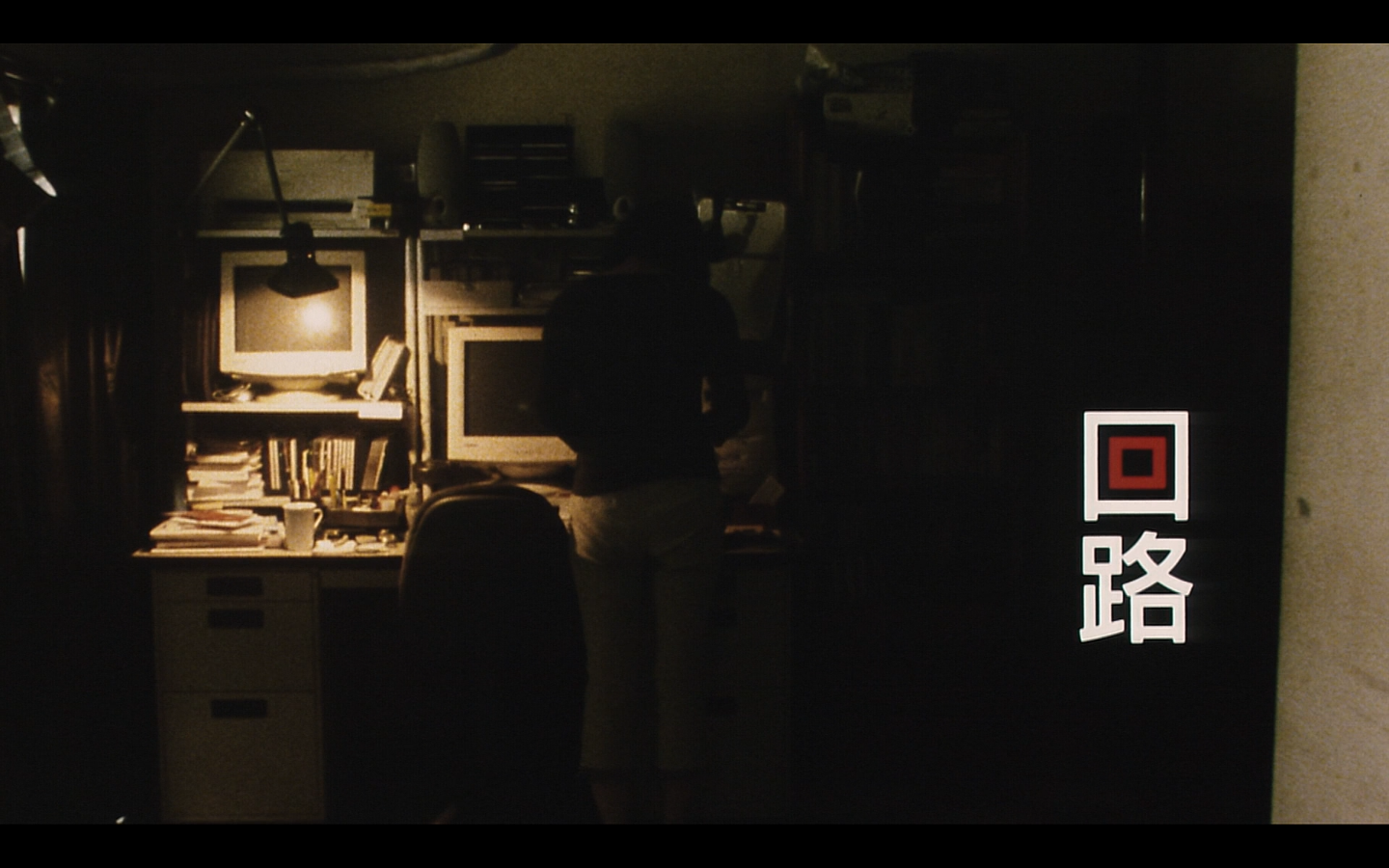 Finding the deep and penetrating threads within the horror zeitgeist requires not only watching a vast number of films but being able to recognize which films you’ve seen surface again and again in the works of others, whether in visuals, themes, cinematography, etc. When the re-make of The Ring hit American shores courtesy of Gore Verbinski, American audiences were instantly enthralled with the new subgenre of so-called “J-Horror”, and it did not take long for other films that had resonated so strongly in the Japanese market to migrate over to the States with their own remakes. Even the most cursory fan of the genre knows The Ring films, as well as The Grudge. 2006 saw yet another of these translations with Pulse, directed by music video veteran Jon Sonzero (from a script co-written by Wes Craven). Where the Americanized versions of The Ring and The Grudge were successful (due in part to their basic understanding of why the originals were so scary), the re-make of Pulse was a limp, uninspired mess with only a killer last shot going for it. While horror fans began to seek out the originals that inspired the wildly successful Americanized remakes, the failure of the re-make of Pulse likely turned off many from seeking out the source. This is a tragedy, as Kiyoshi Kurosawa’s Kairo (Pulse), is perhaps the finest of all of the films under the umbrella of “J-Horror”. Long overdue, Kurosawa’s masterpiece finally comes stateside in a high definition presentation courtesy of Arrow Video. How does this presentation treat this forgotten gem? Let’s take a look. 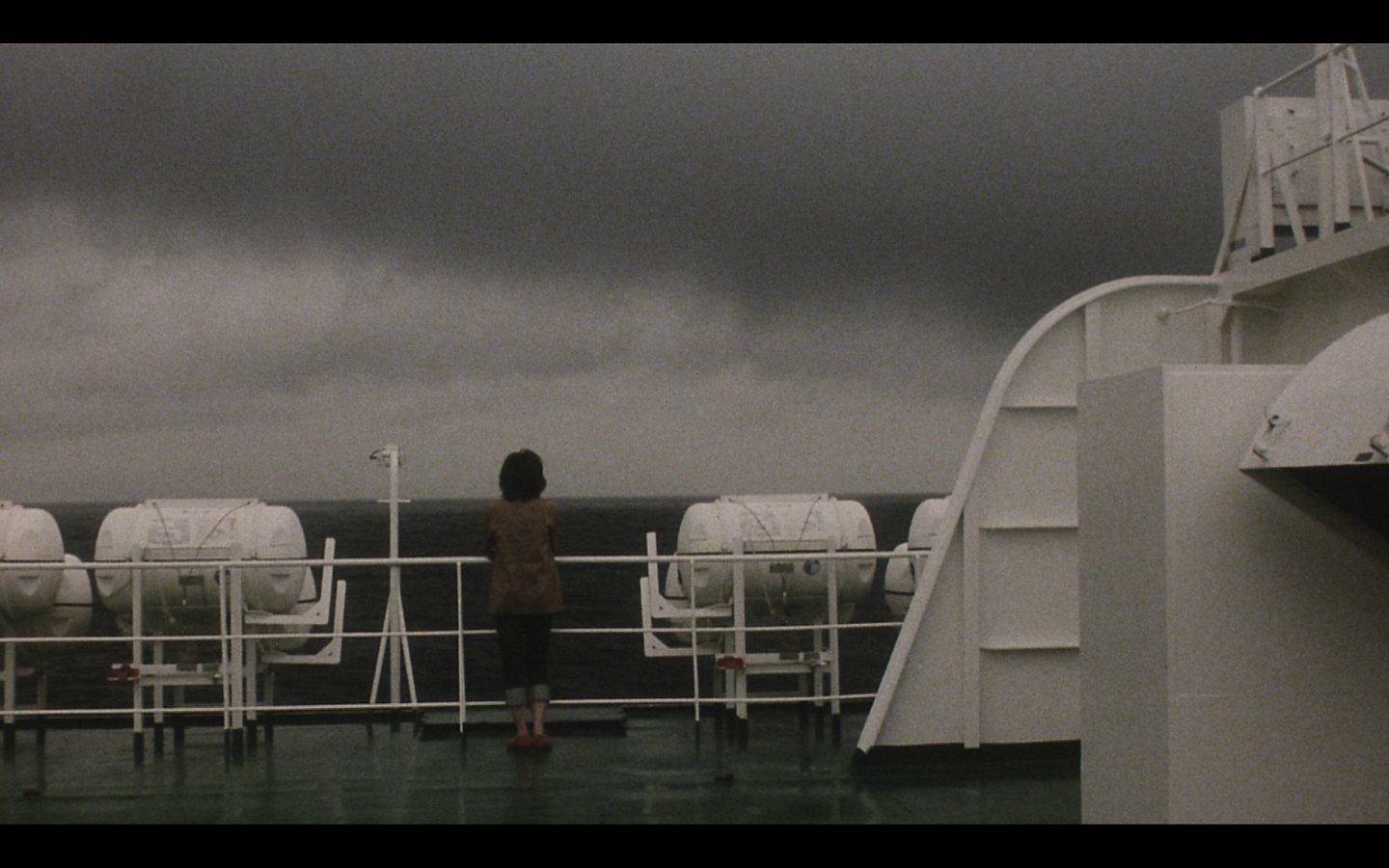 Set at the outset of the digital age, where home internet usage was still novel, Pulse details the story of numerous college students who find themselves in the middle of a a burgeoning epidemic. As a website spreads from computer to computer playing eerie videos and asking “Do you want to meet a ghost?”, friends start disappearing or worse, committing suicide. As the city seemingly empties around them, the remaining students are slowly whittled down by a mixture of bizarre hauntings (or are they?) and sheer confusion as they stumble from place to place in search of an answer to a question they do not dare to ask. 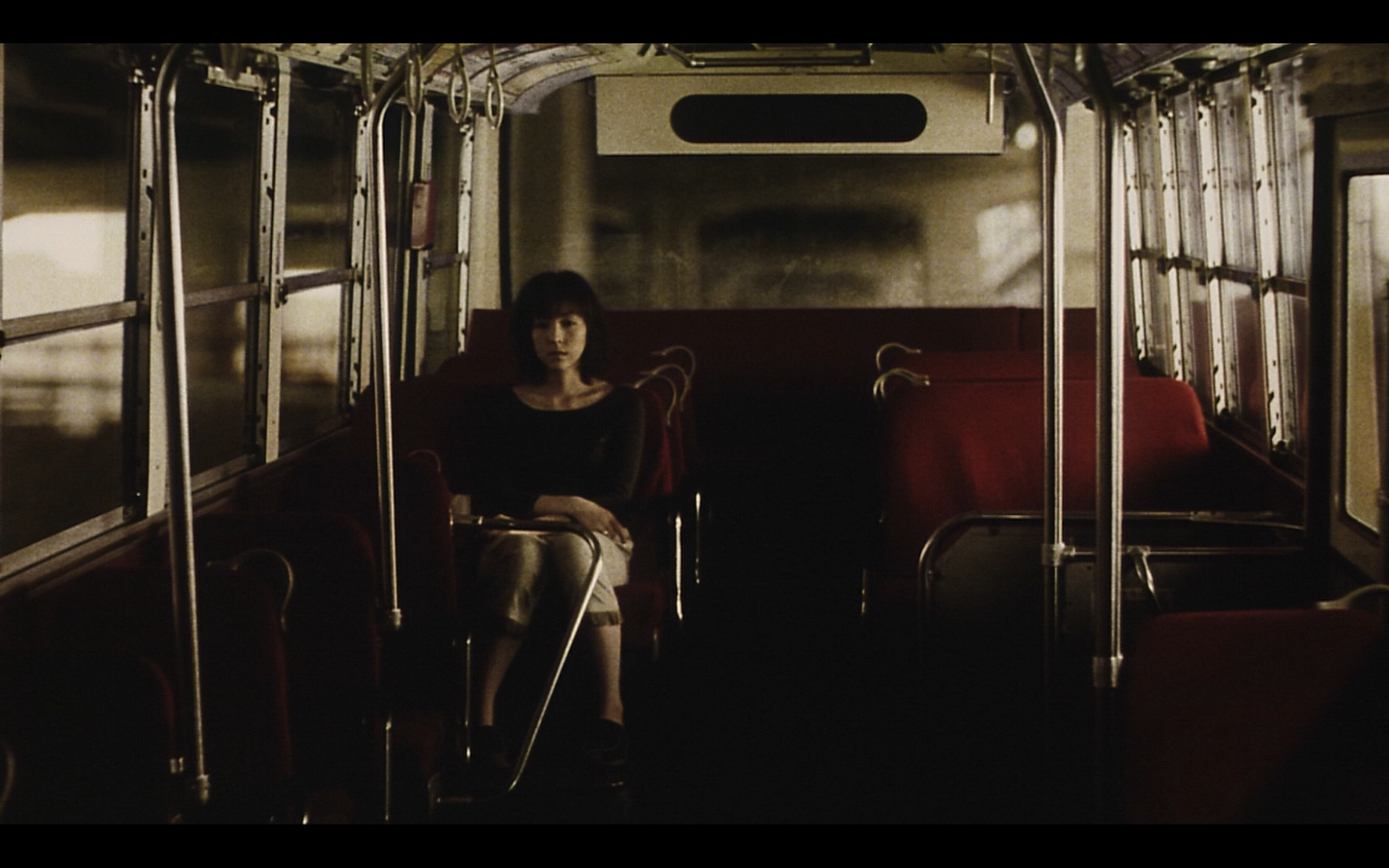 Kurosawa’s films are known to fans for their fixation on themes of alienation, loneliness in an age of connectivity, and existential dread. In that vein, no film in his oeuvre is more successful that 2001’s Pulse. Capitalizing on the anxiety that hovered in the public consciousness as the internet became more and more pervasive on a daily basis, Kurosawa’s film deftly explores themes that were on the tip of the tongue of many in Japan (and America) at the turn of the century. Able to be read and contemplated on multiple levels, this film is simply a masterclass not only in executing an idea but in creating atmosphere that seems to exude from the screen and seep into the audience. With nary a jump scare in sight, Kurosawa’s film relies on mood and atmosphere to create an otherwordly fugue that is truly a cut above a slew of imitators. This is cannot-miss cinema. 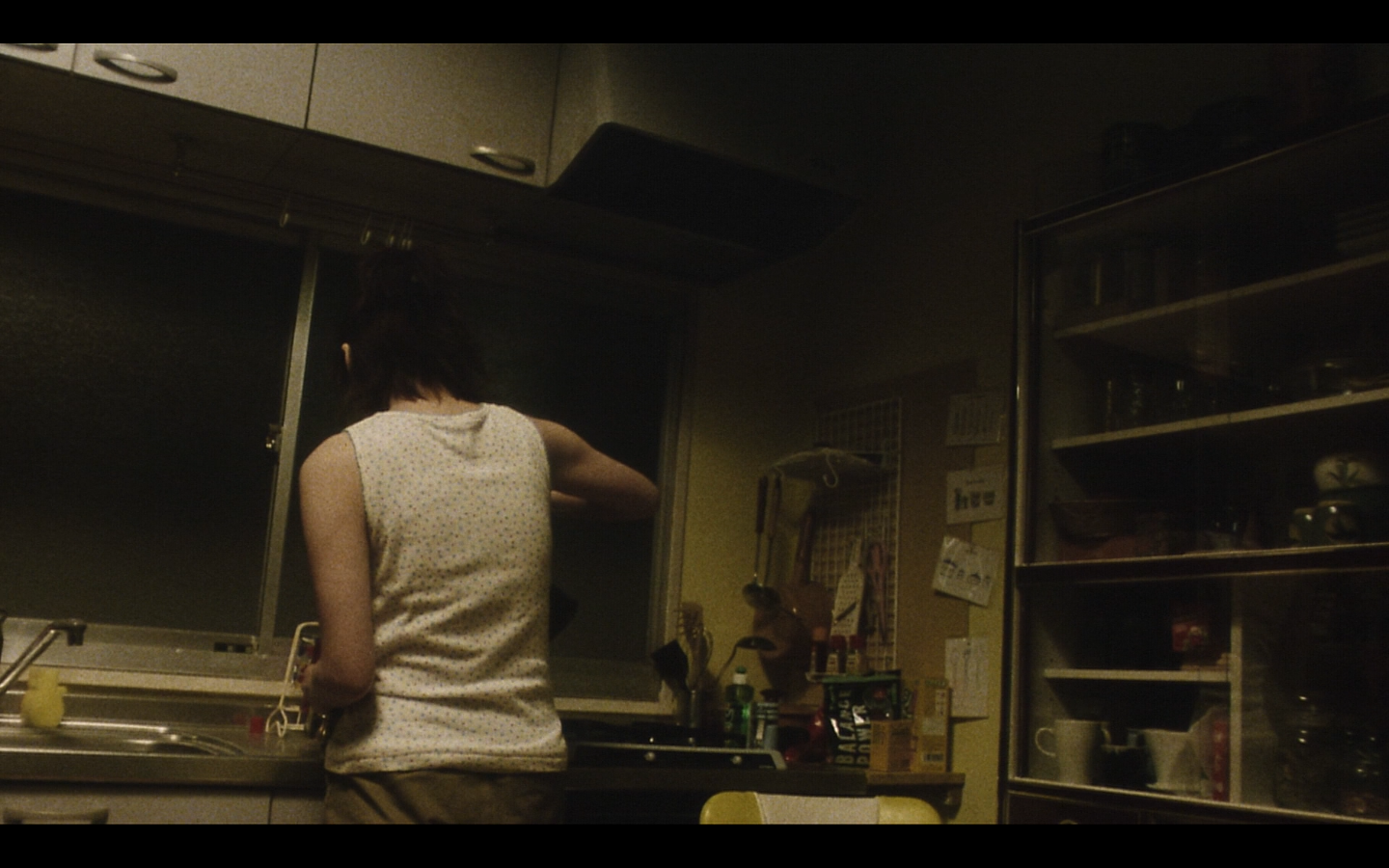 Arrow delivers Pulse in a satisfactory if uneven transfer for its high definition debut in the U.S. Unlike nearly every other release from Arrow Video, there was no negative or interpositive supplied from which to strike a new master. Instead, a previously developed high definition master was provided by Kadokawa Pictures. This is slightly confusing as Kadokawa, still independent at the time of the film’s original release, is not actually listed on the production credits for the film. This suggests that Kadokawa or its parent company acquired the rights for home distribution elsewhere. Regardless, the master we see here is profoundly uneven from scene to scene. Shot on an Arriflex with spherical lenses, one might be tempted to chalk up some of the lack of precision simply to lens choice, but with Junichiro Hayashi (Dark Water, Ring) behind the camera, I’m skeptical to lay the blame there. Many of the inside shots are cloudy, not only due to heavy grain from the 35mm print used to strike the master, but also likely caused by other issues that are unable to completely diagnose due to the lack of pedigree for the master itself. Further, stylistic choices are also likely at work here as much of the film’s subject matter and theme elements benefit from the hazy quality that appears in many of the inside scenes. Blacks are sometimes subsumed and fade into each other, causing a loss of definition that at times benefits the scene in question, where in others frustrates the viewer who is looking for clarity. I’ll re-state what I said above, this is an uneven transfer, with both a fair bit to love and plenty to frown upon. 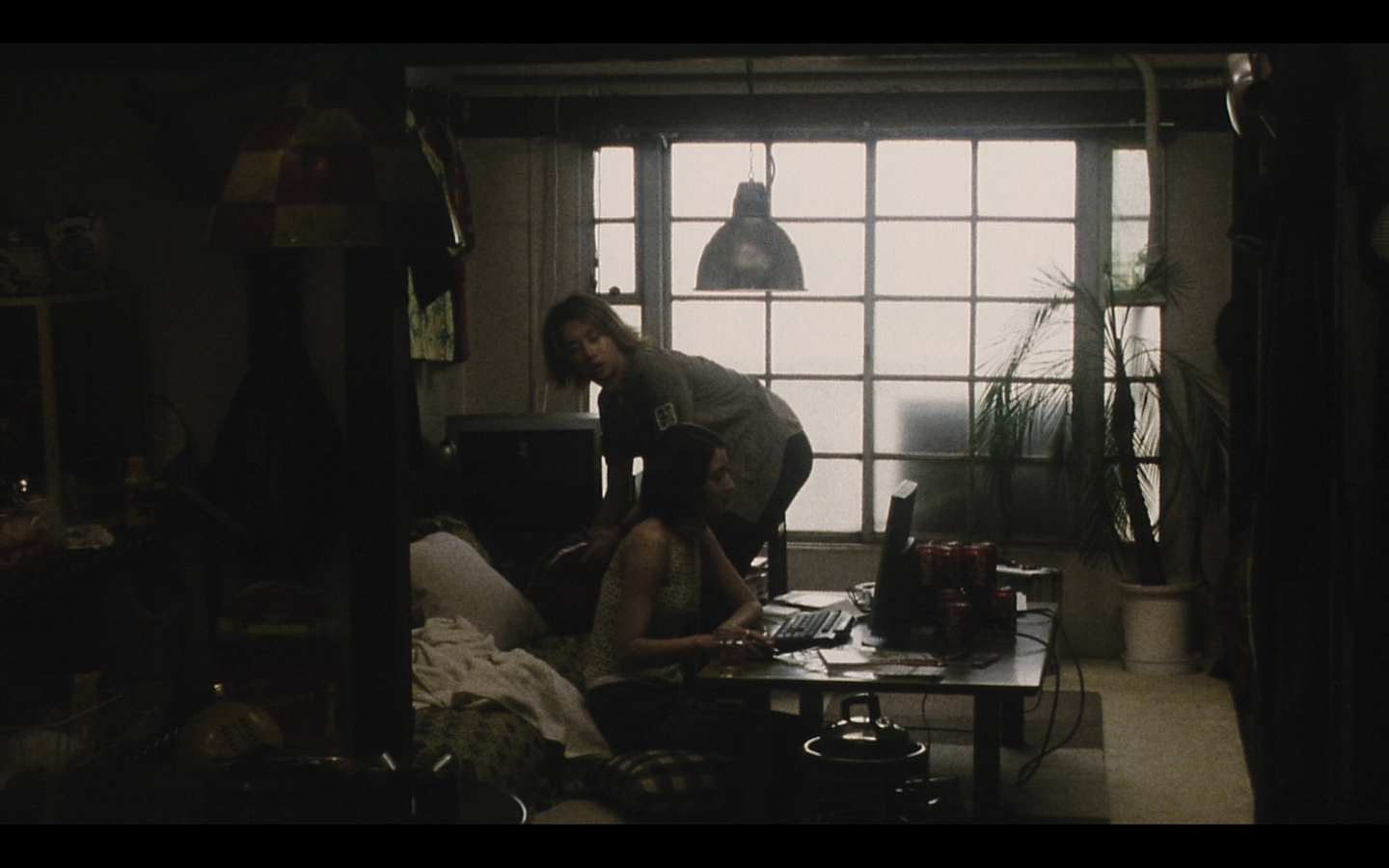 Few films could make me yearn for a surround sound presentation quite like this one, but we are sadly restricted to a single 2.0 stereo track derived from the original theatrical release. With a sparse but haunting score and fair bit of whispering, I would have loved to see what could have been possible if the audio track had been made available to a skilled technician, but we are left with a competent if fairly standard stereo track that does the film justice but does not elevate the film’s haunting score and ghostly cityscapes to something more. 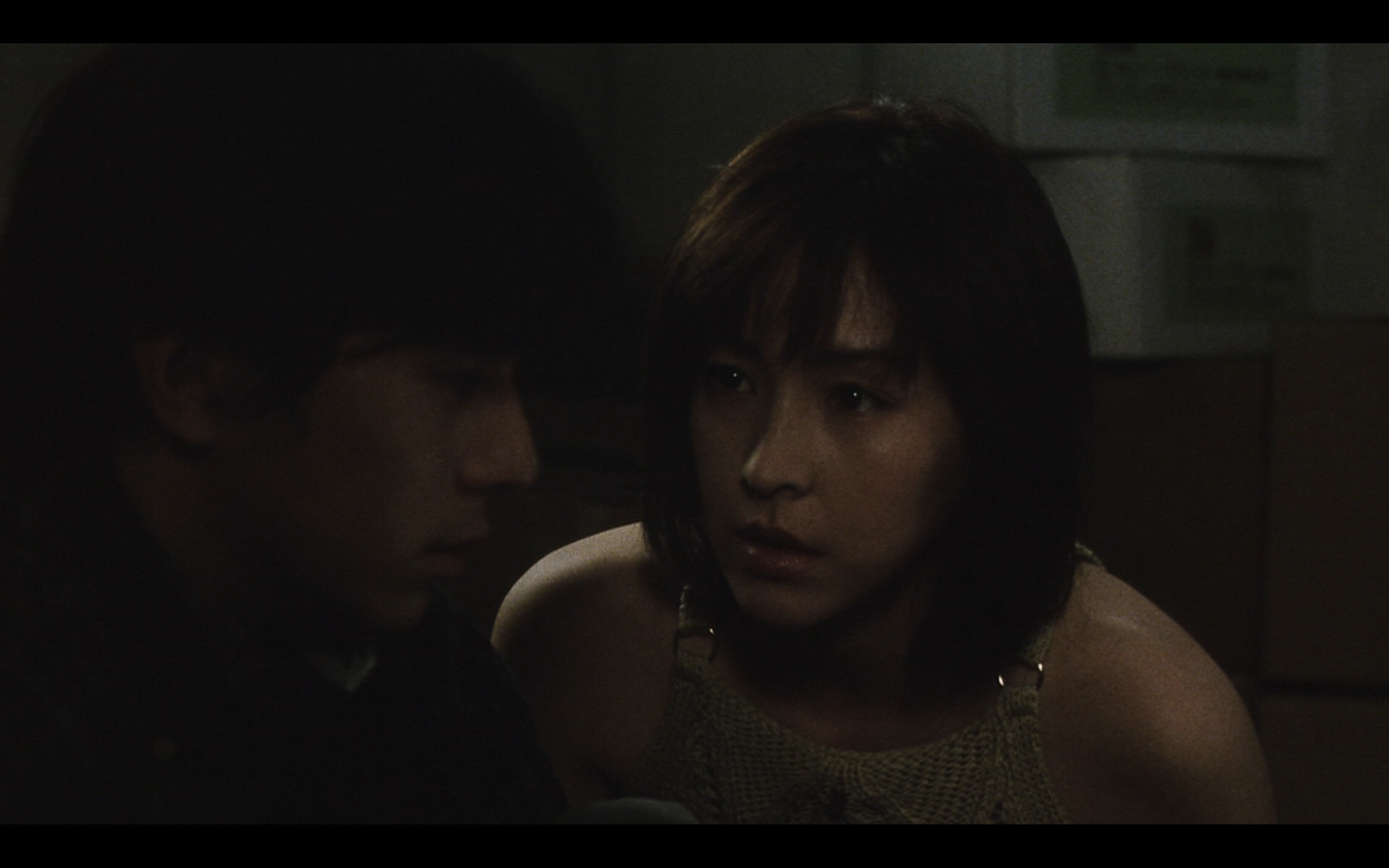 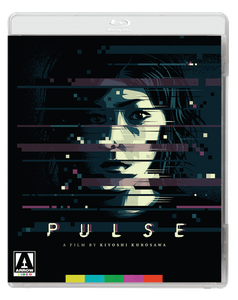 Arrow delivers Pulse to home video audiences with a slew of special features that do an admirable job bringing the uninitiated up to speed not only with the true power of the film they have on their hands, but also the legacy of its director in the larger realm of horror filmmaking. In addition to previously available special features unlikely to have been seen by American audiences, Arrow recorded three new interviews: with director Kiyoshi Kurosawa, another with cinematographer Junichiro Hayashi, and a third with American horror filmmakers Adam Wingard and Simon Barrett (the duo responsible for the excellent You’re Next).  Each of these pieces does a wonderful job cementing the place that Pulse occupies in the hearts and minds of real horror junkies. From Arrow’s database: 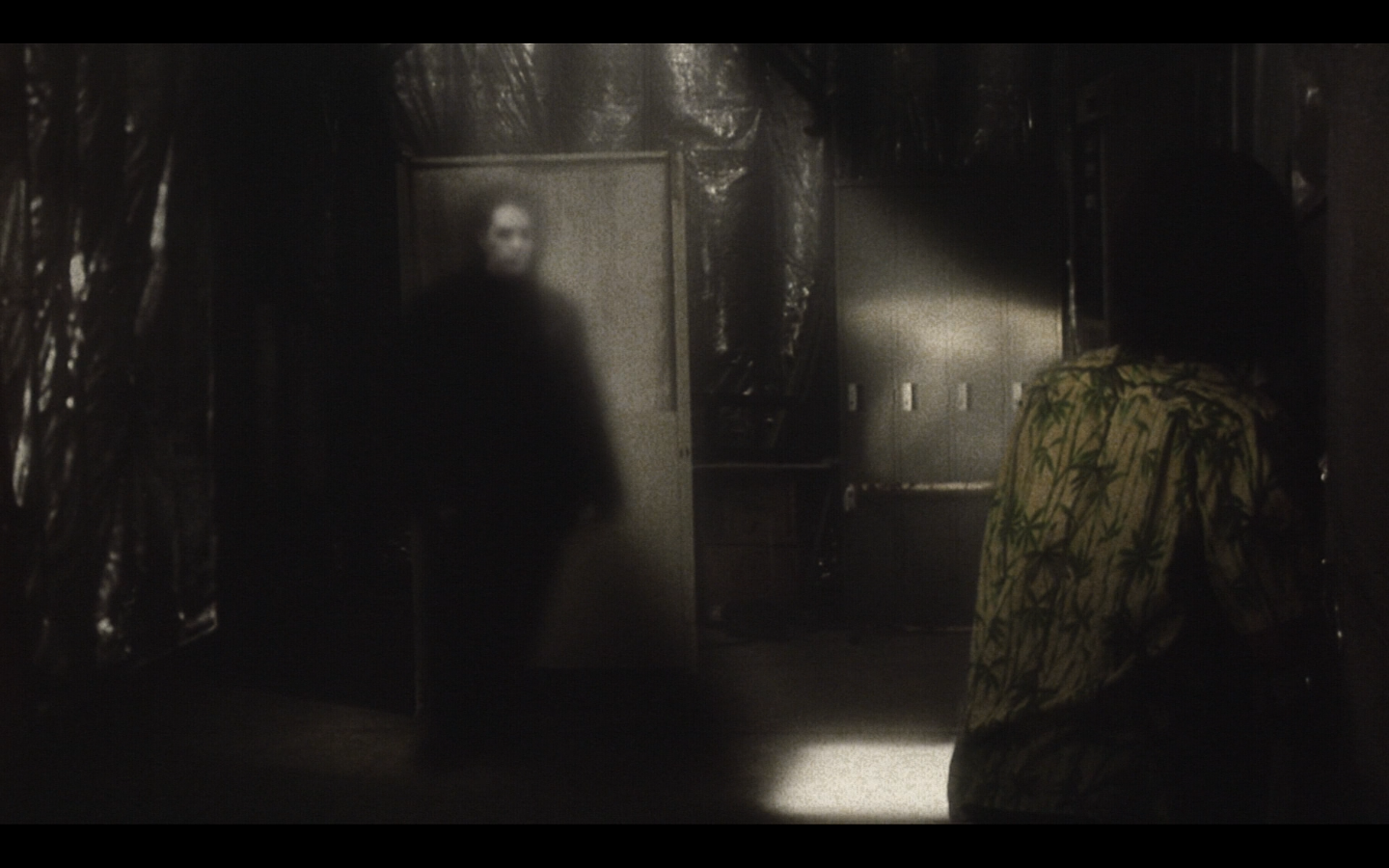 Pulse is a masterpiece, there’s really no way around it. Where many of Kurosawa’s horror films touch on many of the themes explored here, Pulse is the purest and most exhilarating combination of all those concepts the director was looking to explore: isolation, the supernatural, despair. It’s all here in what is easily one of the scariest films I’ve ever had the pleasure of watching. You will be hard pressed to find a more chilling scene than the one in the hallway with the “dancing ghost”. As the director explores the crumbling of what makes us human, the city in the film itself begins to fade from being recognizable until the distance between characters feels less like a few feet and more like an impassible chasm. Arrow Video has done a solid job bringing this film to America in high definition despite the myriad issues with the transfer. Thankfully, strong special features go a long way to make up for the uneven presentation at the core of the release. This film is well worth your time.