President Evil is a 2018 horror comedy directed by Richard Lowry, written by Lowry and Gregory P. Wolk. The film stars Sitara Attaie as Lana, a young Muslim woman getting ready to vote, Lys Perez plays Blanca, Lana’s friend and a Mexican woman whose parents were just taken by I.C.E agents and Ryan Quinn Adams as David, a homicidal republican who is hunting down non-whites dressed as the POTUS. There is a lot to say about this film and the evil it brings. 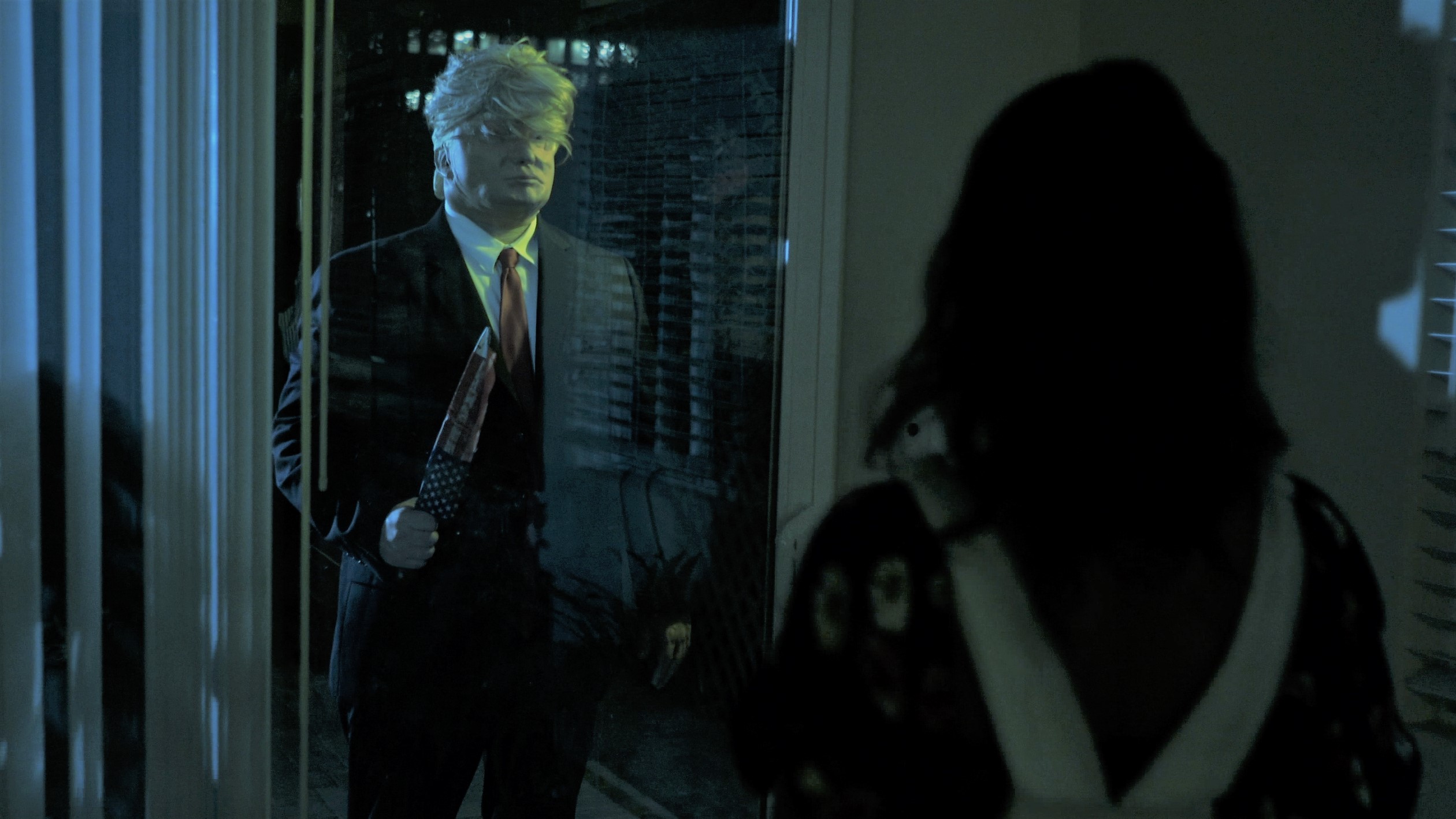 Right before the mid-term elections Lana(Attaie), a young Muslim woman, and her friends, Blanca(Perez), a Mexican, and Medjine(played by Amber Boone), a Haitian, are raising awareness for the mid-term elections and campaigning for non-republican candidates. What the group is unaware of is David Barron(Adams), a deranged republican who has escaped a mental institution and is on a killing spree while dressed as Donald Trump.

This movie was something all right. The plot isn’t that bad, with a few interesting ideas that get rolled around into the rest of the film. The idea of a crazed republican killing off minorities and immigrants could be a truly frightening piece. A lot of the issues come from the comedy of the film. A lot of the humor is politically based. Meaning if you are a Republican this film isn’t for you, not by a long shot. The President and any other Republican oriented people are portrayed as a mix between racist and just plain dumb. On the other hand, if you are a Democrat this film still might not be for you. A lot of the compliments come across as heavy handed or backwards. There are some scenes that just seem downright racist. It really paints itself into a corner on who the film appeals to. 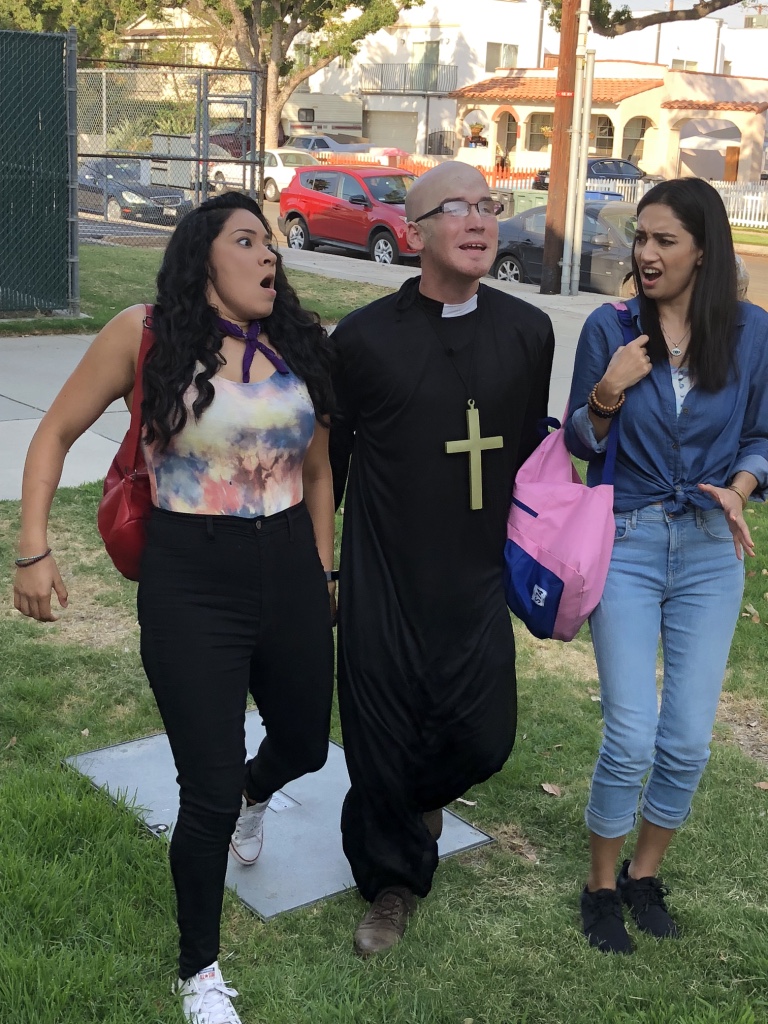 As  comedy this film has a lot of jokes and spoofs. While the spoofs are pretty solid, like the Halloween, Young Frankenstein and other horror movie spoofs are the more entertaining aspects of the film. The actual jokes however aren’t there as much. A lot of it is political humor with most of the secondary characters being named after political figures. Most of these are blink and you miss them jokes, which aren’t always bad. They get over done though by the end of the film. Most of the Republican jokes are also over done to the point of it running it into the ground. Randomly there is also priest jokes that seem out of place. Like it sort of fits with the stereo type of how religious Republicans are, but still feels a bit random and used to kill time more then to actually be funny.

Now on to the good, which there isn’t much of. The acting for the most part is solid. The over the top characters are usually the ignorant and dumb ones, who tend to be over the top. Attaie carries the film for the most part. She doesn’t go over the top with her acting like a lot of others in the cast and towards the climax she had some really entertaining moments. The film does try to spread a good message. Showing racists as idiots is a positive, the problem is the rest of the film doesn’t hold up as well and comes across as to heavy handed at points. 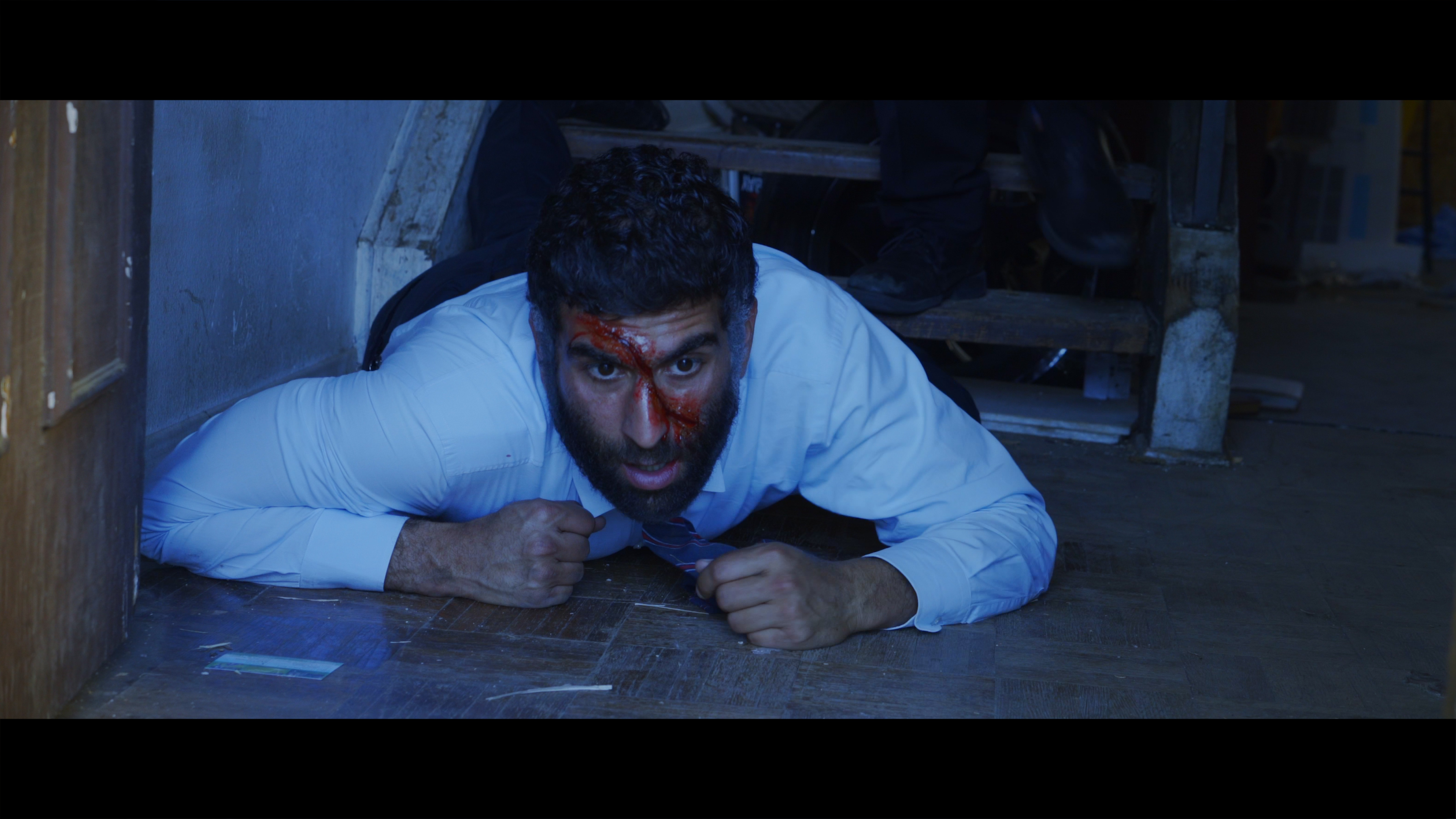 Some Extra Thoughts: The film ends with a voting PSA, always a good thing. The Trump mask has an actual wig on top of it, seems like overkill. The Trump voice impersonator is over done, the Obama voice impersonator was okay and the Clinton one was better, but still not great. A weird montage of David and his Russian doctor,  doing the Russians helped Trump win allusion, where the doctor is dressed like Putin. Amber Boone as Medjine is really under used and she just seems to come out of no where.

The overall audio quality of the film is good. Nothing is lost due to bad audio and the dialogue is clear. A real plus is the music. They have a Halloween like score that is really good. It doesn’t save the film, but sure does help. 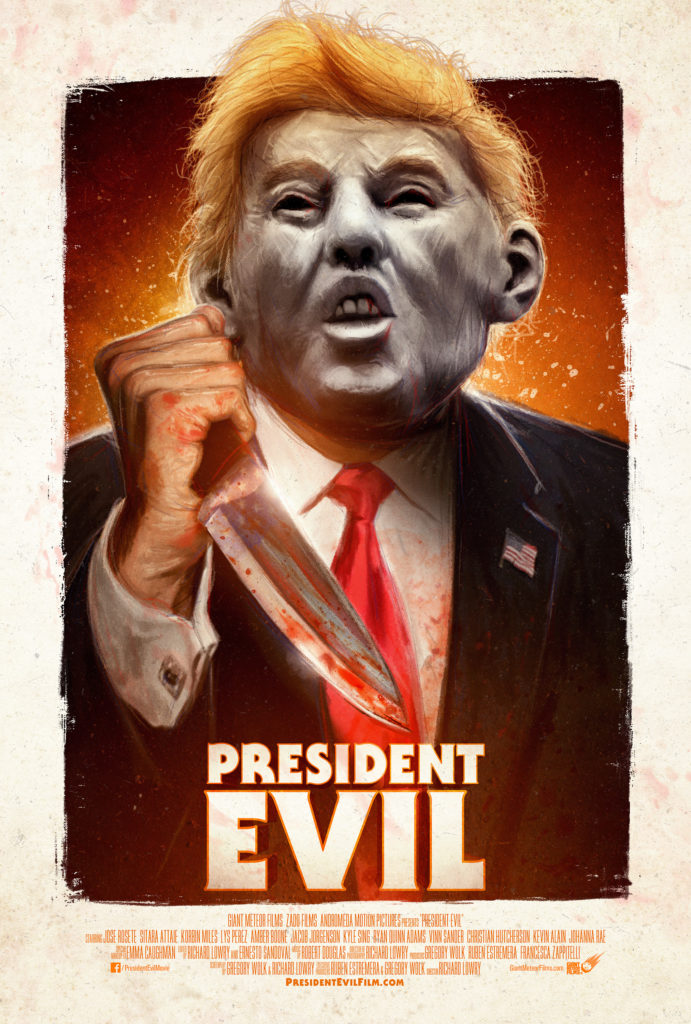 There is a lot to say about the film. It takes a smart idea of a killer being an extreme Republican and how he is ultimately taken down by minorities, but the overall product fails to deliver. There are some entertaining moments throughout the film, particularly with the spoofs and music. For the most part though this one was a drag and President Evil needs to resign from office.