“I like to ride. Fixed gear. No brakes. The bike cannot coast. The pedals never stop turning. Can’t stop. Don’t want to, either.” Premium Rush starts and ends with a variation of these lines (a little simpler in the end). These lines summarize the philosophy and Zen of the lead character Wilee(Joseph Gordon-Levitt) and come on, it just sounds cool in that Joseph Gordon-Levitt voice. He espouses the beauty of going fast on the bike as it is more stable than when slow. He decries both hesitation on the bike and an everyday life with a job requiring you to sit in an office wearing a suit. Joseph Gordon-Levitt was a bright former law-student who wanted so badly to avoid the life of suit wearing and desk sitting that he skipped out on taking the bar, exchanging a briefcase and tie for a side bag and a fixie.

After eschewing the corporate day-to-day for life on the saddle, Wilee (Joseph Gordon-Levitt), has settled into the community of bike messengers as a mainstay. Customers know him, he wins races regularly, he has a girlfriend on the outs with him, and even his own rival employee representing the opposite of his philosophy. While Wilee rides a steel frame fixie in baggies, his rival, Manny rides a custom carbon fiber bike with full gearing. It is obvious from the get-go that the two will clash during the movie, but you soon find that he isn’t the primary antagonist of the film.

The roommate, Nima, of Wilee’s girlfriend needs to transfer a substantial sum of money to an individual for what she refers to only as a personal matter. In order to do this she purchases a voucher that the recipient can redeem for money through some form of a hawaladar financial exchange system. At this point, New York Police Detective Monday enters the picture. For reasons detailed in the movie, he needs to retrieve this voucher for himself. As a result, Nima hires Wilee’s company to deliver this voucher for her to keep it safe, resulting in a game of pursuit between Wilee and Monday.

During the course of the movie, we are treated to Monday pursuing Wilee by car as Wilee darts in and out of traffic in scenes reminiscent of Gone in 60 Seconds. We also see a race between Wilee and Manny as they banter back and forth. While none of this is terribly new or innovative, what works well are the characters and the visuals. You get to enjoy some nicely frenetic scenes darting in and out of traffic as Wilee utilizes his skills and the benefits of a fixed gear bike and shots of some fun bike tricks throughout the city.

The actor’s performances and interactions are what hold the movie together as we get from one scene on the street to the next. Joseph Gordon-Levitt offers a reasonably strong performance that one would probably expect from him at this point. He brings a certain amount of glee to the character that makes him someone you really do want to root for. Conversely, Michael Shannon does a great job of making Detective Monday a character you want to see lose. I was not familiar with Michael Shannon before Premium Rush, but I loved the way he portrayed the detective as a somewhat unstable terrible person. More than once Wilee is compared to Wile E. Coyote, but Michael Shannon is the one who plays the cartoon villain in this one.

At times Detective Monday is a little bit goofy in scenes like when he chuckles about chasing a guy on a bike in a car while at the same time trying to hit said cyclist. However, these goofy moments come in such a way that you think this guy probably isn’t all there. Now, this isn’t really the reason why you want him to lose. He’s honestly just a terrible human being. He is a corrupt police officer with a terrible gambling addiction. He is a racist and misogynist. At every turn, he is just deplorable. And yet, still so twisted in his view of the world that he delivers a deadpan condemnation on the language that is used by people and on TV today. You do want to see a guy like this meet failure.

Beyond these two, all the supporting actors and actresses deliver performances that are mostly satisfying (I especially enjoy the bike cop). In the end, I think the weak points really lie in the story. The story isn’t terribly deep and just serves to loosely in bringing all of these characters together so we can enjoy the bike scenes and humor. Additionally, I don’t feel like the romance is all that necessary. I understand that this is what ties Wilee to the delivery on a personal level, but I feel like it could have been accomplished without a drama between the two that you know just has to get worked out. It really just felt like it got in the way.

All things considered with the pros weighed against the cons, I think we are left with a movie that is breezy and light fun, but not great. It features fun visuals and characters and keeps pace well until the end of the third act. So let’s be honest, you are buying this to see cyclist do cool things in traffic that I wouldn’t do and the performances of Shannon and Gordon-Levitt. If I stumbled upon it as I surfed channels, I’d probably settle on it and watch just for those two reasons. This is a movie that I see in the $6-7 range ($6.49 on Amazon as I write this), and I think that is where it belongs. It is worth owning for occasional viewings or worth catching as a rental every once in a while.

The video is appropriately vivid and colorful in the outdoor shots and the darks aren’t muddled, but crisp on interior shots. The CGI work looks clean and doesn’t stand out in wrecks. All the details in the shots are pleasantly clear. I couldn’t really find anything to gripe about in the video for this release.

This disc includes a DTS-HD Master 5.1 lossless soundtrack. This is not an unnecessarily noisy movie, but it does take place in New York City, so you expect a decent amount of background noise from surroundings. With this in mind, you will be pleased to find that everything is clear with no dialog noticeably drowned out by the background noise. The audio is well balanced to give directionality to the experience as a cyclist zips through the car traffic on the streets. This is a soundtrack that does a good job of making the audio take place around you as you watch.

Appropriate for a bargain title. You receive an ultraviolet copy, two featurettes around 10 minutes each, and some trailers. I would have preferred getting a commentary track with the director or an actor, but I guess the two featurettes cover the kind of information I would expect to find on the commentary so it’s a bit of a wash.

Starting Line – Director, screenwriter and cast discuss the development of the movie and bike training. The most interesting part might be the discussion on bike training.

Behind the Wheels – Similar to the first, but focuses more on getting the action scenes. Some demonstration of the cgi work that was done for the wrecks that you can’t throw your star into. 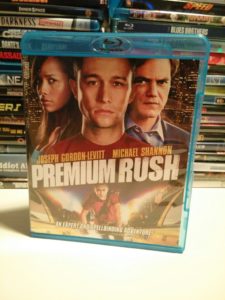 Premium Rush comes in a standard amaray style case with a clasp over the opening that is pretty standard for a lot of Sony releases. The outside artwork seems pretty generic poster art style featuring the most prominent characters faces and some action. There is a nice accent of internal artwork of Wilee racing through traffic. 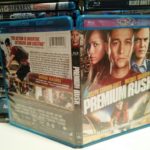 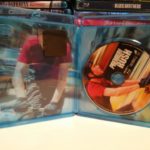 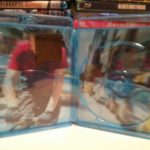 As I said before, this movie doesn’t present anything that blows you away nor is it especially breathtaking. It is however an enjoyable way to spend 90 minutes of your life, and I still think there is nothing wrong with a movie that is just fun. I think one can come back to this to enjoy the performances and the street scenes time and time again. The extras don’t do much to elevate this disc, but the A/V presentation certainly is good enough to counteract and improves my rating a touch.