Police Academy is a series of American comedy films, with the first six films being made in the 1980s and the seventh ant last installment Mission To Moscow released in 1994.  The series opens up with Police Academy which started with the premise that a new mayor had announced a new policy requiring that the police department accept all willing recruits.  The movie follows a group of misfit recruits in their attempts to prove themselves to be capable of being police officers, and succeeding in both in spite of and because of their eccentricities.  The main character, Carey Mahoney (played by Steve Guttenberg), was a repeat offender who was forced to join the police academy as a punishment.

Overall, all of the movies and television shows depended on their low-brow humor, usually based on simple characterizations and physical comedy.  As with may similar movies, the theme was a group of underdogs who struggled to prove themselves while various stereotyped authority figures tried to stop them.  The sequels have not been well received by film critics over the years.  The first film ended up grossing $81.2 million in North America, with the following films grossing $150 million in total.  Parallels are often drawn between Police Academy and the British franchise Carry On for their common reliance on a largely constant ensemble cast throughout the various films, the two series’ frequent use of low brow humor, sexual innuendo and physical comedy. 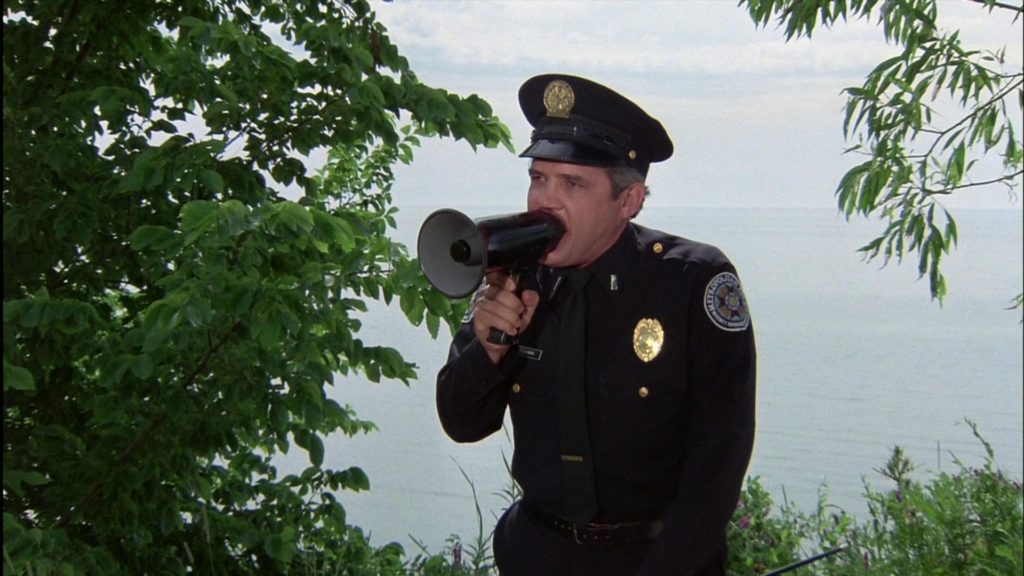 I’ve always been a big fan of the Police Academy movies, personally.  I remember that I first watched this series on DVD when I was in high school.  Sure, some of these films aren’t considerably as funny as the initial film in the series, but they all have their little quirks that make them what I would consider to be a classic today.  Everything from the crass humor to the sexual innuendo is enough to make anyone emit a chuckle of some capacity. 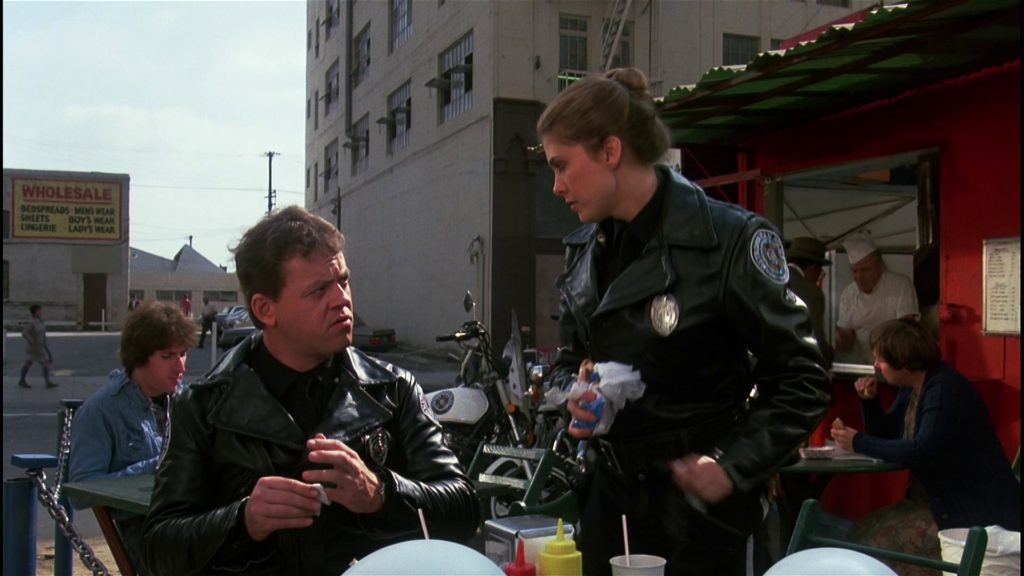 As soon as I saw that the Police Academy set was an option to grab without being setup with a Region-Free player, I knew that I had to pick it up.  Bringing some of the classic comedy that’s still somewhat relevant today to 1080p makes owning this set a must-have for anyone who’s ever seen any of these films.  Giving home audiences an extremely crisp image while maintaining the original/aged feel that a film from this era should maintain.

Each of the films in the Police Academy set come bundled with a DTS-HD Master Audio mono track.  While I would’ve loved to have seen them released with at least a 5.1 track, I can completely understand as to why they didn’t.  Keeping the audio limited to the 2 channels allows for audiences to audibly experience the films as if they were originally released; but with more clarity to them.  Overall, I didn’t experience any issues with the audio tracks that were provided as I was able to completely hear and understand each of the films as they played out on my living room television. 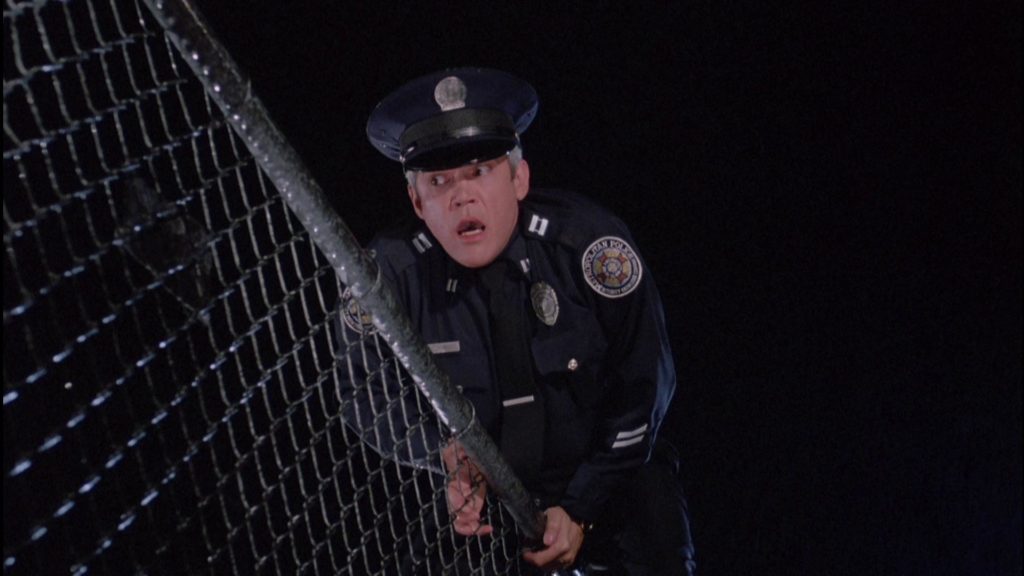 The Police Academy box set comes packaged in three multi-disc Blu-ray amaray cases.  With the first case containing the first three films of the series, the second housing films four and five and the last case holding films six and seven.  Each of the amaray cases come housed in a thicker cardboard slip-casing to allow for a more uniformed look with the films sitting in ones collection.  The cover art for the amaray cases feature a minimalist piece of art that encompasses each of the seven films.  The same cover art is featured on the cardboard slip case.  Each disc bears a very plain look to them, featuring a black background with the commonly used white colored font for the title and respective specs for the discs.  This release includes each of the films on their own individual discs in Blu-ray and nothing else in terms of media.  So, if you were looking to grab this to add them to your digital library, don’t.  Only pick these up if you want these films in your physical library.

Each of the discs included in the Police Academy box set features their own set of special features, allowing home audiences to explore more into these classic films.  Sure, each disc doesn’t necessarily contain a lot of additional content, but each one has just enough for consumers to explore them enough without feeling inundated with a lot of content.

Police Academy 3: Back In Training 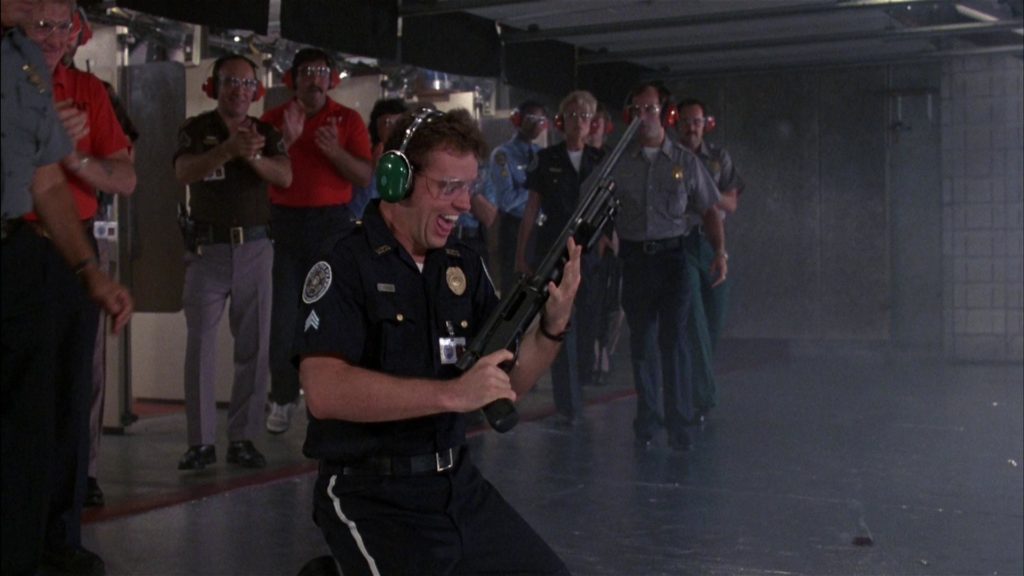 Police Academy 3: Back In Training

Police Academy 3: Back In Training: 83 minutes

Overall, I’m really happy that I decided to pick up the Police Academy box set.  Not only is it a great set to own that presents a series of classic movies that can still make audiences laugh to this day.  The quality of these Blu-rays is well above average in that they were able to maintain that older feel that these movies have to them yet still making them look absolutely amazing in 1080p.  There is a decent amount of additional content that’s made available across all of the discs included, and I can without a doubt recommend this box set to anyone who’s considering grabbing it for their collection. 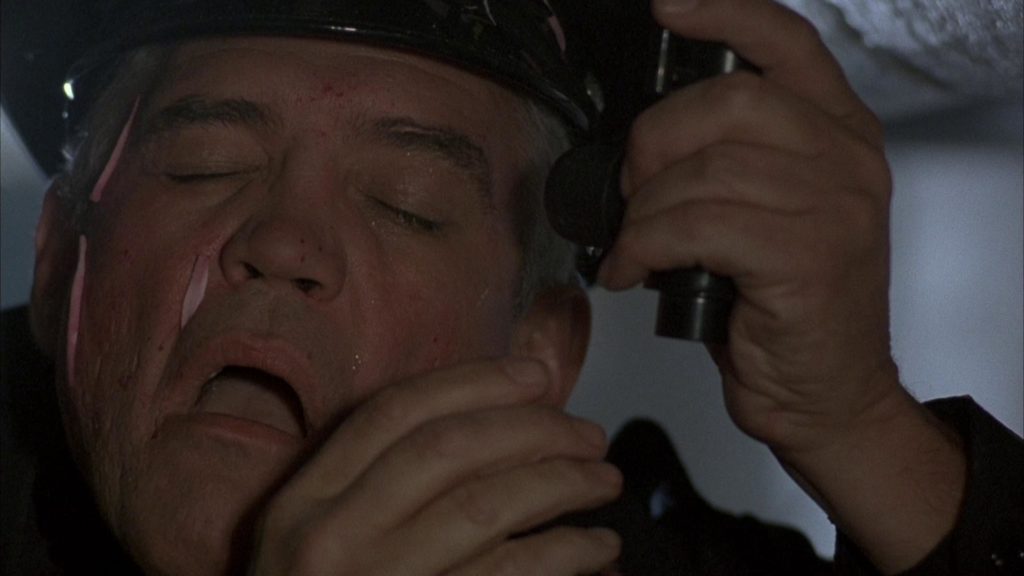