The Plague Dogs is a 1982 British-American animated adventure film that is based on the 1977 novel of the same name by Richard Adams. The film was written, directed, and produced by Martin Rosen, who also directed Watership Down, the film adaptation of another novel by Adams. The Plague Dogs was produced by Nepenthe Productions; it was released by Embassy Pictures in the United States and by United Artists in the United Kingdom. The film was rated PG-13 by the MPAA for heavy animal cruelty themes, violent imagery, and emotionally distressing scenes, and is also the first non-family oriented MGM animated film.

The film’s story is centered around two dogs named Rowf and Snitter, who escape from a research laboratory in Great Britain. In the process of telling their story, the film highlights the cruelty of performing vivisection and animal research for its own sake (though Rosen said that this was not an anti-vivisection film, but an adventure), an idea that had only recently come to the public’s attention during the 1960s and 1970s.

The Plague Dogs had a test screening in Seattle on December 17, 1983. Rosen had difficulty in finding distributors for the film, and it entered into a limited release in the Unite States on January 9, 1985. Janet Maslin, in her 1985 New York Times review of the US release, praised the visual style, indicating that “Martin Rosen treats his Plague Dogs almost as though it were live action. He varies the scenery and the camera angles imaginatively […] Mr. Rosen’s direction is quite ingenious, much more so than Mr. Adams’ story.”

There are two versions of the film. An 86-minute version and a 103 minute version. The only country that had offered the full-length film on DVD was Australia, until it was released in the UK on January 7, 2008. Many missing scenes are considered to be minor to the overall plot and were mostly removed to reduce the running time. However, one scene taken from the book that was removed was because of its shocking content. The original VHS release of the full theatrical cut of the film was released by Thorn Productions in 1982, and only around 8,000 copies of this version were made. 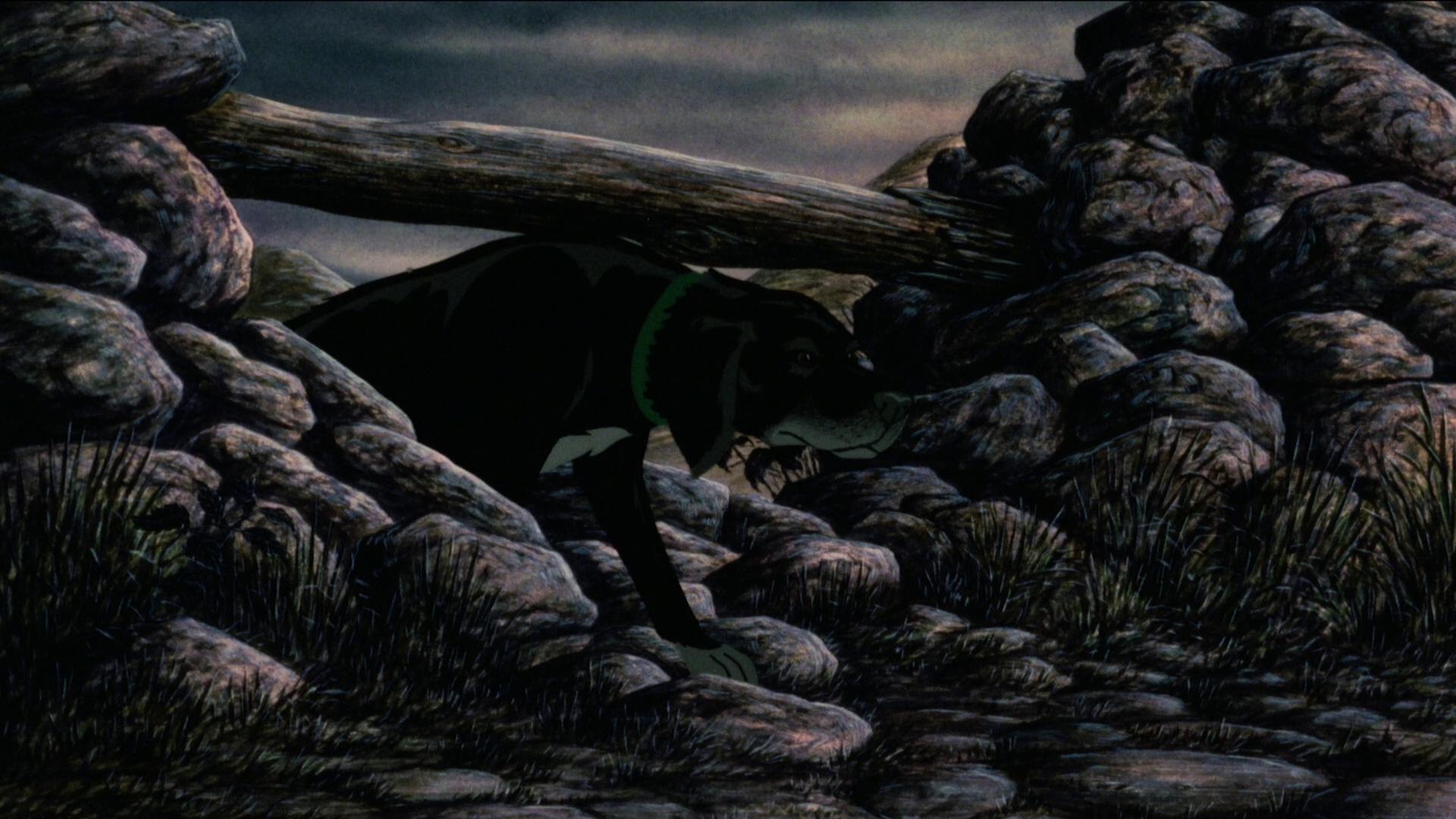 The Plague Dogs is a movie that first grabbed my attention just briefly before it was released to Blu-ray.  After seeing that it was the work of the same person who came up with Watership Down and the fact that it has been ranked right up there with the piece that’s been picked up by The Criterion Collection, I knew that I wanted to check it out; and boy and I glad that I did.  The story is a considerably emotional one that is only supplemented with an extremely fine animation style.  This movie is not one to watch passively, and it’s one that will hit you hard with a very hard-hitting story as the characters embark upon their adventures, and are absolutely brought to their wits end. 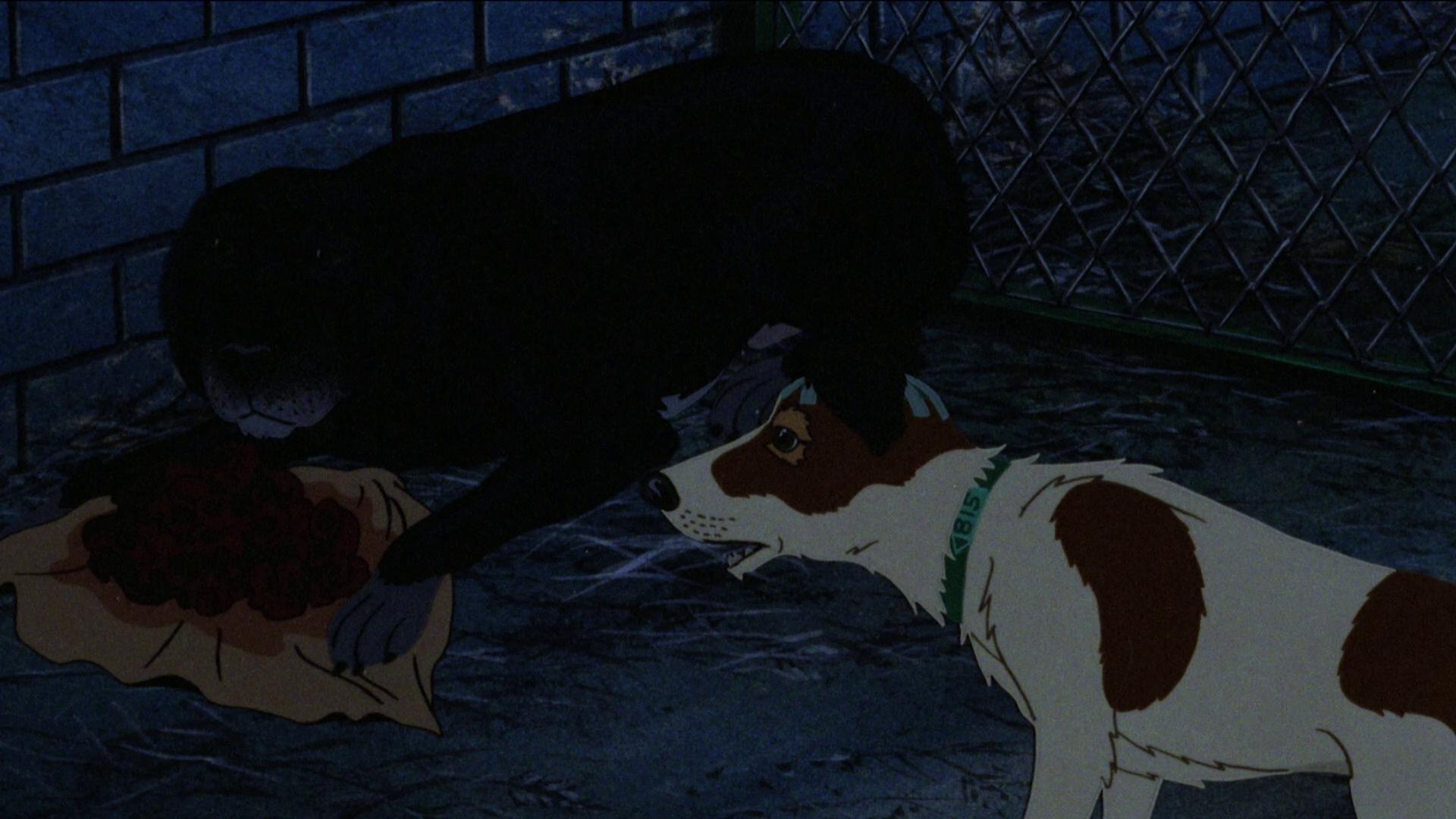 Just as you would expect in traditional fashion from Shout Factory, the Blu-ray release of The Plague Dogs offers something that is visually magical, and reminiscent of the time in which it had come out.  To help fill in for what was originally removed during the theatrical run, a print from the UK had been grabbed and blended into the 2K scan of the Theatrical Cut.  There weren’t any issues with the blending of the two sources, and the details of the movie remain pretty soft from beginning to end.  The attention to detail and the colors of the scenery really pop while the animation lines offer somewhat of a challenge, but you can tell that there was a lot of love put into finalizing this release. 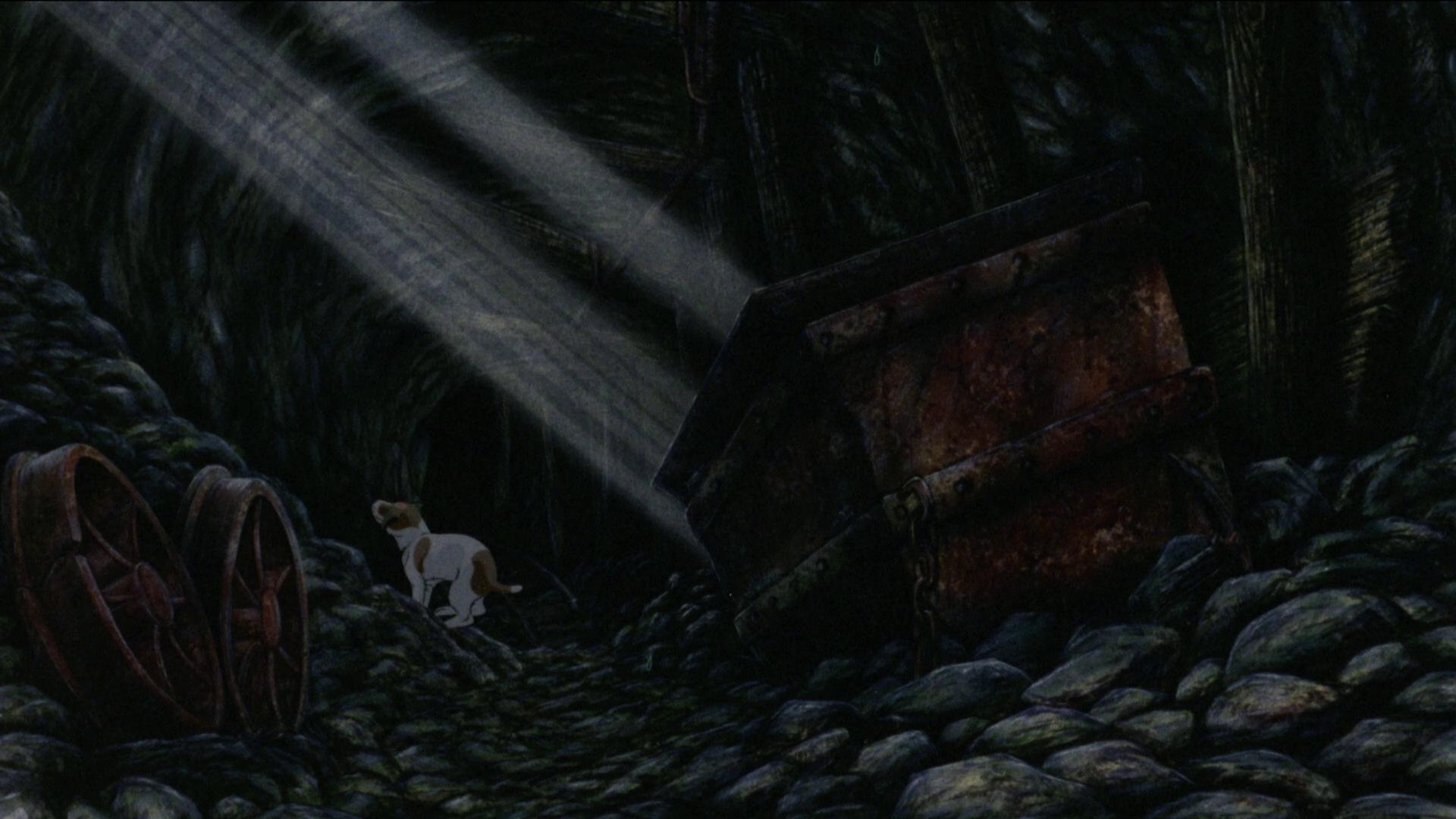 Packaged with a DTS-HD 2.0 mix, the Blu-ray release of The Plague Dogs offers a considerably clean and new take on a movie of this age.  While it’s not as immersive as it could have been, I believe this is just a mere limitation of the production material that was provided.  That said, the dialogue is spoken cleanly, especially at the times that feature accents in the speech.  The musical accompaniment are acceptable and worked well with setting the overall tone and mood, and overall I personally had no complaints with the experience this track provided. 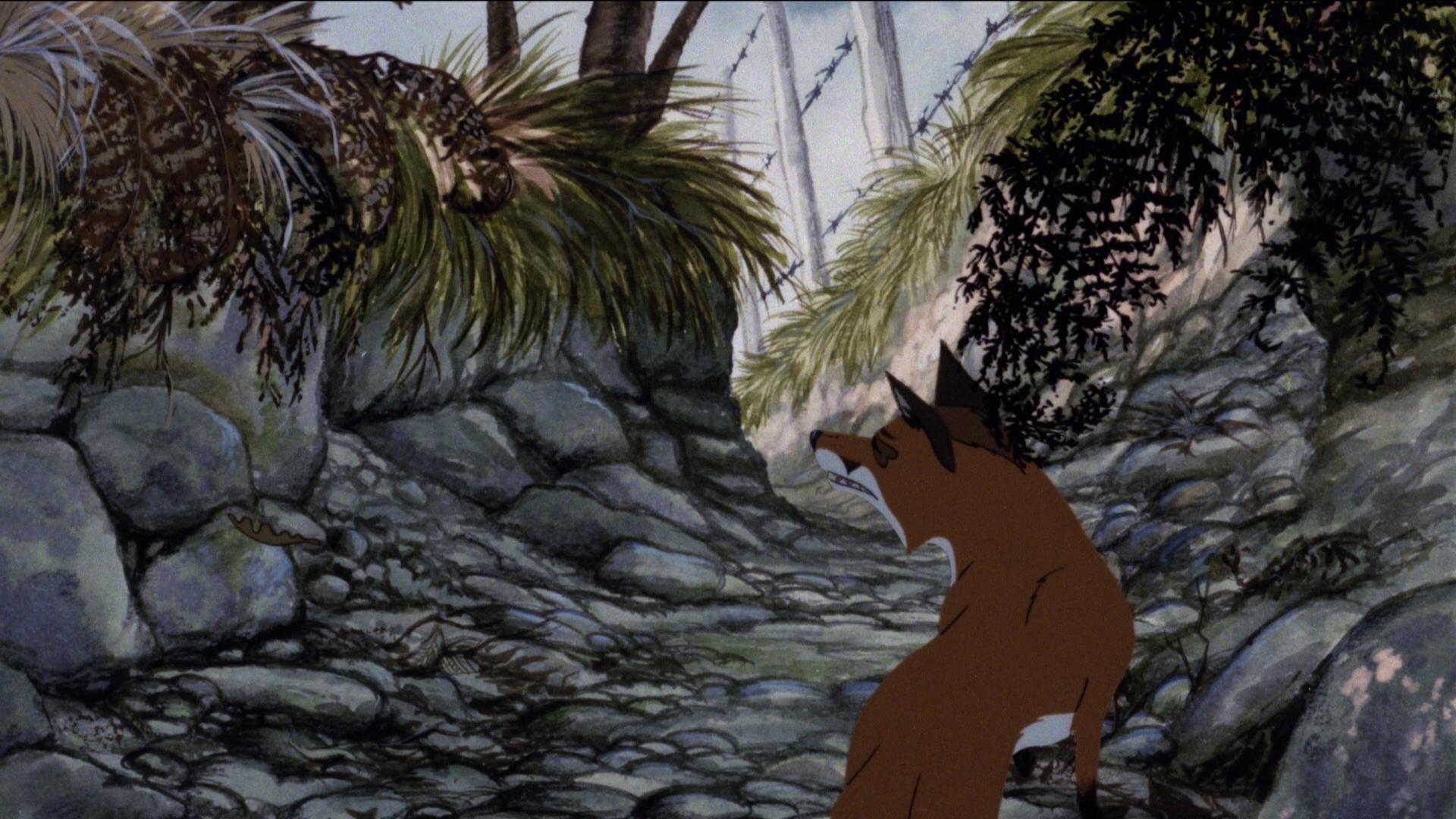 The Blu-ray release for The Plague Dogs comes packaged in a single-disc Blu-ray amaray case.  Within that case, the Blu-ray copy of the movie, the disc featuring a piece of artwork that’s related to the movie and different from that of the case.  There are no DVD copies nor are there any digital copies included with this release.  There is no slipcover available for this release. 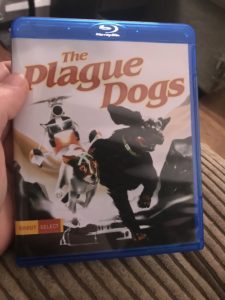 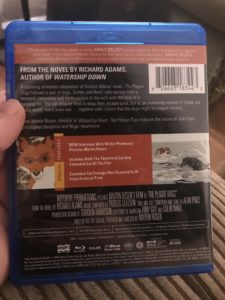 There’s only a single feature that’s been included with The Plague Dogs.  The feature that was included is simply an interview with Martin Rosen as he examine exactly how this story came to be.  For being only about 15-minutes in length, you can see the passion behind his work, there’s a deep analysis of the animation efforts, the musical score, and the variety of edits that were made in an effort to tone down the harshness.  And despite being shown in a lot of empty theaters, you can truly see the pride that Rosen has in his work as he certainly makes it clear that this was the feature film that he wanted to make. 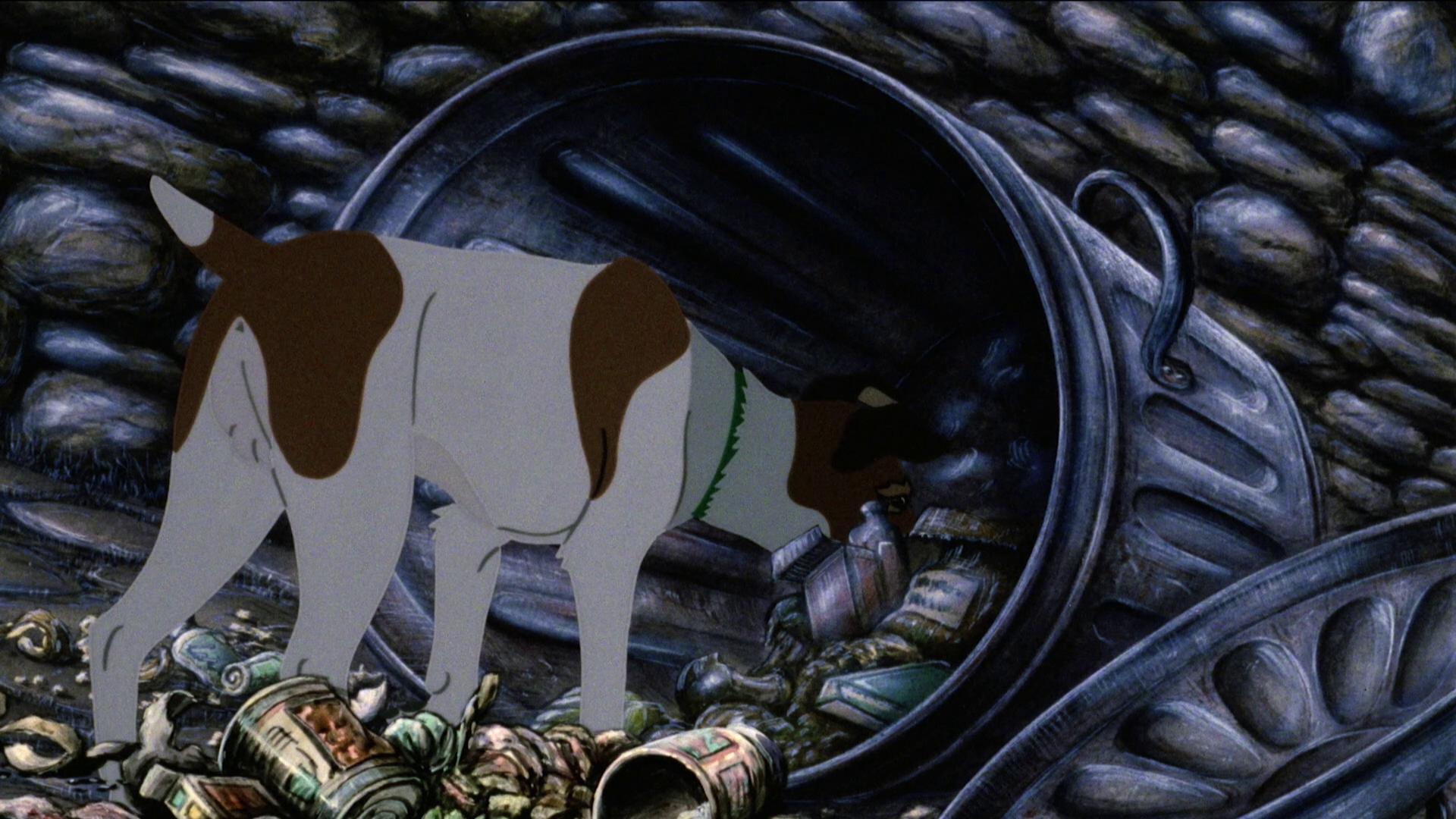 Overall, I was intrigued by The Plague Dogs.   Having only seen Watership Down in the past, and knowing of its notoriety, I knew that I wanted to check this one out.  While it’s definitely one that I didn’t expect to be as heavy, I am definitely glad that I gave this movie a chance and that I had the opportunity to give it a chance.  The story is considerably heavy-hearted and included a lot of tones that I personally never expected to see in an animated feature; but, I digress.  The presentation of this release, both audibly and visually were on point as you can see that there was a good amount of tender, love and care put into this release as the restoration efforts clearly had a good number of limitations working against them.  I would’ve loved to have seen more in terms of special features, but I can’t really complain as the single item that was included was pretty investigative despite being just under 16-minutes in length.  If you’re considering this release for your collection, I will definitely recommend it.  But, definitely go into this with the knowledge about the heavy undertones that are accompanied by this story, and definitely do a little more reading into the film.  The Plague Dogs is available on Blu-ray. 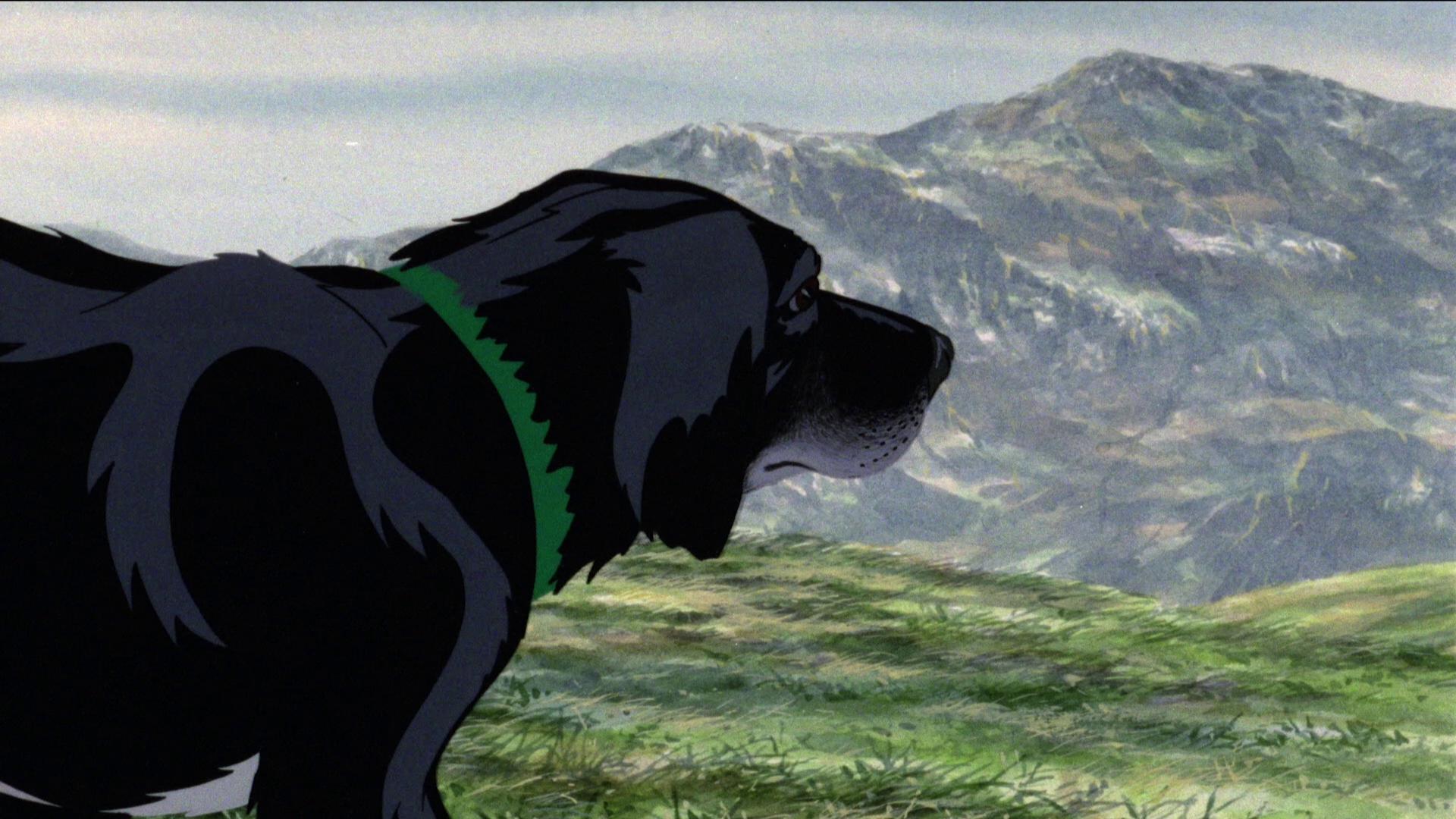