I’ll admit to having soft spot for anything related to small forest towns (I was raised in such areas surrounding Seattle) and Ryan Gosling, but I think the brilliance I find in The Place Beyond the Pines is a bit more than just subjective awe. With a unique narrative and terrific performances, the film does an beautiful job of illustrating the impact our decisions can make not only on our future generations, but also the lives others we may not even have direct connections with.

The Place Beyond the Pines features a rather uncommon storytelling technique, in that there is multiple shifts in perspective as the film progresses, but still keeps original characters relevant. Without divulging too much information, the film begins with Gosling’s character, Luke Glanton, being presented as stunt motorcyclist working for a traveling circus-type event. After a show, he notices a woman he previously had a relationship with, and after learning that she has a son of which he is the father, he decides to quit his job and stay put. In an effort to provide for his wife and son, he takes up robbing banks, with little thought to the consequences his actions may eventually have.

I originally became interested in this film when I noticed the similarity in Gosling’s character to a film he had previously starred in, Drive. Reserved, friendly and gentle in certain situations, and unusually tenacious and gritty in others, Gosling knows the role and plays it perfectly. Other familiar actors, such as Bradley Cooper, Ben Mendelsohn, and Dane DaHaan also make appearances, and bring such a life to the film in their competent, convincing, and overall very human performances. With a film that has so much to say about human nature and human life in general, having these portrayals creates characters that you can’t help but care about, and depicts the film’s themes in an effective manner. 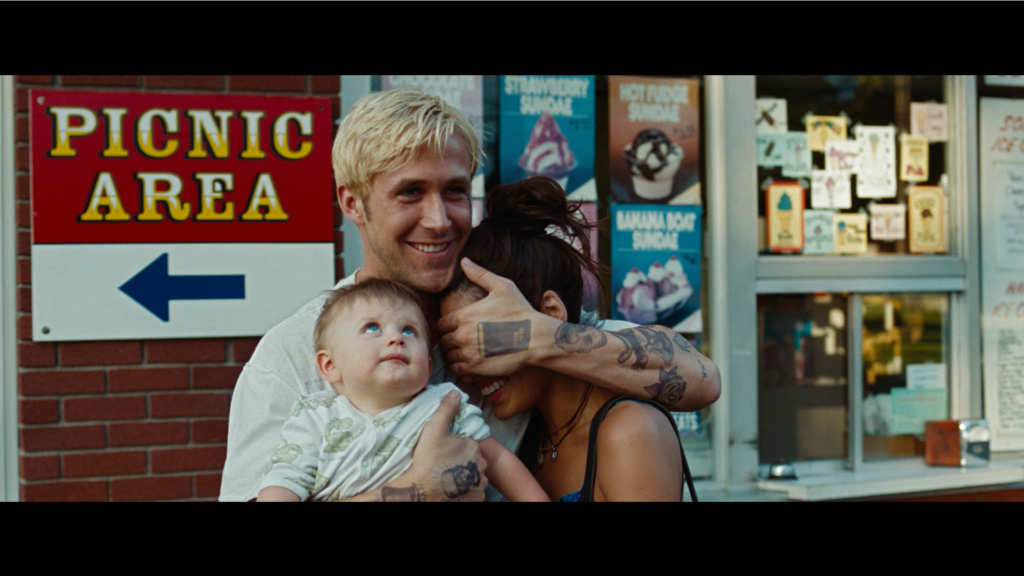 I don’t want to overstate The Place Beyond the Pines as being a flawless masterpiece; certainly, I see it as overly ambitious at some points, and even slightly loose at times in terms of story. However, my love for this film mainly stems from it’s proficient effort in developing atmosphere (you just can’t beat that small-town foresty vibe) and it’s complex, believable characters. 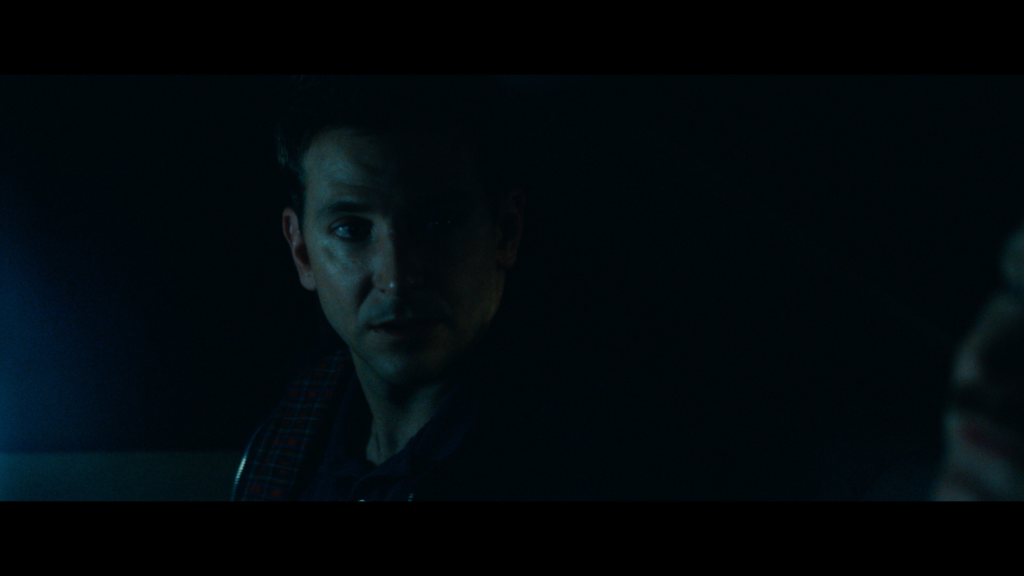 The Place Beyond the Pines is presented in quite a gritty, naturalistic fashion that wonderfully complements the film’s rather rustic tone and subject matter. Shot on 2-perf Super 35mm, which was surprising to me considering it’s budget of only $15 million, the ever-present grain of the film only helps to build the atmosphere. The picture is overall sharp, and none of the stylistic elements I described have any real negative impact on the quality of the image.

Nothing compliments a gritty, raw visual presentation better than an equally rough audio track. And I mean rough in the most stylistically satisfying way possible; this film hits high marks when it comes to harsh motorcycle engines, slurred dialogue, or solitary gun shots. The sounds are crisp, but come with an edge that to some may be a bit jarring, but in my opinion do an excellent job to bring further realism and personality to the film. It’s always an invigorating experience hearing this film on my 5.1 system, and I appreciate every little nuance the audio track delivers. 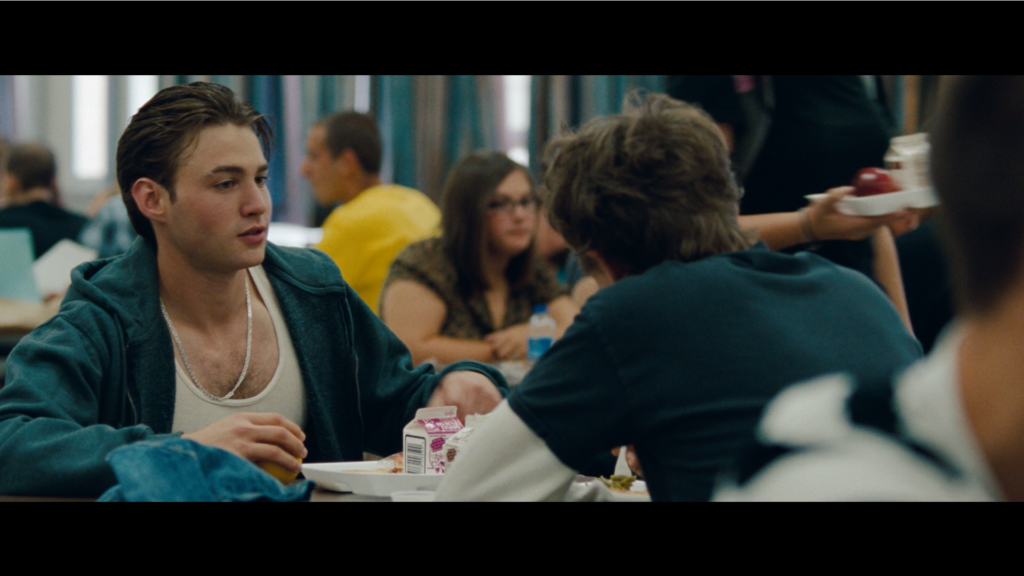 I’ll preface by saying I used the Canadian release of the film for my review. However, it is identical to the US release in regards to the transfer and special features included.

The cover is somewhat generic, with a few of the film’s leads front and center and staring off into the distance, and a shot of Luke riding his motorbike beneath them. As stated above, I can’t speak for the US release, but I was pleased to find that my edition did not have the all-too-common eco Blu-ray case. 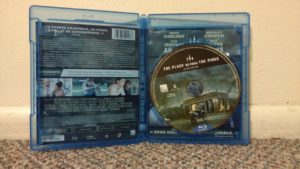 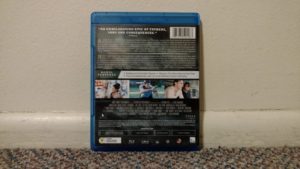 There are unfortunately very few extras included with this film. There is a rather in-depth commentary by director Derek Cianfrance that details some interesting aspects of the film, a handful of deleted scenes, and a short featurette of the film. The commentary is definitely the most meaty of the extras, but overall I’m disappointed with the offerings. 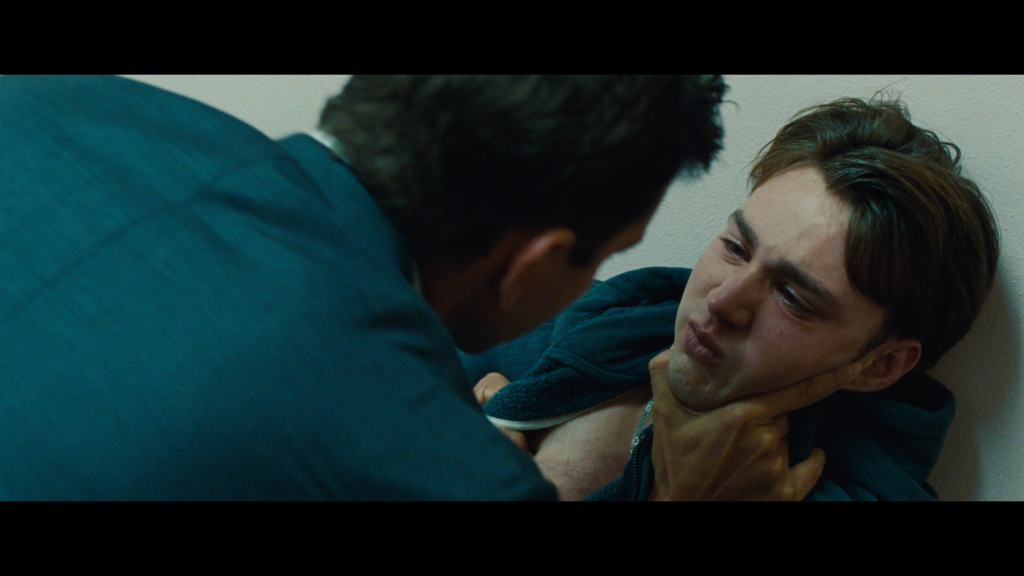 The Place Beyond the Pines does enough to set itself apart from the indie films that try to set themselves apart. Strong performances paired with an intriguing, progressive narrative is enticing enough, and this Blu-ray is able to present all that in a beautiful viewing experience. It is unfortunate that there isn’t much to sink your teeth into in terms of special features (and likely, we’ll never get any more), but simply as a film, I highly recommend it. In fact, out of all the movies I’ve seen in my life, I honestly think it’s this particular film that I’ve personally shared with the most of amount of people.