Pinocchio, a 1940 American animated musical fantasy film that was produced by Walt Disney Pictures and is based on the Italian children’s novel titled The Adventures of Pinocchio by Carlo Collodi.  This was the second animated feature that was produced by Disney, made after the success of Snow White and the Seven Dwarfs that came out in 1937.

The plot of the film involves an elderly wood-carver named Geppetto who carves a wooden puppet named Pinocchio.  The puppet is brought to life by a fairy, who informs him that he can become a real boy if he proves himself to be “brave, truthful, and unselfish”.  Pinocchio’s efforts to become a real boy involve encounters with a variety of unsavory characters.  The film was adapted by Aurelius Battaglia, William Cottrell, Otto Englander, Erdman Penner, Joseph Sabo, Ted Sears, and Webb Smith from Collodi’s book.  The production was supervised by Wilfred Jackson, Jack Kinney, and Bill Roberts.  This film is considered to be a groundbreaking achievement in the area of effects animation, giving realistic movement to vehicles, machinery and natural elements such as rain, lightning, smoke, shadows and water.

A critical analysis of Pinocchio identifies it as a simple morality tale that teaches youth the benefits of hard work and middle-class values.  Although it became the first animated feature to win a competitive Academy Award – winning two for Best Music, Original Score and for Best Music, Original Song for When You Wish Upon A Star – it was initially a box office disaster when it released in 1940.  It eventually turned a profit in 1945 when it was reissued, and is considered to be one of the greatest animated films ever made as it bears a rare 100% rating on Rotten Tomatoes.  The film and characters are still prevalent in pop culture, featuring at various Disney parks and in other forms of entertainment.  In 1994, Pinocchio was added to the United States National Film Registry for being deemed “culturally, historically, or aesthetically significant.” 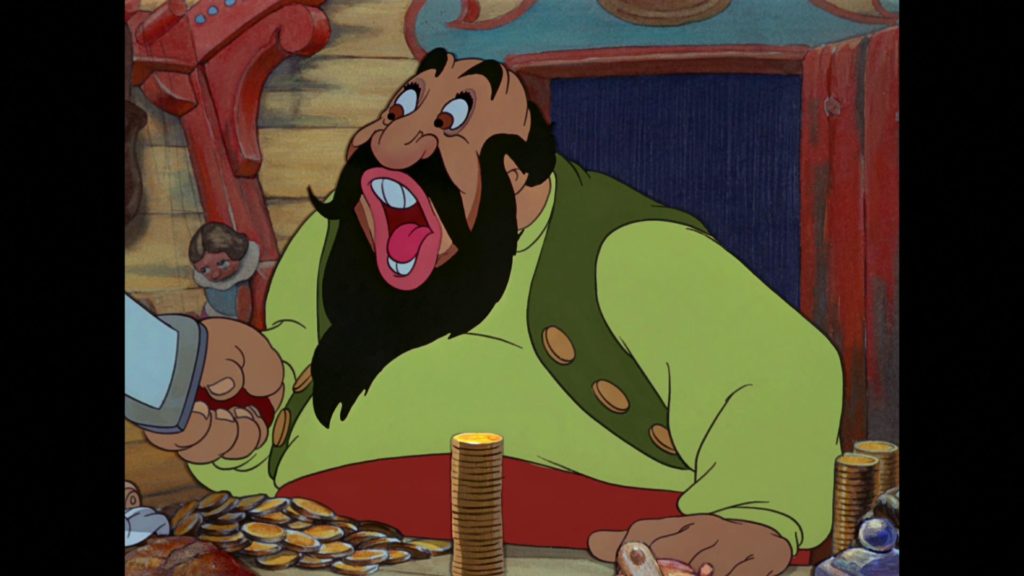 Pinocchio is a film that will always be treasured among Disney enthusiasts.  While the film itself is considerably old, the overall storyline continues to be presented in a manner that allows for it to continue to hold up throughout all of these years.  Offering the youth of today the lesson of the benefits that are associated with hard work, the benefits of being honest, and other morality lessons is something that doesn’t make its presence known too often anymore.  Sure, Pinocchio is a film that should be watched with children, but as someone who’s loved watching Disney films throughout his entire life, I knew that I had to grab this as soon as it came out. 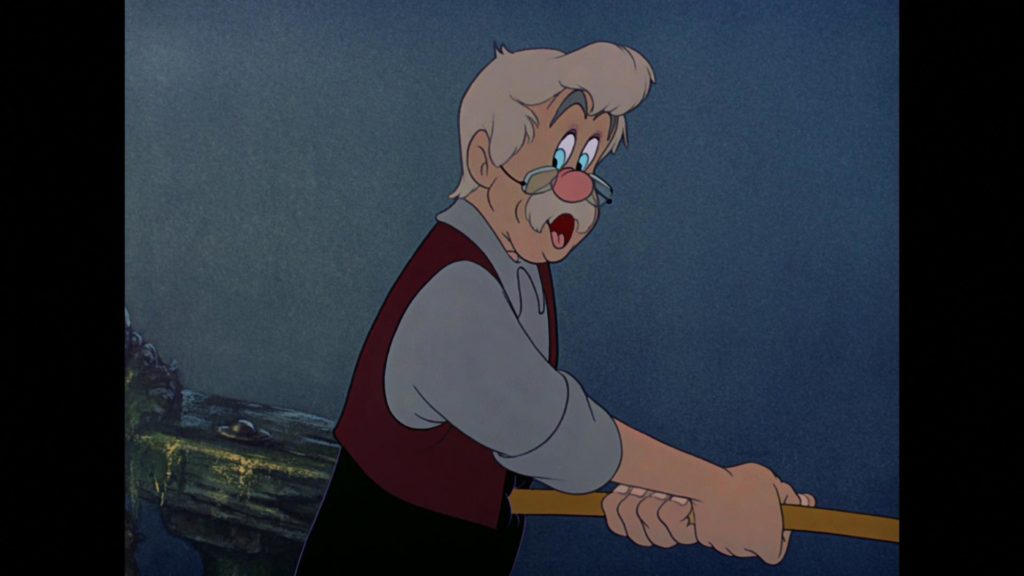 One extremely impressive element in all Disney Blu-ray releases is the work that they put into the overall visual presentation that they offer.  Pinocchio is no exception to the stellar work that they’ve done on previous releases.  Offering home audiences an extremely clear and crisp picture of an age-old tale, this particular Blu-ray release was absolutely beautiful as it played out on my living room television.  Not only was the color palette sharp, but the line work was extremely well maintained, it really made me happy to have picked this up. 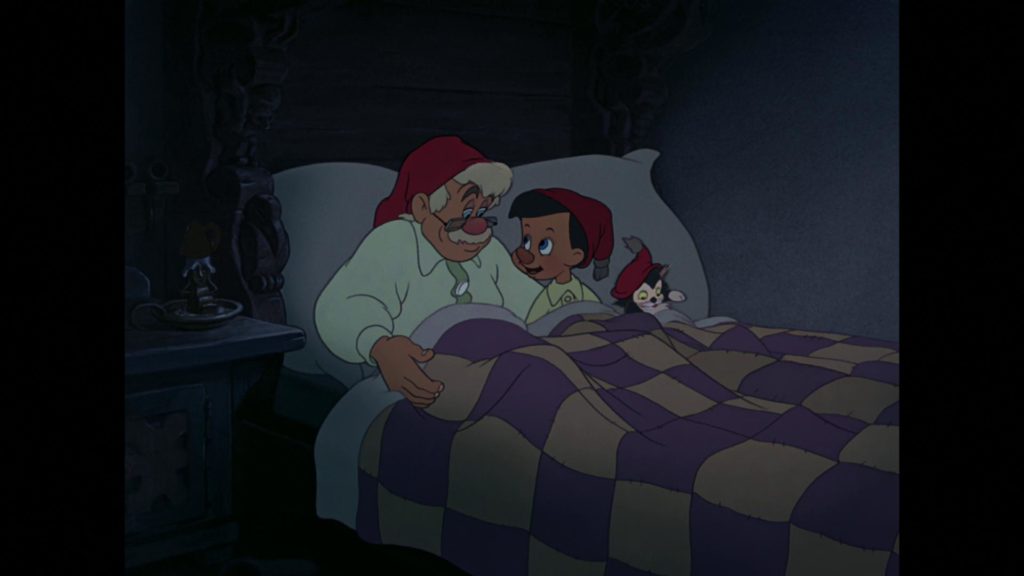 Coming packaged with a DTS-HD Master Audio 7.1 audio track, this newly released Blu-ray of Pinocchio a more immersive experience into the tale of the young puppet and his journeys to become a real boy.  Every aspect of this film, from the normal parts that were strictly dialogue to the more intensive sequences like the infamous whale scene sounded absolutely beautiful as it played through my living room receiver.  Just being able to hear the cartoon that I watched as a young child sound as if I were right there in the middle of the story just like I felt it did as a child watching this on VHS, this is greatly appreciated.  Another nice bonus about this Blu-ray release is that they offer the Dolby Digital Mono audio track to allow consumers to experience the films audio just like it was presented in its earlier years. 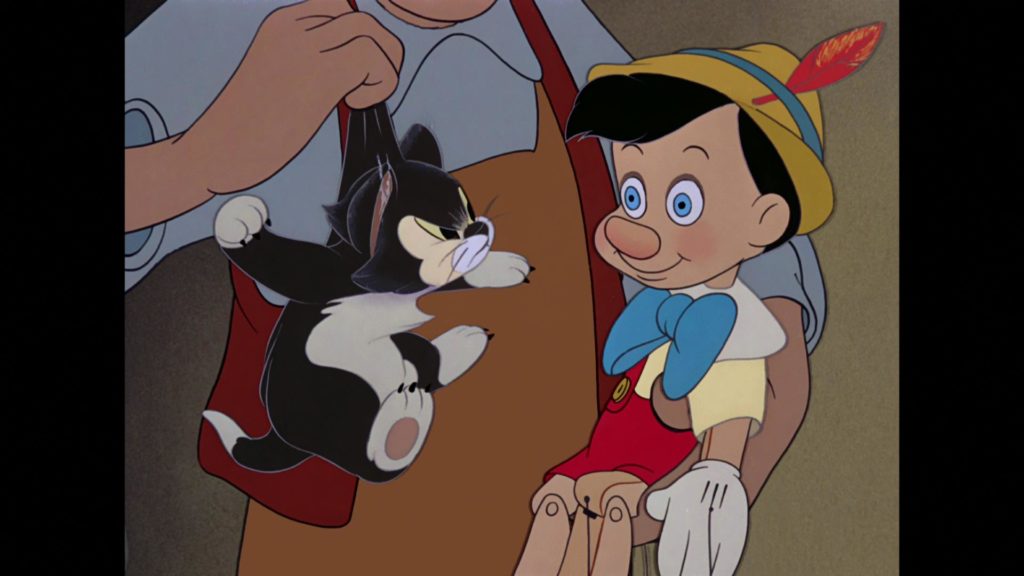 The Signature Collection of Pinocchio was made available in three releases, with two of them being a retailer exclusive.  For the sake of this review, I am reviewing the Target exclusive Storybook Release.  The Blu-ray comes packaged in a thick cardboard housing that very much resembles the look of a childhood storybook.  The storybook that’s included is the childhood favorite story of Pinocchio and also features artwork from the film.  Included within the packaging is the standard Blu-ray copy of the film, the standard DVD Copy of the film as well as a digital copy redemption pamphlet allowing consumers to add the film to their digital libraries in the cloud. 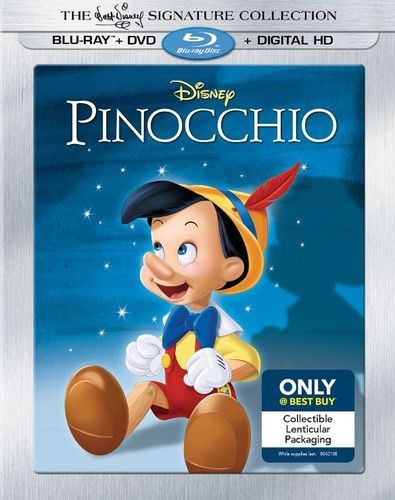 I decided to not give a rating for the Special Features that are included with this release of Pinocchio as I haven’t had an opportunity to review them in their entirety.  As with other Disney releases, I’m sure they are full of immersive opportunities for customers.  However after some personal events that came up last week, and since then, I haven’t had the chance to sit down to go through them.  According to the cardboard backing that was included with the Storybook release, this Blu-ray includes: 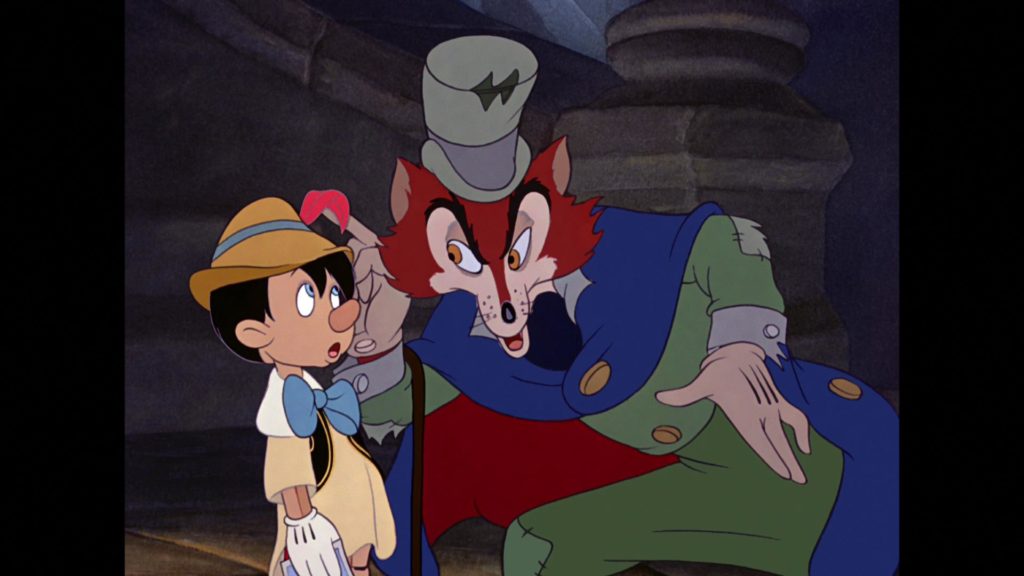 Overall, I am extremely pleased that I picked up the recently released Signature Collection for Pinocchio.  Disney has done an absolutely fantastic job with the presentation and its restoration work of this ageless classic.  Giving home audiences an extremely beautiful audio and visual presentation, children today can watch and love the adventurous puppet and puppeteer through their journeys.  If you’re interested in grabbing this release for your home collection, I would highly recommend it!  Check out the links below for each of the versions that have been made available: 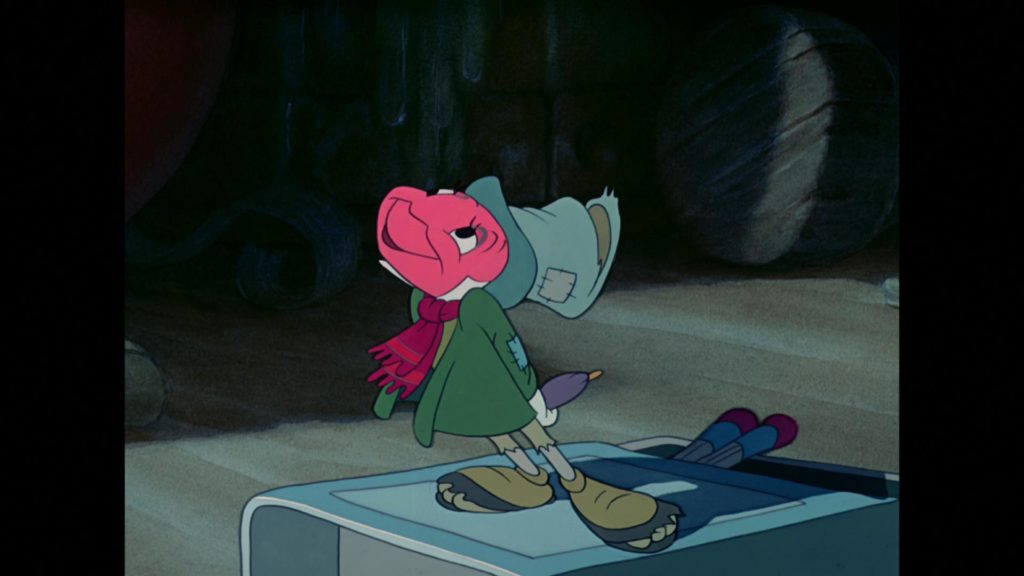