Pilgrimage is a 2017 Irish historical action drama film that was written by Jamie Hannigan and directed by Brendan Muldowney. The film features stars like Tom Holland (soon-to-be Spider-Man), Richard Armitage (The Hobbit), and Jon Bernthall (The Walking Dead, Fury) and chronicles the tale of a group of monks as they undertake a pilgrimage to transport their monastery’s holiest relic to Rome. When the true significance of the religious artifact is revealed, their journey becomes significantly more treacherous, and the groups faith and loyalty to one another are put through the most extreme of tests.

According to legend, the gold and gilded box that these monks are carrying, lies the rock that ended the life of an ancient Irish saint and that it continues to glow with divine authority. Taking place in the year 1209, a Cistercian monk who goes by the name of Brother Geraldus arrives on the shores of Ireland with a feverish aim of convincing the local order of Gaelic-speaking monks to surrender their relic. Geraldus has every intention of using relic as a source of righteous power for the Vatican, which is intending to being another crusade for Jerusalem, while the Irish monks simply wish to obey the wishes of their church.

Praised for its commendable vision of medieval Ireland with, if not accuracy, its overall sense of authenticity; the film is said to play fast and loose with the language, yet both the Irish monks and Norman knights use Gaelic and modern French to signify their differences, with the common tongue ringing with a very 21st century-accessible version of English. Small creative choices like these made Muldowney and Hannigan go a considerably long way to root the film in its setting.

Filming for Pilgrimage started in April 2015 and included various locations within the West Coast of Ireland and Ardennes in Belgium. The film originally made its premiere on April 23, 2017 at the Tribeca Film Festival in its “viewpoints” section and was originally scheduled for general release (screen/VOD/streaming) on August 11, 2017. However, for some unknown reasons, the films release has since been delayed to October 10, 2017. 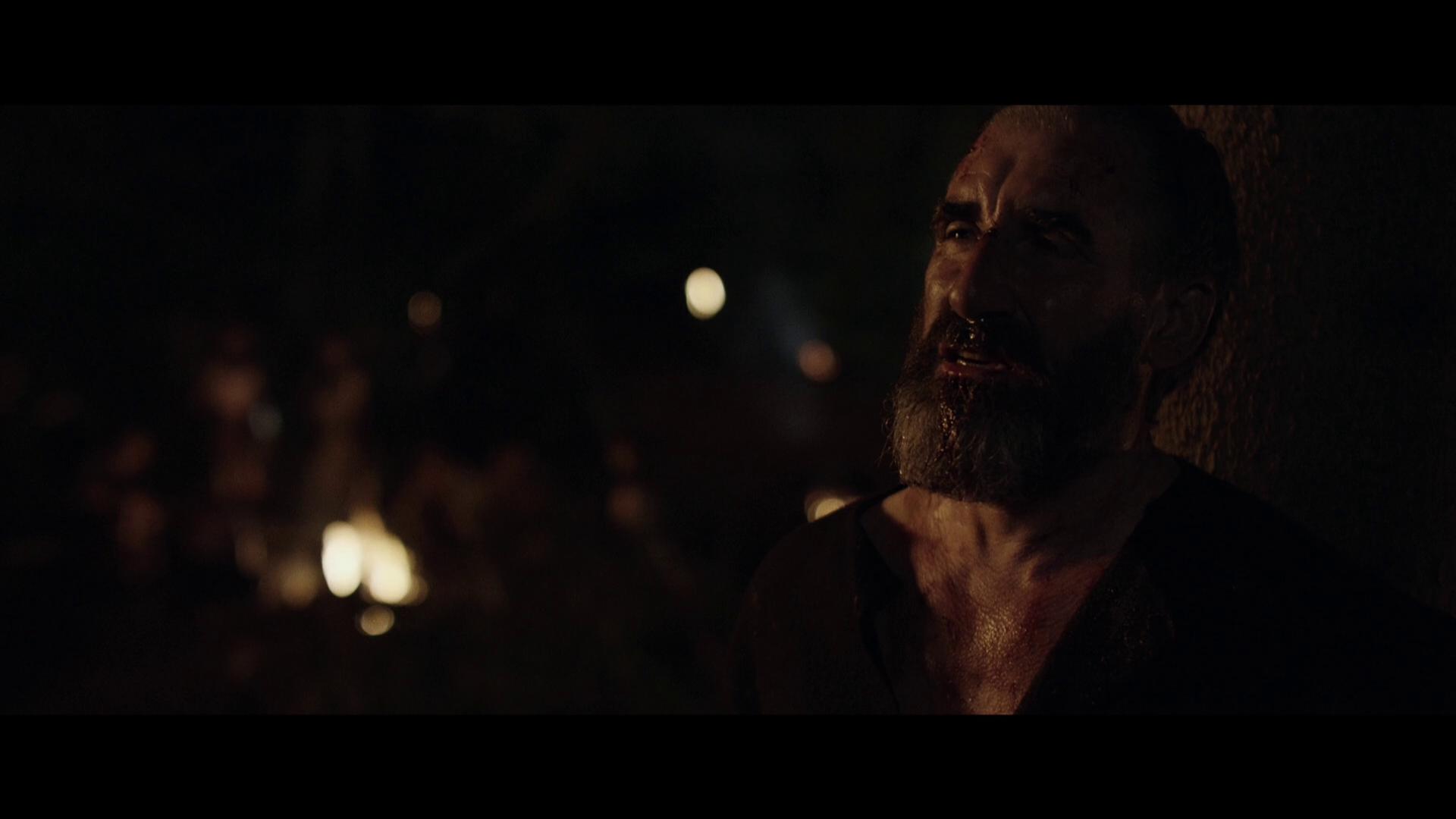 Generally speaking, Pilgrimage wasn’t a bad film.  I did have a problem with the pacing of the story as it seemed to have taken forever to actually get to a point where the story had any sustenance.  Very much like Lord of The Rings, the film centralizes across the journey across a great length of land; therefore, the film itself is pretty much a lot of walking.  However, this film was not nearly as enjoyable as the Lord of the Rings films.  I can’t really attest to the historical accuracy of the dialects that were used, but there was a decent mixture of Gaelic and French dialect that helped my wife and I to continue to focus as we had to read the subtitles in order to be able to follow what was happening.  There is also a decent amount of swordplay in the film that helped make the overall experience much better as it helped to alleviate from the overall boredom as those who were carrying the rock continue about their journey.

Coming at us in the ever loving 1080p resolution, Pilgrimage looked absolutely beautiful as it played out on my living room television.  Composed of outdoor shots, the overall scenery, really shined with visual clarity.  While the overall visual representation of this era is often shown as gloomy, there was more than enough ambient lighting during the journey of the monks.  One particular area that really caught my eye was the overall forestry that surrounded them as they moved onward.  Despite the overall gloomy undertone, the forests that surrounded them were crystal clear and looked absolutely beautiful in 1080p; hell, I can only imagine how good they would’ve looked on UHD with HDR taken into consideration too. 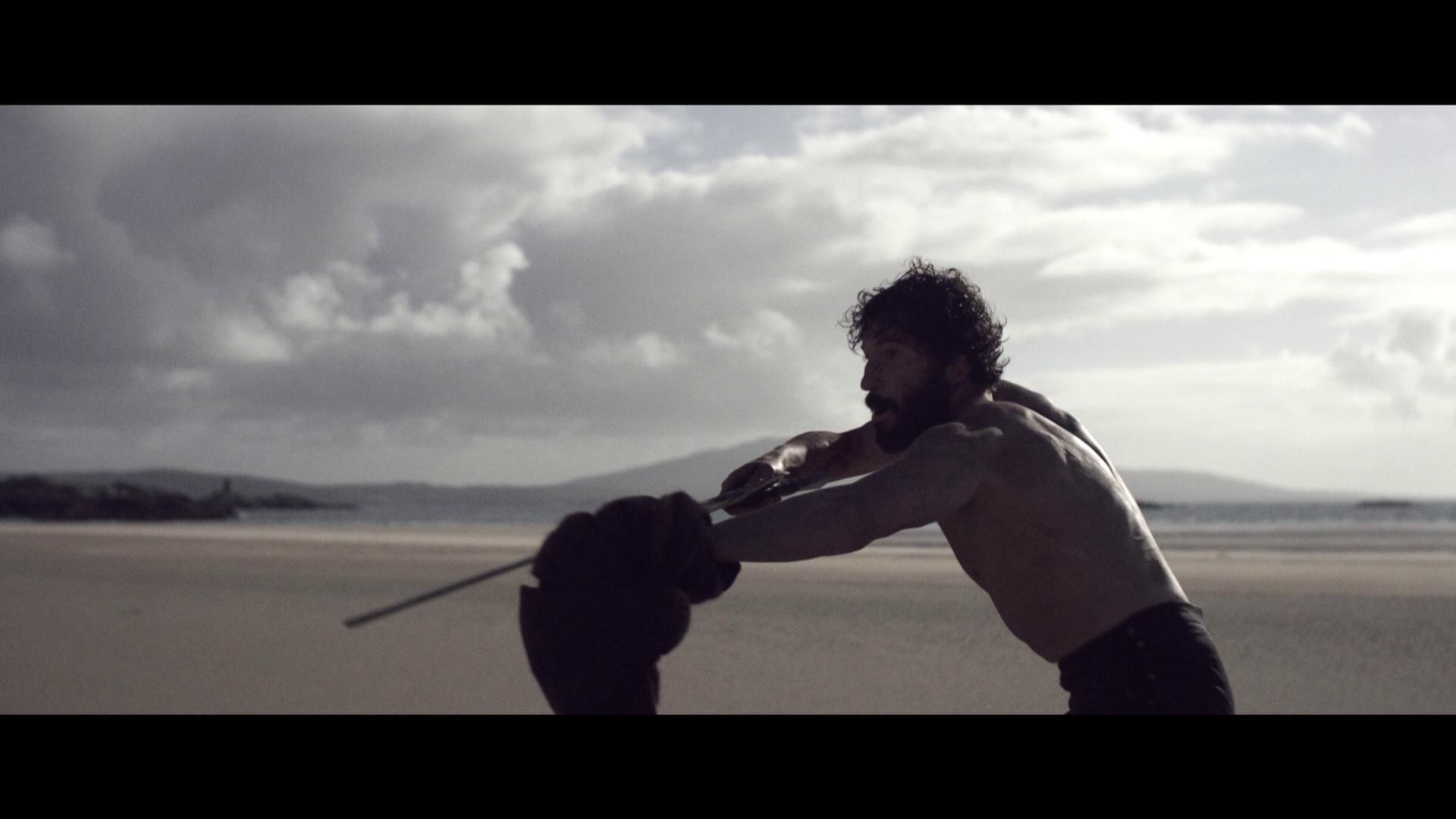 Despite being packaged with a DTS-HD Master Audio 5.1 audio track, the sound track of Pilgrimage was considerably underwhelming and didn’t really do a good job at making use of the available channels.  While the rear and surround speakers covered the films musical score for the most part, the actual dialogue and environment elements were focused more on the center and front speakers.  As a result, viewers are not offered much in terms of an immersive experience; and it was pretty much a letdown as they could’ve done better with the audio on this release and helped home audiences to feel as if they were with the monks on their journey. 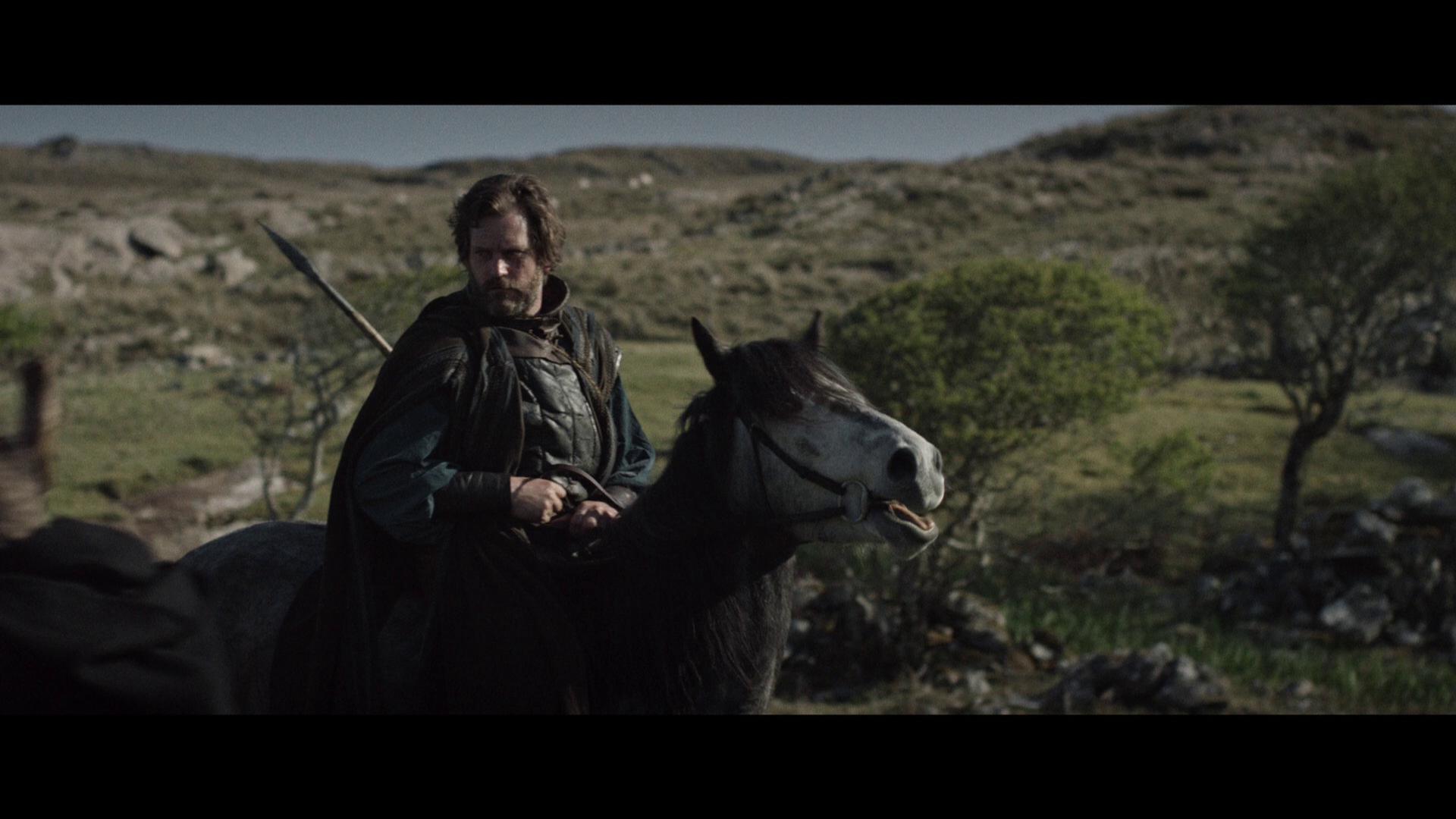 Pilgrimage comes packaged in your standard two-disc Blu-ray amaray case.  Contained within that case is the standard Blu-ray copy of the film as well as the standard DVD copy of the film, each disc bearing no artwork relative to the film and only containing the standard text that you see on the discs that’s used to differentiate the disc from others within your collection.  There is no digital copy redemption pamphlet with this release; however, there is a slipcover that’s been made available during the initial pressing. 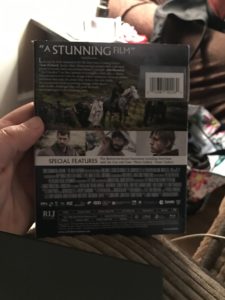 To make up for the overall boredom that Pilgrimage made my wife and I sit through, there is a lot of special features that have been made available to allow you to explore the film as well as the work that went into making this film available.  Available with this release is: 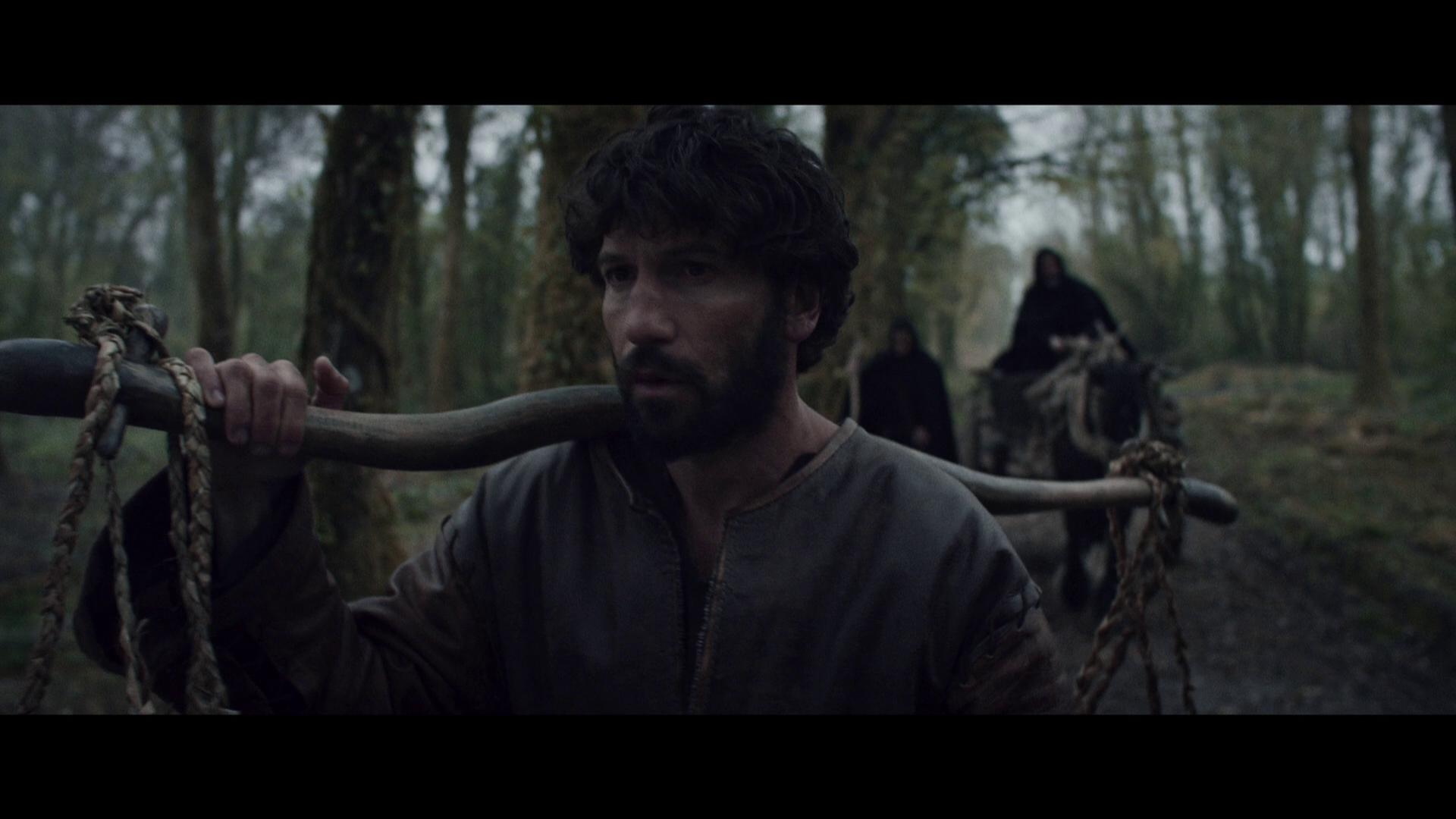 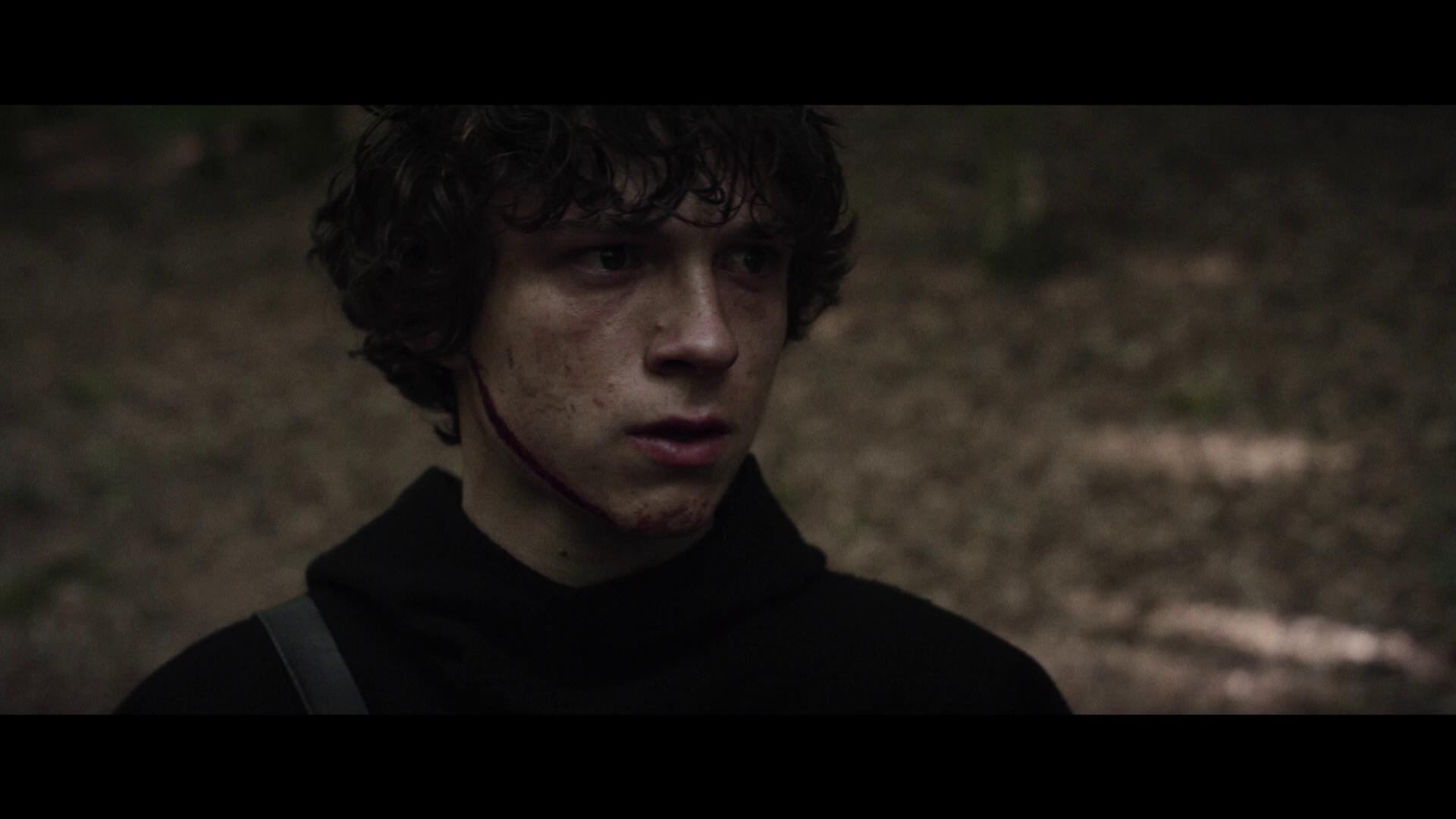 Overall, I was pretty bored with Pilgrimage.  Mostly because of the pacing that the film moves with as I found it to be considerably slow.  However, the story that we’re given with this film is one that is definitely interesting; they could’ve just done better with the progression.  The overall visual appearance of this release was stunning; however, the audio track left a lot to be asked for.  There are a lot of special features that allow you to explore the film further, that I found to be more interesting than the film; aside from the sword fight scenes.  I would only recommend this film if stories that center around religious history pique your interest; otherwise, you will find yourself as bored as I did with this.  If you’re interested in picking it up for your collection, Pilgrimage will be available to the general public on October 10. 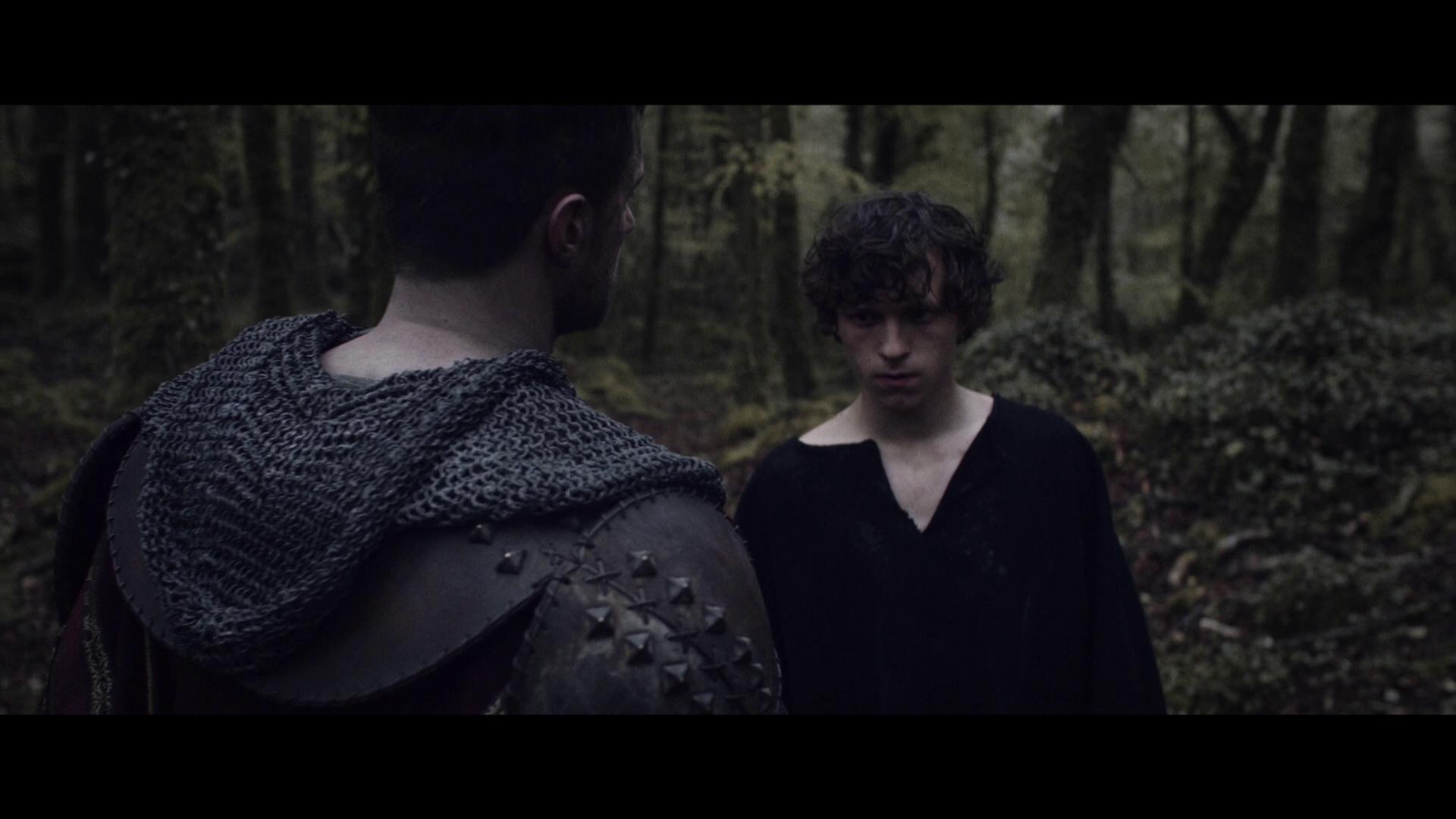