Just as a reminder, enter our Phantasm blu-ray giveaway. Complete the form here. You have until January 15th at midnight EST. Enter before the deadline or…

Like much of Don Coscarelli’s filmography, Phantasm is a labor of love. Coscarelli filmed Phantasm (1979) on a shoestring budget, using his friends as cast and crew. The film isn’t without its flaws, but it’s also loaded full of charm and wit. Parts of Phantasm come across as comedy-horror, while others still remain truly scary.  tone that would later be repeated in Sam Raimi’s fellow indie flick, Evil Dead. In terms of depth, Phantasm is leaps and bounds above most other American horror films made at the dawn of the 1980s.  While other genre filmmakers at the end of the 70s focused on the cheap thrills of murdering meddling kids by the lake, Coscarelli crafted a film that focused on the psychological mysteries of the human mind and what lies beyond.

The first time I watched Phantasm I was surprised when I realized that this was a 1970s horror sans a damsel in distress. Just 3 dudes fighting a supernatural terror. While most American horror films follow the hunter-prey narrative paths drawn by Hitchcock and perfected by Tobe Hooper in Texas Chainsaw Massacre, Coscarelli takes a fork in the road and treads in a different direction. I think that’s something to be commended when most other genre films are dreadfully derivative.

Phantasm isn’t without its flaws. Coscarelli fractures the linearity of the narrative at multiple points in an attempt to give the film a dreamlike feel. While this contributes to the unique feeling, it also can be very confounding for the viewer. Also, Phantasm is a very a low budget film. Coscarelli is very good at being creative with tight margins, but there are scenes that are still just incredibly cheesy. It’s a wonder this film turned as well as it did. 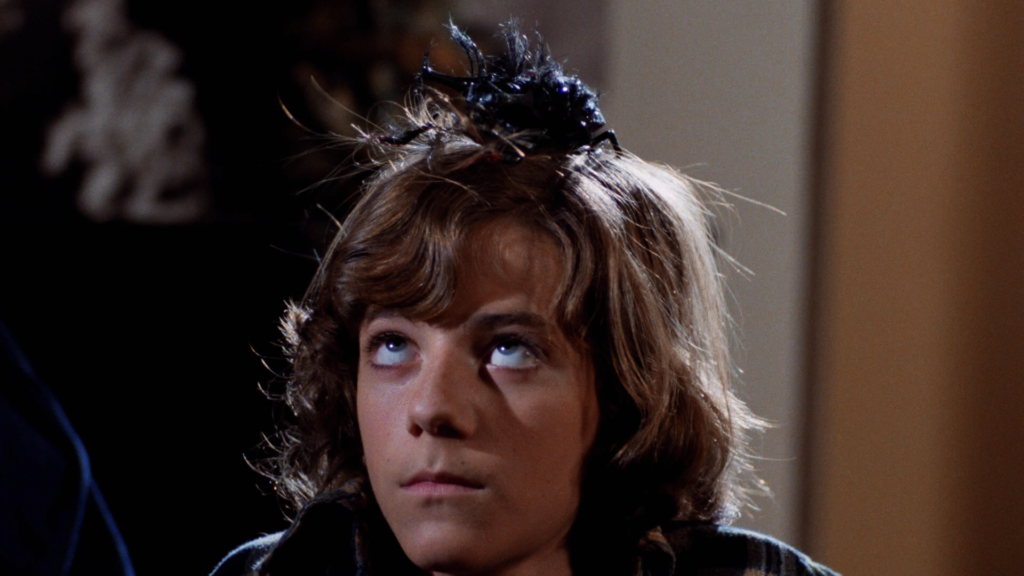 Most low budget films fade into obscuria, but Phantasm has aged very well. I could sit here and pick at the flaws all night, but it’s much funner to tell you why it’s awesome. It’s a shame this movie has been so hard to get on DVD and blu-ray until 2016, because it really does need to be seen by more people. The parts that are cheesy, such as the giant rubber bug (a trademark of Coscarelli’s films) come across as charming more than out of place. The moody synth soundtrack fits right in with the amazing work done contemporaneously by John Carpenter and Goblin for other genre films. Angus Scrimm plays the Tall Man to great effect, creating a truly mesmerizing and iconic villain. Tommy’s Plymouth Barracuda is badass. If you like engaging your imagination, and you are willing to look past the flaws then Phantasm is fantastically fun film. 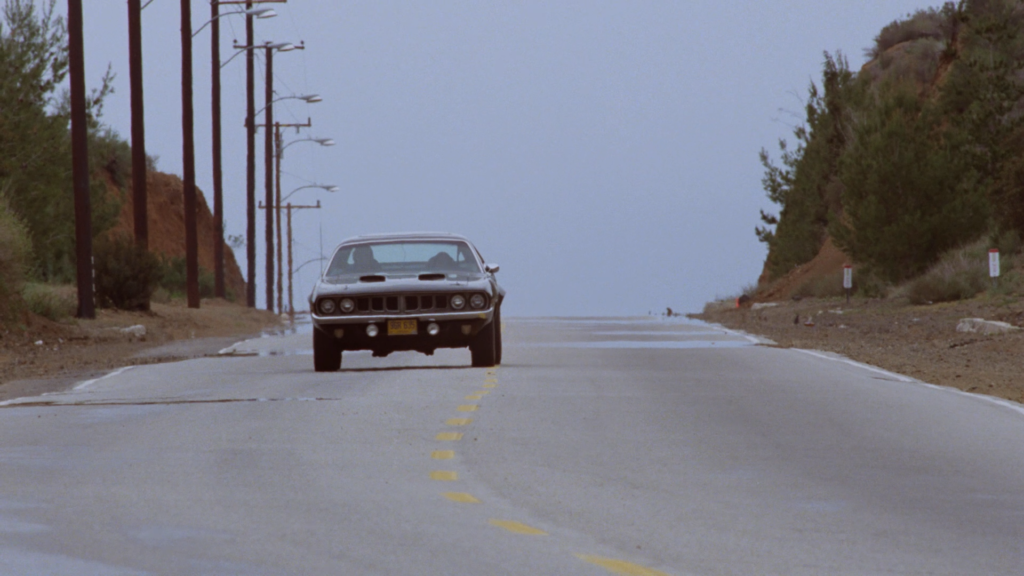 Bad Robot’s new master looks amazing on blu-ray. Few blu-rays made from 1970s footage look this crisp. The DVNR isn’t overpowering, and the cleanup work is a sight to behold. A lot of dedication, love, and care went into bringing this film to 4K. Be warned that some effects were digitally upgraded as a part of the transition to 4K. If you want to see fishing line and weirdly placed shadows when Phantasm’s famous sphere is unveiled, you’re gonna have to find the DVD (which until recently was a daunting task). The only flaw that jarred me with the 4K upgrade was a photo of Mike’s house they interposed onto the original film. I’m sure it looked fine on soft 1970s prints and even on DVD, but compared to the crisp 4K the rest of the film has been converted to it looks out of place.

It does stink that the 4K transfer wasn’t given a UHD release. In fact it’s somewhat paradoxical that tons of digital 2K mastered films are going to UHD, while classic films previously mastered in 4K are left to sit on the bench (I’m talking about you, Blade Runner). Don’t let that fact stop you from purchasing this blu-ray, it is still a must watch for any genre fan and is worth every penny.

Coscarelli and Abrams didn’t just upgrade the picture quality for Phantasm, they also gave it a new 5.1 Dolby Digital HD soundtrack. While upgrading mono soundtracks to surround sometimes comes across as a bit gimmicky, this new soundtrack is amazing. The synth score is really brought to life by the new tracks. I’ve watched this film with the mono soundtrack on DVD and laserdisc several times and I can say without hesitation that the representation of the musical score on this blu-ray is amazing. Just as an example, hearing Angus Scrimm yell, “BOY!” in his iconic voice as eery synthesized organ music plays in the rear surround speakers is a real treat.  However, if you’re hankering for the original mono it’s also there on the blu-ray. 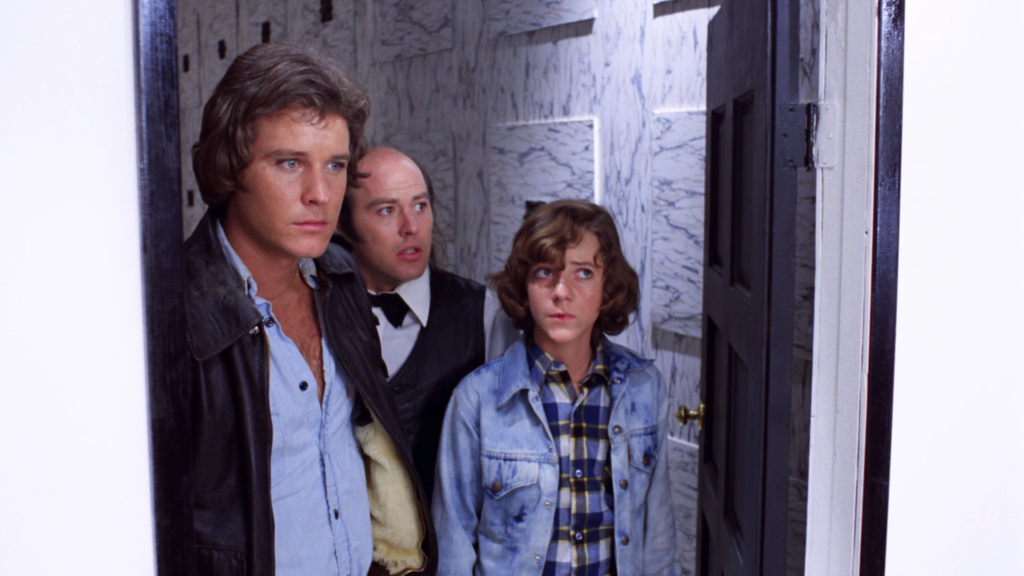 The foiled shiny slipcover looks great, and won’t look out of place next to your other prized genre re-releases. This is one of the most fully featured releases ever put out by Well-Go USA. While their packaging and slipcovers are always more than adequate, their physical media releases are usually barebone when it comes to Special Features. Hopefully setting a new trend, Phantasm offers a full commentary track (the first time I’ve seen commentary on a Well-Go release), and includes some great extra videos and interviews. It’s a shame they didn’t push over some the extras from the special edition laserdisc release, but they wouldn’t be the first or last publisher to spurn the special features from previous releases. 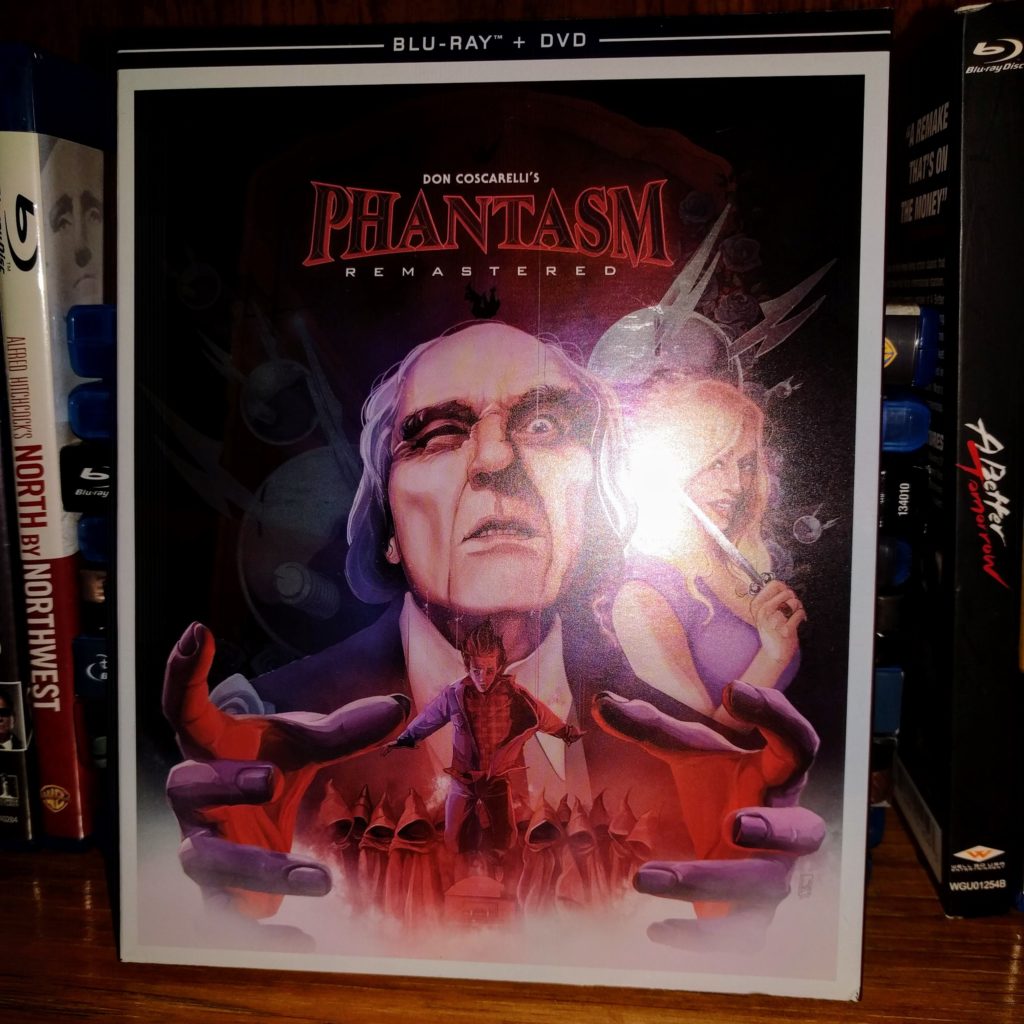 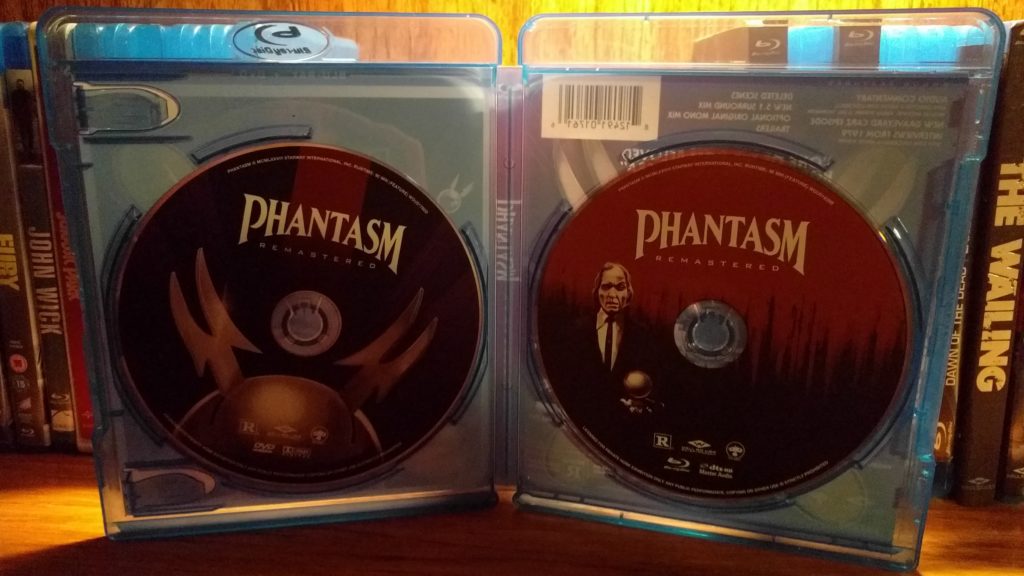 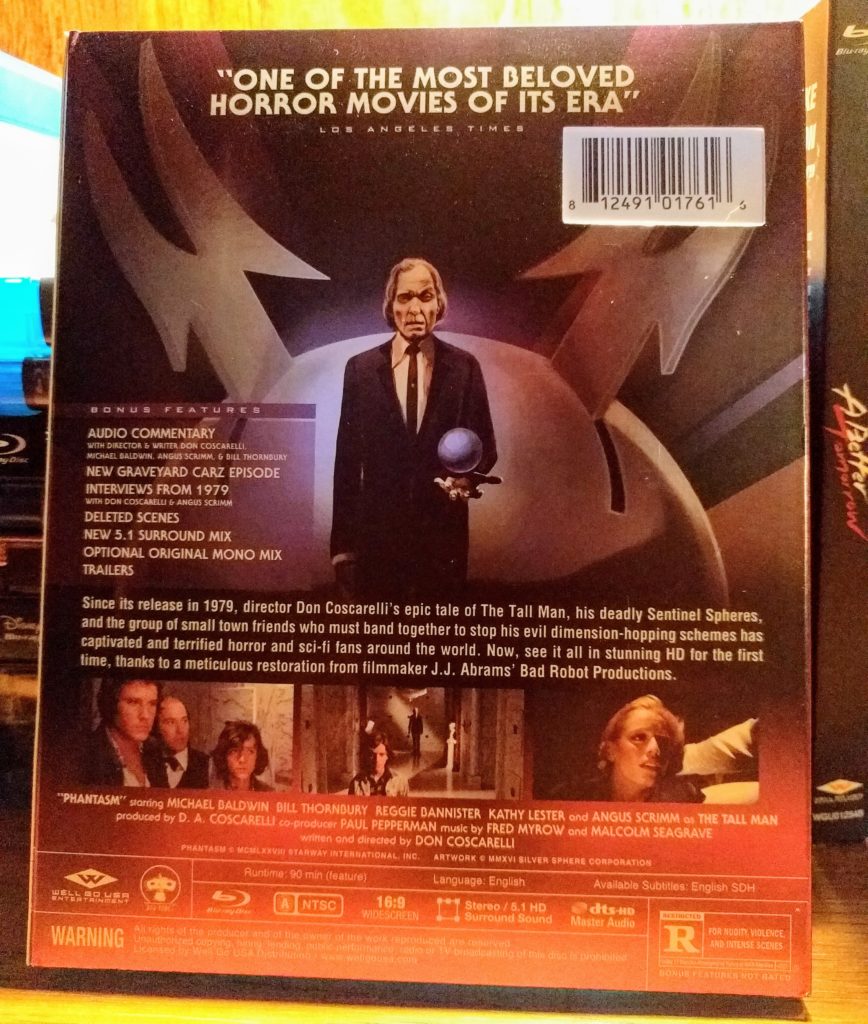 Woefully neglected until 2016, Well-Go, Don Coscarelli, and JJ Abrams have finally brought this fantastic cult film back into the limelight. Best of all, they’ve given it a gorgeous 4K digital master. They’ve truly given this film a new lease on life. According to my understanding, the original negatives were in very bad shape so that’s not necessarily an overstatement. Had Phantasm not been brought to digital, there’s a genuine chance this Indie flick might have faded into obscurity in the modern world of HD and UHD releases. 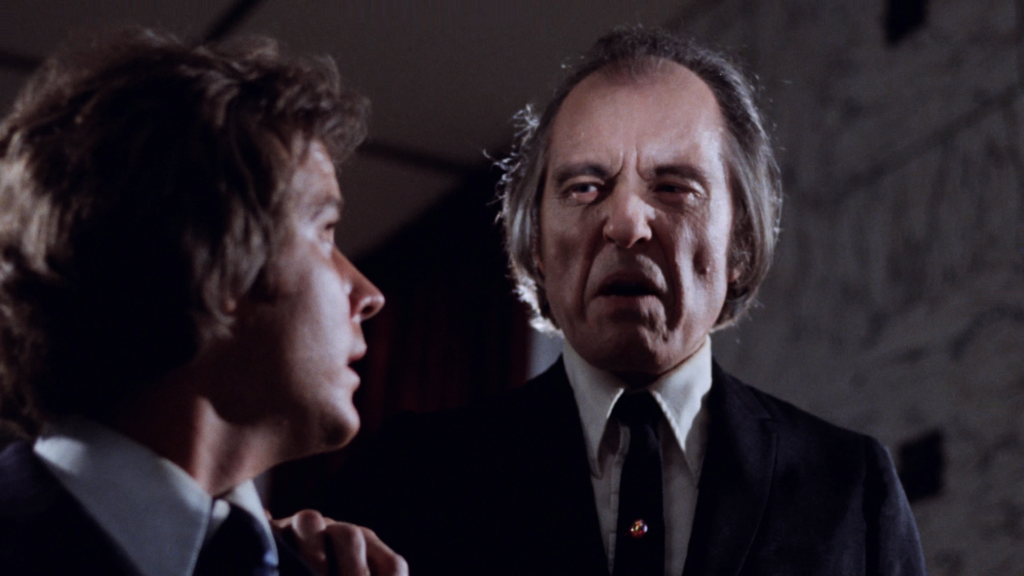 To say I was excited when this title was first announced is an understatement. Anchor Bay Entertainment last released Phantasm in 2007 on a rather lackluster DVD, which has become woefully out of print. Prior the release of the new Blu-ray, used copies of the DVD were selling on Amazon and ebay for $40 or more. Whether or not you’re reliving your childhood or are a big genre fan, this is a great release of a great movie. I recently included Phantasm on my list of the best blu-ray releases from 2016, and it’s not hard to see why. 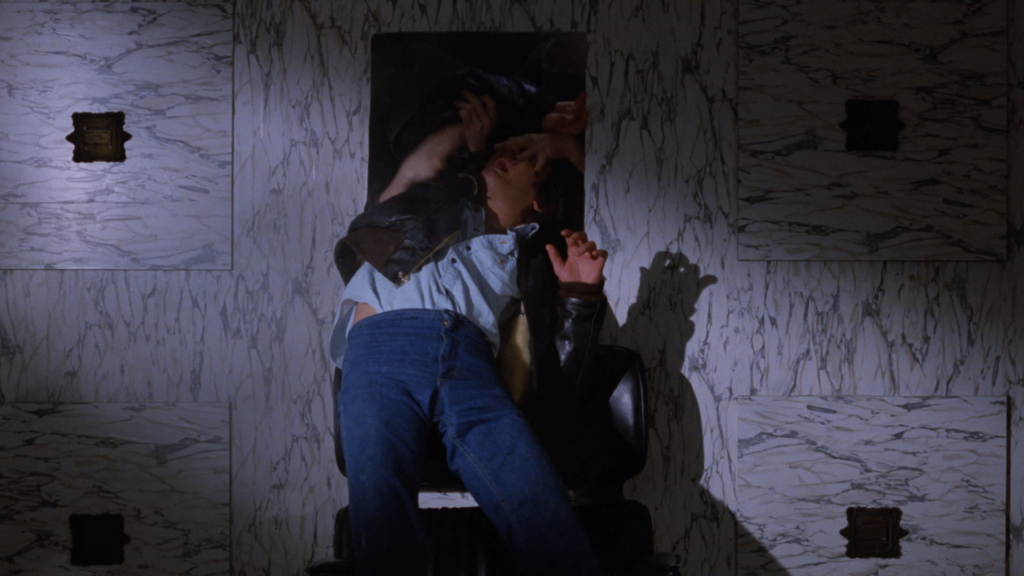 Disclaimer: I purchased this copy on my own to add to my collection. The giveaway copy was provided separately by Well-Go at their own discretion.