Peppermint is a 2018 American vigilante action film that was directed by Pierre Morel and stars Jennifer Garner. Also starring John Ortiz, John Gallagher Jr., Juan Pablo Raba, and Tyson Ritter, and the plot follows a mother who has set out for revenge against the cartel that had killed her husband and her daughter.

The film starts off with an unidentified woman that is engaged in a brutal fight with man in a car, as she finally dispatches him with a shot to the head. It then rewinds to five years prior, the same woman is working as a banker in Los Angeles and is struggling to make ends meet. Her husband, Chris, owns a failing mechanic shop and they have a ten-year-old daughter together. Her husband’s friend tries to talk him into robbing Diego Garcia, a powerful drug lord. The offer is declined, but not before Garcia has already discovered his involvement and has ordered his men to make an example out of him. Mother and father take their daughter out for pizza and to a carnival for her birthday, and as the family is walking to their car, Diego’s men gun down her husband and daughter in a drive-by shooting.

The film was released in the United States on September 7, 2018. It has grossed over $51 million worldwide and overall received generally negative reviews from critics, although Garner’s performance was praised. According to the review aggregation website, Rotten Tomatoes, Peppermint holds an overall approval rating of 11% based on the 121 reviews that have been submitted, and an average rating of 3.3/10. The website’s critical consensus reads that it’s “Far from refreshing, Peppermint wastes strong work from Jennifer Garner on a dreary vigilante revenge story that lacks unique twists or visceral thrills.” 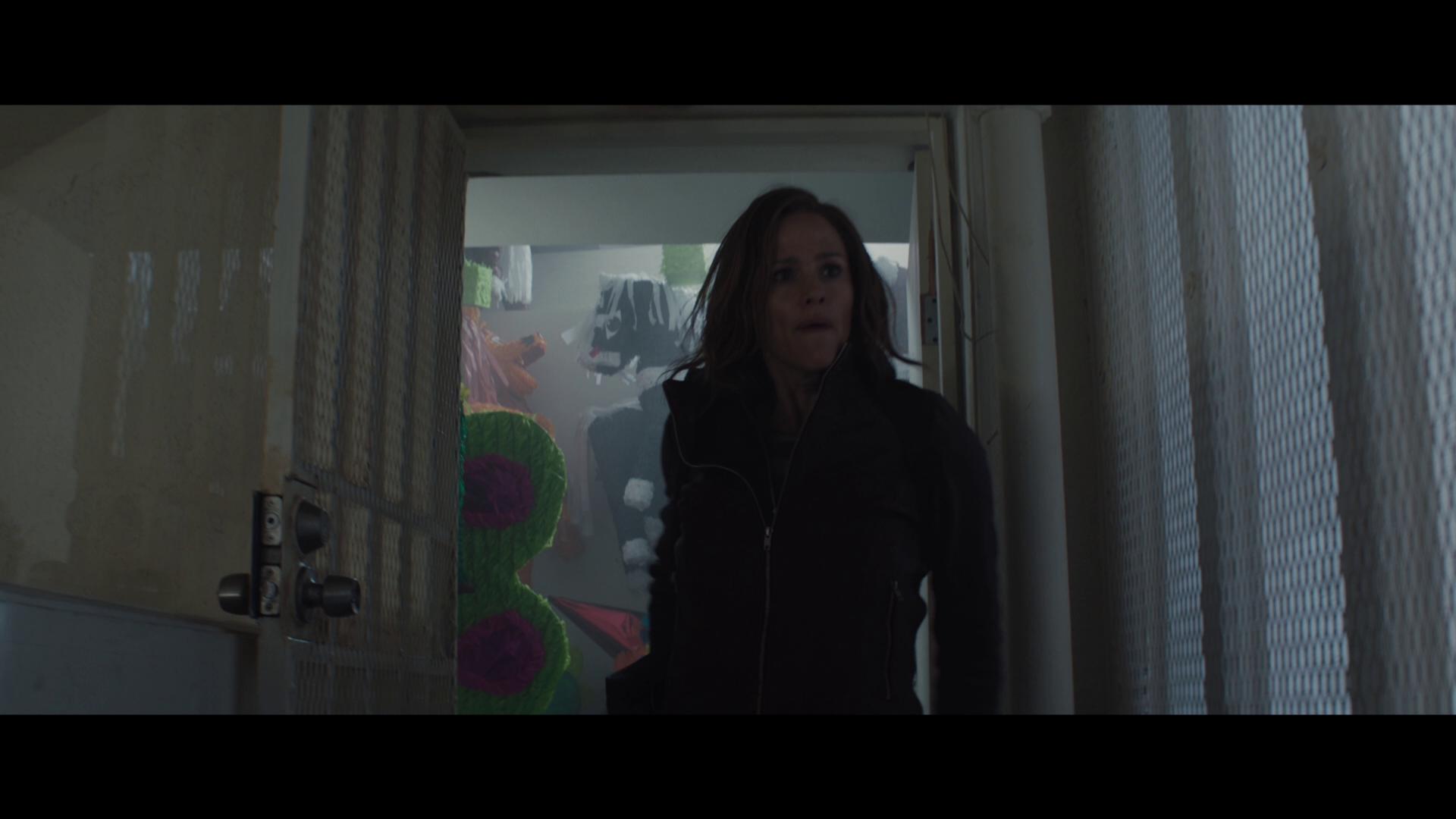 Peppermint is a movie that provides a considerably grim and dark storyline that’s made out to push audiences into an pool of empathy as they register the unspeakable items that she’s fallen victim to, and ultimately root for her retribution. With the extreme impact that those events create, one can only really feel the cliched emotions that accompany those events, and her progression as she’s trying to work her way to the leader is an admirable effort as we see her go from being fearful, unsure of of whether or not she wants to go through with the extreme measures, to a person that realizes the volume of what she’s lost and that she will sacrifice whatever she needs to in order to get retribution for the death of her husband and daughter. Garner’s involvement with this film was spectacularly executed, and her performance was really the only good part of this experience. Her portrayal is not only believable; but, her commitment to the role helped portray a real human side to the character. The storyline as a whole, though, really lacks any kind of originality and is slightly reminiscent of the films of the Taken trilogy.

While Peppermint was filmed digitally, Universal Studios opted to not go with a 4K UHD release, mostly because it’s understandable that the utilization of HDR wouldn’t really add much in terms of detail. As it stands, the visuals, the textures, and the colorization of the movie were more than sufficient in the overall presentation. The effects that were used to portray the variety of wounds that were had were really well done and offered an extremely believable visual to the severity of things that were unfolding. There could have been more ambient lighting in the lower-lit sequences to make things easier to see; but generally, it didn’t really distract from the experience as a whole. 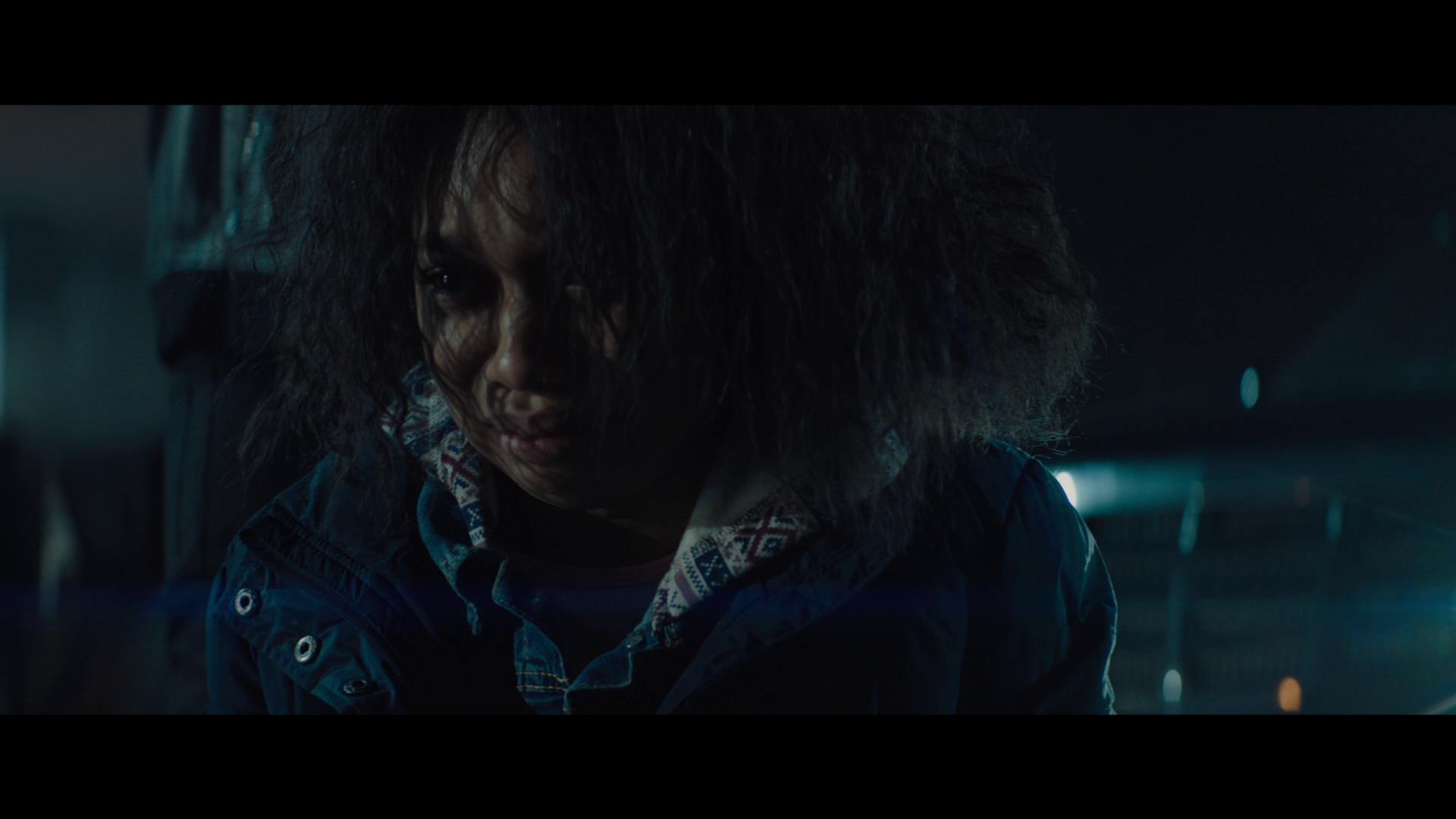 Packaged with an English DTS-HD Master Audio 7.1 mix, the Blu-ray release of Peppermint gives audiences a semi-decent, and extremely powerful look into the story they had set out to present. While there isn’t much in terms of immersion between the transitions in the channels, it does extend itself very nicely to the rear and surround channels of the mix. The musical accompaniment tends to stick to the front channels, making sure that they don’t overpower the dialogue or sound effects. The transitions, while not really being too immersive, did move pretty smoothly, and with that mixture, provided an expected experience as a whole. The dialogue is spoken cleanly, ensuring that the characters are heard and understood without any need to adjust the volume levels at all. 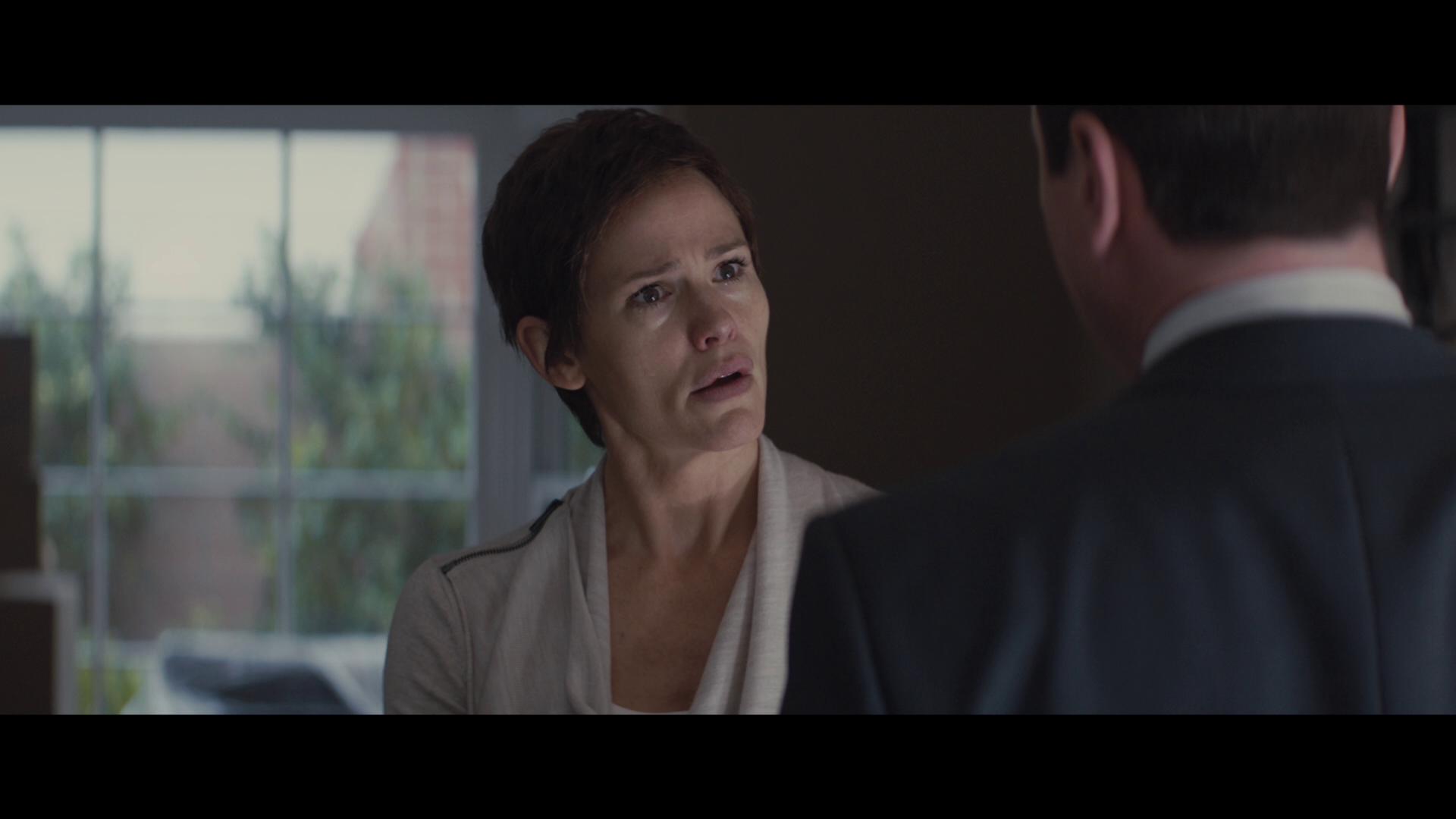 The Blu-ray release of Peppermint comes packaged in your standard two-disc Blu-ray amaray case.  Within that case, the standard Blu-ray copy of the movie, and the standard DVD copy.  Neither of those discs include any artwork outside of the standard release text and solid colored background.  There’s a digital copy redemption pamphlet in the package, as well as a slipcover that’s been provided that features the same art that’s been made available on the case. 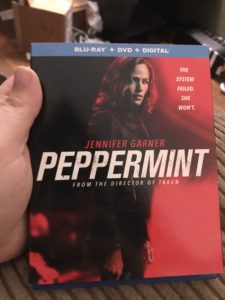 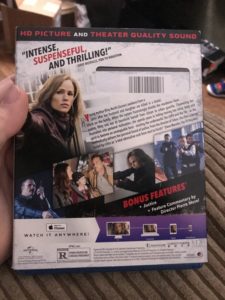 The Blu-ray release of Peppermint only comes packaged with a couple of additional features, one in which offers a small extended look at the storyline, while the other offers some shared thoughts and experiences that were had by the Director. There really could have been more included with this release as there were a good amount of unanswered questions as the movie ended that I would have personally liked to have seen carried out through additional featurettes. The content that was included is definitely appreciated, but despite being short-lived, could have been more comprehensive. Included with this release is: 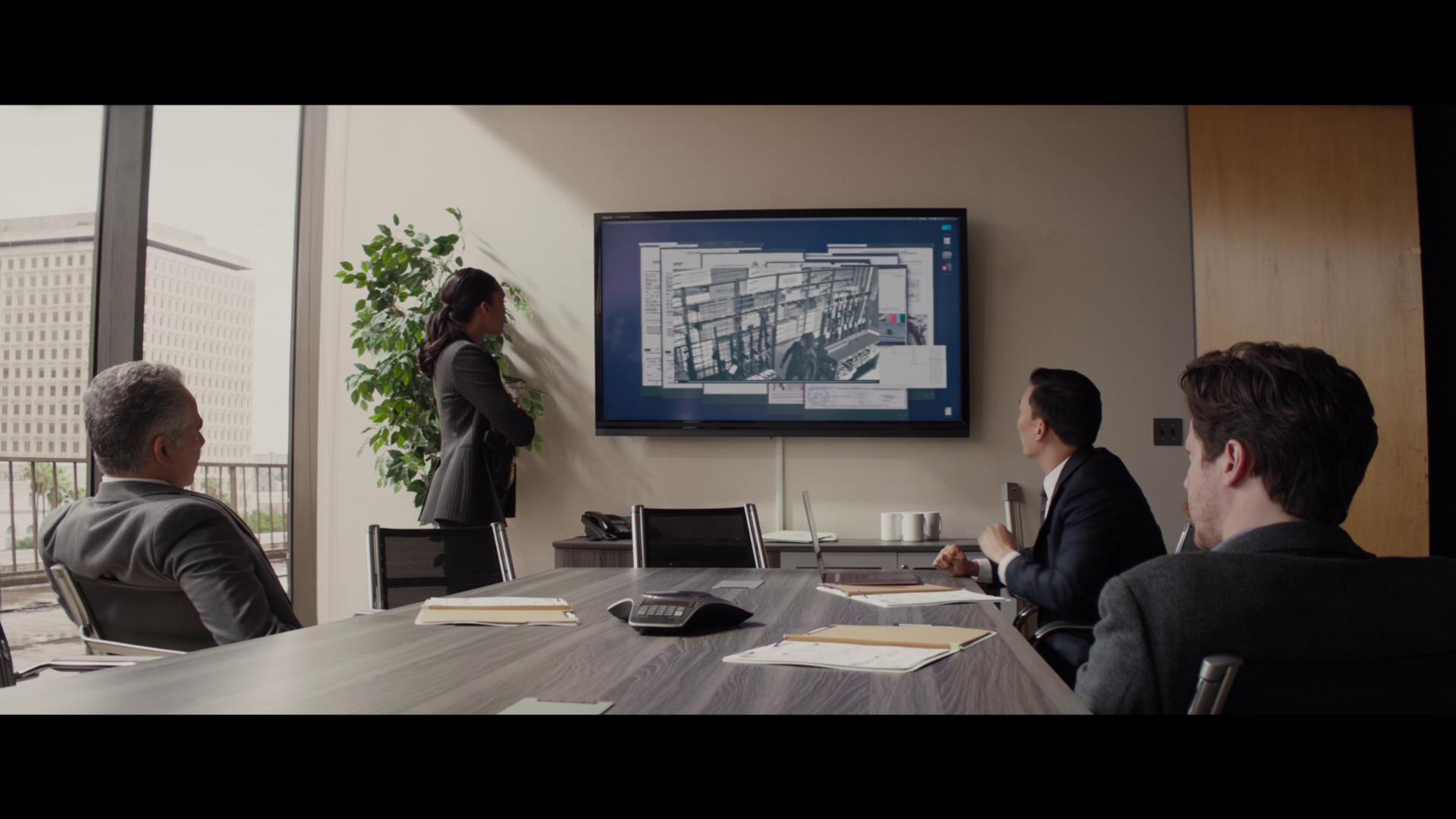 Peppermint plays itself decently within the genre, and really never tries to reach above the cliched experiences that accompany films like this. Garner’s performance was very well done, and really allowing for that part to be the only likable portion of this movie. The visual and audio performance of the Blu-ray release is pretty much on par with what you would expect from a standard Blu-ray release, and doesn’t really feature anything that’s outstanding or really shines on the format. Special features are considerably lacking, and should have had much more attention paid to. If you’re considering this release for your collection, I would highly recommend renting it before committing to the purchase. Peppermint is available on Blu-ray and DVD. 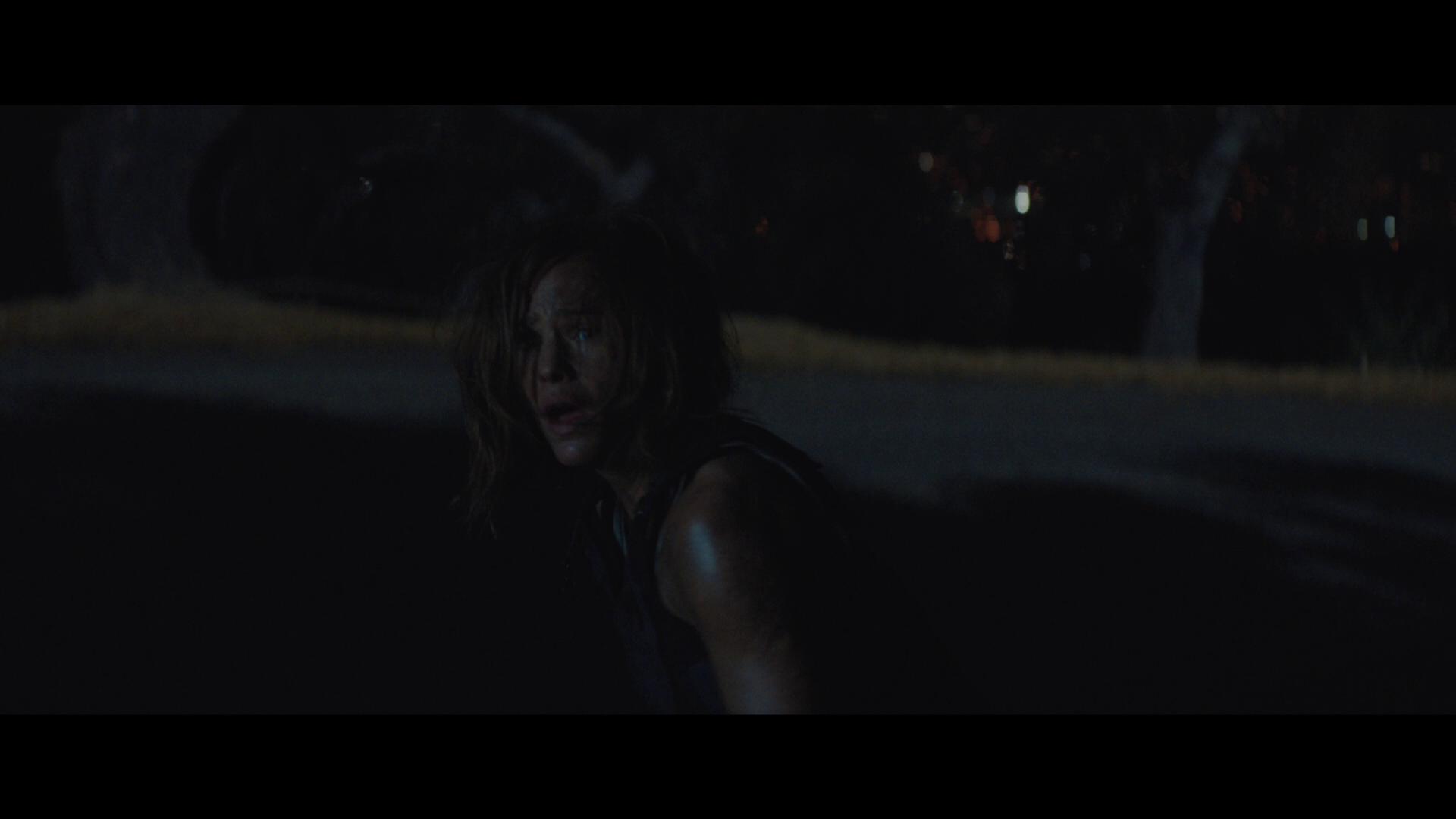