When I first watched the trailer for Passengers  I thought Sony had finally found a way to make Message from Sector Six (the fictional movie from Thank You For Smoking that rallies behind the idea that Hollywood is predictable and panders to little more than sex appeal and marketing). As harsh as this may seem, it was hard to really get a feel for what the movie was going to be about besides the fact that it would be starring Jennifer Lawrence and Chris Pratt and they were on a spaceship headed to a new planet.  Beyond that there was not much to go on however, I will say it was, on the other hand enough for me to go see it in theaters. 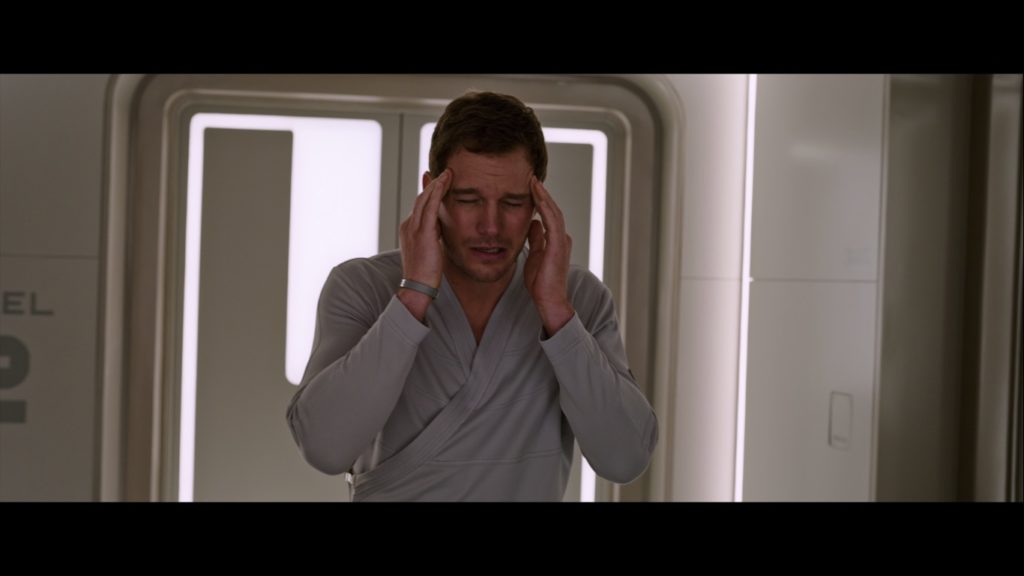 That being said it is also the newest project for Director Morten Tyldum. His previous project being one of my personal favorites The Imitation Game, so needless to say I was curious to see how this project could go seeing how, if nothing else, it had incredible potential.

Our story follows the “passengers” of the starship Avalon who are in hibernation on the 120-year long journey to the brand new planet Homestead II.  When a critical event takes place and passenger Jim Preston is woken up 90 years too early.  Desperate to find a way to survive, he explores every avenue he can think before finally giving in and choosing to wake up Aurora Lane, a passenger he has become fixated with, even though it is essentially condemning her to death.  As things on the ship start to go awry they must find a way to band together to fix the ship before they die and all the passengers with them.

Pratt is hard to hate even if the story and film overall are not the greatest.  He brings with him an energy that you cannot fake and it carries this film a long way.  Lawrence does her bit as well feeding off his chemistry and over-acting as is her norm as of late.  I cannot lie, there are a ton of problems with this film, from its predictability to just how familiar the overall premise feels as a whole.  That being said, somehow it kind of works, without these two it definitely wouldn’t and I may have even walked out altogether but with them, it’s hard to hate anything they are in. 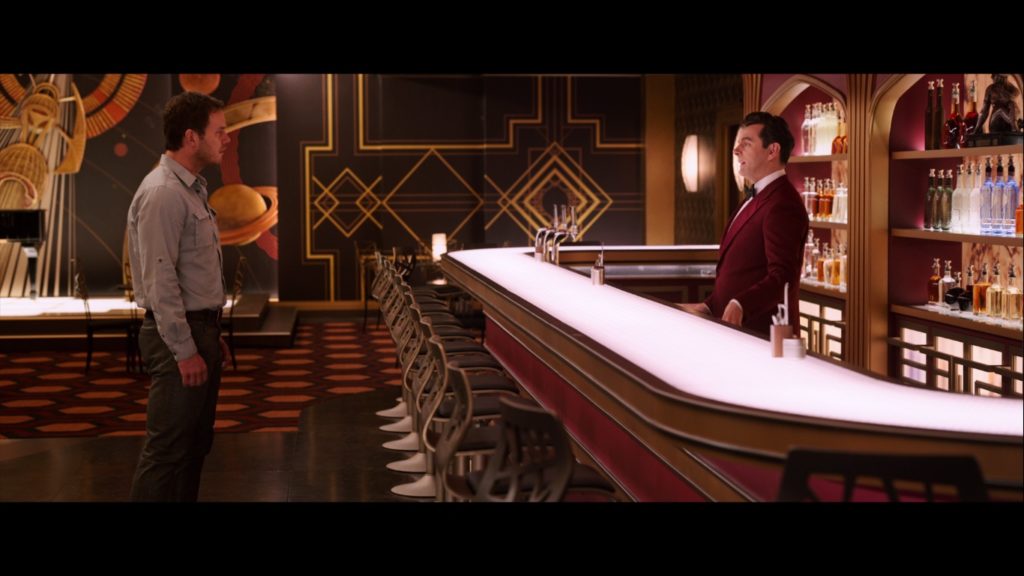 This film is beautiful.  The setting for this film allowed for some absolutely stunning shots and I cannot even imagine what it would be like in full 4K.  Even in the hokiest and cliche moments of the film, the backdrop allows for an amazing visual experience.  I have to believe that there is some combination of visual and practical going on at least when it comes to the inner space station shots that display the outside shots of space it’s all very well done.  However, by far and large, the most beautiful aspect of the film is the set design which makes total sense when considering it received the Oscar nomination this year for production design. The transfer to Blu-ray makes total sense and is dynamite to view on the home screen.

Speaking of Oscar Nominations, the score also received, albeit lost, a nomination as well, and it totally deserved it.  The score manages to heighten just the right moments and feelings adding exactly what music should to a film and if they had gone without the score throughout I cannot imagine just what the tone would have been.  Thankfully they left this job in the very capable hands of Thomas Newman who has been involved so many incredible projects over the years it is no wonder he knew exactly what this film needed. When it comes to editing, I did experience some audio issues with dialogue to sound effects when Aurora first wakes up but it seemed to balance out from that point forward. 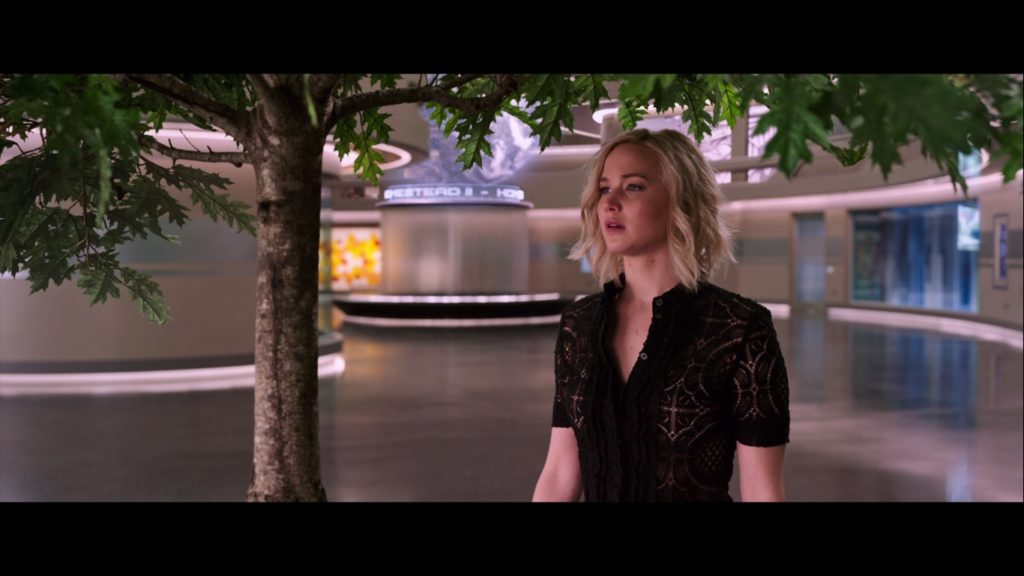 As big budget on the outside as this film has felt, you would never know it from looking at the cover art.  It is incredibly tacky as hell.  I really dislike it, a lot.  It makes the film feel so cookie cutter like this could be any other space film with two random Hollywood stars which I suppose is actually kind of fitting but it certainly cheapens the feel.  I do like the fact that there is a slipcover which will help the film stand the test of time.  The back of the cover, however, is more the pace I was expecting with white and neutral tones separating artwork and text.  On the inside, we have a digital copy code and an add for a Virtual Reality game based off the film, and on the other side, we have the single disc with artwork on it which I will never complain about.  Overall I am not that happy with the case they could have gone such a better direction with the artwork and I don’t know who decided that this was the best course of action, but it seems like a mistake to me. 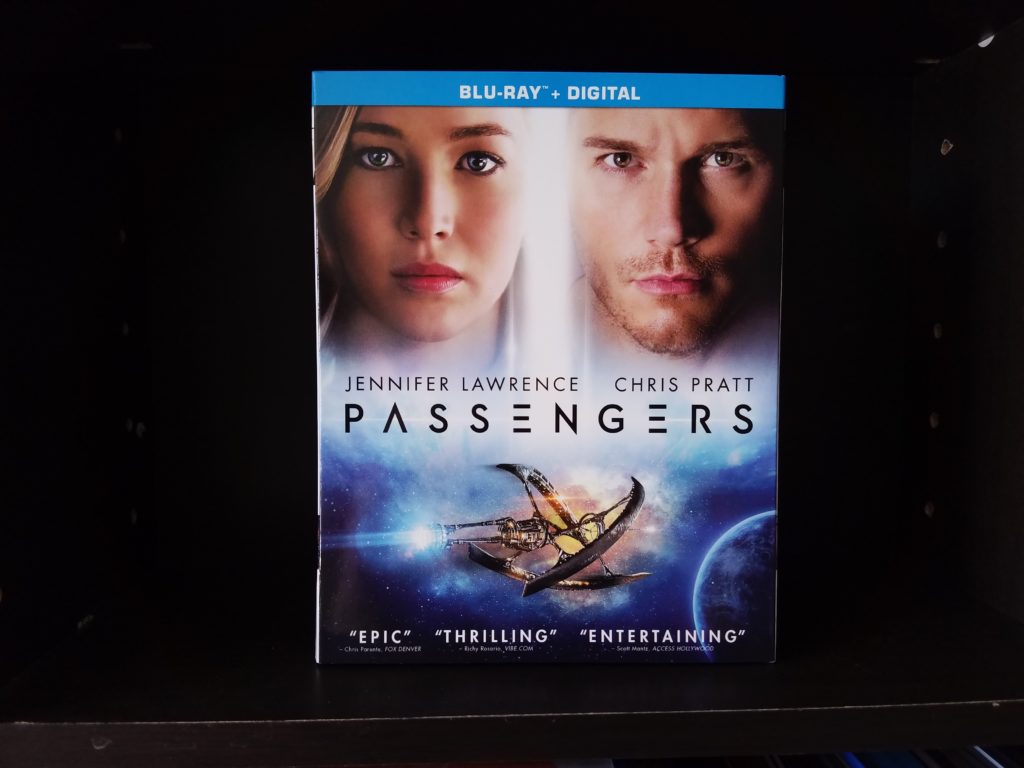 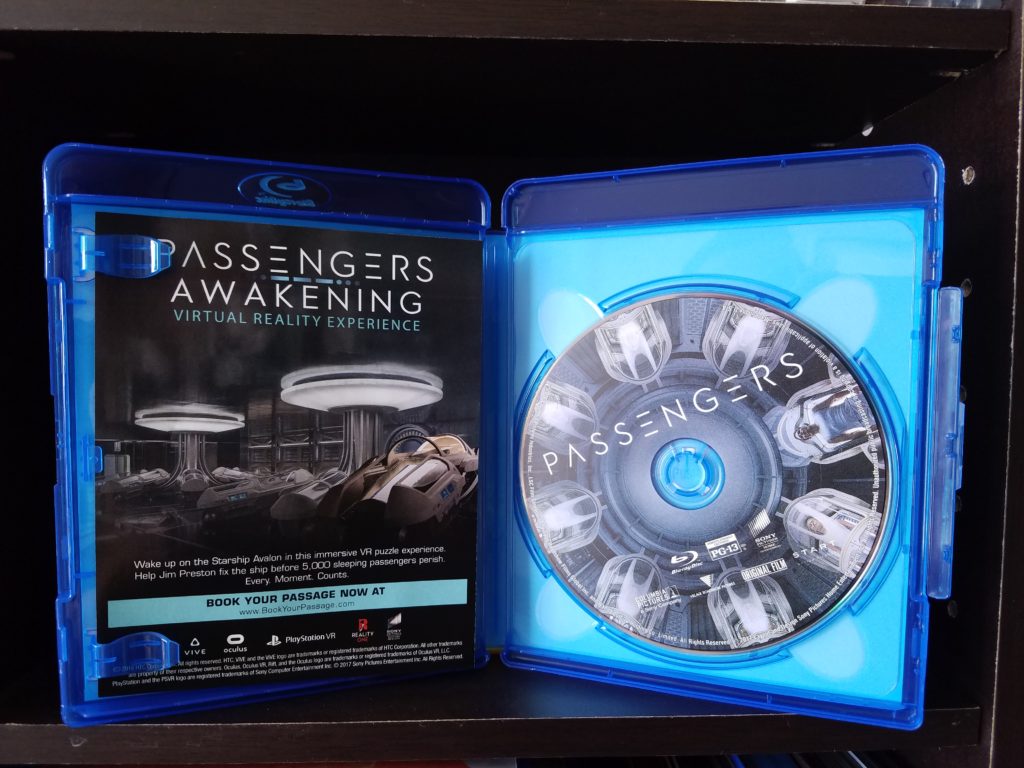 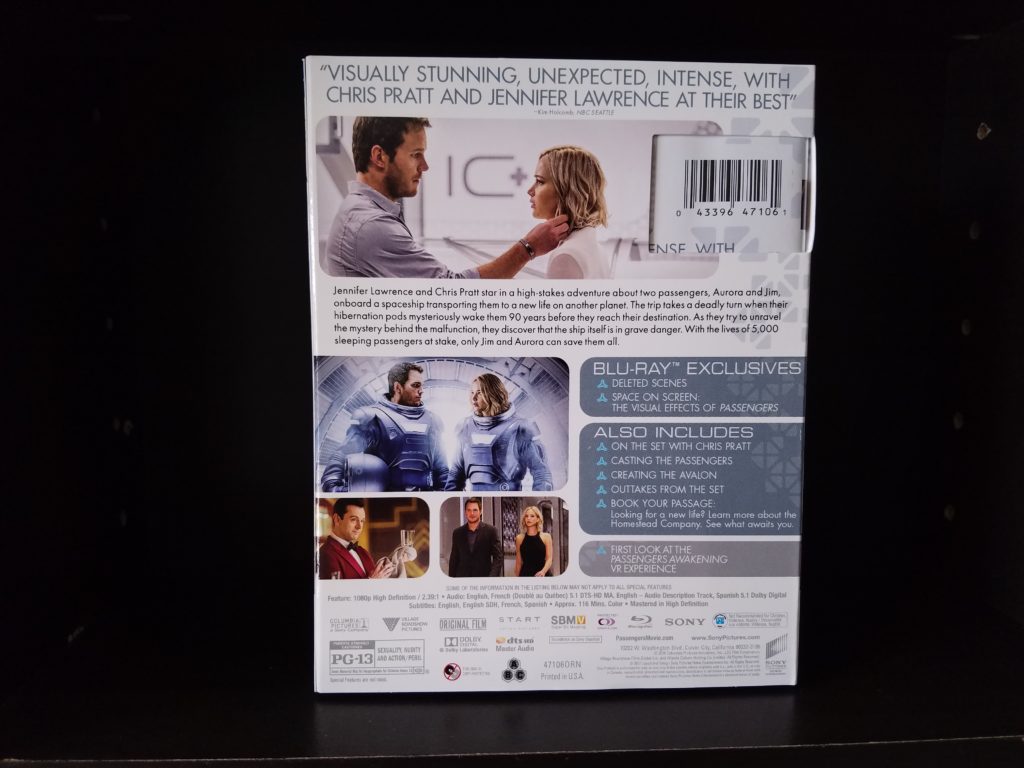 For such a big budget film I was expecting a ton of extras to go along with it.  I was actually pleasantly surprised to see what was included. It gives the whole film a fun feeling and it was nice to see that Pratt still hasn’t lost his sense of humor through all the films.  The Special Features are as follows: 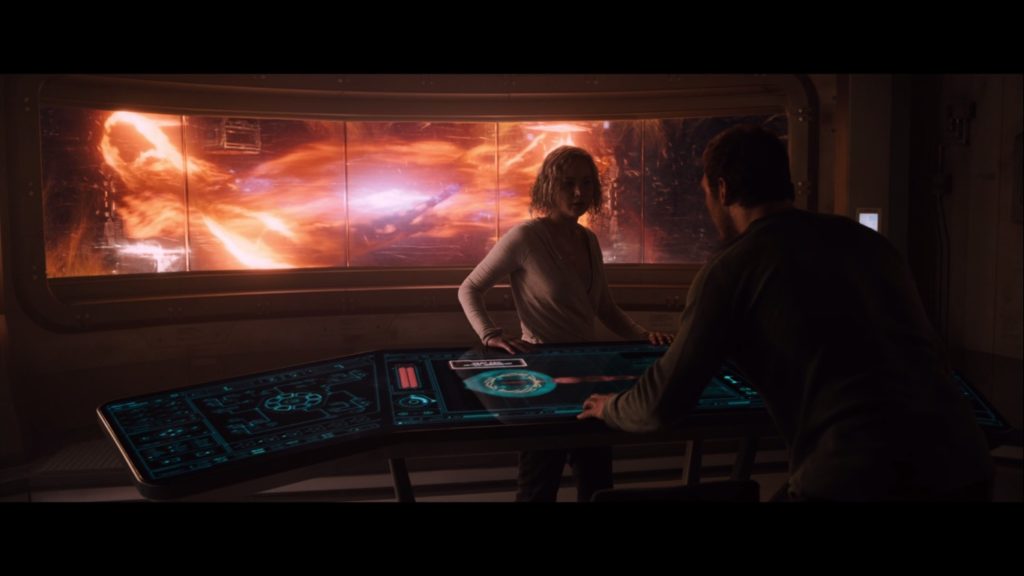 This movie has its moments.  I recently had a conversation with someone about how Chris Pratt is essentially his character Andy Dwyer in everything he does and I think this makes yet another perfect example of this phenomenon.  This works to his advantage however ultimately makes the problems the film has all the more noticeable.  Charisma, humor, and sex appeal only go so far as to distract us from a story that is ultimately missing some key ingredients.  Lawrence does well to capture the anger her character goes through yet I think she has a habit of taking every performance a step too far (with the exception of Silver Linings Playbook that was on par).  The film is enjoyable and there is something to be said about that, but as a whole fails to find any measure of cohesiveness long enough to make an overall gem. You can Purchase this edition HERE.