Ouija: Origin of Evil is certainly a better film than its predecessor, 2014’s Ouija, but that isn’t saying much, as the original was widely panned by critics and audiences alike. Origin of Evil takes us back to the, ahem, “origin” of the Ouija story, transporting us to the year 1967, complete with the old Universal logo at the start of the film. Much like the horror franchise The Conjuring, it plays with the time period as an added element of fear and plays up the older setting in many different ways. It does seem a bit clichéd, especially since The Conjuring franchise has already catered to roughly the same time period in previous films, but there is something about the older setting that is more frightening than modern day. 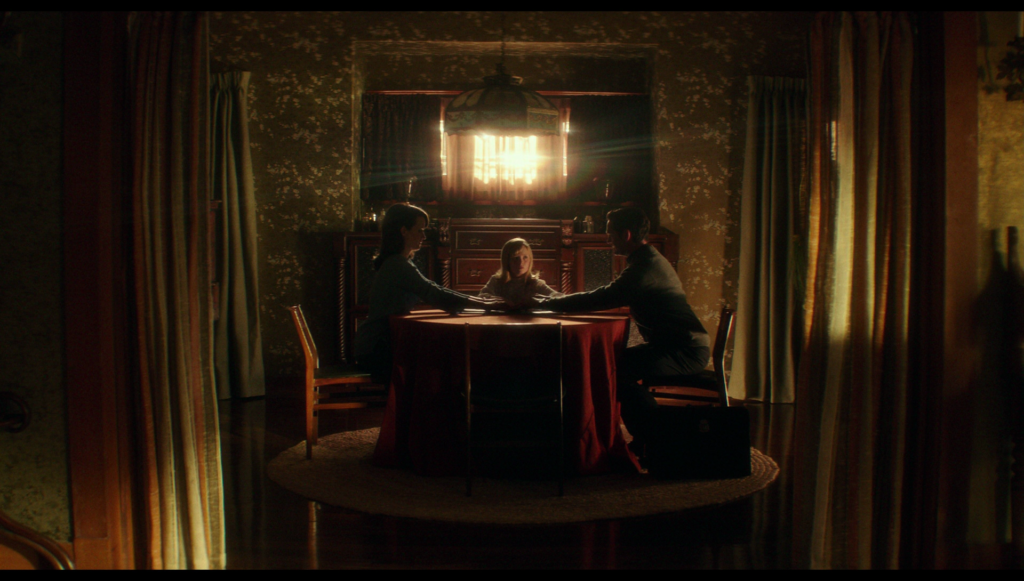 With no cell phones, no Internet, and no instant access to information, there is a more believable sense to the way these seemingly rational characters act. In today’s day and age, you could find hundreds of “ghost experts” or “paranormal investigators” online in a click of the mouse, have instant contact with family and friends from your smart phone, and generally have unlimited resources at hand. In the 60s, it comes down to the local priest, who is often overwhelmed by the powerful demons. It speaks better to the struggle of good versus evil in these types of films when there are less resources for the protagonists, and doesn’t allow for the various plot holes that modern technology can cause for the horror genre.

Origin of Evil has lots of different scares, from the typical jump scares to more long, drawn out dread that slowly eats away at the viewer, and it handles the overall scare element well. An R-rating may have served it better, as there are moments where the more lenient “R” would have worked better than the resulting “PG-13” the film received. I enjoyed the direction this film took over the original, and it was led by a budding horror director in Mike Flanagan (Oculus) who also wrote the screenplay. Oculus felt somewhat like Origin of Evil, in that they were both entertaining horror fare, but not above the ranks of recent critically acclaimed horror films like The Witch, It Follows, The Babadook, or Don’t Breathe. Horror fans will enjoy the second entry in the Ouija series, and it is much more enjoyable than the original. The scares are better, and the story and twists are much more entertaining. The series looks to be headed in a good direction, so it will remain to be seen how, or if, it continues. Judging by Origin of Evil’s mild success, I would think it will.

So, I have some problems with the video presentation of this release. For starters, there is a gimmicky tactic that the filmmakers used to try and push the “60s” vibe. Every twenty minutes or so, there is a large burn image that pops up in the top right of the screen, as well as some other artificial issues with the “film” throughout. The problem is, this movie was shot digitally, so the added artifacts and burns on the image are a total gimmick, and one that I don’t agree with. I understand what they were trying to do, but if they really wanted to push that feel, they could have made it more consistent, or possibly shot on film. The budget may not have allowed for that, but if you can’t shoot on film, I do not believe you should try and make a digital image look older. It just doesn’t make sense, but you can see an example in the screenshot below. 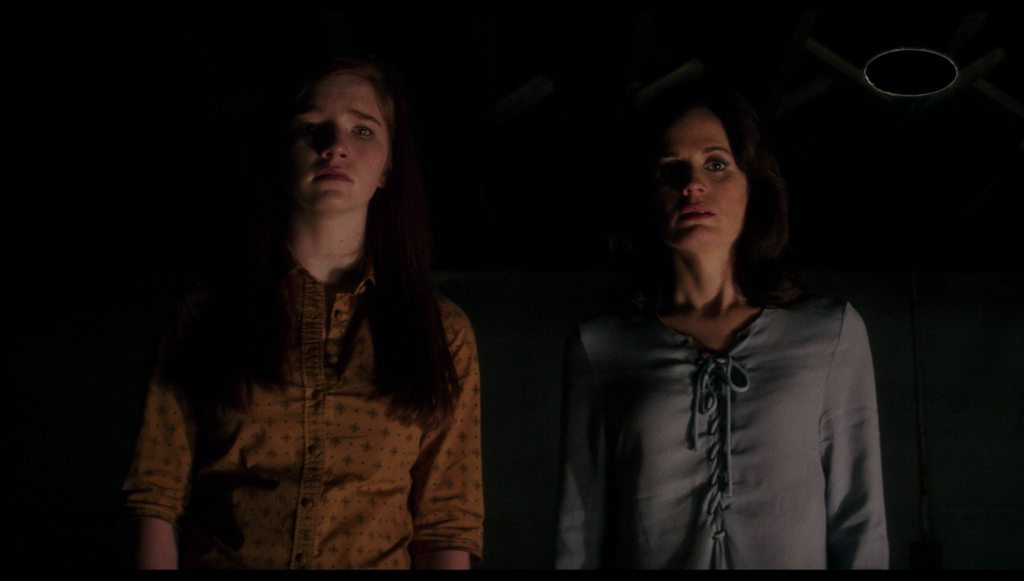 The rest of the visuals are just okay. Darker scenes have a lot of noise, more than what is typically expected from a modern, digitally shot film. Again, it is hard to tell if this was a stylistic choice by the filmmakers, but either way, it didn’t look great. We have the technology to make films look amazing, both digitally and on film, so to take a perfectly good image and intentionally add scratches and burns is just so bizarre to me. If a gimmick is used as a part of the film, in a way that moves the plot along or adds to the actual storyline, I would accept it, but the first time I saw the burn mark, I couldn’t believe my eyes. It was so random and out of place that I immediately Googled it in my disbelief. The 1080p image is fine, nothing special, but every time you settle into the film and acclimate to the image, that damn burn jumps back up and distracts you from what is happening, almost like a subliminal image that keeps grabbing your attention. It is so bizarre, and clearly it bothered me…just a little. Rant over.

Everything looks like a Blu-ray should look, but nothing on this release is going to win any quality awards. You won’t be disappointed, but it also won’t blow you away or look great on your new 4K TV. For a lower end horror film, it feels about right. Just remember to blink every twenty minutes to miss that damn burn mark.

Featuring a DTS-HD Master Audio 5.1 track, the audio mix is decent, but again, I am left asking for more. For a modern film, a DTS 5.1 track seems low end, where 7.1 and Atmos/DTS:X audio tracks have dominated the market in recent years. A 5.1 is fine for the vast majority of people, but for those of us with Atmos-capable systems, I hate to see a new release come without the option for upgraded audio tracks. A minor complaint, but a complaint all the same.

The subwoofer action is very active on this release, which is always a plus for horror. Low bass instills fear in the audience, even as a subconscious tool for scares, and my SB-2000 subwoofer performed very well. Surrounds are limited in use, with most of the audio flowing through the center and front left and right speakers. Dialogue is very clear and well-mixed, even during the film’s loudest moments. I recommend at least a 5.1 system for a few of the effective jump scares that make use of all 5 channels, but you won’t miss too much of the experience with a 2.1 system either.

Ouija: Origin of Evil comes packaged in a typical Blu-ray combo pack, with a Blu-ray disc for the feature film and extras, a DVD copy of the film, and a digital copy that can be redeemed on iTunes or UV services. The initial press of this release will come with a standard slipcover, featuring a super generic image of a floating girl in a nightgown, contorted by some sort of demon. Either Hollywood only has one graphic designer, or they are just lazy, but this image is used for 99% of demon/possession type horror movies, and it is so overused. 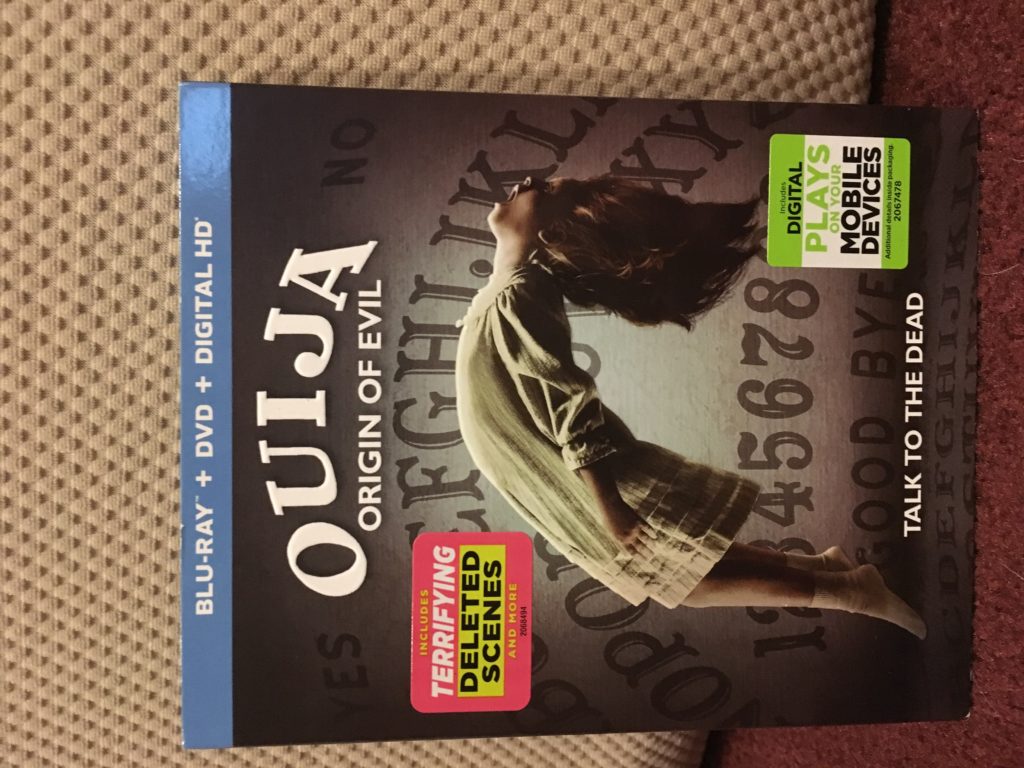 As for special features, there are a few, but nothing incredible; pretty standard fare for a lower tier new release Blu-ray. There are some “terrifying” deleted scenes, which aren’t all that great. If they were deleted, how great and terrifying could they be, right? There are a few short features (4-5 minutes) that show the typical “making of” stuff. The highlight is the commentary track with Director Mike Flanagan, who speaks not only about his film, but also about the genre, techniques, and lots of other great information. If you really enjoy this release, it is well worth watching again with the commentary. 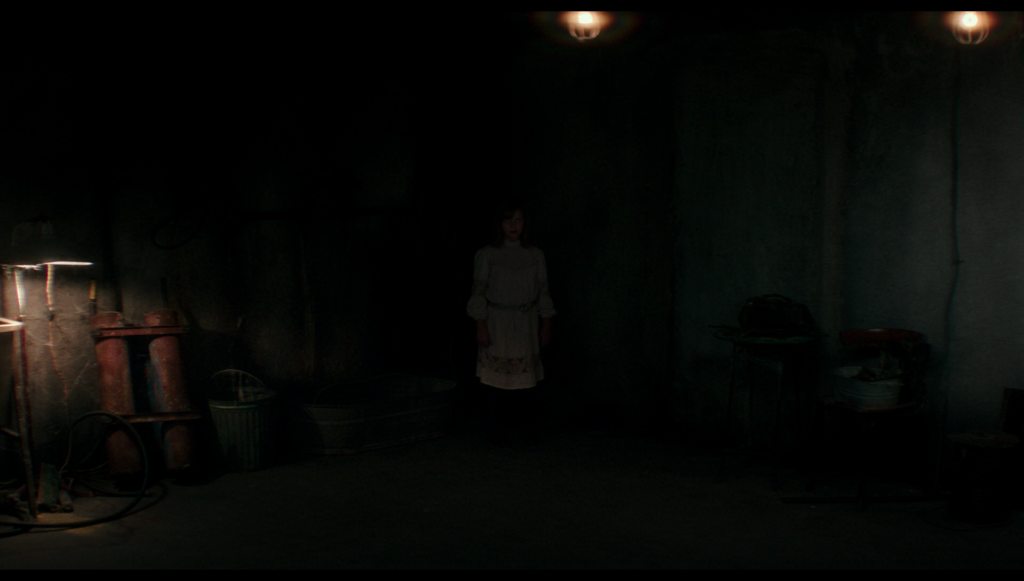 Ouija: Origin of Evil is a nice start to 2017’s horror home media releases, as it is certainly entertaining and fairly scary for a PG-13 rated film. The story is well designed and put together, and it is a much improved sequel to the original film, which was a complete mess. The visuals, however, annoyed me to the point where I wanted to take out the disc. Audio was solid, but could have been better. The special features were just okay, with an excellent commentary track by the Director, but the artwork on the front of the slipcover is clichéd and boring. I would recommend a rental or sub-$15 purchase, but horror collectors will likely want to grab this one on Day One, and it wouldn’t be the worst purchase they’ve ever made. You can find Ouija: Origin of Evil on Amazon or at retailers everywhere on release day.