Operation Finale is a 2018 American historical drama film that was directed by Christopher Weitz, from a screenplay written by Matthew Orton. The film stars Oscar Isaac (who also produced), Ben Kingsley, Lior Raz, Melanie Laurent, Kick Kroll, and Haley Lu Richardson, and follows the efforts of Israeli intelligence officers to capture former SS officer Adolf Eichmann in 1960. Several source materials, including Eichmann in My Hands, a memoir by Israeli officer Peter Malkin, provided the basis for the story. Principal photography began in Argentina in October 2017. The film was theatrically released in the United States on August 29, 2018, and received mixed reviews from film critics.

Operation Finale was originally scheduled to be released on September 14, 2018. However, in July 2018, the film was moved up to August 29, 2018 in the US due to the high test screen scores that it received, and to avoid the crowded September field. The film was later released outside of the United States on October 3, 2018, by Netflix. In the United States, it was projected to gross $8-10 million from the 1,810 theaters that played it during its four-day Labor Day opening weekend. The film had made $1 million on the first day and $725,891 on the second. It went on to gross $6 million over Friday to Sunday, for a four-day weekend total of $7.8 million, and a six-day total of $9.5 million, finishing fifth at the box office. In its second weekend, the film dropped 50% to $3 million, finishing eighth. 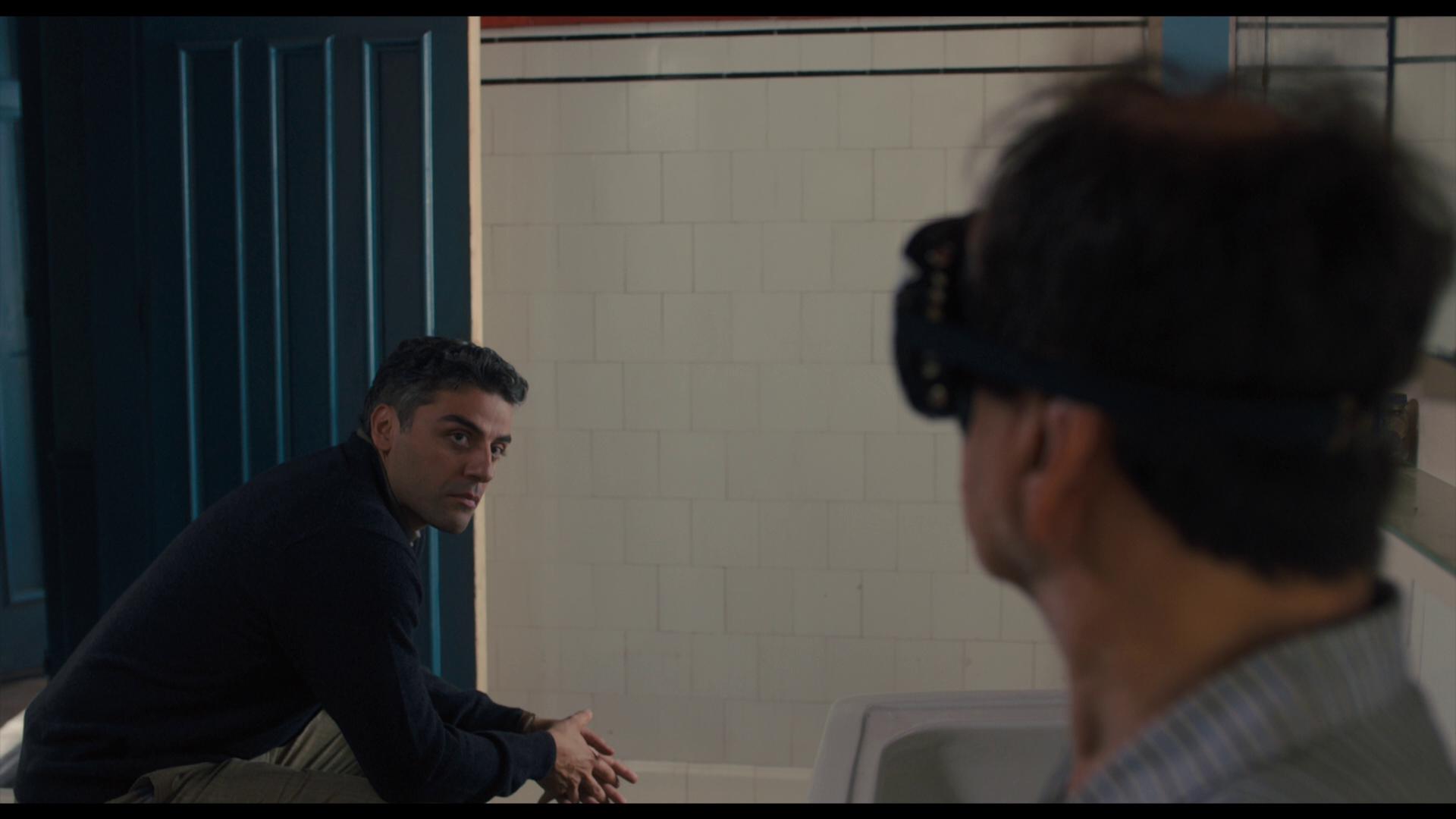 Operation Finale tells us the story about a manhunt for a Nazi war criminal, but with it centralizing itself around the characters rather than the efforts at hand, and the emotions that is a direct result of those emotions. Offering a pretty decent execution of this thought, this movie struggles pretty hard with that, particularly during the beginning half of the movie. The performances of both Oscar Isaac and Ben Kingsley were hands down the best part of this movie as their chemistry that they shared was really great, and their commitment to the characters was considerably obvious as they worked to portray this storyline. Overall, it’s a decent watch, as long as you’re willing to put in the work of sitting through that first half, as once that foundation is set for the storyline, it really takes off and makes for a better experience than you could expect. 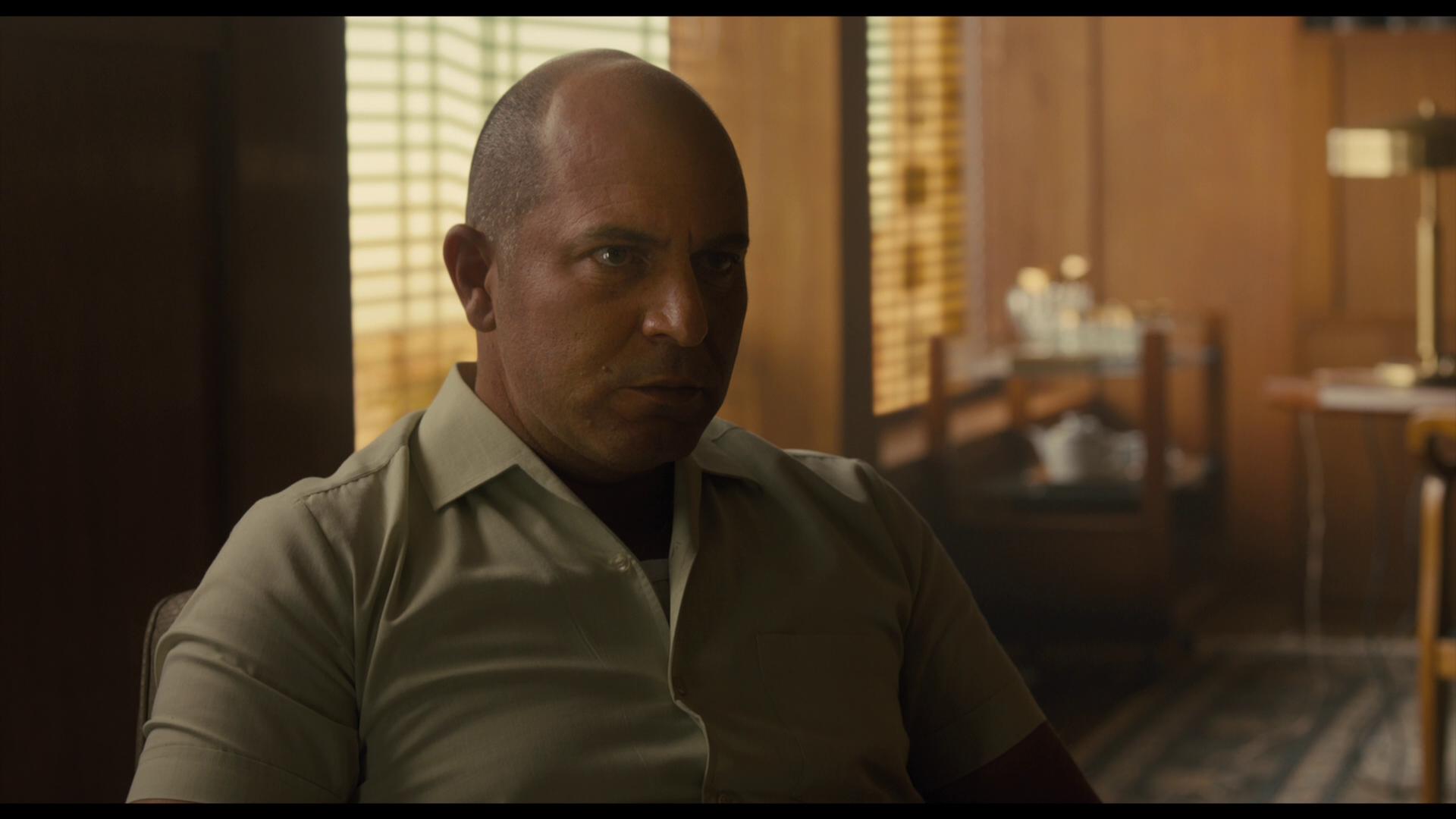 The Blu-ray release of Operation Finale was digitally shot, and with the 1080p presentation, there is a small issue with some noise in the darker sequences. Other than that, the overall visual presentation with this release was beautifully executed as the image quality was gorgeous as it finds a solid middle ground with the textures, and overall scenic portions of the screen. With its dense and very sensitive visual presentation, the colorization doesn’t seem to exaggerate itself one bit as the movie takes place during softer lighting sequences throughout the majority of the story, and the generic feel that comes with the visual tones are visually pleasing to the eye, allowing for everything to feel significantly more real than it really is. Overall, it’s a very good presentation that has only just a small issue with some inherent noise, but that noise isn’t too terribly distracting and doesn’t cause any issues with the experience that is to be had. 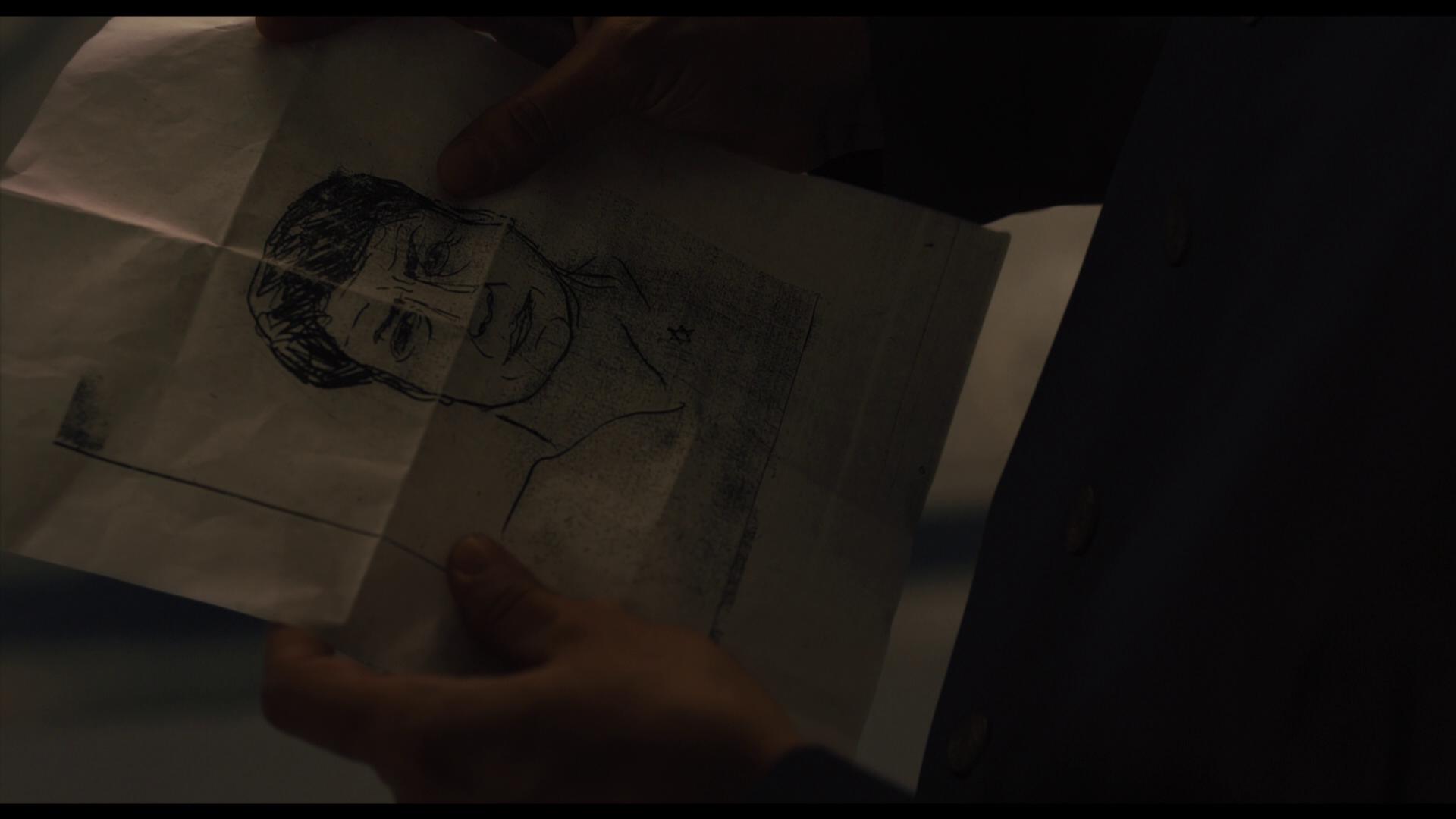 Packaged with an English DTS-HD Master Audio 5.1 mix, the Blu-ray release of Operation Finale packs one hell of an experience that can only be had with that of a home audio system. As the movie finds that perfect middle ground with its range, those action sequences are executed in a manner that really offers a punch that adds the necessary emphasis on that moment. Despite the lack of the use of the surround channels, the transitions between the channels that are used are effortless and offers a really nice sense of immersion as the story progresses. The musical accompaniment is beautifully handled and doesn’t overpower the dialogue nor the effects of what’s being carried out, and the overall dialogue and speech is spoken cleanly enough that it doesn’t require any manual modification of the volume levels. Hands down, one of the better DTS-HD MA 5.1 tracks that I’ve personally experience through my personal receiver and speaker set up. 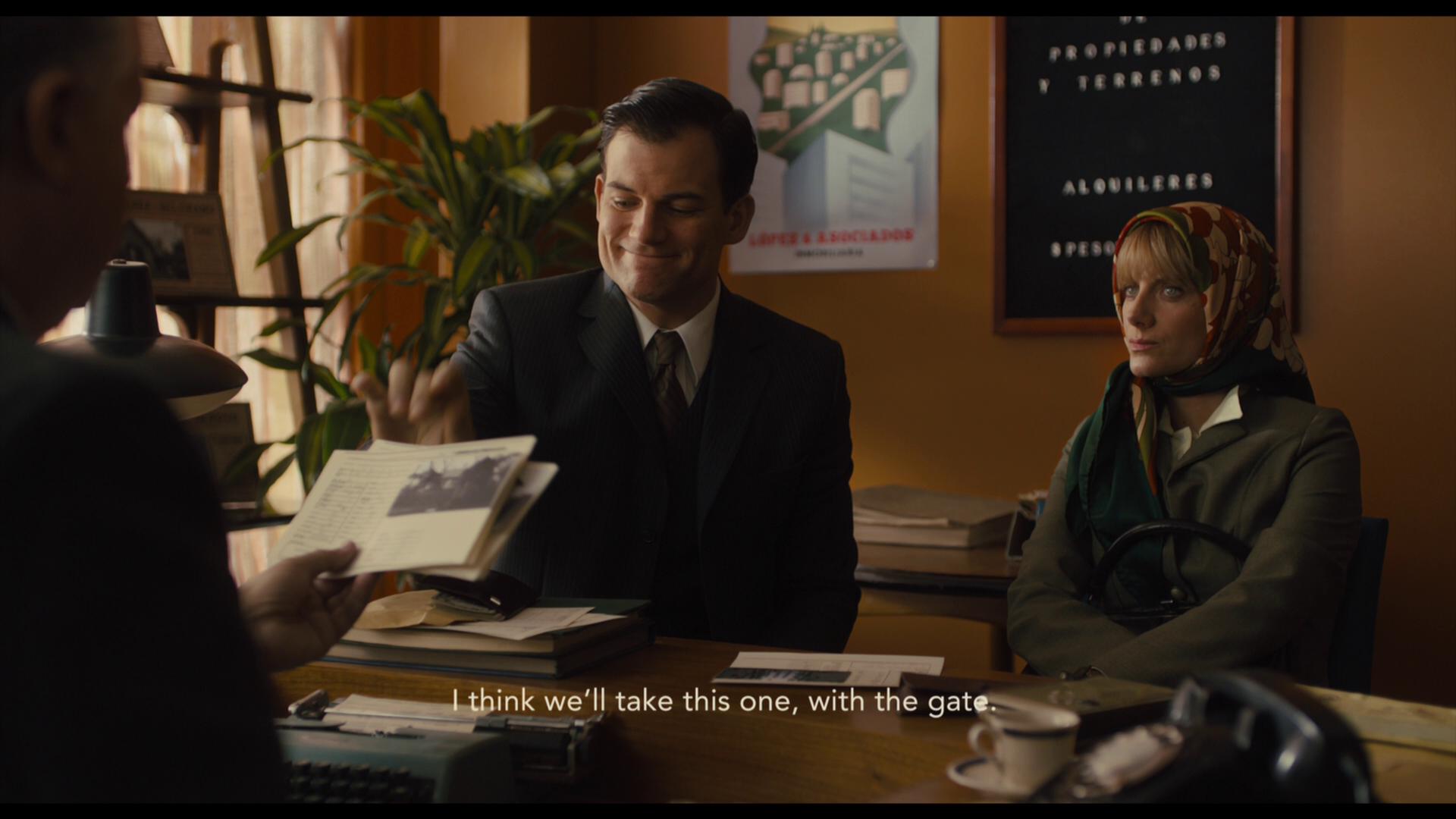 The Blu-ray release of Operation Finale comes packaged in your standard two-disc Blu-ray amaray case.  Within that case, the standard Blu-ray disc and the standard DVD disc, neither of which feature any artwork that’s related to the movie outside of the standard release text.  There’s also a digital copy redemption pamphlet for the various streaming services and a slipcover that’s been included during the original pressing that features the same artwork as the case. 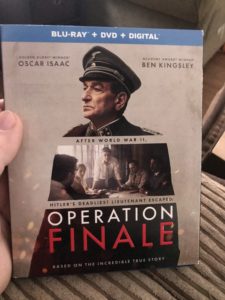 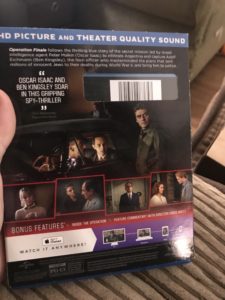 There really isn’t a whole lot included on the Blu-ray release of Operation Finale. The content that was included does offer some insight of the behind the scenes work that went into making the film, but outside of that the content isn’t too terribly detailed, and really could have been handled a lot better when finalizing this release. Included with this release is:

Overall, Operation Finale wasn’t horrible; however, it wasn’t really that great. With its extremely rough start, my wife and I both found things feeling a bit dull or drug out. But, once that foundation had been set, things do pick up and they do pick up fast, completely turning that experience around and making for a better experience than we had thought going into it. The visual and audio performance of the Blu-ray release were really well handled, and offered a clean look into the story they’d originally set out to tell. Special features on this disc are pretty sparse and really should have been handled better. Overall, if you’re considering picking this release up for your collection, I’d recommend waiting for it to go on sale. Operation Finale is available on Blu-ray and DVD. 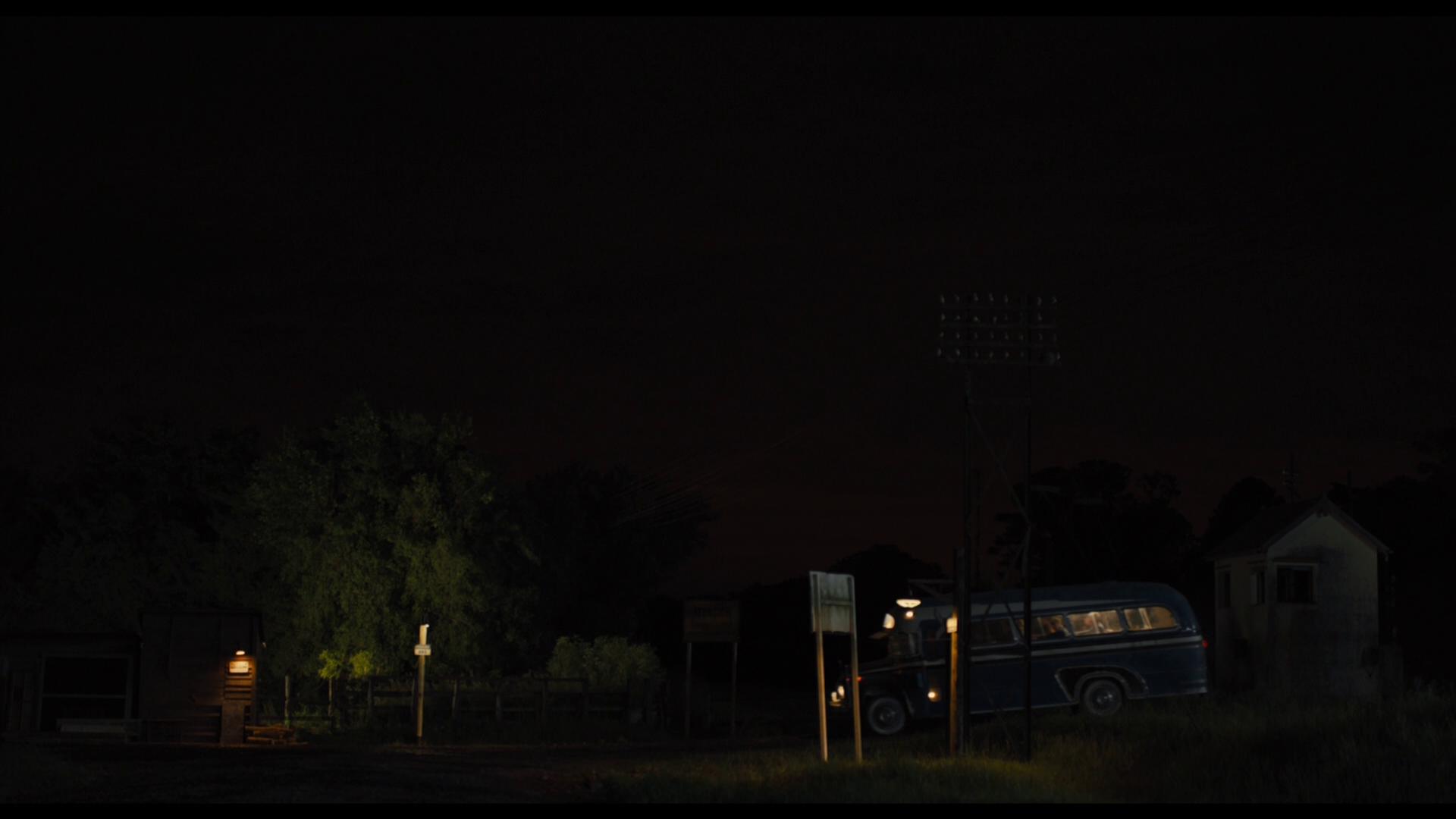