The Ocean’s Trilogy is a series of three comedy heist films that were released in between 2001 and 2007 that were directed by Steven Soderbergh and produced by Jerry Weintraub for Warner Bros.

The first of the trilogy is Ocean’s Eleven.  This film came out in 2001 and shows us the story of master thief Danny Ocean, fresh out of prison.  He plans an extremely elaborate casino-heist to win back his ex-wife, recruiting a wild bunch of thieves and con men to pull off this insanely complex job.  With an operating budget of $85 million, on its opening weekend it had grossed an estimated $38 million and was at the top of the box office draw for the weekend.  The film ended up grossing $450,729,529 worldwide.

The second film, Ocean’s Twelve came out in 2004.  In this film, the crew travels to Europe for some heists to get back enough money to pay casino tycoon Terry Benedict, but they seem to have ran into a thievery competition.  Having received mixed reviews overall, Ocean’s Twelve was criticized for its complex plot and a final twist that ended up negating much of its preceding action.

The last film, Ocean’s Thirteen came out in 2007.  This film tells us the story of the crew and their plan to rig a new casino’s opening night after its ruthless owner (played by Al Pacino) double crosses one of the gang.  Doing considerably well on its first weekend, it reached the top spot at the North American box office.  Despite being opened in 250 more theaters than Ocean’s Twelve, it had a slightly weaker opening weekend than the previous film, pulling in $36 million, compared with the $39 million that Ocean’s Twelve brought in.  By the end of December 2007, Ocean’s Thirteen had generated $311.4 million in box office revenue worldwide.

I’ve always been a big fan of the original Ocean’s 11 with Frank Sinatra and Dean Martin that I instantly loved the first film of this reboot series.  Featuring what I would consider to be a star-studded cast, their work and devotion to trying to execute a heist of this magnitude was played off extremely well.  Now, the second and third of this trilogy, I enjoyed them in their own right, but I can completely agree with the feedback of the latter two as the production crew had to step up their game after each one making it more and more complex and as the complexity grew, disinterest started to increase. 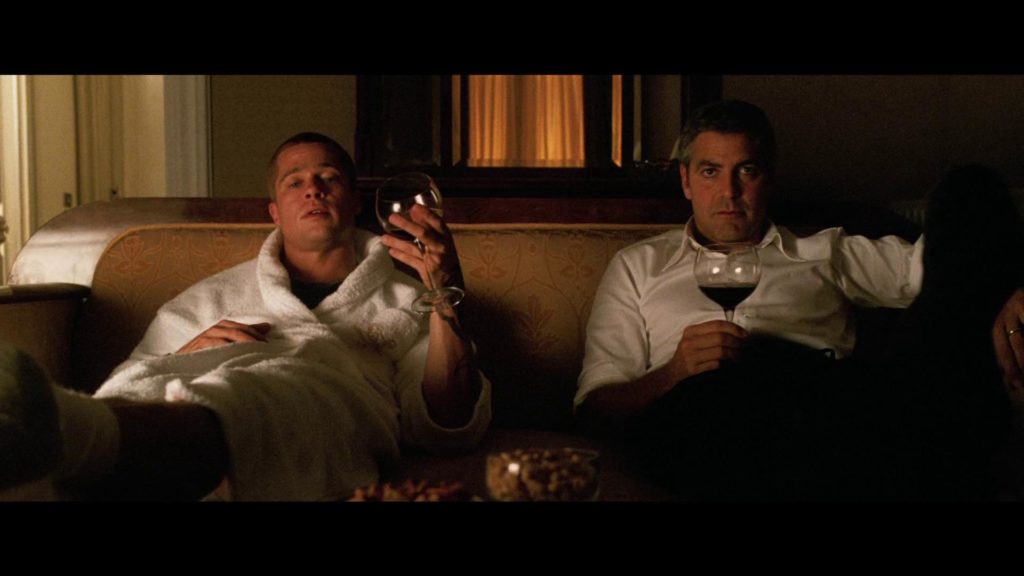 Coming at us with the ever-loving 1080p resolution, the three films that are included in the Ocean’s Trilogy really shined as they played through on my living room television.  Doing what I would consider to be a fantastic job at maintaining that original feel that they had when they each came out respectively and working in tandem with the specs of modern-day televisions, I really enjoyed this release.   Everything about the three films was presented in an extremely crisp and clear manner, it allows home audiences to visually appreciate the work that went into these films. 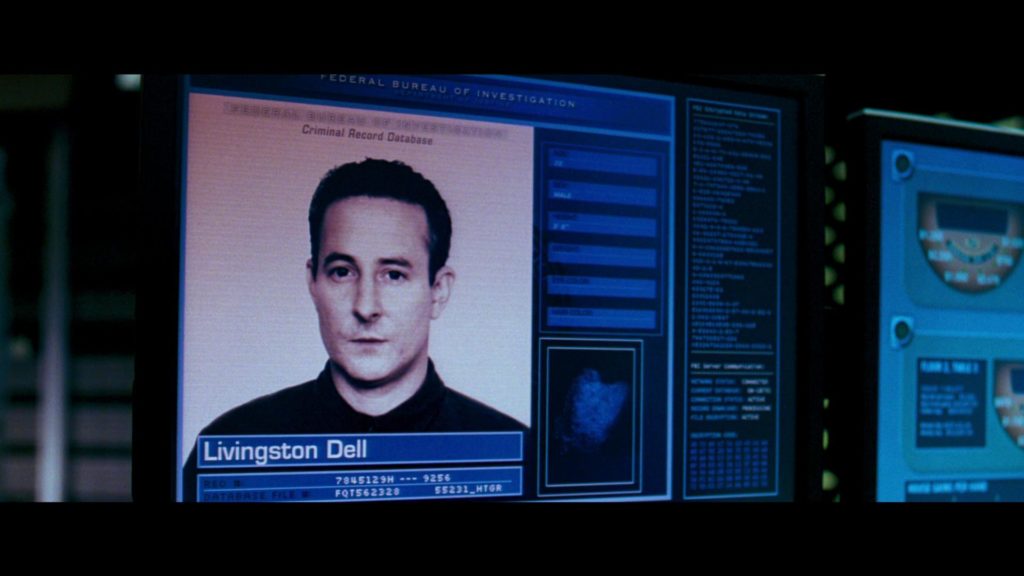 Unfortunately, the three films that come packaged in the Ocean’s Trilogy come packaged with a Dolby Digital 5.1 audio track.  Normally, I wouldn’t have cared, but there was some noticeable issues with the quality as the volume levels of all three releases were considerably low and there was a faint bit of distortion in the audio track when there was a significant amount of commotion happening onscreen. 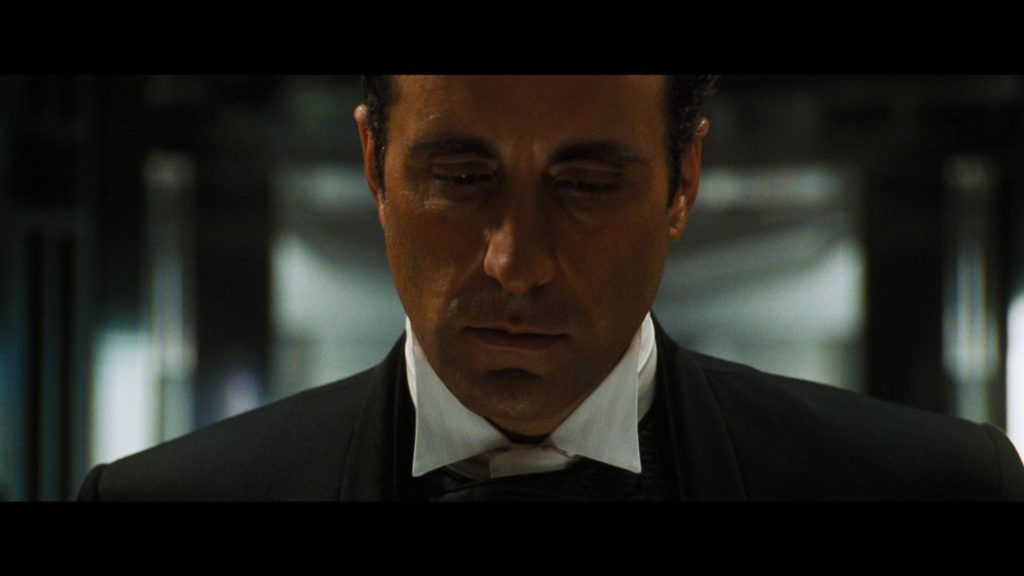 The Ocean’s Trilogy comes packaged with your standard 3-disc Blu-ray amaray case.  Included within that case is the standard Blu-ray disc of each film, each featuring artwork that’s relative to each film respectively.  There is no digital copy redemption pamphlet available with this release.  There is a slipcover that features similar artwork to the amaray case. 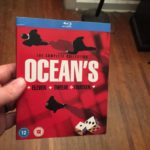 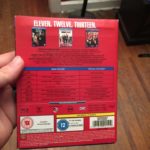 I’ll just let the list of additional features below speak for itself as this release comes with a lot more special features that I originally expected. 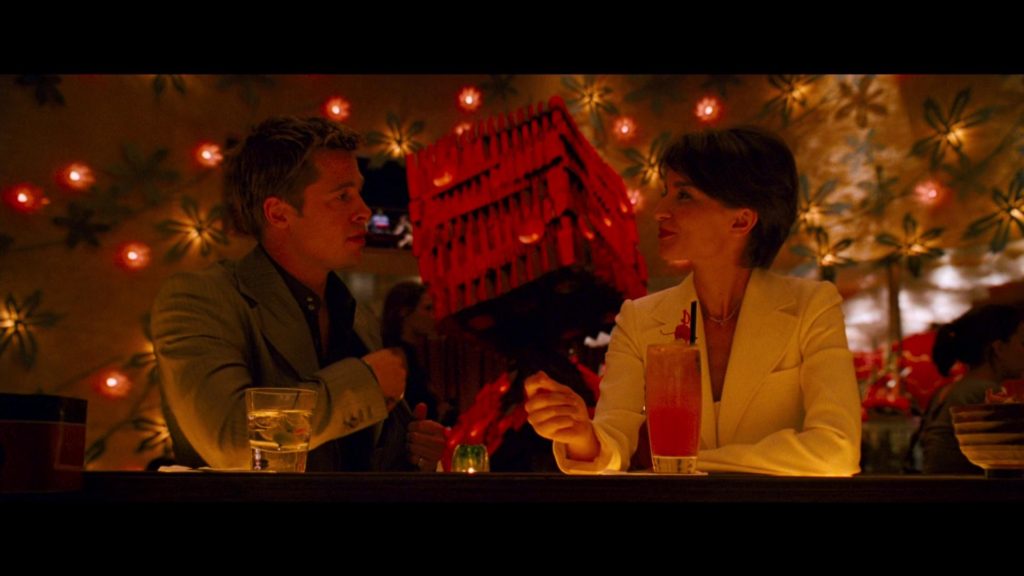 I originally decided to pick up the Ocean’s Trilogy when it was on sale during Amazon UK’s Black Friday sale to upgrade my DVD copies and I am certainly glad that I did.  Despite the issues I had with the audio quality, the picture quality of this release was extremely solid.  There is more additional content than I could’ve imagined with this release.  As much as I would like to recommend this particular release to you, I’d highly recommend waiting for a remastered release of the three with a better audio track. 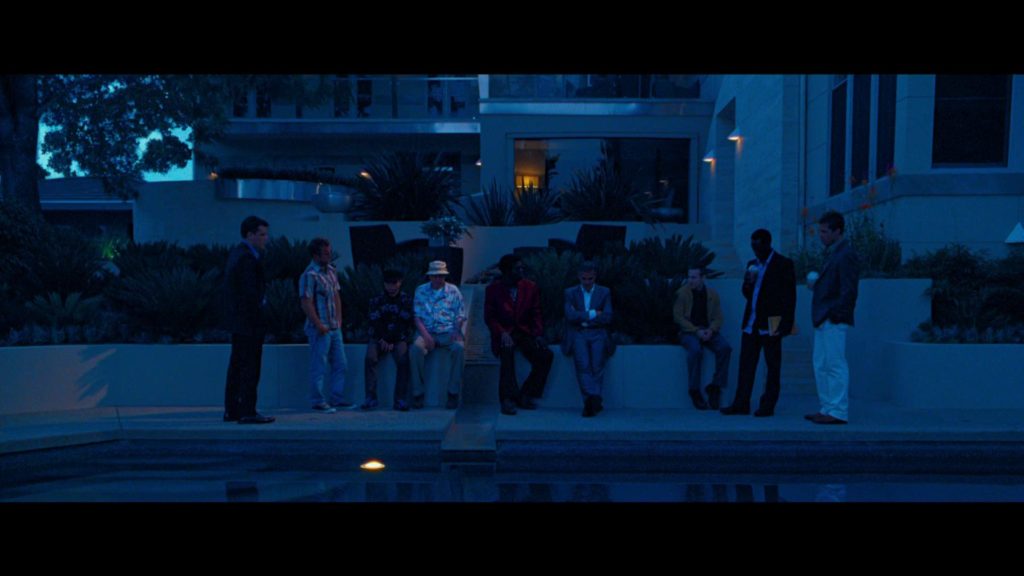