Ocean’s 8 is a 2018 American heist comedy film that was directed by Gary Ross and written by Ross and Olivia Milch. The film is both a continuation and a spin-off from Steven Soderberg’s Ocean’s trilogy and features an ensemble cast that includes Sandra Bullock, Cate Blanchett, Anne Hathaway, Mindy Kaling, Sarah Paulson, Rihanna, Helena Bonham Carter, and Awkwafina. The film follows a group of women that are lead by Debbie Ocean, the sister of Danny Ocean, who plan a sophisticated heist of the annual Met Gala in New York City.

After the release of Ocean’s Thirteen in 2007, Soderbergh stated that he had no intentions in making a fourth film, citing his desire to have the series “go out on top”. However, an all-female spin-off was announced in October 2015, with much of the cast signing on by August 2016. Filming took place from October 2016 to March 2017 around New York City.

Ocean’s 8 premiered at Alice Tully Hall on June 5, 2018 and was released by Warner Bros. Pictures in the United States on June 8, 2018, 11 years to the day of the release of Ocean’s Thirteen. The film has grossed approximately $294 million worldwide and received a lukewarm critical response from critics, with praise for the performances of the cast (particularly Bullock, Blanchett, and Hathaway), but criticism for the overall storyline. 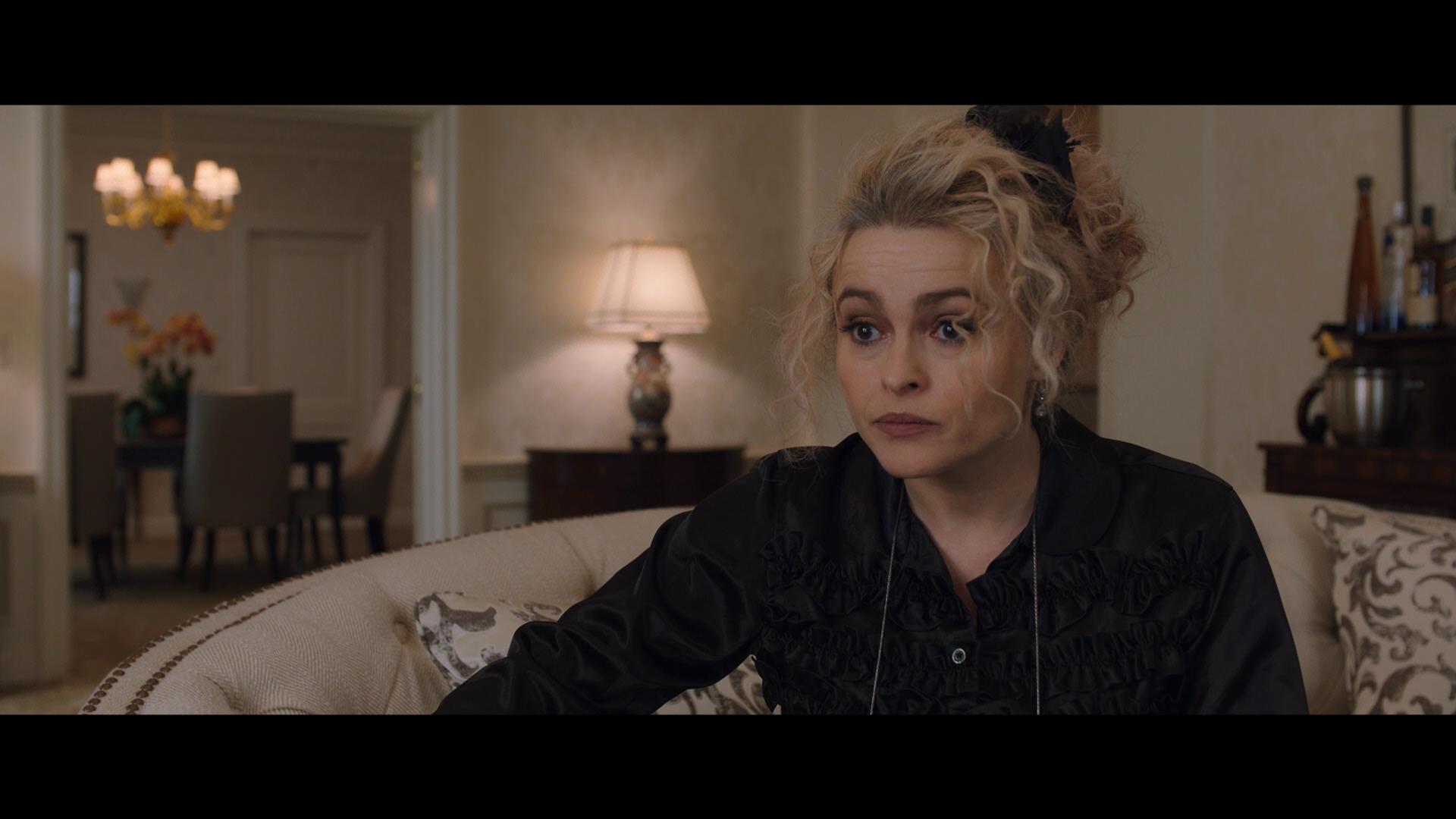 While it isn’t nearly as smooth or seamless as its predecessors, Ocean’s 8 has just enough chemistry between its cast and characters that it works. I’ll admit, it took a little bit for me personally to get into at first. But, once everybody was together and they were working on their plans for the big heist, I found that I couldn’t pull my eyes from the screen. Performances from that of Bullock and Hathaway would be better than some of the others; but those others weren’t completely horrible; and it certainly was interesting to see a new spin on the crime family in the center of all of these films. 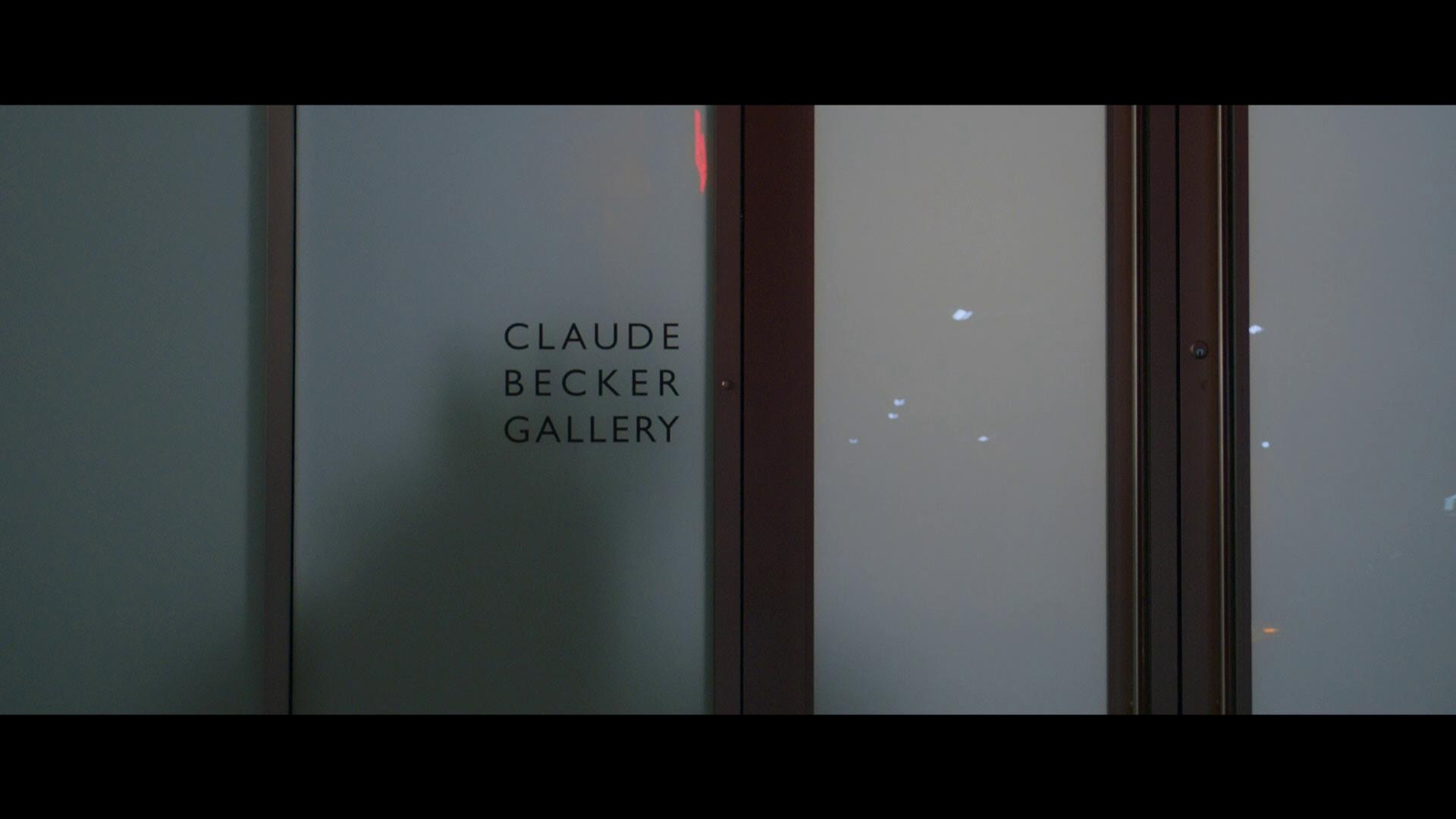 The Blu-ray release of Ocean’s 8 looked really nice as it played out across my living room television.  Cleanly conveying not only the unimaginable amount of detail that went into the planning of the heist that’s about to be attempted; but, the extreme levels of detail that go into the gala.  Some of the more beautiful shots of this movie were those that covered and featured the landscapes of the city in which everything is taking place in, as they were some of my personal favorites.  Ocean’s 8 was also released on 4K UHD, so I an only imagine how those shots would look with the utilization of HDR. 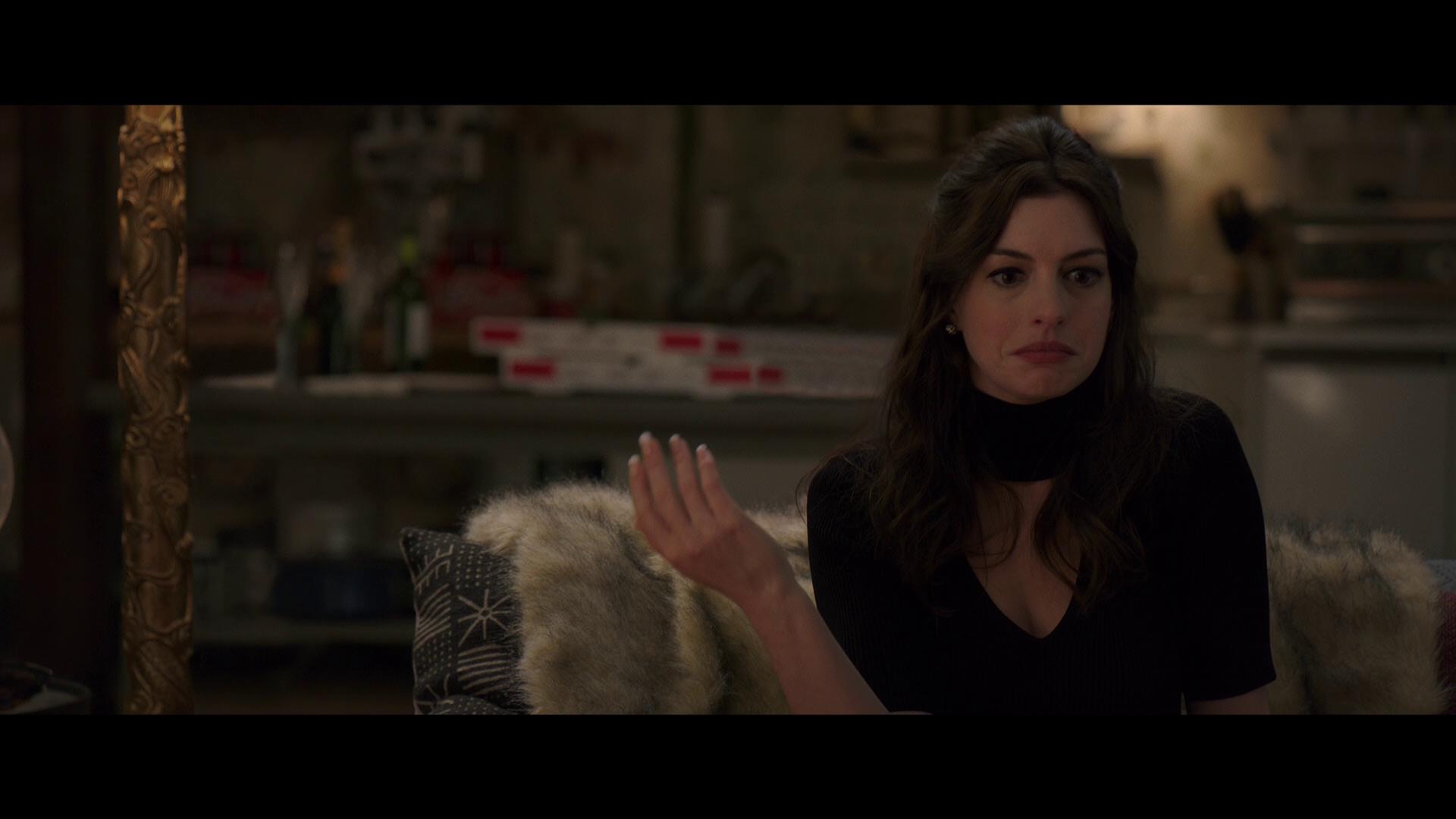 Packaged with a Dolby Atmos audio track, Ocean’s 8 offers an absolutely all out immersive experience for its viewers that are able to make use of the technology behind the track.  The elevation elements that are included in the audio track don’t necessarily pop; but, if you listen closely, you’ll be able to tell them apart from the main elements.  But, where this movie really shines is with its use of the surround channels and with its recognization of the camera location in relation to where its viewers are sitting.  The transitions from channel to channel were seamless, with the dialogue taking precedence over anything else.  With that, the dialogue is spoken cleanly, allowing everybody to be heard and understood without having to manually adjust the volume levels as the movie plays onward. 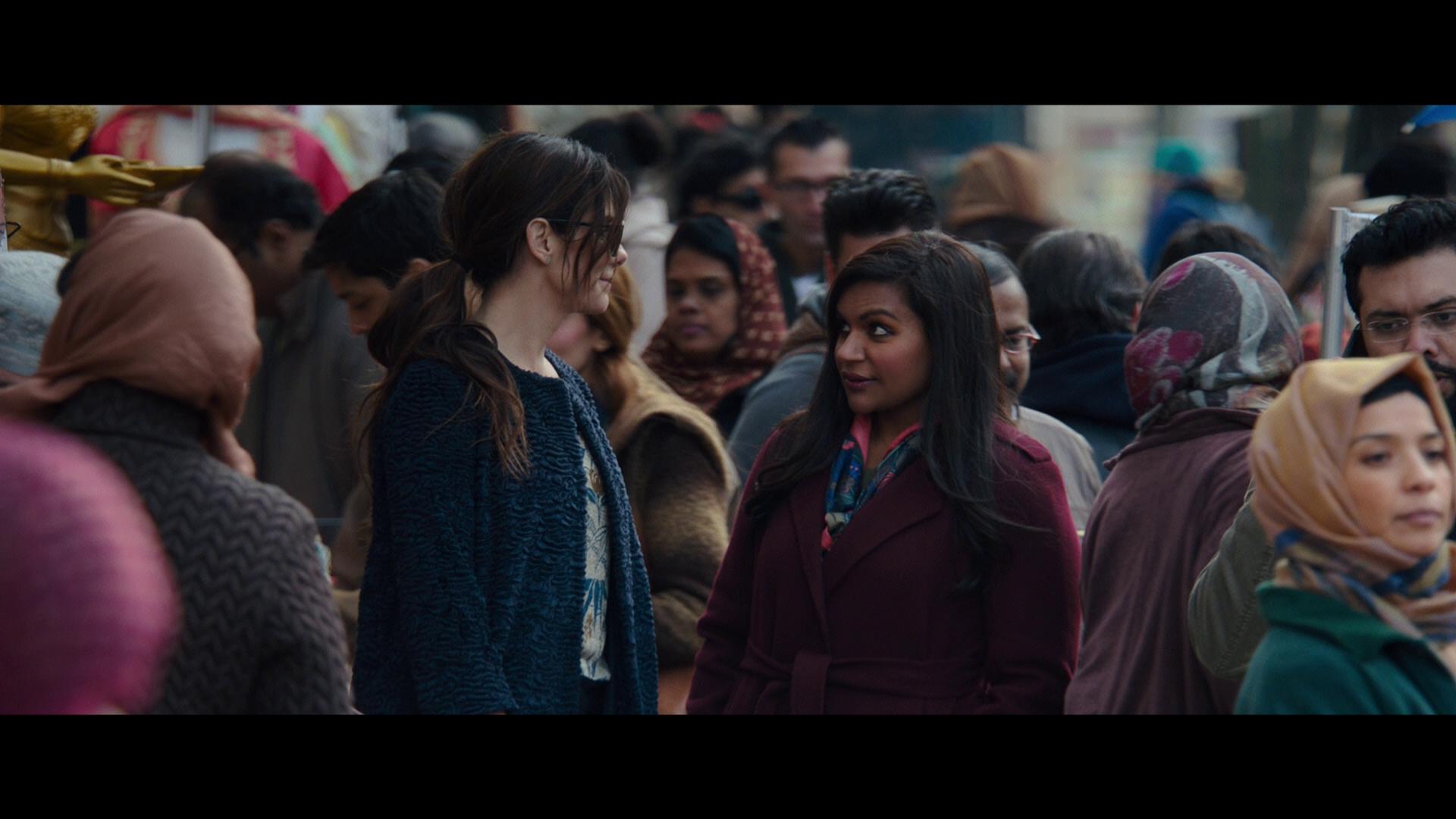 The Blu-ray release of Ocean’s 8 comes packaged in your standard two-disc Blu-ray amaray case.  Within that case is the standard Blu-ray copy of the movie as well as the standard DVD copy, both discs featuring absolutely no artwork that’s related to the movie outside of the standard release text and a generic red background.  A digital copy redemption pamphlet is included for the various streaming platforms; as well as a slipcover has been made available during the original pressing of the release that features the same piece of artwork that’s been provided on the case art. 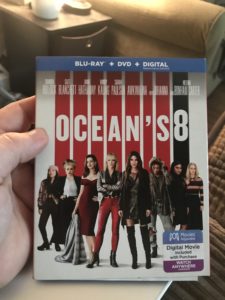 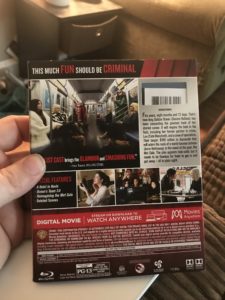 There are a few special features that are included on the Blu-ray release of Ocean’s 8.  The content that’s been made available offers some small insight of the work that went into making the movie, as well as a small extended look at the the storyline.  The only thing that I personally think that could have been included that would have made this release better would have been an optional audio commentary to accompany the feature film.  But, other than that I don’t have too many complaints about what was included.  Included with this release is: 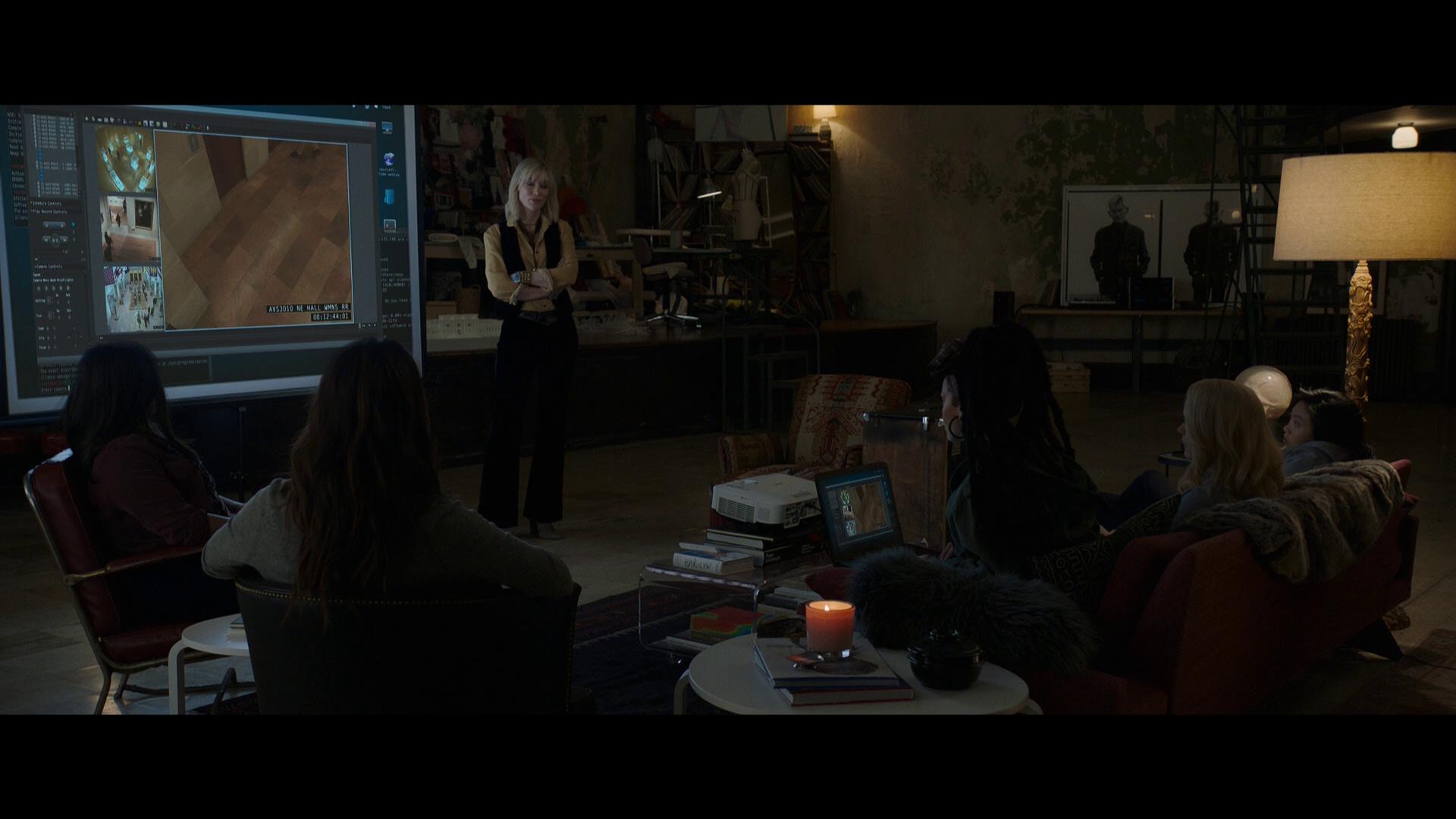 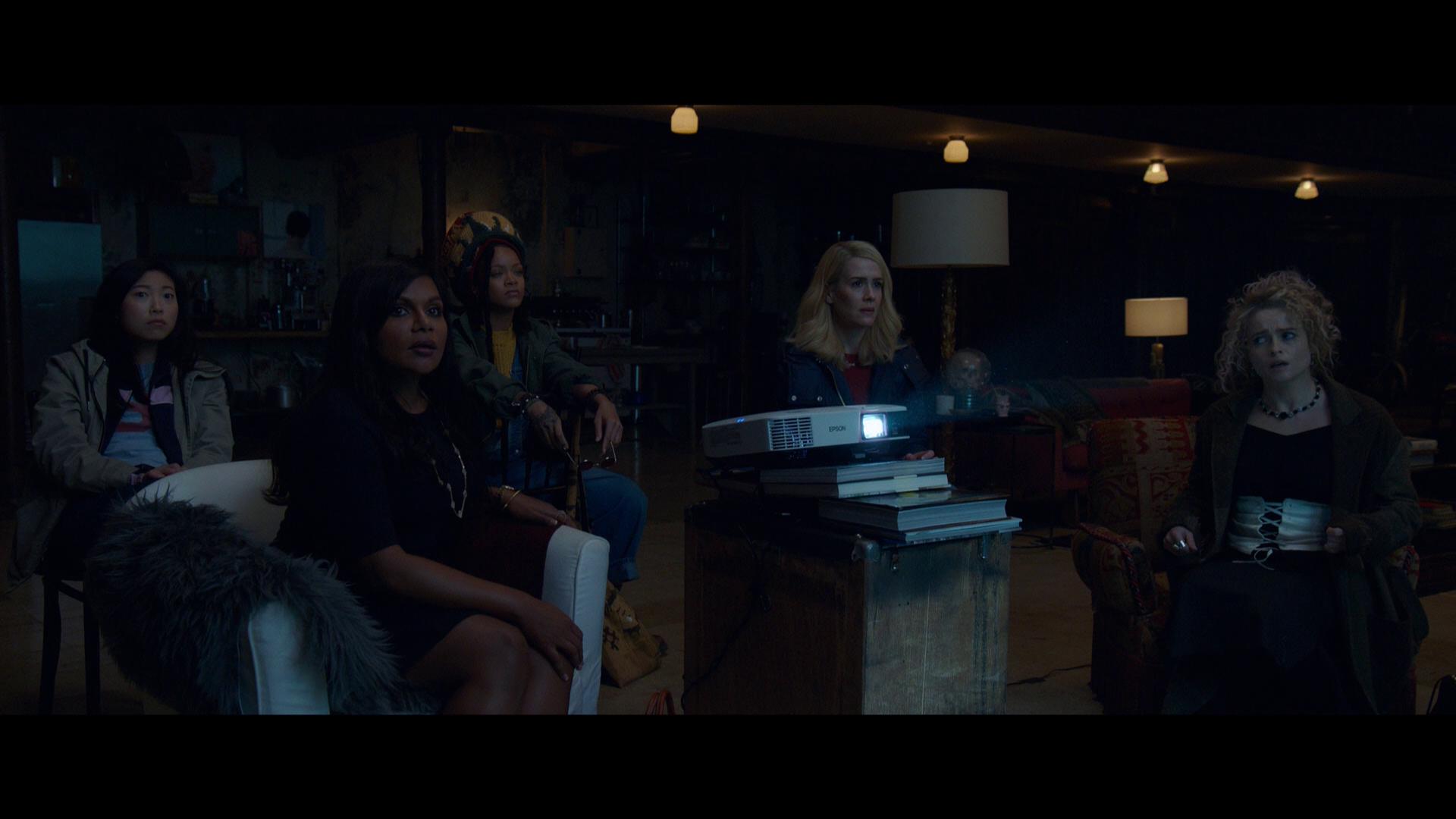 Overall, I thought that Ocean’s 8 wasn’t that bad of a movie.  While it wasn’t nearly as great as the films that had been previously released; once the storyline had its foundation it had certainly grabbed mine and my wife’s attention and was able to hold onto it.  Despite its rough start, and the random amounts of hatred this movie, it wasn’t too bad.  The audio and visual experiences that the Blu-ray release provided were really nicely done and offered an all out immersive experience.  The special features that were included offered not only a nice look at some of the behind the scenes work; but somewhat of a small and extended look at the storyline that’s at play.  If you’re considering this release for your collection, I can definitely recommend checking it out.  Ocean’s 8 will be available on 4K UHD, Blu-ray and DVD beginning on Tuesday, September 11. 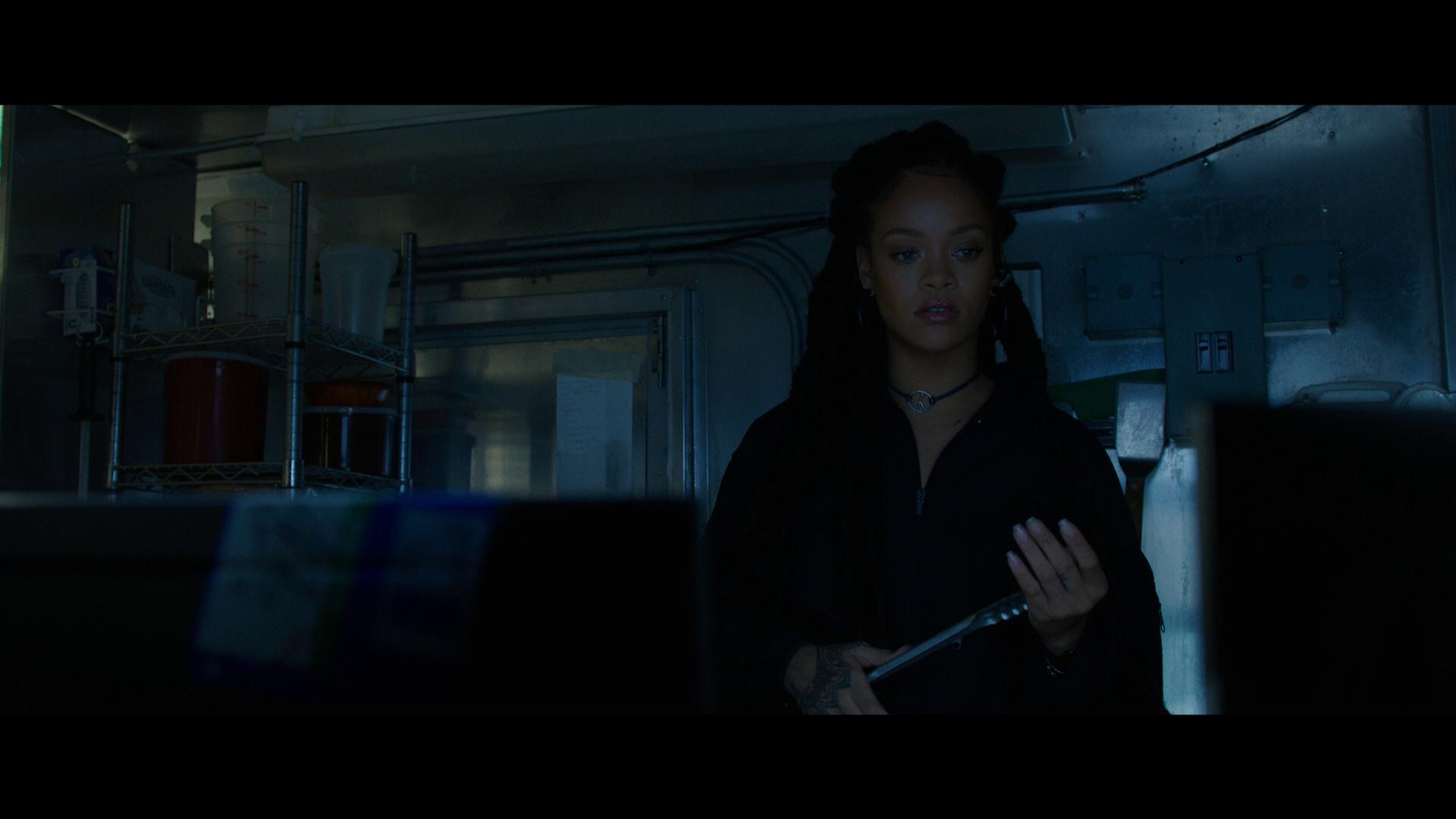