The Nutcracker and the Four Realms is a 2018 American fantasy adventure film that was directed by Lasse Hallstrom and Joe Johnston and written by Ashleigh Powell. It is a retelling of E. T. A. Hoffman’s short story titled The Nutcracker and the Mouse King and Marius Petipa’s The Nutcracker, about a young girl who is gifted a locked egg from her deceased mother and sets out in a magical land to retrieve the key. The film stars Kiera Knightley, Mackenzie Foy, Eugenio Derbez, Matthew Macfayden, Richard E. Grant, Misty Copeland, with Helen Mirren, and Morgan Freeman.

Taking place in Victorian London, England on Christmas Eve, as Mr. Stahlbaum is giving his children the Christmas presents that he and his wife had set aside for them prior to her passing. The younger daughter, Clara, receives a handcrafted egg shaped box, which she is unable to unlock. In the package, she discovers a note from her mother that states that inside the egg is all that she would ever need. The Stahlbaum family then heads to a Christmas Eve ball, hosted by the children’s godfather and skilled engineer Drosselmeyer. Refusing to dance with her father, Clara scurries out from the crowd to ask Drosselmeyer how to unlock her egg. He then reveals to Clara that the egg was a creation of his that he had gifted to her mother when she was younger, and that her mother’s wish was to bestow the gift to her daughter.

The film was announced in March 2016 with Hallstrom directing a script by Powell. Much of the cast had signed on that summer, and filming began in October at Pinewood Studios, lasting through January 2017. In December 2017, it was announced that Joe Johnston would direct a month of re-shoots that were written by Tom McCarthy, with Hallstrom agreeing to Johnston receiving co-directing credit. The Nutcracker and the Four Realms premiered in Los Angeles, California on October 29, 2018, and was released by Walt Disney Studios Motion Pictures in the United States on November 2, 2018, in RealD 3D and Dolby Cinema. The film grossed over $173 million worldwide, against a production budget of over $120 million. It received generally unfavorable reviews from film critics; they deemed the movie to be as “soulless” and “incoherent”, criticizing the slow pace and the lack of dance numbers, although the visual effects did receive some praise. 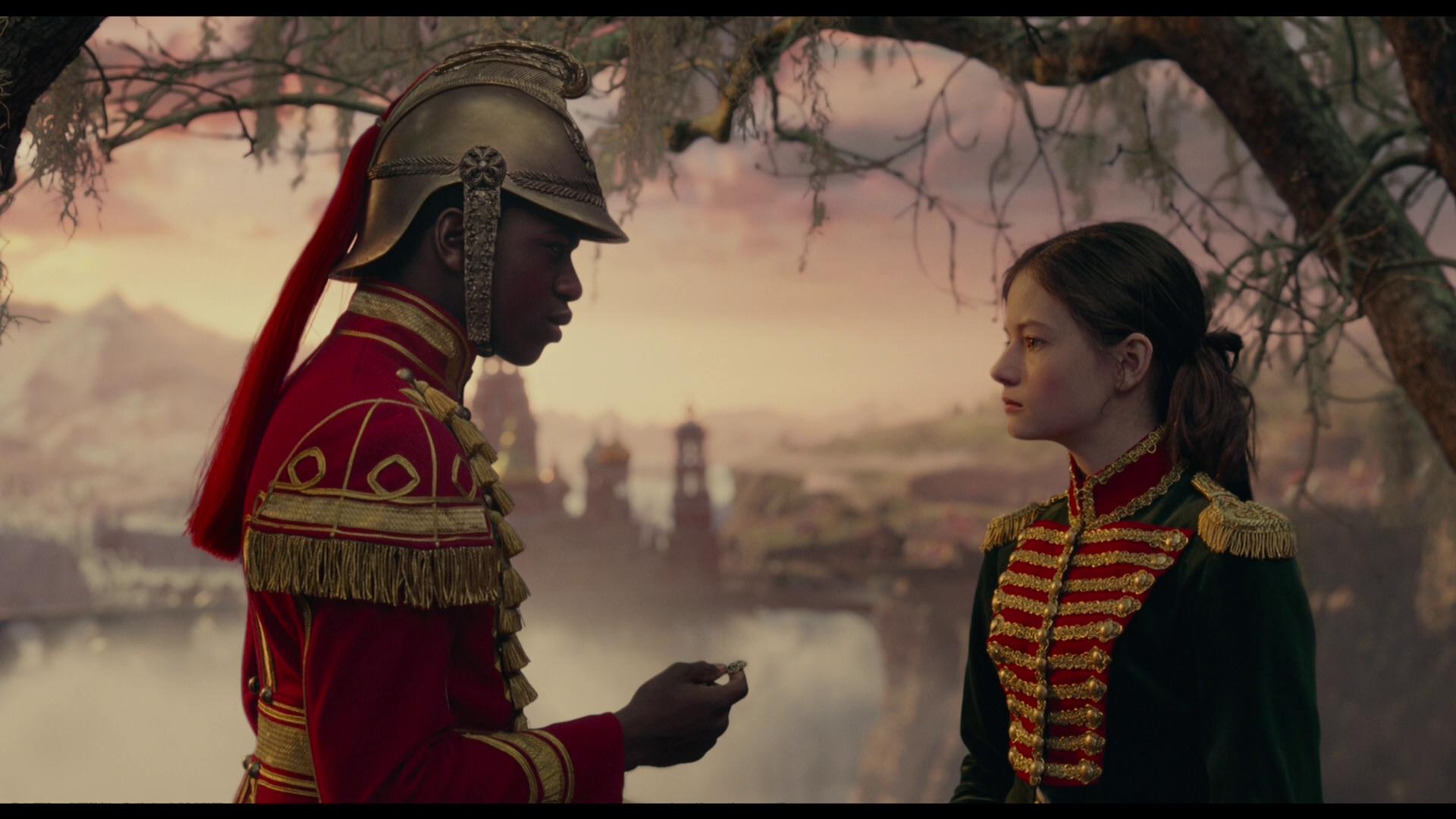 The Nutcracker and the Four Realms is a movie that’s easily watchable, and even more easily forgettable. Unfortunately, with a very less than enjoyable storyline, the only real thing that my wife and I really liked about this movie was that of the performances of the cast and the visuals that came with the special effects integration. Making a classic tale into nothing more than a completely unnecessary visual spectacle, the slow pacing and terrible progression of the plot line really didn’t make for much in terms of an enjoyable experience.

Originally shot on film, but finished at 2K, the 4K UHD release of The Nutcracker and the Four Realms is what is considered to be a “fake” 4K release. However, with its utilization of HDR throughout, it does a pretty solid job at accentuating the picture, boosting the finer details of the image, and making the overall appearance of CGI more appealing to the eye. With its much tighter color palette, the flesh tones of the characters appear much more natural than they do with the included Blu-ray release, and the black levels boast an added level of sharpness that make everything feel more distinct. Overall, despite the terrible storyline, the visuals did an okay job at making up for that, and made everything look pretty. 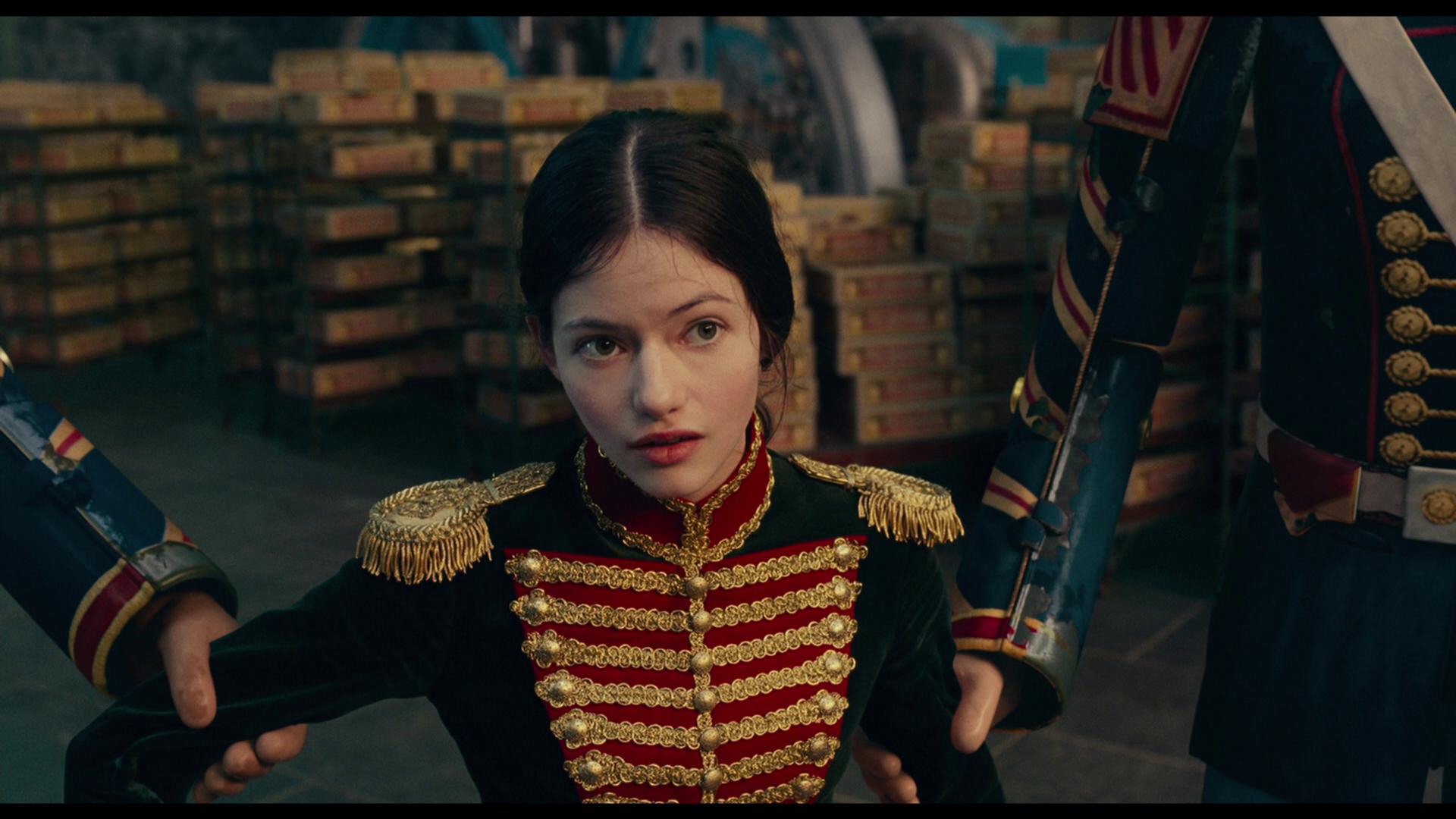 Packaged with an English Dolby Atmos audio track, the 4K UHD release of The Nutcracker and the Four Realms packs an absolutely immersive audio experience for its viewers that are able to make use of the technology with their home audio setup. Offering a pretty similar listening experience to the included Blu-ray release (which is packaged with a DTS-HD MA 7.1 mix), you do have to listen pretty closely to hear the elevation aspects of the track. The overall transitions between the various channels at play were extremely effortless and helped add to the level of immersion that came with this release, and the dialogue is spoken cleanly, allowing for everybody to be heard and understood without any need to manually adjust the volume levels as it progresses. 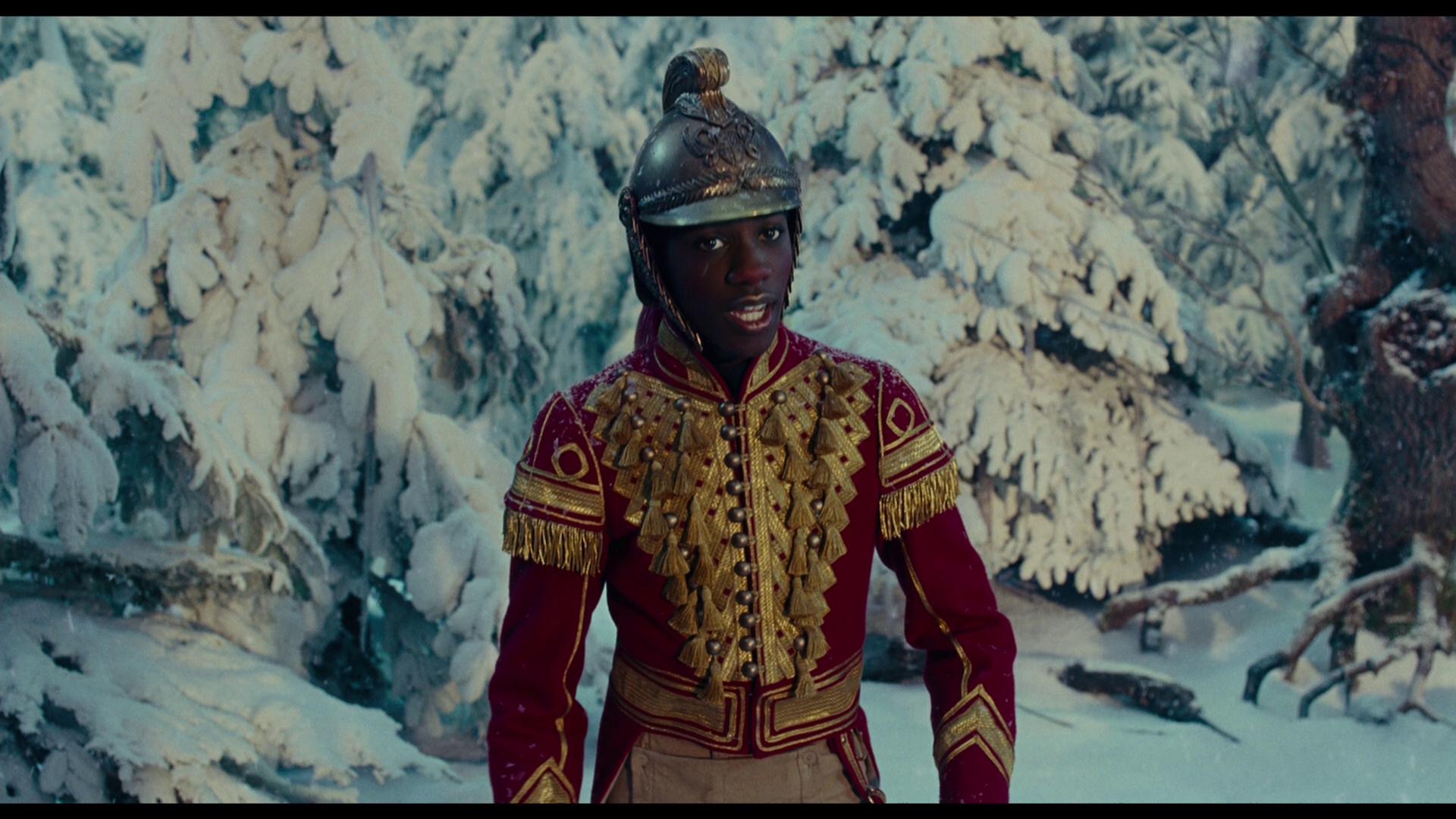 The Nutcracker and the Four Realms comes packaged in the standard two-disc UHD amaray case.  The UHD features a piece of artwork that’s related to the movie, and different from that of the case art; while the Blu-ray only has the standard release text and solid blue background.  There’s also a digital copy that’s been included, and a slipcover in the original pressing of the release that features the same artwork as the case. 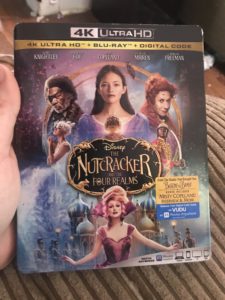 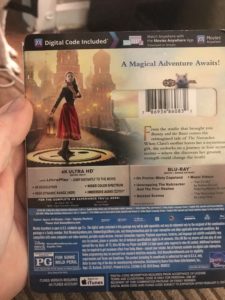 There’s a handful of additional content that’s been included with the 4K UHD release of The Nutcracker and the Four Realms. The material that’s included is considerably generic, and really doesn’t do much in terms of continued exploration of the storyline or any kind of beneficial look at the behind-the-scenes work that went on during the production stages. Included with this release is: 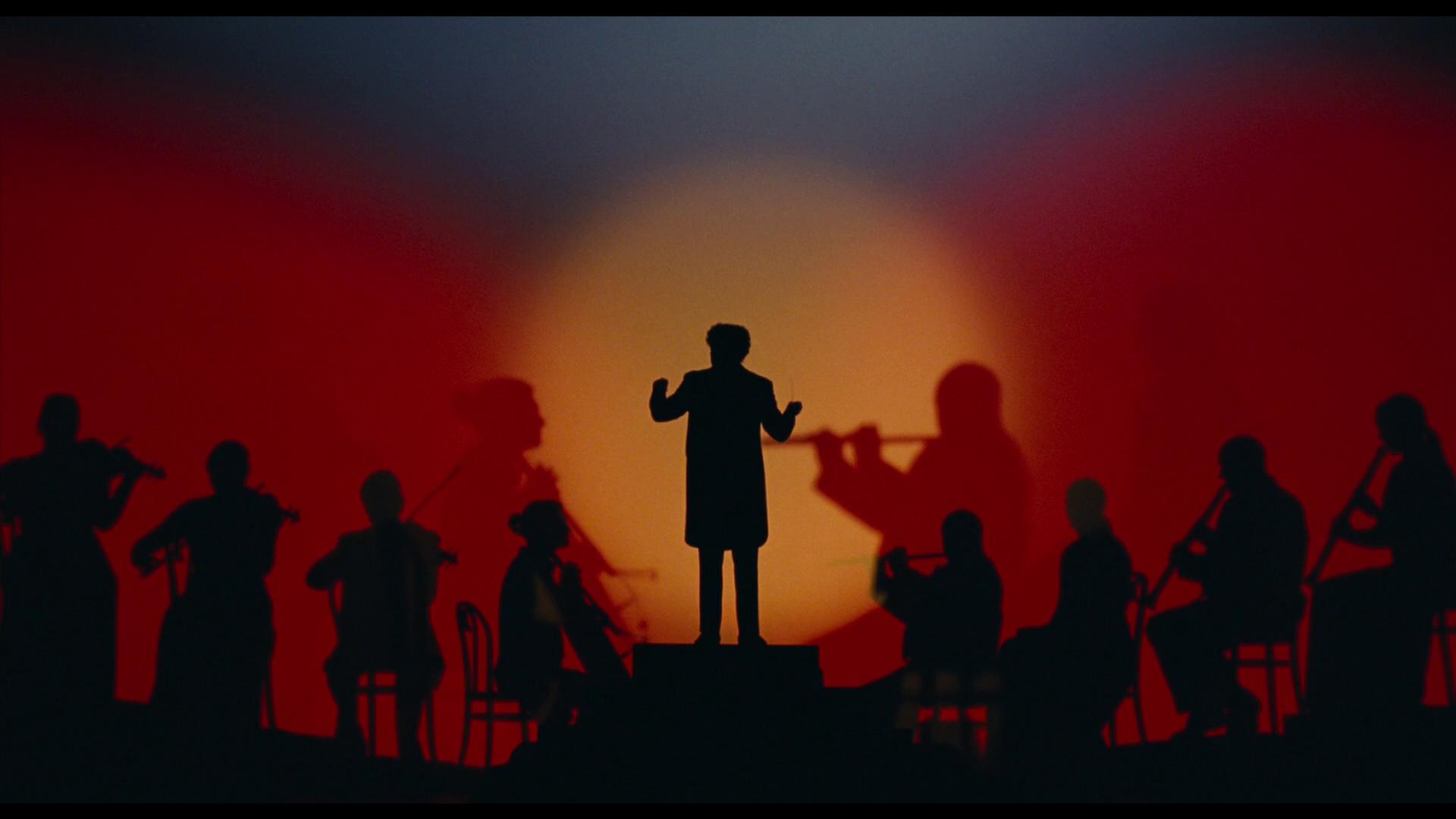 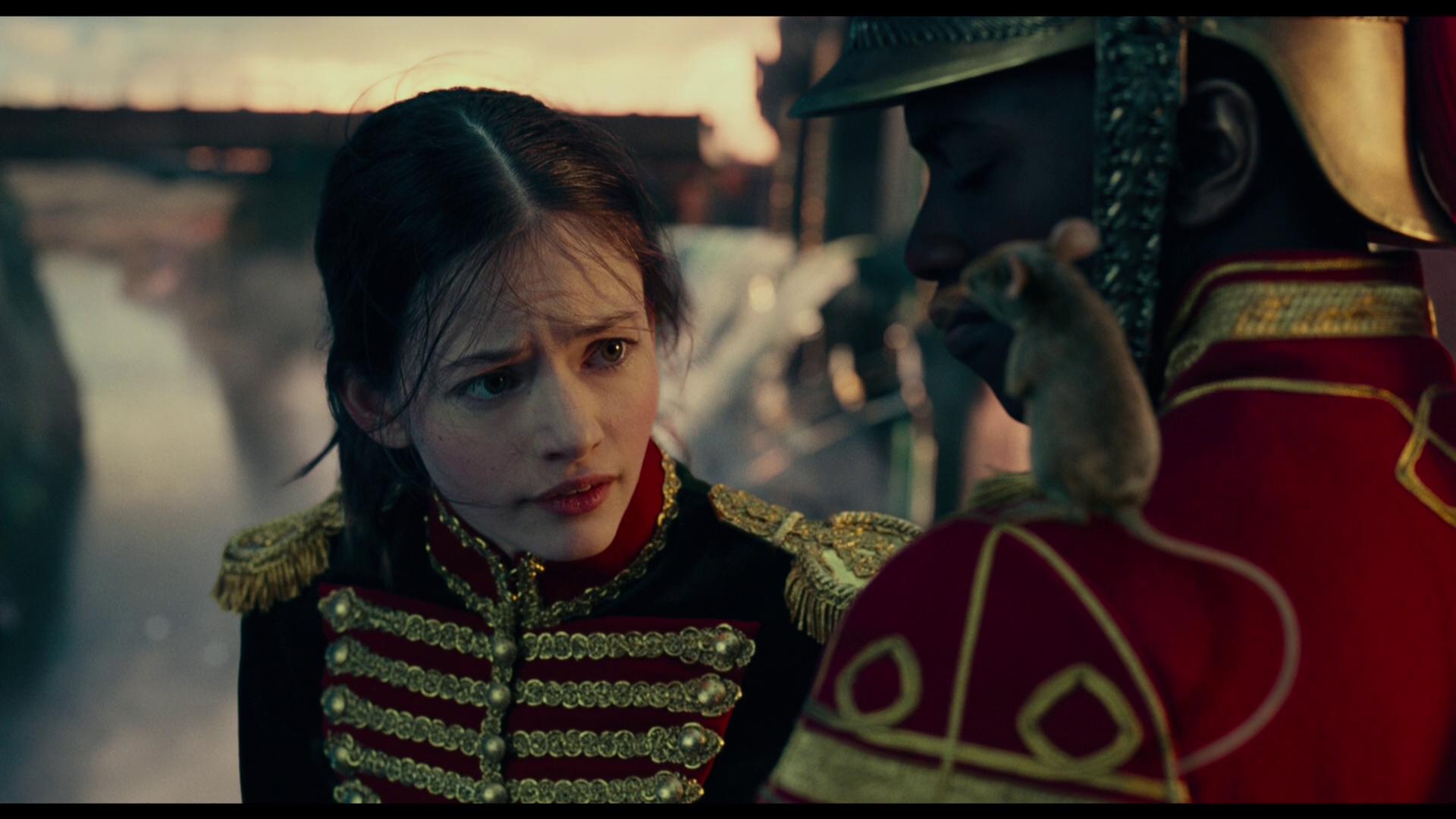 Overall, both my wife and I found that The Nutcracker and the Four Realms was an absolutely terrible movie. Despite the visually appealing presentation and CGI effects, nothing could really save this movie from the dull and extremely slow storyline. I mean, you can polish a turd, but it’s still a turd. The visual and audio presentation that came with the 4K UHD release were really well executed and made for a pretty shiny experience on my living room entertainment setup, but as we watched along, I could have only have hoped for a distraction. Special features are pretty bland too, and really offer minimal in terms of any kind of continued look at the work or storyline of the movie. If you’re considering this release for your library, I would really advise against it. That said, if you don’t want to go with my recommendation, The Nutcracker and the Four Realms is available on 4K UHD, Blu-ray and DVD. 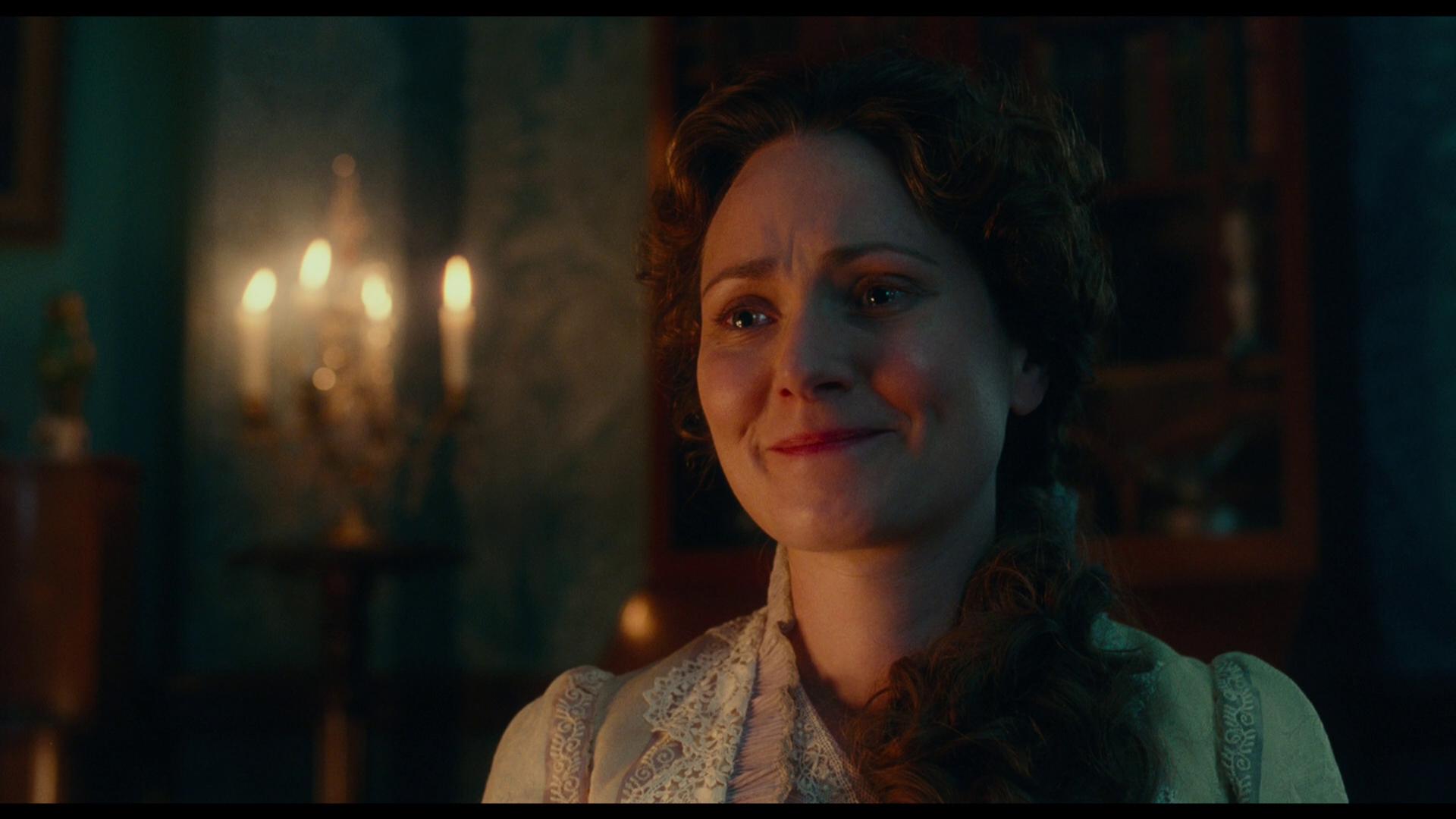