Now You See Me 2, is a 2016 heist/thriller that was directed by Jon Chu as a follow-up or continuation from the 2013 film that featured the origin story of The Four Horsemen.  The Horsemen are a group of extremely talented magicians who are notorious for their part in what is considerably some of the largest heists to be witnessed by a public audience in any capacity.

Originally announced in 2013, with filming starting in November 2014, this film originally made its theatrical debut June 10, 2016.  Having received its share of mixed reviews, Now You See Me 2 appears to have done really well as it grossed over $320 million at the worldwide box office. Audiences in the US were a little less enthusiastic, only bringing in $65 million of that total, but international audiences really enjoyed this one.

After taking the time to sit down and watch Now You See Me 2, I absolutely enjoyed this film.  It’s a rare occasion where a sequel presents an enjoyable experience anymore, but this film absolutely delivered.  I did have my reservations heading in as I had some issues with how the story of the first film played out.  But, with having the first movie in my collection already, I knew that I had to check out the sequel.

Boy, am I glad that I picked this up.  Now You See Me 2 features much, much more suspense than the original film.  It includes even better illusions performed not only by the Horsemen, but by a couple of the supplemental, yet key contributors to the story line. It is hard to cover this one without giving away spoilers, but just know, it is a nice improvement over the original film. 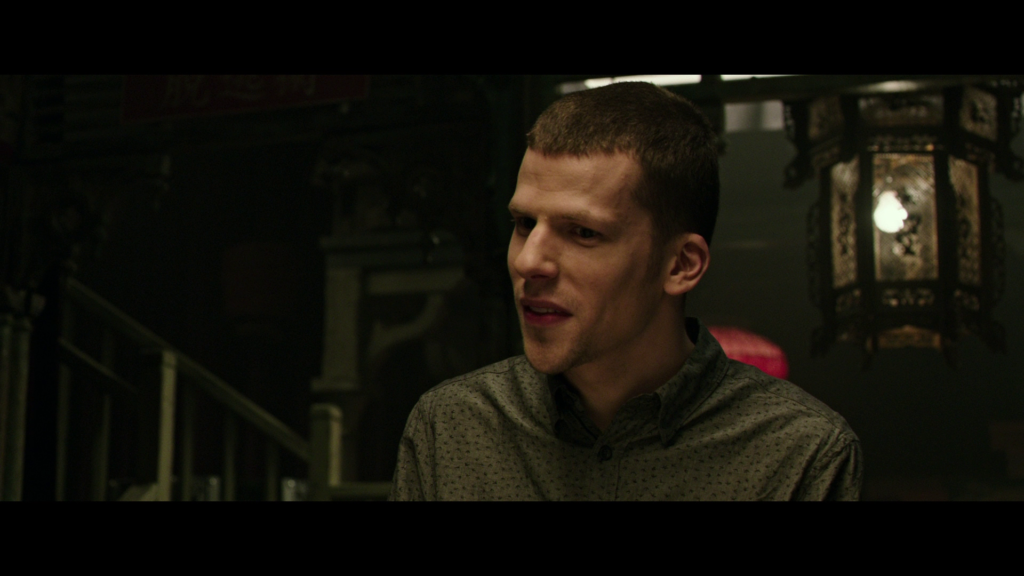 Presented in the stunning 4K (2160p) resolution with HDR, this movie absolutely popped on my home television.  The colors were extremely crisp and clear.  The action sequences maintained visibility extremely well and the inclusion of CGI effects in the various illusions helped everything feel real.  It all felt so real, that it was just like I was sitting there watching these events unfold in front of my eyes, ultimately making me wish that a real magician was capable of performing such acts as this.

Throughout Now You See Me 2, there are a handful of fast-paced sequences that help escalate the situations the Horsemen find themselves in, and they were extremely well done.  This made the UHD purchase worth every penny. 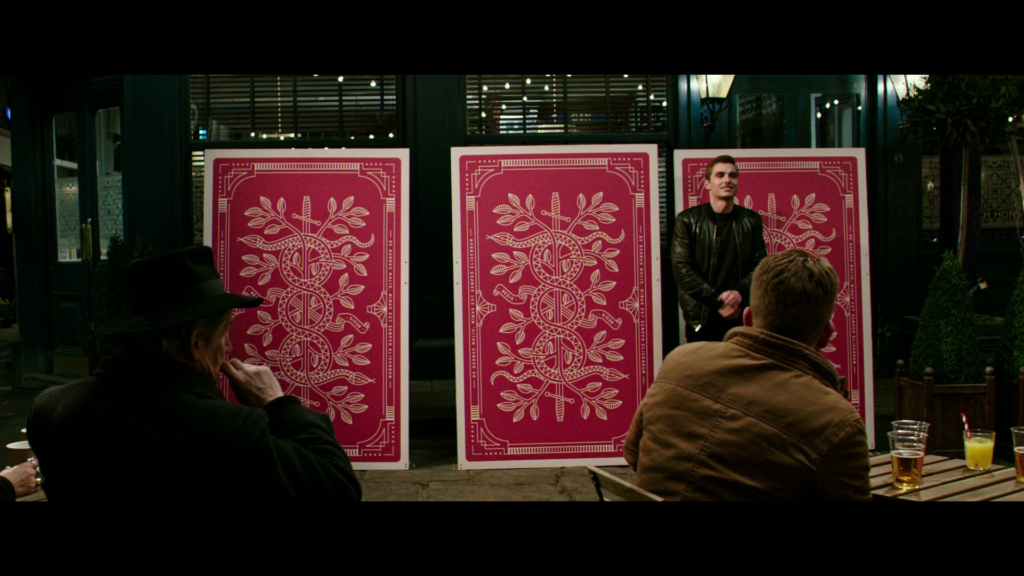 Of course, I’m a huge fanboy when it comes to Dolby Atmos technology and the immersive experience that it has to offer for home viewers.  Now You See Me 2 certainly makes use of the film’s sequences from all angles.  Being able to hear everything from every direction possible, it helped me to gain an even greater appreciation for the Horsemen and their abilities and the overall story behind “The Eye”.  In fact, one notable part of the film involved a fireworks scene as the Horsemen executed another large scale feat; hearing the explosions burst in the air from all angles really felt as if I were witnessing a display as if it were playing out in my local park.  The Prime Satellite Speakers from SVS did an outstanding job with this film’s offerings, making it feel as if you were right in the middle of the film.

Even the film’s musical score that was used to place emphasis on various scenes were executed perfectly.  We had our faster tempo scores during the parts that were more tense, and our slower scores during the slower parts as they often contained key elements to the story. 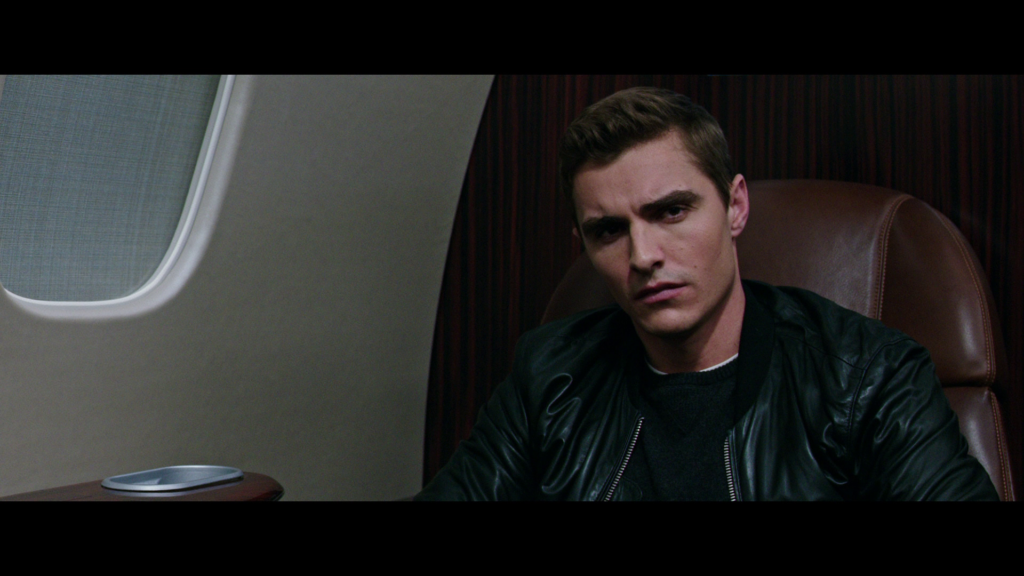 Now You See Me 2 comes packaged in your typical amaray case that UHD releases come housed in.  With the first pressing of this release, you are given your 4K UHD Blu-ray Disc, your standard Blu-ray disc, a digital code redemption pamphlet that allows you to add Now You See Me 2 to your digital library and a slipcover. 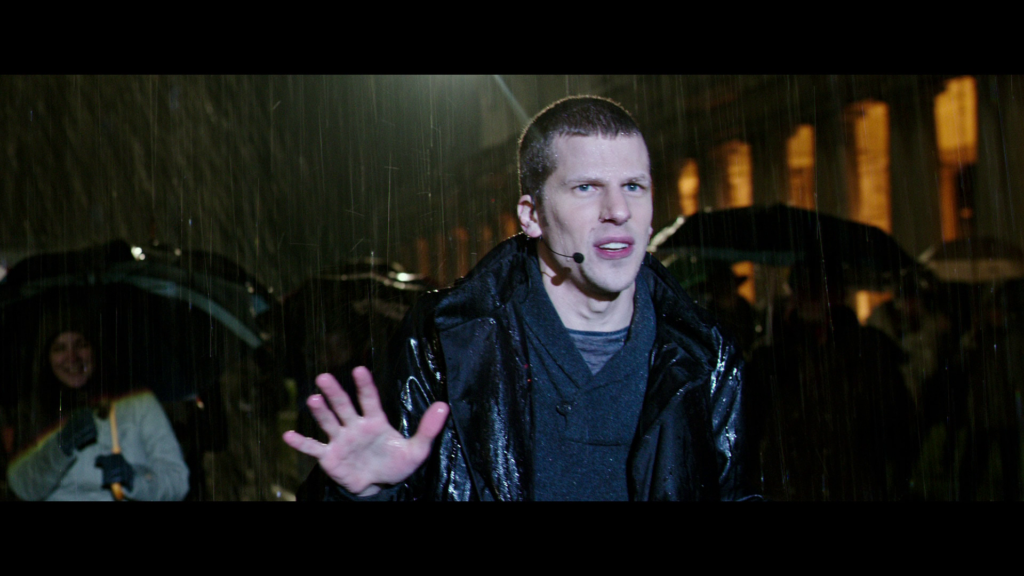 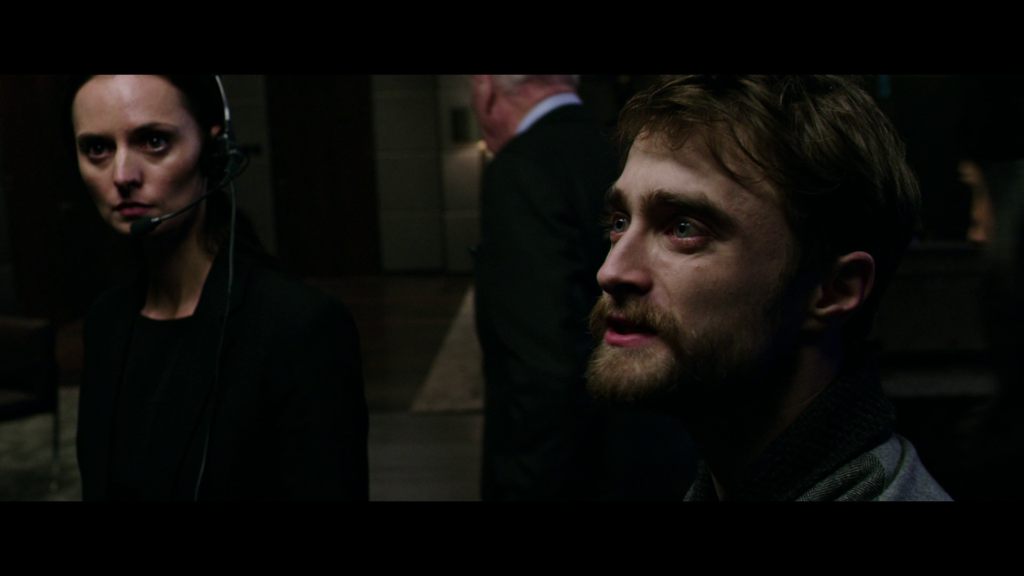 As you can see after reading through my review, I absolutely loved Now You See Me 2 and the experience that it had to offer.  In fact, I really enjoyed this film more than the first.  This movie is packed with on the edge of your seat action and thrills, and absolutely mind-blowing illusions.  The visuals of this film really popped on my 4K TV with the use of HDR; ultimately it felt as if I were standing right there in the middle of the action.  The use of Dolby Atmos for the audio track created an extremely immersive experience, allowing us to gain a true appreciation for everything around the Horsemen and their story.

Before picking Now You See Me 2 up, I really wasn’t sure if I would like it as much as I did.  There were some issues that I had with the first film’s story, and after looking at the earlier films that Jon Chu directed, I didn’t have high hopes.  Seeing that Chu was involved with G.I. Joe: Retaliation, Justin Bieber: Never Say Never and Step Up 2: The Streets, I’m sure you can understand my hesitation.  But, Chu did a phenomenal job with this film and everything that it offered.

If you enjoyed the first film, even in the slightest, you’ll definitely want to check out Now You See Me 2.  If you have or are working on having a 4K supported setup, definitely spend the extra little bit and pick up the UHD; it is reasonably priced on Amazon now! 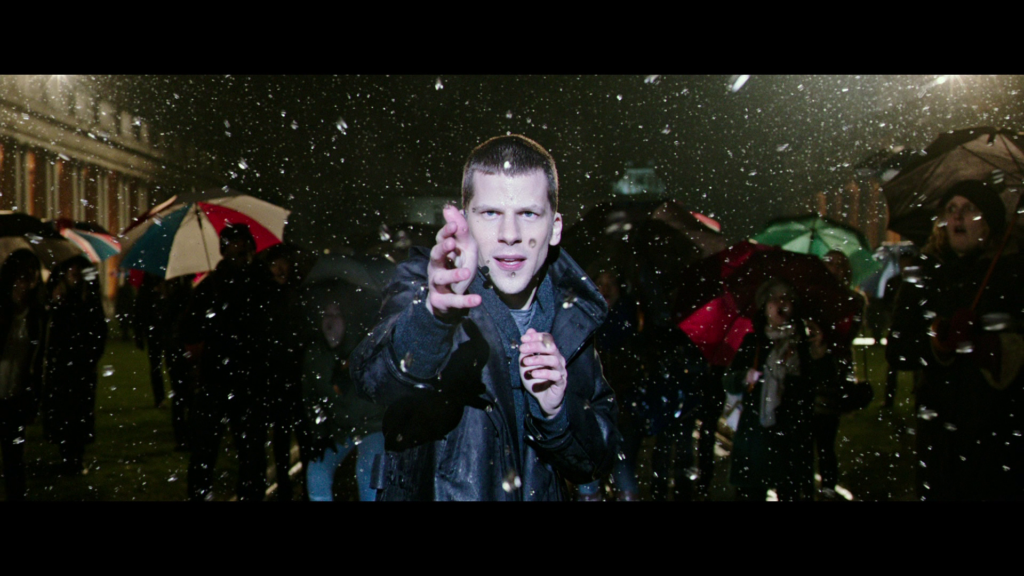