Employing an outstanding performance from lead actor Jake Gyllenhaal, Nightcrawler explores themes of desperation and spiraling desire to craft an effective commentary on not just the leaning unethicality of the news and journalism industry, but the entire concept of fabricating truth to meet the wants of others.

It wasn’t until the very end of 2014 that I saw films such as Birdman and Whiplash, but up until then Nightcrawler was certainly my favorite for that year. Even now, the unique premise and eerie performance of Jake Gyllenhaal keeps me coming back more often than the aforementioned “films of the year.”

The film begins with a fine exposition of Gyllenhaal’s character; a young man named Lou Bloom, who spends a great deal of time studying various topics and skills on the internet, lacks traditional moral integrity, and is powerfully driven. It becomes clear early on in the film that Lou isn’t necessarily the most relatable character to most audiences, but his eccentricity and way of thinking makes him a wonderfully compelling individual. Lou becomes interested in the gritty, nocturnal profession of “nightcrawling” (crime video journalism), and we see the film take an even darker turn as Lou’s desire to please the manager of a news channel, by obtaining explicit footage, evolves into dangerous proportions. 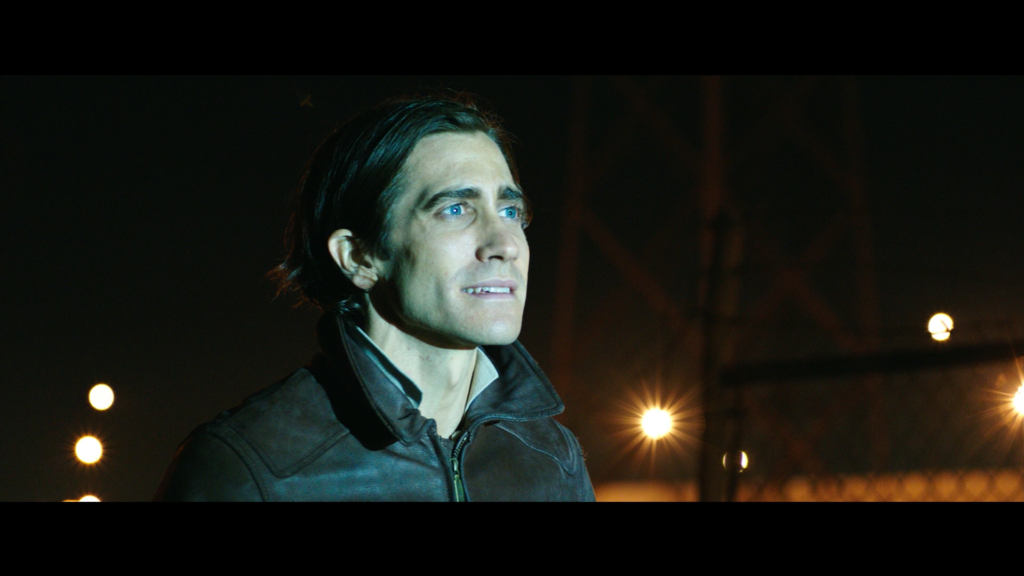 Nightcrawler is exciting, intense, graphic, gritty, and offers a interesting critique on the morality of crime journalism. That critique, I feel, also applies to the morality of society in general. We ought to be mindful of what we’re doing to obtain what we desire, and furthermore, we ought to be mindful of whether or not our desires are serving a healthy purpose for us and others. Failing to do so, we risk bringing mental and physical harm upon ourselves, and even more so upon the people that surround us. 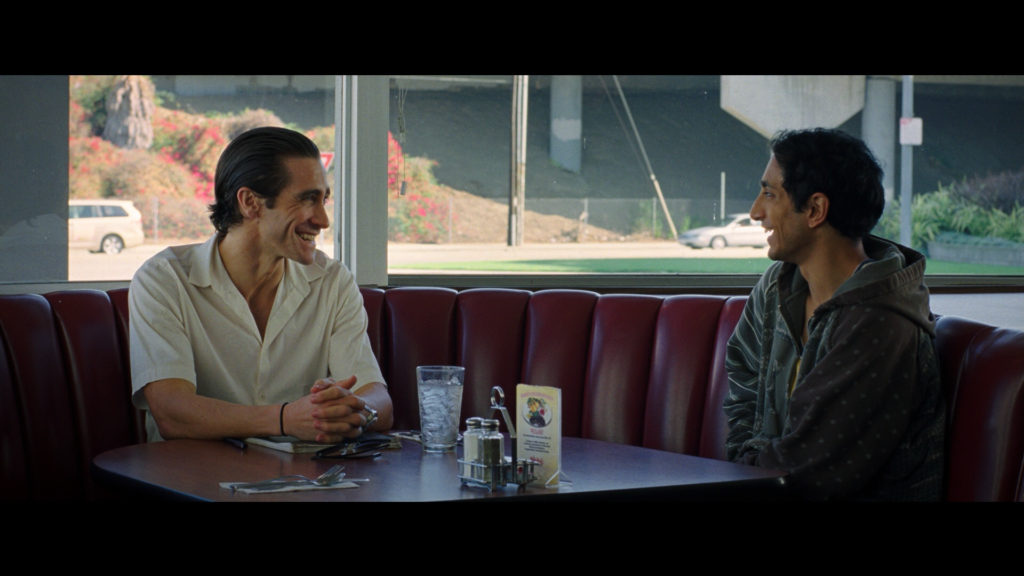 The setting and intimacy of much of the film doesn’t necessarily offer itself as being a candidate for the “home cinema spectacle of a lifetime” award, but within this dark, confined environment is a brilliant collection of clarity, strong coloring, and brooding, dim ambience. Nightcrawler presents superb, stable video quality, even with most of the scenes shot at night. Slight grain adds a filmic crispness to the picture, and everything feels appropriately lit, depending on how moody or disturbing a particular shot is supposed to be. Much of the shooting took place without the aid of additional lighting, but the ARRI Alexa XTs used to shoot most of the film do a fine job of capturing detail. 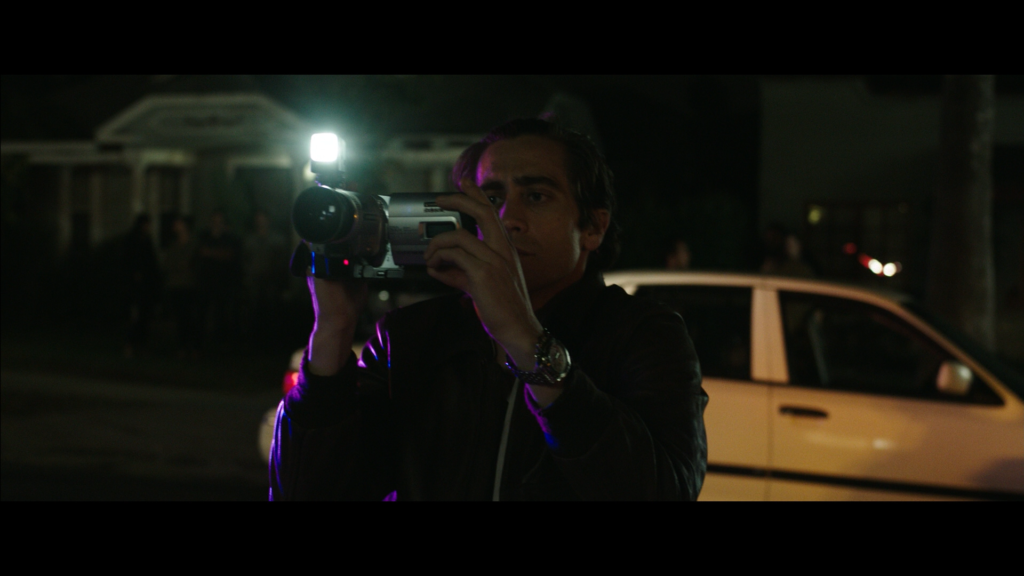 The sound design in Nightcrawler is already fantastic, and we are treated with complementarily exceptional audio quality to really bring the streets of LA to life. Tire squeals, harsh engine roars, gunshots, and dialogue are all very clear and lifelike, adding to the realistic grittiness the film aims to present. Nothing ever feels muddled, even in scenes with larger crowds and police chatter; proficient mixing brings out the focus sounds and lines while leaving a subtle atmosphere of bustle that completes the soundscape. 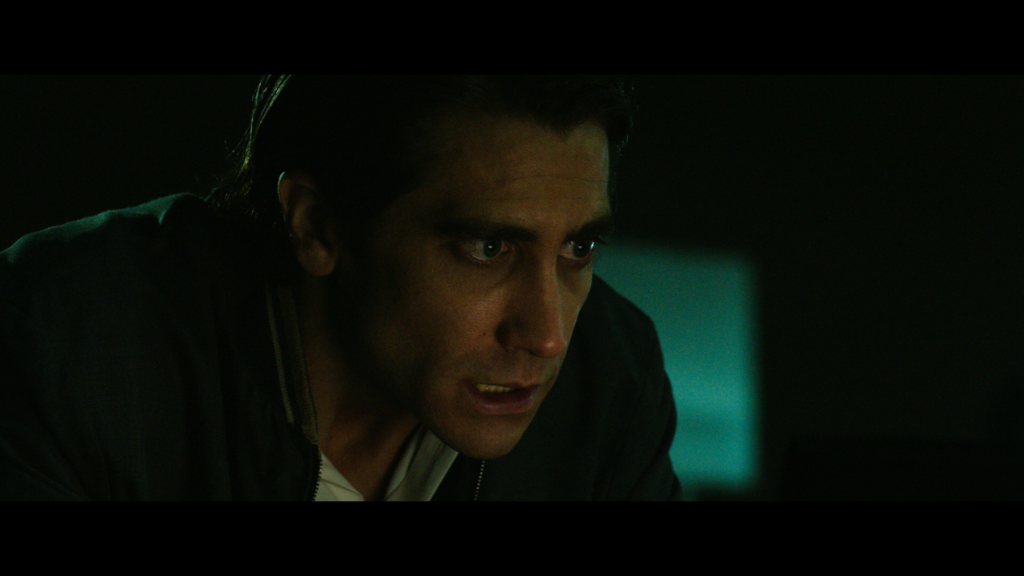 Thankfully, we are treated with sturdy, non-eco casing with this release. Cover art is nice in my opinion, but nothing to go in-depth about. Fairly standard Blu-ray release fare, with a DVD and digital copy included. As I’ve come to expect from low-budget indie releases, there is little in terms of bonus features. There’s a commentary with the Gilroy brothers (director Dan, producer Tony, and editor John), and it’s about as much behind-the-scenes/production conversation as we’ll get. There’s also a featurette titled “If it Bleeds, it Leads” that includes some production and interview bits with the cast and crew, but at just around five minutes, it’s hardly anything to really write home about. 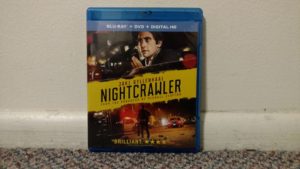 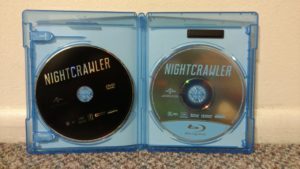 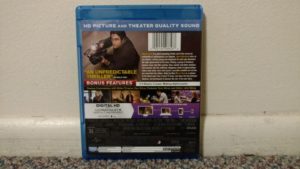 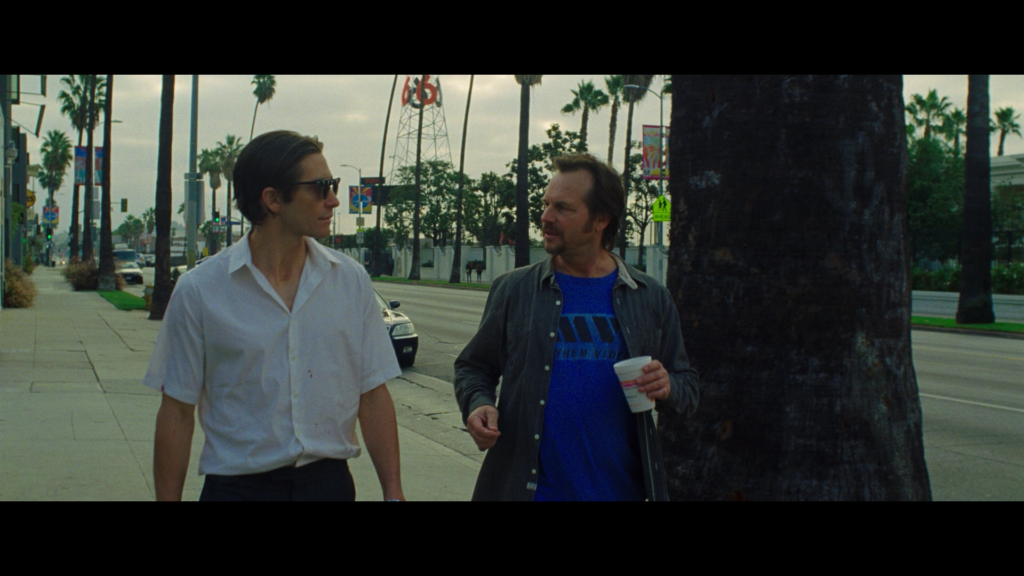 Nightcrawler is an excellent film, one that can draw in people who enjoy thrilling intensity as well as those who take a more thoughtful approach to watching movies. There’s plenty of depth to justify repeated viewings, and it’s overall unique premise and outstanding acting talent has made it one of my personal favorites. I wish there was more than just the feature itself included in this release, but the exceptional visual and auditory delivery of this Blu-ray does make-up, to an extent, for the lacking special features. 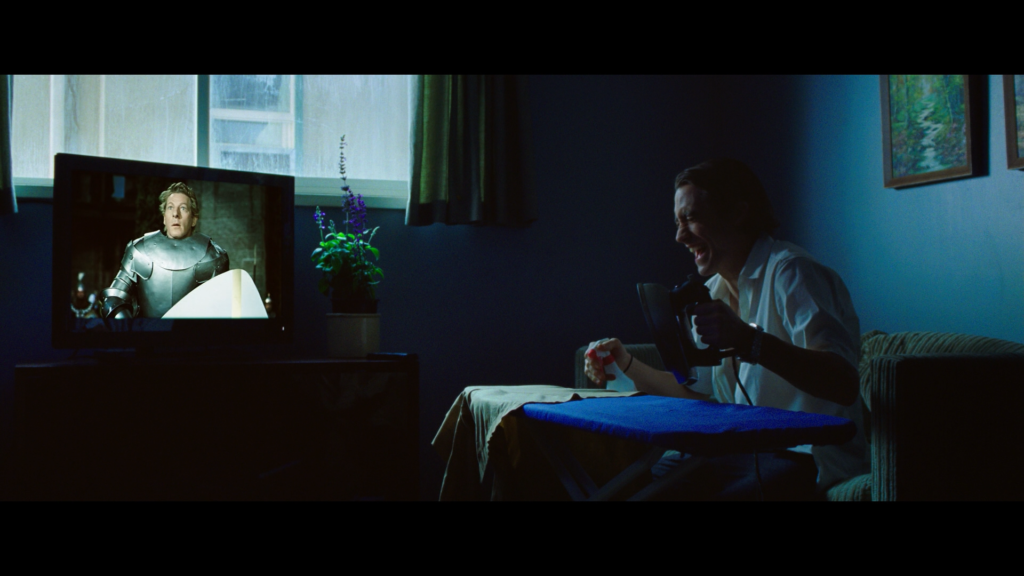