Nigh School is a 2018 American comedy film that was directed by Malcolm D. Lee and stars Kevin Hart, Tiffany Haddish, Rob Riggle, Taran Killiam, Romany Malco, Keith David, and Anne Winters.  Hart also produced the film alongside Will Packer, as well as co-wrote the script.  The story follows a group of adults who are set out to earn their GEDs.

The movie starts off in 2001, with high school student Teddy Walker as he decides to drop out of school when he finds himself unable to concentrate during a crucial exam.  Transitioning to years later, in 2018, Teddy is working as a barbecue grill salesman while he is dating a wealthy woman named Lisa, having developed a careful financial strategy that allows him to maintain the illusion that he is better off than he actually is.  However, his life begins to fall apart as he learns that he is going to inherit control of the store when the current manager retires.

The film was released in the United States by Universal Pictures on September 28, 2018, and has grossed over $102 million worldwide and received a variety of mixed reviews from critics. 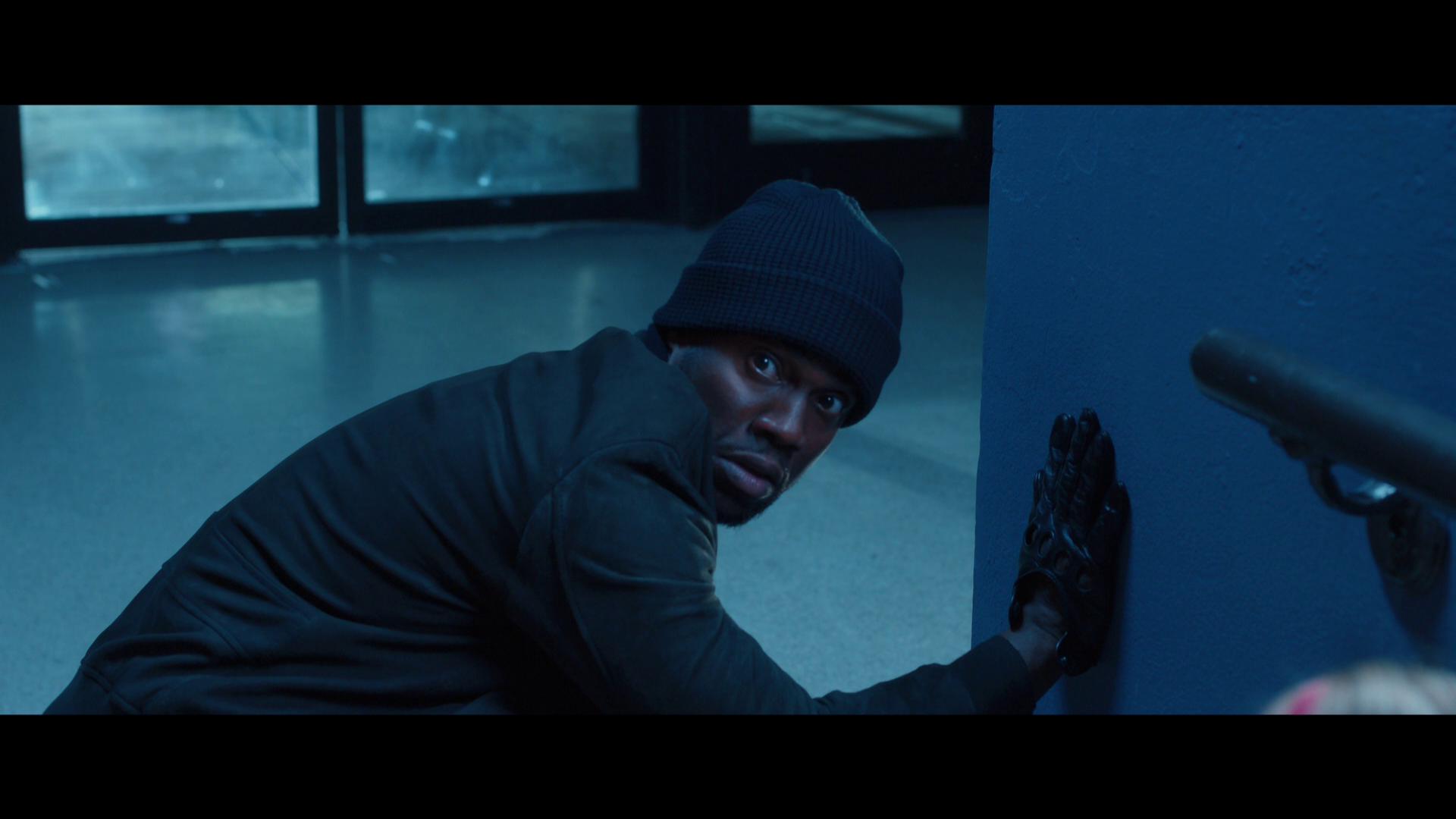 Night School is one of those movies that had a lot of promise with the variety of promotional material that was made available both prior and during its theatrical run.  Originally presenting itself as an all out comedic adventure, the movie unfortunately fails to deliver on that presentation.  Sure, there were a few laughable moments that made my wife and I smile; but, the movie as a whole is more of a wholesome storyline as we follow along with Kevin Hart’s character and his determination to get his GED.  Seeing the friendships that he develops during his courses, coupled with his failure to really accept himself for who he is, the development of the characters are what really made this movie an enjoyable experience. 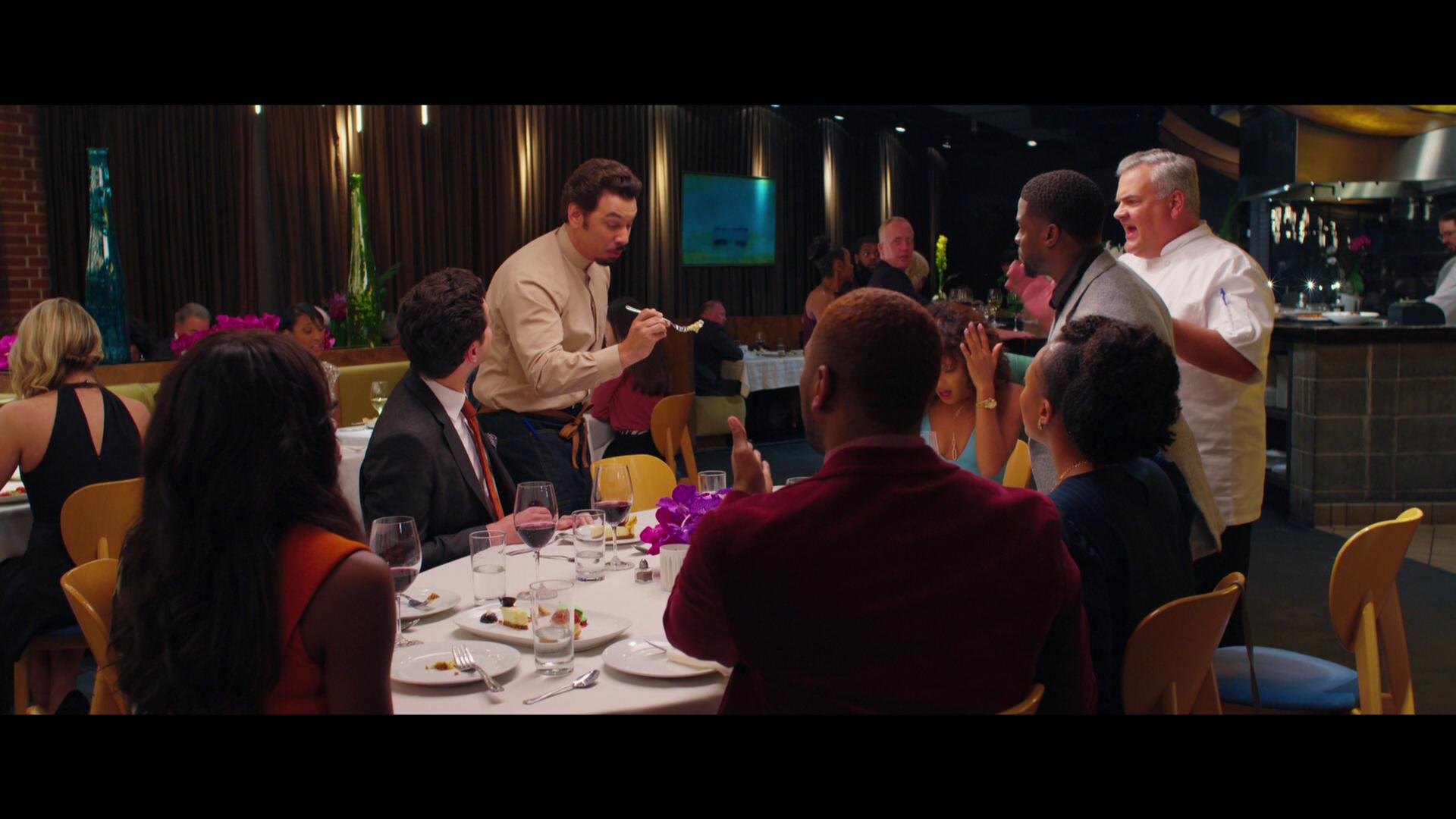 Presenting itself in what is considered to be a “fake 4K” release, Night School is a movie that really didn’t call for the release on the format.  While it does offer a clean mixture of lifelike visualizations, particularly in the school environment, the release as a whole really shines with its utilization of HDR as the color palette makes itself significantly more distinguishable over the presentation that’s offered with the standard Blu-ray release.  It doesn’t really shine or have any moments that stand out from others; but overall, everything looked really clean and certainly allowed for everything to be seen and understood without any kind of additional focus needed. 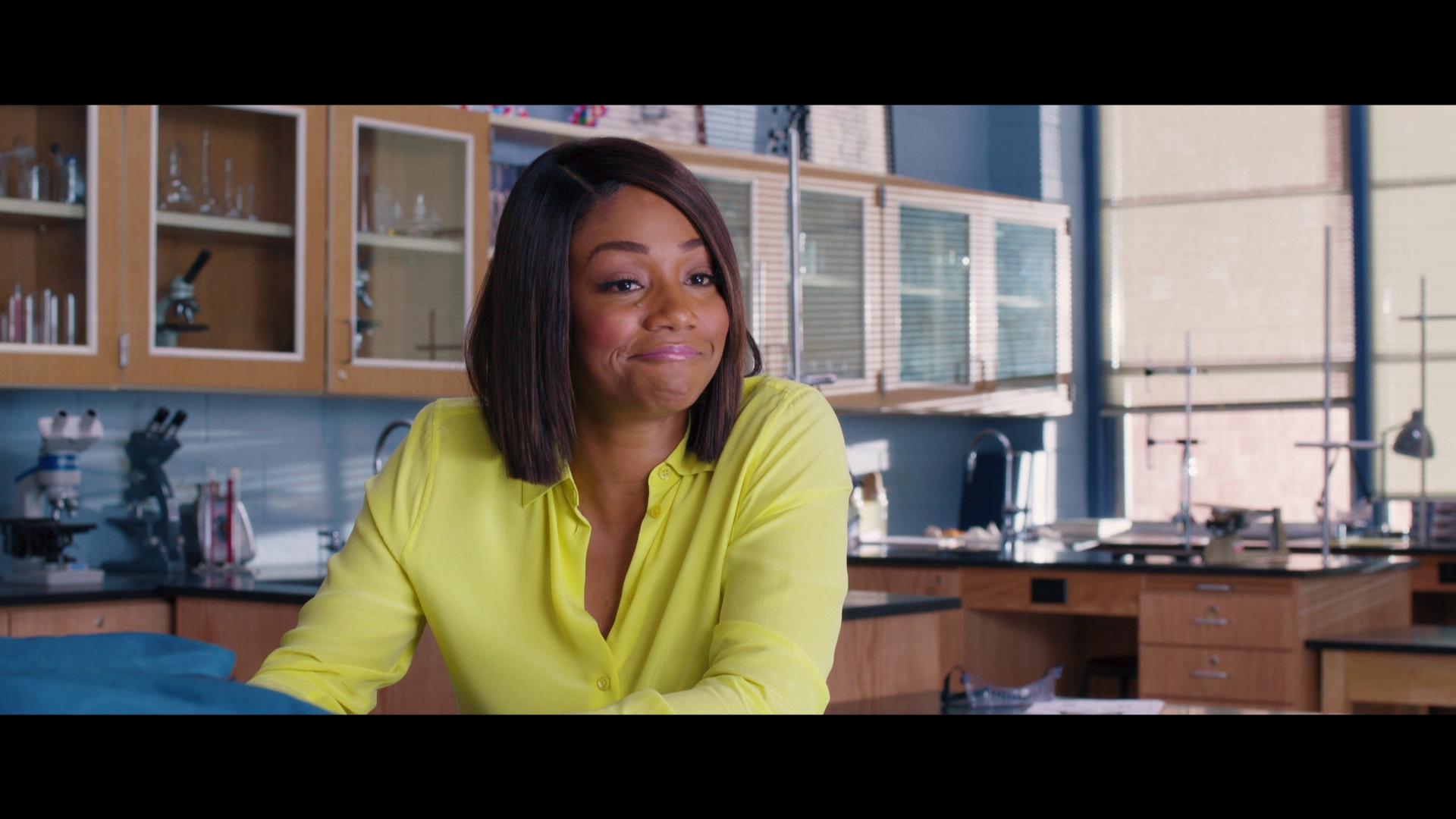 Bundled with an English DTS:X Audio track, the 4K UHD release of Night School really takes the audio presentation to an all new level, particularly considering the fact that this movie doesn’t necessarily call for a powerful presence nor does it call for any kind of extreme immersion that would have typically been offered with an Atmos track.  The various sound effects that were associated with the various comedic sequences were particularly noteworthy as they helped to amplify the significance of that particular action being carried out.  The dialogue is spoken cleanly, and every character was able to be heard and understood without any kind of manual adjustment of the volume controls necessary. 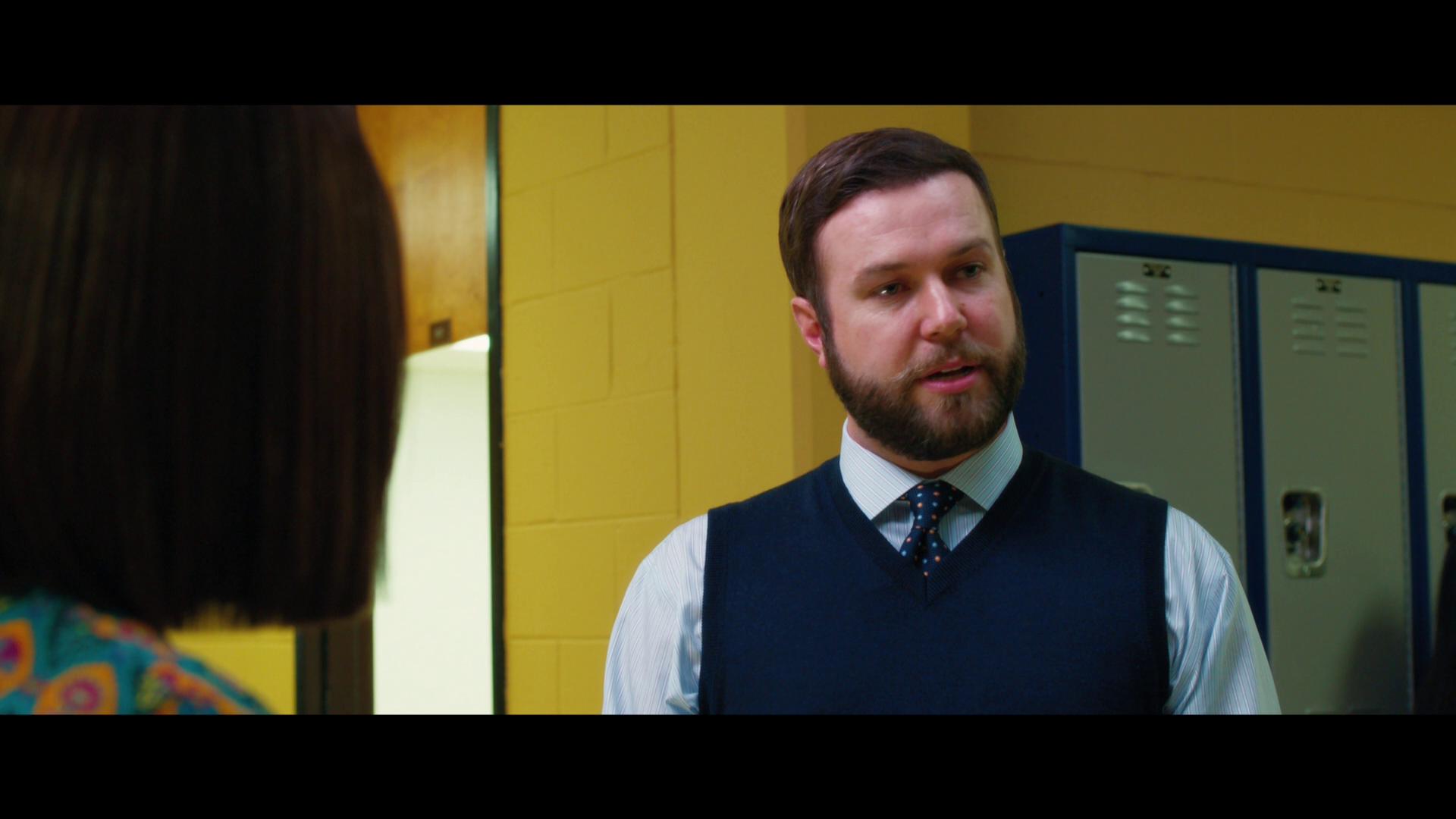 The 4K UHD release of Night School comes packaged in your standard two-disc 4K UHD amaray case.  Within that case is the standard 4K copy of the movie, as well as the standard Blu-ray copy.  The 4K disc does come with the same artwork that’s been provided on the case art while the included Blu-ray disc features only the standard release text and generically solid colored background.  There is also a digital copy redemption pamphlet for the various streaming platforms, as well as a slipcover that’s been made available during the initial print run of the release that features the same artwork that’s been provided on the case. 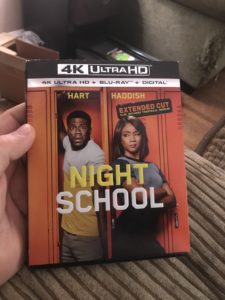 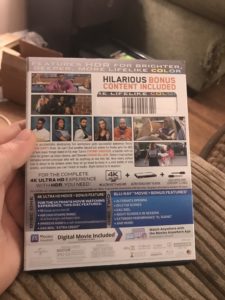 There’s a variety of special features that have been included with this release of Night School.  While there is a single item that’s been included on the 4K disc, the majority of the content has been made available on the included Blu-ray disc.  The content, explores not only the storyline a little further, but overall the amount of fun that was had by the cast and crew as they worked together in making this movie.  Included with this release is: 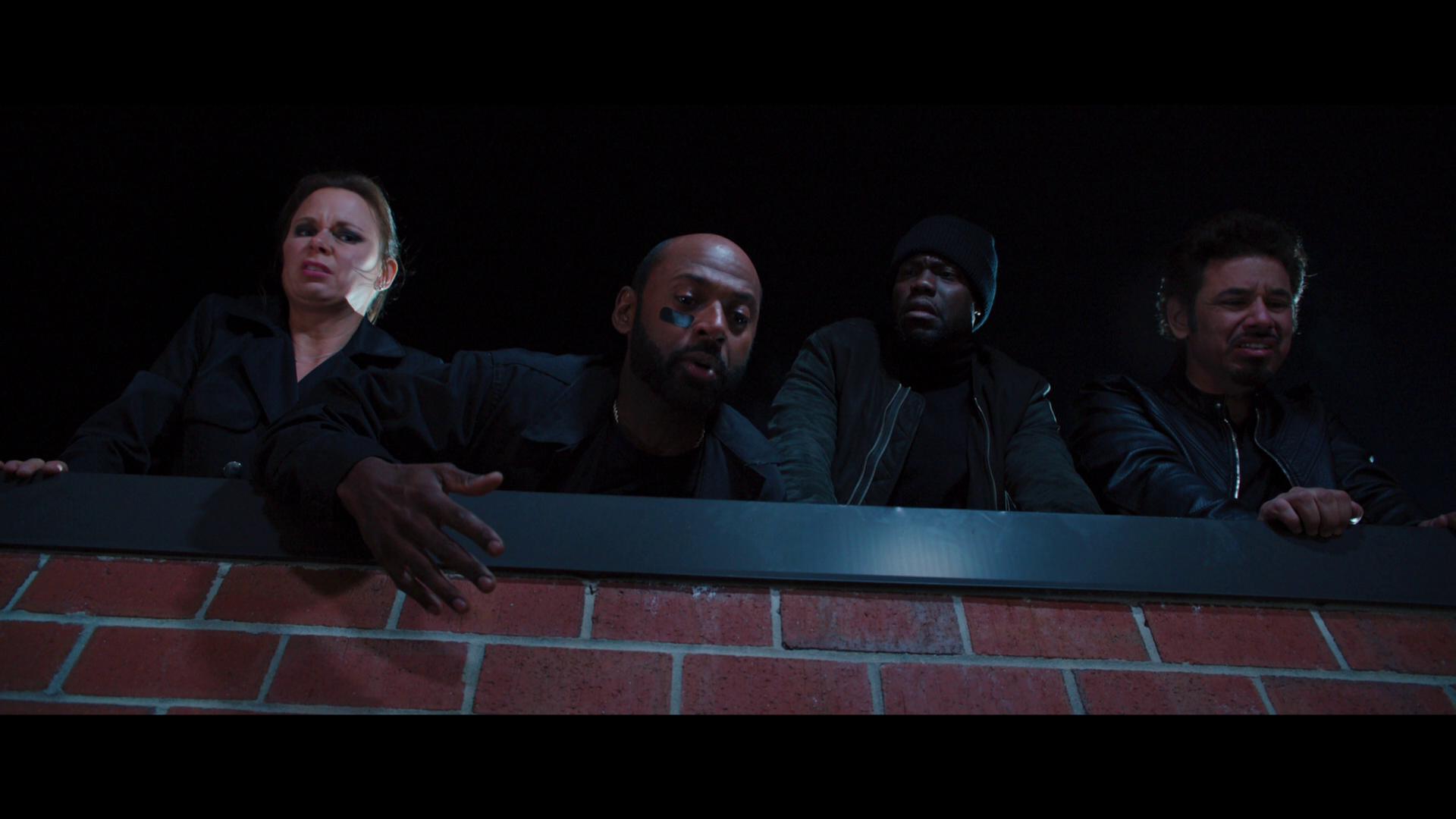 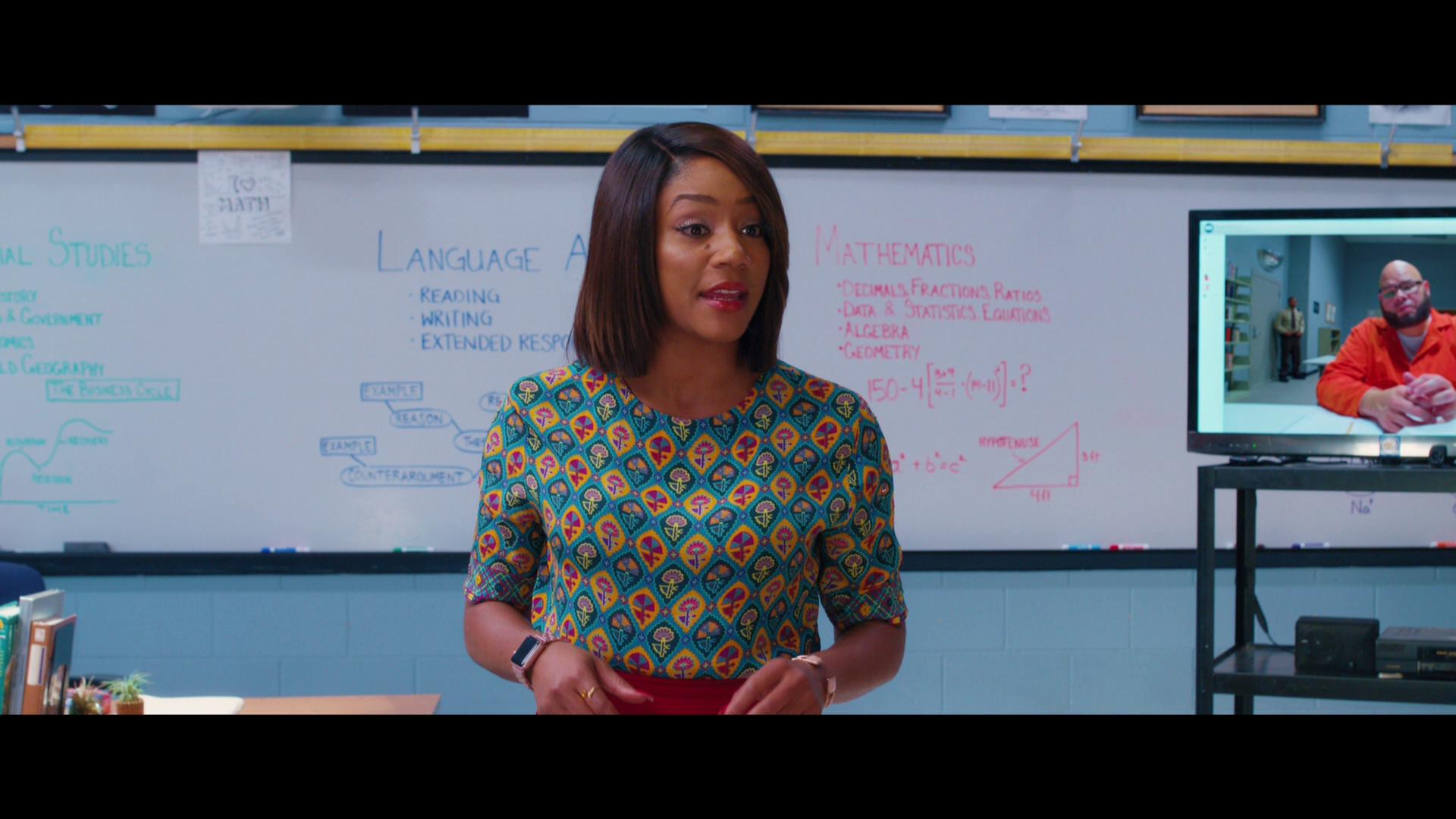 Overall, I felt that Night School came short on what was advertised as my wife and I both expected there to be a lot more laughable moments; but, unfortunately all of those “funny” moments were those that were shared in the various trailers that came out prior to and during the theatrical run of the movie.  I did enjoy the progression of the story, and the overall development of Kevin Hart’s character and those who attended classes with them as they all shared the common goal of getting their GED.  The presentation of both audio and video were spot on; however, I don’t really think this movie was necessary on the 4K UHD format, despite the color boost from its use of HDR.  The special features were a fun experience, so make sure to check those out too if you picked this up.  If you’re considering this movie for your collection, I definitely recommend checking it out.  Night School will be available on 4K UHD, Blu-ray and DVD tomorrow. 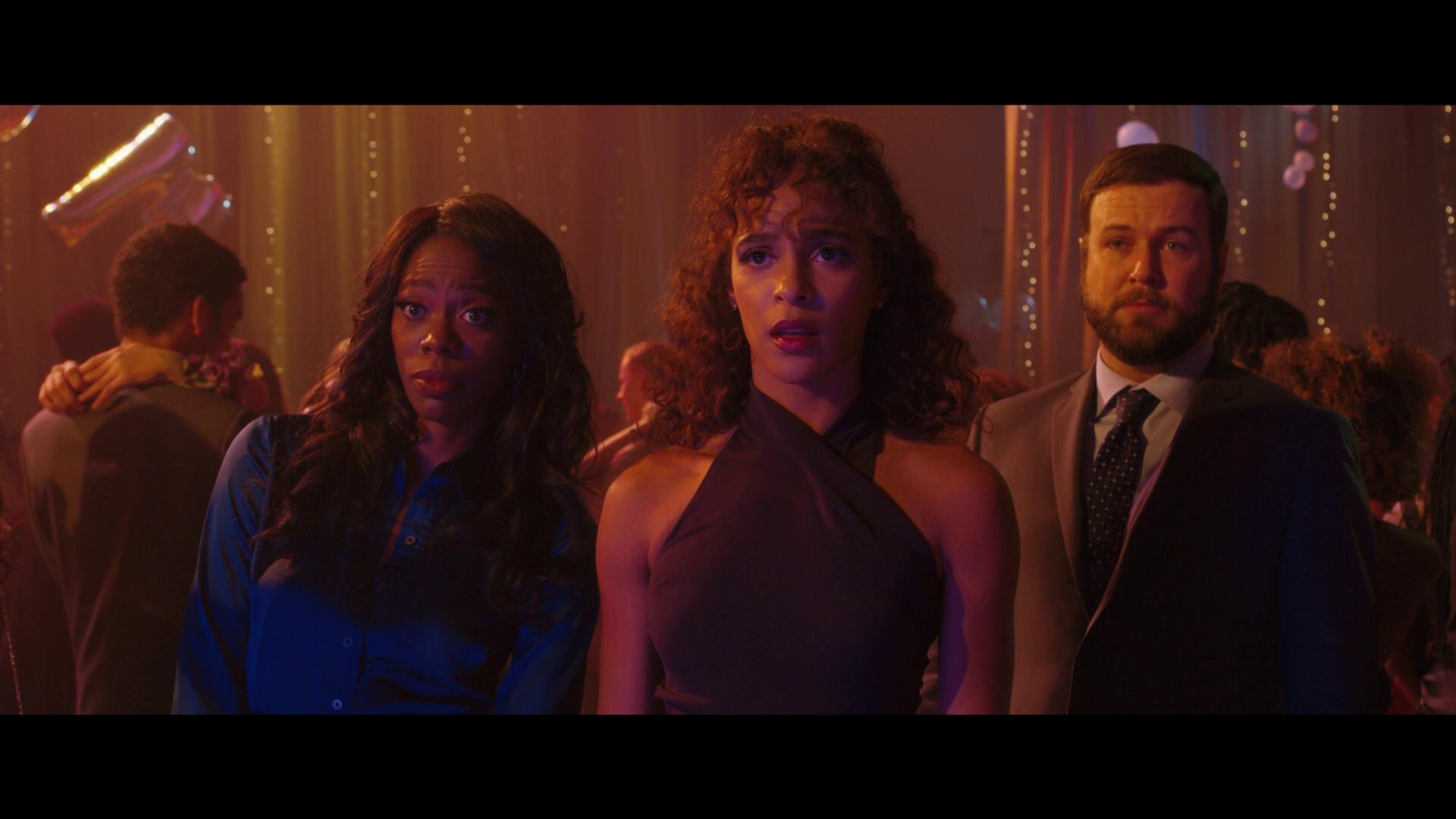