If you have only watched the premiere of The Night Of, you have already seen the best episode of TV this year, and the best episode of this HBO Limited Series. Unfortunately, starting a series on such a high point can actually give the feeling that the rest of the show is a let down, and this sentiment was shared on many online message boards and forums. I don’t share this sentiment, because while I do believe that the pilot is deserving of every award a single episode could be given, the rest of the show does a fine job continuing the story and breaking down the fateful night of the first episode.

Relative newcomer Riz Ahmed (Nightcrawler) turns in a masterful performance as Nasir “Naz” Khan, our main character, who spends a blurry night with an adventurous stranger who ends up stabbed to death, and Naz is the main suspect. The story of Naz and Andrea (the stranger) unfolds in front of us in the aforementioned pilot, but we are not given the details of a few missing hours in the story, which Naz cannot remember, and serve as the focus of the mystery surrounding Andrea’s murder. Riz Ahmed is absolutely perfect as Naz, playing the young Muslim college student to perfection while balancing the constant themes of racism and the confusing American criminal justice system with ease. Ahmed is one to watch, and he is already getting higher profile roles, with an upcoming turn in the sure-to-be mega blockbuster Star Wars: Rogue One. 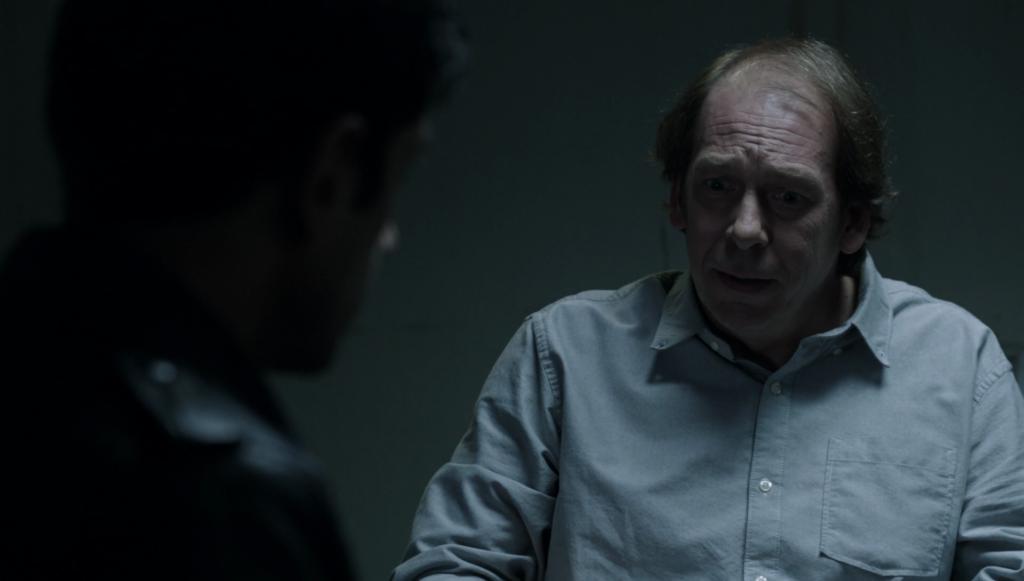 Bill Camp, who plays hard nosed Detective Dennis Box, and John Turturro, who plays public defender and eczema-ridden John Stone, are also excellent in supporting roles. While I could have done with less focus on Stone’s disgusting eczema feet, which some say serves as a metaphor for the ongoing frustration with the justice system, I thought Turturro was excellent as the seedy public defender tasked to take care of Naz. While it is hard to say much about The Night Of without giving away many of the major plot points, I want to focus on the show as a whole and not compare every subsequent episode to the amazing pilot. By doing so, I can say with confidence that The Night Of is the best limited series since the first season of True Detective, with a theme that is relevant now more than ever as the American justice system is continuously exposed as an unholy mess of confusion, corruption, and wrongful convictions. 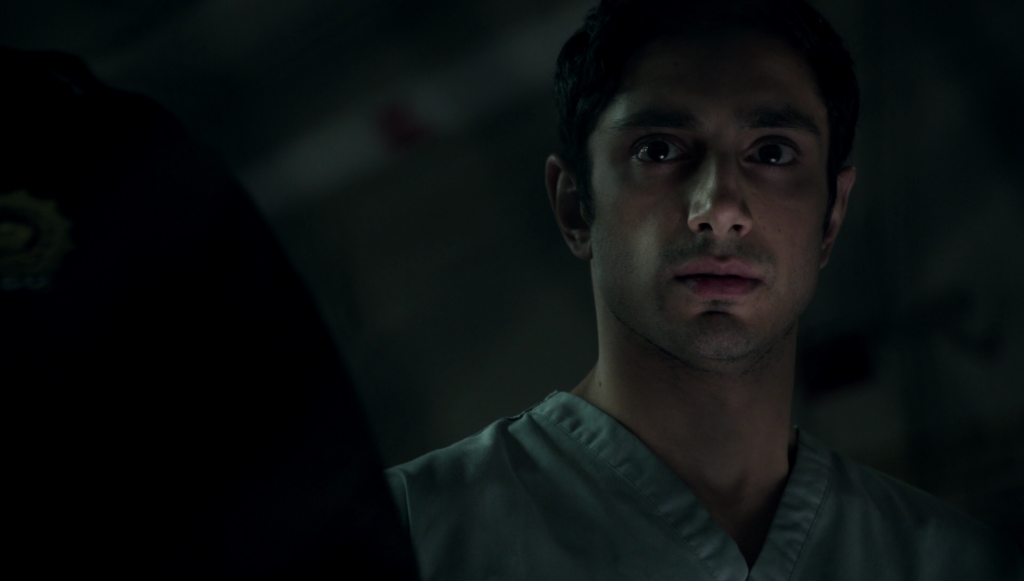 The Night Of truly feels like more of a movie than a TV show with its incredible production quality and cinematography. The Blu-ray transfer is fairly smooth, clearly shot on digital cameras and bearing that signature “HBO look” that I have talked about in previous reviews. However, the quality is higher than the past few HBO TV movies I have reviewed, although I am partial to the gray/blue tint and the gritty feel to much of the film, so consider me biased to this style. If you have seen any of David Fincher’s works, it looks and feels a lot like his signature style, and the content matter fits right in. I still believe that the only way to watch any type of media is on a physical disc, and I can guarantee that The Night Of Blu-ray is of higher quality than any streaming platform could offer. 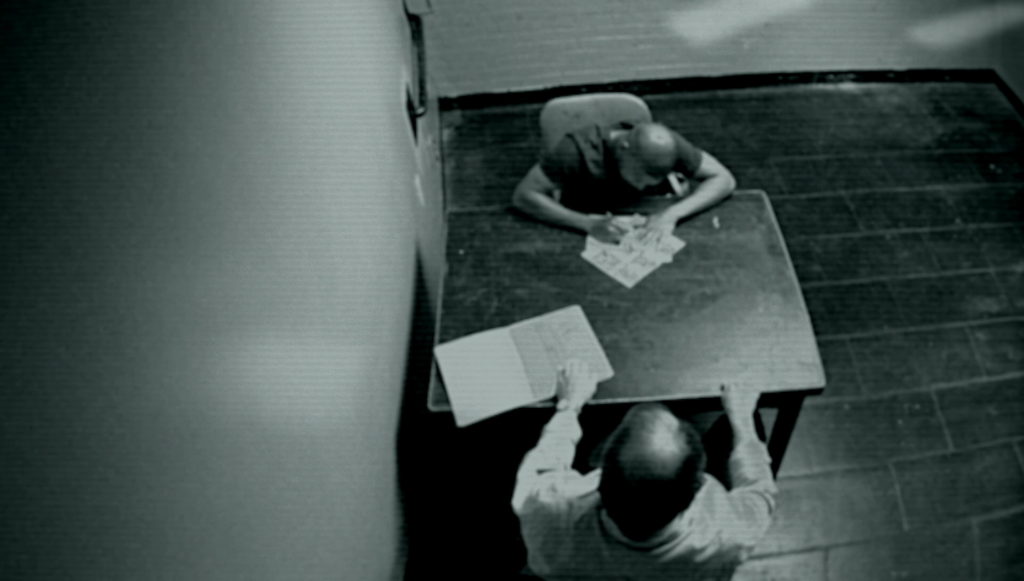 Featuring a DTS-HD Master Audio 5.1 audio track, The Night Of is a fairly simple audio track, with not a whole lot taking place around the soundstage in each episode, so the biggest emphasis needed to be placed on dialogue and the center channel. Dialogue is especially important in courtroom/crime dramas like this, as the story hinges on every line and can change in an instant; just one short confession or slip-up changes the entire dynamic. Thankfully, due to the excellent audio mix and my elite SVS Prime Center speaker, dialogue was crystal clear and there were no issues with the audio ever needing a volume adjustment after initial setup. The audio is not a dynamic enough mix and does not push enough power (due to the content) for this to be rated any higher than a 4, but it is a very nice track. There just isn’t enough to warrant a higher score, and those with stereo systems or soundbars will likely miss nothing with the limited surround sound action on this release.

The Night Of comes packaged in a nice slipcase, with a three-disc eco-case on the inside. Yeah, a three disc eco-case is definitely not ideal, but the slipcase is a nice addition. There are no DVDs included with this release, but there is a Digital HD code which will allow you to redeem the entire show on both iTunes and your favorite UV service. 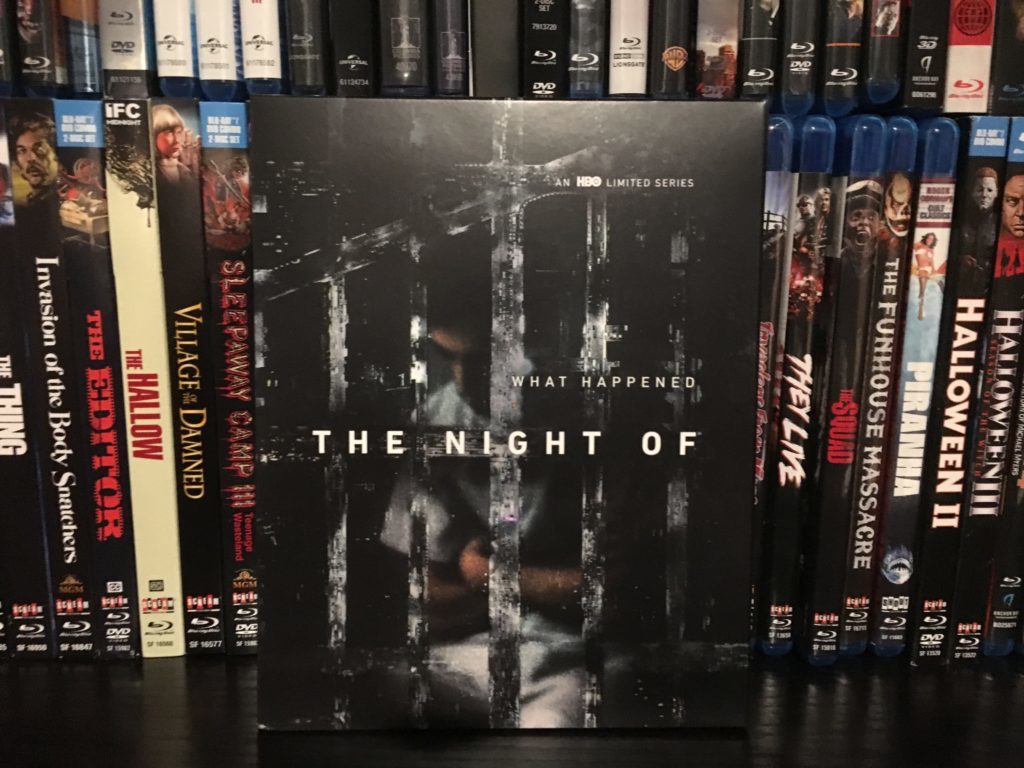 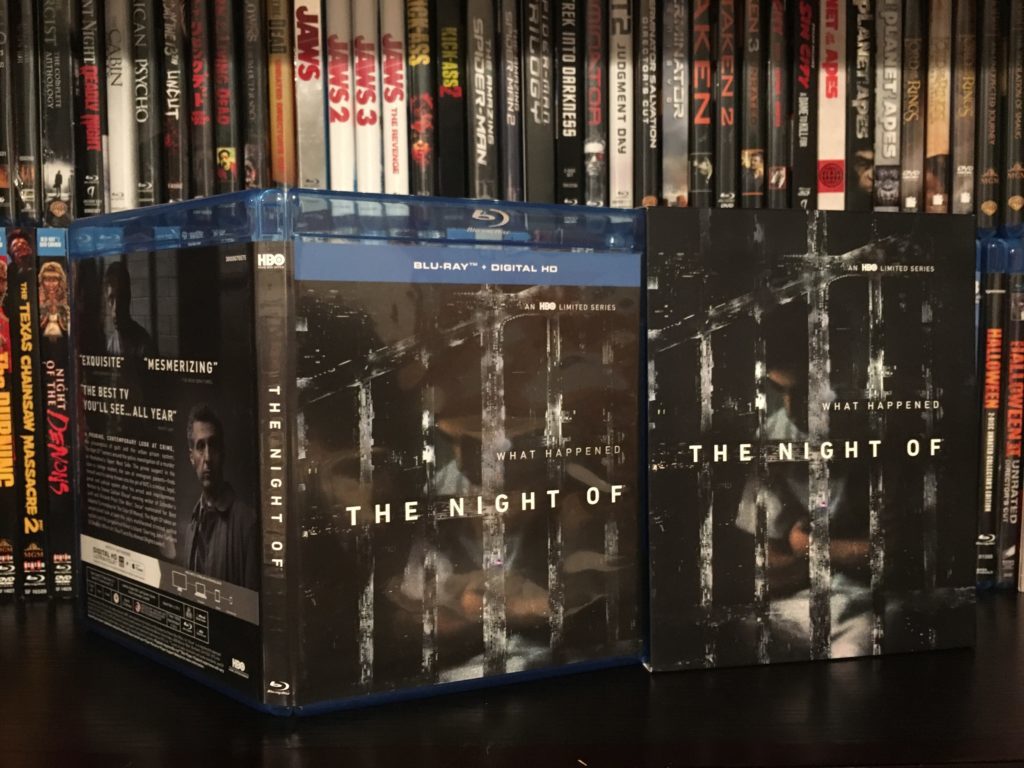 Call me crazy, but I can’t find any special features with this release, and none were ever listed on the press release or in promotional materials, so I believe that there are none. It is a shame, because there are some cool features that could have been added, like the original pilot that was filmed with James Gandolfini prior to his death, or maybe some commentary from Ahmed on how it was filming such a powerful series. The packaging is nice, and the show is great, but it is hard to promote buying physical media on just technical merits alone when special features are not part of the total package. 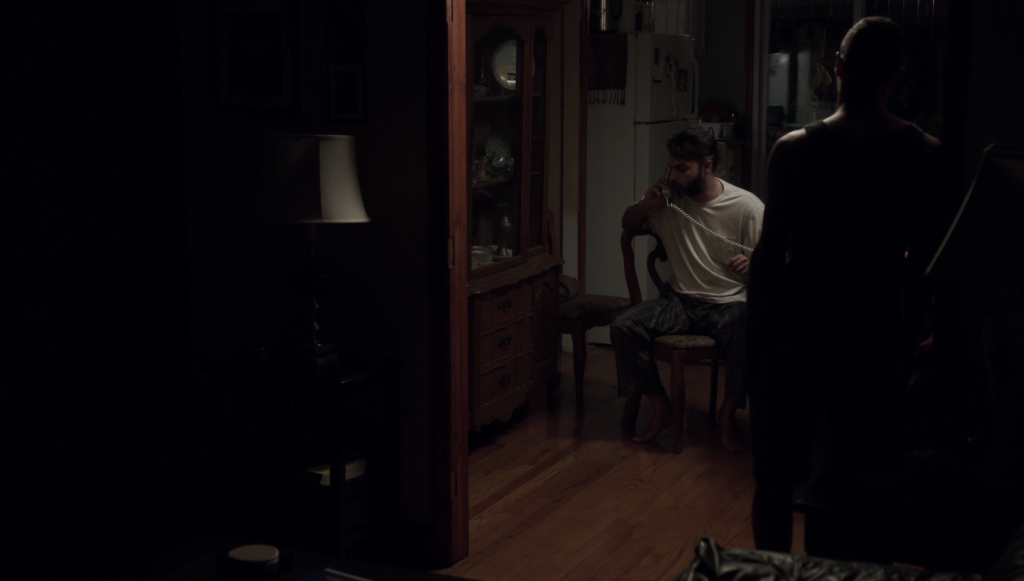 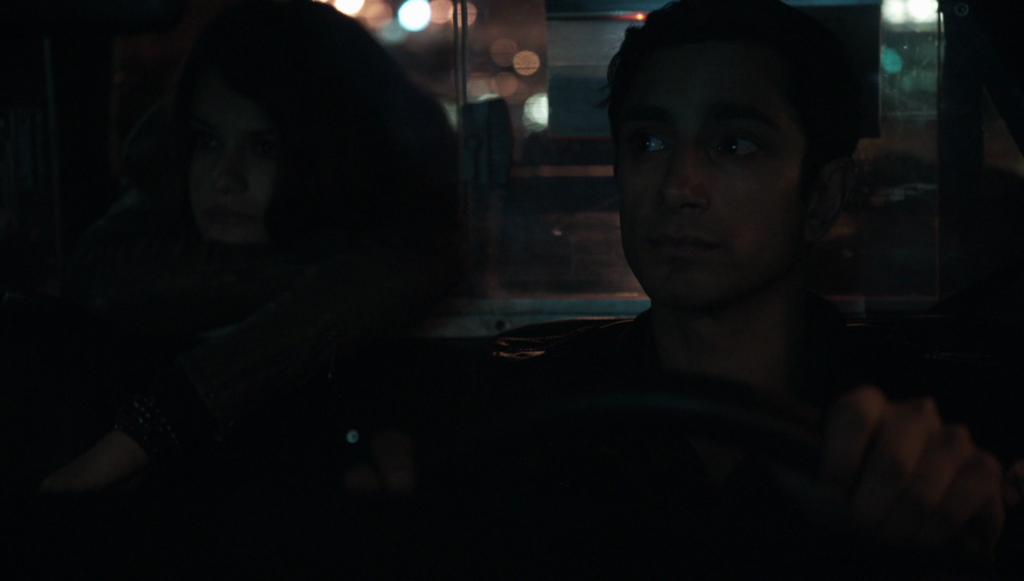 The visual/audio merits of this release are above average, even for the high quality materials in the HBO vault, but the lack of special features is a bit disappointing. I would still recommend a purchase, especially if you do not have access to HBO/HBO GO, as this will be your only way to view the series legally, and the quality and reliability of an excellent Blu-ray like this is always better than an online stream or download. If you love shows like this, support them with a purchase; The Night Of certainly warrants it. You can find The Night Of on Amazon or at brick and mortar retailers everywhere.