The NeverEnding Story is a 1984 West German-produced English language epic fantasy film that was based on the novel that operated under the same name and was written by Michael Ende. The story tells us about a boy who reads a magical book portraying the story of a young warrior who is tasked with the job of stopping a dark storm that is called “The Nothing” from engulfing the fantasy world. The film was produced by Bernd Eichinger and Dieter Giessler and was written and co-directed by Wolfgang Petersen (being his first English-language film) and starred Barret Oliver, Noah Hathaway, Tami Stronarch, Moses Gunn, Thomas Hill, and Alan Oppenheimer as the voices of both Falkor and Gmork (as well as various other characters). At the time of its release, it was the most expensive film to be produced outside of the United States or the Soviet Union. The film was the first in the film series and was later followed by two sequels.

The film performed really well at the box office, grossing approximately $100 million world wide against its approximate $27 million operating budget. Almost 5 million people went to see the film in Germany, a number that is rarely achieved by German productions, resulting in a gross of approximately $20 million domestically. It also grossed a similar amount in the US. It holds a score of 82% on Rotten Tomatoes based on the 38 reviews that have been submitted. The overall critical consensus reads “A magical journey of a young boy’s imagination to save a dying fantasy land. The NeverEnding Story remains a much-loved kids adventure.” Film critic Roger Ebert gave it three out of four stars and praised the films visual effects saying that “an entirely new world has been created” because of them, a comment that has since been echoed by Variety magazine.

Ende felt that his adaptations content strayed too far from the spirit of his book that he requested that production either be halted of the films title be changed; when the producers did neither, he ended up suing them and subsequently lost the case. Ende called the film a “gigantic melodrama of kitsch, commerce, plush and plastic.” The film only adapts the first half of the book, and consequently doesn’t convey the message of the title as it was portrayed in the novel. The second half of the book would subsequently be used as the rough basis for the second film, The Next Chapter. While the third film, Escape from Fantasia, features a completely new and original story. 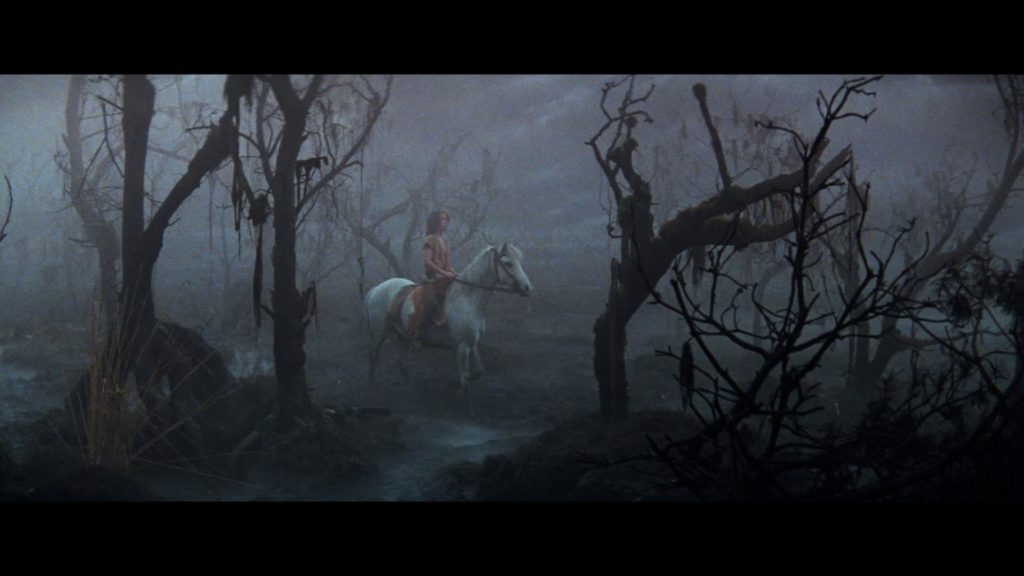 This film, The NeverEnding Story is one that I grew up with as a child.  From having this film on VHS ever since I was a child, I was rather appalled at the fact that I hadn’t bought this on Blu-ray yet; hell, I was more appalled at the fact that my wife had admitted to me that she’d never seen it.  As soon as she mentioned this, I knew I had to place an order for it.  Offering audiences a completely immersive story, allowing them to follow along with the adventures of Bastian, Atreyu, Falkor and all of the other characters of this story, this truly is a great adventure film that should be seen by anyone and everyone.

A film like this, I can understand why some people would have some complaints about the picture quality that’s provided with a Blu-ray release of The NeverEnding Story.  I mean, this particular copy definitely has some signs of fabricated grain that was imposed after the remaster; however, I personally didn’t mind that one bit.  In fact, the added clarity that came with the presentation being in 1080p working in conjunction with the fabricated grain, still allowed for the experience to be just as nostalgic as it was the multiple times I watched this film as a child. 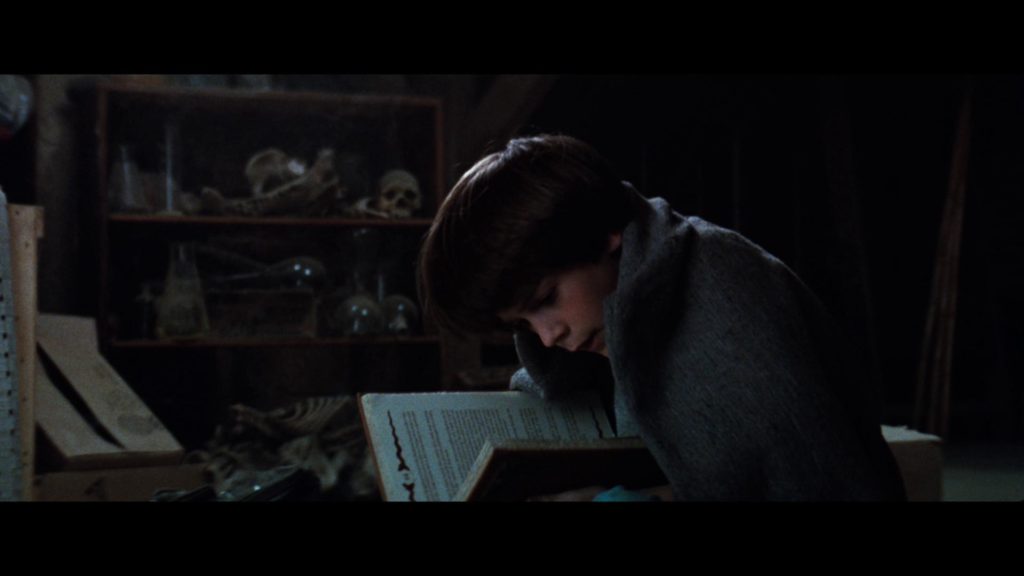 Packing a completely remastered DTS-HD Master Audio 5.1 audio track, The NeverEnding Story on Blu-ray allows audiences of today to experience the fun and adventure that a lot of us experienced as a child.  Allowing for us to feel as if we are right there in the middle of Fantasia and Atreyu’s quest, being able to just close your eyes and truly absorb the sounds taking place in the film; I have to admit, the work that was put into this release and its presentation is definitely appreciated.  Everything was absolutely crisp and clear; my wife and I were able to hear everything without any difficulty and didn’t have to manually adjust our volume levels at all. 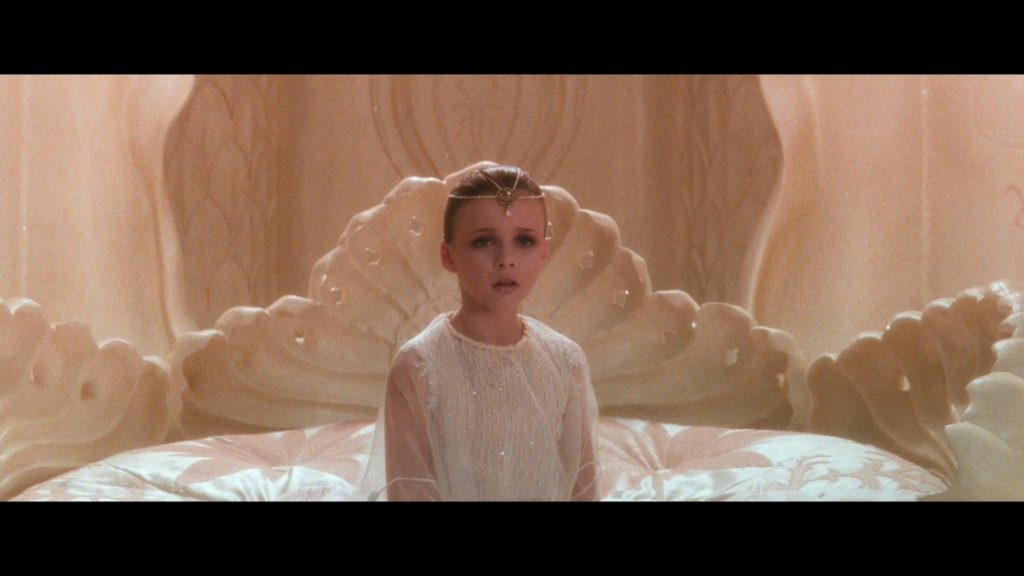 The NeverEnding Story comes packaged in your standard Blu-ray amaray case.  Contained within that case is the standard Blu-ray copy of the film.  There is no DVD copy of the film, nor is there any digital copy redemption pamphlets.  There is not a slipcover available for this release.  The disc doesn’t really feature any artwork, it’s a rather plain disc cover that features the title and necessary release information like the rating, copyright information and small Warner Bros. logo. 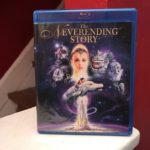 Unfortunately, there are no special features included with this release of The NeverEnding Story, so I felt that it was appropriate to remove the rating portion. 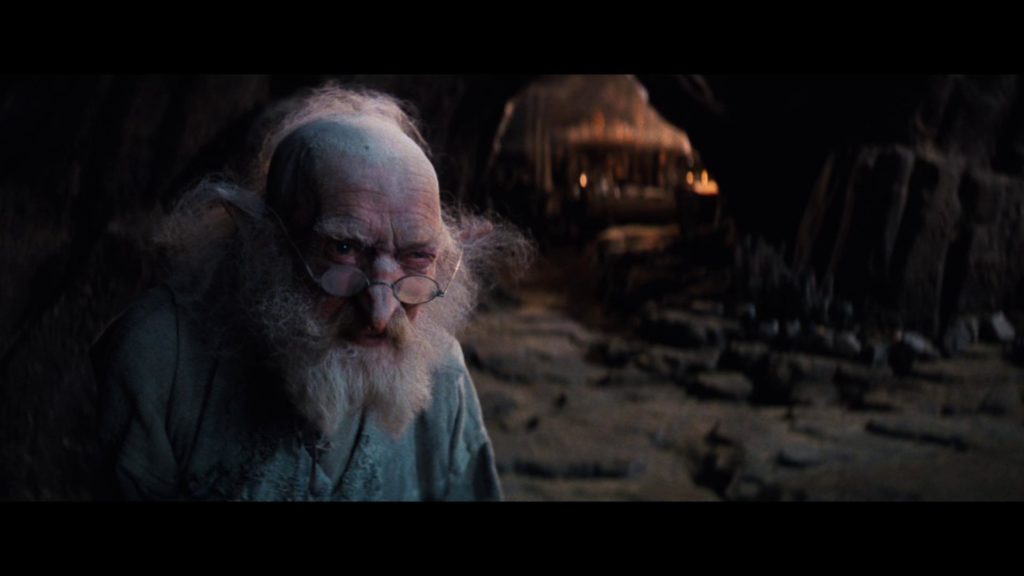 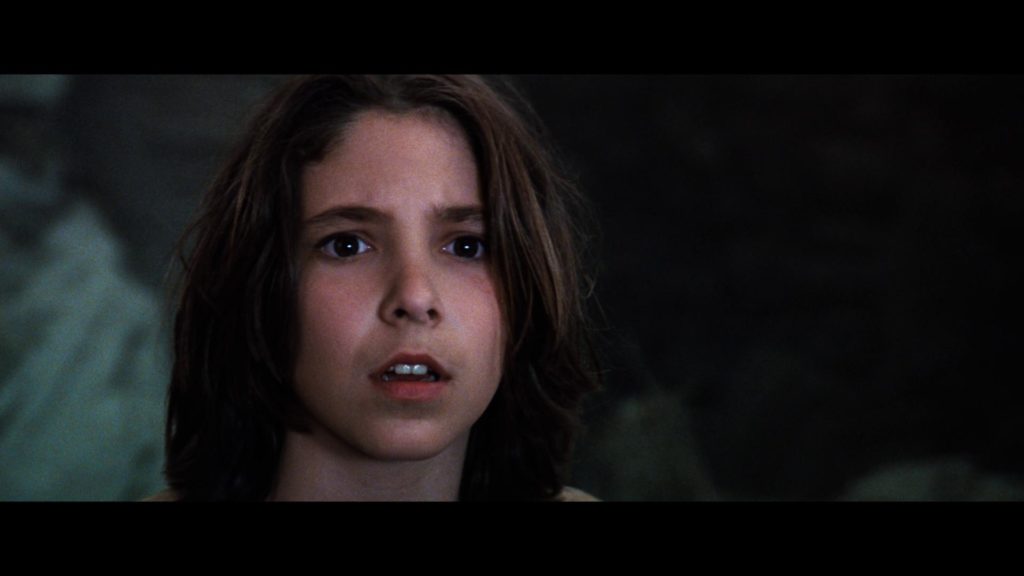 Overall, I’m really glad that I decided to pick up The NeverEnding Story on Blu-ray.  As a film that I had personally grown up, I was shocked to see that it had slipped through my fingers in my years of collecting and I was even more shocked to learn that my wife had never seen either of the films in this series.  Fortunately, I have the second film on the way from Amazon so she’ll get to experience the continuation of the story.  But, given the fact that this release has a beautiful visual presentation as well as a stunning audio track; it’s worth every little dollar that was spent in grabbing it.  Sure, it was a little disappointing to see that there wasn’t any additional content included, but I’ll live since I only spent $7 on it.  If you don’t have this film in your collection and grew up in the late ’80s and throughout the ’90s, I’d highly recommend picking it up now. 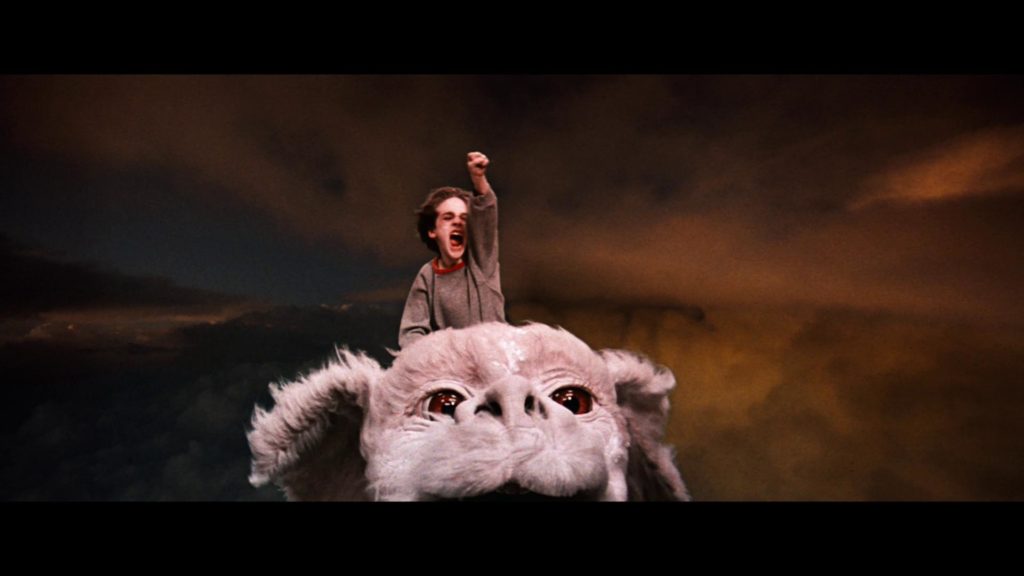