The NeverEnding Story II: The Next Chapter is a 1990 German-American fantasy film that is a direct sequel to The NeverEnding Story. It was written by George T. Miller and features Jonathan Brandis as Bastian Bux, Kenny Morrison as Atreyu, and Alexandra Johnes as the Childlike Empress. The only actor to return from the first film was Thomas Hill as Mr. Koreander. Using plot elements from Michael Ende’s novel that operated under the same name (primarily the second half) but introduced a new storyline. Upon its US theatrical debut in 1991, the Bugs Bunny animated short Box-Office Bunny was shown just before the film. This short was also included on the VHS and Laserdisc release of this film later that year.

Producer Dieter Geissler declared that he had always intended to make a trilogy out of the book as he found the book to be “just too rich to leave at one film.” However, his plans to follow the original film, which only covers half of the novel, had to be postponed as Ende sued Geissler and the production company, insisting that he have say in any future film treatments of his work. As soon s the legal issues were resolved, Geissler started a year-long pre-production project working with conceptual artist Ludwig Angerer, to ensure that the films design and technical ambitions would fit into a lower budget, alongwith averting problems the first movie faced with its effects. Once they got into filming, as labor restrictions regarding child actors force them to work limited schedules, Miller decided to only rehearse scenes once prior to filming, therefore maximizing the time with the children on set by shooting with as many as three cameras on every scene. This however created a problem as Miller’s fear of falling late wound up making the film so ahead of schedule, the effects team had not completed the necessary work for the later scenes.

The film holds a 14% score on Rotten Tomatoes based on the seven reviews that have been submitted; with the average critics’ rating is 3.7/10. Richard Harrington of The Washington Post is quoted as saying “Unlike its predecessor, there are few effects in II worthy of being called special, and events unfold with uniform flatness. Silver City feels like Diet Oz, The sorceress’s castle is more hinted at than realized and several new creatures are right out of late-night comedy sketches.” And Chris Hicks, who wrote for the Deseret News, was quoted in his review by saying that this film would be enjoyable to children, whereas the first film was more enjoyable for the whole family. The NeverEnding Story II ended up grossing $17,373,527 domestically, but was a significantly larger success in its native country, Germany. Having 3,231,527 admissions, it was one of the two German films to achieve success in 1990 along with Werner – Beinhart, and the seventh largest attendance of the year. 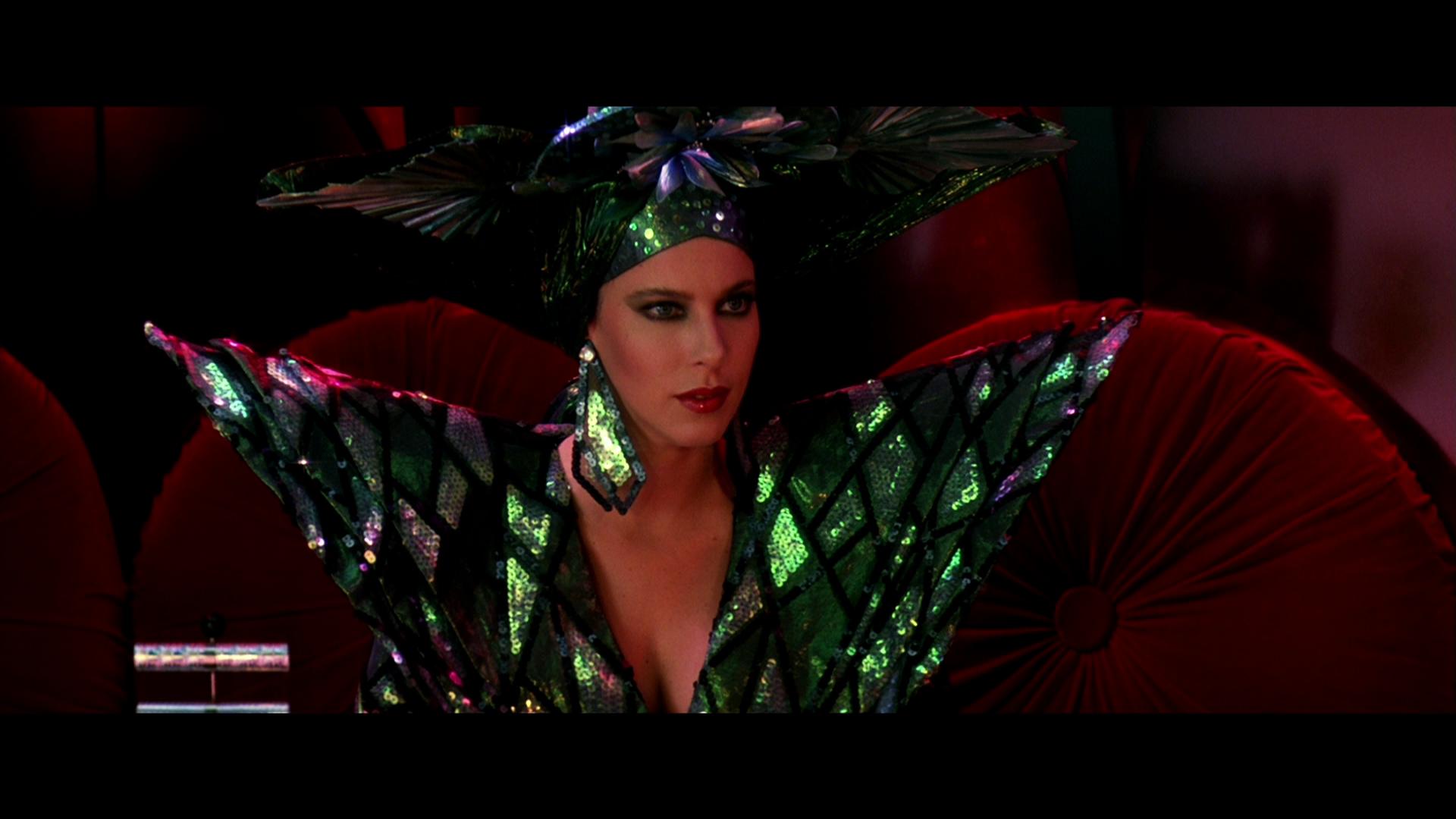 After watching through The NeverEnding Story II: The Next Chapter for the first time since I was a child, I can definitely tell you that I didn’t particularly enjoy this film nearly as much as I used to.  Watching through this story, which is supposed to be the latter half of the book, everything certainly felt more vague and cheaply done.  Everything about this movie felt as if it was all really thrown together, making use of minimal effort, especially with its less than noteworthy “special” effects, in order to get the remainder of the story out there for the cinematic audience. 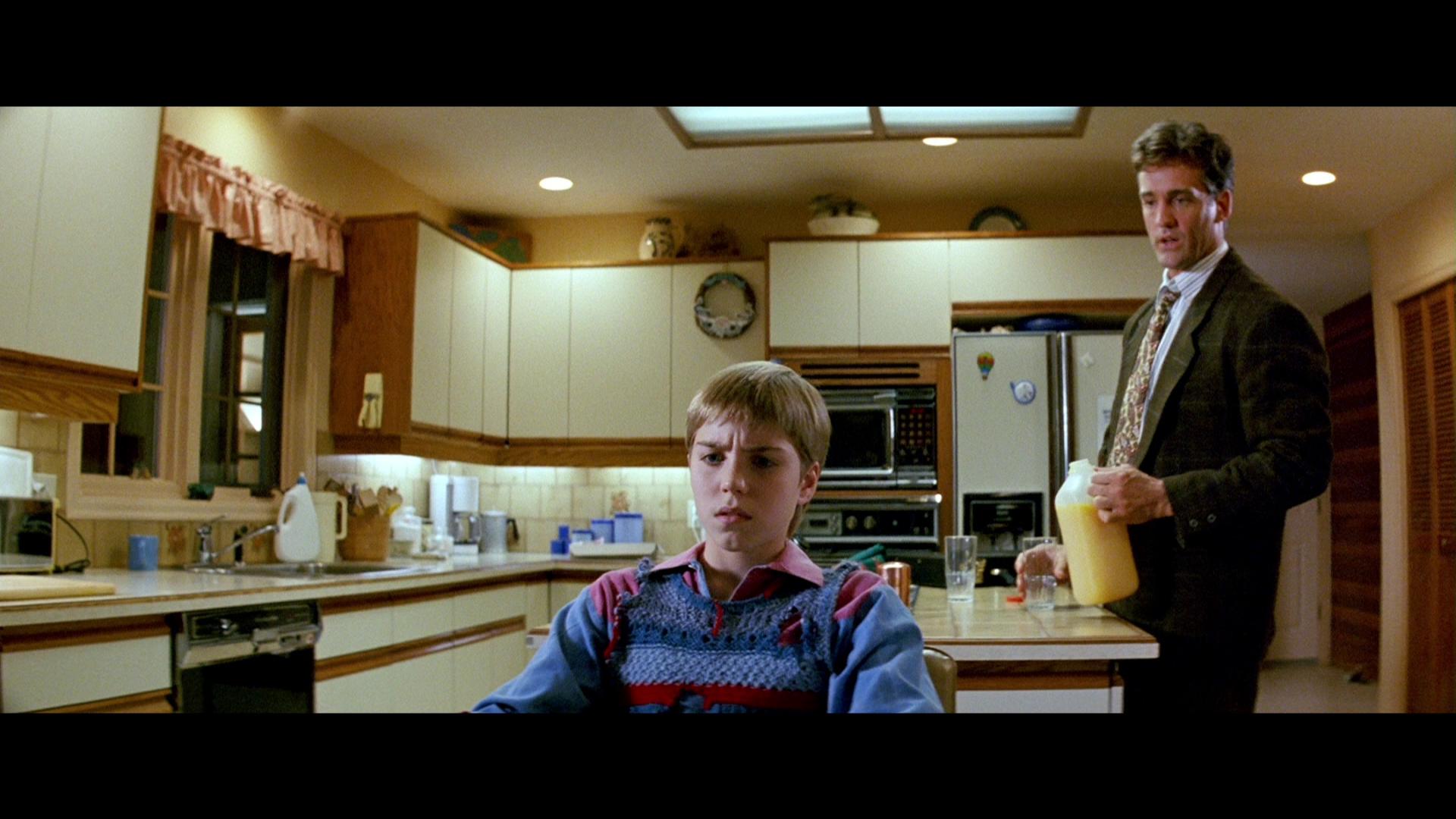 Despite The NeverEnding Story II: The Next Chapter lacking in terms of story and sheen that we often see with added special effects, the overall picture quality was really well done.  Sure, the overall visual aspect of this film was cheaply done and looked abhorrent to the point where I questioned whether or not I noticed things looking off as a youngster.  But the presentation, being done in 1080p, was clear and did a decent job at allowing audiences to be able to see and understand everything as the film played out.

Coming packaged with a DTS-HD Master Audio 2.0 track, The NeverEnding Story II: The Next Chapter wasn’t horrible, but it also wasn’t all that great as it played out through my home theater system.  Sure, it was clear and my wife and I were able to hear and understand everything; however there was absolutely no immersion nor were any elements to the audio that really stood out to offer any kind of notable experience for this film. 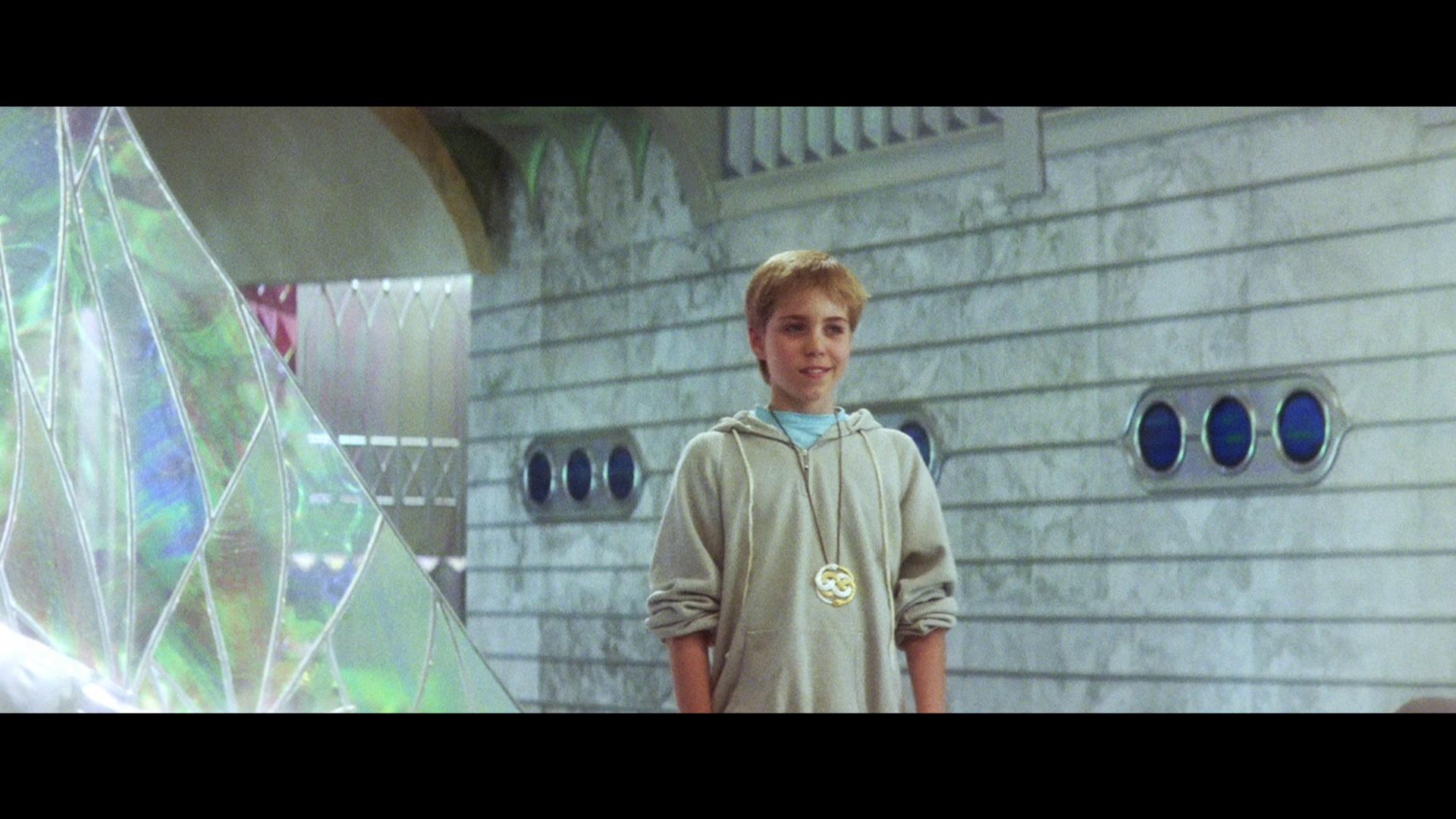 The NeverEnding Story II: The Next Chapter comes packaged in your standard single-disc Blu-ray amaray case.  Within that case, you’ll find the standard Blu-ray copy of the film that doesn’t really feature any kind of artwork whatsoever.  The disc does have what appears to be what resembles a paint marking as if there were a thin layer of cloth laid overtop and someone painted atop the black surface.  There is no DVD copy included, nor are there any digital copy redemption pamphlets.  Lastly, there is not a slipcover available for this release. 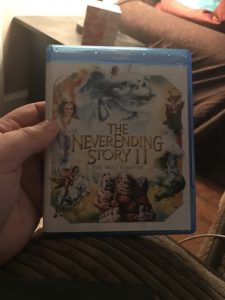 The Blu-ray release of The NeverEnding Story II: The Next Chapter doesn’t really offer much in terms of additional content.  In fact, there’s absolutely no opportunity to explore the film further, whether it be story or the work that went on behind the scenes.  The only thing that’s available on this release is the theatrical trailer for the film. 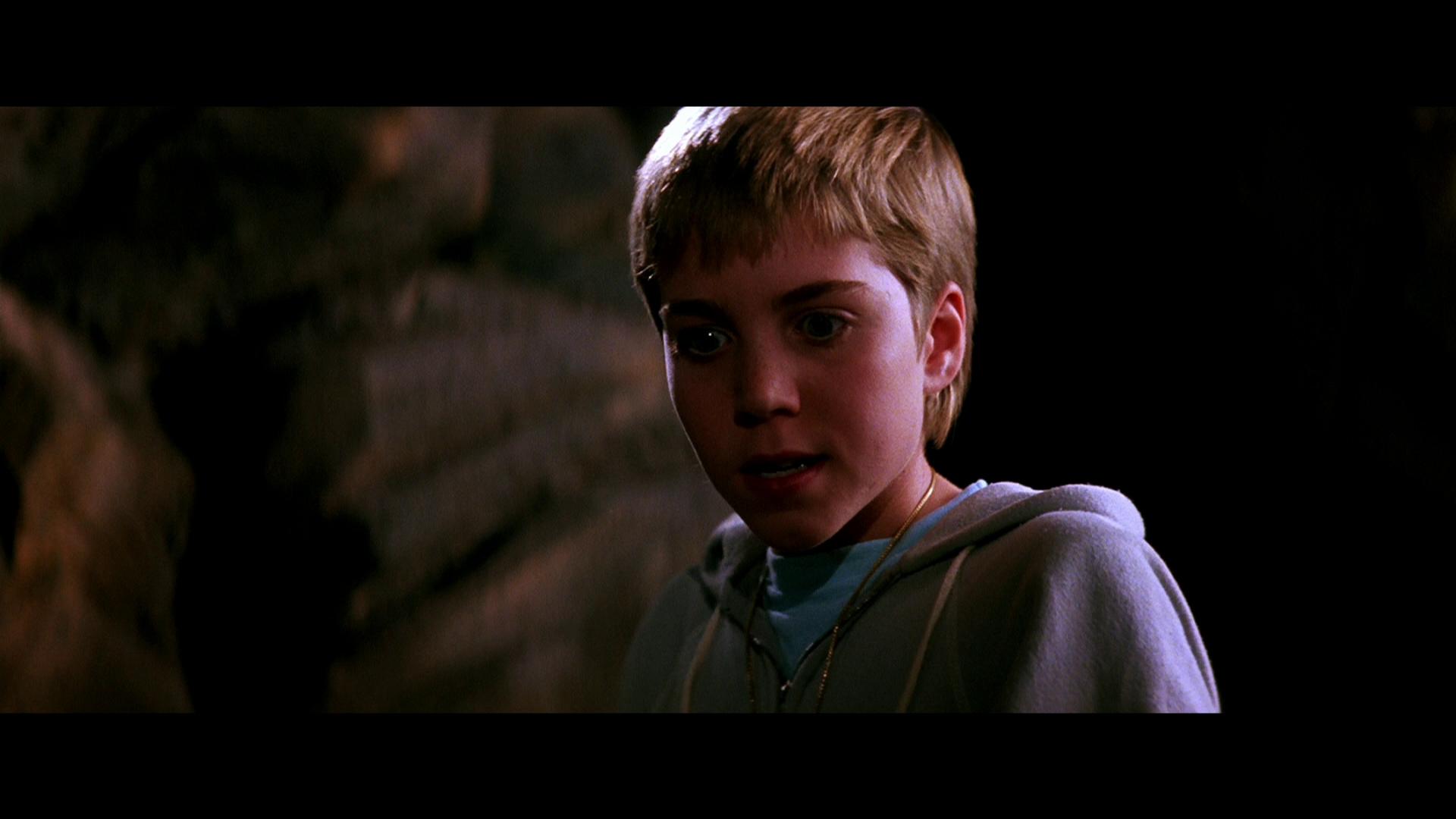 Overall, I was genuinely displeased with The NeverEnding Story II: The Next Chapter and the experience that it had to offer.  Granted, watching it tonight with my wife is the first time that I’d seen it since I was a child; but, god this film was extremely bland and felt that the production was rushed.  Finally having this film in my collection does feel bittersweet as I had ordered it from Amazon quite a while back, but unfortunately due to the demands of customers, it took roughly 3-months to appear as it had been backordered there for a while.  The only way that I would really recommend picking this release up is if you have the first film on Blu-ray; otherwise don’t waste your money.