Never Open The Door is a 2014 horror film that was directed by Vito Trabucco and was derived from a screenplay that was co-written with Christopher Maltauro.  This film is considered to be an homage to the original Twilight Zone, Outer Limits and Alfred Hitchcock Presents series.

This film tells us the story of three happy couples who spend a vacation retreating to a comfortable, secluded cabin in the woods to enjoy their Thanksgiving holiday.  However, a badly wounded stranger makes an appearance at the door and when they let him in, he vomits up blood and collapses right there on the floor.  As he moves towards death, he points towards the couples and mutters the words “Never Open The Door”.  The confused group of friends start to panic as someone from their group inexplicably disappears.  As time moves on, doubt rises and mistrust among the members of the group soaks throughout the cabin.  As a number of strange men ultimately surround the cabin, it is realized that they must escape; but who will open the door?

Overall, this film received generally positive feedback from its critics as they recognized the classical horror feel that the production crew intended to include with this release.  Noting that this film feels as if you’re watching from the 70’s or the 80’s and is considered to be a “great classic that may or may not leave you with goosebumps after watching.” 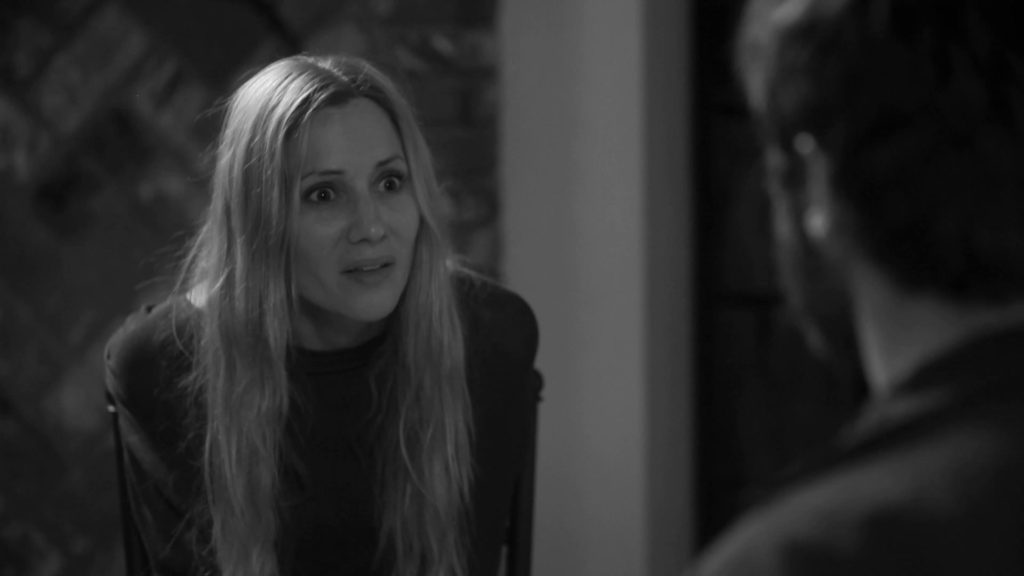 Honestly, I had no idea Never Open The Door existed until it showed up at my doorstep yesterday.  After reading through the synopsis on the back of the case and what little bit of information I could find using my Google-Fu, I had some slight hesitance, but really looked forward to it considering that every site that I read indicated that it paid homage to some classic horror films.  And boy am I glad that I sat down with this film because it is a little bit as suspenseful as I had hoped.  Seeing the various classical horror films played out in a different manner really hit a sweet spot; some of the earlier horror films that it played tribute to include, but are not limited to, The Amityville Horror and Psycho. 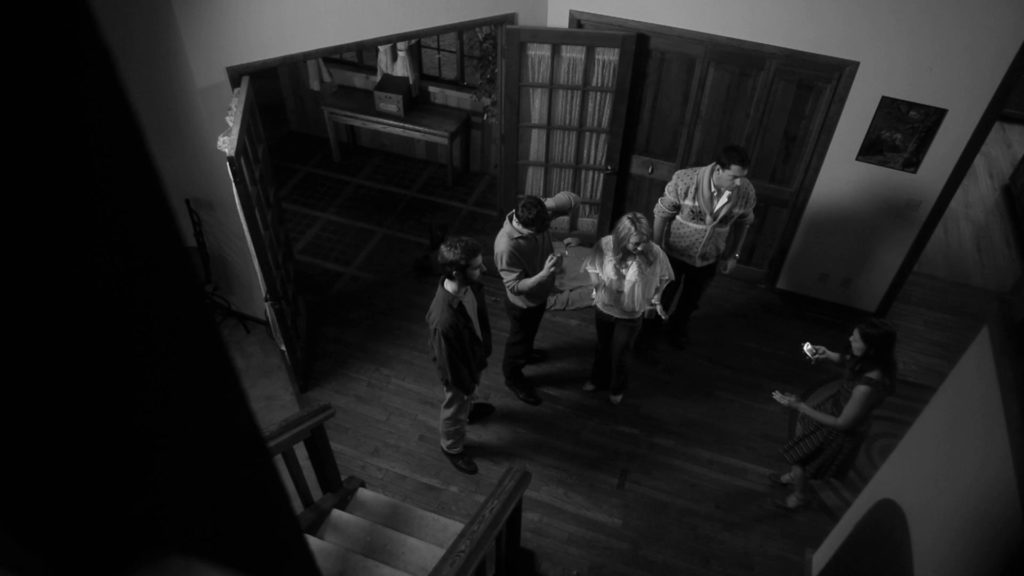 I’ve always been surprised with how good black and white films often look in 1080p and I can guarantee you that Never Open The Door did not disappoint.  Sticking true to the roots of classical horror, the black and white visuals really helped my wife and I to feel as if we were overlooking the events that unfolded as the story progressed.  Having the ability to visually make out everything as the film plays out is definitely always a bonus because, despite the love that the format gets, there have been some pretty shitty transfers in the past.  As you watch this release, you can tell that Maltauro Entertainment and Baumant Entertainment really put a lot of work in making sure this film looked phenomenal for home audiences. 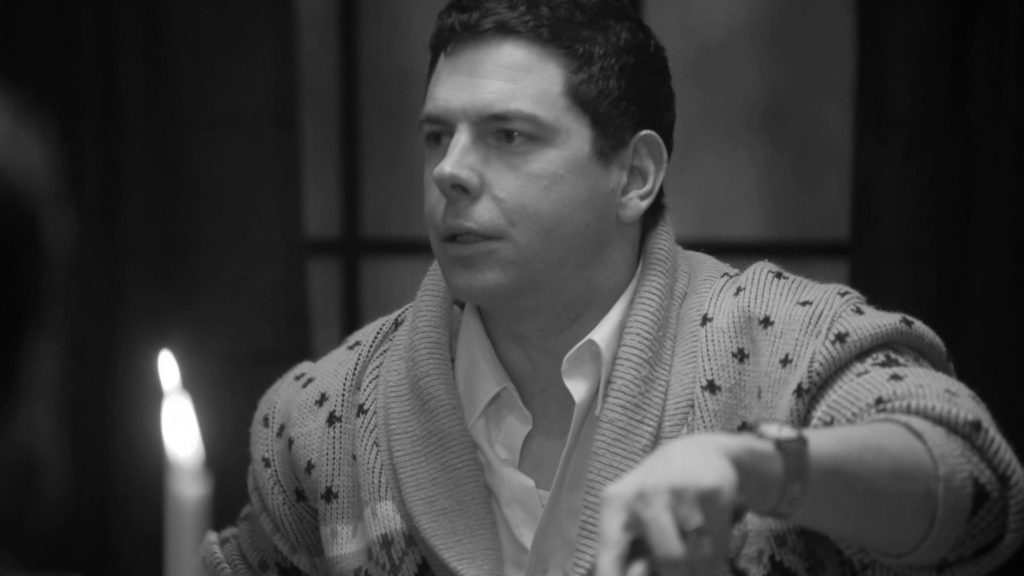 Never Open The Door comes bundled with a Dolby Digital 2.0 audio track.  Upon first sight of this technical specification, I’m not going to lie, I felt a little bit of resistance considering this film was made in 2014 and half-expected it to make use of more channels than it did.  However, the 2.0 audio track was quite impressive for the story that it presented.  Sure, if it had a 5.1 audio track, it would’ve offered a much more immersive experience for audiences; help in relaying the horrific presence that surrounded the house be more “in your face”.  But, considering the provided audio track, everything definitely sounded clean and clear and we were able to hear and understand everything as it progressed through the story. 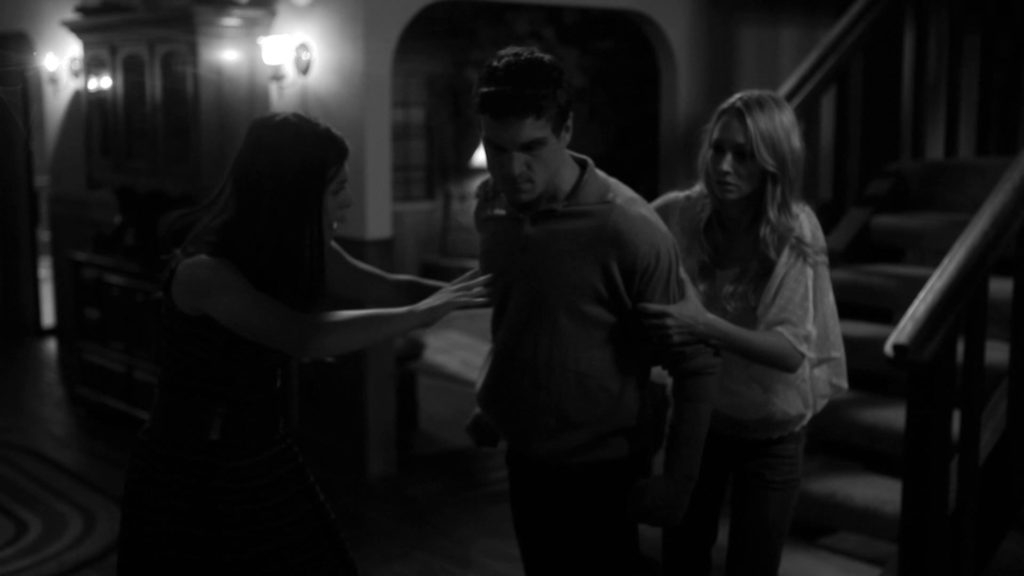 Never Open The Door is pretty much bare bones when it comes to its packaging and its contents.  This film comes packaged in a standard Blu-ray amaray case.  Included within its case is the standard Blu-ray disc release of the movie and nothing else.  There is no DVD copy nor is there any digital redemption pamphlet.  There is no slipcover with this release of the film.

I was pleasantly surprised to see what came included with the release of Never Open The Door.  Most advance copies of films that I’ve received are often barebones releases when they aren’t major motion pictures; however this release did not disappoint at all.  Included with this release is: 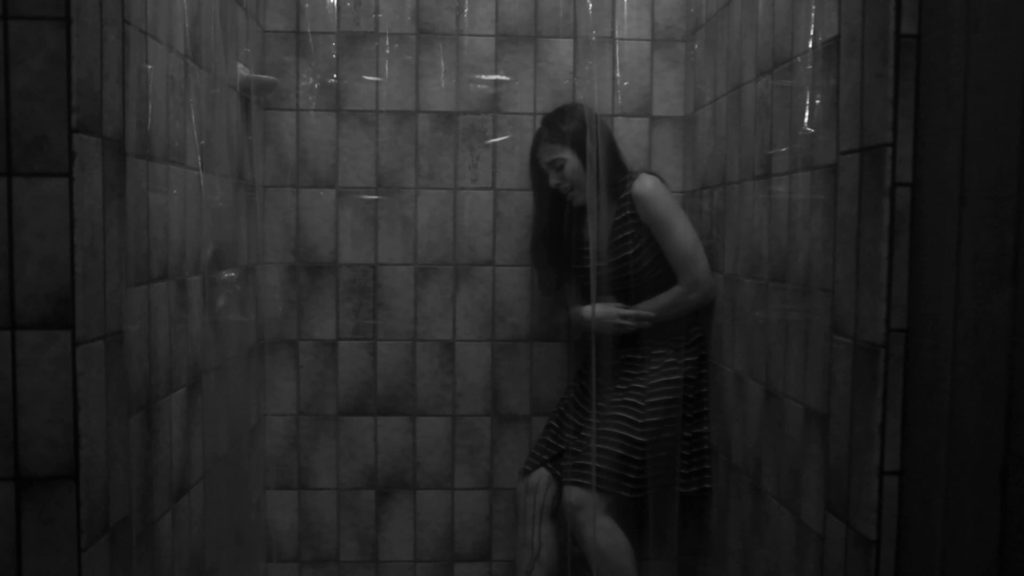 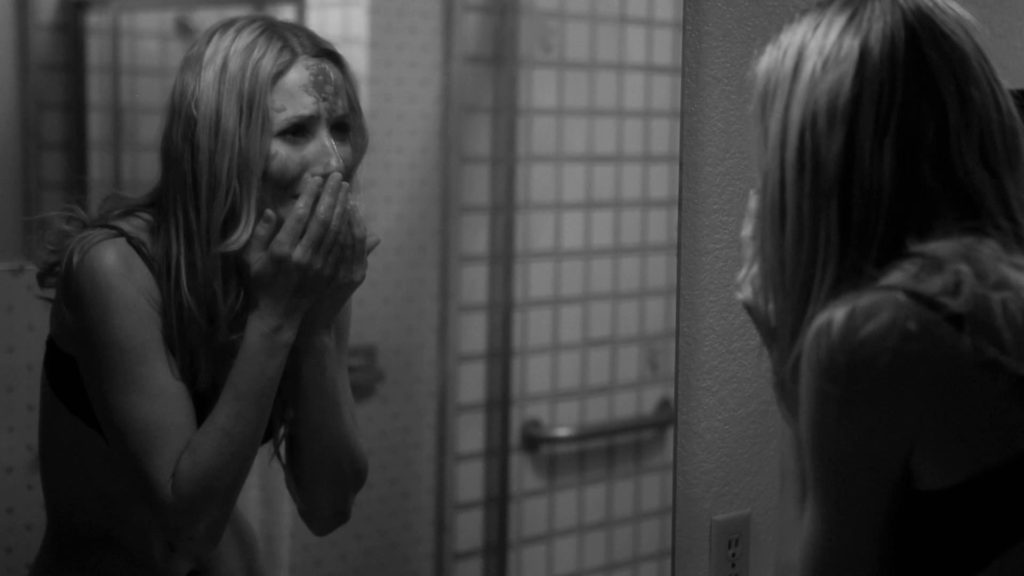 Never Open The Door was an extremely pleasant surprise that showed up at my doorstep yesterday.  Considering I had absolutely no prior knowledge of this film and that there was limited information on the internet about this film, I had no idea what to expect and I ultimately found myself really enjoying this film and the story that it had to offer.  Seeing a new-age film that maintains the expected suspense that horror films should have and pay tribute to some of the classic films that helped shaped the genre to be what it is we all love; it’s all definitely appreciated.  Overall, my only complaint is the fact that while they were paying homage to the earlier films, especially with the black and white presentation, there was no imposed grain to add to the film like many older horror films still display today.  The visual presentation was extremely crisp and clear and the included 2.0 audio track was was pleasant.  While I would’ve definitely enjoyed a more immersive experience, I’m really glad that I had the opportunity to review this film.  If you’re interested in checking it out and adding this film to your personal collection, you can preorder it from Amazon today as it was released today! 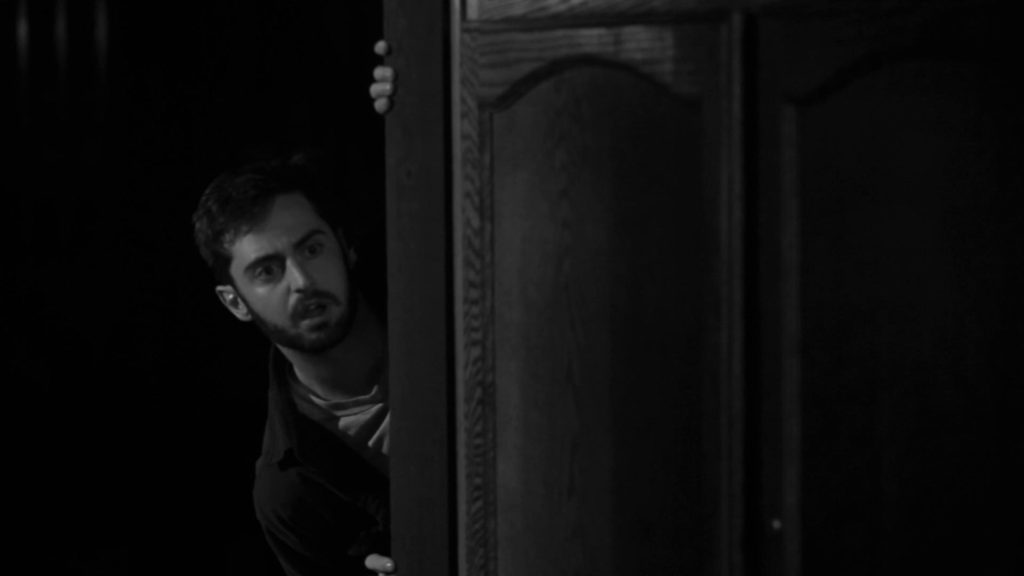