Nerve went largely unnoticed when it hit theaters, only grossing $80 million worldwide on a $20 million budget, and receiving mixed reviews from critics. The film was directed by the team of Henry Joost and Ariel Schulman, who were the team behind Paranormal Activity 3 and 4, but are probably best known for their work on the documentary and subsequent MTV series Catfish. Based on the 2012 novel of the same name from author Jeanne Ryan, the film is clearly focused towards the teenage market, where social media dominates every aspect of life. However, social media and constant interaction have become such an integral part of nearly everyone’s life that Nerve will impact even those outside of the targeted demographic. 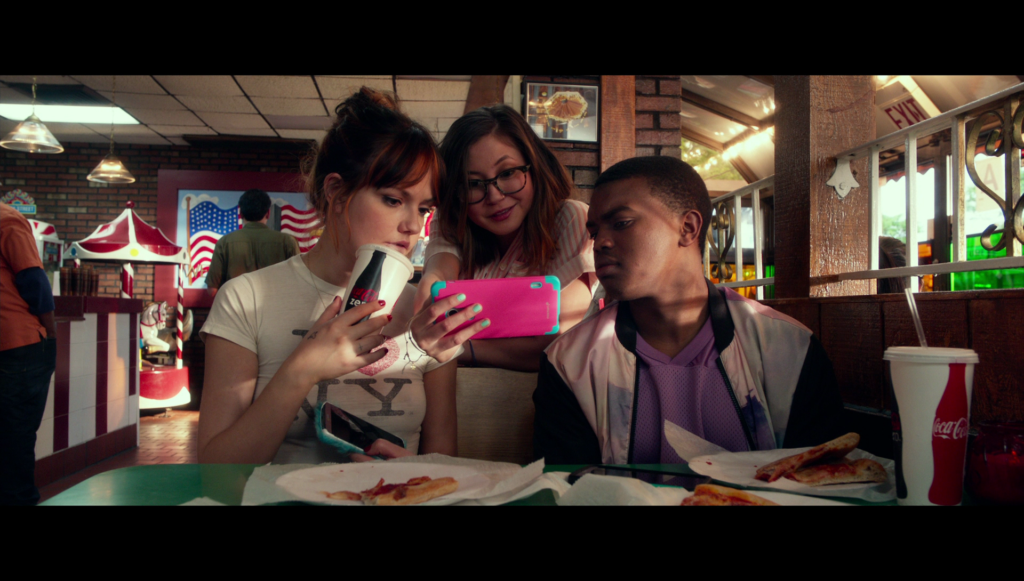 Nerve is a lot like the 1997 David Fincher film The Game, where the premise revolves around a newly created, secretive organization that essentially turns an average person’s life into an adventure game, where stakes can be high, and lives are on the line. In Nerve, you are either a “watcher” – one who participates by voting and tuning into live streams – or a “player” – where the watchers assign risks and tasks in return for monetary gains. Vee (Emma Roberts) is a fairly quiet, artistic young girl who gets herself wrapped up in the game after meeting Ian (Dave Franco) during one of her first dares. As Vee progresses through the game, she has to balance the jealousy of her previously more popular friends, the danger that comes with playing a game based around your life, and the horrors that end up being revealed in the final act, as the game may not be exactly what everyone thought it was. Nerve is clearly a cautionary tale about social media and technology and the impact that the anonymous masses can have on people who become “Internet celebrities” overnight. 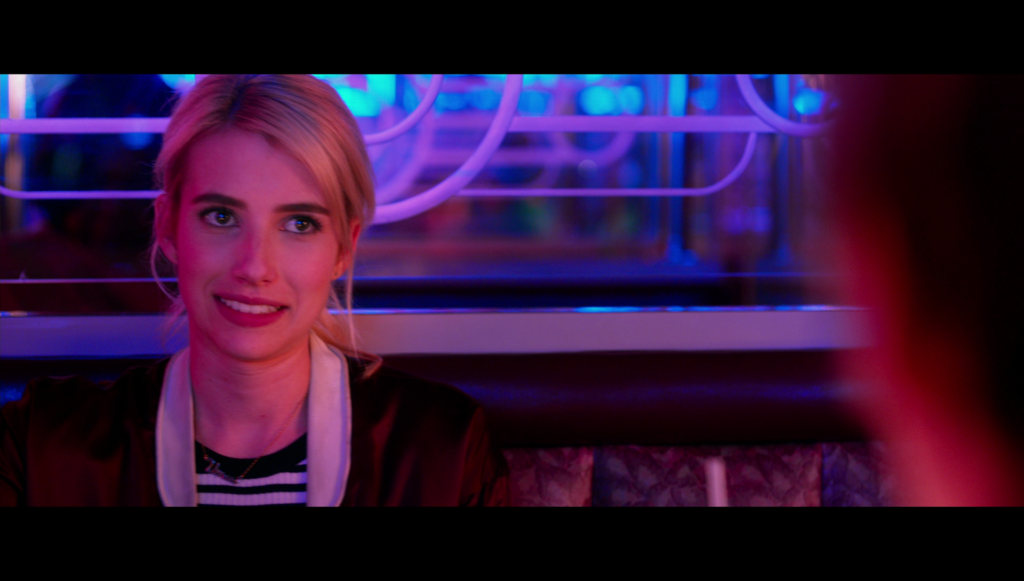 I enjoyed Nerve very much, as it is a really fun film and dives into some interesting, current hot topics, but I did find it to be very predictable and formulaic. Not much surprised me, even in the final act and during the big reveal, and so I felt that maybe the film tried too hard to deliver a message. Unfortunately, for the technology geeks out there like myself, Nerve does a really poor job of portraying realistic technology and computer systems. There is a cringe worthy scene where a friend of Vee’s logs into the Dark Web by typing something along the lines of “www.DarkWeb.com” into a portal, and the “hackers” in the film are much more like the typical Hollywood hackers than the more realistic portrayal that can be seen in shows like Mr. Robot. This did not really bother me, but I know it will get criticism from those who understand these topics. In the end, Nerve is a fun film that delivers a solid 90+ minutes of pure entertainment, and I really enjoyed my experience.

You will not find many Blu-ray releases that look better than Nerve, which is full of vibrant pinks, blues, and greens all over New York City. The neon lights give the film a futuristic look, and the on-screen graphics that highlight the player locations make for an interesting visual experience which at times can feel like a video game as much as it does a movie. The film was shot digitally, although there is not much information as to how it was finished or in what resolution it was shot in. I would assume it was finished in 2K, as most of Lionsgate releases are, but I can definitely see there being a distinct improvement with the HDR technology if there is ever a UHD release scheduled for this film. The real draw is the color, which is absolutely stunning; I can’t say enough about it. Everything else looks great, from the slowest scene to the quickest action sequence, like one scene where Vee and Ian ride a motorcycle through the streets of New York. I highly recommend checking this one out on Blu-ray. 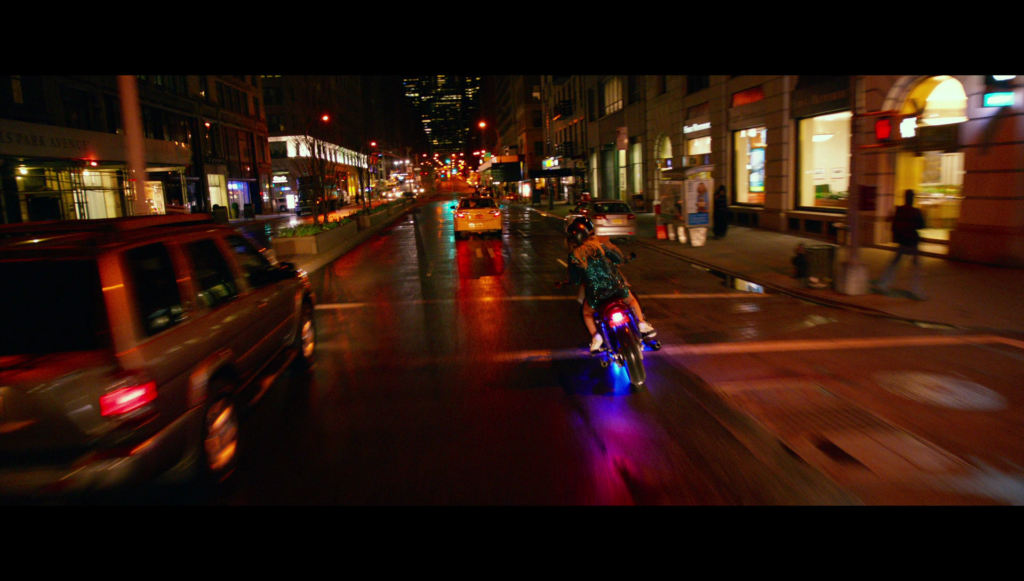 Nerve continued to impress on the audio side of things, with an extremely powerful DTS:X audio track included with this release. I listened to the audio on the Dolby TrueHD 7.1 track which serves as the foundation for the DTS:X technology, and it was absolutely amazing. The soundtrack for Nerve is full of new music, giving the movie a very current feel and really pushing along each scene with pulse-pounding sound. Honestly, the soundtrack is my favorite part of the film. The immersive experience offered her is an essential part of the film, and I highly recommend checking Nerve out on your best home theater setup. Being set in New York City, there is no lack of ambient noise and exciting surround sound material, and I fear that much of that would be missed on a simpler setup. 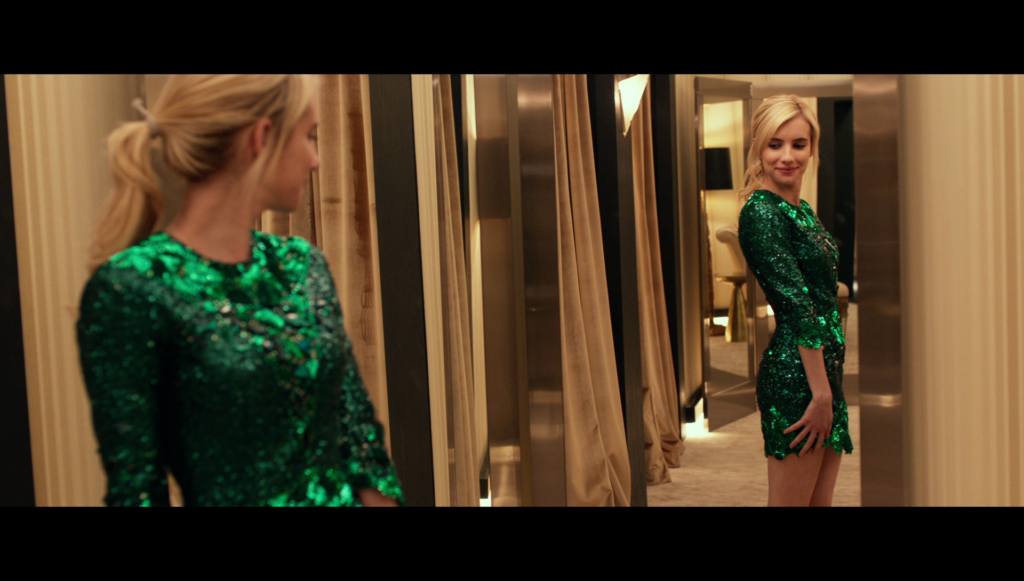 Also included with this release is a DTS Headphones:X audio track, which is the top technology available for anyone listening to the movie with their capable headphones. This allows for late-night viewing without disturbing the family, perfect for teenagers, or also a great alternative for anyone watching the movie on a plane, bus, or train. The headphone mix sounds pretty damn good, as I checked it out on my Playstation Gold Headset, but it is still no match for a full home theater audio system.

Nerve comes packaged in a Blu-ray combo pack, with the single Blu-ray disc, a DVD, and a Digital Copy which can be redeemed on UV services and iTunes. There is a beautiful glossy, almost holographix slipcover included with the initial print run, and the packaging is stunning. I would have hoped for some alternative, like a steelbook, as I think there was a lot that could have been done with the colors and artwork associated with Nerve, but the standard packaging is very nice in its own right. 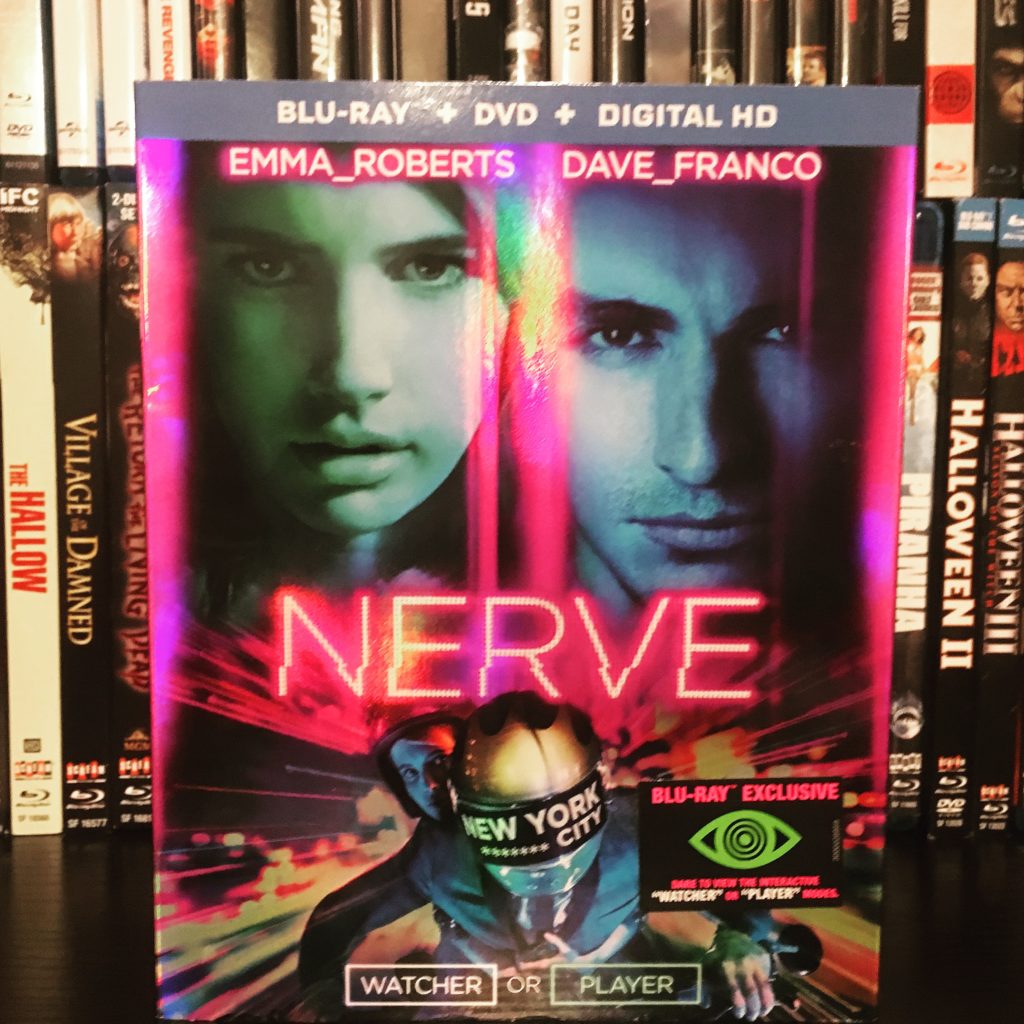 This release is also packed with special features, with a “Player” and “Watcher” mode to choose from, each with their own set of features. For a major studio release like this, there is a lot of content, which is a welcome addition. I’m not sure much of this will appeal to the general public, but the extras are perfect for the target audience. The special features are as follows: 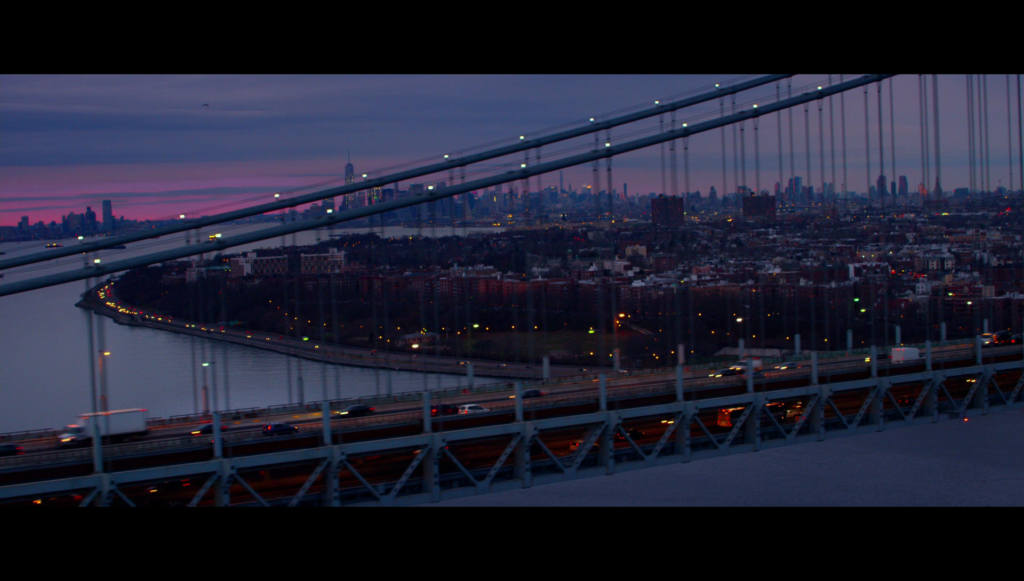 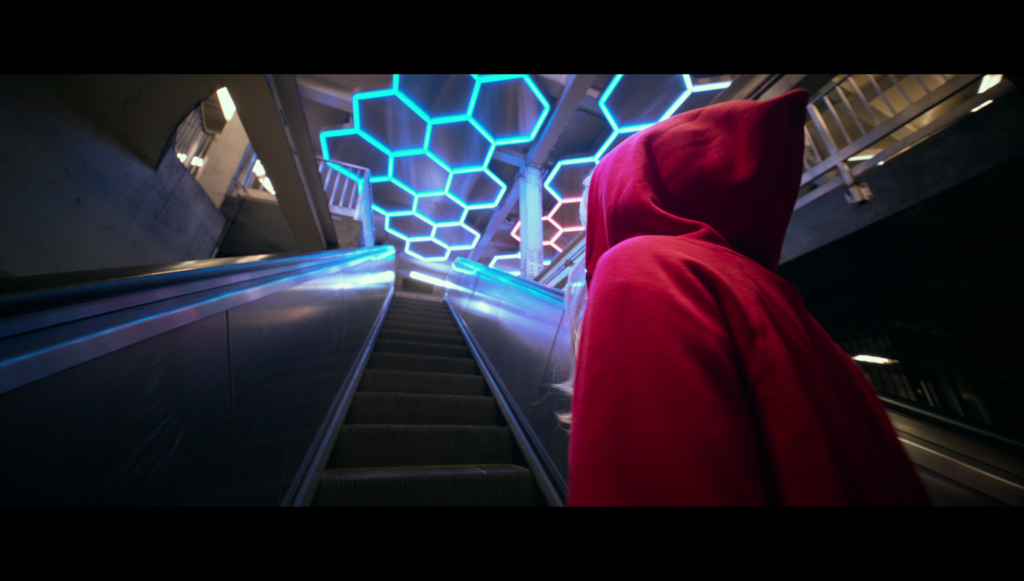 While the movie is far from perfect, Nerve is a ton of fun, and it features some of the best audio and visual quality of 2016. I highly recommend a Blu-ray purchase to get the highest quality visuals, and also for the included DTS:X audio track, which makes an already outstanding soundtrack even better. The packaging is also top notch and looks great on a shelf; Lionsgate has outdone themselves with this one. You can find Nerve on Amazon or at retailers everywhere, and I recommend a purchase if the content even sounds the least bit appealing.