Hayao Miyazaki brings to life a great story in My Neighbor Totoro. One that is magical and realistic, with just a bit of Alice in Wonderland and Pokemon thrown in for good measure.

I am coming to the Miyazaki scene way late. Like 20 or more years late. Sure, I’ve known that each of his works are masterpieces, and I know that he’s got a heck of a following, but I just haven’t gotten around to seeing all of his films and to be honest, I’m not sure why.

Before My Neighbor Totoro, I’ve only previously seen two of Miyazaki’s films (Howl’s Moving Castle, and Spirited Away), and I thoroughly enjoyed them both. So I have no good reason or excuse as to why I’ve not sought out his other works. This is something I intend to change, and I have no doubt it is because of Totoro.

So, enough about my revelations, let’s talk about what this movie is.

My Neighbor Totoro is Miyazaki’s fourth directorial film. It takes place in 1950’s Japan outside Tokyo where a father and his two young daughters, Mei and Satsuki, have recently moved into an old house in the countryside next to a quite beautiful forest. One of the best things about this film is that the story is really centered around these two young girls. There are other characters who have their parts to play, but you really get the sense that the main perspective of this film is from Mei and Satsuki’s eyes. This is refreshing; it’s not too often where you get to see a world like this and feel like a young child getting to explore. I really enjoyed this aspect of the movie.

To set the scene, the girls’ mother is in the hospital for an unknown reason, and the girls are having a bit of a rough time coping with her absence. Fortunately, they get a little help in the form of a magical forest spirit named Totoro, who will likely remind you of Snorlax, just a bit (always sleeping, only says his own name, I mean, he’s a Pokemon, for sure). In interacting with Totoro and a few other magical creatures, the girls are filled with wonderment.

In the end, this film is about imagination as a form of coping with life’s stresses. It is a wonderful story and is beautifully told. This one is highly recommended.

The first thing I did when I put in this movie was watch the original 1988 Japanese trailers (found in the extras). This gave me a good opportunity to see how well an older animated title could be restored, as well as gave me an insight for how trailers have changed in the last 30 years. It is truly astounding to see the difference between the original resolution trailer and the 1080p restoration. I mean it is night and day. The animation style definitely holds up after all these years, and the colors are beyond vibrant.

From scene to scene, you will be in awe of the colors used, and there is little to detract from the beauty of the art here. I saw no artifacts or stuttering in the animations, and the colors were all clear and crisp. Disney really made it look like this movie was drawn yesterday. 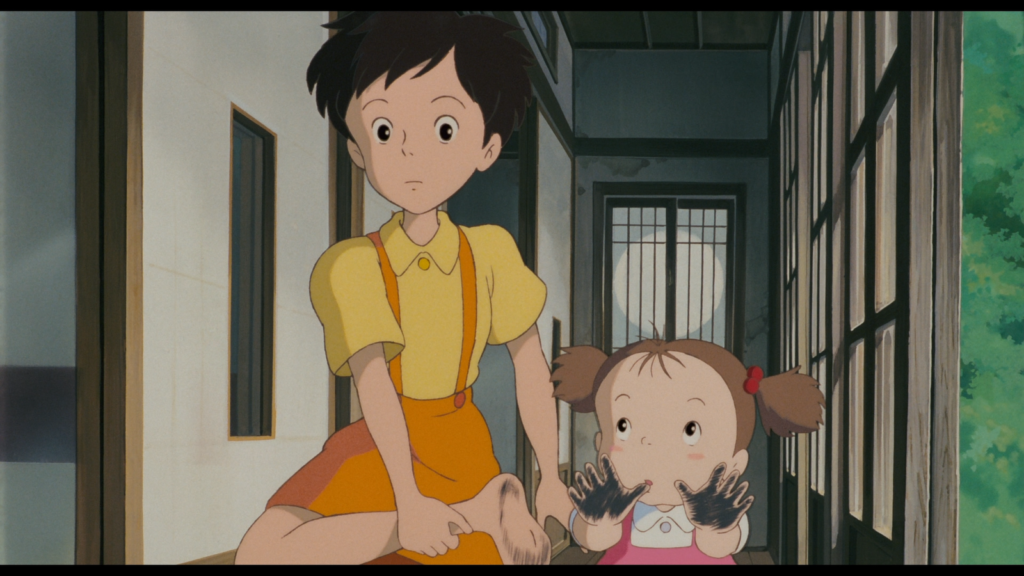 The sound levels in the movie were great. I never had to pay special attention to try and hear people talking when music was playing or when some action was going on. This movie has a lot of dialog to it, and surprisingly, the English dubbing doesn’t distract too much from enjoying the film. Mei and Satsuki were voiced by Elle and Dakota Fanning (very young Elle and Dakota Fanning), but all things considered they did a great job. No voices were out of place, and the sound effects and music were well planned out.

The catchy theme song will get stuck in your head, guaranteed. However, the best use of audio here is actually the lack of any sound at all. A few scenes are completely silent, which is actually an effective method to add atmosphere. I was quite pleased with the sound design in this film.

As with all Ghibli releases, you get a nice slipcover with gold foil and beautiful artwork. One bummer here is that while the blu-ray disc has matching art, the DVD copy is the bland blue color with no art. 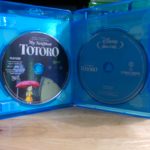 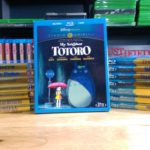 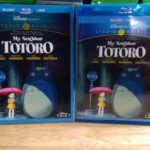 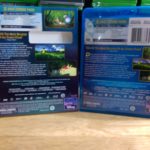 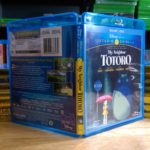 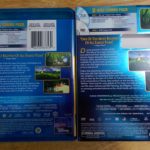 The disc has several special features present, although sadly no blu ray exclusives for this one. 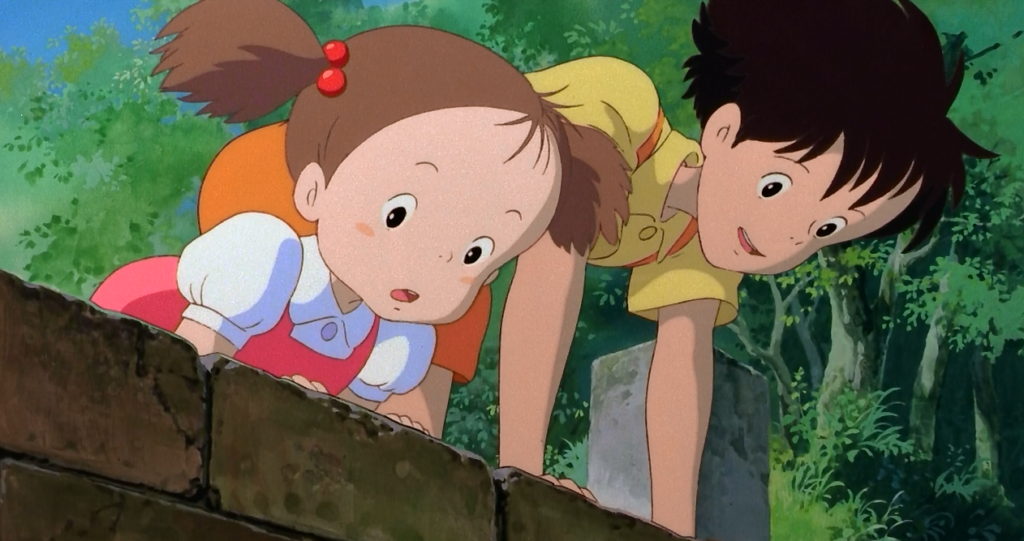 I’m going to out on a limb here and say if you are at all into animated movies, you should have seen this by now. If you’re like me and haven’t gotten around to it, get on it, stat. This is a must own for fans of the genre.