There are not many films as influential and meaningful to me as My Blue Heaven. Growing up I would watch this film with my father and I remember thinking the premise, however ridiculous, was timeless and just plain fun. It was also one of my first experiences watching Steve Martin which soon led to a small obsession. This film has so much to offer and is, for what it’s worth, great for a wide array of viewers.  Looking back and facing the moment of watching it for the first time in over 15 years I’m not quite sure what to expect or what to feel.  I know all these years later I will still be in for a good laugh or twelve. However, with a film like this, nostalgia may have skewed my impression of the film and I fear what I will lose upon viewing.

For those of you who missed the great combination of Rick Moranis and Steve Martin (and no I’m not talking about Little Shop of Horrors) let me be the first to tell you the duo work incredibly well together.  From minute one we get a very different version of Steve Martin (Italian Gangster) than you have previously seen.  The same can also be said for Rick Moranis, as he is not the lovable loner that we know and love, instead Moranis plays a very straight edged FBI agent who’s life is so orderly that it has created problems in his relationships. 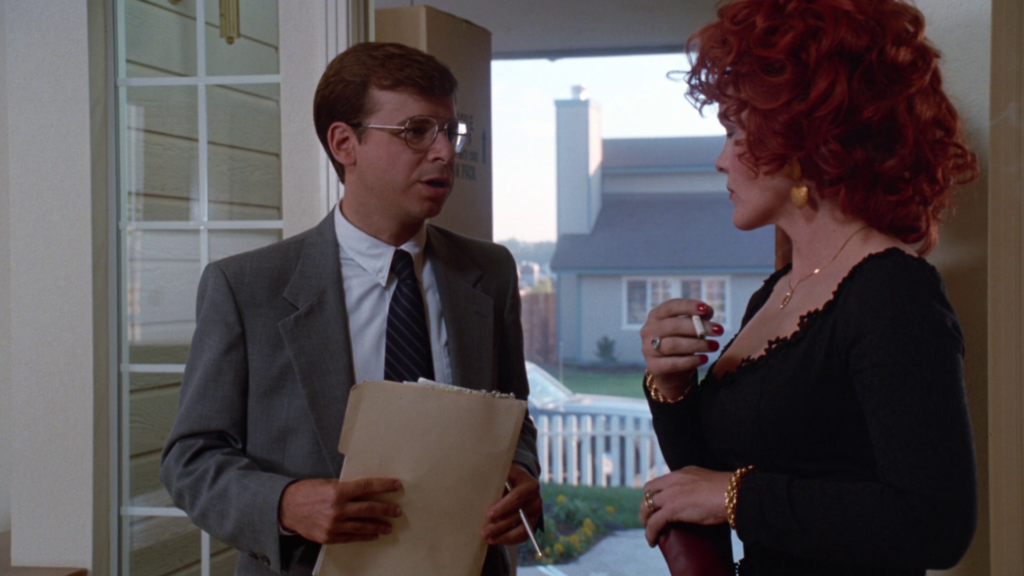 Our story follows Agent Barney Coopersmith(Rick Moranis), an FBI agent whose life is very precisely ordered.  Coopersmith soon finds himself in charge of handling recent informant Vincent Antonelli (Steve Martin) who is getting ready to testify.  The two could not be more opposite.  As Antonelli tries to elude and educate Coopersmith on the way he lives his life, it’s clear that Coopersmith is in way over his head.

This is an interesting take on the Buddy Cop premise that we have seen time and time again.  However, anytime Steve Martin is involved, it’s easy for any film, no matter the premise, to immediately to become “That Steve Martin Movie” whether it is his huge presence or tendency to over-perform, I am not sure.  Luckily this time around, like most times, he pulls it off and makes us laugh. The “Buddy Cop” premise is heavily contingent on the counter parts and somehow, someway these two play really well off of each other.  The most surprising element of this film is how endearing this film becomes toward the end. 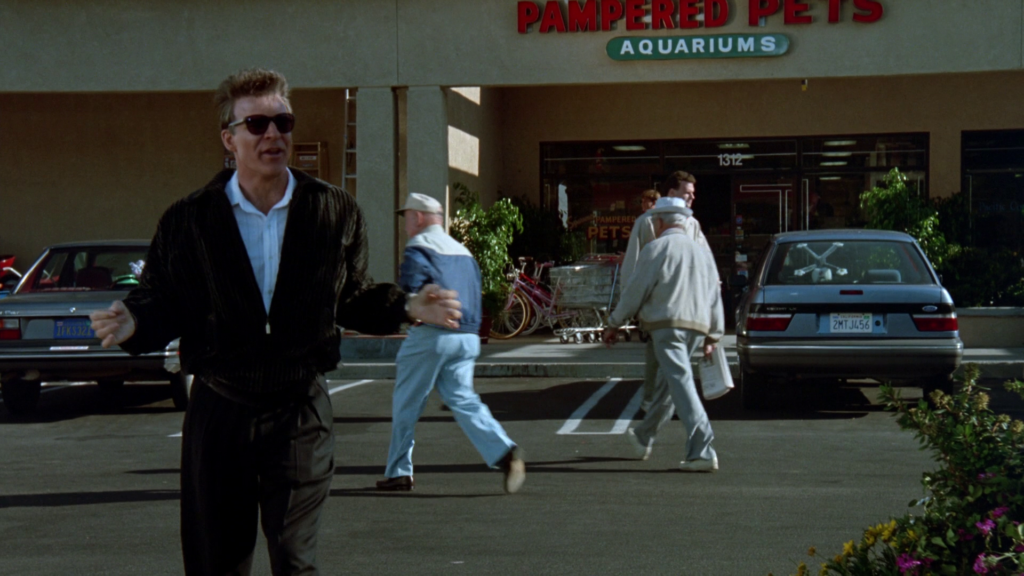 The picture quality feels beautiful and as someone who hasn’t watched the film in over a decade, everything feels crisper, brighter, and more colorful. Something that once felt endearing and funny that now falls a bit flat is the use of narration by descriptive cards. All the short texts are written from the perspective of Steve Martin’s character yet only really seem necessary one or two times it was used.  This is a rather straightforward film from beginning to end, there is not much in the way of artistic expression or unique point of view to be had here. This is not a real surprise considering Director Herbert Ross has done well in the past to make direct, feel good films.  Previously having worked on and, possibly his best-known film, Footloose manages to feel like a far different film than what we have here.  I cannot stress enough that this film is much different than any other Ephron, or Ross film I have seen. As far as the transfer to Blu-ray goes, it just works, it is clear that the details are much more visible this time around. 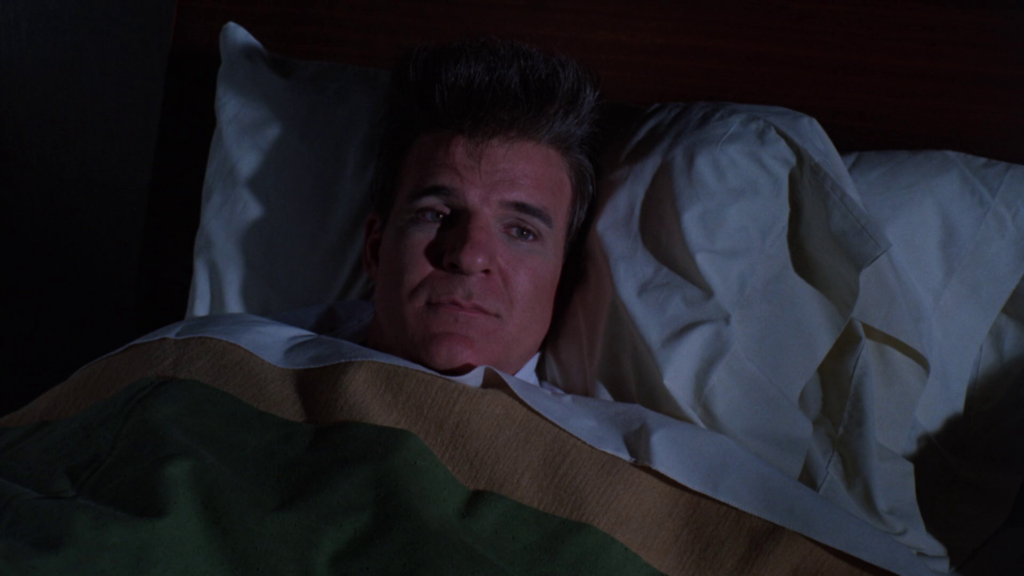 The Film adopts its own theme song from the song of the same name “My Blue Heaven” performed by none other than Fats Domino.  This does well to keep the tone rather light and breezy. It also safely sticks with you days afterward. The audio track has also held together well and does well on the Blu-ray format. I experienced no audio issues or problems with varying levels coming across too loud. 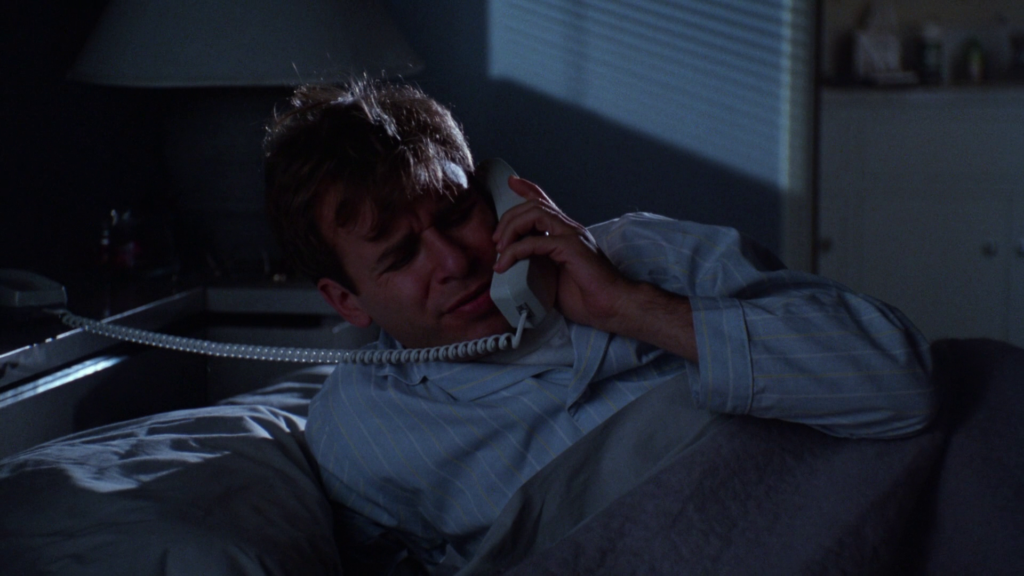 Here we have the Warner Bros. Archive Collection edition, with a very crisp image front and center.  I have to say my immediate impressions are really great.  This feels new and not dated at all.  While my wife adamantly disagrees, the case itself feels slightly more squared off (let me know if you get this who is right). On the inside, we have no paperwork which only struck me as odd, because I expected to see the “chapter list” that used to come with DVD’s for some reason.  I am happy to see the WB archives chose to not go with the standard eco cut out that we usually see and even included artwork on the disc itself.

This is my very first Warner Brothers Archive Collection and of the two I have seen it does not look like extras are normally included. Hard to argue with this, considering the age of the films, however, I’d be curious to see what original features were on the DVD version of this and why they were not able to transfer them over. Whatever the case may be, there are no extras included on this release. 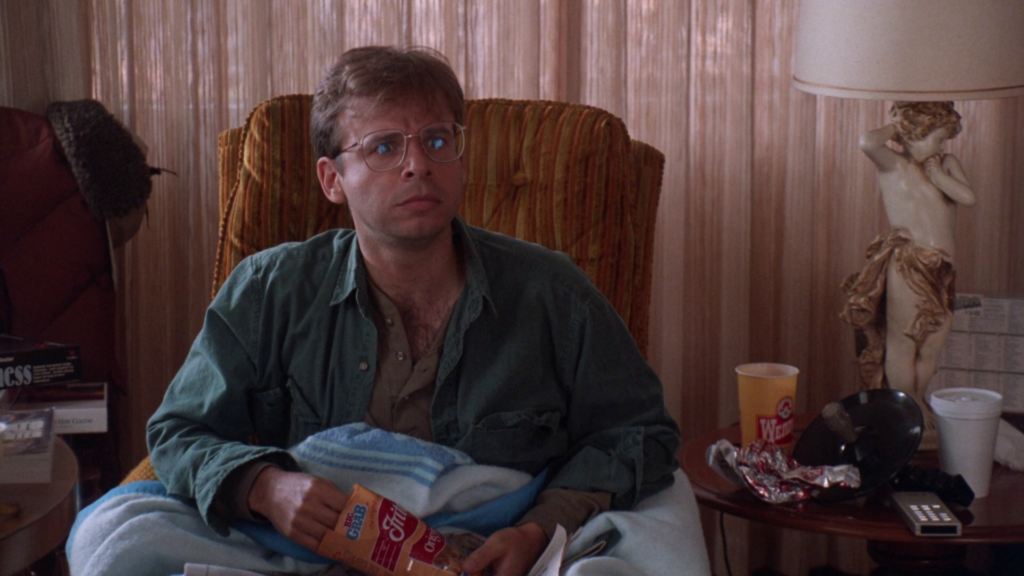 There is something to be said about a film that carries enough weight with it to transcend this many years. So the question is, all these years later did My Blue Heaven remain the film that I remembered. Well the answer is simply, not so much. Whether it is Steve Martins’ ability to seem like a totally convincing gangster or Rick Moranis’ charm I cannot be sure. But what I can say for sure is, I still love it.  This film will remain near and dear to my heart for a long time.  One of the most interesting aspects of the film, is actually a piece of trivia.  The film is loosely based around Henry Hill the infamous mobster that Martin Scorsese made the film Goodfellas surrounding.  The story goes, that Nora Ephron’s Husband Nicholas Pileggi who wrote Wiseguy (The book that inspired Goodfellas) was regularly in contact with Hill and Ephron frequently spoke to him as well, calling herself Aunt Nora.  Either way the film holds history, it will forever be etched into my memory for nostalgic purposes, and can still make me laugh all these years later.

You can buy this and other great Warner Brothers Archives HERE.

Overall 4/5 -It’s Friggin Steve Martin and Rick Moranis, buy it or sleep with the fishes