Murder on the Orient Express is a 2017 mystery drama film that was directed by Kenneth Branagh with a screenplay written by Michael Green, and is based on the 1934 novel of the same name by Agatha Christie. The scene of the Bay of Jerusalem was shot in Malta. The film stars Branagh as Hercule Poirot, with Penelope Cruz, Willem Dafoe, Judi Dench, Johnny Depp, Josh Gad, Derek Jacobi, Leslie Odom Jr., Michelle Pfeiffer, and Daisy Ridley in supporting roles. The film is the fourth screen adaptation of Christie’s novel, following the 1974 film, a 2001 TV film version, and a 2010 episode of the television series Agatha Christie’s Poirot. The plot follows Poirot, a world-renowned detective, as he looks to solve a murder on the famous trans-European train in the 1930s.

Principal photography for the film began in November 2016 in the United Kingdom, and it is one of the few productions in decades to have used 65mm film cameras. Murder on the Orient Express had its world premiere on November 2, 2017 at Royal Albert Hall in London, England, and was released in theaters in the United Kingdom on November 3, 2017, and the United States on November 10, 2017, by 20th Century Fox. The film ended up grossing over $350 Fillion worldwide and has received mixed reviews from film critics, with praise for the cast’s performances and the overall production value, but some criticism for not adding anything new to previous adaptations and for Branagh’s directorial focus on his own role to the detriment of the drama.

Speaking to my friends who had the pleasure of seeing Murder on the Orient Express during its theatrical run unfortunately left me with some considerably bland feedback.  However, this film, with having no past experiences with presentations of the Poirot character, I found to be quite entertaining.  Providing an extremely robust mystery as he works to solve the identity of the killer who’s committed this act from within the train really makes you sit there any pay attention to every single detail as you play along.  The only problem that I had with this film was the slightly bland presentation from the cast. 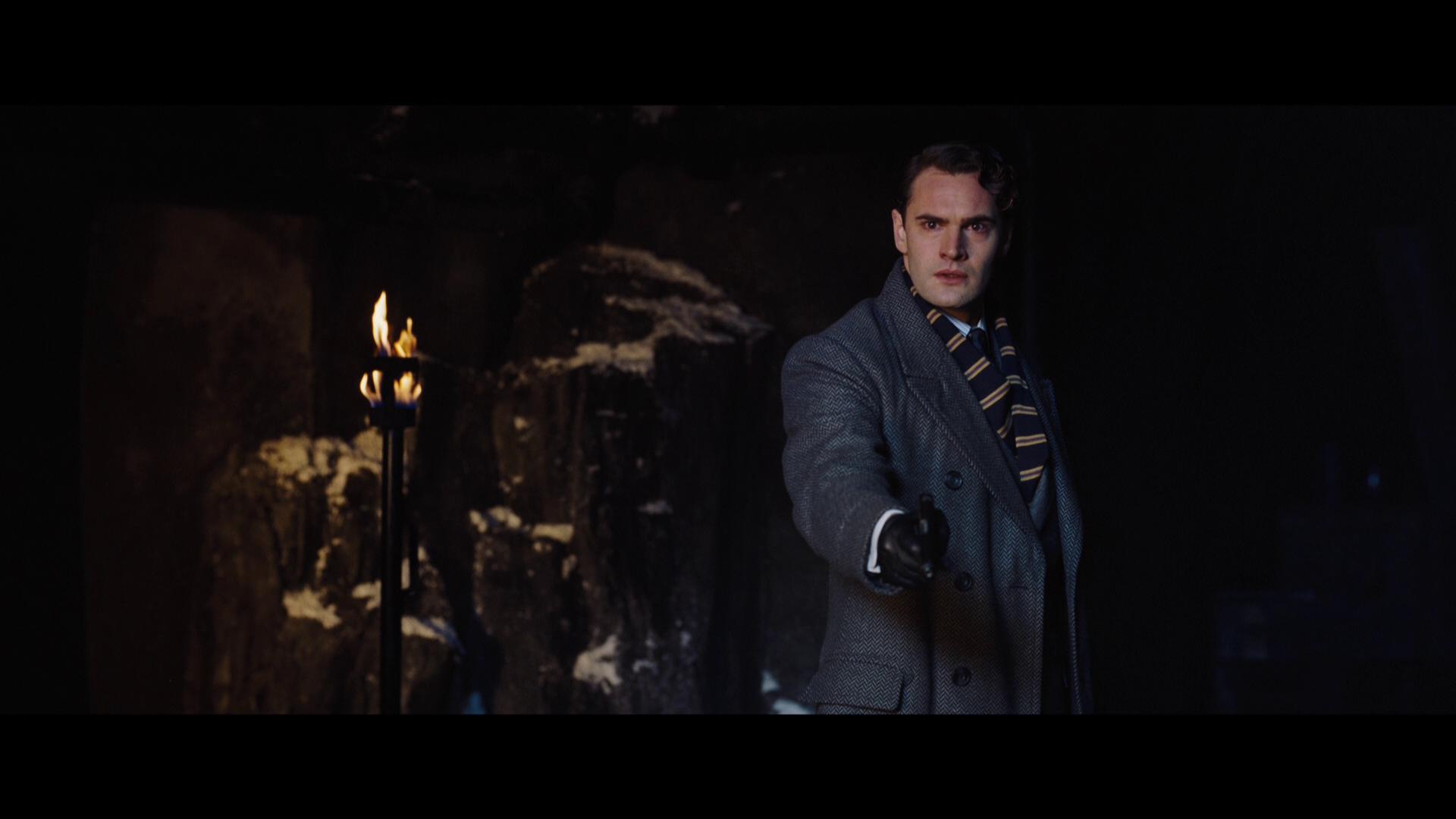 Being presented in a native 4k picture, Murder on the Orient Express looked absolutely beautiful as it played out across my living room television.  Everything from the scenery that encompassed the ventures of the train track to the absolute minute details of the fabric of the clothing that the cast were wearing were absolutely visible.  Some of the more beautiful sequences that played out during this film were definitely of that of the scenery, but even to a more notable detail was the color of Poirot’s eyes.  I did have some issues with some of the choice of apparel that was used for the cast, specifically the suit that Poirot was wearing there in the very beginning.  The pattern of the fabric created some unintentional noise that made it very distracting as it really stood out. 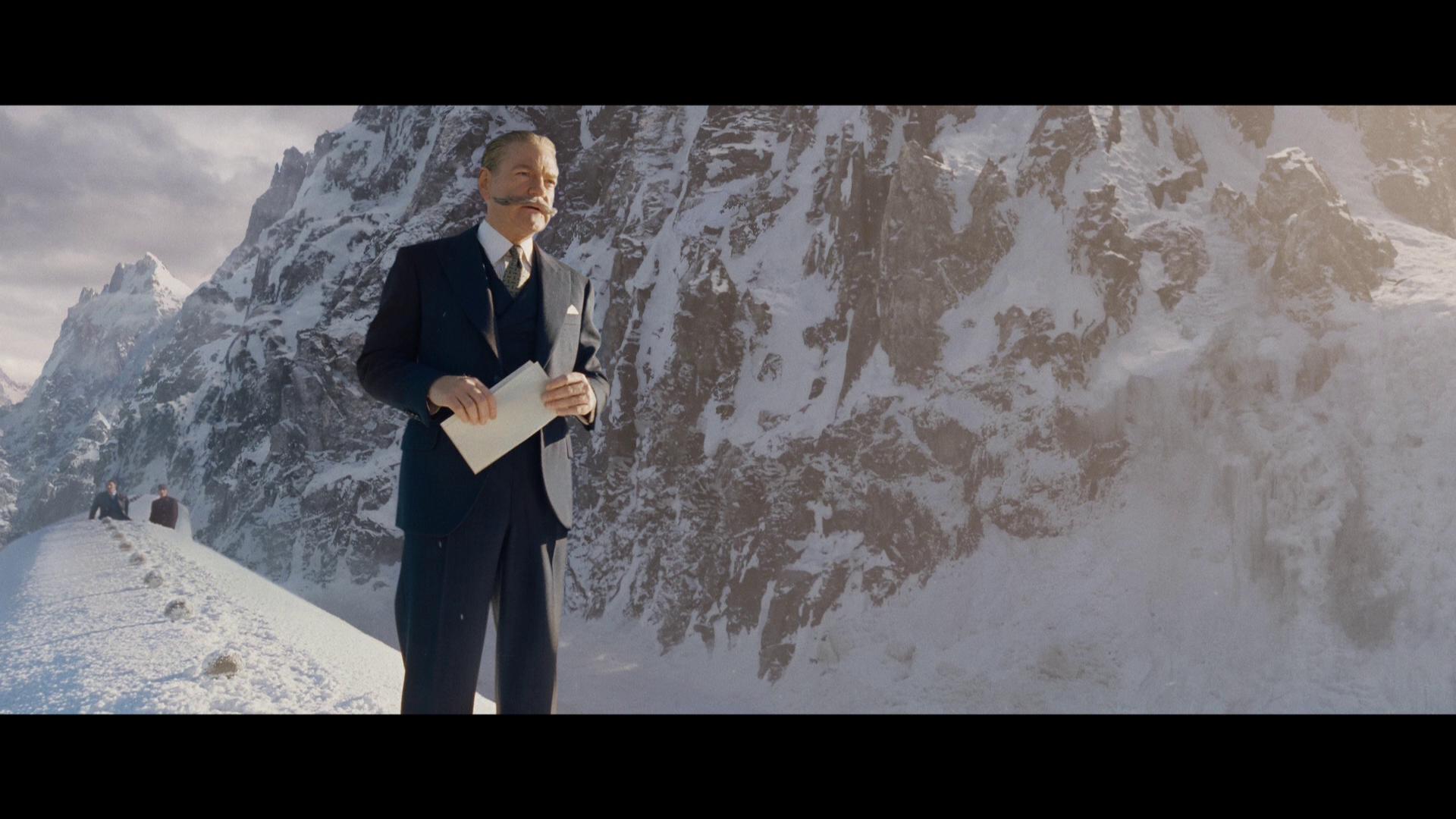 Packaged with an English Dolby Atmos audio track, Murder on the Orient Express offers an all out immersive experience for viewers who are able to make use of the technology within the audio.  Offering a decent amount of elements to the film that feature that elevation aspect, the audible presentation of the film does an absolutely fantastic job at placing viewers right into the middle of everything.  Dialogue is clean and clear and easily understandable throughout, while the musical accompaniment perfectly fit the various pacing of sequences throughout. 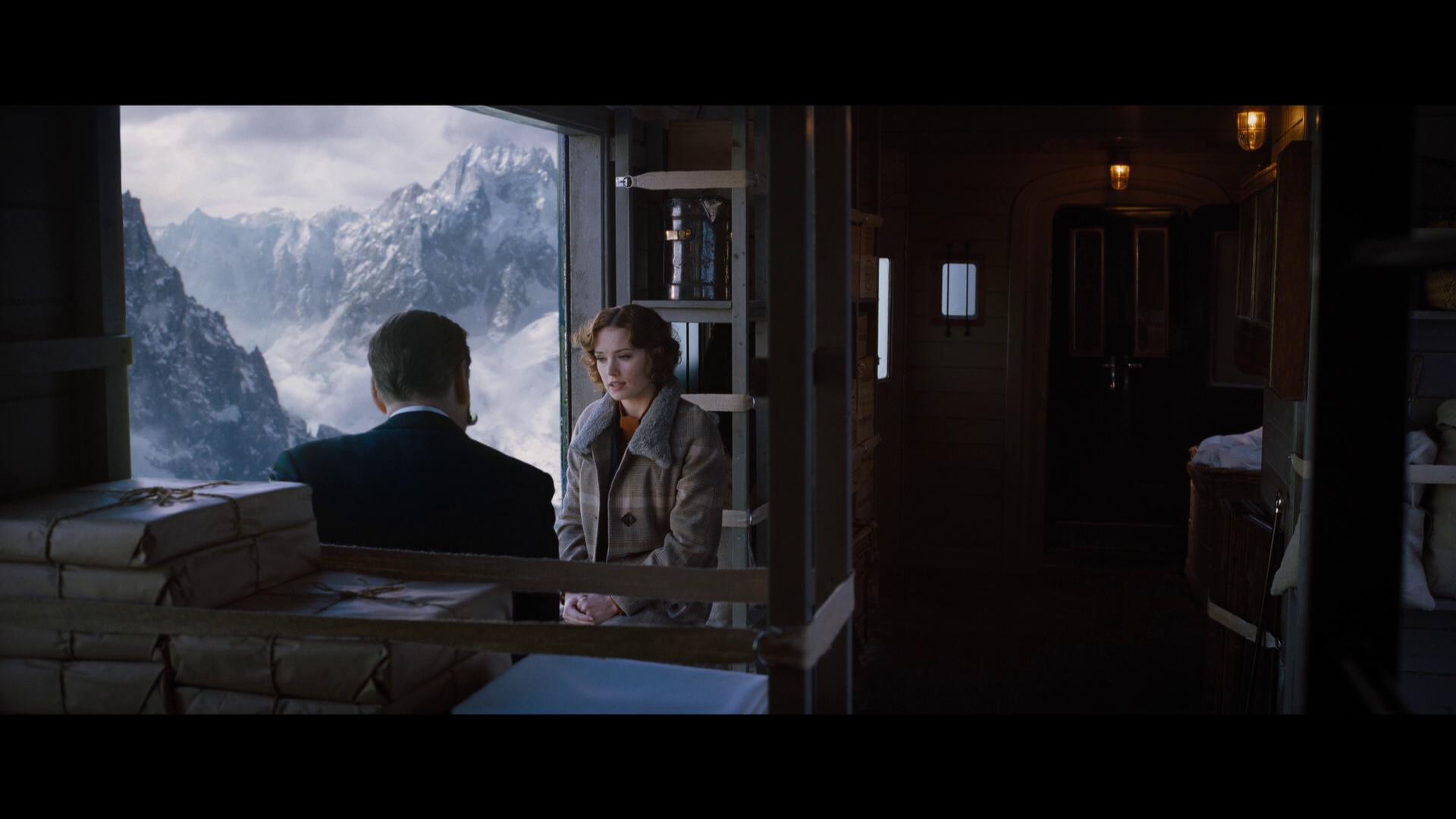 Murder on the Orient Express comes packaged in your standard two-disc 4K UHD amaray case.  Within that case is the standard 4K UHD copy of the film as well as the standard Blu-ray copy of the film.  Neither of the discs feature any artwork that’s relative to the film whatsoever outside of the standard release text and black and blue backgrounds respectively.  A digital copy redemption pamphlet has also been included so you can add the film to your digital library, as well as a slipcover that’s been made available during the initial print run of the release that features the same piece of artwork that’s made available on the case art. 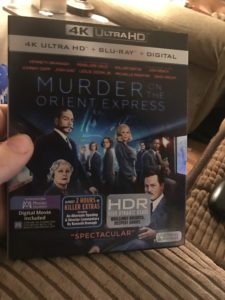 There were a surprising amount of additional features included with Murder on the Orient Express that not only explores the story and characters further, but also shows some of the work that went into making this film.  Unlike many other 4K UHD releases, this release does include a feature audio commentary by Director Kenneth Branagh and Screenwriter Michael Green on the 4K UHD disc.  All additional special features are made available on the included Blu-ray disc.  Included with this release is: 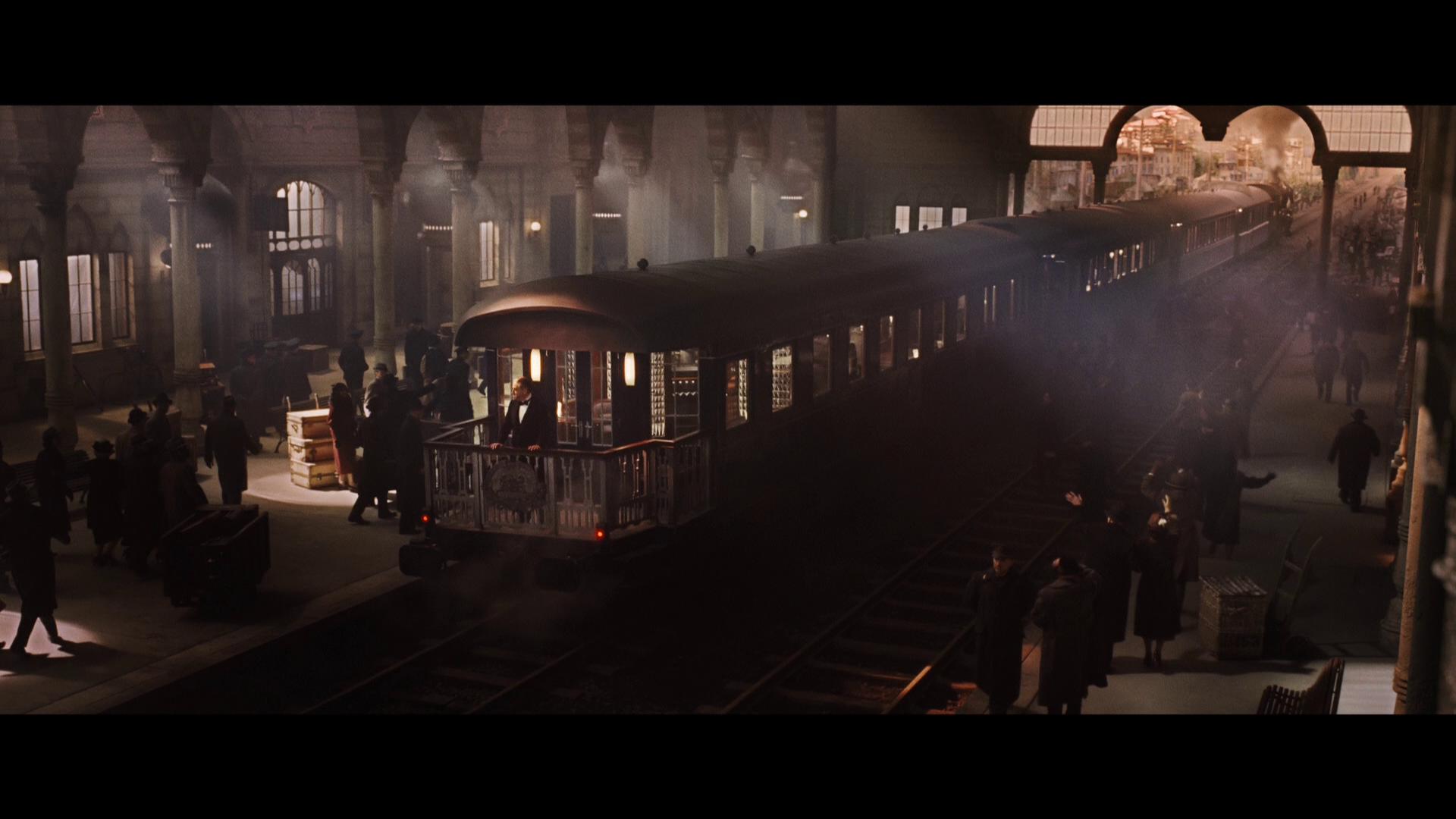 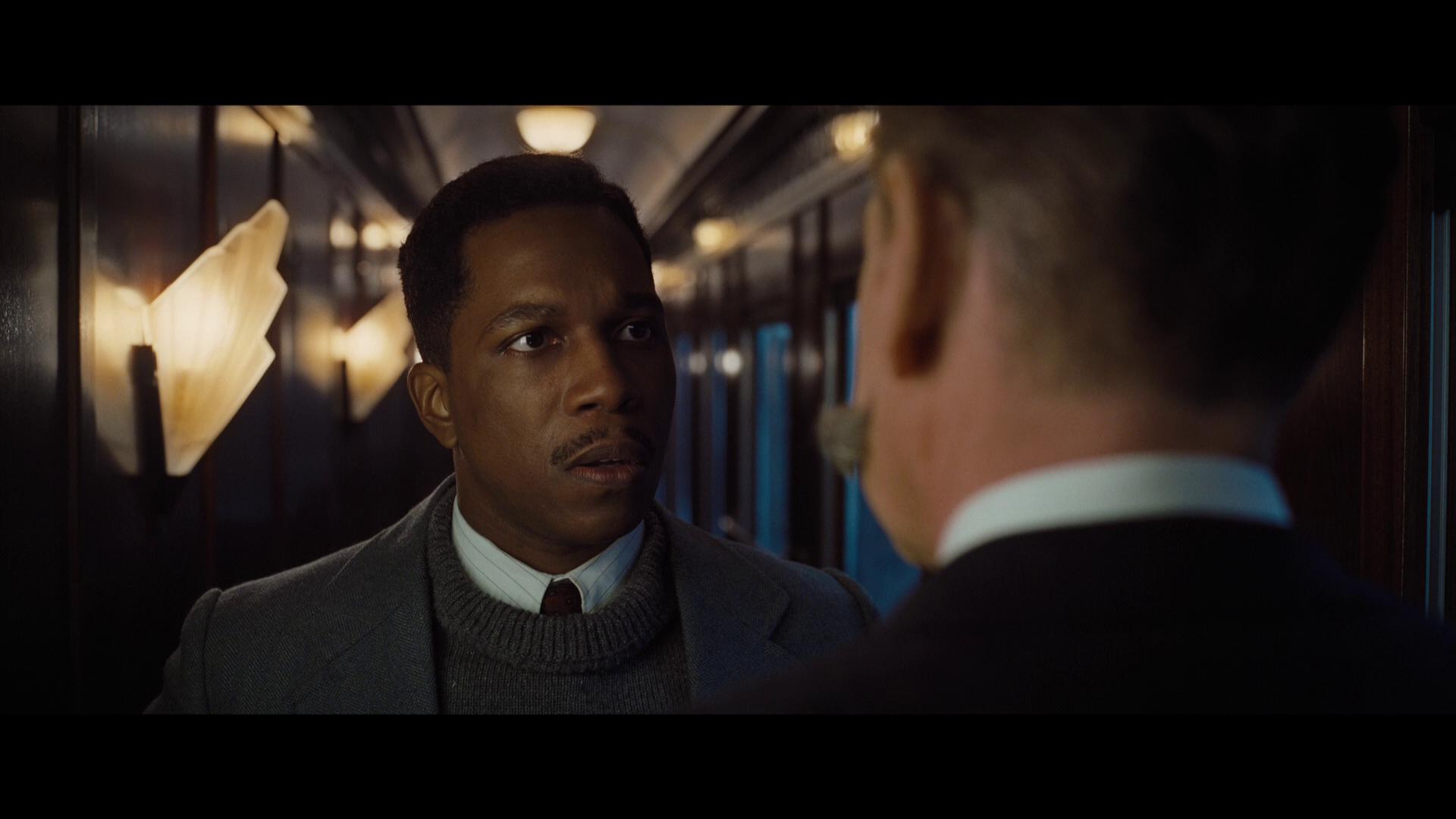 Going into Murder on the Orient Express, I’ll admit that I wasn’t really looking forward to it.  Mostly because of the considerably bland feedback that I had gotten from my friends who had seen it during its theatrical run.  However, this movie is a very extensive game of Clue as you follow along and try to solve the murder along with the titular character.  The overall amount of detail that went with this particular mystery really made my wife and I try and pay attention to every minor detail as it progressed while we tried to solve the mystery too.  The visual and audible presentation of the 4K UHD was absolutely beautiful, despite the minor distraction caused by the threads of various characters clothing throughout.  There’s a decent amount of special features included with this release that lets you explore the film further.  If you’re considering picking this film up for your collection, I would definitely recommend it.  As a 4K UHD release, it really could be another feature piece to showcase your 4K setup as well.  Murder on the Orient Express is now available on 4K UHD, Blu-ray and DVD today, so be sure to pick it up! 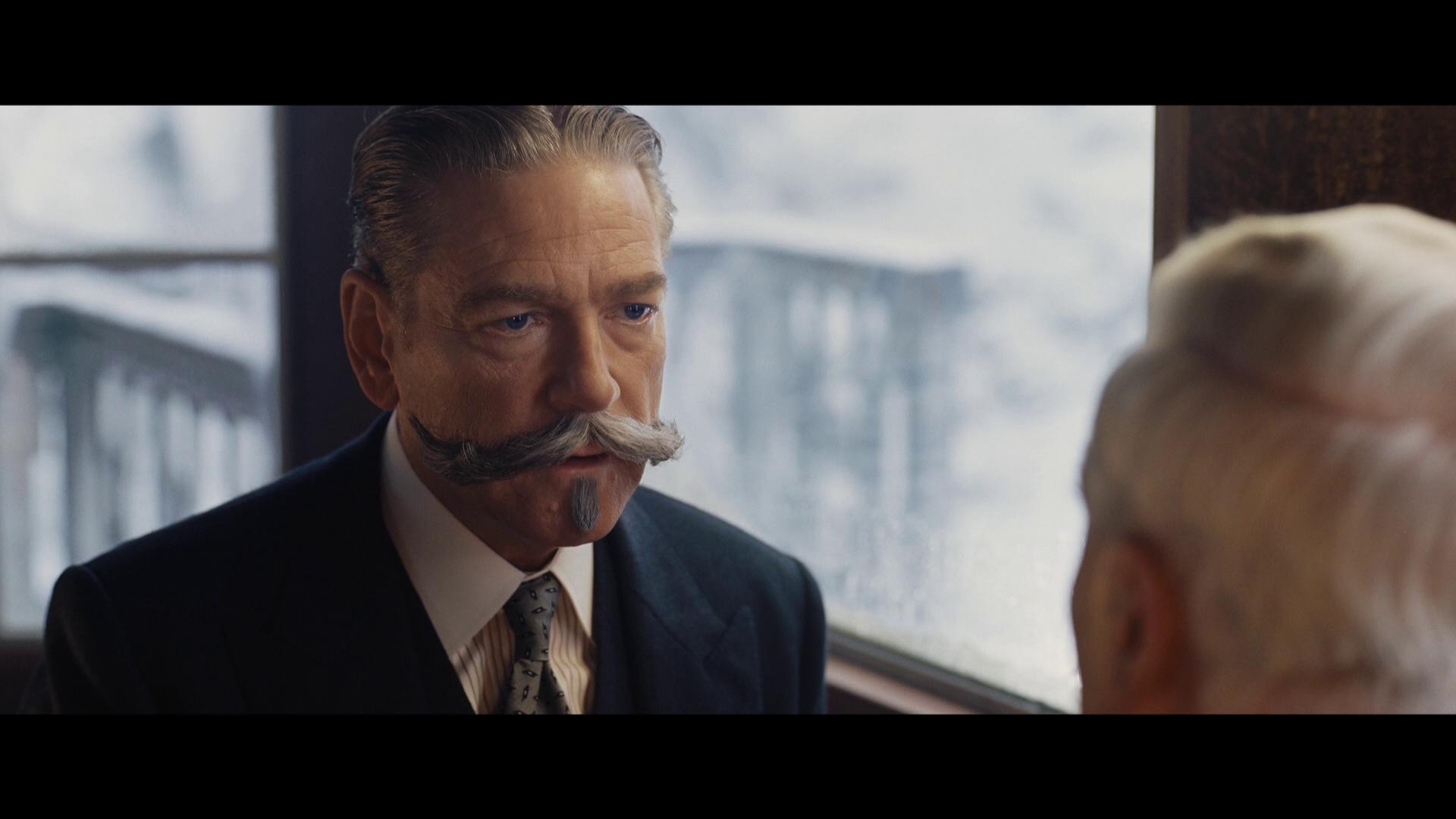