The Mummy is a 2017 American action-adventure film that was directed by Alex Kurtzman and written by David Koepp, Christopher McQuarrie and Dylan Kussman, with a story by Kurtzman, Jon Spaights and Jenny Lumet. The film is a reboot of The Mummy franchise and serves as the first installment in the Universal Dark Universe. The film features Tom Cruise, Annabelle Wallis, Sofia Boutella, Jake Johnson, Courtney B. Vance and Russell Crowe.

Starting us off in the year 1127 AD, several English crusader knights are burying an Egyptian ruby within the tomb of one of their own. In present-day London, a construction crew discovers the tomb and a, what some would consider to be, mysterious man is authorized to investigate the site. Later on in the film, we are taken to present-day Iraq, where Sergeant Nick Morton and Corporal Chris Vail discover the tomb of Ahmanet after an airstrike hits an insurgent stronghold. The sarcophagus is then pulled from a pool of mercury and transported to England. From there, the insanity begins.

The announcement for the reboot originally came out in 2012. After going through multiple directors, with Len Wiseman leaving the project in 2013 and Andres Muschietti in 2014. Principal photography began on April 3, 2016 in Oxford, United Kingdom, and also took place in Surrey. Filming on the movie wrapped up on July 17, 2016, in London. Production then moved to Nambia for two weeks, with principal photography on the film being completed on August 13, 2016.

The Mummy grossed $407.8 million worldwide against its $345 million production and advertising budget, having a worldwide opening of $172.4 million, making it the largest global debut of Tom Cruise’s career. The film was considered to be a box office disappointment given its high production an marketing costs, and originally had a projected loss of approximately $95 million.

I’m sure I’m going to get a lot of negative feedback, but in all honesty, I liked The Mummy for what it had to offer.  While this film is labeled as a reboot of the original 1999 film, it definitely should have not been as it takes a completely different spin to the story, including a different name for the mummy itself.  The film itself has no relation to the earlier series outside of bearing the same name.  The movie is packed to the brim of action sequences that my wife and I found ourselves not able to take our eyes off of the tv as the movie moved onward.  After watching through this film, there were a lot of questions that were left unanswered, however I do get the feeling that this movie in particular is being used as a foundation to a new cinematic universe that’s being created. 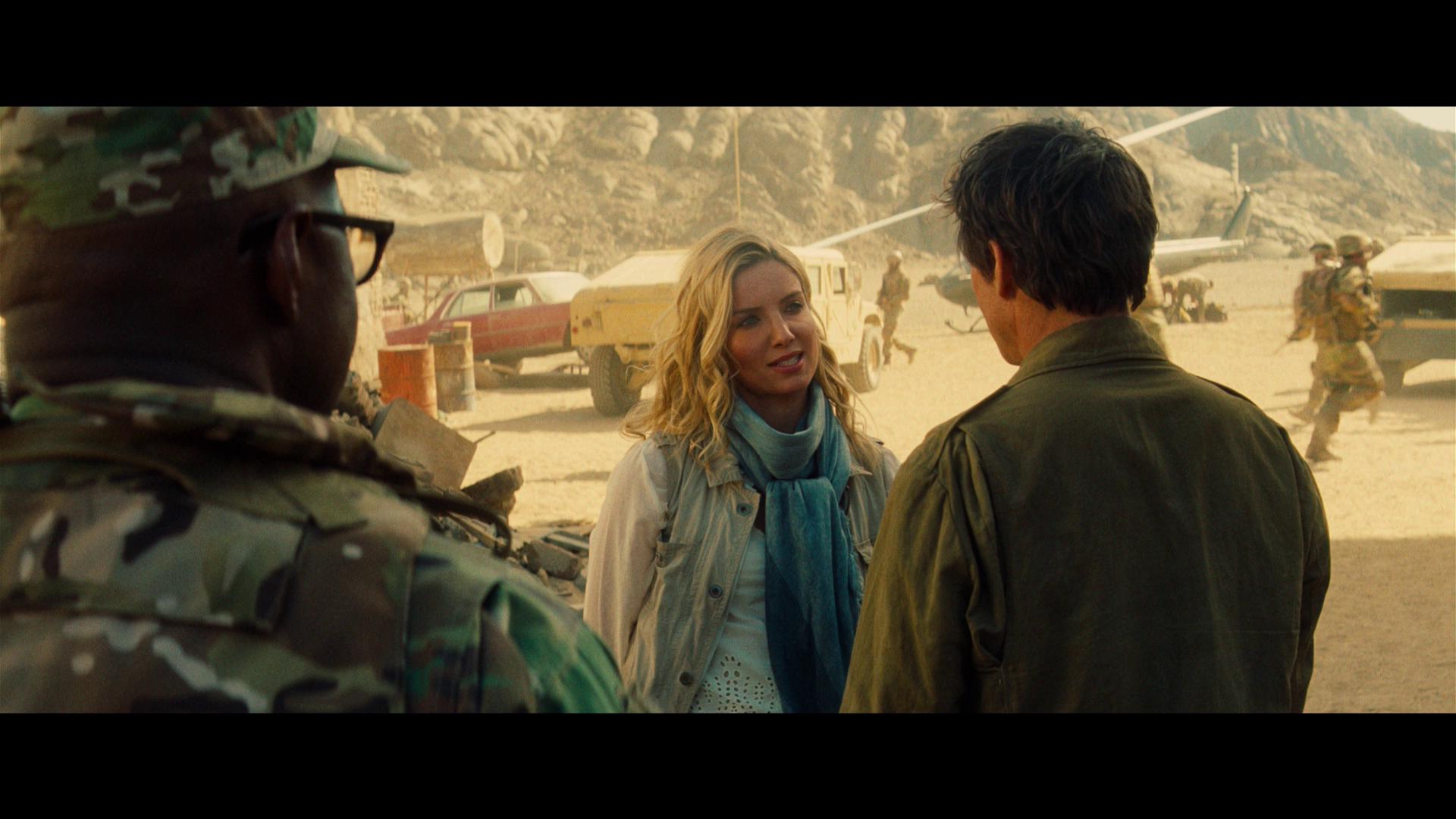 The Mummy comes on a Blu-ray disc that encoded just like any other Blu-ray release.  Presented in 1080p, the picture itself was generally pretty clean and clear; except for when the film moved onward into the darker sequences.  The scenes that take place in the lower levels of lighting were extremely difficult to visually understand what was happening and I found myself pretty much giving up during these scenes because the effort outweighed the benefit of added focus. 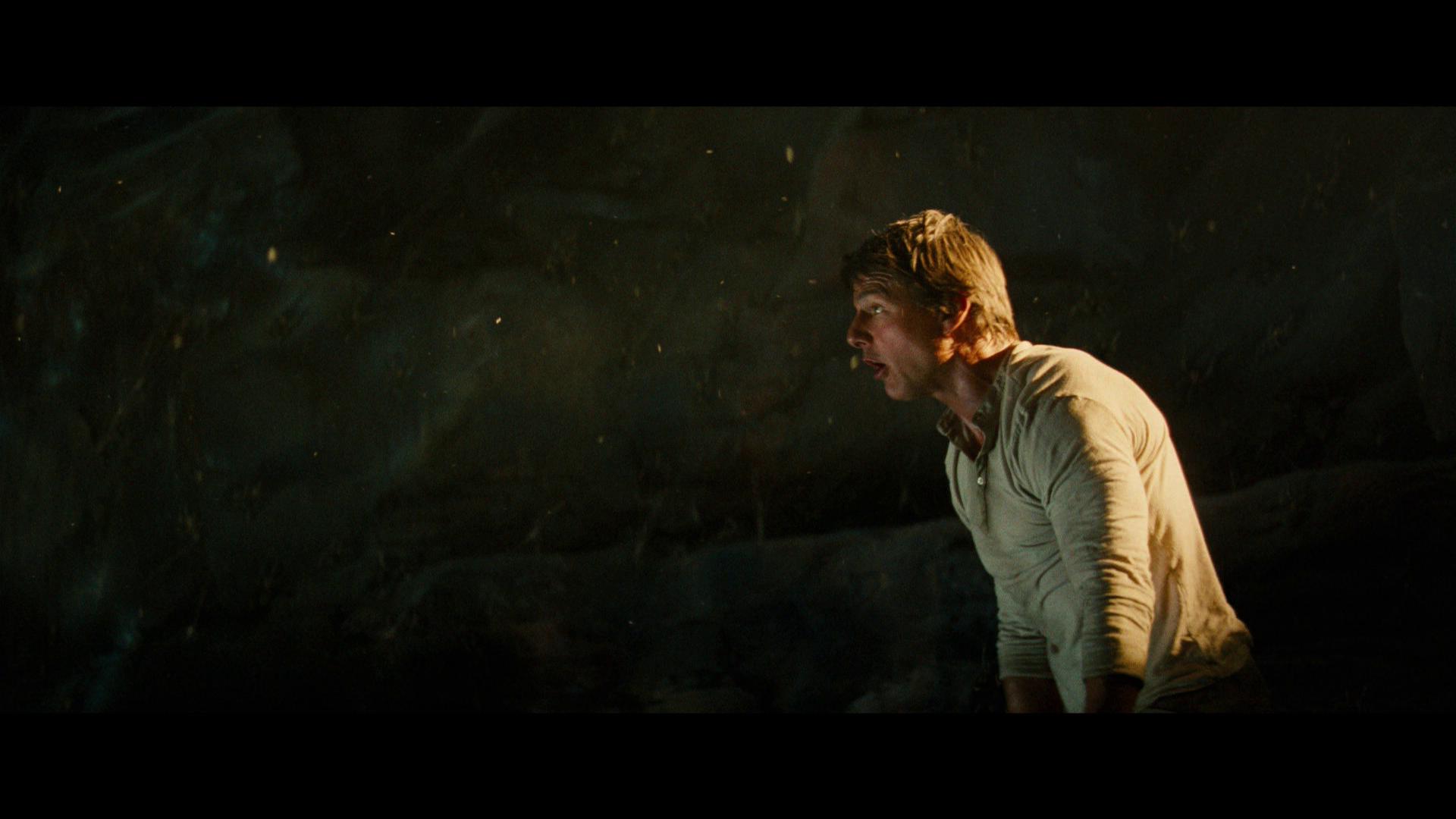 Packed with a Dolby Atmos audio track, The Mummy offers an all out immersive experience for home viewers.  Doing an absolutely fantastic job with its multi-channel presentation, you really do feel as if you are right in the middle of all of the action.  One of the most notorious pieces of this releases audio track are the gunshots as they ring out all over.  Other aspects, including the sandstorms, shattering pieces of glass, and explosions offer an extensive width and depth with top-of-the line clarity.  The dialogue of the film is clean and clear and provided with naturally positioned and well prioritized detail. 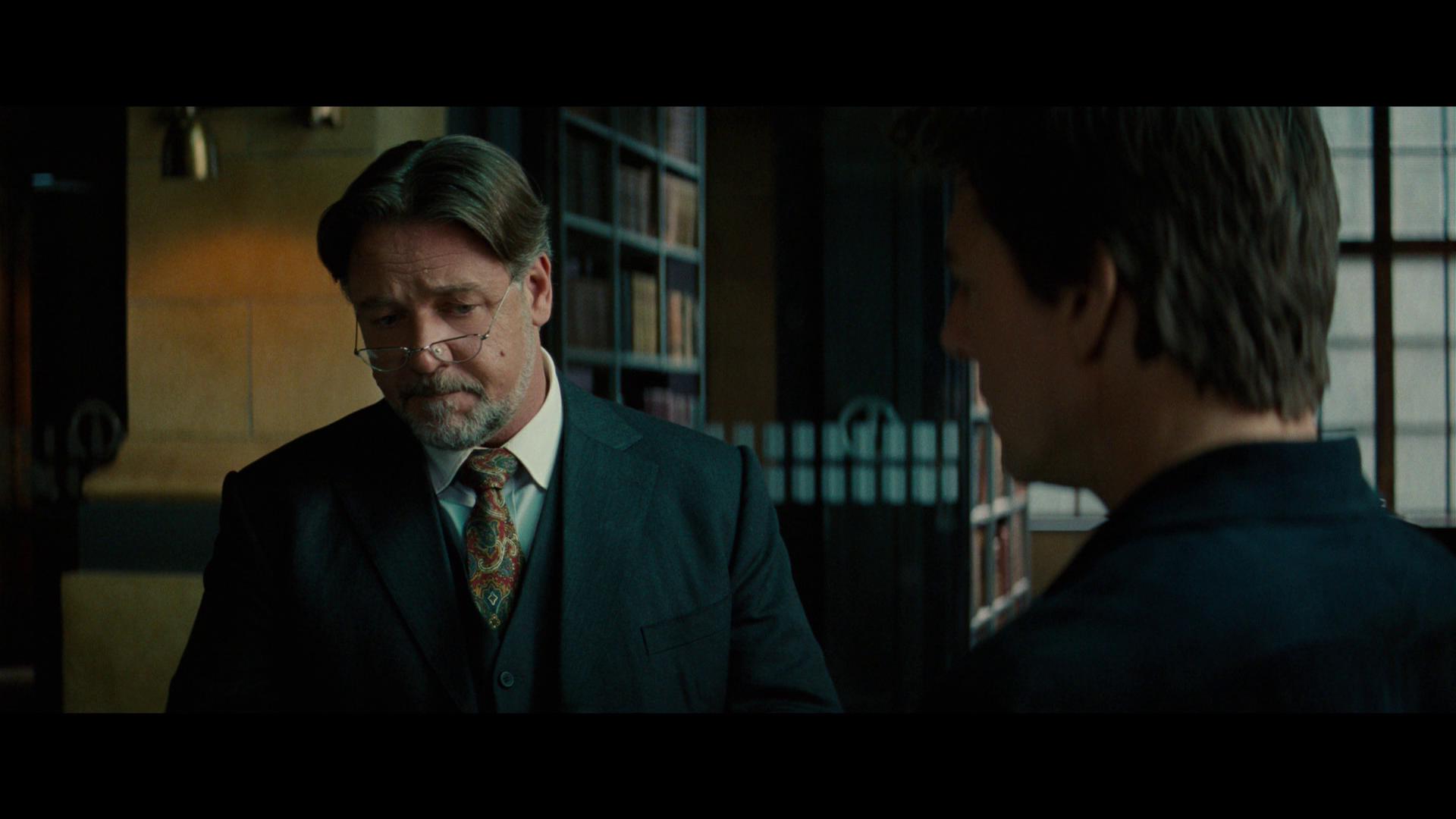 The Mummy comes packaged in your standard two-disc Blu-ray amaray case.  Within that case is the standard Blu-ray copy and the standard DVD copy of the film, each disc not really featuring any artwork outside of the standard text that is used to differentiate the disc from others one might own.  There is also a digital copy redemption pamphlet that is included as well as a slipcover that’s been made available in the initial pressing of this release and features the same artwork as the Blu-ray case. 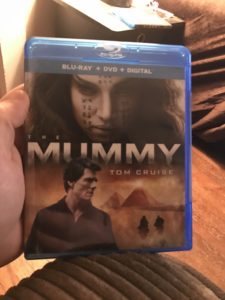 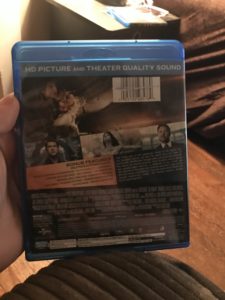 There was a surprising amount of additional content that’s been made available on the Blu-ray copy of The Mummy, offering an even deeper look into the film and the work that went into making this film available.  Included with this release is: 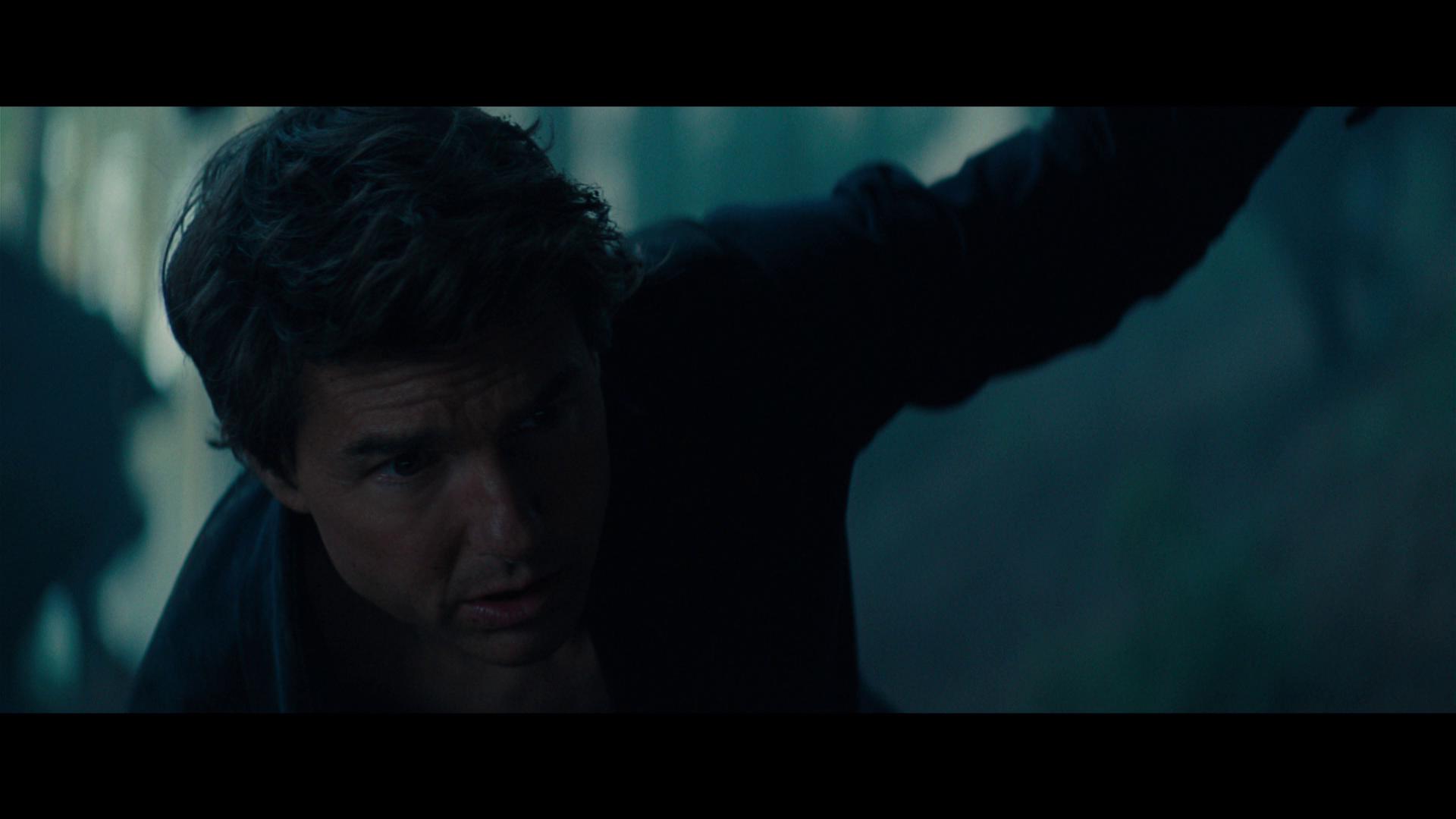 As you can see, I did enjoy The Mummy – however this film was nowhere near as enjoyable as the original 1999 film that featured Brendan Fraser.  While the movie was decent, it definitely should have NOT have been labeled as a reboot, it should have been labeled as a new film.  While the story of the film wasn’t necessarily the greatest, it did do a pretty good job at building the foundation of a new cinematic universe that I’m eager to see take off.  The visual presentation of the Blu-ray wasn’t bad, except for areas where there were lower levels of lighting.  I’m sure those who pick this film up on UHD will get a better visual experience with the use of HDR; however I know I’m not spending the money to pick this up on 4K.  The audio presentation was simply superb and sounded absolutely fantastic as it roared through my home theater system.  There’s a lot of additional content that’s been provided for further exploration of the film.  If you’re interested in grabbing this film for your collection, I just ask that you go into this movie with zero expectations and ignore the fact that this film is supposed to be a reboot. 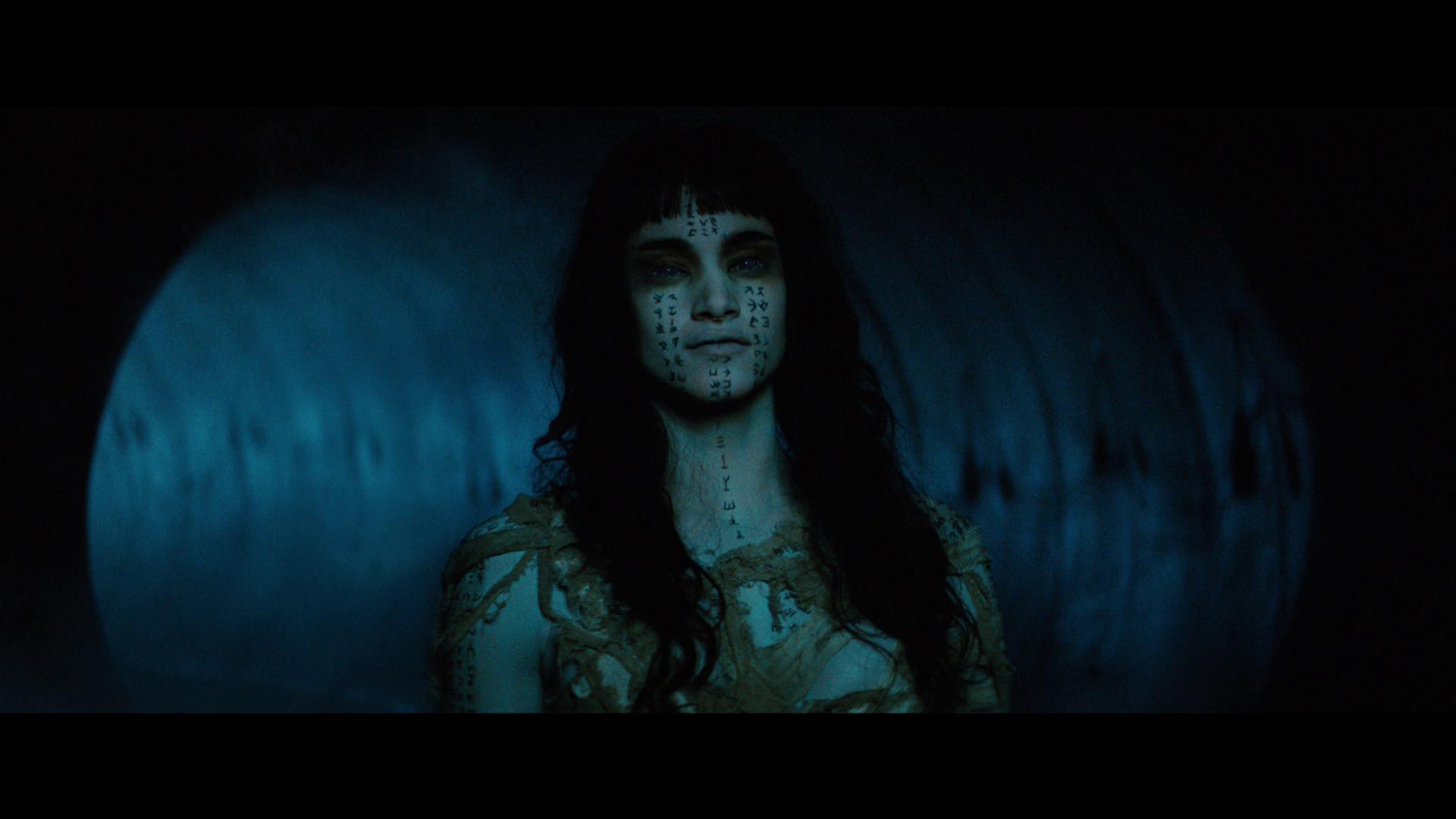