Mortal Engines is a 2018 post-apocalyptic adventure film that was directed by Christian Rivers and with a screenplay by Fran Walsh, Phillippa Boyens, and Peter Jackson, based on the novel of the same name by Philip Reeve, and also stars Hera Hilmar, Robert Sheehan, Hugo Weaving, Jihae, Ronan Raftery, Leila George, Patrick Malahide, and Stephen Lang. An American-New Zealand co-production, the film is set in a post-apocalyptic world where entire cities have been mounted on wheels and motorized, and prey on one another.

Jackson purchased the rights to the book in 2009, but the film languished for several years before being officially announced in 2016. Jackson picked Rivers, who had won an Academy Award for Best Visual Effects for his work on Jackson’s King Kong, to make his directorial debut with the project, and also brought on several members of his production teams from the Lord of the Rings and Hobbit series. Filming took place from April to July 2017 in New Zealand.

Mortal Engines had its world premiere on November 27, 2018 in London, and was theatrically released in Australia and New Zealand on December 6, 2018 and in the United States on December 14, 2018. The film received mixed reviews from critics, some of whom praised the visual effects and score with most criticizing the direction, the screenplay, and the “lack of personality”. It was a box-office bomb, grossing over $82 million worldwide against a production budget of at least $100 million.

Mortal Engines is a movie that I personally found rough to follow upon my first watch.  Initially, I felt like there was a lot that went unanswered and ultimately opted to sit down to a second viewing, and after that, couldn’t help but feel that there was some difficulty with the introduction of the characters and underlying story.  Even with that difficulty that it had in creating that foundation, it still manages to carry a semi-interesting plot that my wife and I had to direct our focus at, ignoring any potential distractions, allowing for a pure direction of focus.  Overall, the movie isn’t completely a disaster, and we both found it to be a decent take on the post-apocalyptic world. 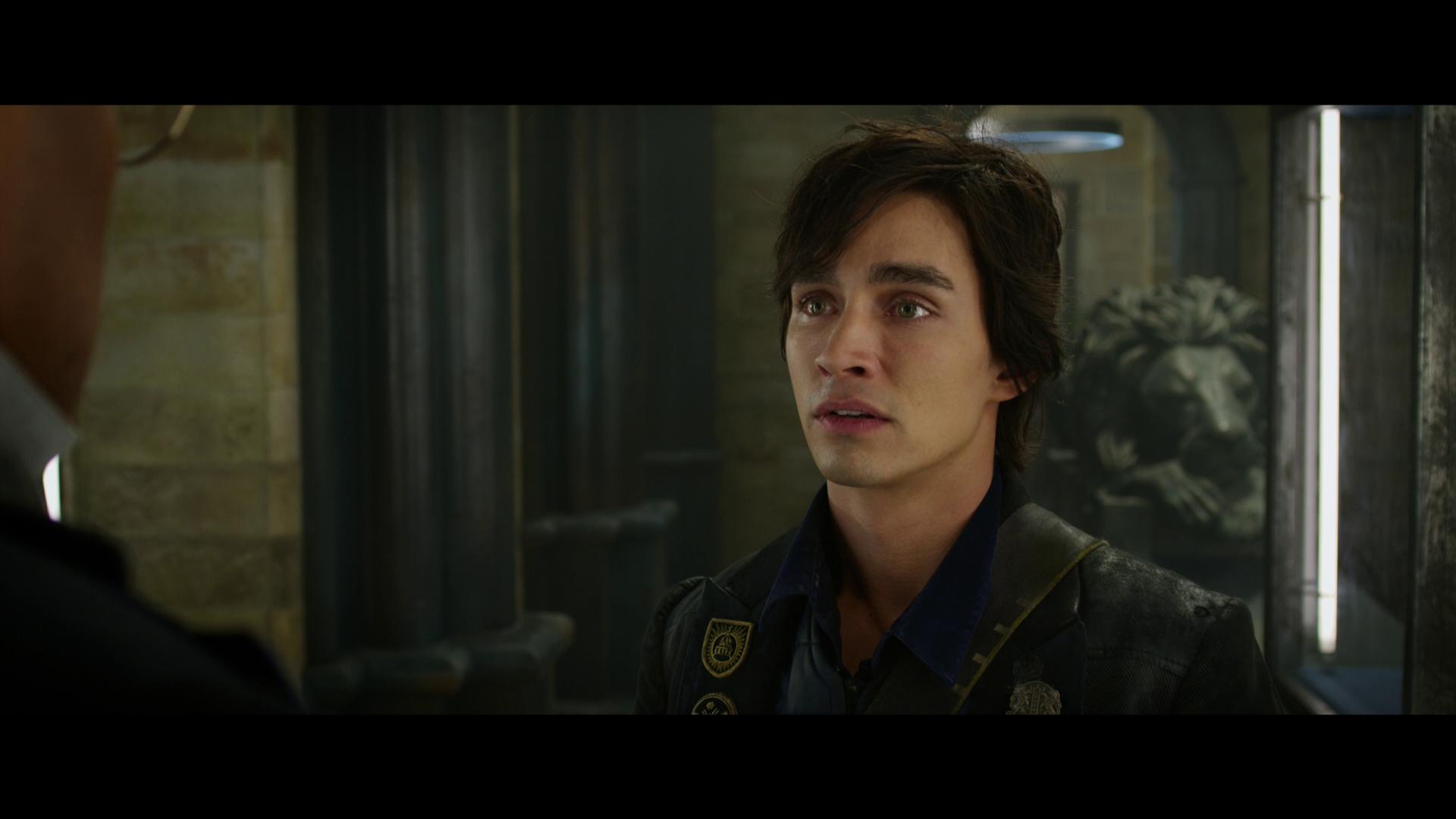 The visuals that accompany the 4K UHD release of Mortal Engines is absolutely where this movie shines.  With its Dolby Vision enhanced visuals, the differences between the 4K and Blu-ray Disc are immediately obvious, providing viewers with an image that’s magnitudes better than the included Blu-ray copy and allowing for this release to be a testament to the visual capabilities of the format, and the technology behind the boost of the color palette.  The color depth is much improved, providing richer and more natural feeling kind tones.  And the integration of the computer-generated effects into the natural scenes blended extremely well and allowed for everything to feel as if it were really happening.

Packaged with an English Dolby Atmos audio track, the 4K release of Mortal Engines packs one hell of an immersive audio punch for its audiences.   Making heavy use of the surround channels, and the rear channels, the speakers immediately will pull you right into he steampunk world of gigantic machinery.  However, despite the solid immersion this release provides, there’s a lack of lower tones within the audio track.  Considering the size of the machinery in the realm, you’d expect there to be more power behind the sound that those cogs and gears would make; but, unfortunately, this part is just a little bit underwhelming.  That said, the dialogue is spoken cleanly, and the characters were able to be heard and understood without any need to manually adjust the volume levels. 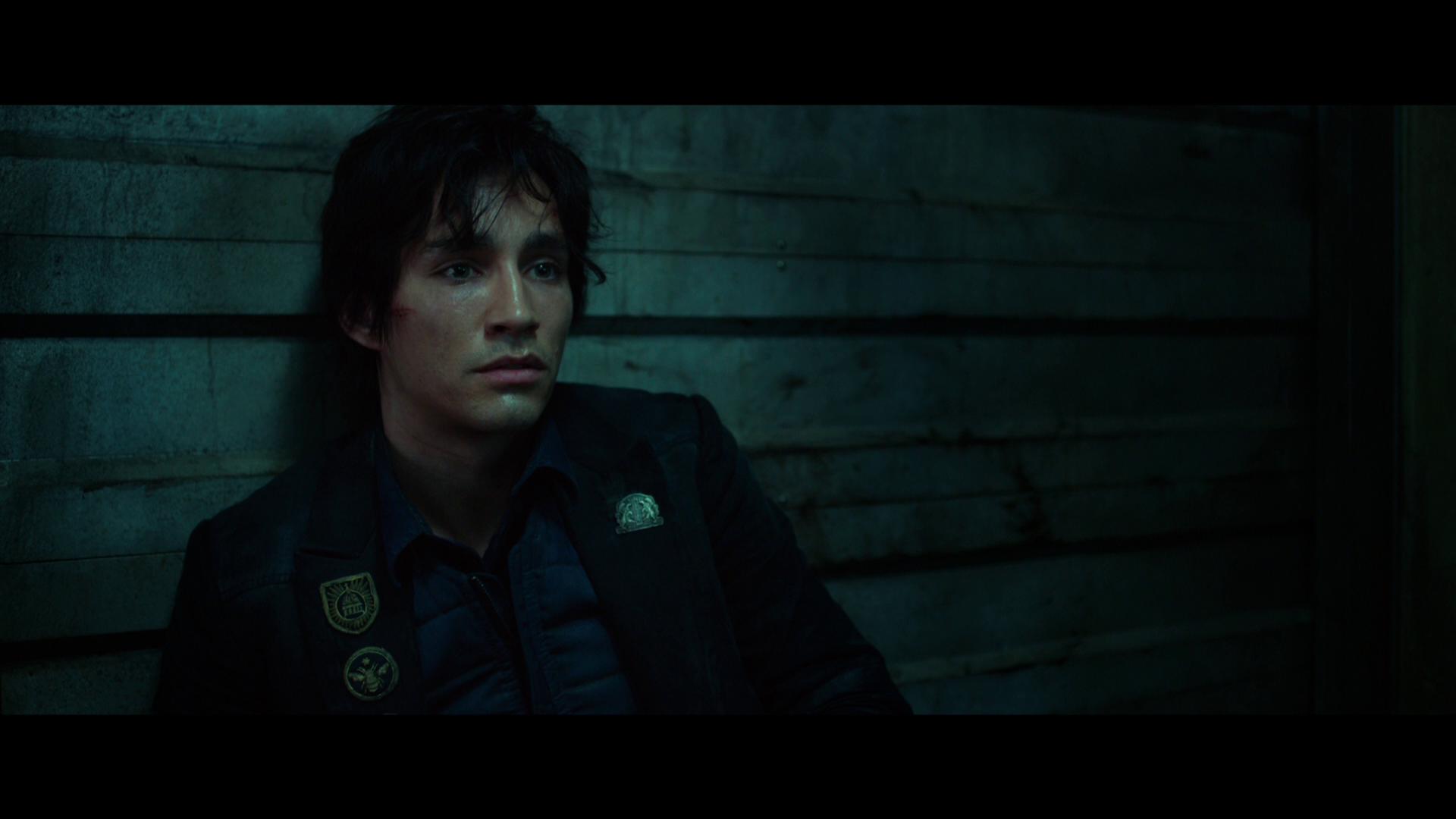 The UHD release of Mortal Engines comes packaged in the standard two-disc UHD amaray case.  The 4K disc features a piece of artwork that’s pulled from a section of the case art while the Blu-ray only wears the standard release text and black background.  There is a digital copy that’s been included, as well as a slipcover that’s been made available in the initial pressing of the release that features the same artwork as the case. 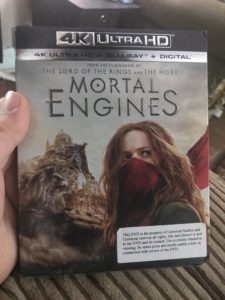 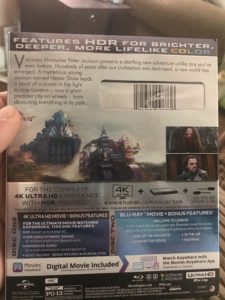 There’s a number of special features that were included with the 4K release of Mortal Engines.  With select features being made available on the UHD disc, the Blu-ray Disc features all of the intended features for this release.  The included content ventures into the storyline a little bit, with the majority of the focus directed at the production work.  Included with this release is: 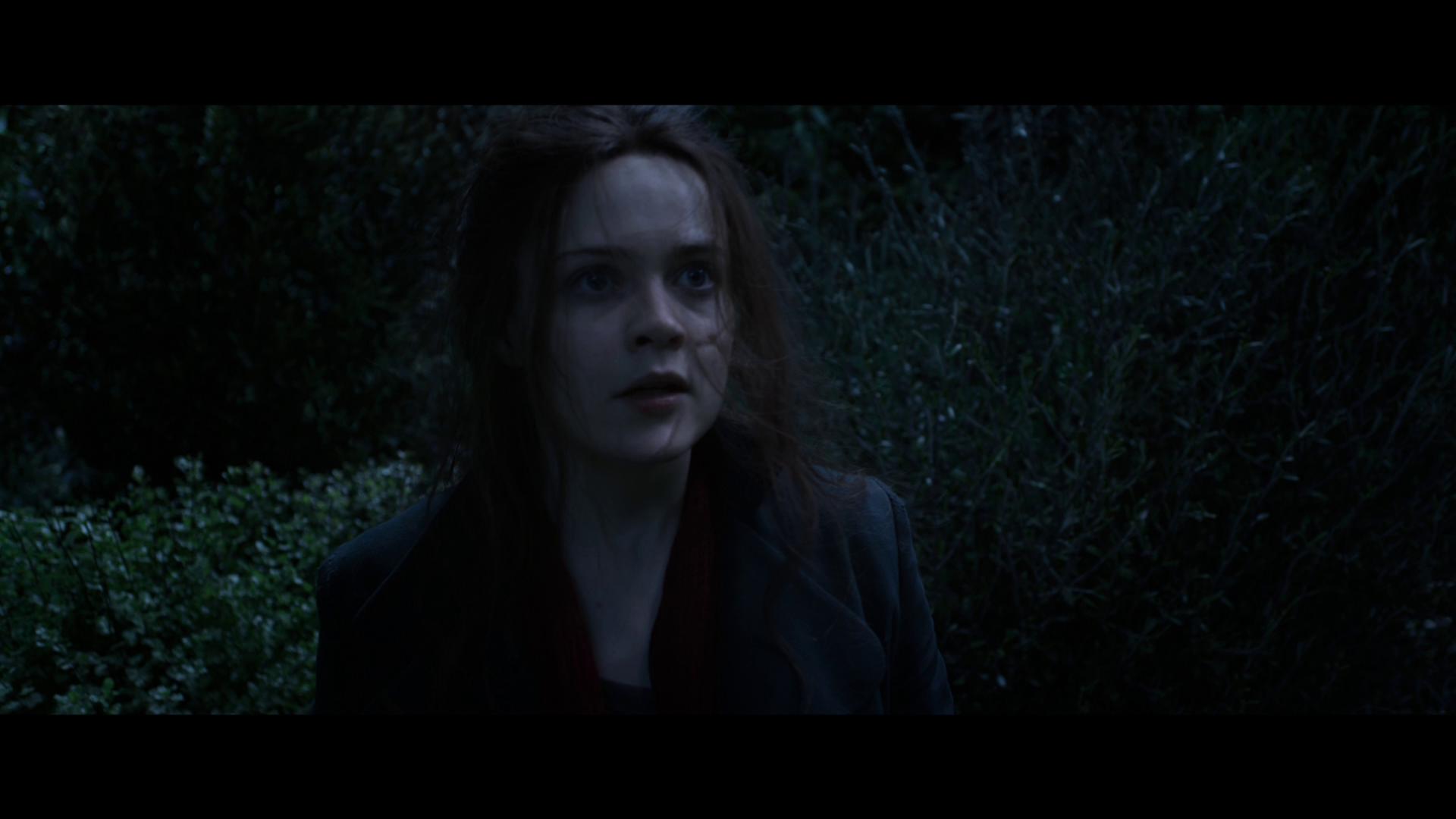 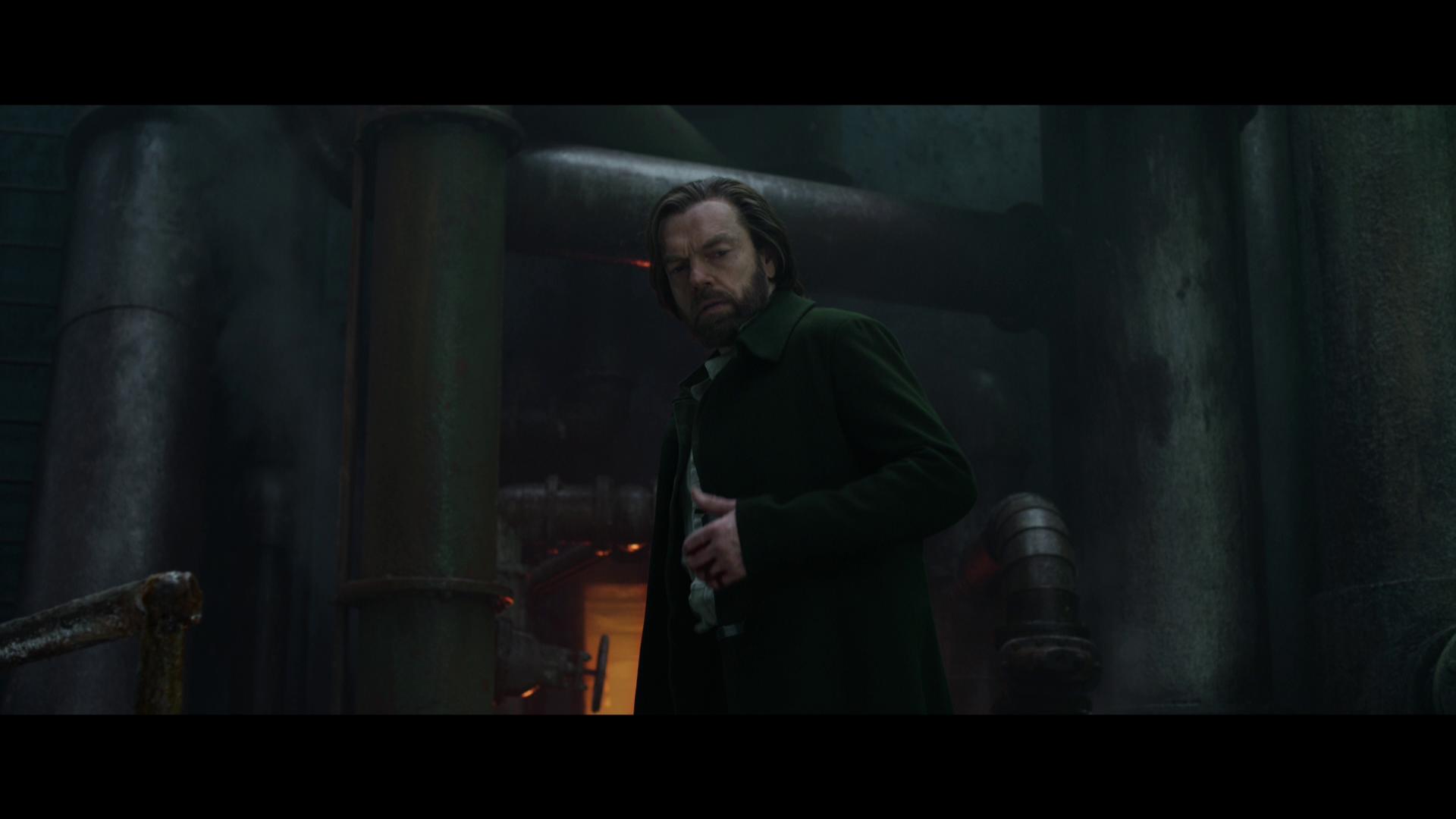 Overall, Mortal Engines took a bit of work to find interesting; but upon that second viewing my wife and I found the movie to be much more enjoyable than we did after our first.  The visual and audio presentation of the 4K UHD release were spectacular, despite the lack of power behind the machinery within the audio track.  Special features were decent enough, but really didn’t offer much to stand out for the release.  If you’re considering this release for your collection, I’d definitely recommend picking up the 4K copy. Mortal Engines is available on 4K UHD, Blu-ray and DVD today.` 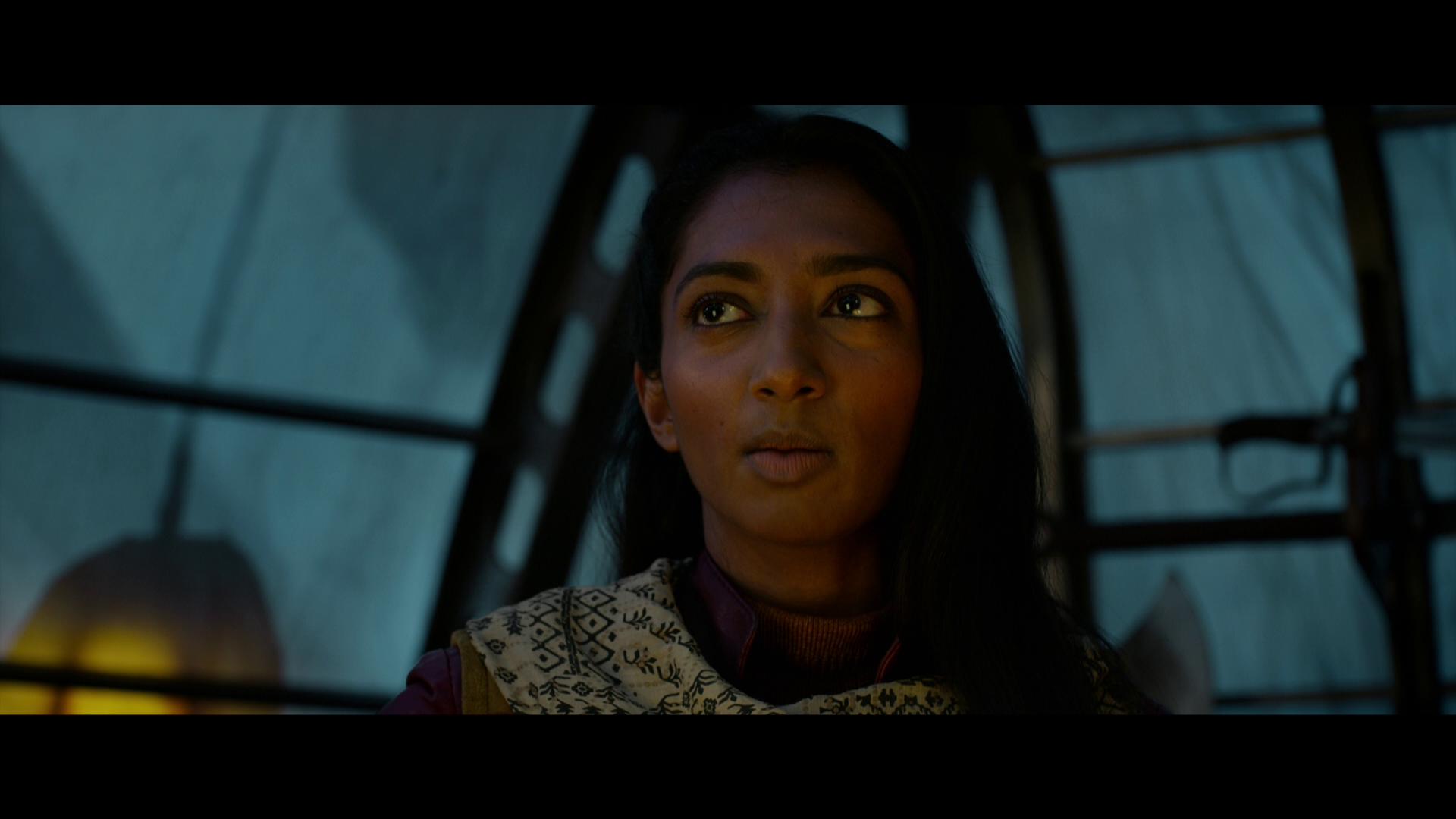