Molly is a 2017 Dutch Action, Science Fiction, Thriller Film that was co-directed by Colinda Bongers and Thijs Meuwese. Featuring Julia Batelaan in her feature film debut as the titular character Molly, the latest addition to the pantheon of teenagers that are standing between evil and the end of the world.

Molly tells us the tale of one young woman’s determined struggle to survive in an inhospitable world. Taking place in a barren landscape that’s been ravished by war, the super-powered young woman roams the violent post-apocalyptic landscape, armed with only a bow and arrow, to confront the dangers that surround her. When a sadistic ringmaster who runs an underground fight club hears of her supernatural abilities, he sends his sociopathic marauders to try and capture her and make her the star attraction of his cage fights.

Making its premiere at the Imagine Film Festival, Molly received a lot of positive feedback from critics. Screen Anarchy raved about the film, noting that “like with Turbo Kid two years ago, ingenuity is the name of the game here.” 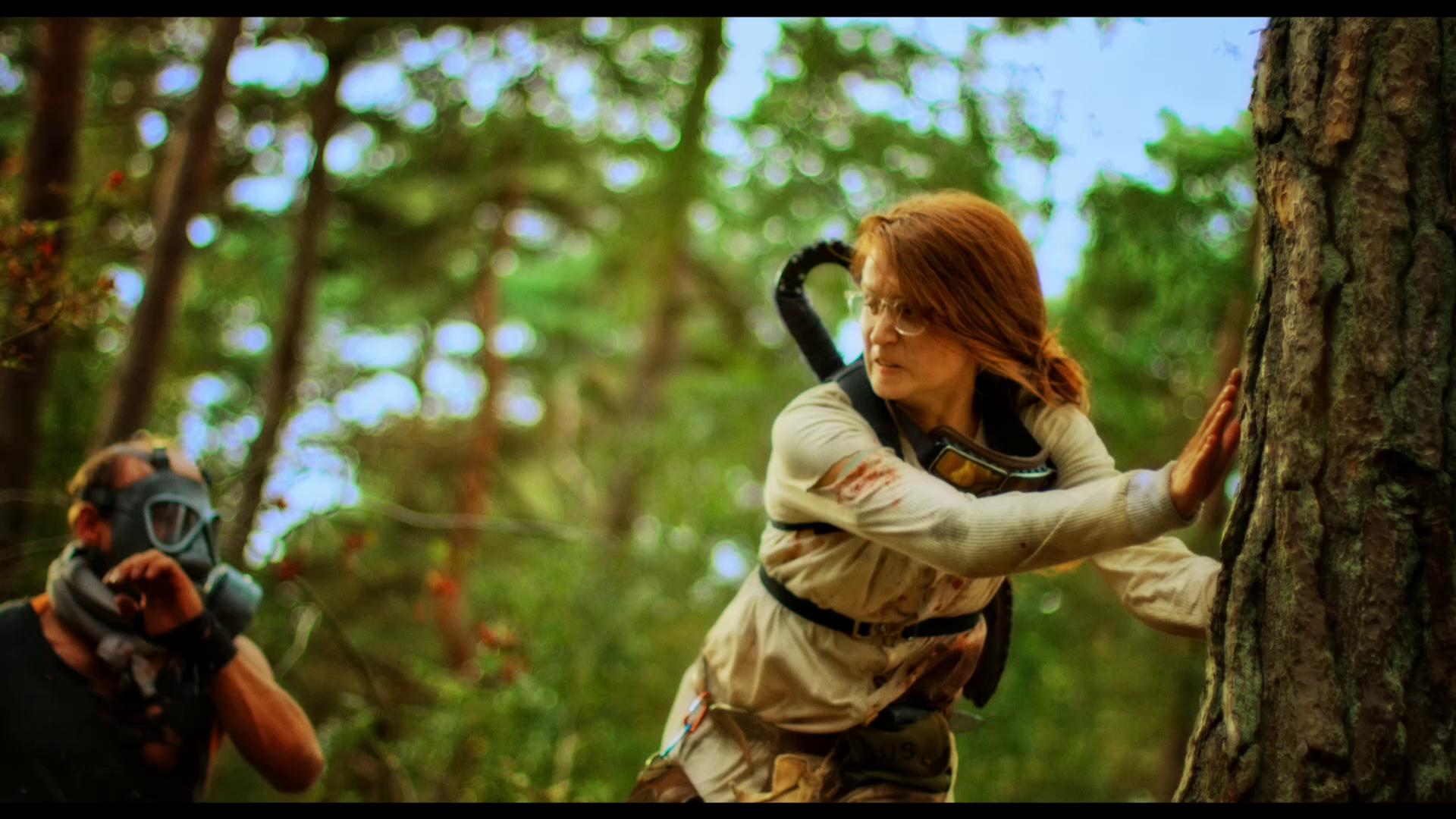 Molly is a movie that feels similar to those of the “Mad Max” film franchise, especially with its visuals and road warrior-esque scenery; but mixed with various elements of supernatural powers. The story, starts out a little bit slow as they work to build the foundation and critical moments of the plot-line, starts off with some really bodacious action sequences that do a phenomenal job at keeping you on the edge of your seat. However, when you get to the final half-hour of the movie, you’ll understand the reasoning behind the fact that this movie goes into a shot mode that’s absolutely insane, off-the-rails, batshit crazy that will simply leave you in awe. 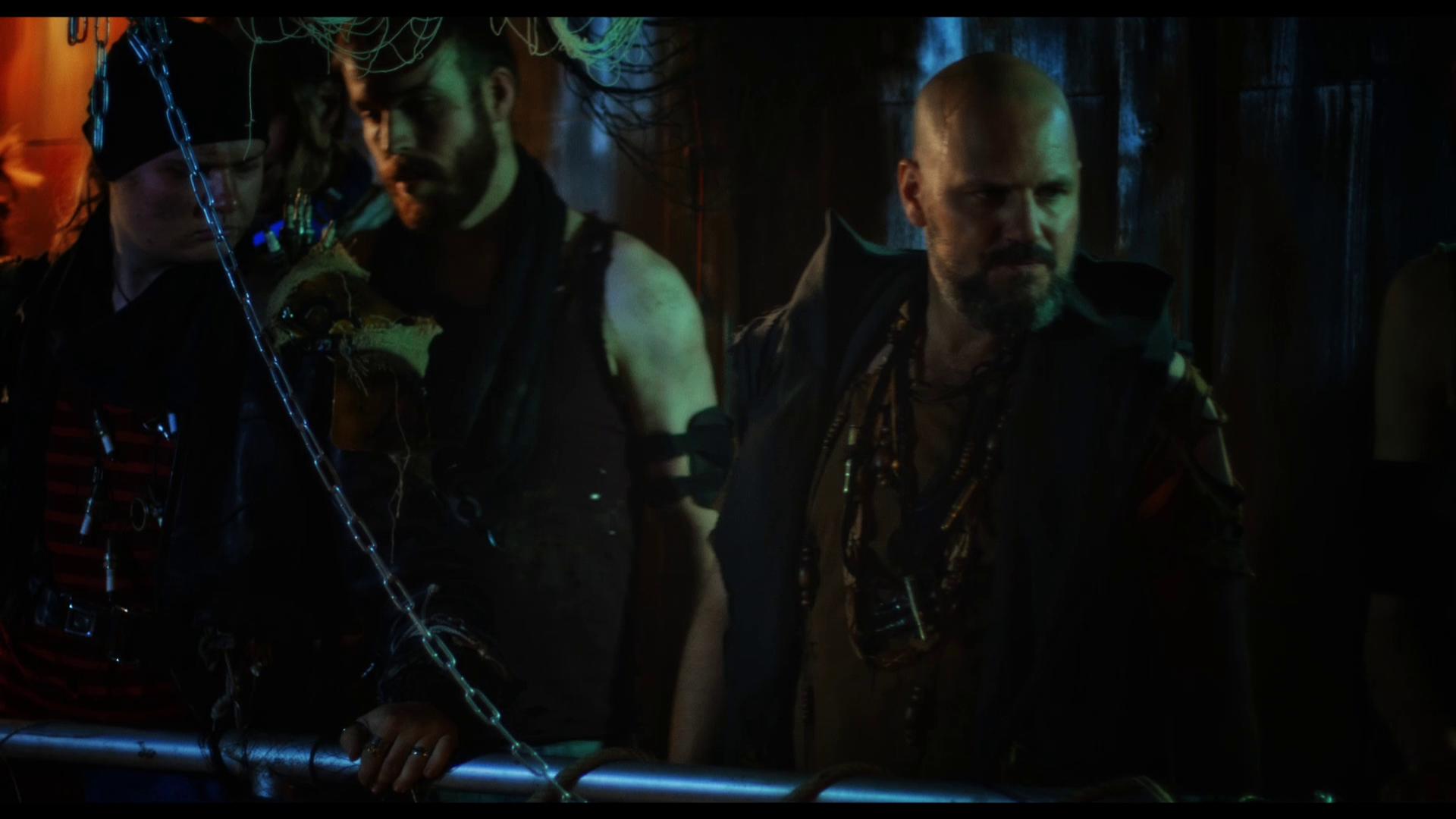 Presented in 1080p, Molly looked absolutely phenomenal as it played out on my living room television.  Sure, it takes place in a vast, remote environment.  However, the vivid color palette that is featured, coupled with the comic book styled visuals really made this release shine.  The special effects that were used for the supernatural elements blended in really well with the more natural elements, allowing for them to feel although they were real, and the various camera shots that circled around the action sequences not only offered an angle that ensured that everything was seen without any kind of distortion, but offered a very unique perspective to them that really made them stand out with this movie. 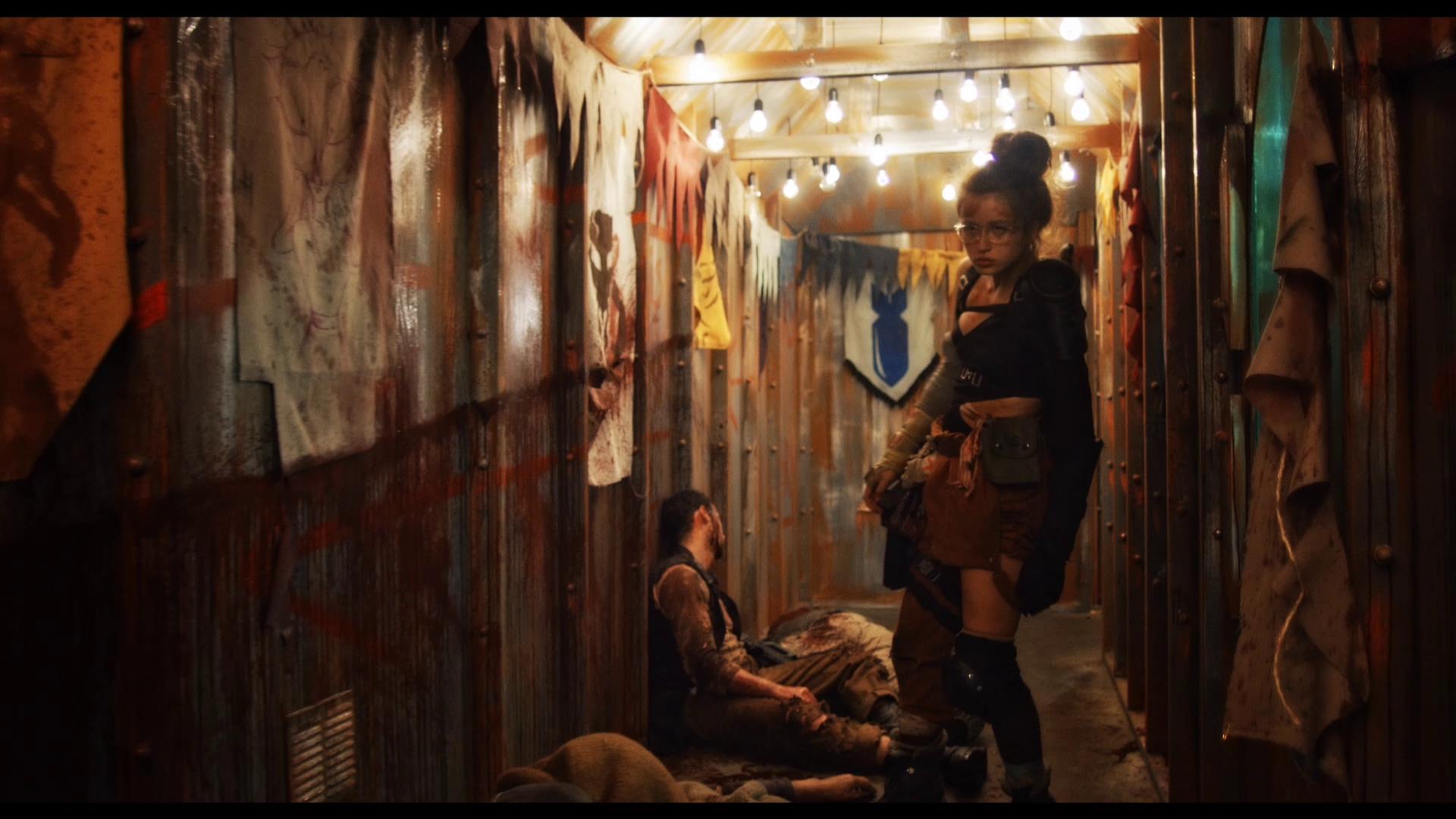 Packaged with a DTS-HD Master Audio 5.1 mix, Molly tries its hardest to offer an absolutely all out immersive experience for its viewers.  While it isn’t making use of the surround channels, the insane amount of raw power that comes through the channels that are used is enough to grab your attention right from the beginning and hold onto it through until the very end.  The impacts that are made during the fight scenes are emphasized enough to give you that “wow” factor.  Dialogue is spoken cleanly, and allows for everyone to be heard and understood without having to manually adjust the volume as it progresses. 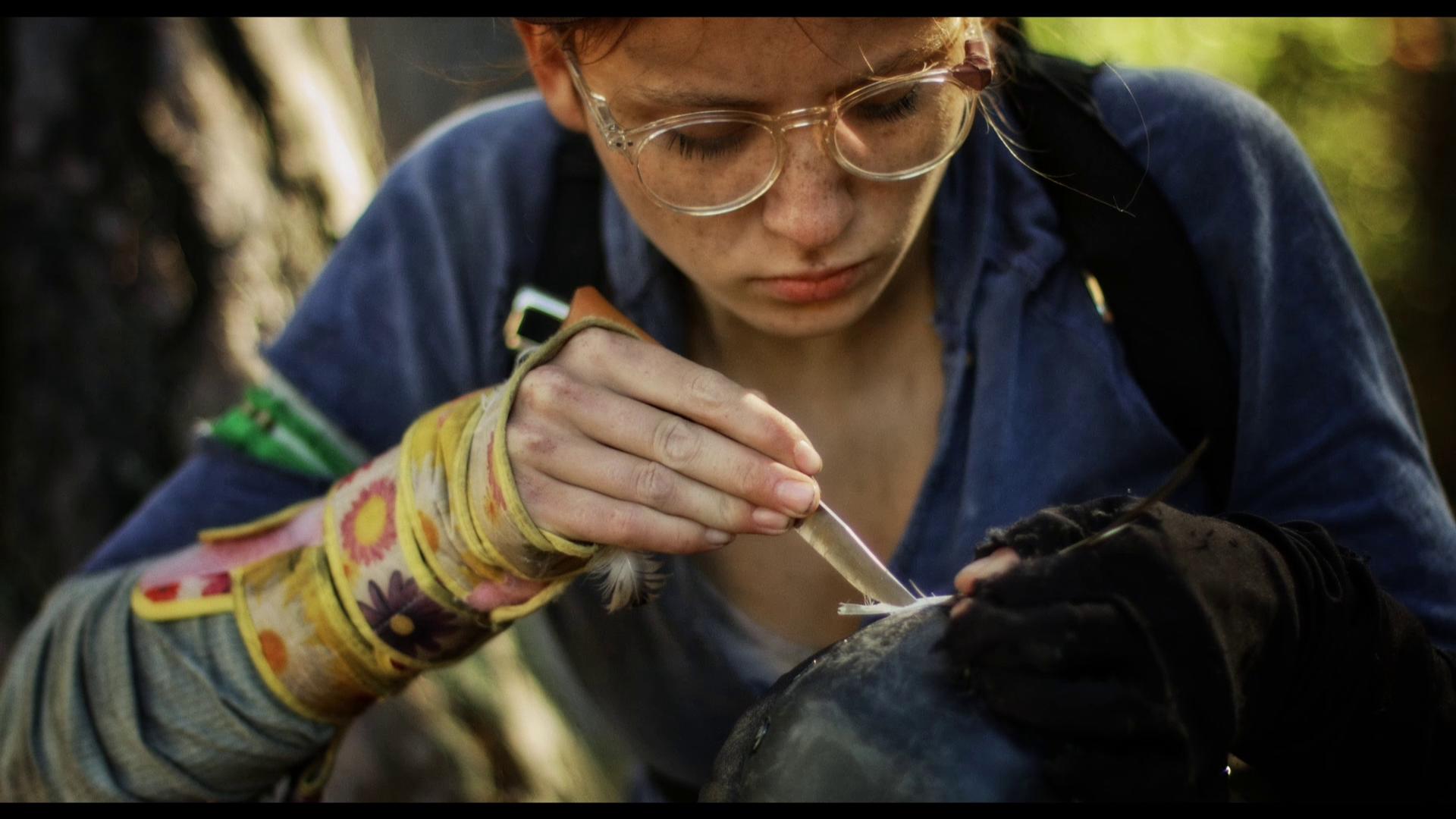 The Blu-ray release of Molly comes packaged in your standard single-disc Blu-ray amaray case.  Within that case is the standard Blu-ray copy of the movie, the disc featuring the same piece of artwork that’s been provided on the case.  There are no DVD copies included with this release; and unfortunately, there are no digital copy redemption pamphlets.  There are also no slipcovers available for this release. 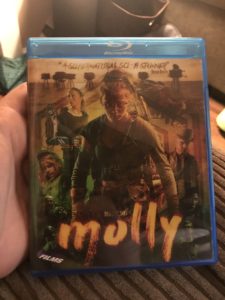 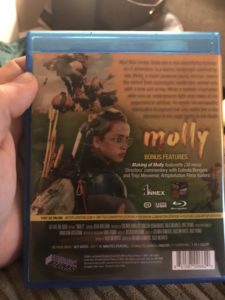 There are a handful of special features that have been included on the Blu-ray release of Molly.  Not only offering a really nice look at some of the behind the scenes work that went into making this movie; but the optional audio commentary allows the two directors to share their experiences and thoughts that crossed their minds during the production phases as if you were sitting right there talking to them about the movie.  I do wish there had been a little bit more content-wise; however, the features that were included were exceptionally done and should be visited by anyone who picks this release up. 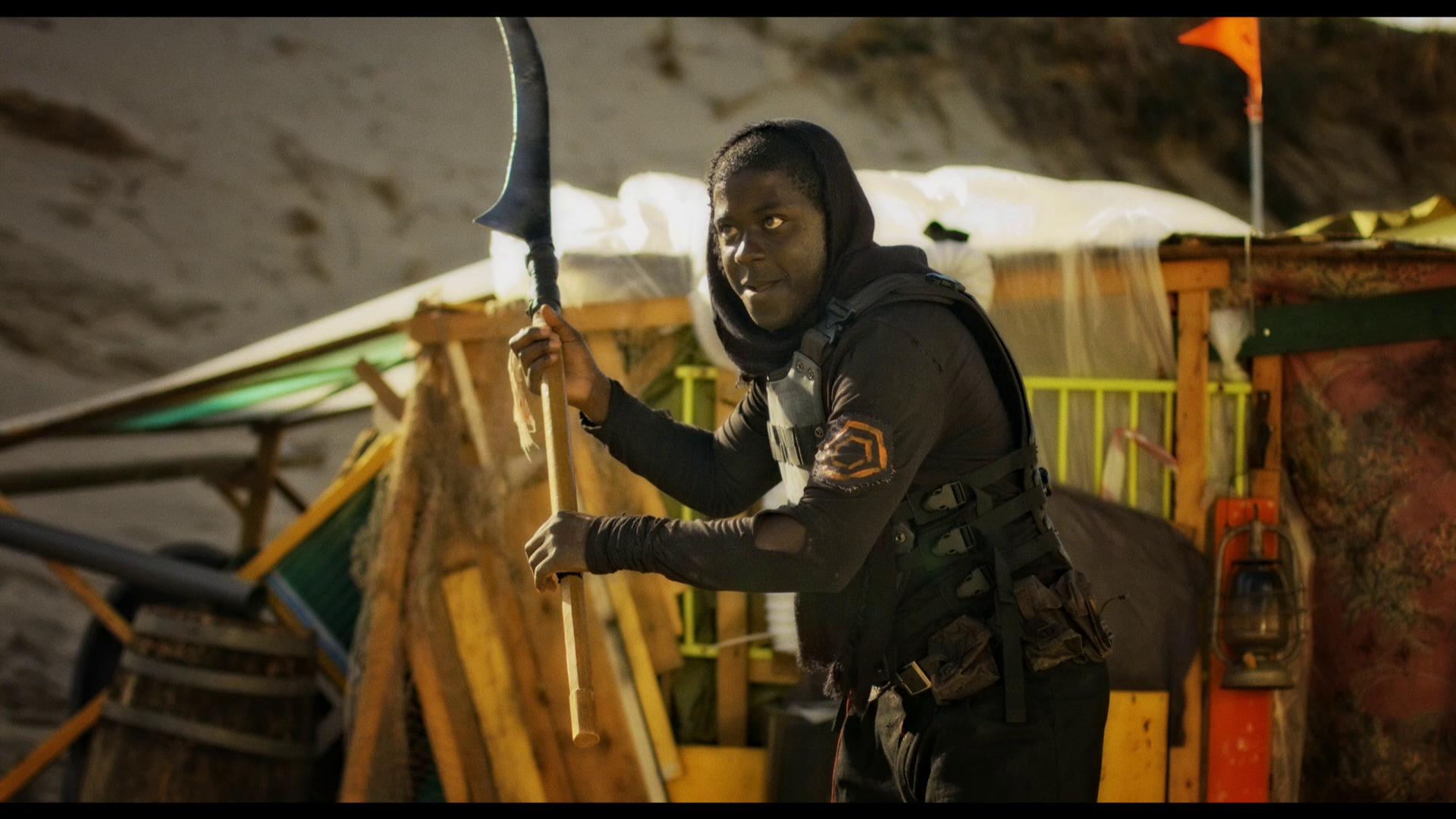 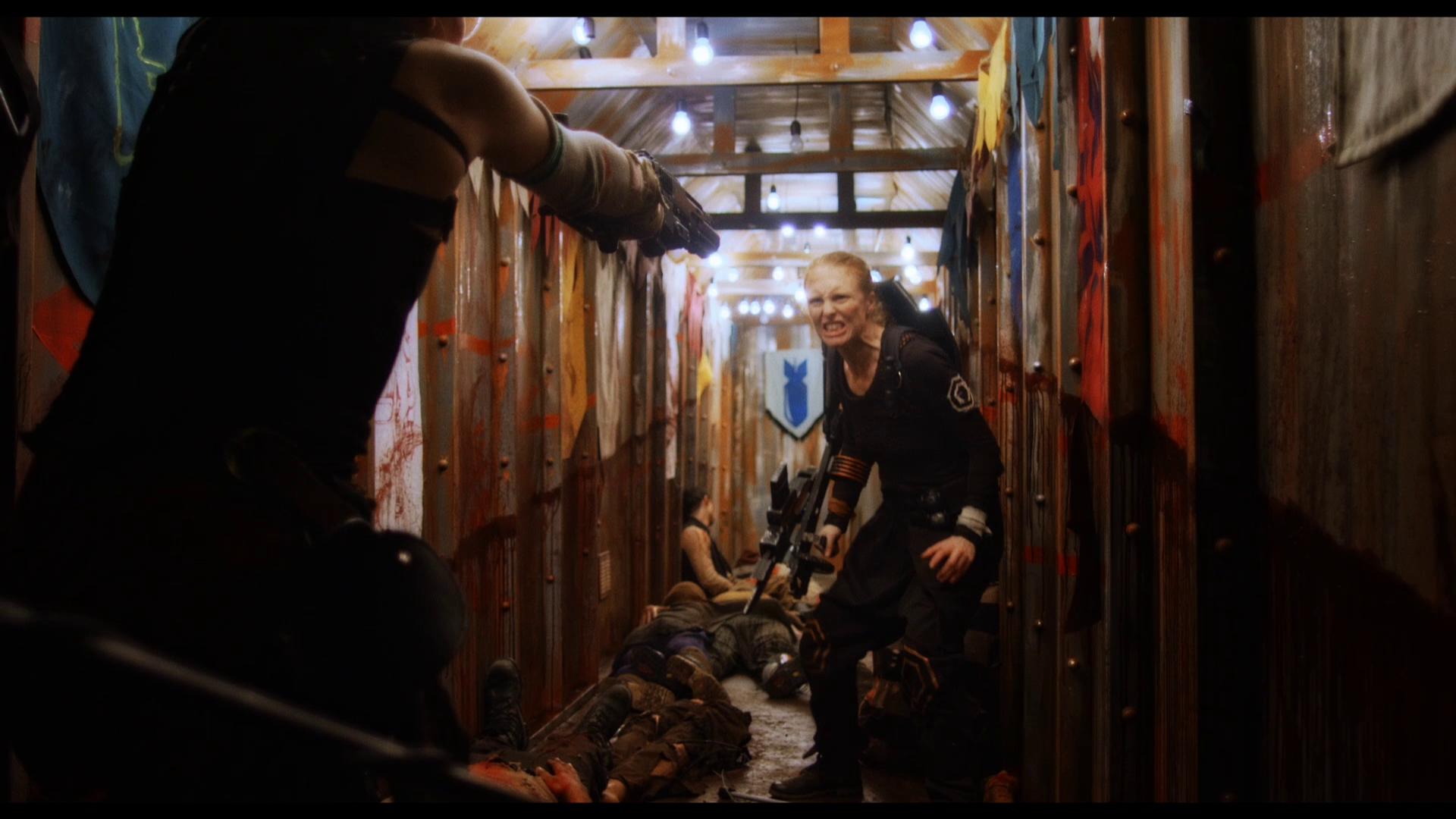 I was genuinely surprised by Molly.  I went into thinking it was going to be just like the many b-movies that I’ve got in my collection; and truth be told, after a rough day at work, I was more ready to come home and go to bed.  The story, while it does feel a little dull at the beginning, picks up its pace really fast, and goes absolutely batshit crazy once the story arc has been reached.  The visual and audio presentation of this release were really well executed, offering an experience that’s definitely one for the books, despite its lack of surround elements in the audio track.  The special features on this release, while they are very well done, and are very detailed, I do feel that there could have been just a tad more included.  But, with that, I’m not complaining one bit about the content that has been provided as they are some of the better features that I’ve seen on a release.  If you’re considering this release for your collection, I would absolutely recommend picking it up.  Molly will be available on Blu-ray and DVD beginning on October 2. 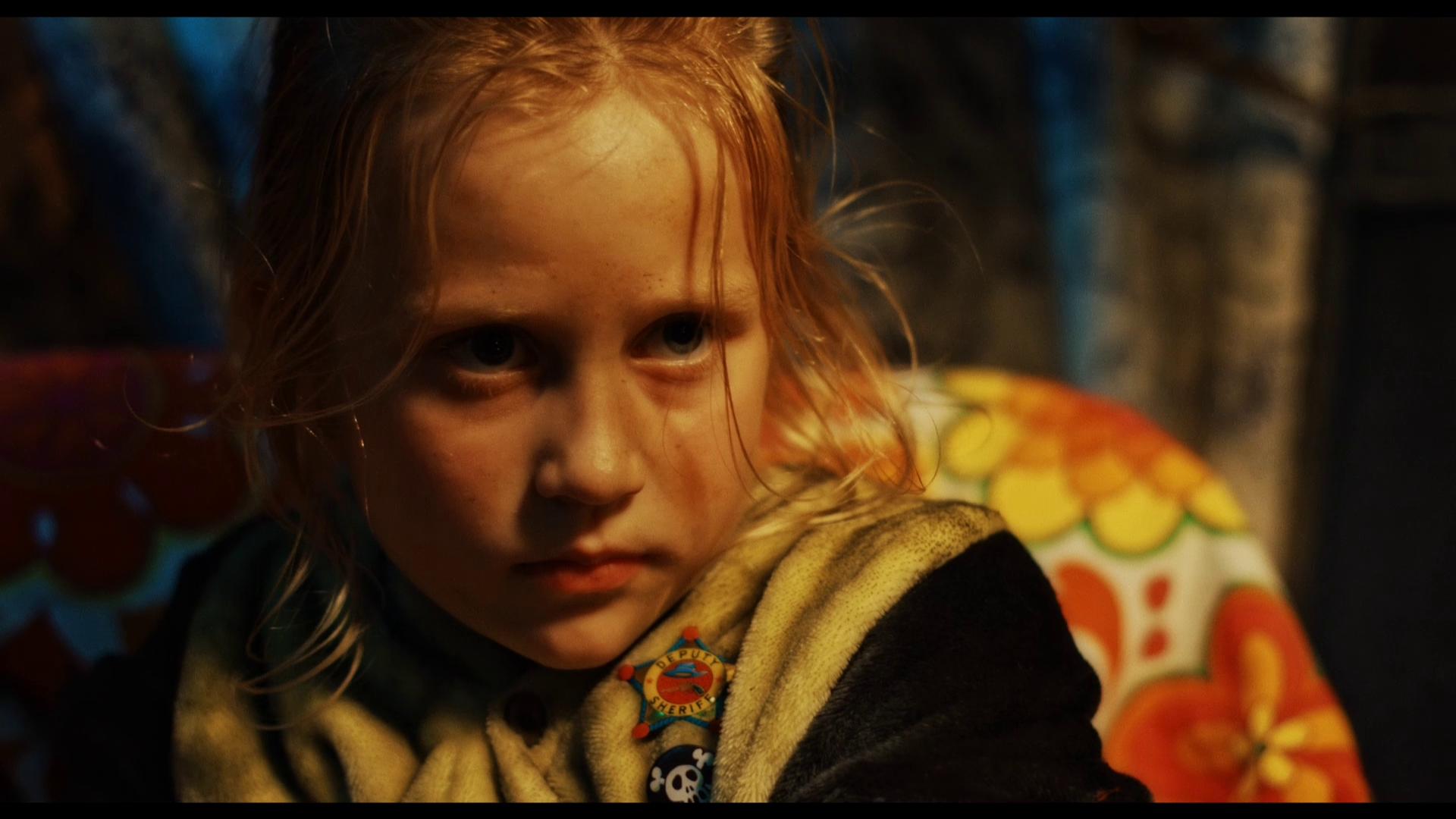