Mobile Suit Zega Gundam is a 1985 Japanese television anime series and is the second installment in the Gundam franchise. This series serves as a sequel to the original Mobile Suit Gundam. The show was created and directed by Yoshiyuki Tomino, with the character designs done by Yoshikazu Yasuhiko, while the series’ mechanical designs were split among Kunio Okawara, Mamoru Nagano, and Kazumi Fujita. Originally airing on the Nagoya Broadcasting Network, and it’s sister ANN stations between 1985 and 1986. Between 2005 and 2006, the series was reproduced and compiled into a movie trilogy titled Mobile Suit Zeta Gundam: A New Translation.  Still directed by Tomino, it involved several changes in the original storyline.

The story is told from the vantage point of Kamille Bidan, a civilian teenager and amateur mobile suit pilot whose parents are engineers working for the Earth Federation and the Titans. While traveling to the Green Nova colony to meet his parents, Kamille is insulted by and strikes a Titan officer named Jerid Messa. Following an AEUG attack that was led by Quattro Bajeerna on the colony to capture a trio of Gundam MK-II mobile suits undergoing field tests, Kamille takes the opportunity to steal Messa’s MK-II to repel the attack and follows Quattro back to the AEUG mother ship. The titans, now under the order of Bask Om, take Kamille’s parents in an attempt to force the return of the stolen Gundam MK-II’s. 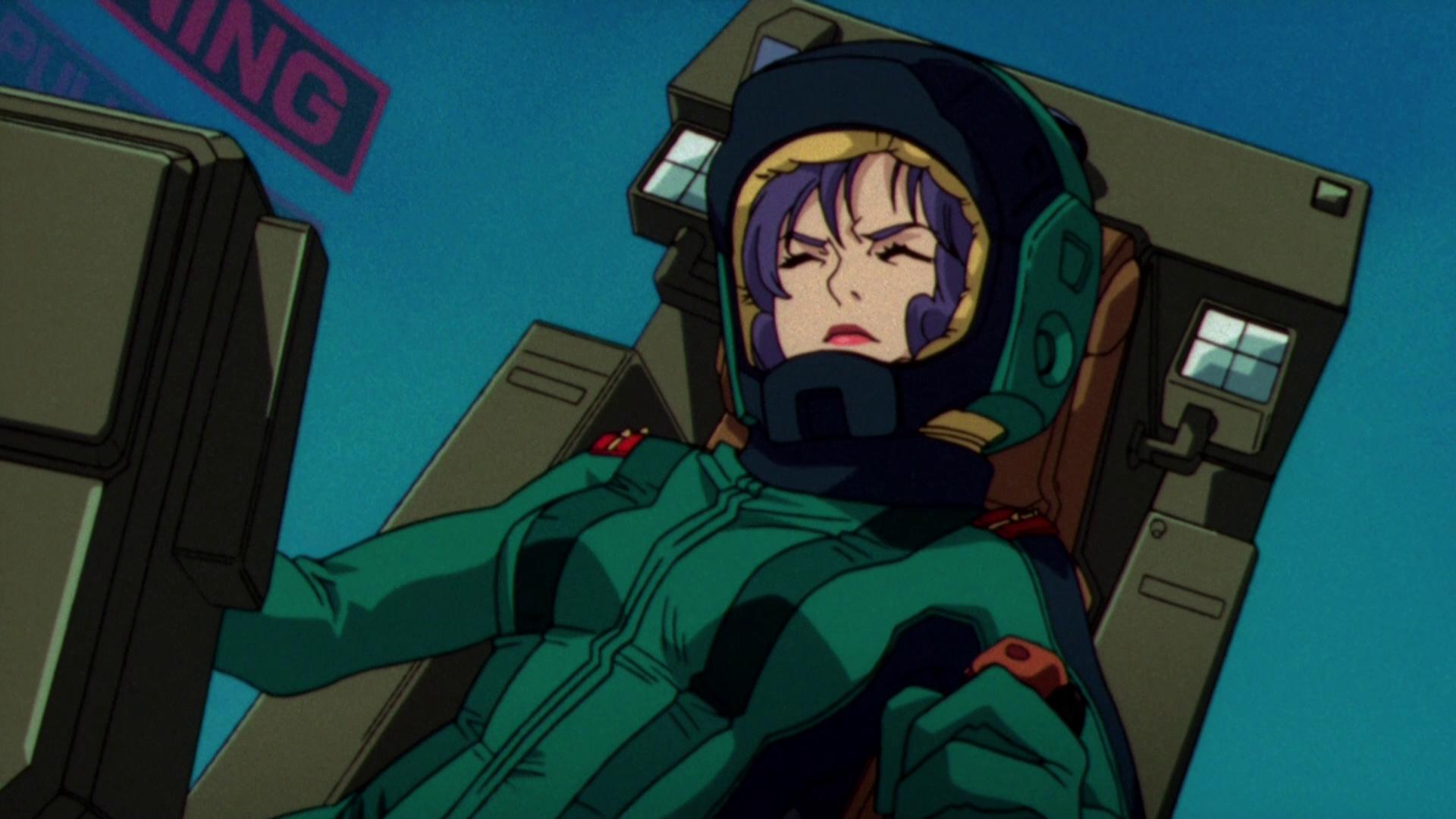 After watching through Mobile Suit Zeta Gundam: A New Translation, I couldn’t help but feel a little solidified as I’ve had the opportunity to take a look into where the series had gone since the ending of the initial series.  While I didn’t quite enjoy this particular continuation, the story that we are given is really well done and maintained throughout.  There’s your expected amount of action and drama just as what was had with the earlier series.  However, I couldn’t help but feel as if there could have been a better movement in the advancement in the series and that the crew behind it didn’t use this opportunity to its fullest potential. 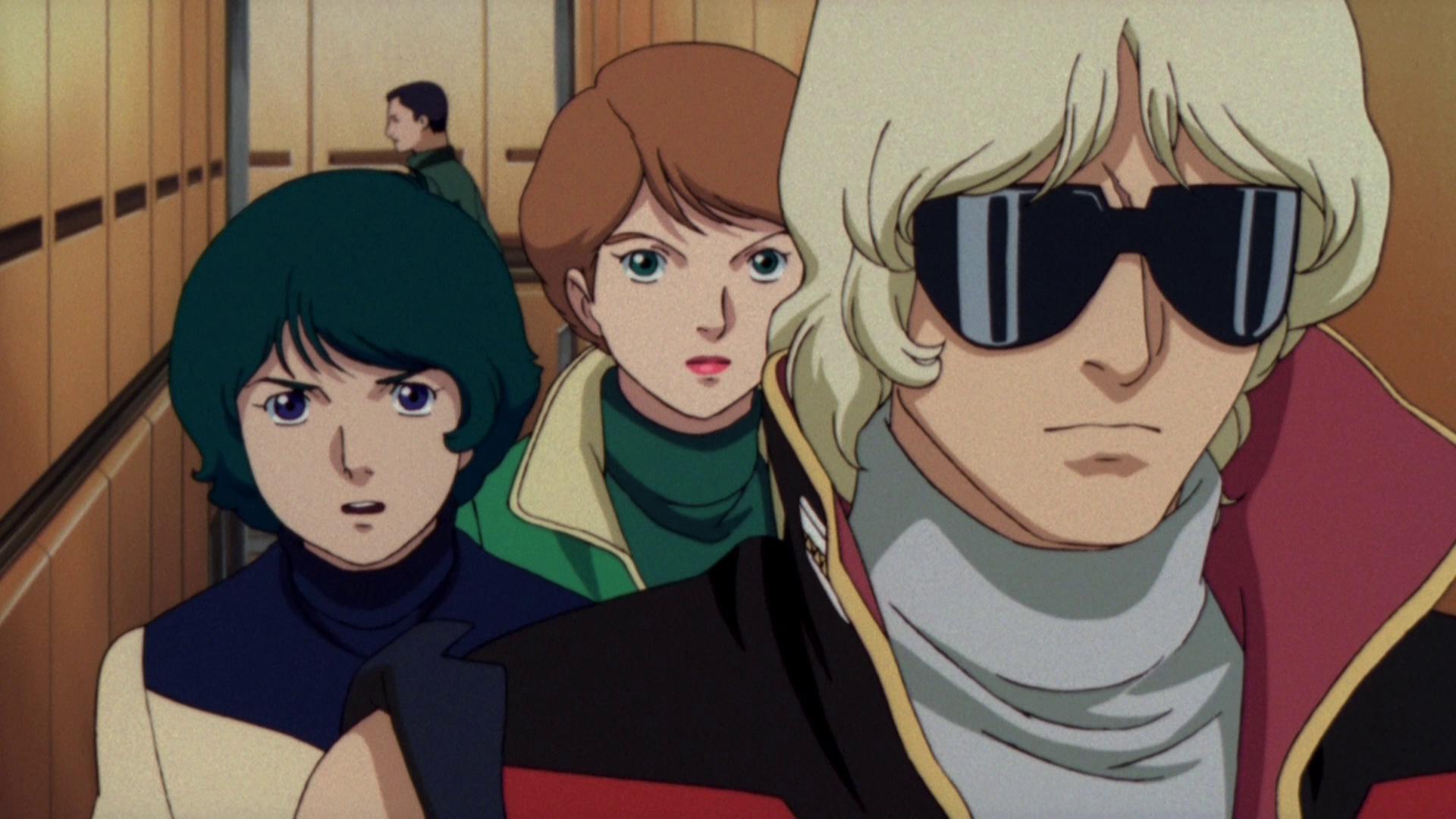 As one would expect with the Blu-ray release of Mobile Suit Zeta Gundam: A New Translation, the picture quality was simply beyond words.  Presenting an extremely vast and colorful palette, it does a fantastic job at offering a clear view into the story that’s being told.  The visual presentation that we are given is simply amazing, and falls right up there with the earlier Mobile Suit Gundam Blu-ray releases; and it really did a great job at allowing my wife and I to appreciate the work that went into the restoration of this release. 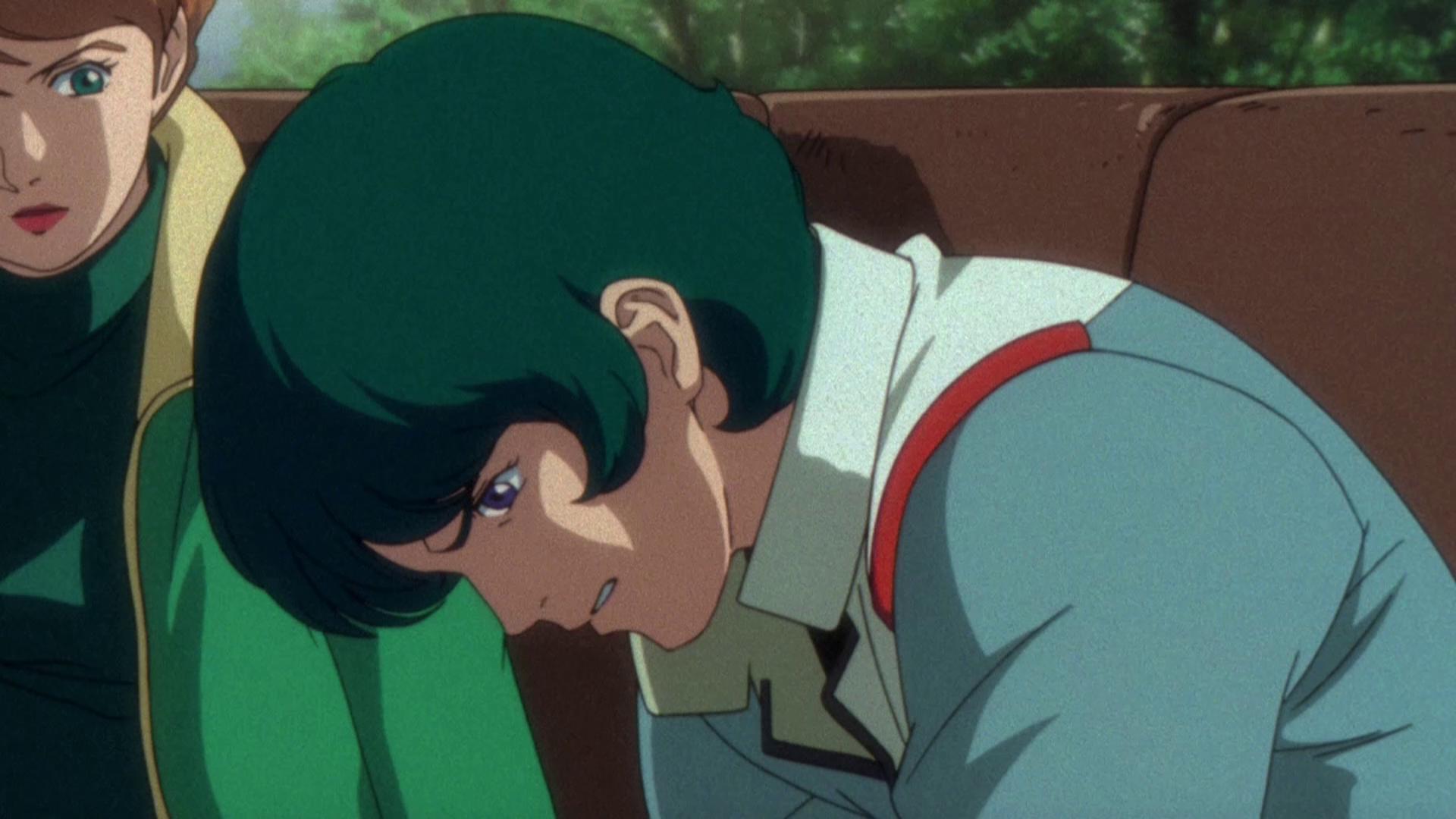 Packaged with an LPCM audio track, Mobile Suit Zeta Gundam: A New Translation sounded considerably crystal clear as it played out through my home theater system.  The only issue I had with this release is that it didn’t include an optional English audio track; so, with that taken into consideration, I can only hope that the translation that was used for the English subtitles was correct.  Not being able to understand the Japanese language does cause for some issues in having an immersive experience with a release like this.  However, despite the fact that it is only available with Japanese audio, it was clean and clear, and the ambient sounds as they played through the surround speakers allowed for some slight immersion into the story.

Mobile Suit Zeta Gundam: A New Translation comes packaged in your standard three-disc Blu-ray amaray case.  Contained within the case are the three Blu-ray discs that make up this release.  Each disc does feature a different piece of artwork that is relative to the series.  There is no DVD copy of the series, nor are there any digital copy redemption pamphlets.  There is no slipcover available with this release either. 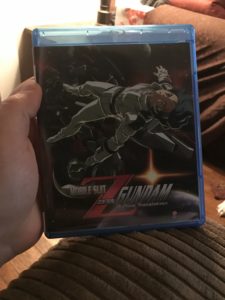 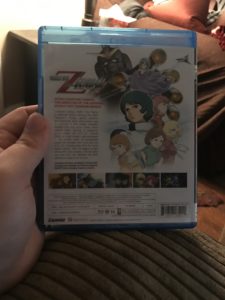 There really isn’t anything in terms of special features on the Blu-ray release of Mobile Suit Zeta Gundam: A New Translation.  There are theatrical trailers that have been included; however, there isn’t anything that allows for further exploration into the series or any of the work that had gone into making this release available on Blu-ray. 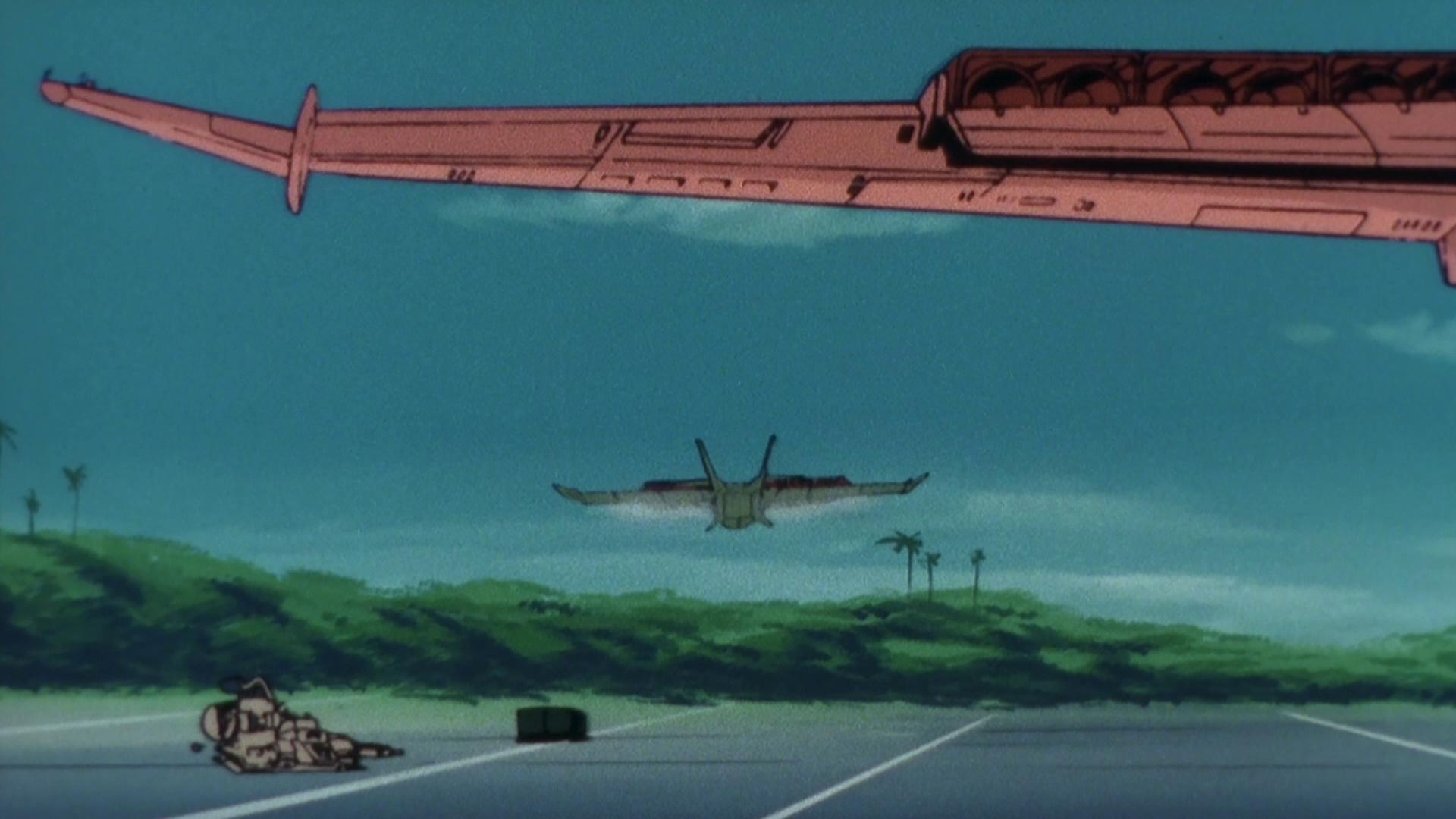 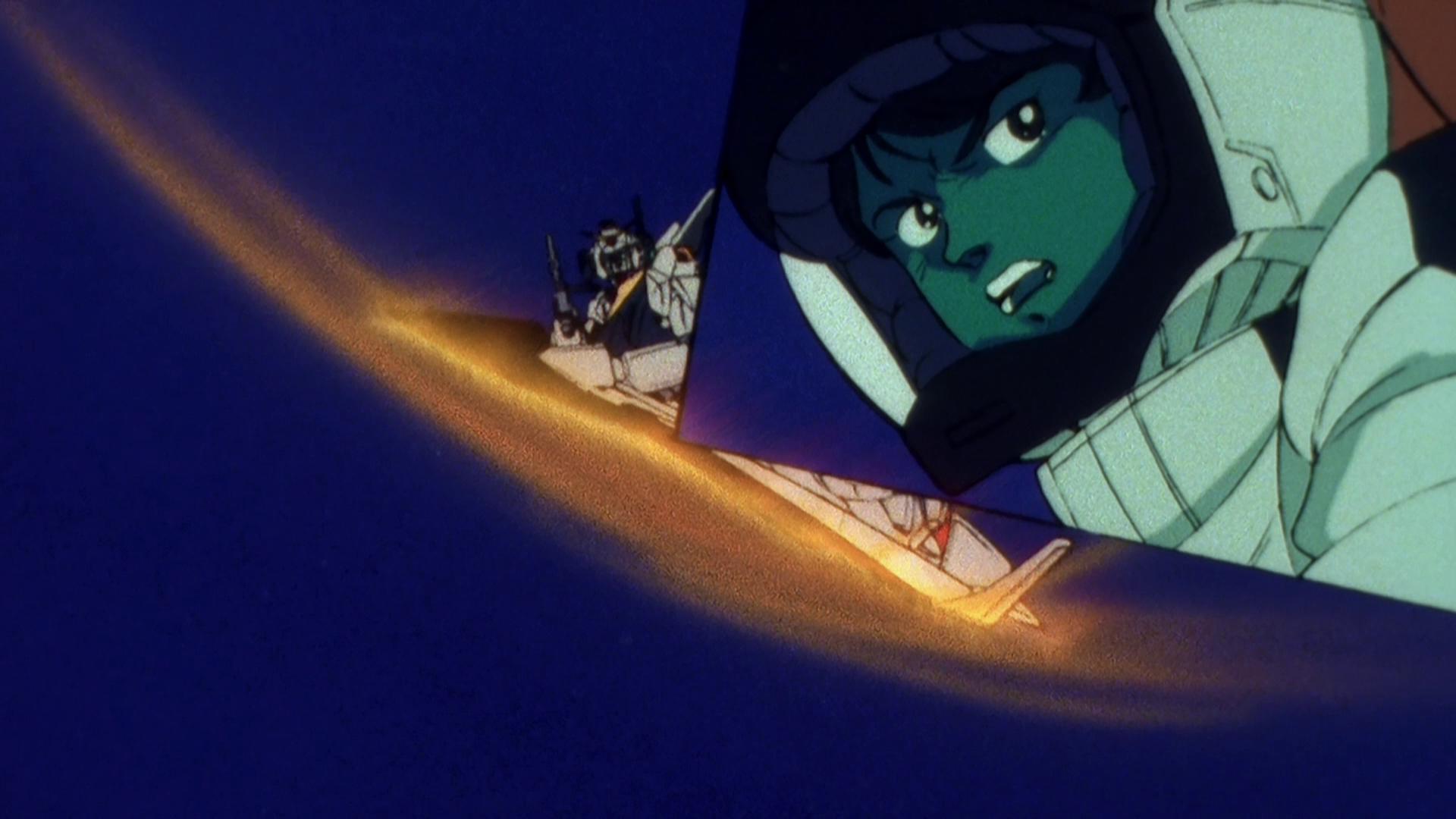 Overall, having the opportunity to watch through Mobile Suit Zeta Gundam: A New Translation was a decent experience.  It allowed me to explore beyond the original series; however, I wasn’t too favorable of the story that was given as (without getting into the realm of spoilers), there was definitely room for more.  The story that we are given is decent, and is very well maintained throughout.  The visual and audible experience of this particular Blu-ray release was crystal clear.  However, I feel that the lack of an optional English deterred from the overall experience that could have been had.  If you’re a fan of the Mobile Suit: Gundam series, then I’d highly recommend picking this release up. 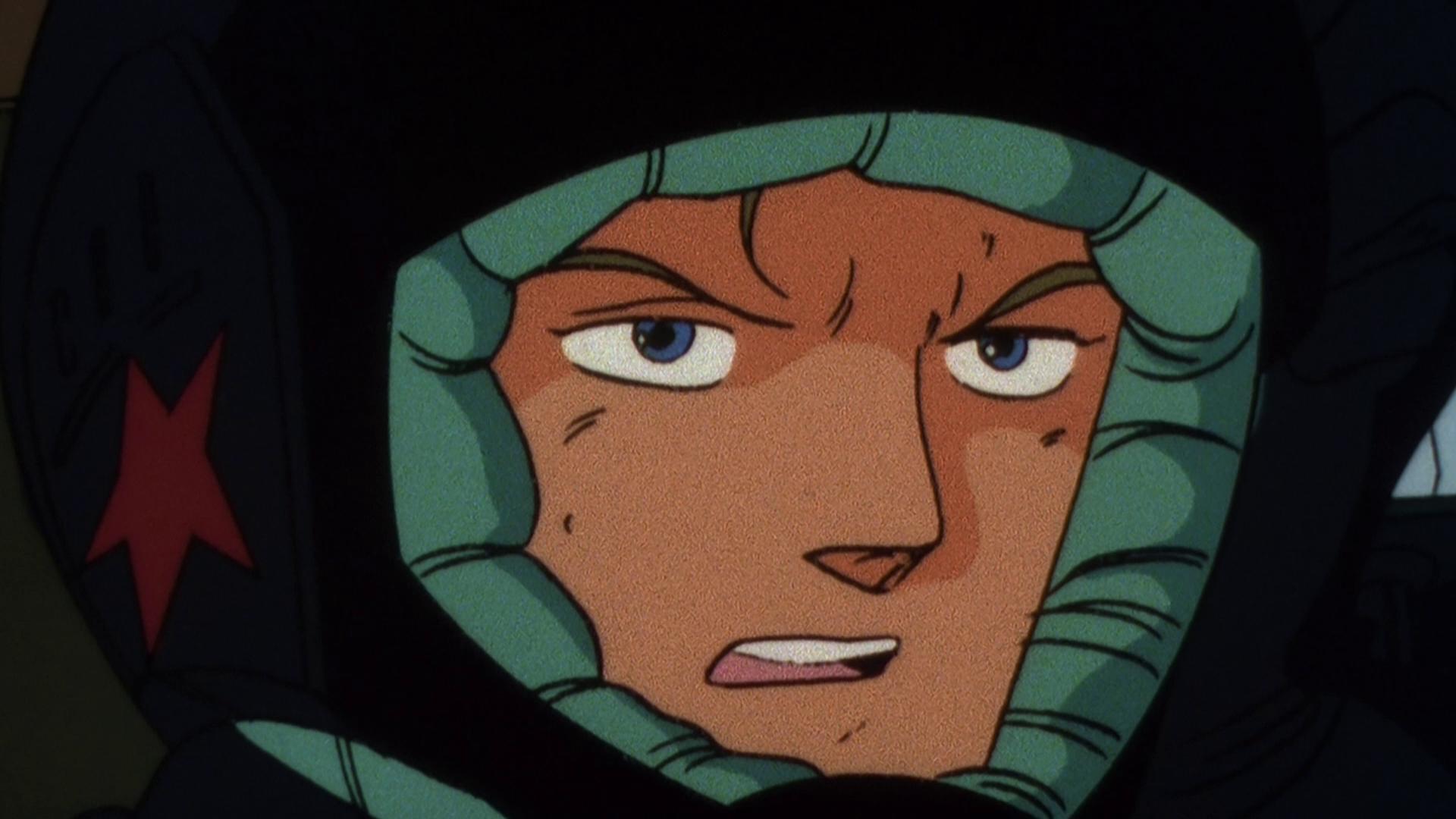