Mobile Suit Gundam Unicorn is a novel that was written by popular Japanese author Harutoshi Fukui. It takes place in Gundam’s Universal Century timeline. The character and mechanical designs were provided by Yoshikazu Yasuhiko, and Hajime Katoki, respectively.

Beginning in UC 0001, at the very beginning of human space colonization, the space station of the Federation’s Prime Minister is destroyed by an anti-federation group during a ceremony that was being hosted by the Prime Minister as he’s ushering in the new Universal Century Calendar. The main story takes place during UC 0096, sixteen years after the end of the One Year War, three years after the events of Mobile Suit Gundam: Char’s Counterattack, and 27 years before Mobile Suit Gundam F91. The story is centered around Banagher Links, a seemingly normal boy who is living and going to school in the space colonies. His life is changed one day as he meets a girl named Audrey Burne, as it results in his becoming a pilot of a new Gundam that has connections to an item that is considered to be a potential threat to the Federation’s existence called “Laplace’s Box”.

The anime adaptation was produced by Sunrise as a seven-episode original video animations series and was released between March 12, 2010 and June 6, 2014 on DVD and Blu-ray. It was directed by Kazuhiro Furuhashi. A television rebroadcast of the anime adaption titled Mobile Suit Gundam Unicorn RE:0096 began airing on April 3, 2016, replacing Brave Beats, and becoming the first Gundam series to air on TV Asahi since After War Gundam X which ended in 1996. Mobile Suit Gundam Unicorn RE:0096 made its premier on Adult Swim’s Toonami block beginning on January 7, 2017. 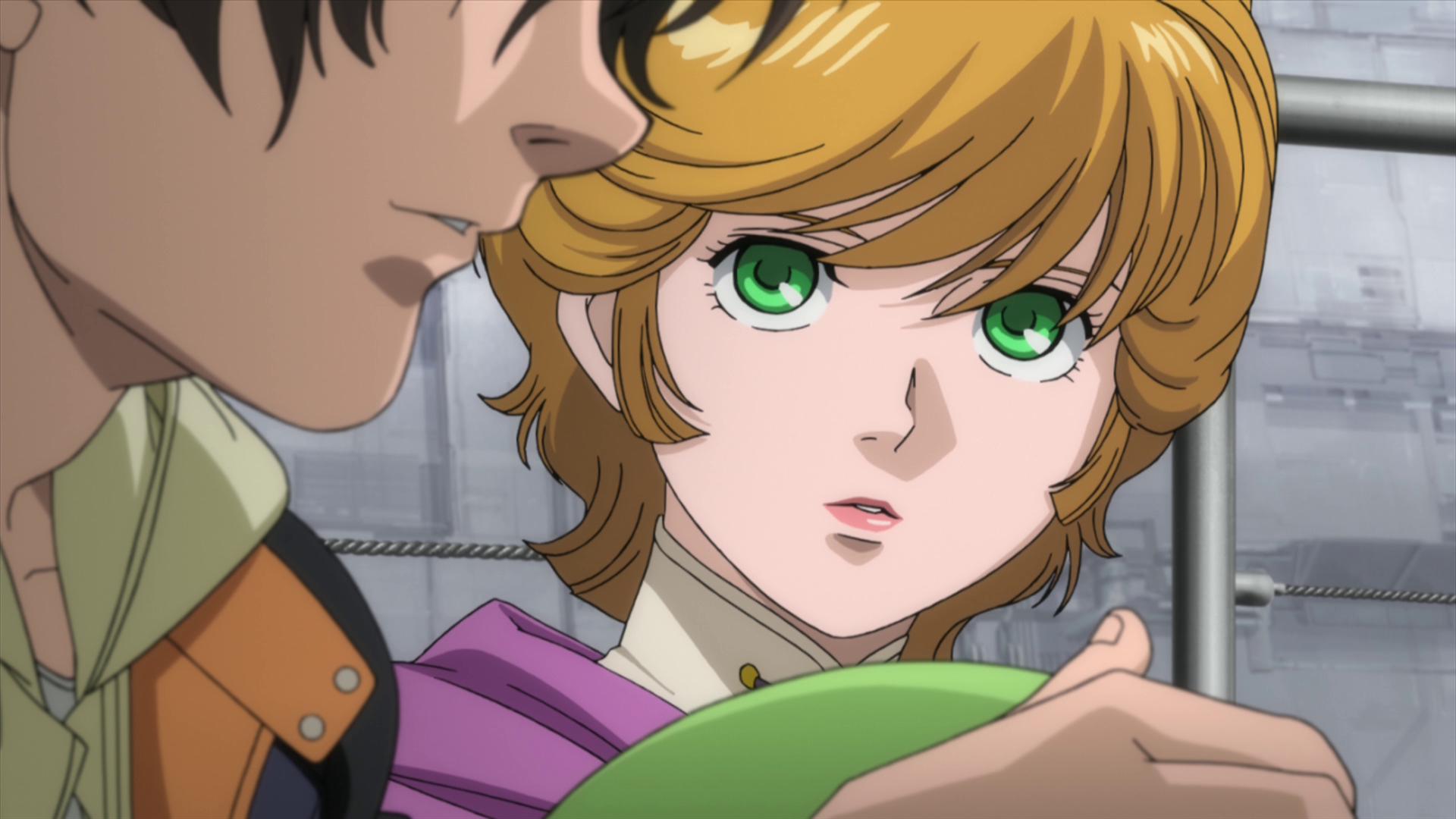 While I’m becoming more versed in the Gundam Series, I am still relatively new to it, I have found the overall experience to be much more enjoyable than I originally expected.  And, Mobile Suit Gundam UC: Unicorn is no exception.  This particular series offers yet another branch of the original story that that I normally wouldn’t have considered prior to it showing up at my doorstep.  This particular branch offers everything from action to drama, as well as some political collision as the story progresses.  Unicorn provides audiences a solid story that is very well maintained throughout and should not be missed! 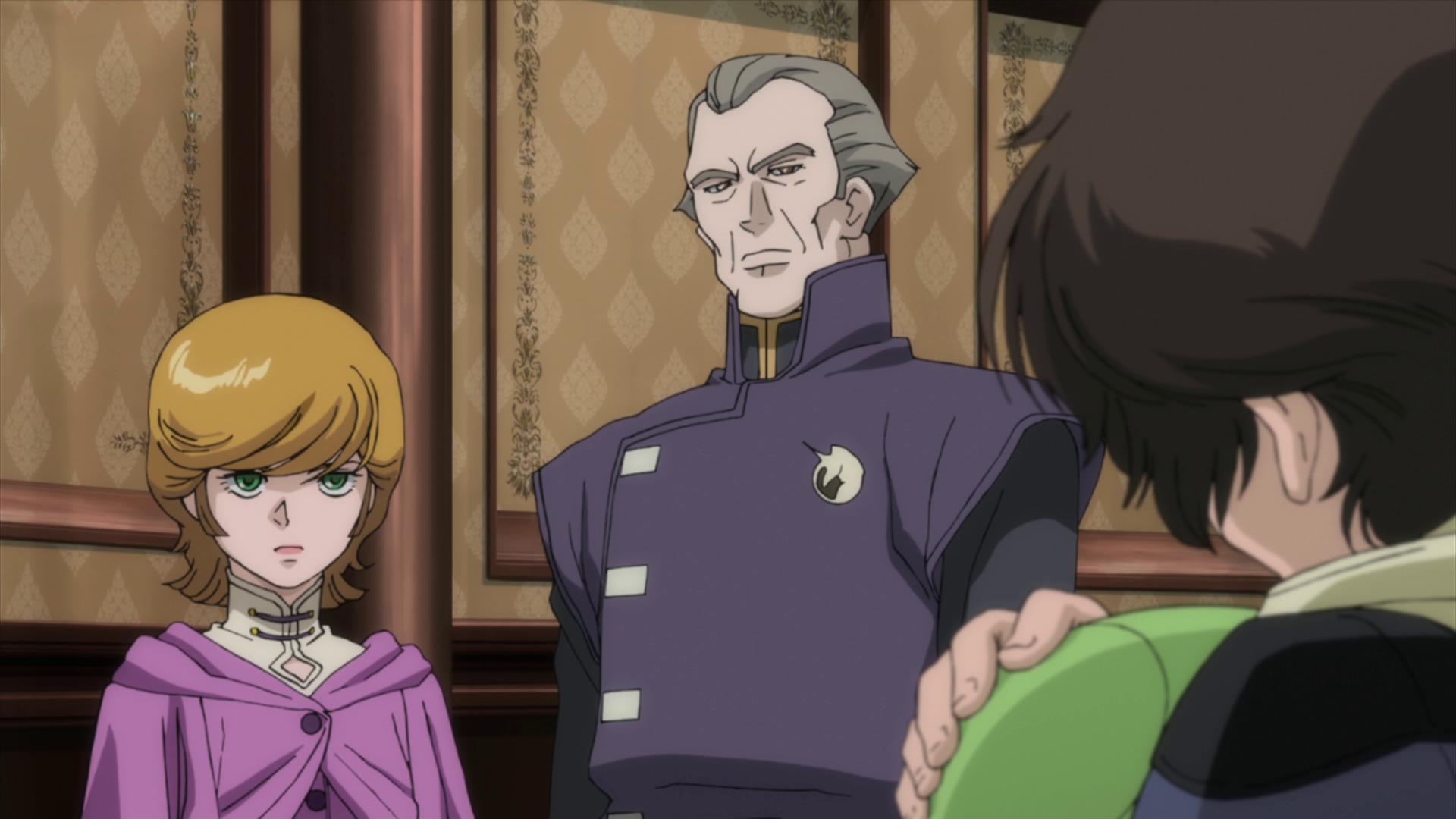 As one would expect with an animated feature presentation being presented in 1080p, Mobile Suit Gundam UC: Unicorn looked absolutely beautiful as it played out across my living room television.  Providing a sharp, clear look into this expansion of the original story that allows those who do pick this release up to truly appreciate the work that went into making these releases available on Blu-ray.  The lines and color palette that are used in this series really shine and you will truly appreciate the work that went into remastering this series. 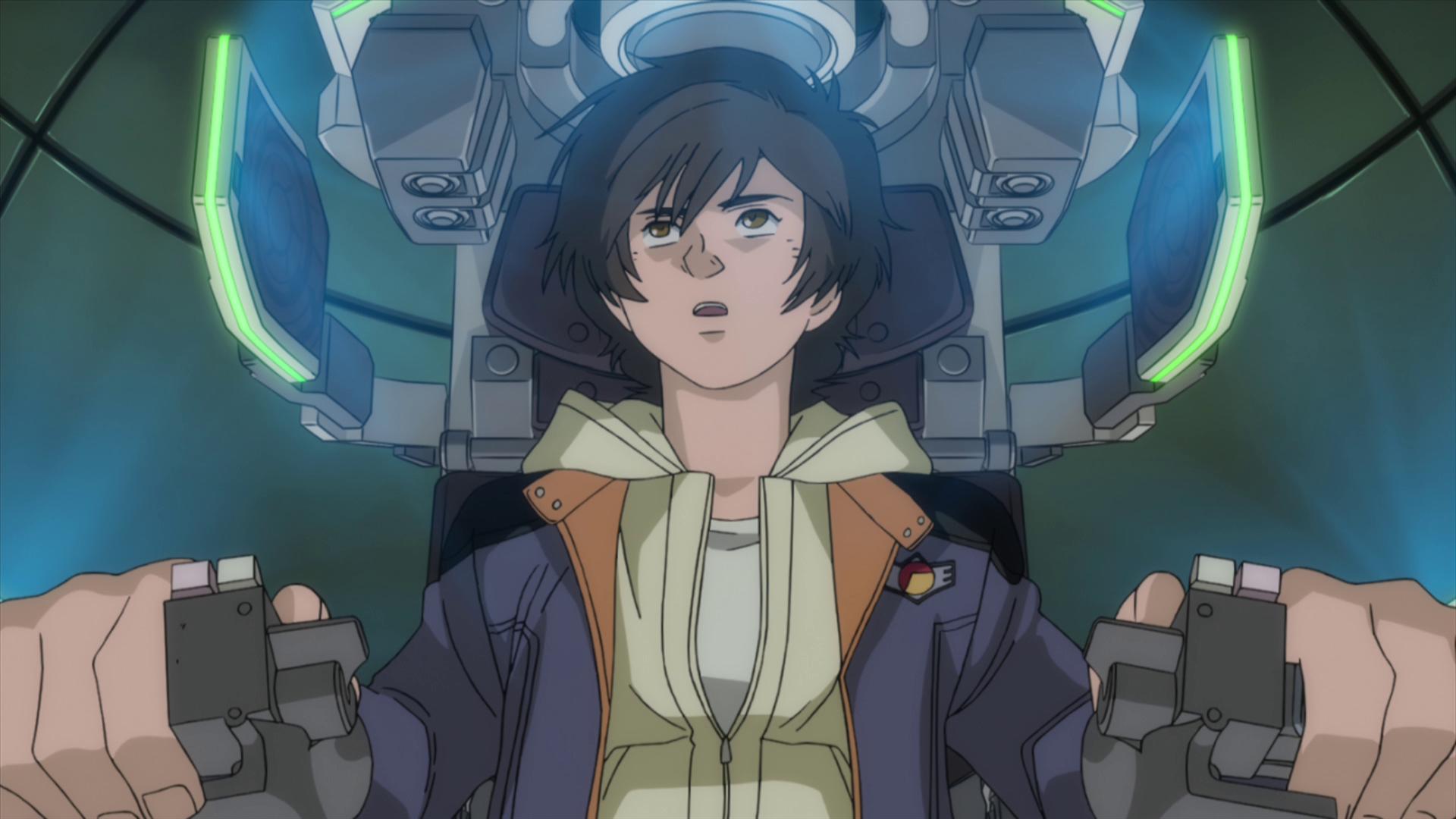 Packaged with both an English and Japanese LPCM 2.0 audio track as well as an English LPCM 5.1 audio track, Mobile Suit Gundam UC: Unicorn offers a clean audible experience for those of you who decide to pick these releases up.  While it’s not as immersive of an experience as it could be, I was able to hear and understand everything as I watched through the series.  But, the 5.1 track that is packaged with this does offer as much of an immersive experience as possible within the technology and does a really good job at placing the audience right into the middle of the story.  As well as the fact that there was an English audio track that was included, I didn’t have to read the series as it progressed and for that, I am truly grateful. 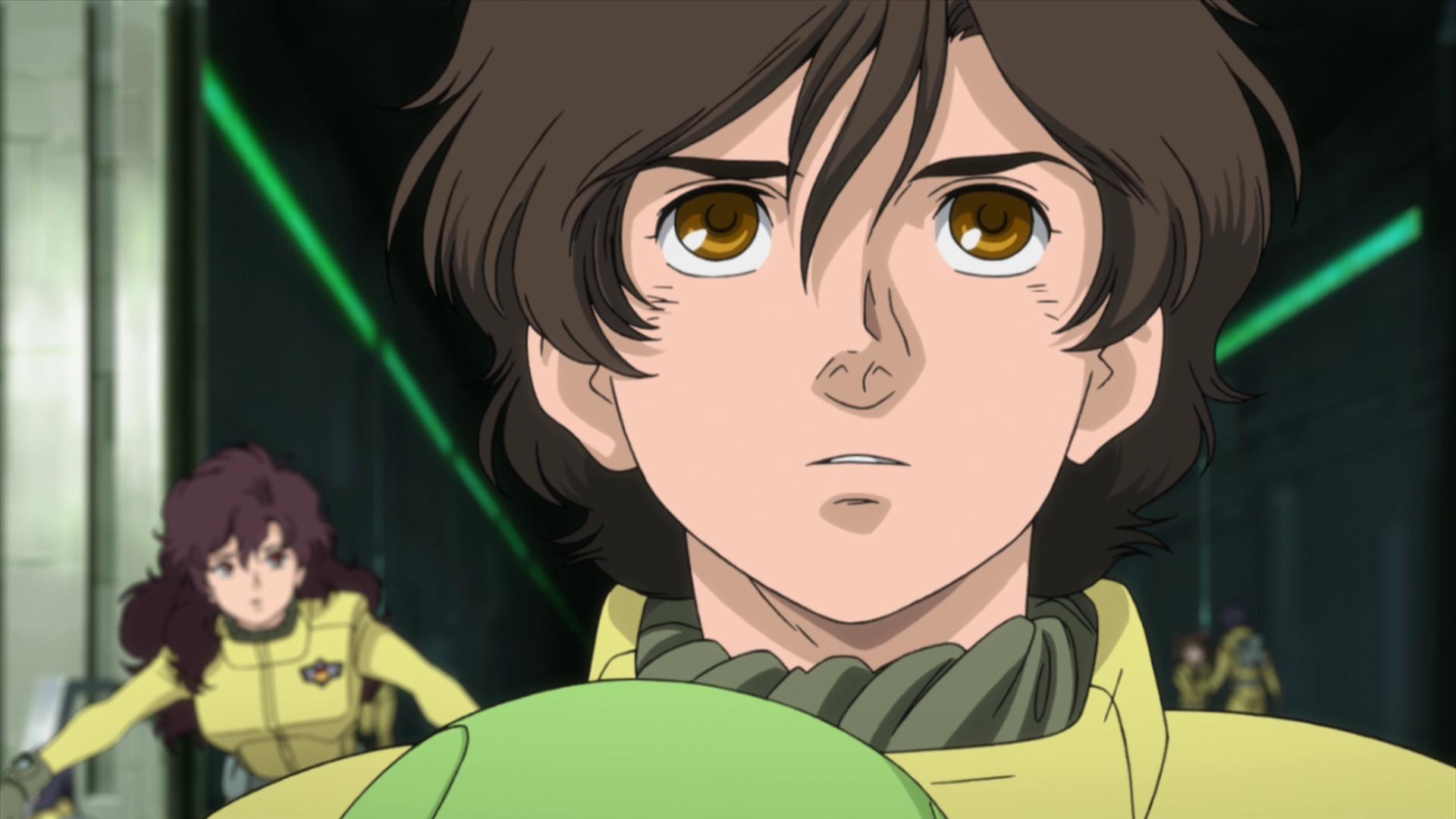 Mobile Suit Gundam UC: Unicorn comes packaged in your standard four-disc Blu-ray amaray case.  Within that case are the four Blu-ray discs that make up the release, each disc featuring a different piece of artwork that’s relative to the series and different from each other and the case art.  There are no DVD copies included with this release, nor are there any digital copy redemption pamphlets.  There is no slipcover available for this release. 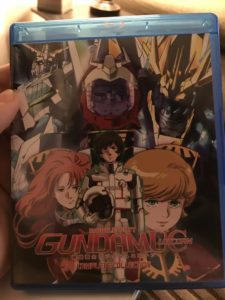 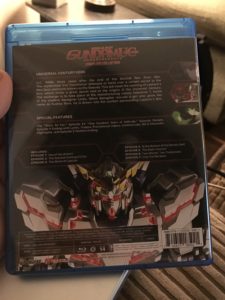 There’s a decent amount of special features that have been included on the Blu-ray release of Mobile Suit Gundam UC: Unicorn.  Included with this release is: 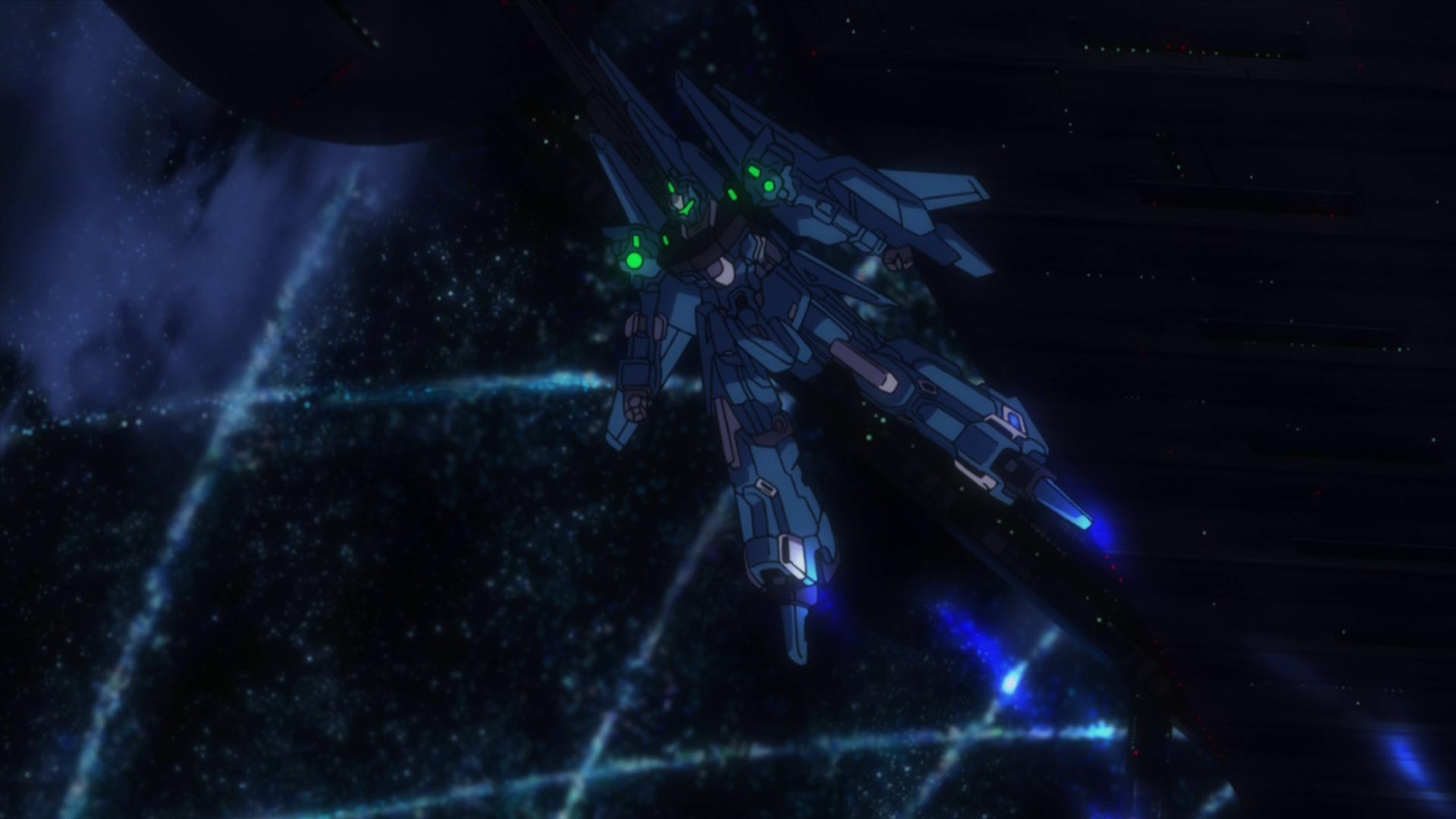 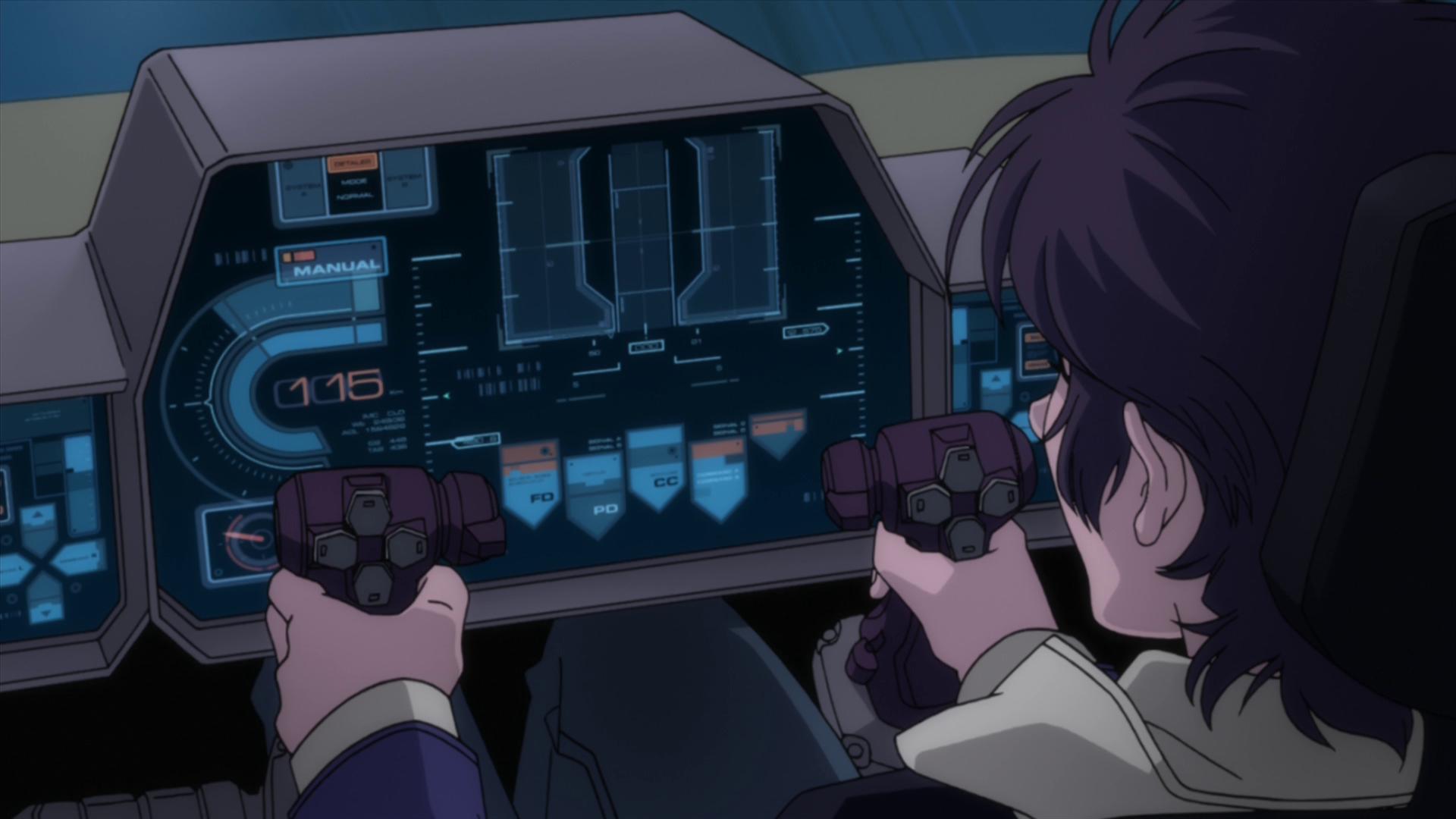 Overall, I was really excited for the opportunity to check out Mobile Suit Gundam UC: Unicorn as I’ve truly enjoyed every experience that I’ve had with the various releases within the Gundam series so far.  This particular collection that is becoming available on December 5, 2017 offers a new branch of the series, and it has been another one of the best ones that I’ve seen yet.  These Blu-rays offer an exceptionally beautiful view into the series with it being a remastered release, as well as a clean and clear audio track that allows one to be able to hear everything without any distortion whatsoever.  If you’re looking to add these collections to your personal collection, I would most definitely recommend grabbing them.  Like I said earlier, they will be available from major retailers beginning on March 6; however, I would highly recommend ordering them from the company that’s making them available to show support for the work that they are doing. 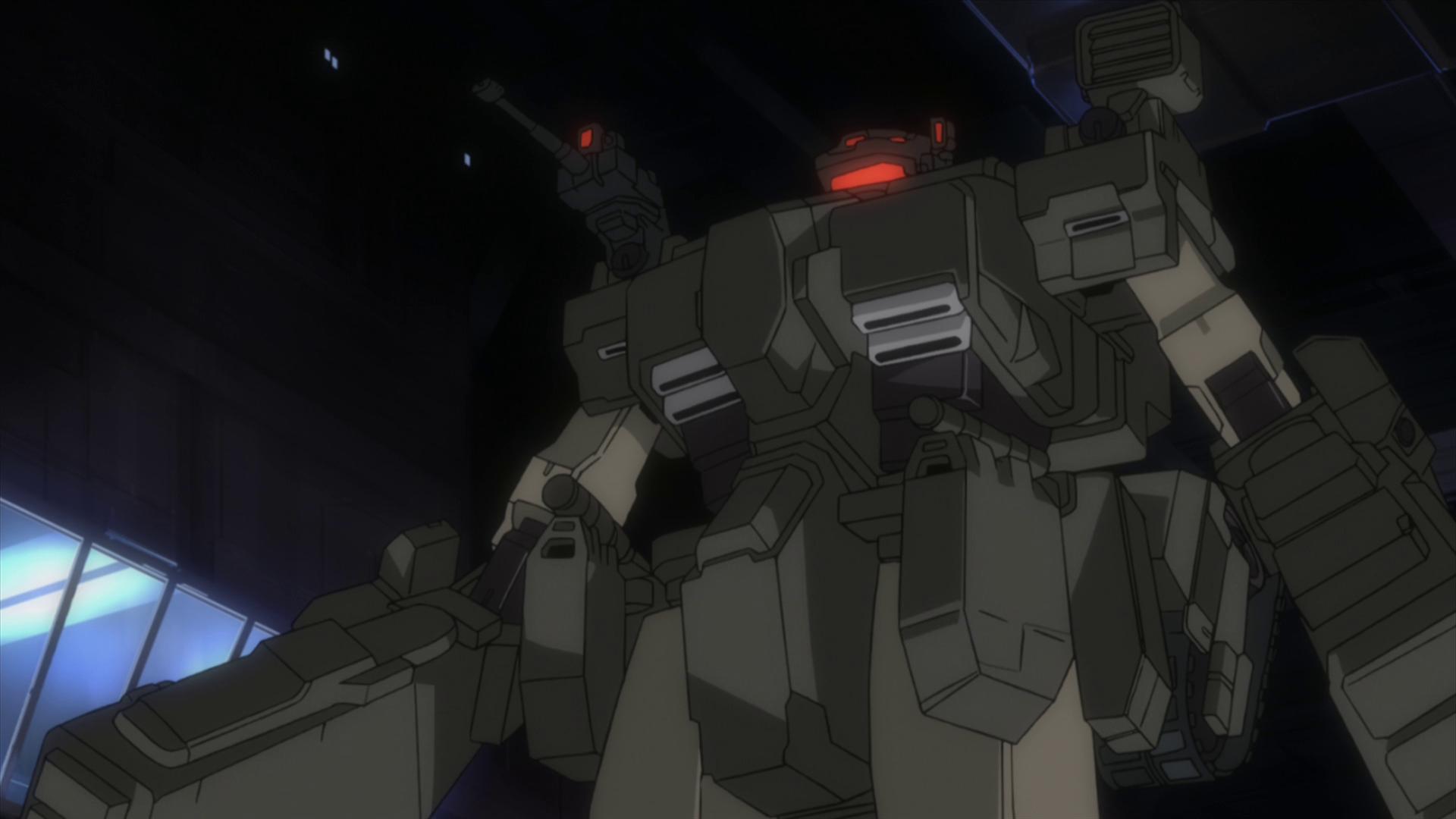