Mobile Suit Gundam (also known as First Gundam, Gundam 0079 or simply Gundam ’79) is a television anime series that was produced and anime by Sunrise. Created and directed by Yoshiyuki Tomino and premiered in Japan on the Nagoya Broadcasting Network and its affiliated ANN stations on April 7, 1979 and lasted until January 26, 1980, spanning 43 episodes. It was the first Gundam series that had been adapted into several sequels and spin-offs. Set in the futuristic calendar year “Universal Century” 0079, the plot focuses on the war between the Principality of Zeon and the Earth Federation, with the latter unveiling a new giant robot that’s known as the RX-78-2 Gundam that is piloted by the teenage civilian mechanic Amuro Ray.

Each of the three movies are mostly comprised of old footage from the TV series, however Tomino did feel that some things could be changed for the better. He ended up removing several aspects of the show, and the third movie actually includes a substantial amount of new footage that expands on the battles of Solomon and A Baoa Qu. The three movies were first released directly to VHS in 1998, subtitled into English as part of Bandaids AnimeVillage releases. They were released again onto DVD on May 7, 2002, made available both separately as well as a boxed set. 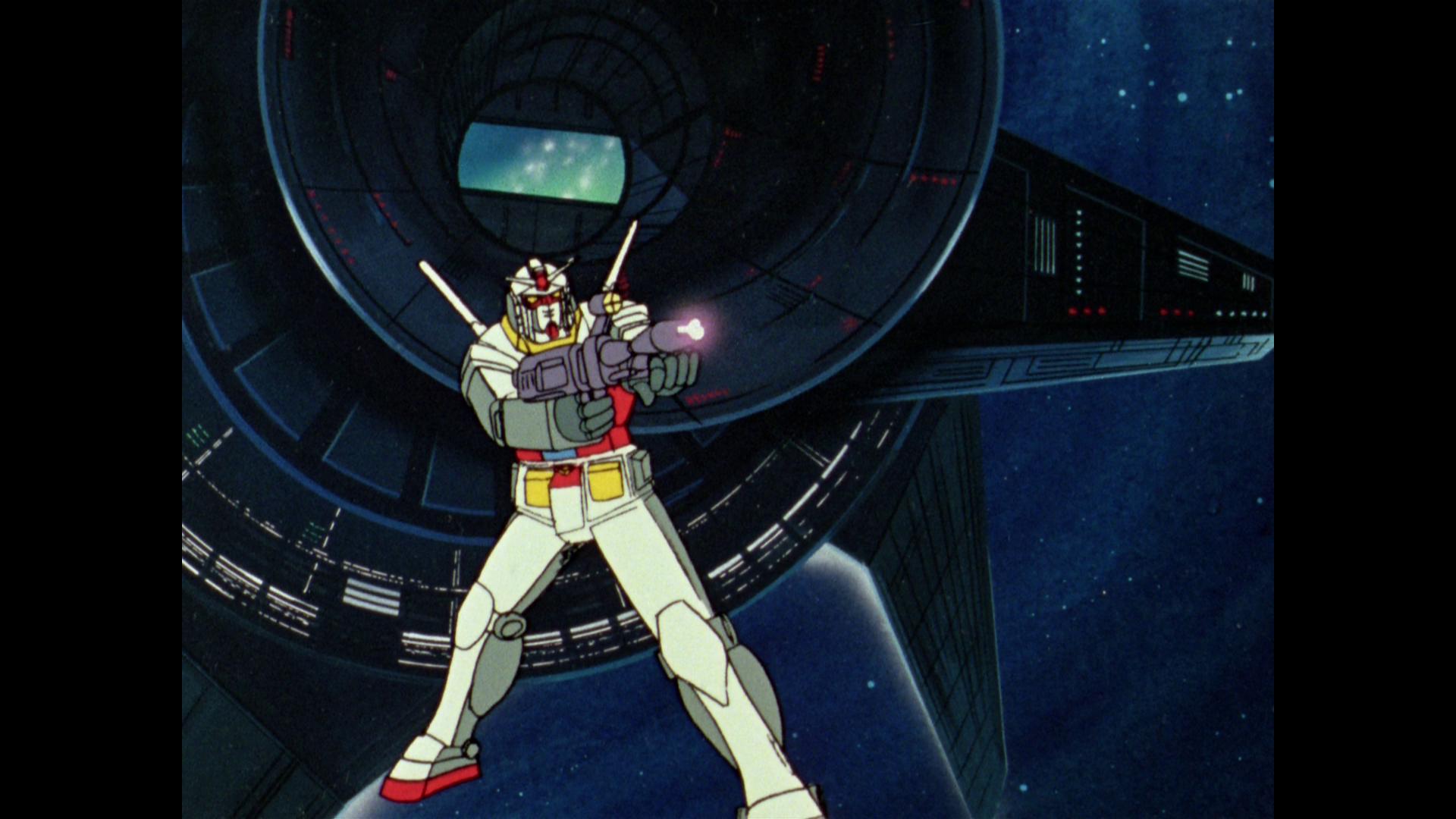 For the most part, I’ve been genuinely pleased with the overall experience that I’ve had with a couple of previous Mobile Suit Gundam releases.  Still being new to the subject matter, I found that the release of these movies to be not only entertaining, but interesting as I had never seen any of the previously aired episodes.  Interesting because of the fact that they took a lot of the footage from previous episodes and recut them to make the first two films.  The film trilogy offers us quite a new experience into the world of Gundam.  Giving us everything from dramatic sequences to some badass action sequences, you really do get the full package with this film trilogy.  I wasn’t too keen on the second film, Soldiers of Sorrow as the story played outa little slower when compared to the other two films; but all in all, it did provide the context for the story to continue. 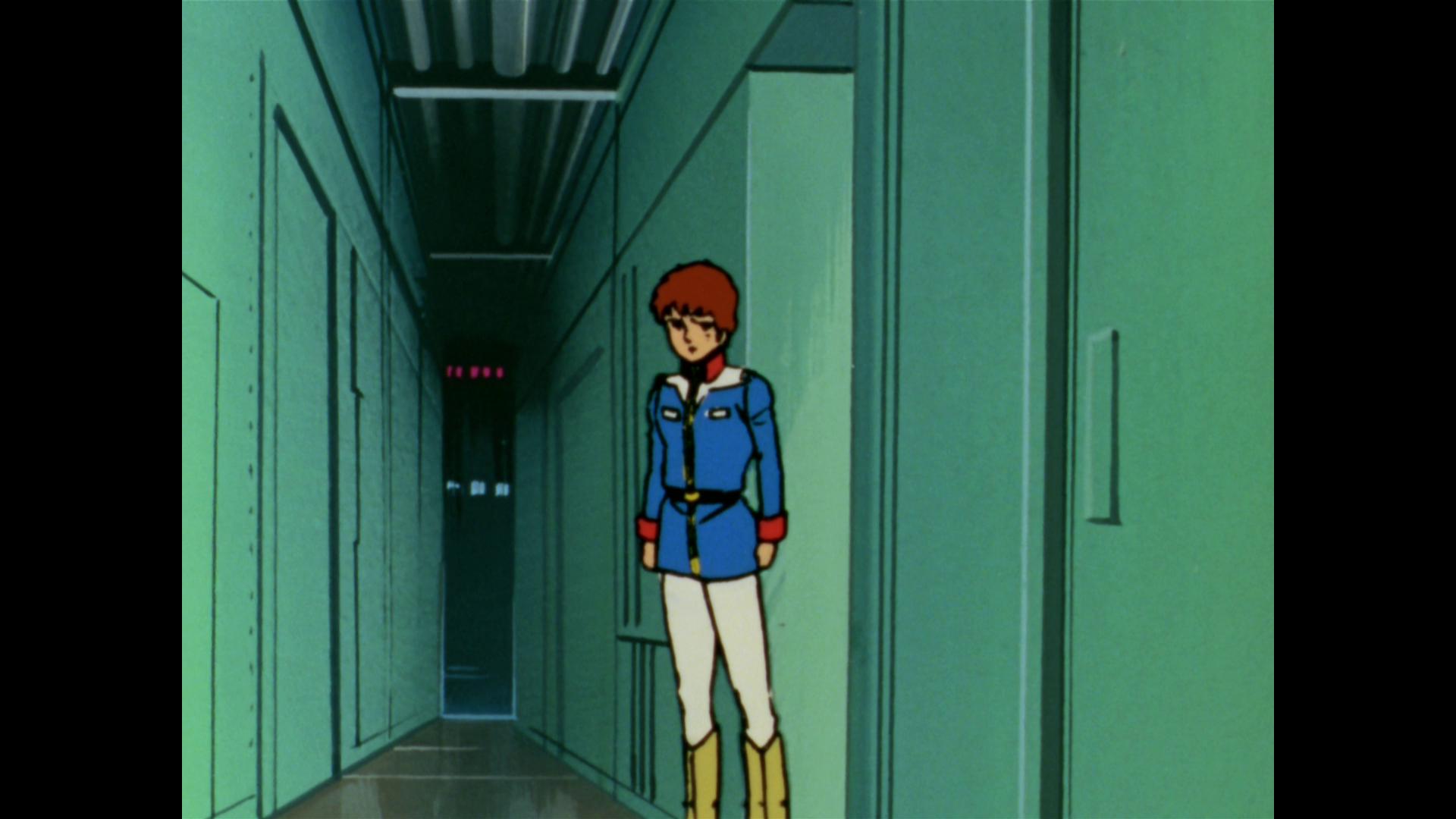 Animated features have always been one of my favorite types of features among the different Blu-ray releases that are out there.  Providing an extremely beautiful picture quality as they convey the story they intended to tell; the Mobile Suit Gundam Trilogy is no exception as it gives us a crystal clear view into its story.  Providing a vast array of colors with a sharp color palette in both light and dark sequences, the picture quality of this release is one that should be experienced by all.  My only complaint was with the aspect ratio being 1.33:1; however, considering the age of the source material, it is completely understandable as to why they went with that for the display.

The Mobile Suit Gundam Movie Trilogy comes packaged with a Japanese LPCM 2.0 audio track.  I rated this section too low as it’s more of a personal complaint that this release didn’t come with the option of using an English dub.  Personally speaking, I’m not a fan of having to read the film as it plays out; however, for those of you who are anime collectors, I can see where you’d find this to be enjoyable as it allows for more of an original feel while watching it considering the source.  That said, the audio track with this release is extremely crisp and clear and offered absolutely no distortion whatsoever. 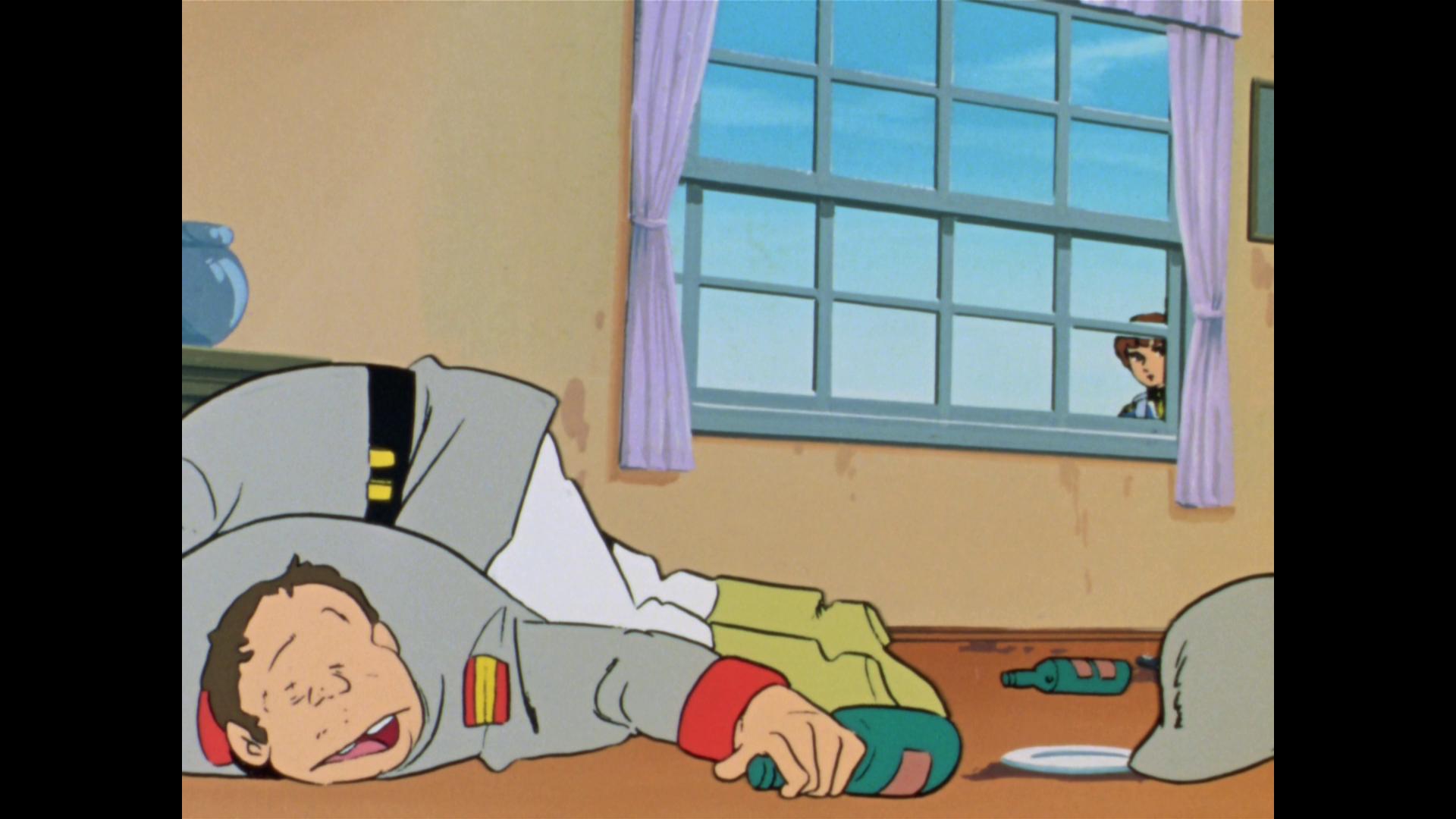 This new release of the Mobile Suit Gundam Movie Trilogy comes packaged in your standard 3-disc Blu-ray amaray case.  Contained within that case are three Blu-ray discs, one each containing the respective film.  There are no DVDs included with this release, nor are there any digital copy redemption pamphlets.  There is no slipcover available with this release either.  There is no interior artwork available on this release and the three discs each feature artwork that is relative to the series as a whole. 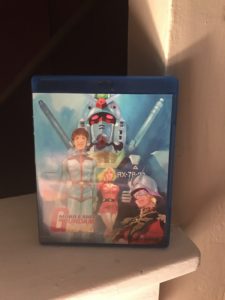 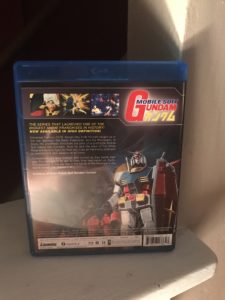 Unfortunately there are no additional features available on this release of the Mobile Suit Gundam Movie Trilogy.  As a result, there is no rating for this section. 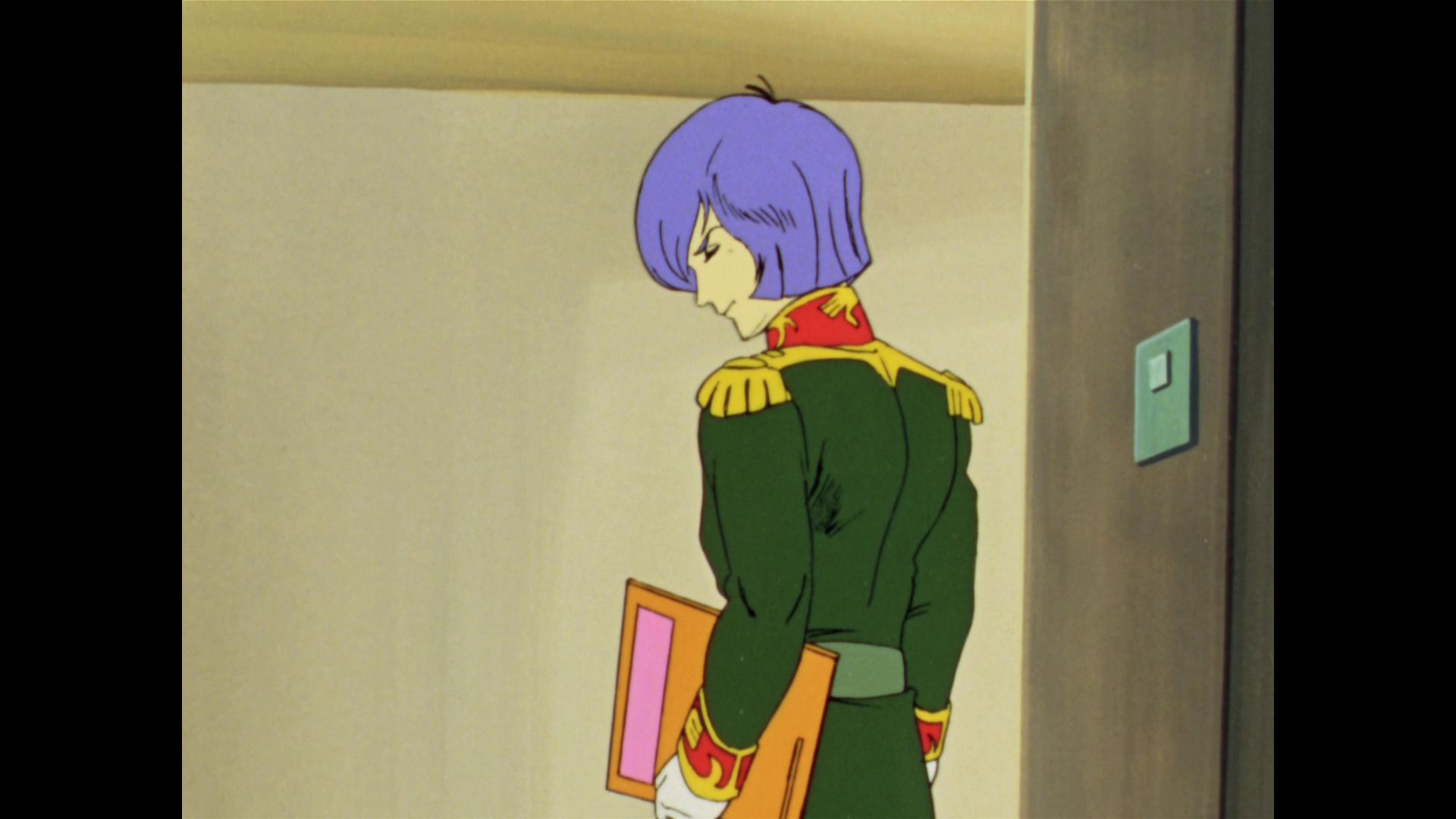 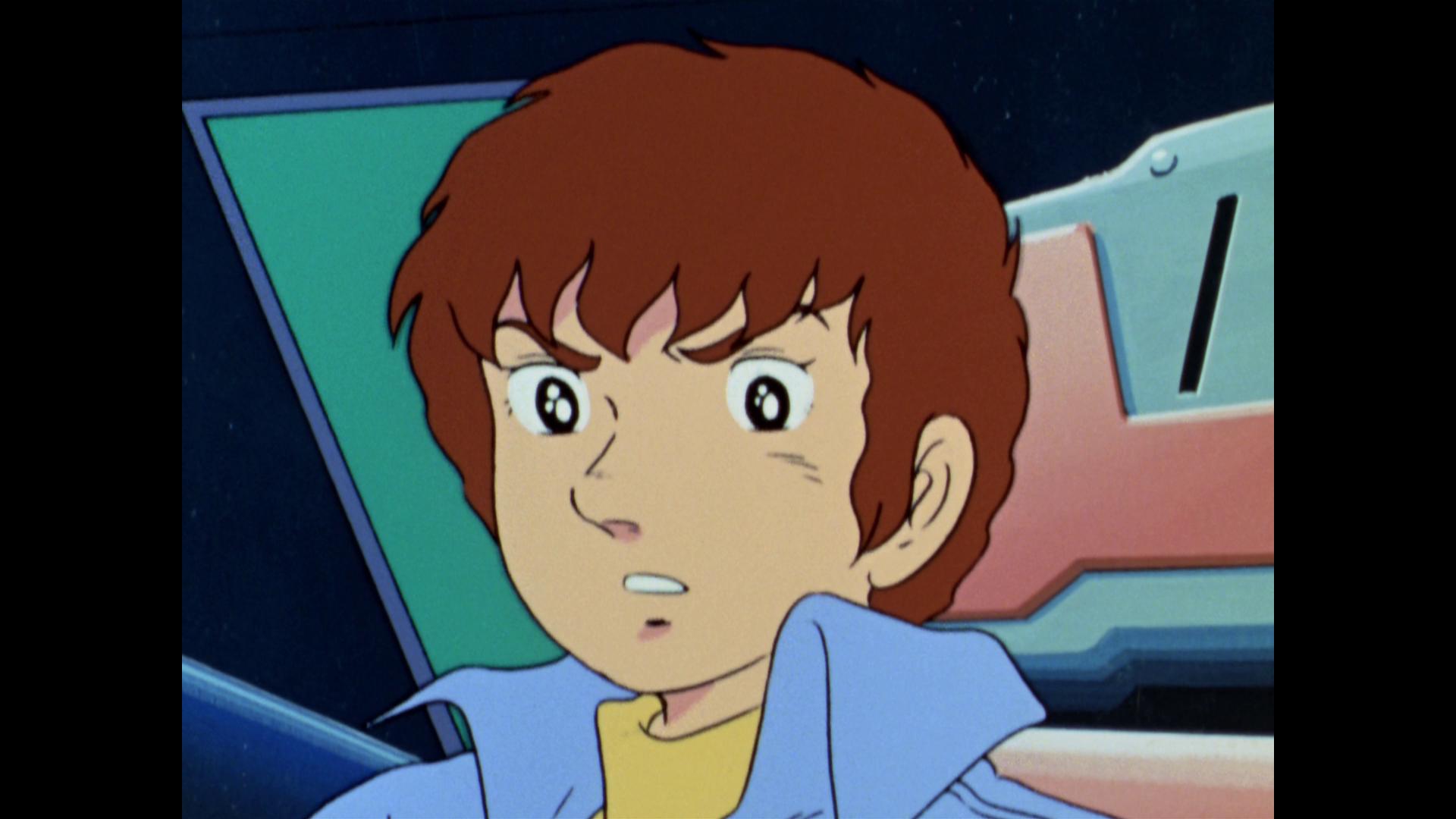 After seeing the Mobile Suit Gundam Movie Trilogy show up at my doorstep, I was rather excited to give these three films a watch as I’ve been pleased with the little bit of exposure I had gotten with the Gundam series as a whole so far.  These three films are definitely the whole package in terms of the story that’s being told.  Even being someone who’s still completely new to anime, I was able to go into these movies and still come out enjoying them with no context at all.  The overall picture quality and audio quality was crisp and clear; I just wish that an English dub audio track was included on this release so I could’ve focused more on other aspects of the release without having to focus on reading the story as it progressed.  The fact that there’s no additional content that’s available with this release is kind of upsetting, but since I’m’ still new to the anime universe, I’m not too entirely sure if that’s often the norm with feature films.  If you’re interested in checking this release out, I’d highly recommend picking it up.  The trilogy becomes available to the general public on June 6.  If you’re interested in reading more into the release, I’d highly recommend checking out the specs between the Rightstuf and Amazon product pages respectively.