Mobile Suit Gundam MS IGLOO (or otherwise referenced, Kido Senshi Gandamu Emuesu Iguru) is a series of CGI short films and OVAs that are based on the Gundam franchise that were released from 2004 to 2009. Directed by Takashi Imanishi and having Yutaka Izubuchi as the production supervisor, the storyline takes place during the One Year War of the Universal Century.

The beginning chapter, MS IGLOO takes place at roughly the same time as the original Mobile Suit Gundam. This chapter follows the exploits of the Principality of Zeon’s 603rd Technical Evaluation Unit, a special crew of weapons development researchers. Stationed aboard the former civilian cargo ship Jotunheim (named after the land of the giants in Norse mythology), the unit field-tests various prototype weapons for combat use under the supervision of Engineer Lieutenant Oliver May. IGLOO’s six episodes chronicle the 603rd’s adventures as pivotal episodes throughout the One-Year War that had minimal mention during the original series.

While the second chapter, MS IGLOO 2: Gravity Front was originally announced on March 25, 2008. Consisting of three thirty-minute episodes and is set on Earth and from Earth Federation’s point of view. The 3D CGI is in high-definition, higher in quality than what was originally seen in the earlier productions. The production staff is largely unchanged, through the mechanics designers behind the design works in this series are Yutaka Izubuchi, Kimitoshi Yamane, Takuhito Kusanagi, Shinji Aramki and Fumihiro Katagai. The considerably high detailed designs appeared in the U.C. Hardgraph line and were used as is in the animation. The first episode, titled Shoot at that Death! was originally released on October 24, 2008 with the second episode, King of the Land, Forward! coming out on January 23, 2009. The third episode, Odessa, Iron Storm! was released on April 24, 2009.

Despite the wide release schedule for the episodes, critics found the series of shorts to be an enjoyable experience; throwing a significant amount of praise at the plot and graphics. 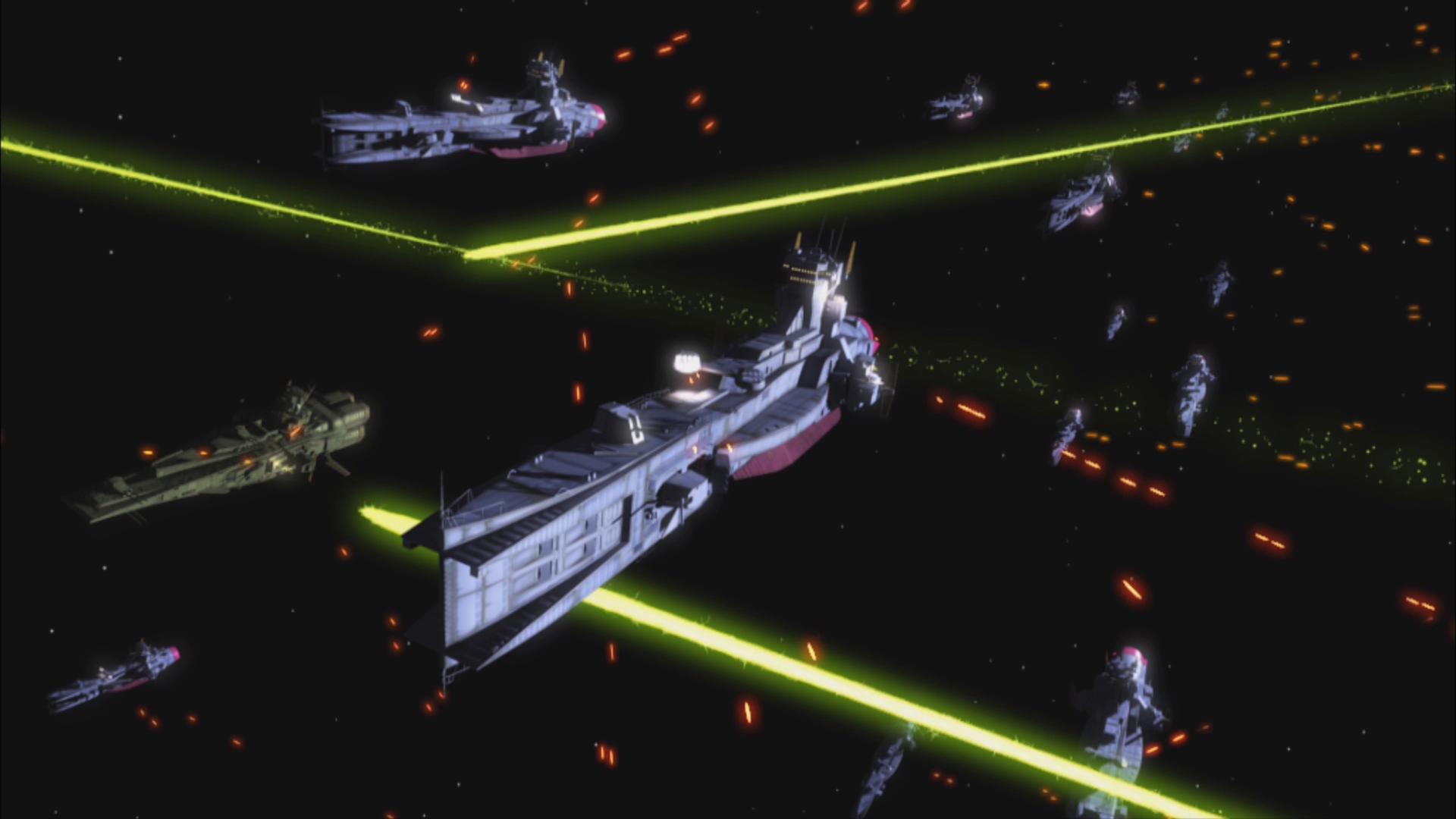 As I continue to expand my horizons into the anime world, I’ve been really enjoying the stories provided by the Mobile Suit Gundam series.  The MS IGLOO set of shorts isn’t any different as I really loved the side-stories that were being told.  It offers a different perspective to the original series that I normally wouldn’t have considered and those stories that are offered are really well written and do an absolutely fantastic job at maintaining the audiences attention throughout.

Coming at us in the ever-loving 1080p resolution, Mobile Suit Gundam: MS IGLOO offers an all out beautiful experience with its visual representation of the story.  Giving us an extreme blast of vivid colors as well as sharp and considerably crisp lines in the animation, the overall visual presentation that’s offered is one that should not be disregarded as it really is beyond words beautifully done. 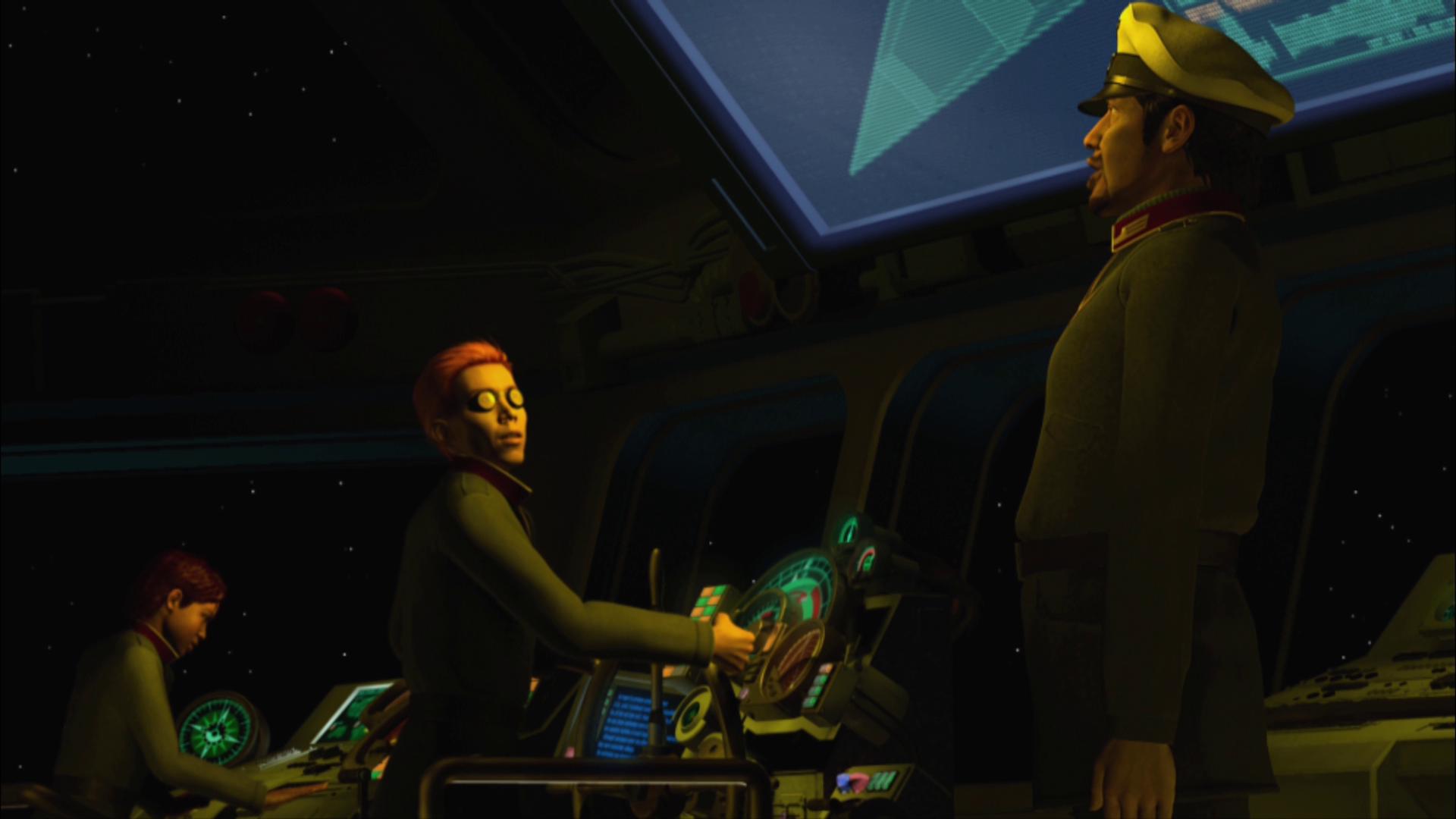 Mobile Suit Gundam: MS IGLOO brings something new to the table that I haven’t seen with an anime release.  Packaged with an LPCM 5.1 Japanese audio track, the series makes use of all of the possible channels, offering what I would consider to be a really nice immersive experience that does a solid job at placing the audience into the middle of the story.  Everything about the audio was nicely done and was clean, allowing for my wife and I to be able to completely hear and understand everything as it moved onward. 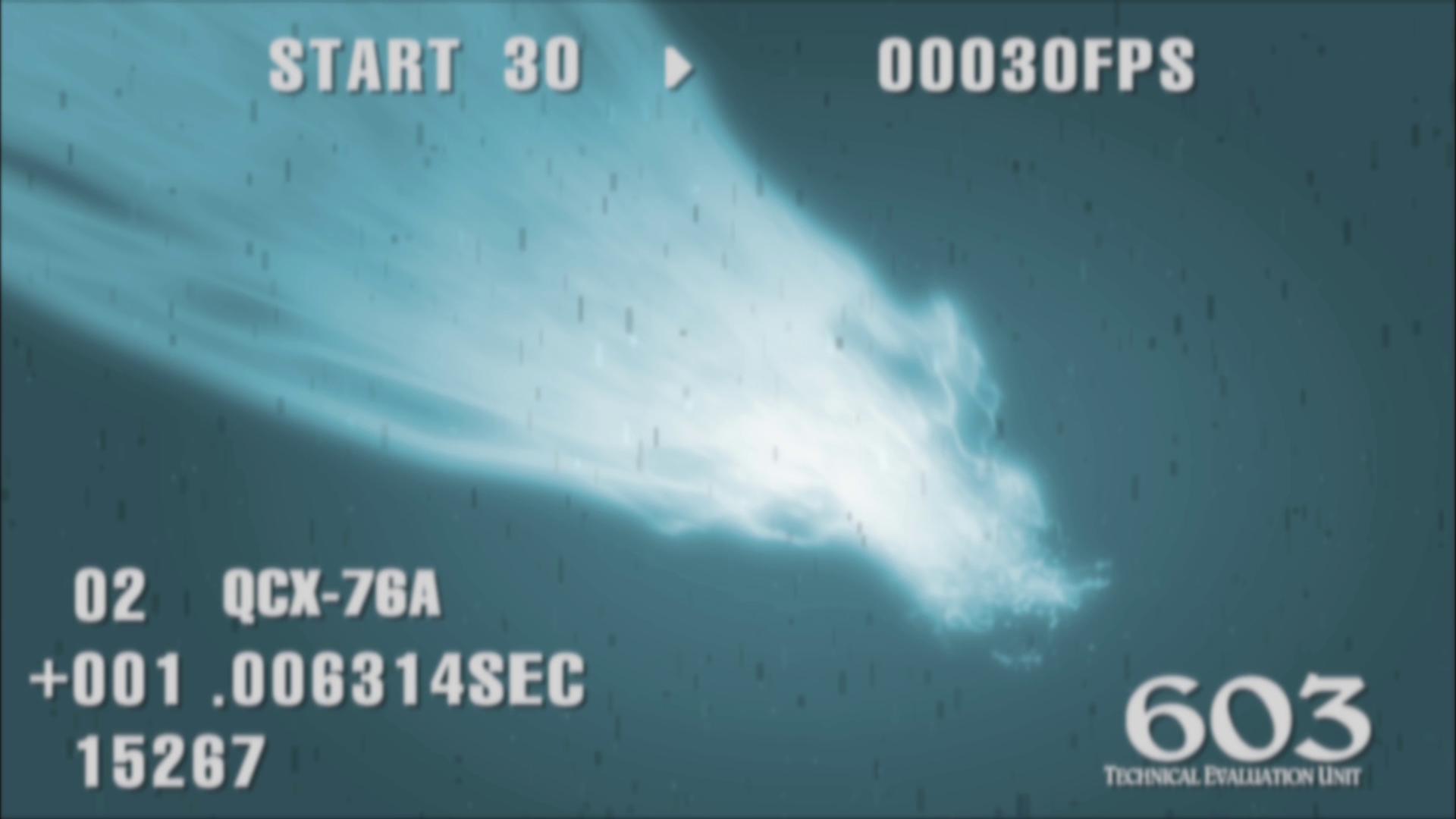 Mobile Suit Gundam: MS IGLOO comes packaged in your typical three-disc Blu-ray amaray case.  Contained within that case are the three Blu-ray discs, each featuring a chapter into the MS IGLOO storyline.  There are no DVD copies of the series included, nor are there any digital copy redemption pamphlets.  Each of the three discs feature artwork that is relative to that particular chapter of the series, offering a nice graphical look into the story that one would be diving into as they place that particular disc into their player. 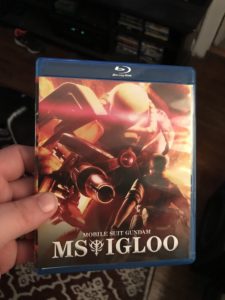 There isn’t much in terms of additional content available with the Blu-ray release of Mobile Suit Gundam: MS IGLOO.  There isn’t anything that offers a further look into the series at all, in fact the release is pretty bare in this regard.  Available with this release is: 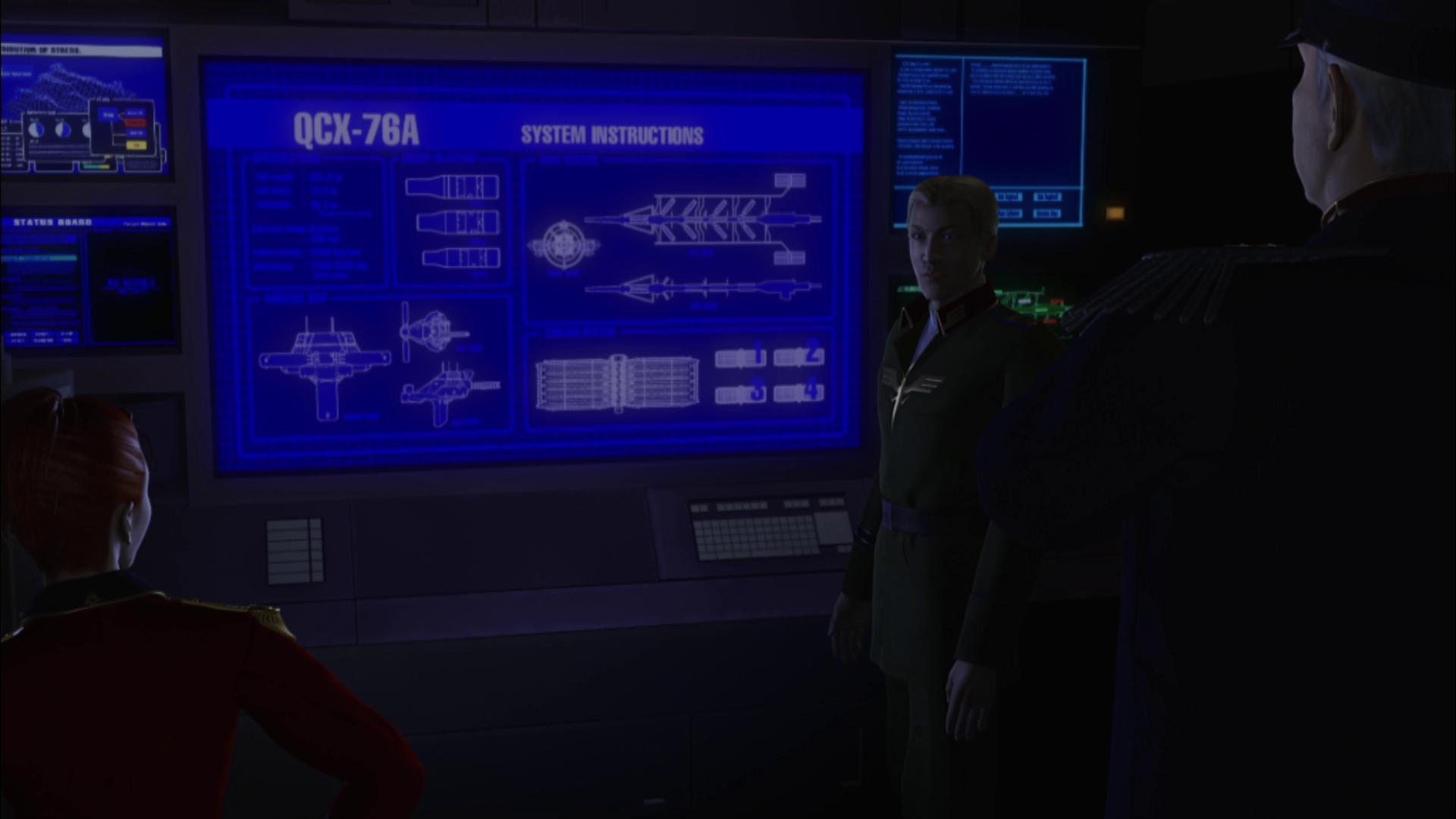 As you can see, I was really pleased with Mobile Suit Gundam: MS IGLOO.  It offered a completely different side to the original story line that I never really considered to be available in the series.  The overall storyline was beautifully presented with the vast color palette and sharp animation work; and I know that after watching through this, I was able to appreciate the work that went into making this series available to us by the animation team.  The audio track is your basic immersive audio track with its LPCM 5.1 audio track.  Outside of my personal preference to English dubs, I can’t complain too terribly much about this particular release.  If you’re considering picking this release up, I’d highly recommend picking it up from the company that’s making it available to us; however if you are a preferred shopper of Amazon, it is also available there.  Mobile Suit Gundam: MS IGLOO will be released next Tuesday, July 11, 2017. 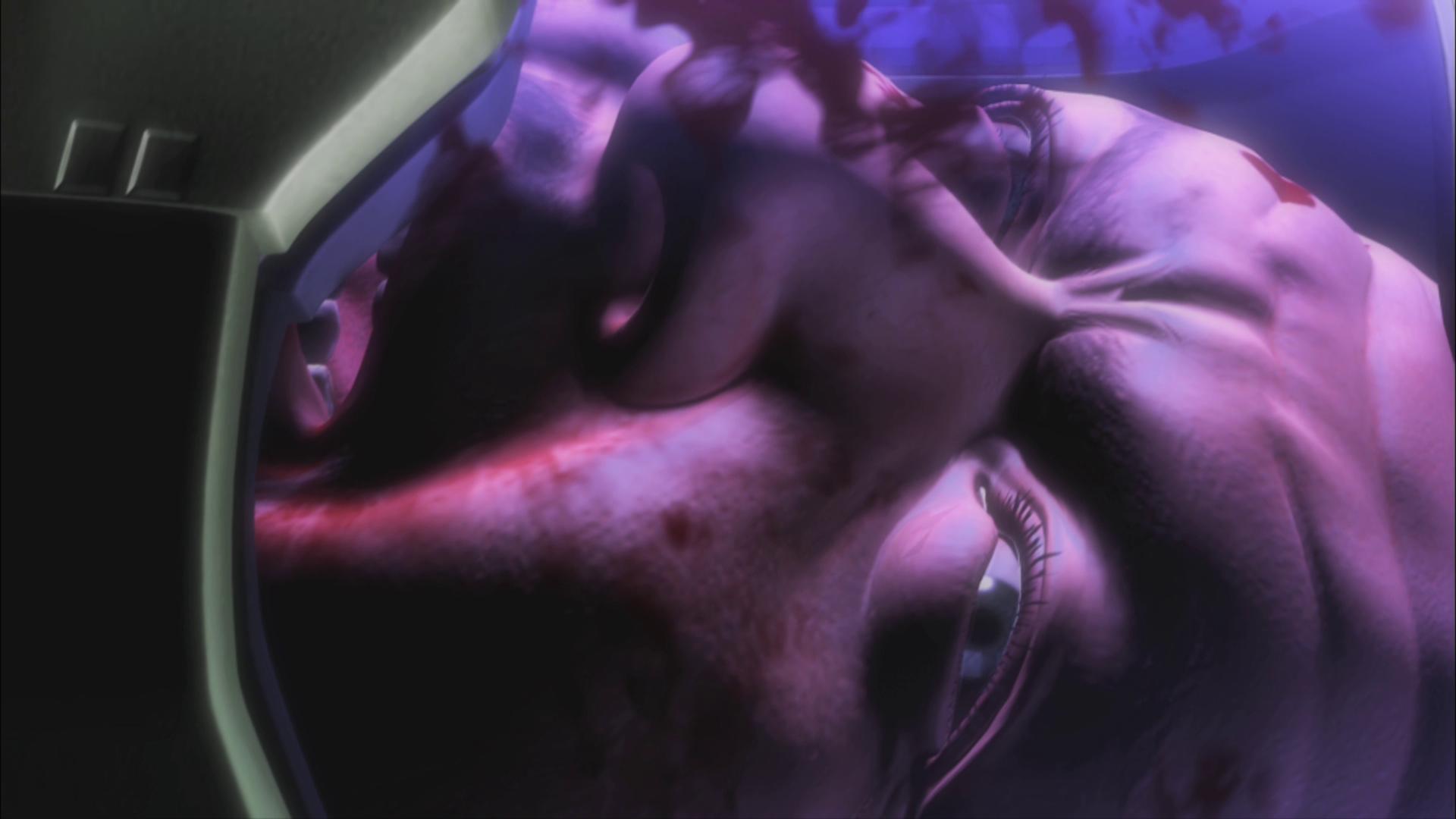