Mission: Impossible is a series of action spy films that are based on the television series of the same name, produced by and starring Tom Cruise as Ethan Hunt, an agent of the fictional Impossible Missions Force (IMF).

Beginning in 1996, the films follow the missions of the IMF’s main field team under the leadership of Hunt, who is forced to take over after the team is betrayed from within the first film. The series focuses on Hunt as the lead character as opposed to the ensemble cast structure of the television series, although some characters, such as Luther Stickell (played by Ving Rhames) and Benji Dunn (played by Simon Pegg) have recurring roles in the films.

The series is the 20th-highest-grossing film series of all time, with a worldwide gross of over $2.7 billion to date. A sixth film, titled Mission: Impossible – Fallout is slated to make its theatrical debut in July 2018. 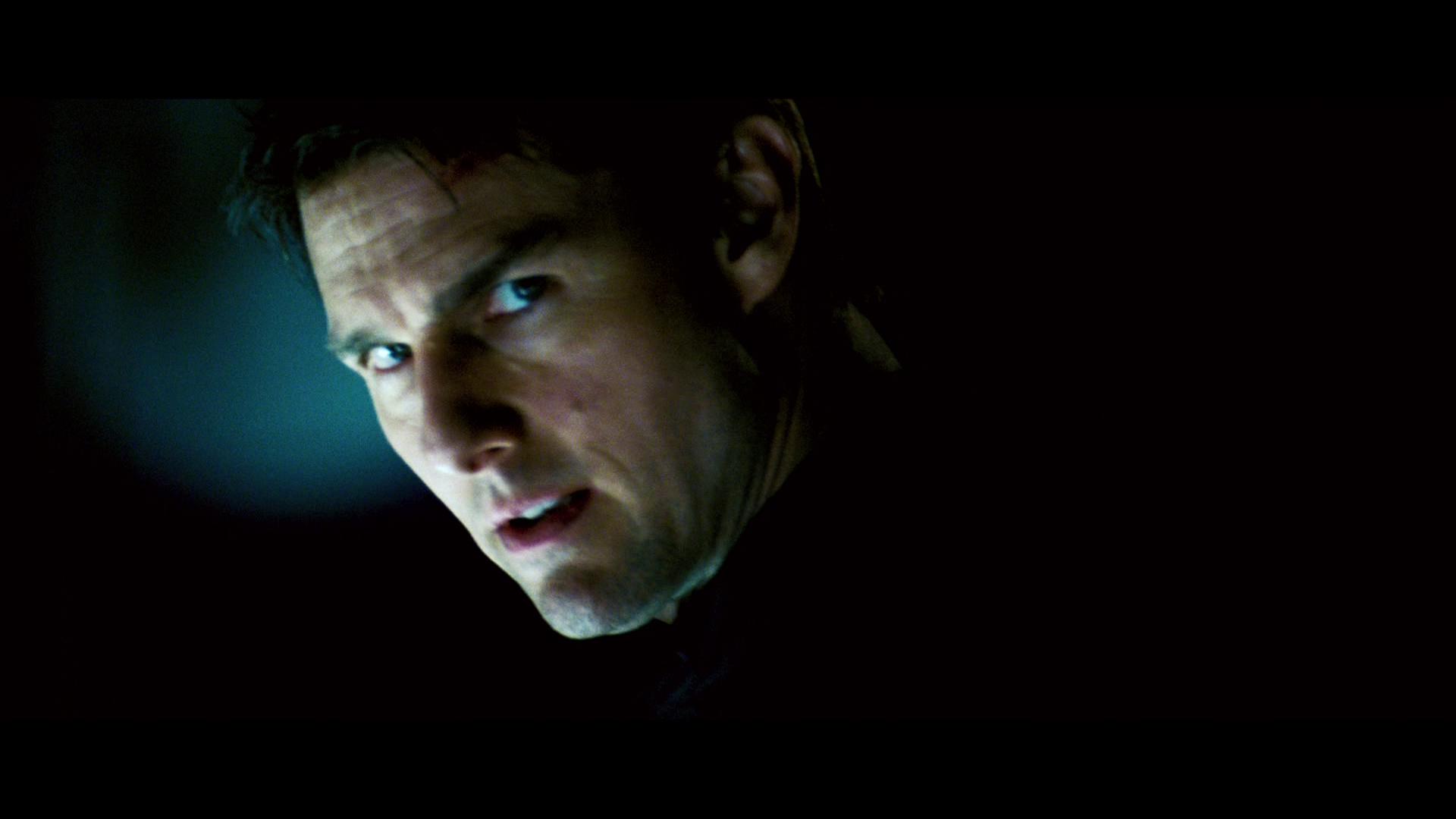 I could certainly consider the films that make up the Mission: Impossible collection to be guilty pleasures, alongside the Transformers, and Fast & the Furious film franchises.  As a series of films that really take themselves seriously, there’s just a significant amount of seat-gripping action that allows for these to ultimately be enjoyed by anybody who opts to sit down and watch them.  As Cruise works to perform a lot of his own stunts throughout each film, you can definitely appreciate the work that this man has put into making sure that these movies not only happen, but look as authentic as possible when you think about spy thrillers like these.  I will say that these movies aren’t perfect by any means, but they are definitely fun popcorn flicks that I feel that anybody can sit down to and enjoy. 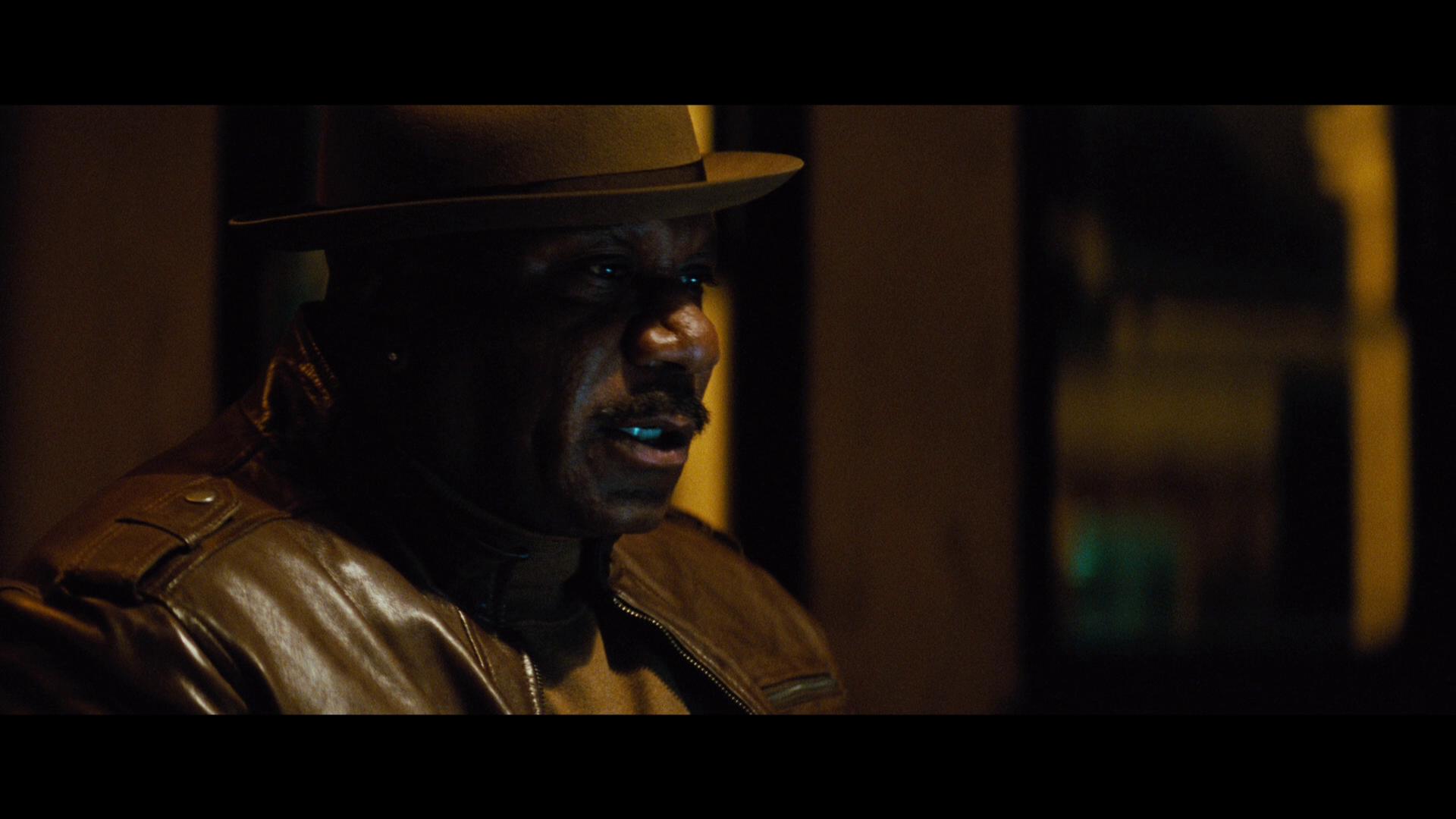 With the first, second, and fourth films of the Mission: Impossible franchise being presented in Native 4K, and the third and fifth being upscaled or “fake” 4K, the overall visual presentation of these 4K UHD releases were jaw dropping.  With their utilization of HDR10 and Dolby Vision, not only did everything feel all that more real from beginning to end, but there were various elements to each movie that I had never picked up on before re-visiting them.  The action sequences were carried out beautifully, as they offer a significant amount of additional detail that we didn’t see on any of the preliminary releases for these movies, in fact, I think that some of these releases could ultimately be a new center piece to showcase your 4K setup! 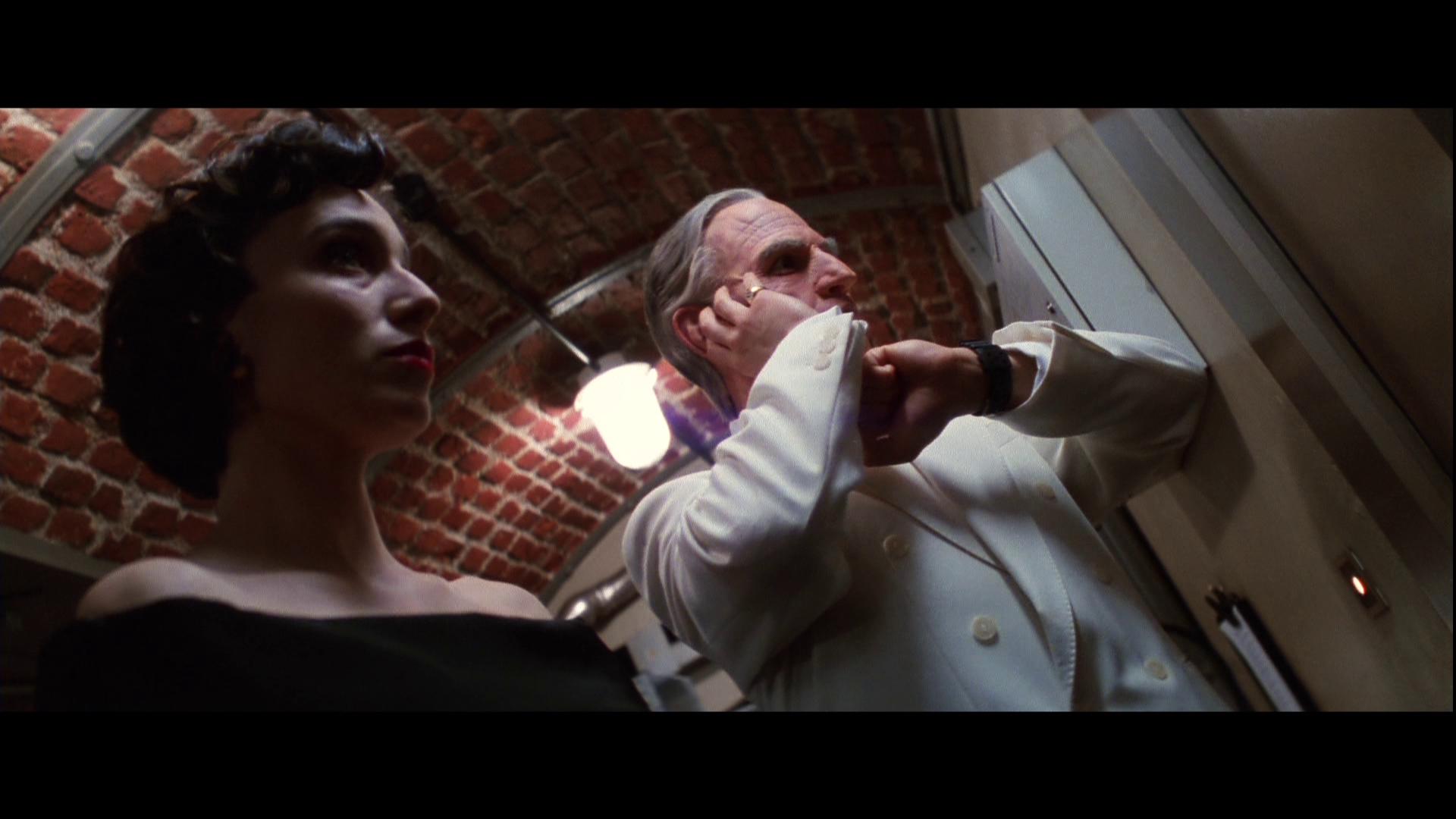 I do have to knock this score down a tad because each of these releases come bundled with a Dolby TrueHD 5.1 mix.  Sure, hearing the action of the Mission: Impossible movies with this new mix allows for everything to really roar through those with a home theater system.  But, I really feel that they should have gone with either a DTS:X or Dolby Atmos mix for this audio track.  Not only would these two options offer a significantly more immersive experience for its viewers, but they would also better aid the visual presentation that comes along with the 4K UHD format.  Dialogue was clean and clear, action sequences offered no distortion from what I could tell.  I just wish they would have reconsidered their choice and gone with a better mix for the audio. 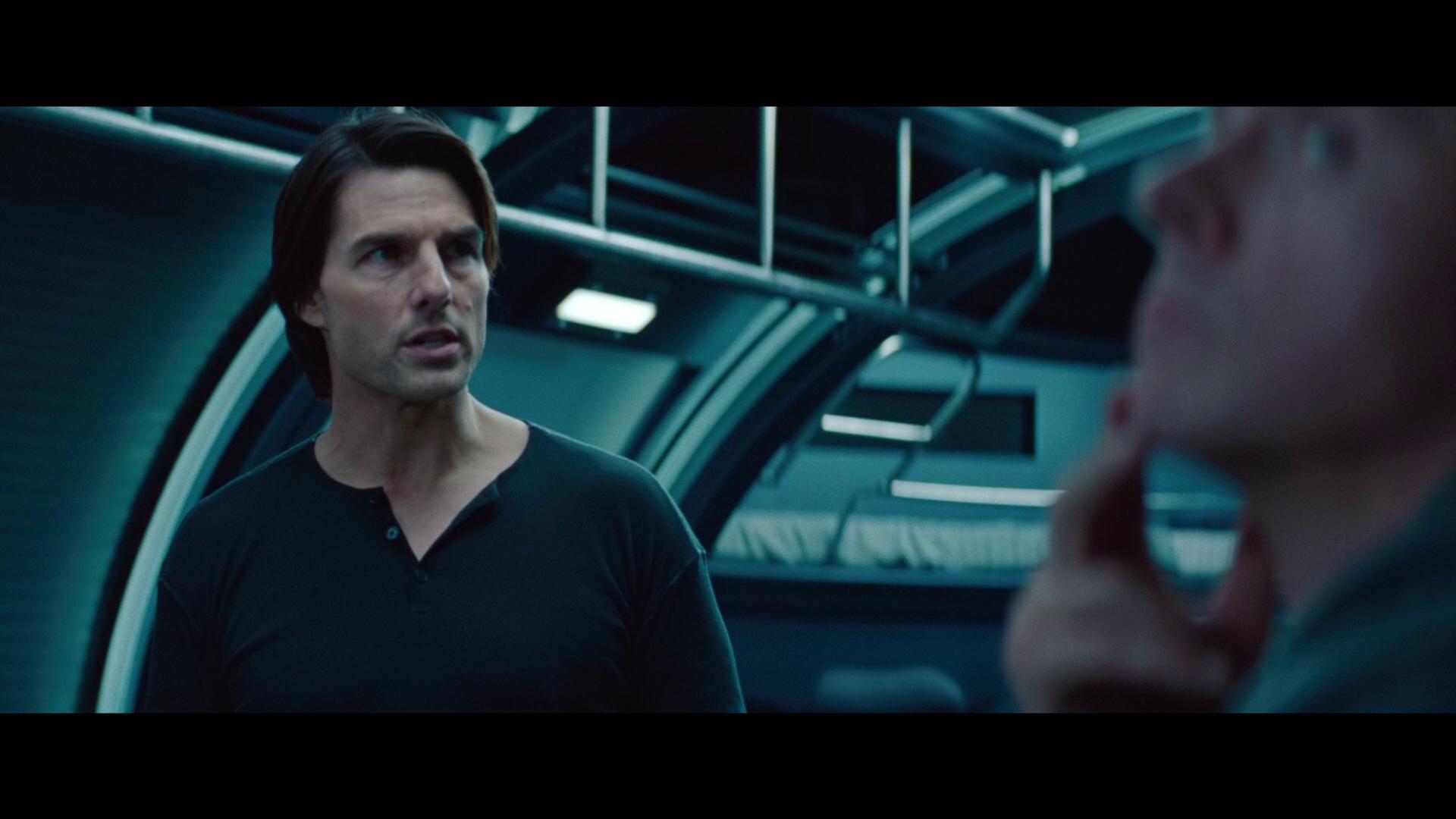 Each of the films that make up the Mission: Impossible series in 4K come packaged in either a standard 2-disc or 3-disc 4K UHD amaray case.  Within in the 2-disc cases is the standard 4K UHD copy of the film as well as the standard Blu-ray copy of the film; while the 3-disc cases include those as well as a dedicated Blu-ray disc for additional content.  Unfortunately, none of the discs feature any artwork that’s related to the films outside of the standard release text and solid colored blue or black background respectively.  There are no DVD copies included with any of these releases; however, there are digital copy redemption pamphlets included with each one for the various streaming options as well as a slipcover for each one that’s been made available during the initial pressing. 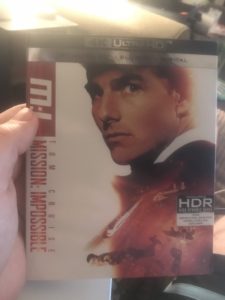 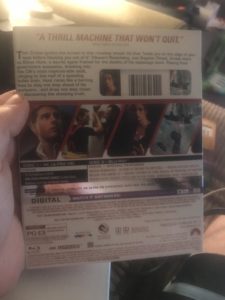 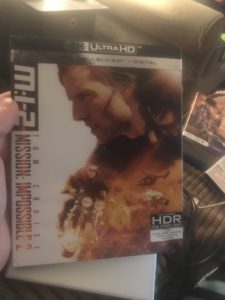 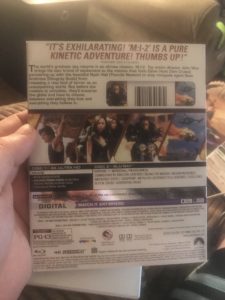 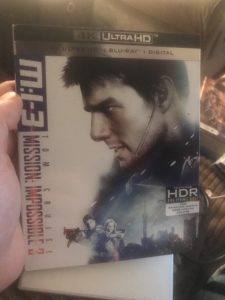 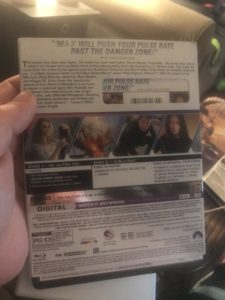 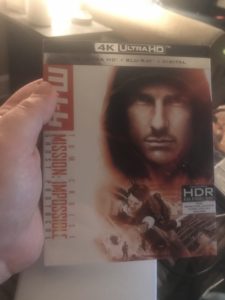 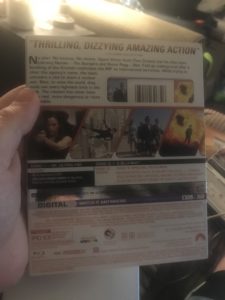 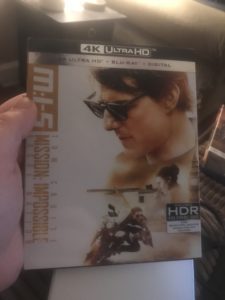 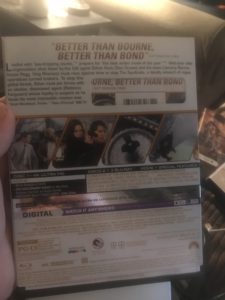 Each film within the Mission: Impossible collection comes packaged with a variety of special features that not only allow for some expansion of the storyline for that respective film, but the content focuses pretty heavily on a lot of the work that went into making each film, as well as some of the promotional work and experiences that the cast and crew all shared while filming each movie.  Included with these movies is: 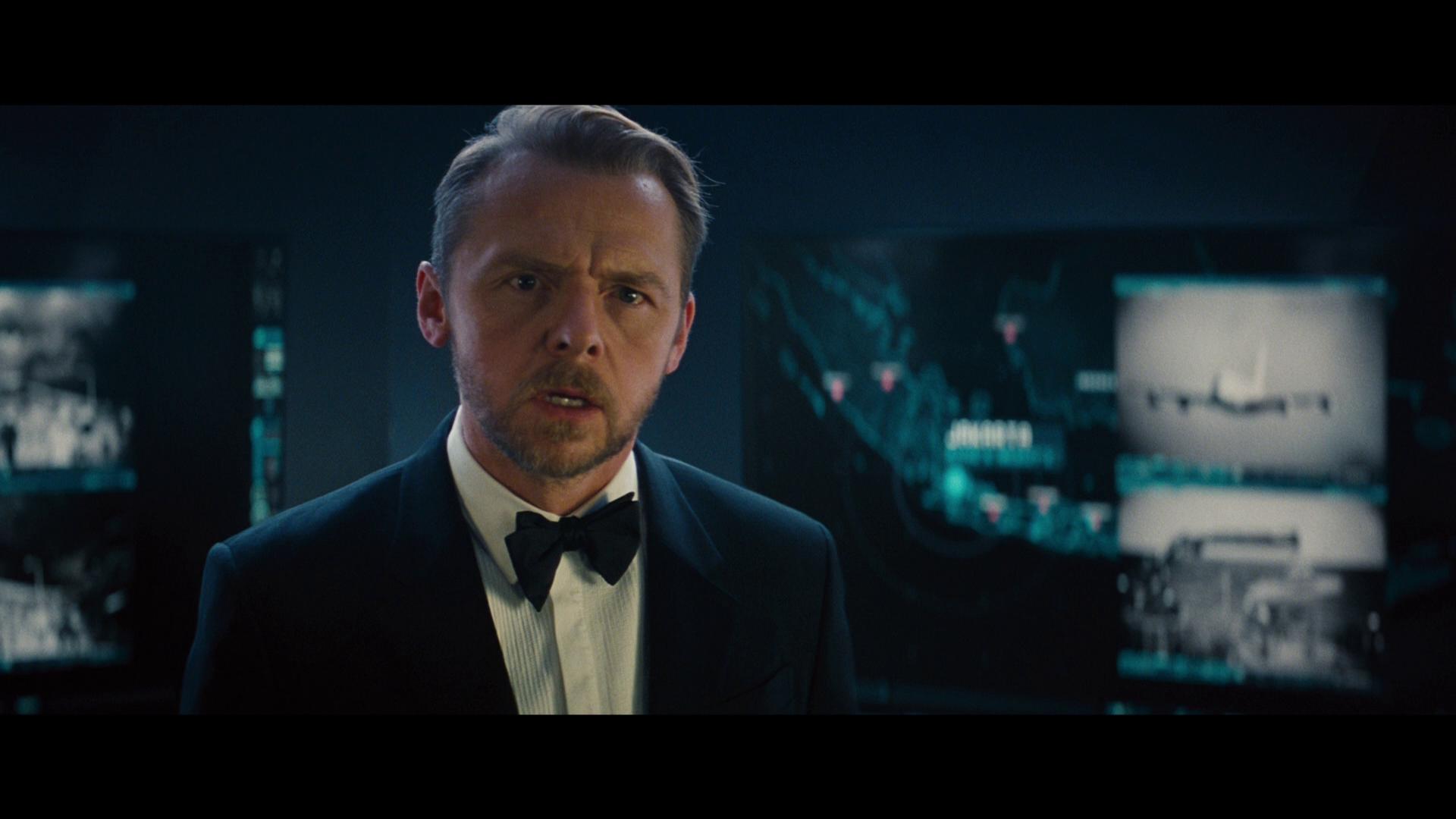 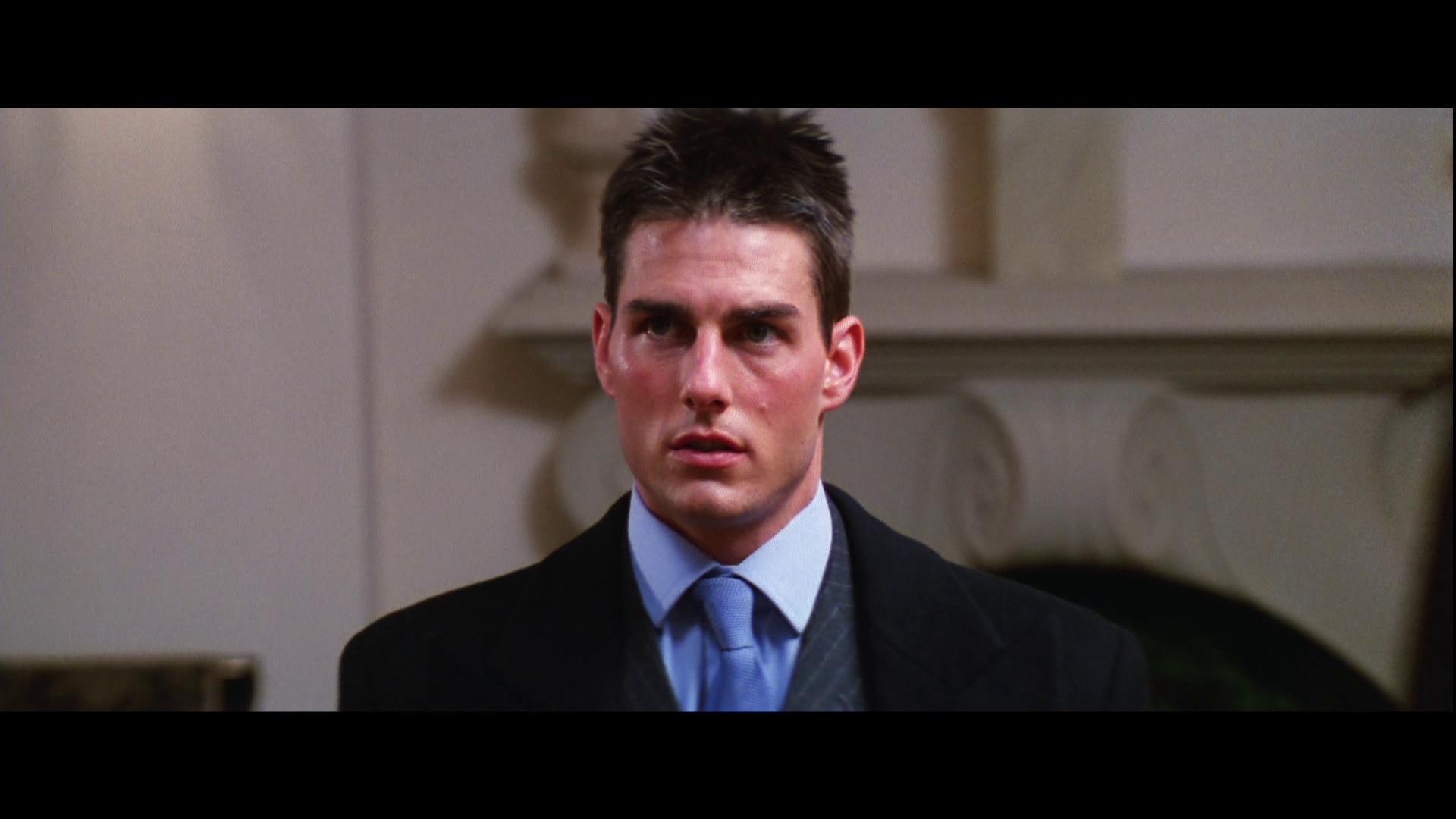 Overall, I was really happy to see that the Mission: Impossible films got the 4K treatment.  Being that each one of these coming to the format was completely unexpected.  These releases offer not only a cleaner view into the action packed series that was extremely prominent throughout the 90s; but they allow viewers to experience these films exactly how they were meant to be experienced.  Regardless of the fact that they went with a 5.1 mix, and the releases not really being all that immersive.  There’s a ton of special features included with each of these releases, I had one hell of a great time visiting through each and every one of them.  If you’re looking to add these to your collection, each of the Mission: Impossible movies will be available on 4K UHD beginning on Tuesday, June 26, 2018. 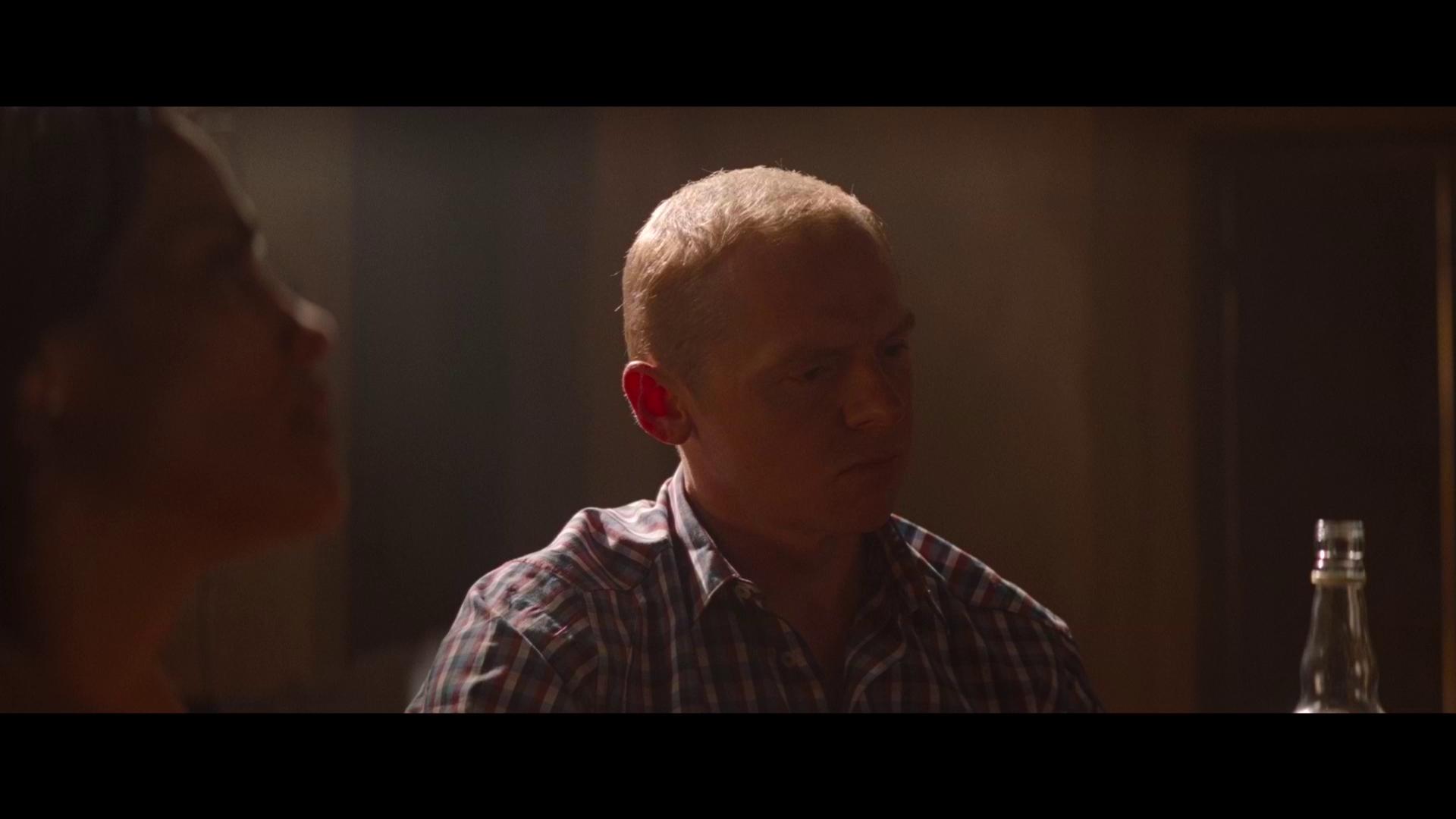