Missing In Action is a 1984 American action film that was directed by Joseph Zico and stars Chuck Norris. It is set in the context of the Vietnam War POW/MIA issue. Colonel Braddock, who had escaped a Vietnamese prisoner of war camp ten years earlier, returns to Vietnam to find American soldiers listed as missing in action during the Vietnam War. The concept for this film originated from a story treatment that was written by James Cameron in 1983 for the film Rambo: First Blood Part II that was floating around Hollywood at the time. This explains the similar plot lines between Rambo and Missing In Action. Representatives from the Cannon Group have claimed to have been “inspired” by Cameron’s script and subsequently produced and released the first two films of this series months prior to the release of Rambo, in order to avoid any copyright lawsuit violations.

The film received overwhelmingly negative reviews from film critics. It has been widely described as a rip-off of the Rambo film series by critics and viewers alike. Scott Weinberg of eFilmCritic.com gave the film 2 stars out of five, writing that “Norris does Stallone … badly” in his review. In 2003, in a BBC article titled Rambo: Pretenders to the Throne, Almar Haflidason wrote “the runaway success of the Rambo trilogy inspired dozens of rip-offs”, citing that the Missing In Action series was the most famous of all of the clones.

Despite all of the negative feedback, the film was considered to be a commercial success and has become one of Chuck Norris’s most popular films. Serving as his first film with The Cannon Group, the popularity gained by this film caused for the eventual production of Missing in Action 2: The Beginning, a prequel that was released in 1985, and a sequel titled Braddock: Missing in Action III that came out in 1988. This particular film had earned over $10 million in rentals in the US and resulted in a profit to Cannon of $6.5 million on the basis of its US release alone. 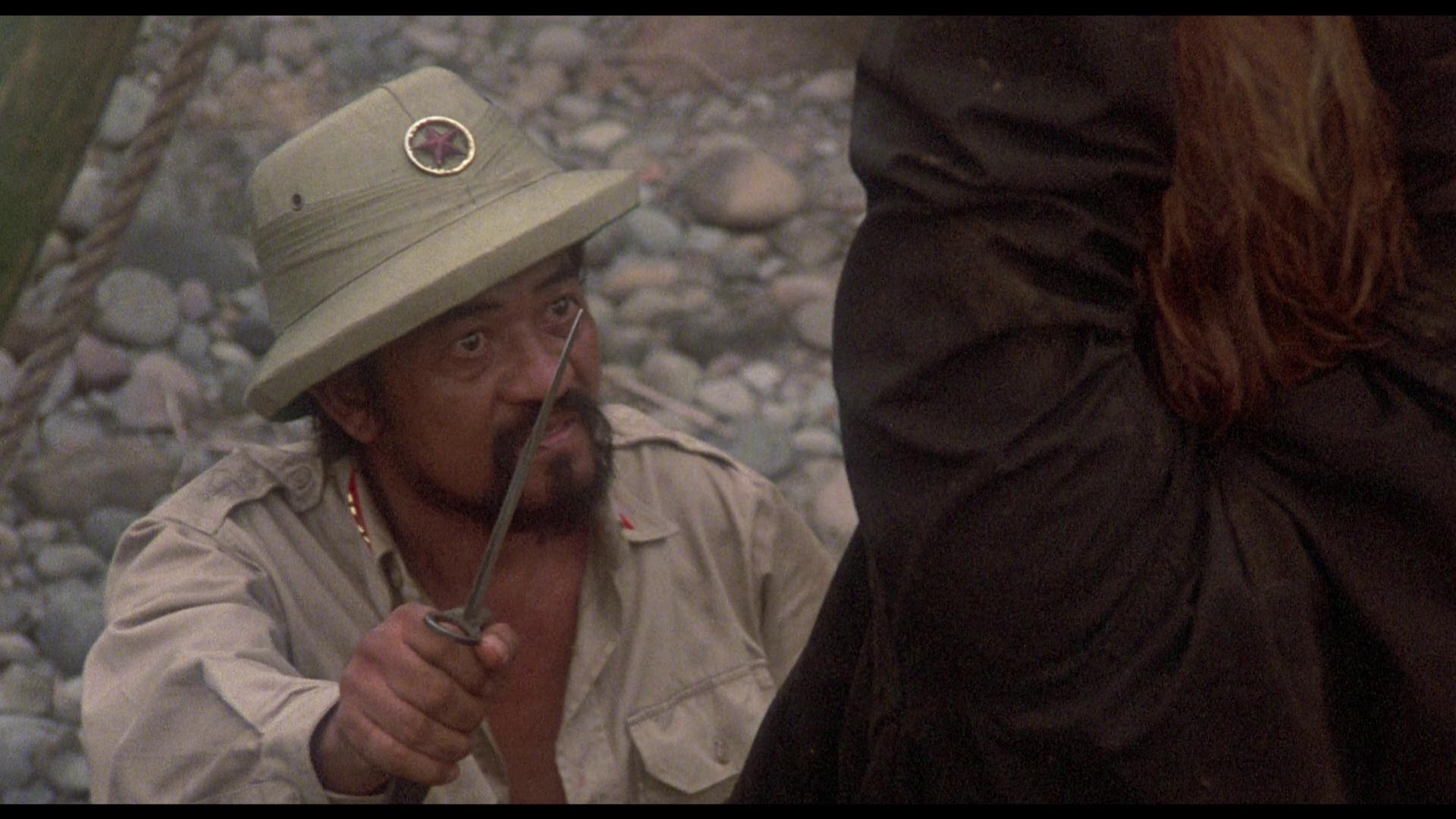 I wasn’t sure of what to expect going into Missing In Action.  With only having the pleasure of reviewing King Solomon’s Mines from Cannon Films before, I knew at the very least this film would be just as quirky and low-budget-esque (for lack of a better term).  Sure, the storyline for this film is a direct rip-off of the Rambo film, but seeing Chuck Norris up there doing the same acts of badassery that Stallone did, I really enjoyed this much more.  Yes, I still think Stallone is a great actor and has his merits, but I mean, this was Chuck Norris. 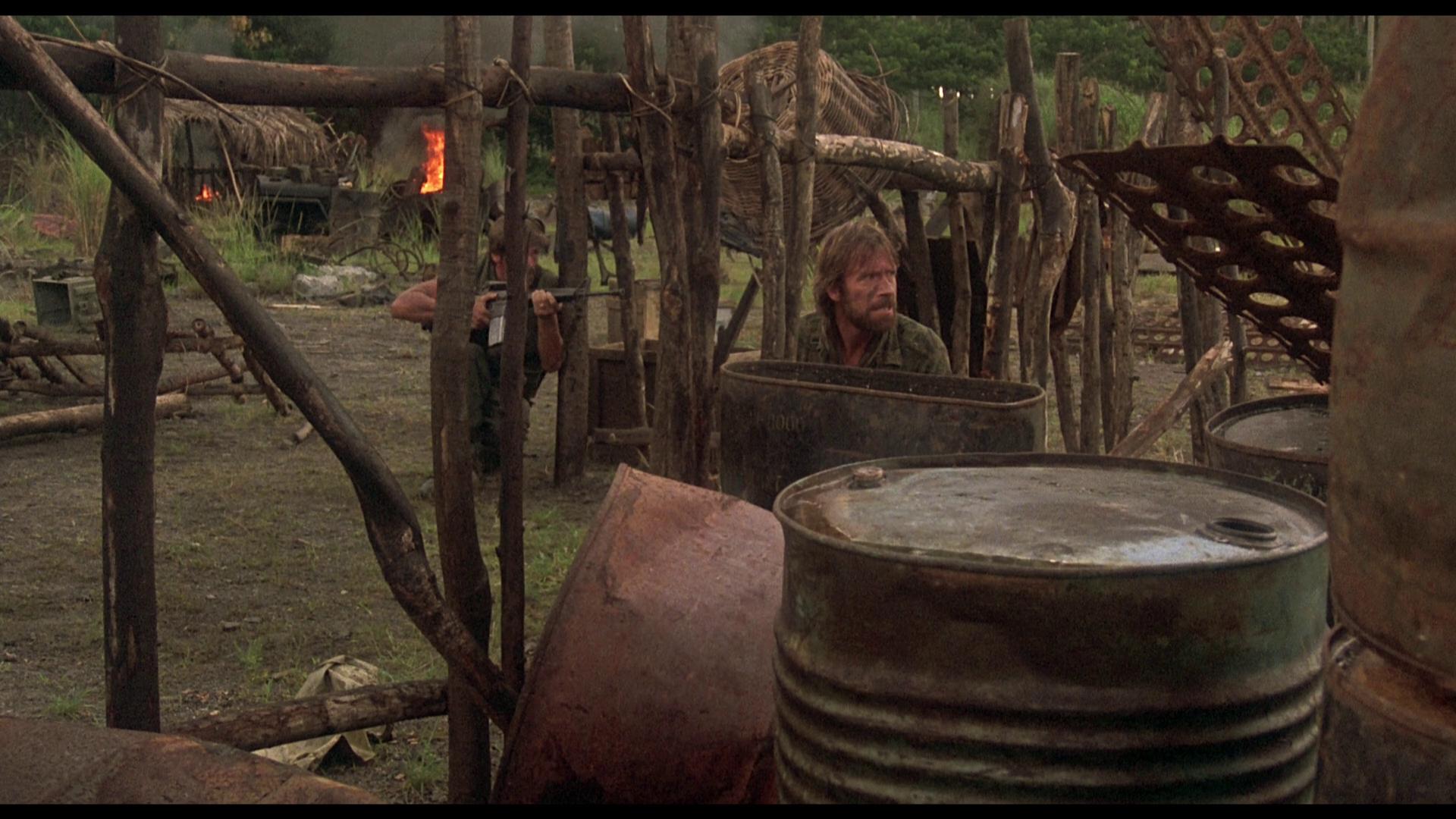 Despite being a complete remaster of the film, Missing In Action looked absolutely fantastic as it played out on my living room television.  The crew who are responsible for the remastering of this movie did a great job, the film looked as it would have back in the ’80s, but with a little more clarity.  I didn’t notice too much of an issue with the artificial grain that was added to keep that nostalgic feel, nor did I really notice any issues with the clarity of the picture as my wife and I were able to visually see and understand everything as the movie played forward.  Having an image like this should be expected since Shout Factory is the company who made this release available.

Missing In Action comes bundled with a DTS-HD Master Audio Mono track.  While I can understand as to why the Mono route was taken, as those who were working on this release wanted to help retain that original feel with this film; I couldn’t help but be let down significantly as they didn’t even offer an optional 5.1 track for a more immersive experience.  The 2.0 audio track was clean and clear and we were able to hear everything without having to manually adjust the volume levels on the receiver.  I just wish they would’ve included that optional track for a better listening experience. 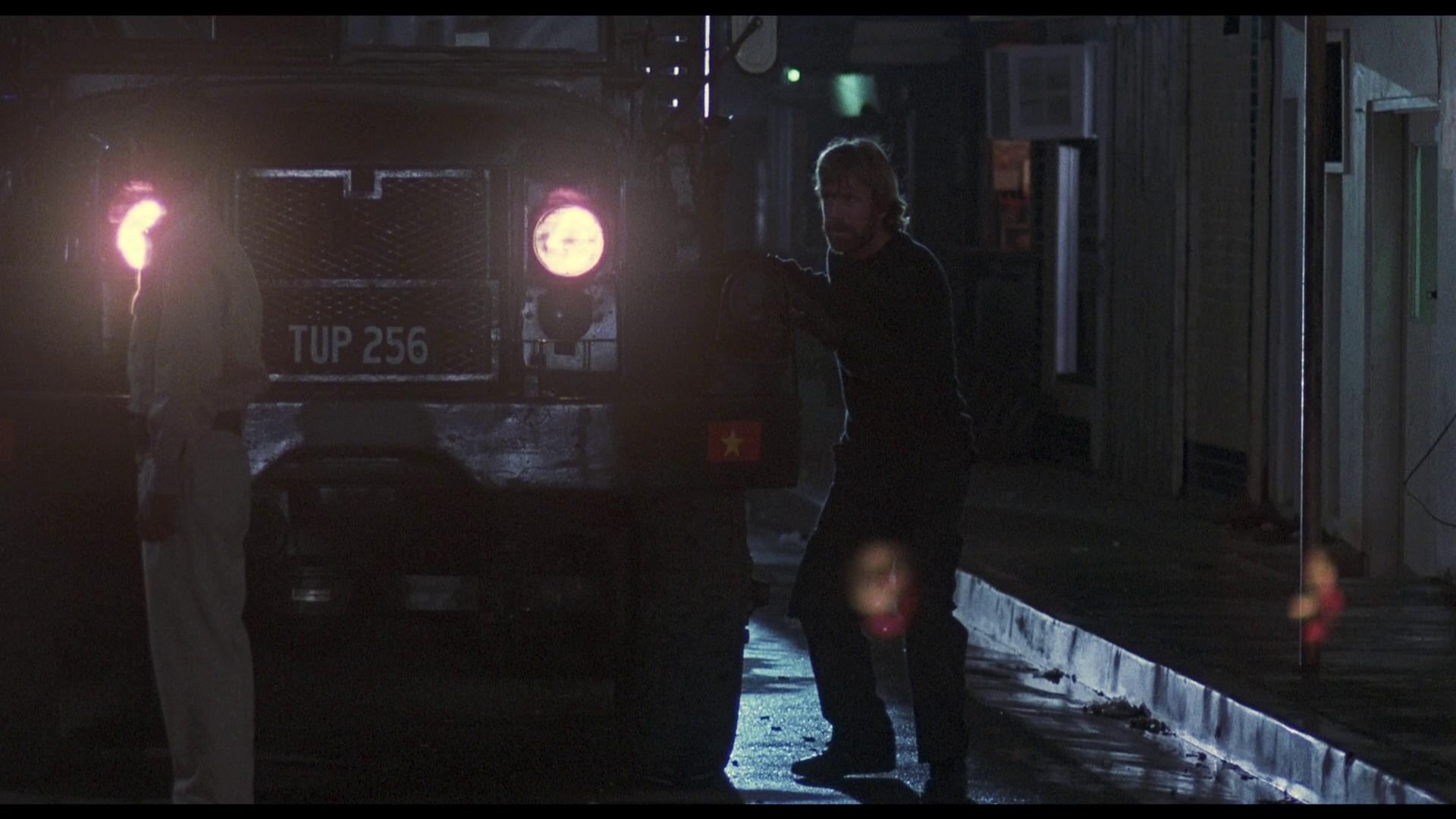 Missing In Action comes packaged in your standard single-disc Blu-ray amaray case.  Within that case is the standard Blu-ray copy of the film that does feature a slight piece of artwork that’s relative to the film.  The inside of the case art also includes artwork similar to that of what’s on the disc.  There is no DVD copy of the film included, nor are there any digital copy redemption pamphlets.  There is no slipcover available with this release.

There really isn’t a significant amount of additional content on this release.  However, there are, what I feel, enough additional items that allows consumers who purchase Missing In Action to explore the film at-hand a little bit further.  Included with this release is: 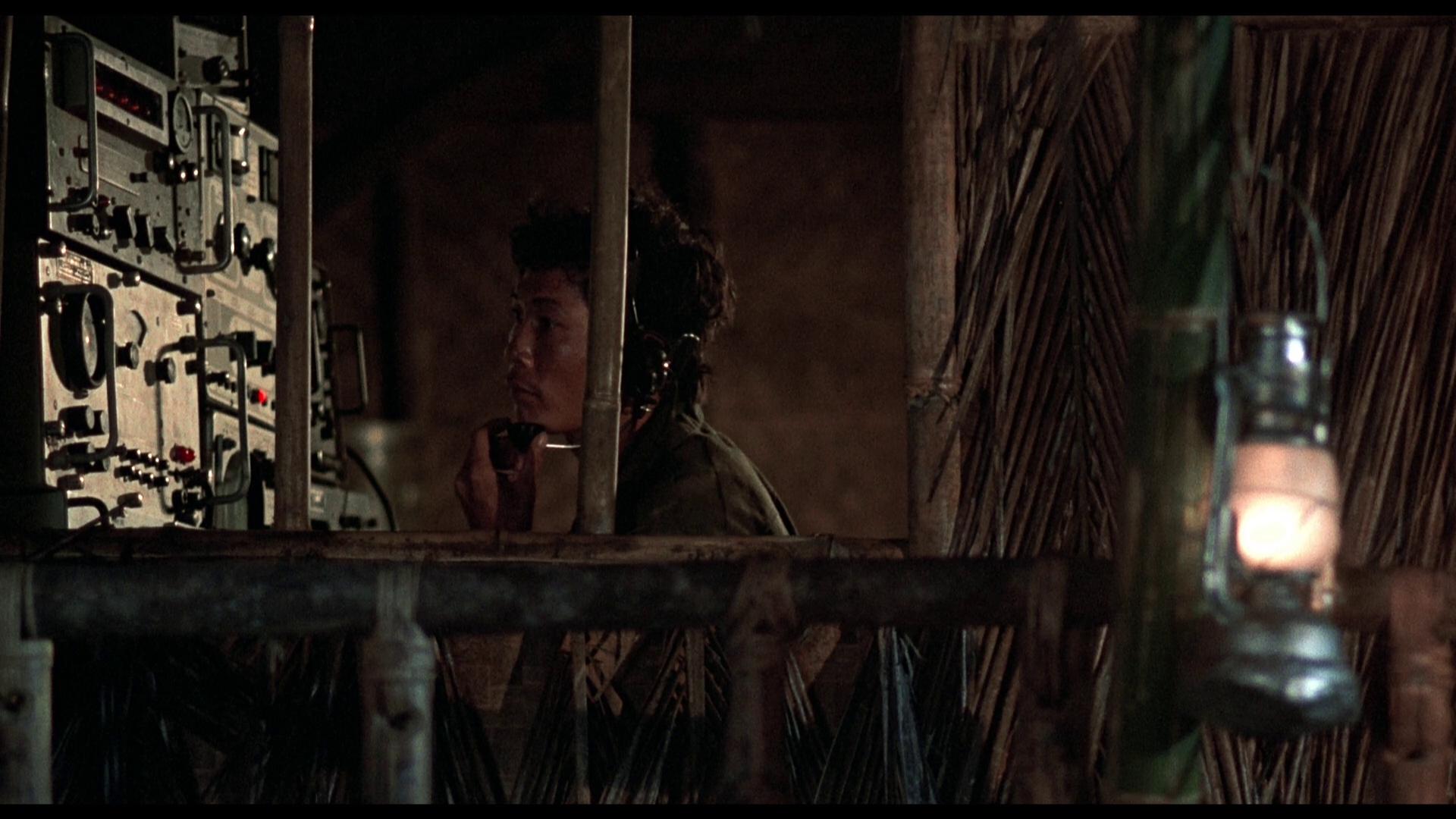 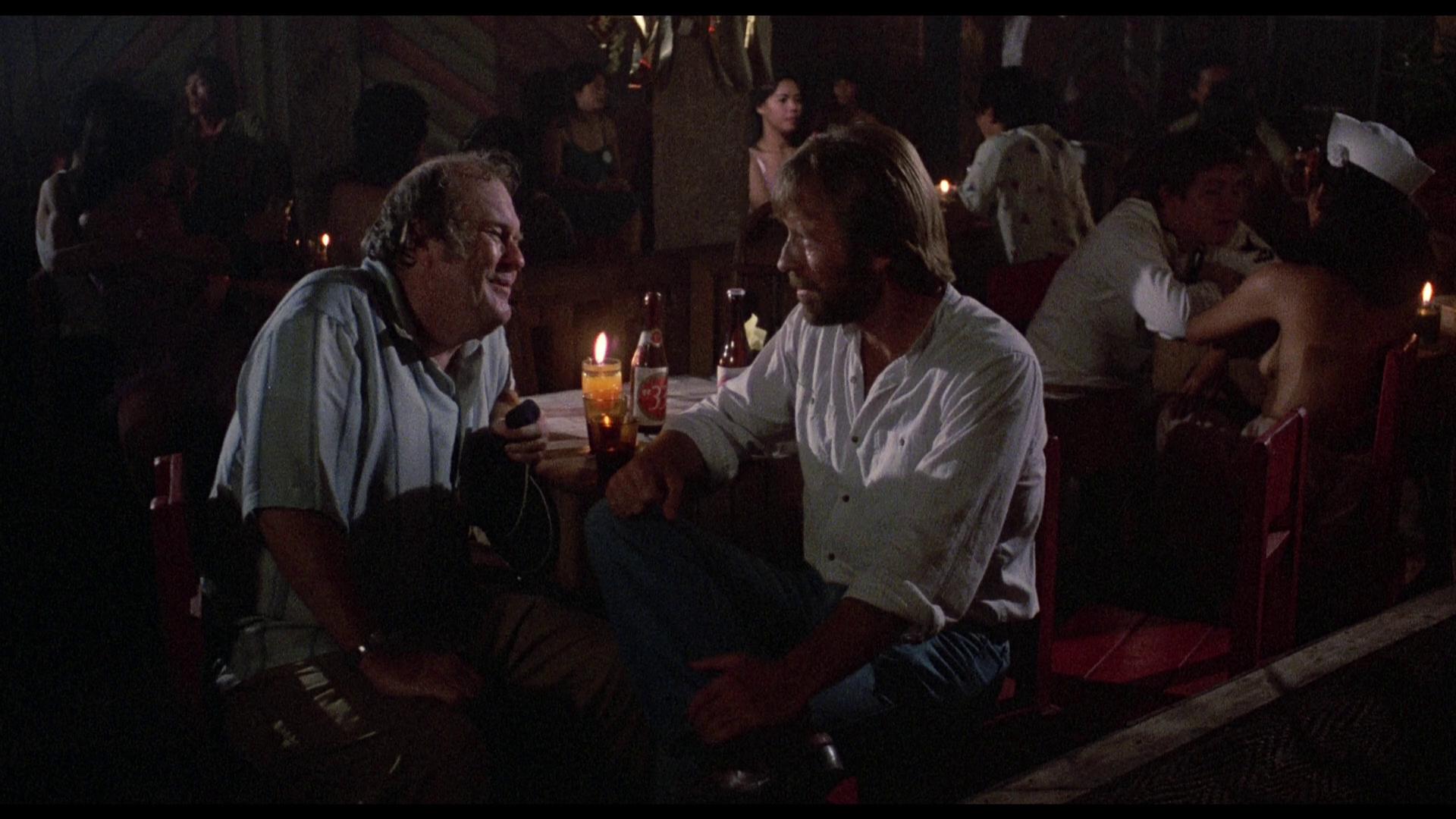 Generally speaking, I was really glad to have picked up Missing In Action.  I knew going into this film that it would have similar levels of quirkiness to King Solomon’s Mines.  The overall picture quality of the Blu-ray release was excellent, however the audio definitely left a little to be begged for.  I understand why they offered the track that they did, but some of us do like the option to expand into more channels with our home theater systems.  There’s a few additional items that allows people to dig deeper into the film and its release further; I’d definitely recommend picking this film up if you’re a fan of Cannon films or even a fan of Chuck’s earlier pieces of work. 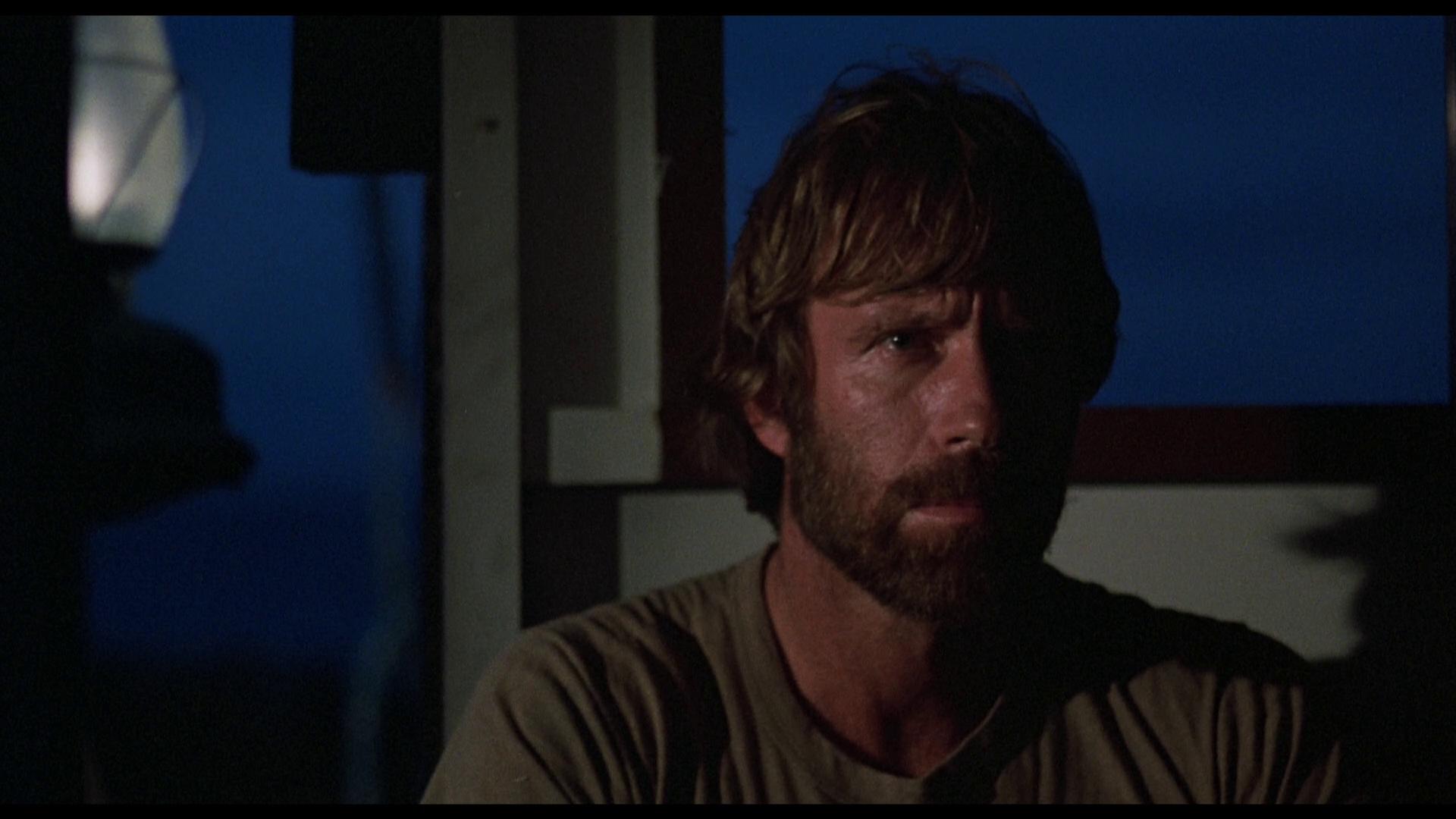