Miss Bala (Spanish for Miss Bullet) is a 2019 action thriller film that was directed by Catherine Hardwicke and written by Gareth Dunnet-Alcocer, based on the 2011 Mexican film of the same name. The film stars Gina Rodriguez, Ismael Cruz Cordova, and Anthony Mackie, and follows a woman who trains to take down a Mexican drug cartel after her friend is kidnapped.

Centering itself around Gloria Fuentes. She’s a Latin-American makeup artist from Los Angeles, and she’s gone on a trip to visit her best friend Suzu in Tijuana, Mexico. When the pair decide to go to a local night club, Suzu wants to impress people to help her chances in a beauty competition that she’s recently entered. When Gloria goes to the bathroom, armed gunmen break in through the vents and attempt to kidnap her out of a stall, but ultimately give her time to escape while they are attacking the building. The next morning, she Gloria is unable to contact Suzu and she decides to ride with a police officer to try and find her. When the officer takes a break, Gloria is taken by members of the Las Estrellas gang, the same group of men who shot up the club.

The film was released in the United States on February 1, 2019, by Columbia Pictures, in Dolby Cinema, and has grossed over $15 million on a $15 million operating budget. While Rodriguez’s performance received some praise, critics compared the film unfavorably to the original, saying that it suffered from “bland action and predictable story beats”. 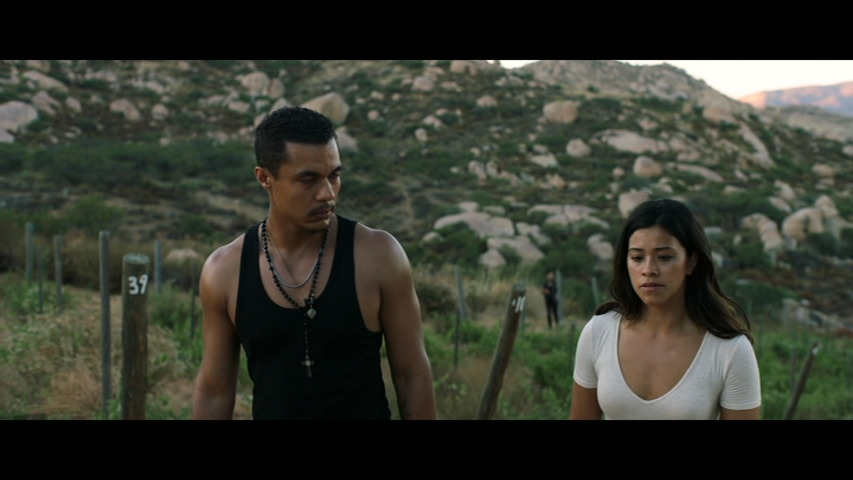 While I will immediately start off with the fact that I have not seen the original film, the 2019 release of Miss Bala offers a pretty solid and serviceable experience that makes everything work together. Sure, it’s not an absolutely fantastic movie, but it’s one that was able to hold my attention from beginning to end, and had just enough action in it that grabbed my interest right from the get go. Rodriguez’s performance was without a doubt the best part of the movie, and sitting down with this the other night has definitely created enough interest in my house to plan on checking out the earlier film. 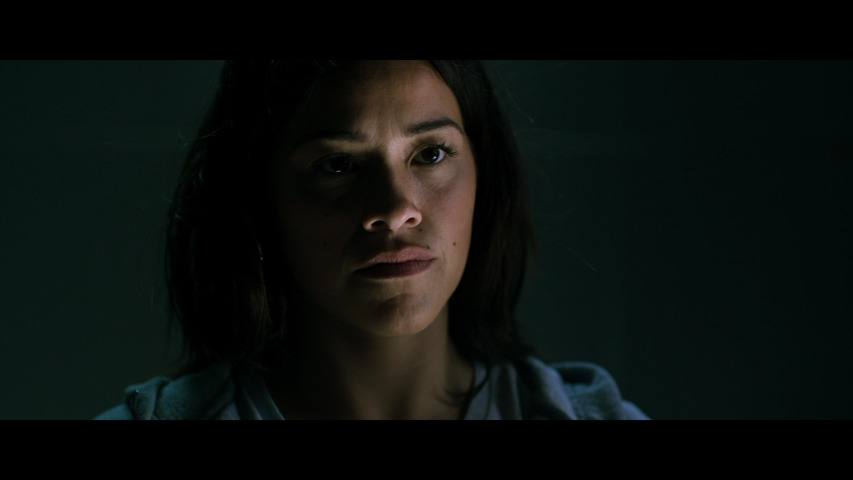 Miss Bala was digitally photographed, allowing for viewers to experience a considerably clean and clear cut experience into the risks that come with visiting a place like Tijuana. Overall, the visual presentation of the DVD release lets viewers to visually see and understand everything that’s going on; but there’s a definite lack of granular detail to the release due to the visual restrictions of the format. Everything definitely felt natural, allowing for an appreciation for the efforts that went into making the movie; I think it could have been better experienced with the opportunity to see this in 1080p. 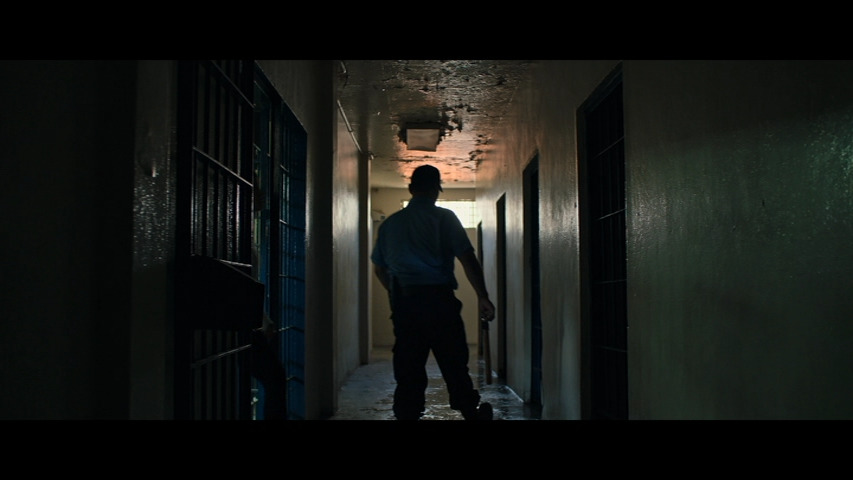 Packaged with an English Dolby Digital 5.1 audio track, the DVD release of Miss Bala gives its viewers a pretty decently made experience that allows them to certainly be able to hear and understand everything as it’s happening. While there really aren’t any parts that offer a jaw-dropping experience, the notable action sequences certainly making sure that their importance and severity are conveyed. The audio isn’t as immersive as it could’ve been had I be reviewing a Blu-ray copy; however given the limitations of the DVD format, I can attest to this being one of the better audio tracks that I’ve had the pleasure of experiencing on DVD. The dialogue is spoken cleanly, and the characters are able to be heard with a small adjustment to the default volume level of my receiver at the beginning, and no need for any kind of adjustment as it progresses. 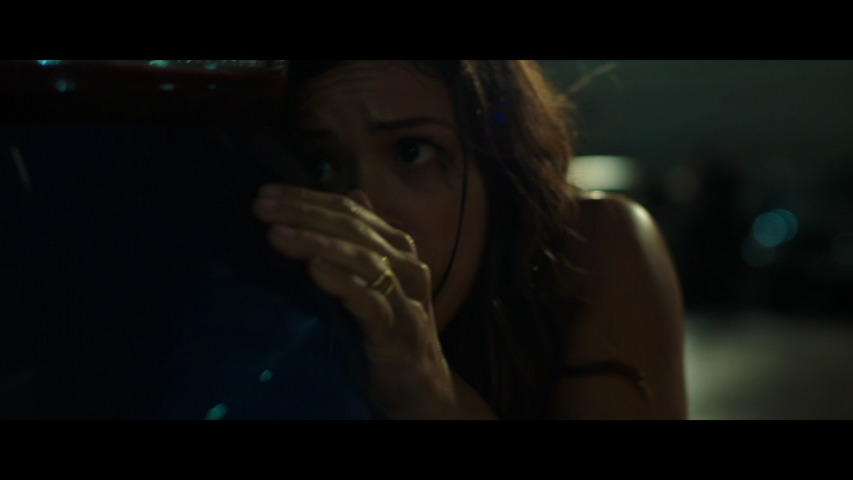 The DVD release of Miss Bala comes packaged in your standard single-disc case.  In that case, the DVD copy of the movie, the disc featuring no artwork that’s related to the movie outside of the standard release text.  There’s a digital copy redemption pamphlet included; but, there is no slipcover available with this release.

The DVD release of Miss Bala comes with a number of features included that offer not only a look into the storyline, allowing for some insight and some answers to questions that were raised while watching; but also shares some of the experiences that were had with the cast and crew during the filming of the movie. Included with this release is: 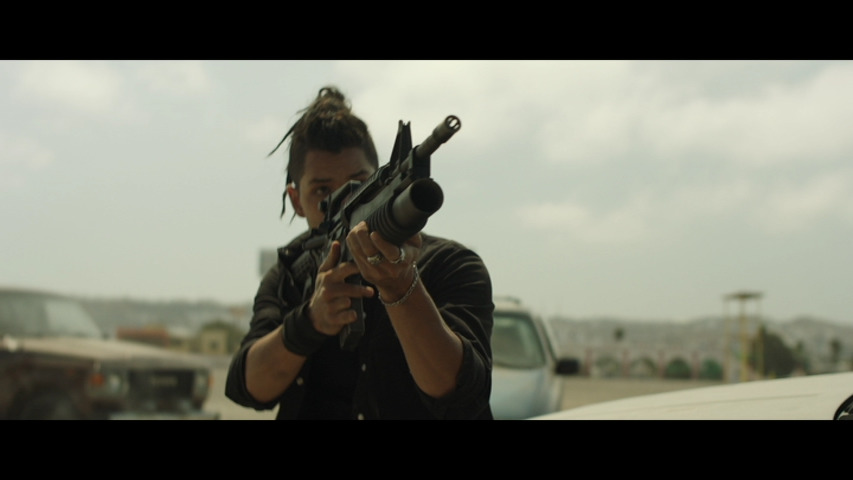 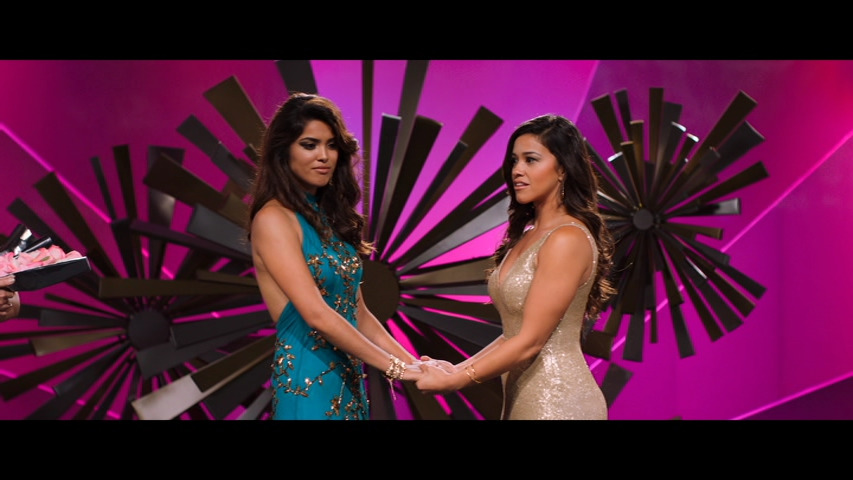 Generally speaking, I was pretty surprised with Miss Bala. While I can’t really pose any kind of comparison to the original film, as seems to be the trend on a lot of the feedback that’s been posted to the internet; this movie gave my wife and I a pretty enjoyable time. Overall the visual and audio experience of the DVD were clean, and everything was able to be understood without any kind of strain. The special features were an enjoyable visit, and definitely answered some of the questions I had after watching through this. If you’re considering this release for your collection, it might not be your cup of tea, so you should definitely rent it before deciding to pick it up. Miss Bala is available on Blu-ray and DVD today. 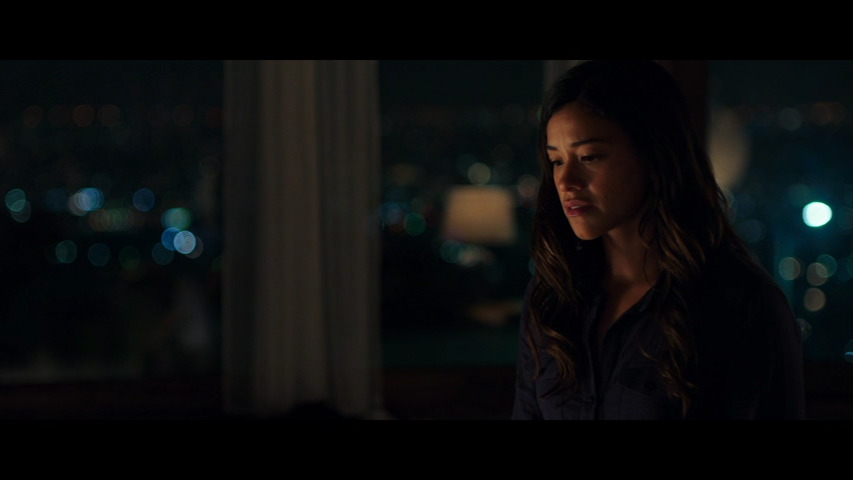