Mid90s is a 2018 American coming-of-age comedy-drama film that was written an directed by Jonah Hill, in his feature length directorial debut.  It stars Sunny Suljic, Lucas Hedges, and Katherine Waterston, and follows a 13-year-old boy who begins to hang out with an older group of skateboarders while living in 1990s Los Angeles.

Following the story of 13-year-old Stevie, who lives with his aggressive, fitness-obsessed over brother Ian, and his single mother Dabney.

On March 20, 2016, it was announced that Jonah Hill would be making his directorial debut from his own spec script, Mid90s, a film that he would not appear in.  In March 2017, Lucas Hedges joined the cast, while in July 2017, it was reported that Katherine Waterston signed on and that Sunny Suljic had joined the cast in the lead role.  It was also revealed that principal photography on the film had began.  The film had its world premiere at the Toronto International Film Festival on September 9, 2018 and was released in the United States on October 19, 2018, by A24 Films.  Overall, it received generally positive reviews from critics, who called it a “promising first outing for Hill”. 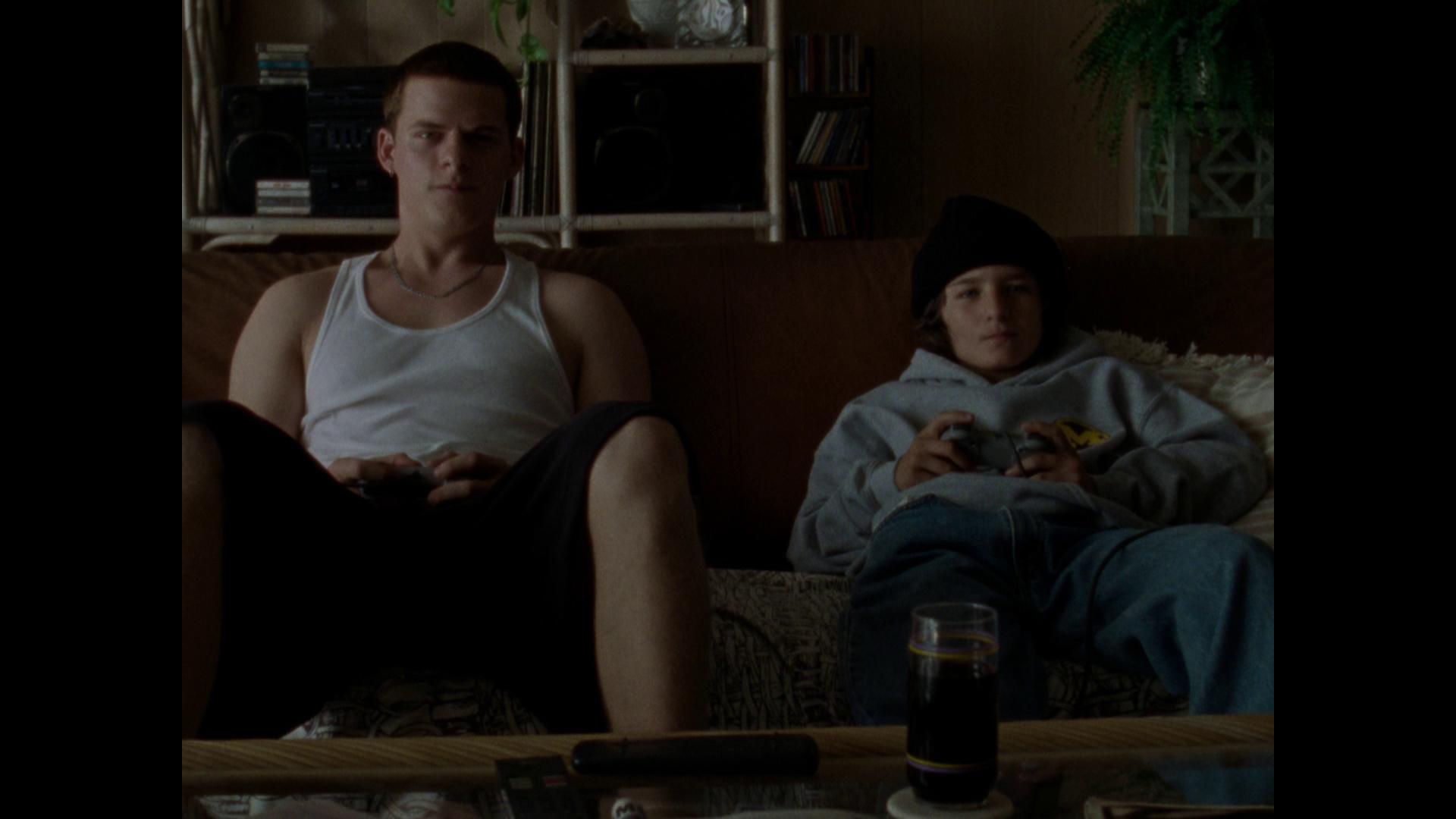 As Jonah Hill’s directorial Debut, Mid90s the young wannabe skater kid, Sunny Suljic as he’s clearly gotten himself involved with a group of kids that have been making a variety of bad decisions throughout their general curiosity in things, and they explore a lot of the items that are used as an escape from reality. With this little club of skateboarder friends, he and his group make their way through Los Angeles skating, and trying to “live the life”. One of the problems that I had while watching this movie was the fact that there was little to no focus provided on the overall level of dysfunction within his immediate family. It’s inferred pretty heavily, that this was the result of his decisions; but, there should have been more attention to this particular element. With his group of friends, while they all seem like your standard incomprehensible stoner-aged kid from our childhoods, they all seemingly are charming in their own unique way, and the are all very supportive of each other. Glorifying itself on the character personalities, Mid90s gives viewers a basic “slice of life” drama that a lot of us will find to be relatable, and I really wouldn’t be surprised to see this movie mentioned somewhere within the Academy Award nominations next year. 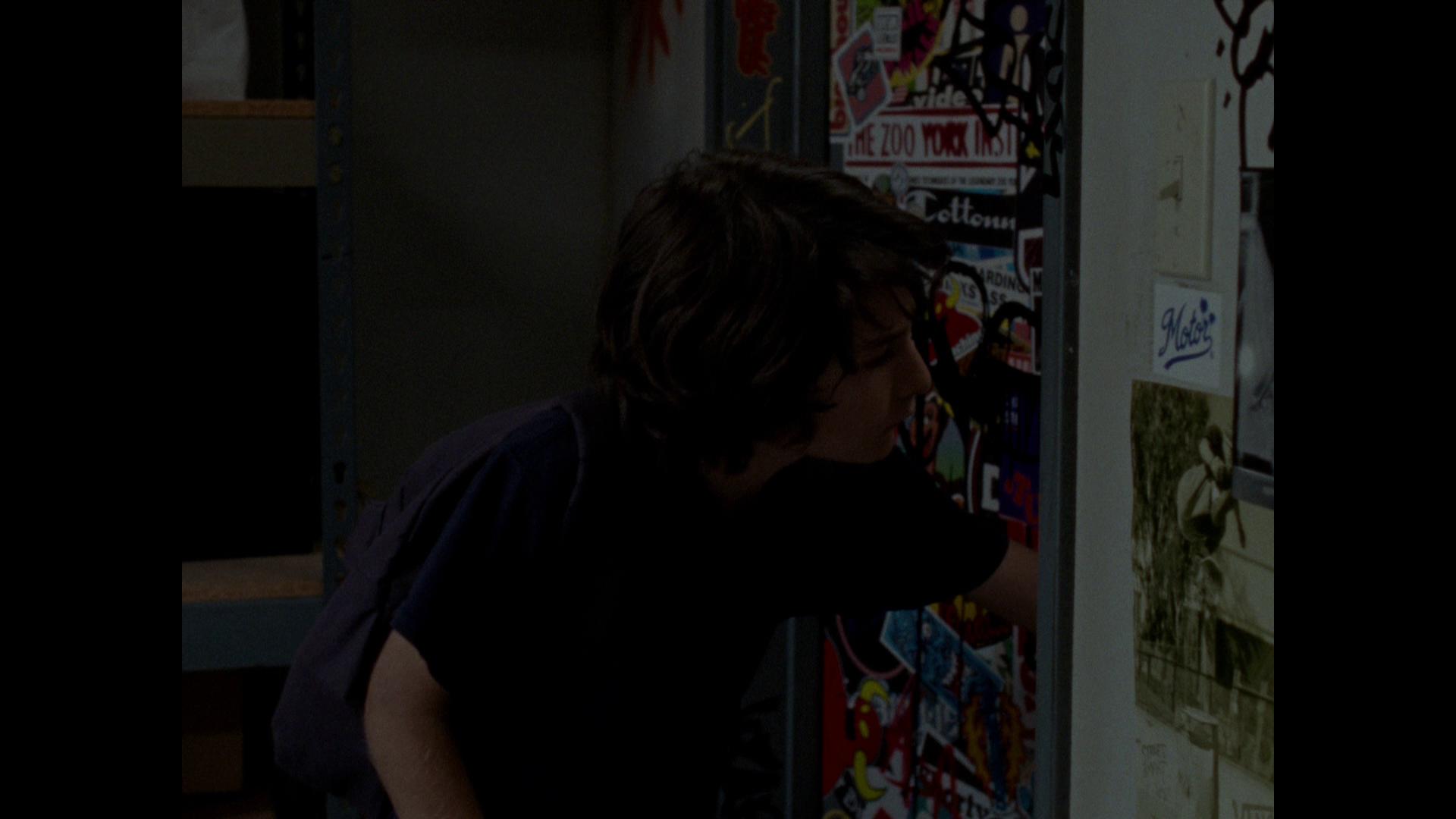 Presented in 1080p courtesy of Lionsgate Films, Mid90s features a transfer that’s been made in 1.33:1. Shot in Super 16, there is an intentional Lo-Fi look that has been described as being stylized, but my wife and I found it to be slightly distracting at times. While the release tries not to beautify the significance of the sunny landscapes, it offers more of a direct approach at following the characters and their interactions with one another. The overall colorization of the film are a little bit washed out; but that’s mostly a result of the artistic elements and the stylistic approach that Hill took with making this movie. Overall, there really weren’t any issues with watching the movie, everything was able to be seen and understood despite the occasional distraction of the black bars on the sides. 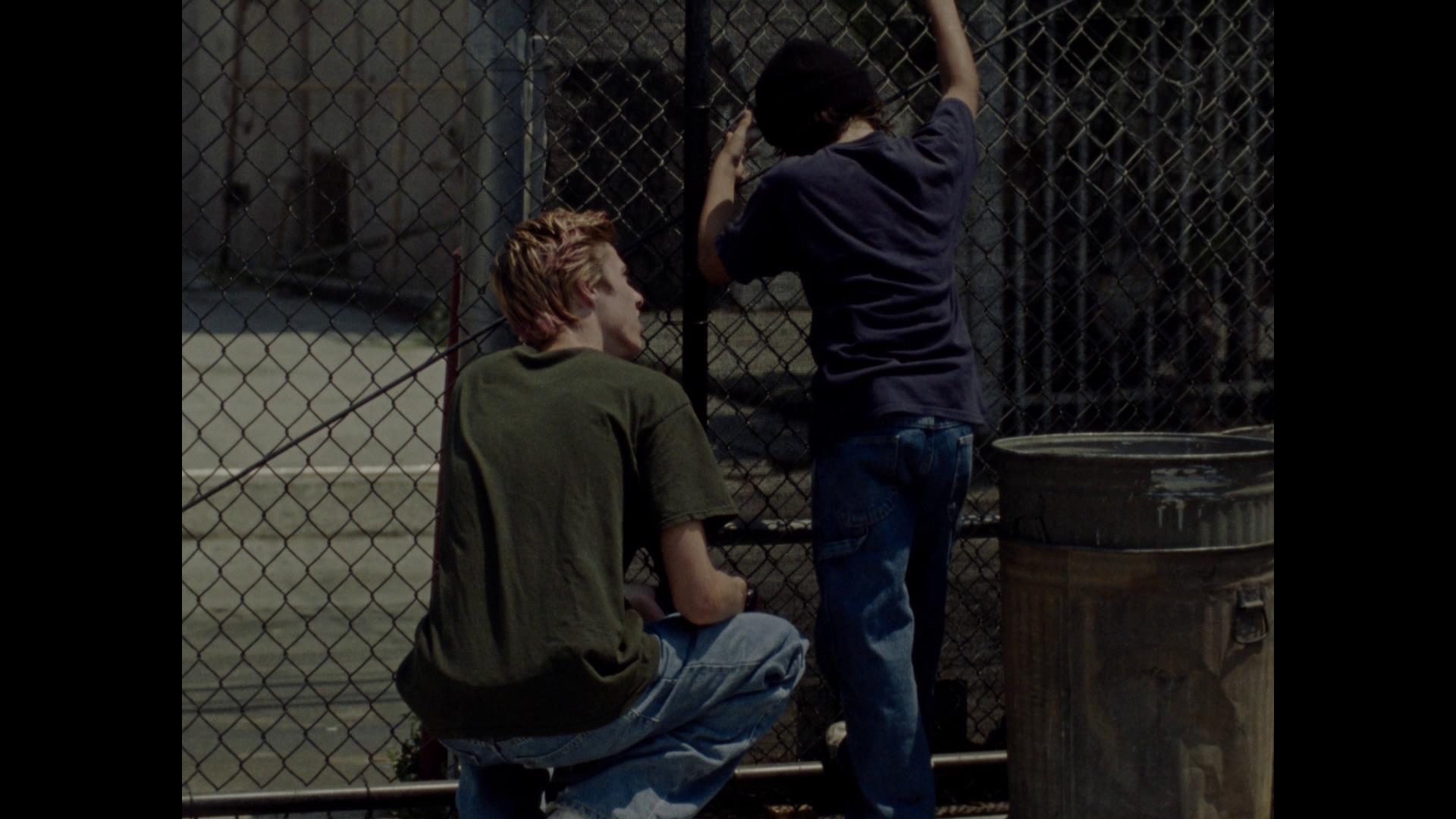 Packaged with an English DTS-HD Master Audio 5.1 mix, the Blu-ray release of Mid90s doesn’t really offer much in terms of showmanship, but it does provide a pretty consistent state of immersion for viewers with its utilization of elemental audio aspects for each scene. Additionally, the musical score that was compiled by Trent Reznor and Atticus Ross adds some level of relatability for those who grew up in this era. There weren’t any problems with the overall experience that was provided with this track as the characters were able to be heard and understood without any need to adjust the volume levels as it progressed. 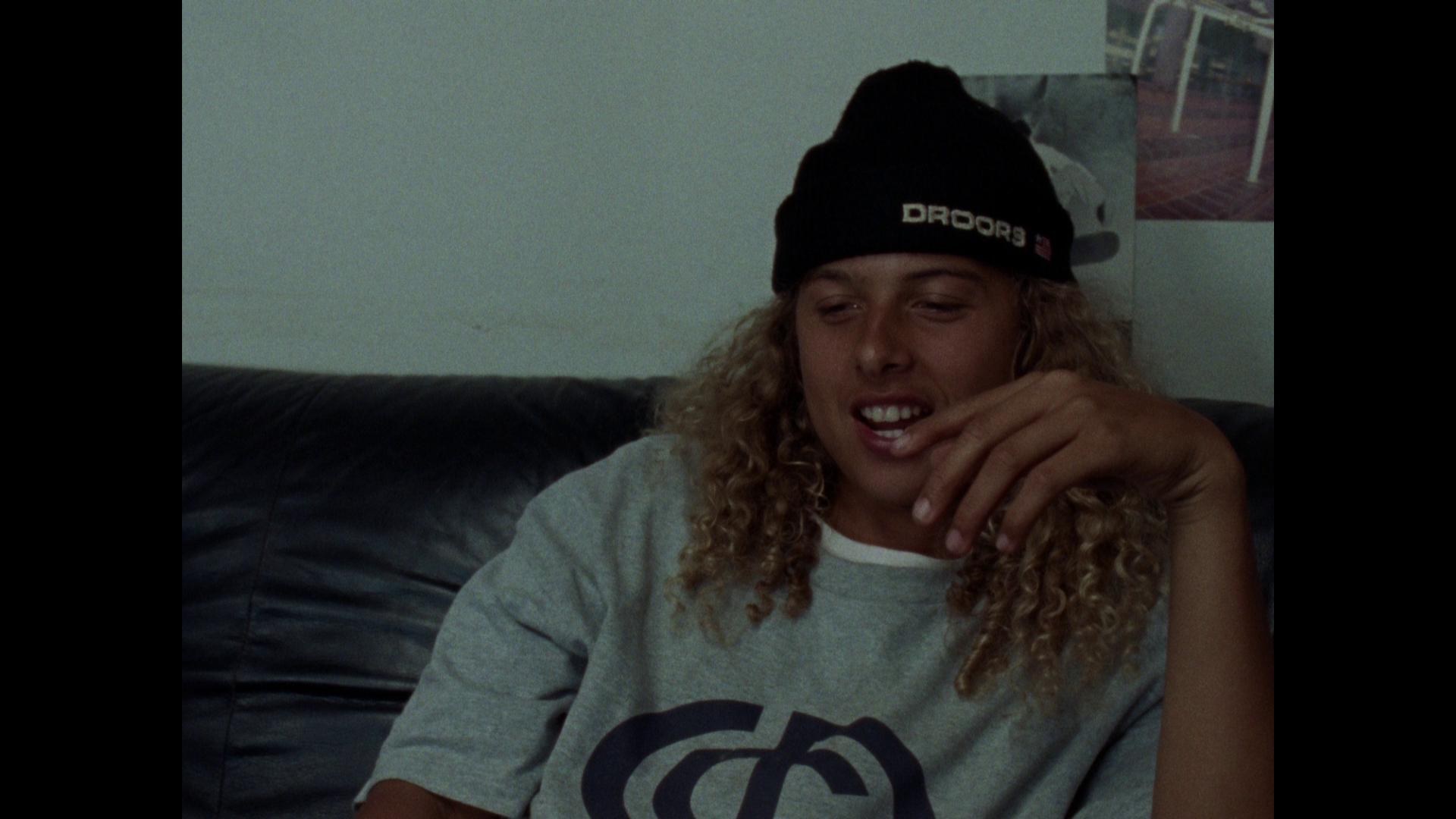 The Blu-ray release of Mid90s comes packaged in your standard single-disc Blu-ray amaray case.  Within that case is the standard Blu-ray copy of the movie, featuring no artwork that’s related to the movie outside of the standard release text and generic blue background.  There are no DVD copies of the movie included; but, there is a digital copy redemption pamphlet included.  There is also a slipcover that’s been included during the original pressing of the release that features the same artwork that’s been included on the case. 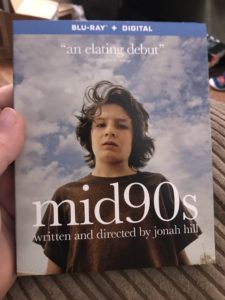 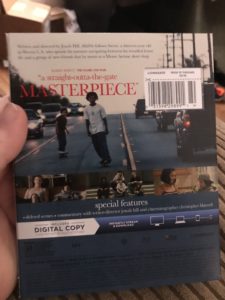 There are only a couple of features that were included on the Blu-ray release of Mid90s. With a very small expansion of the storyline, and some shared experiences between Jonah Hill and his Director of Photography, I personally feel that there could have been more included with this release, especially with the room on the disc making for opportunity for shared thoughts, experiences and considerations that the production crew worked through during the making of the movie. Regardless, the items that were included were a nice visit for the movie, and accompany the release really well. Included with this release is: 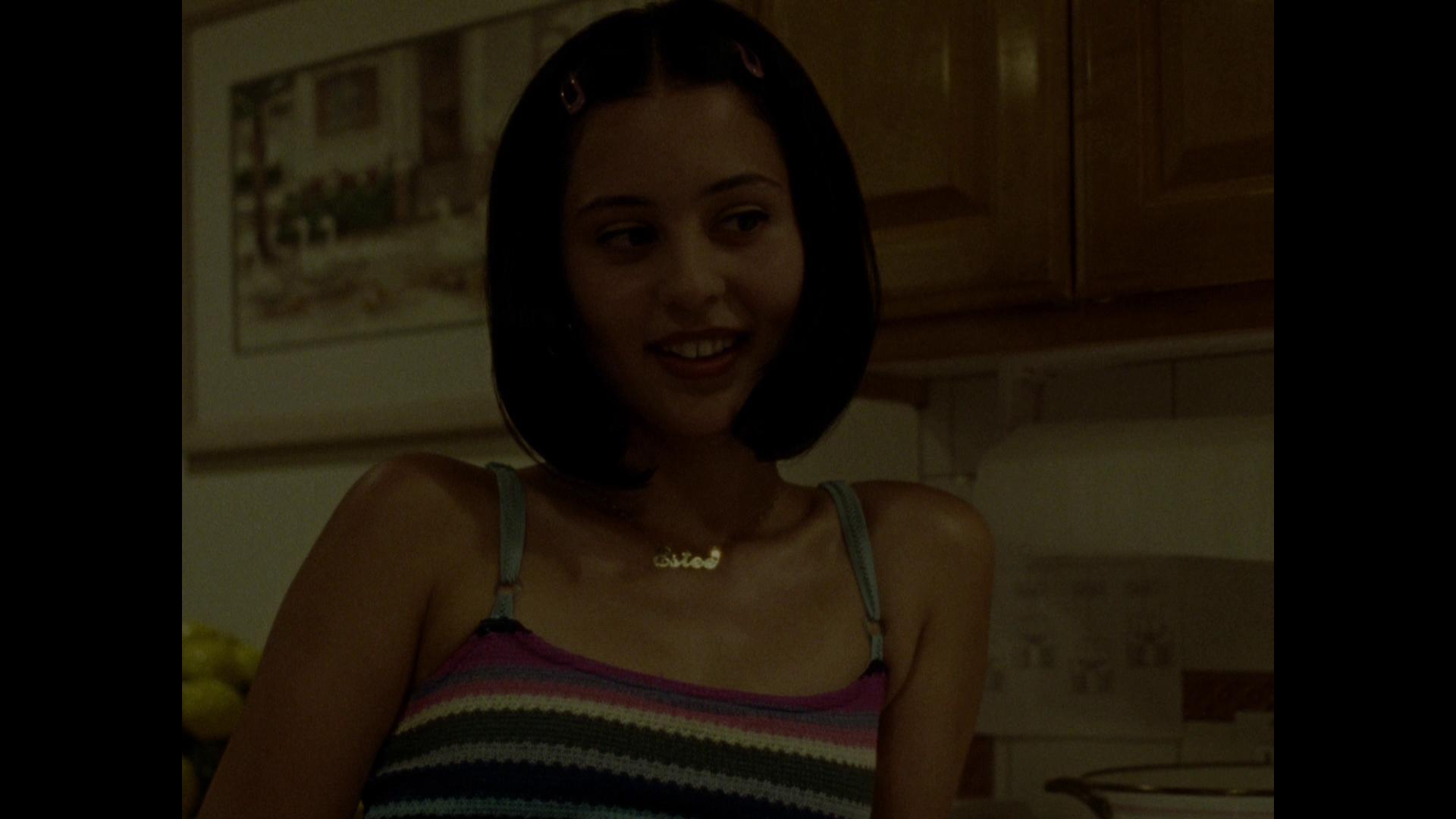 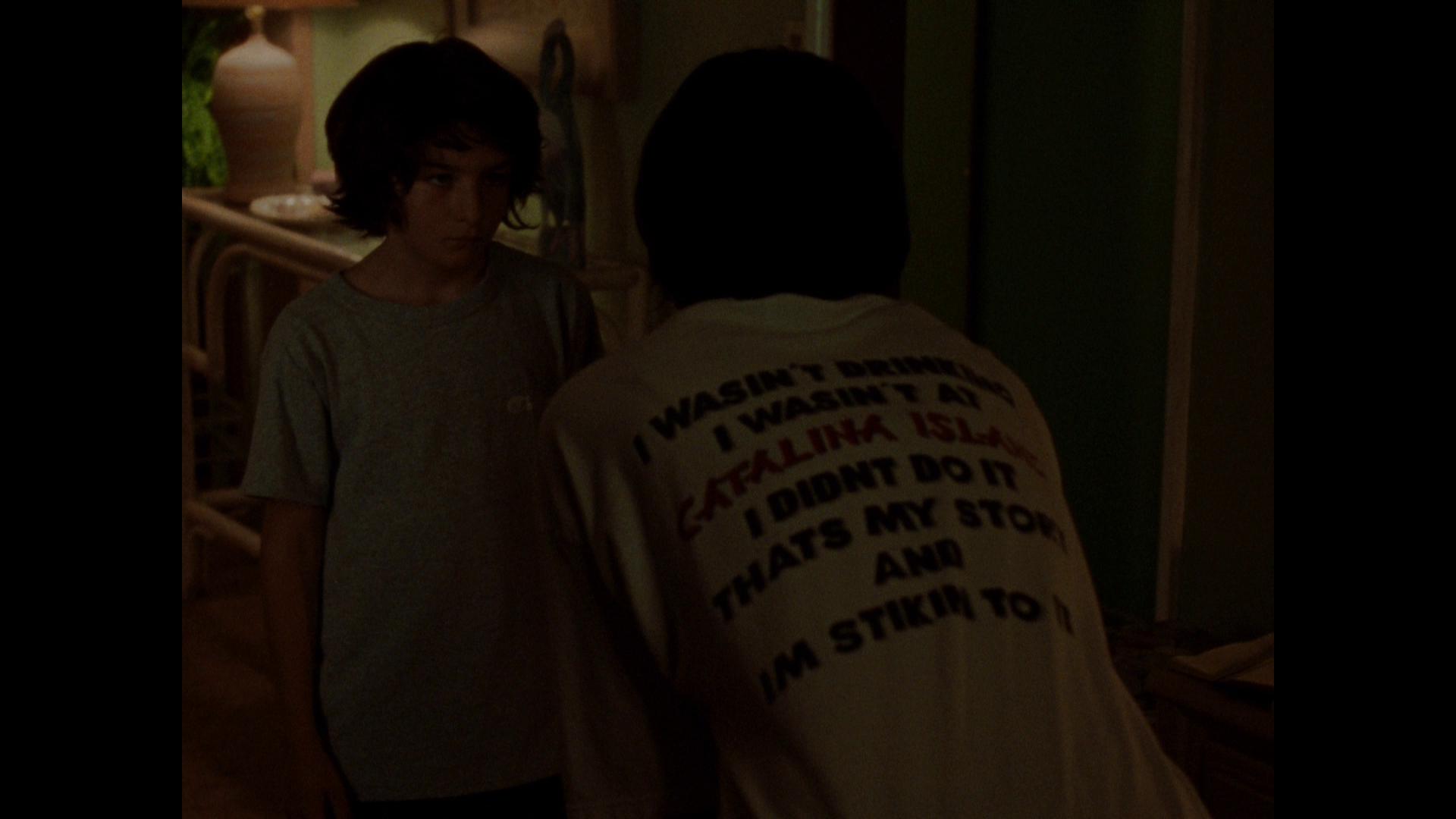 Despite the fact that the movie starts off in an “all over the place” kind of presentation, there is at least one character that viewers will find themselves to be relatable with, and they will become empathetic with to some degree, ultimately becoming a testament to Hill’s notoriety of providing a connection between the viewer and the film. Personally speaking, I wish that there were more in terms of context with the storyline. As a solid release for Hill’s first film as a director, the overall experience that this release provided was really well executed, and noteworthy of a recommendation to family and friends. The visual and audio experience that was provided by the Blu-ray release was decent enough that ensured that everything could be covered and clearly relayed to the audience, despite the occasional distraction on the visual side. Special features are considerably lacking despite providing the two accouterments that were included. If you’re considering this release for your collection, I would absolutely recommend picking it up. Mid90s will be available on Blu-ray and DVD beginning on January 8, 2019. 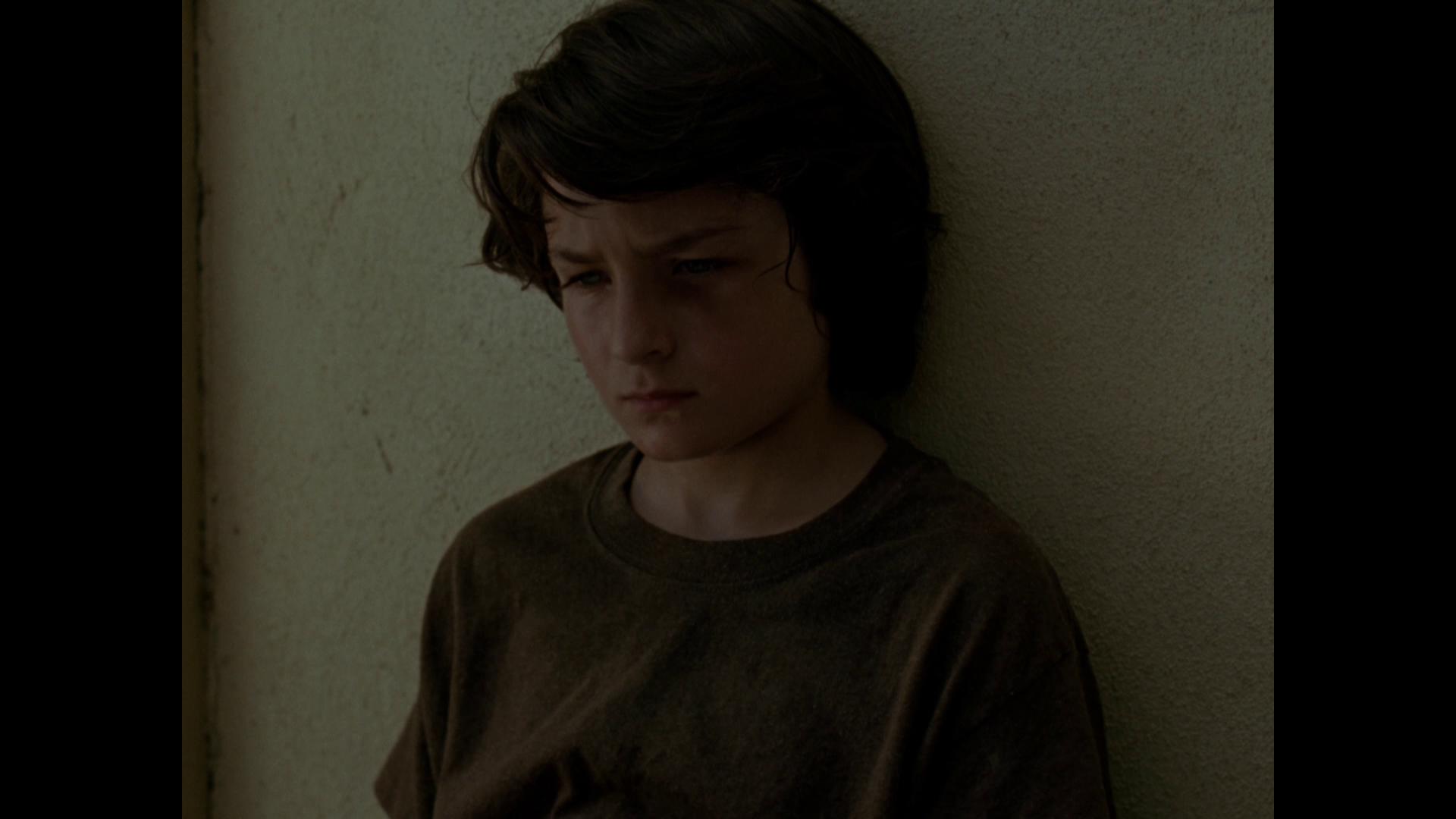