Mega Shark Versus Mecha Shark is a 2014 direct-to-video monster/disaster film that was produced by The Asylum. It was released on DVD and Blu-ray on January 2014. The film serves as a sequel to Mega Shark Versus Giant Octopus and Mega Shark Versus Crocosaurus, and is the third installment of the Mega Shark film series. It is the directorial debut of Emile Edwin Smith and stars Christopher Judge and Elisabeth Rohm, with Debbie Gibson reprising her role as Emma MacNeil from the first film.

The film starts out with a tugboat as it’s pulling a large iceberg and it’s arriving at a port in Alexandria, Egypt, when suddenly, the iceberg shatters and releases a megalodon from suspended animation. The Mega Shark begins its reign of terror by flipping the tugboat into the air until it crashes and decapitates the Sphinx that’s located hundreds of miles away in Giza. Following this particular incident, several countries around the world end up placing their ports on lockdown and impose a ban on fishing, adversely affecting the world’s economy as the megalodon continues to terrorize the seas. Meanwhile, rumors start to spread of the United Nations’ proposal to develop a weapon to combat the shark. 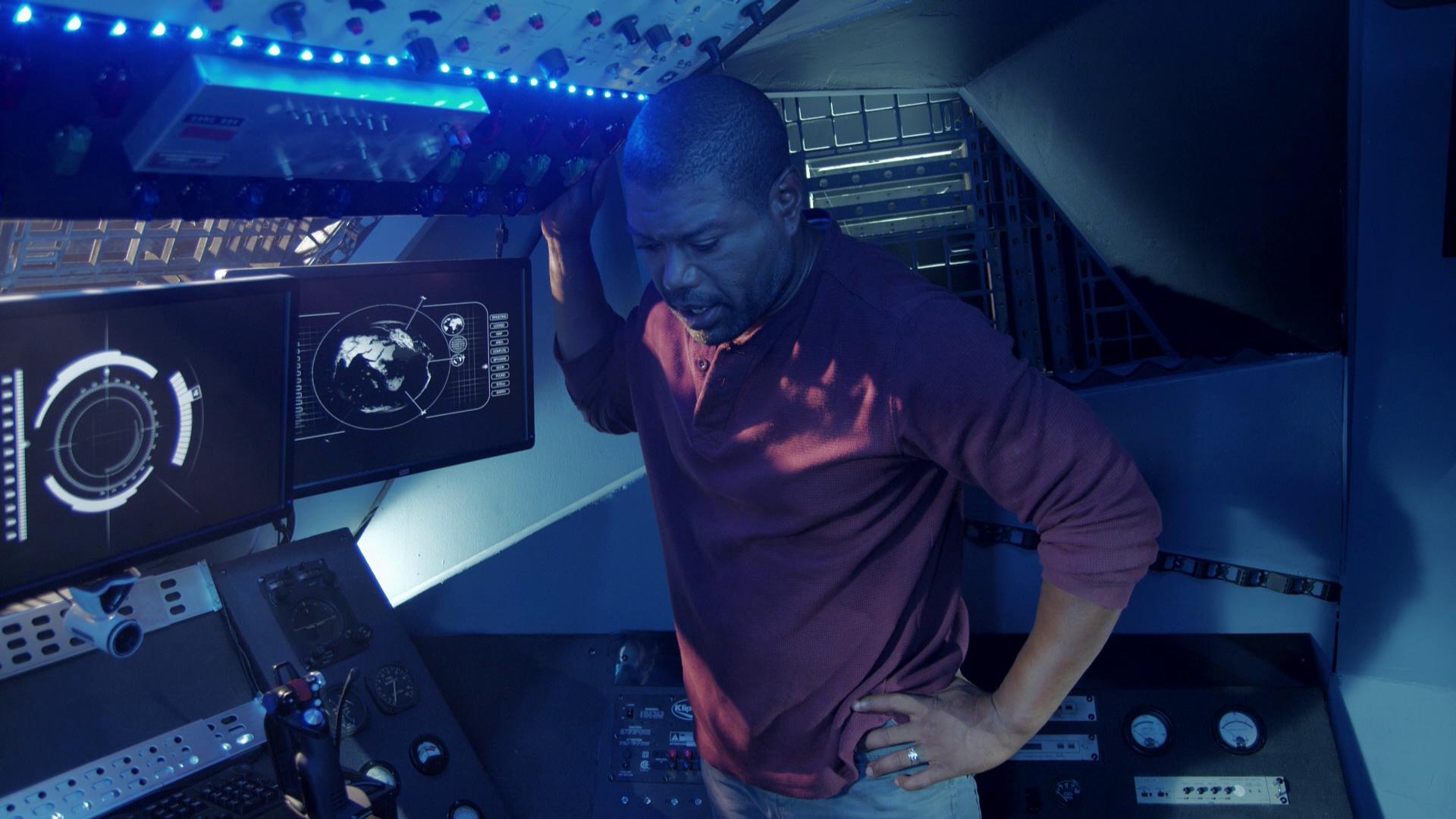 I picked up and went into Mega Shark Versus Mecha Shark knowing that this film was going to be corny as hell.  Presenting itself in a very similar manner as the Sharknado films, except with the cast and crew taking themselves a lot more serious, we’re given a story that is really goofy from the get-go.  I don’t think the concept of relocating icebergs like they are in this film is actually a thing, but I could be completely wrong.  Despite the story being a a really dumb one, it’s one that builds itself up decently and just goes completely insane as the film progresses. 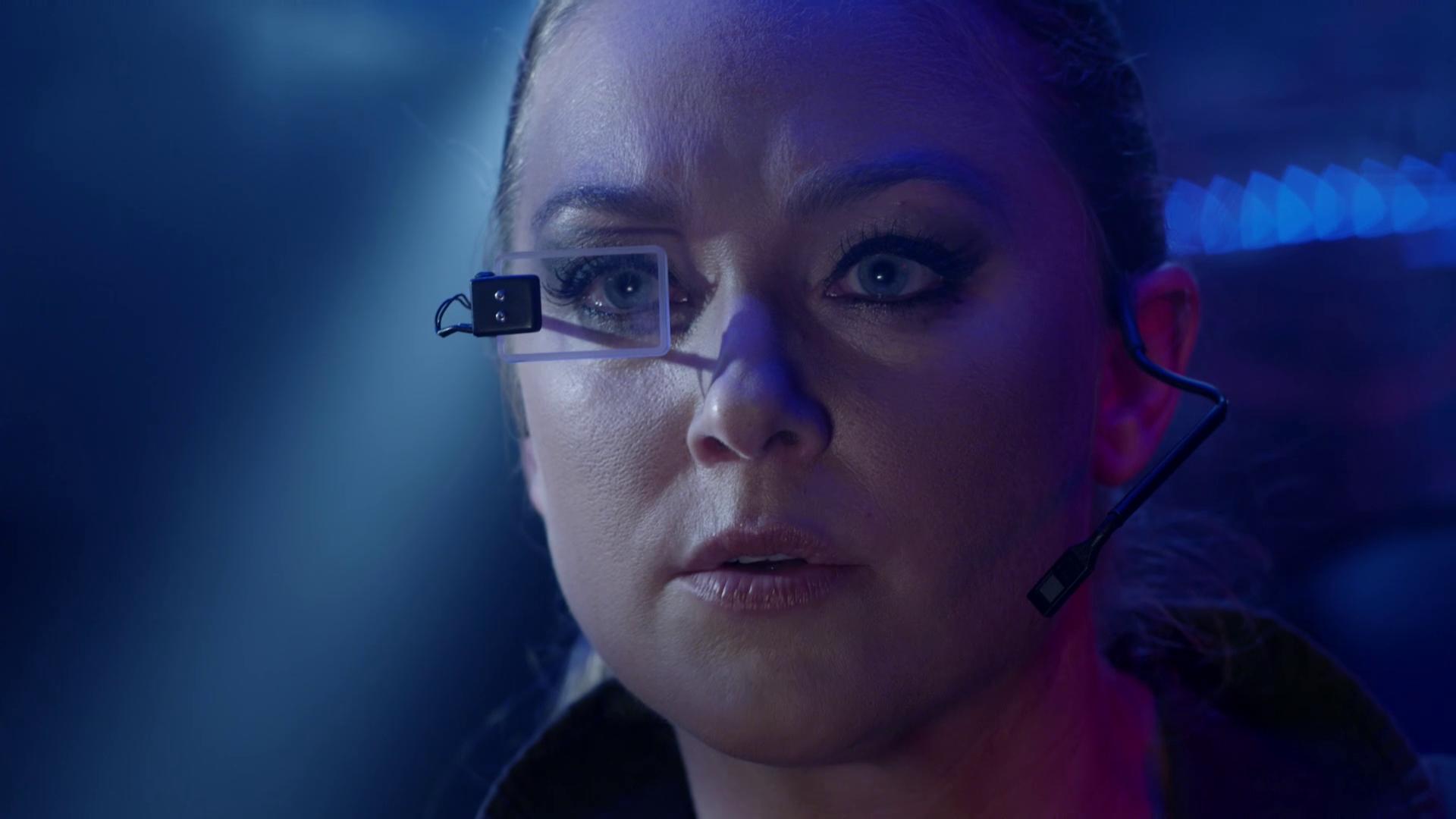 Mega Shark Versus Mecha Shark looked pretty damn good as I watched it in my living room.  Presenting some considerably beautiful scenery of various horizons in Egypt and Australia, the overall picture quality was rather beautiful.  You can definitely tell that this film is on the lower end of the spectrum of budgets.  Despite the obviously CGI animated gigantic shark that wreaks havoc across various areas, the variety in cuts in the camera pulled away from some of the effects of the terror that was going on.  It was in one scene that you’d see someone look up at a building crumbling, the camera cuts away for a quick second and when it applies its focus back on that person, they’re laying on the ground bleeding from some orifice to show their death.  In fact, one of the most laughable moments of this film was during some of the stunts that the primary cast had done, specifically the one involving a dirt bike.

Packaged with an English DTS-HD Master Audio 5.1 audio track, Mega Shark Versus Mecha Shark offers a completely lossless experience that lacks the overall expression of your standard Hollywood feature film, but, the included track is considerably enjoyable despite that fact. The presentation offers a considerably defined music score that moves really nicely with the film, really power housing through both the front and the rear speakers. The sound effects that were used with the action sequences are clearly pronounced, and offer a booming bass track and beautiful ambience with the corresponding scene. Dialogue is clean, clear and completely understandable without having to adjust your volume levels as the film progresses. 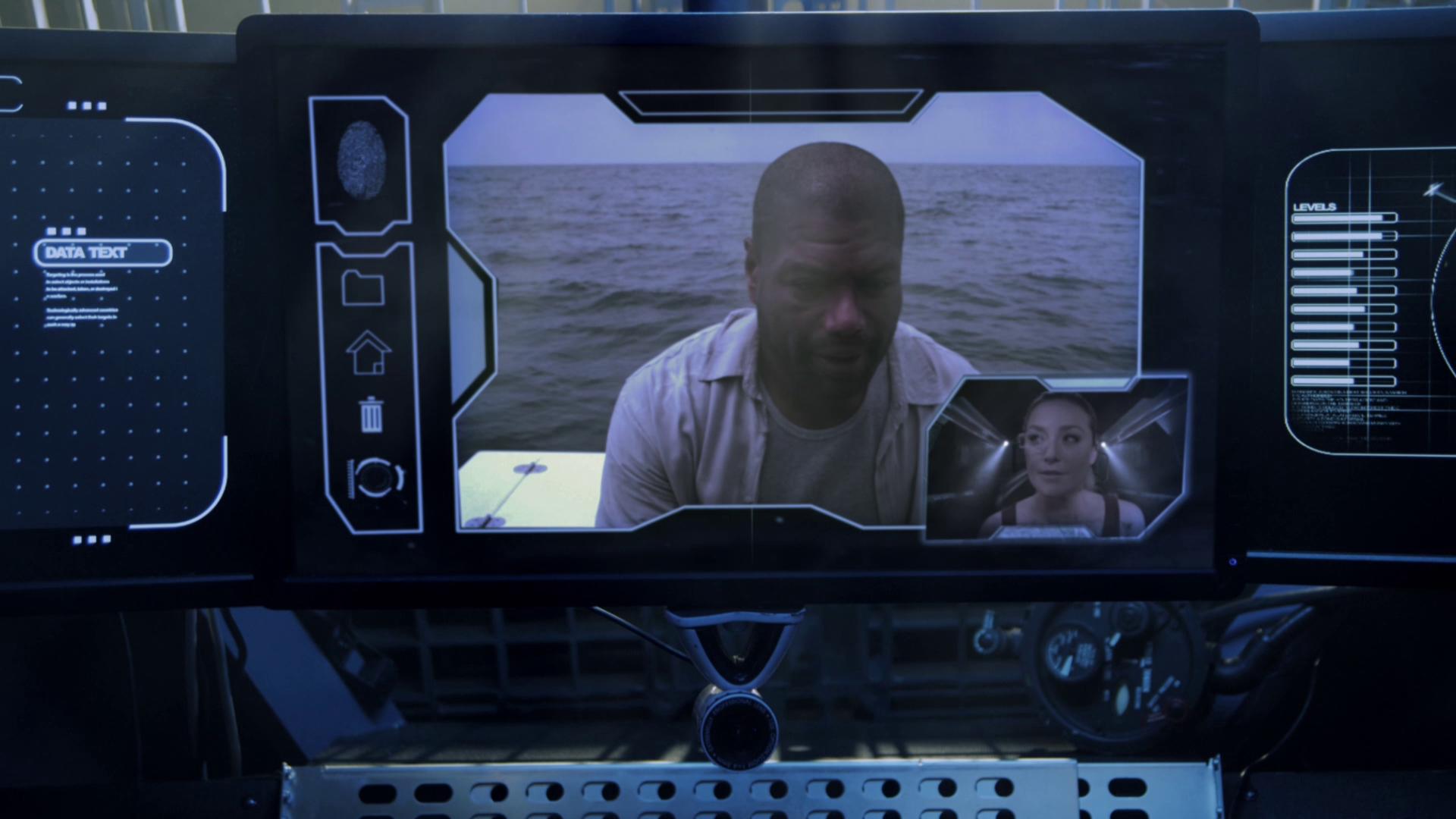 Mega Shark Versus Mecha Shark comes packaged in your standard single-disc Blu-ray amaray case.  Within that case is the standard Blu-ray copy of the film, the disc featuring a piece of artwork that’s related to the film and matching that of the case art.  There are no DVD copies of the film included, nor are there any digital copy redemption pamphlets.  There are no slipcovers available with this release. 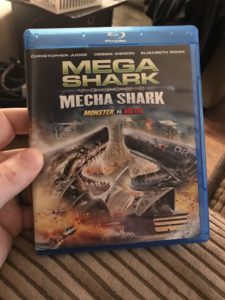 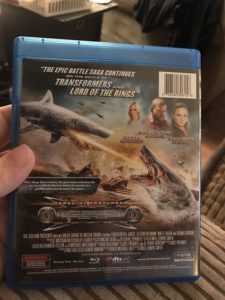 Mega Shark Versus Mecha Shark is my first experience with an Asylum production, so I honestly had no idea of what to expect in terms of additional content.  There are a few items that have been included, some of which offering a behind the scenes look into the work that went into the film, as well as some of the fun that was had by the cast during production.  The only question I have for Asylum is why would you include the “Audio Selection” piece in the Special Features?  Included with this release is: 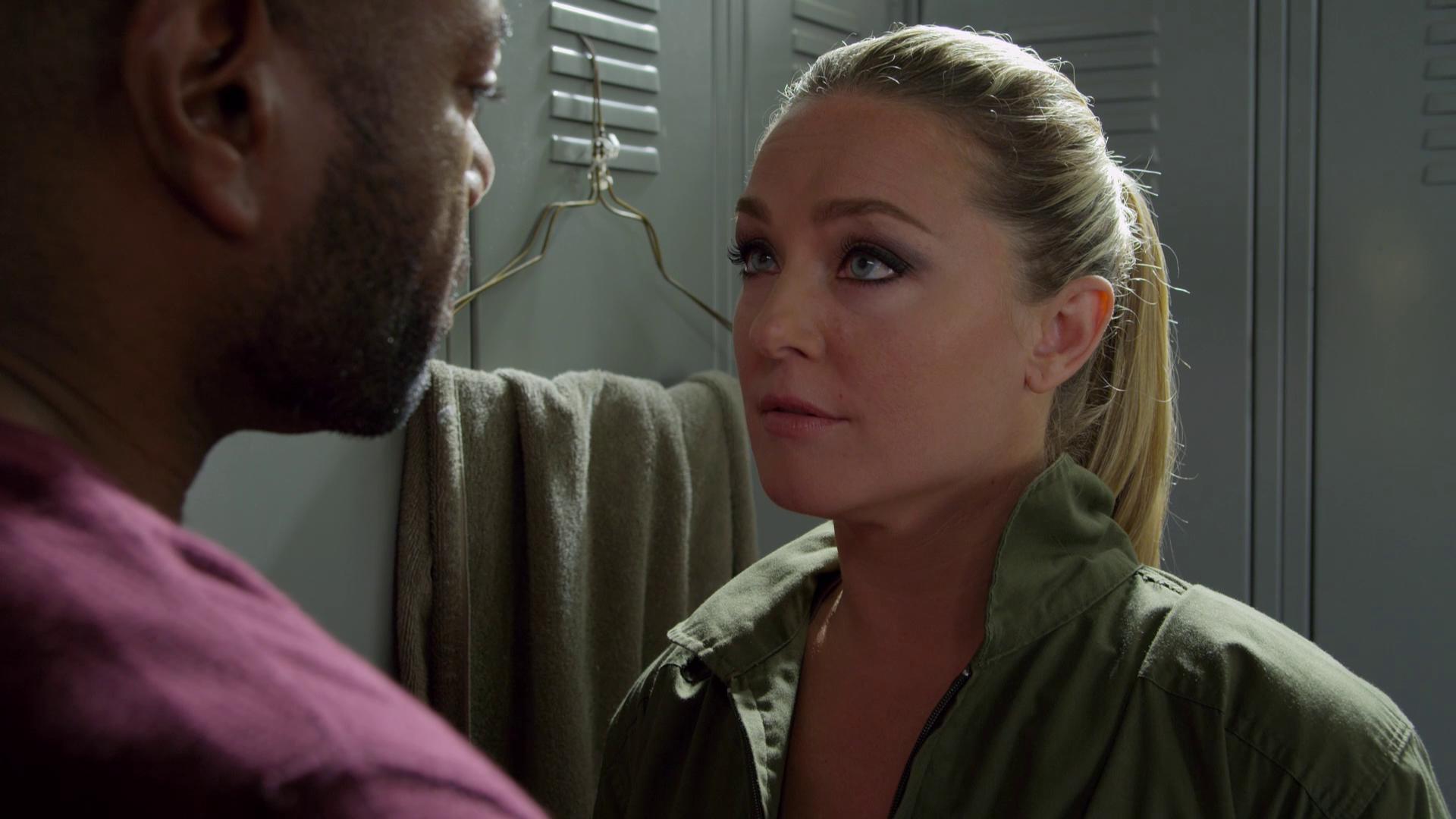 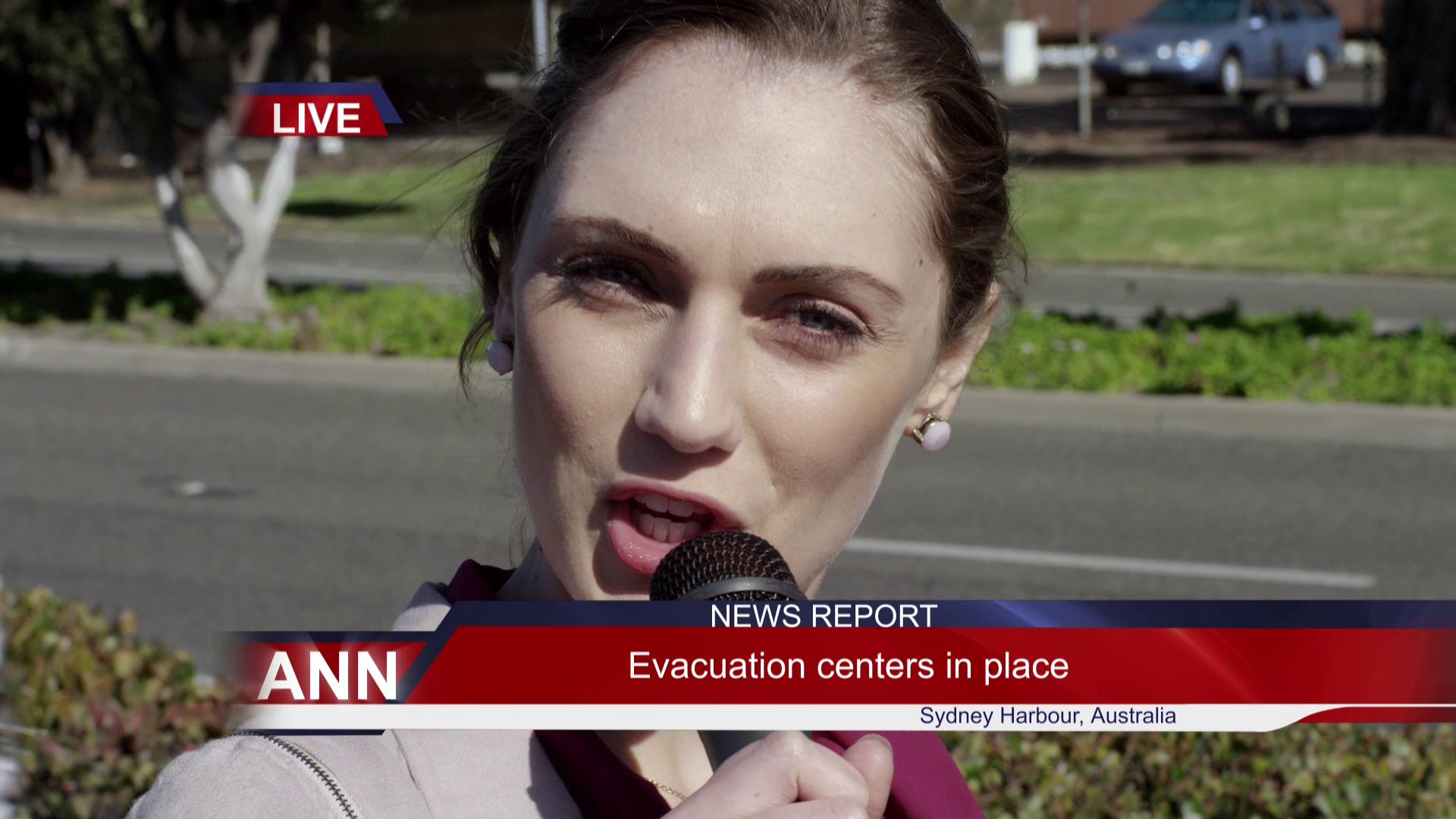 Like I said earlier on, I went into Mega Shark Versus Mecha Shark knowing that this movie was not going to be anything great.  Hell, the only reason I picked it up was because the people over at PopUp Pack had it on sale as part of their Christmas Sale last month, and I think I only paid like $3-$5 for it.  Picking it up made for a fun experience overall, as this film presents itself in a really goofy manner and really takes itself way too seriously.  This is definitely a film that should not be taken seriously at all.  The audio and video presentation of the movie was really well done, and made everything clean and clear throughout.  The special features were minimal.  If you’re considering grabbing this film for your collection, I can’t really recommend it.  I can only say that you definitely need to be a fan of dumb, campy monster hits like this one to add Mega Shark Versus Mecha Shark to your library, and you really shouldn’t pay any more than $5 for it if you do. 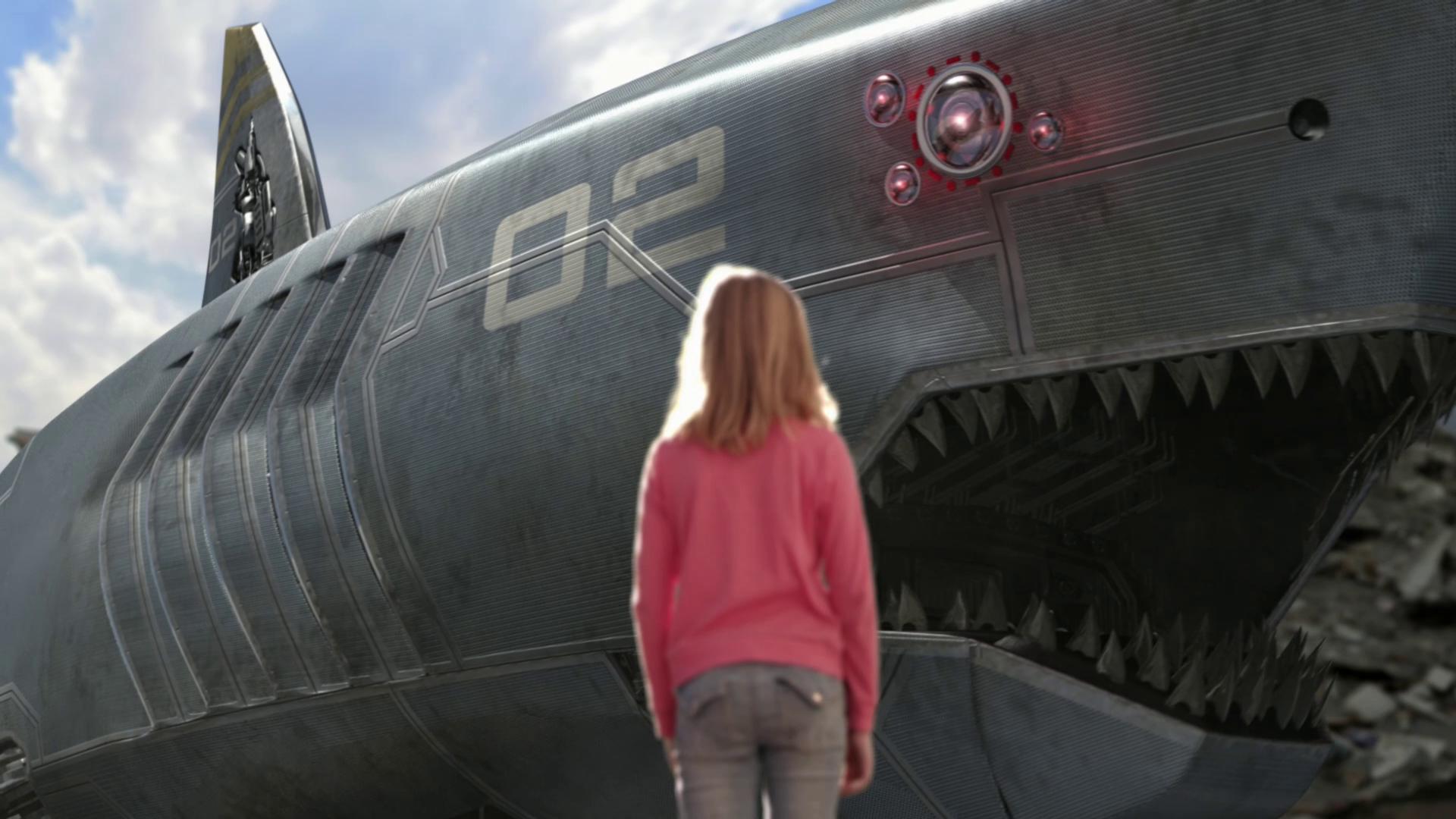