The giallo persists. Born from the mind of Mario Bava and a few others, the distinctly Italian take on horror, erotica, and mystery continues to skulk in the shadows of film. While even the most amateur of horror fans can recall, the full depth of the subgenre is surprisingly rich if not very diverse. Formula, these days, can be either a prison or a celebration and knowing which is which is the purview of a very few. With the recent wave of film distribution digging into those genres which have always been little more than an easily missed niche in the greater pool of film fandom, consumers have had options available to them in terms of film ownership that are unprecedented since the time of the VHS boom. Each new distribution company that springs up is a reason for genuine excitement. While most consumers are content with the rotations on their Netflix queue, those who pursue truly owning their movies are able to explore and enjoy an ever growing bounty of overlooked titles. Today we’ll be looking at the second offering from one such novice distribution house with their sophomore release: Reelgore Releasing’s collector’s edition Blu-ray of Masks.

Masks hews closely to the general filmmaking principles that mark a giallo: erotica, mystery, blood. While it may be lighter on these elements than many of the classics of the genre, director Andreas Marschall demonstrates an aptitude for setting the mood for this homage to Argento’s finer works. Masks follows young actress Stella as she struggles to make her way in a cutthroat world. Accepted into a private school dedicated to the craft, Stella’s excitement turns to unease as she begins to learn about the school’s founder and his unorthodox method of driving students to the brink of sanity in pursuit of acting greatness. While the school appears to have moved on after the founder’s death, Stella hears creepy sounds in the night and soon begins to investigate after another student goes missing.

The mysterious school with a secret, dark past is giallo 101, and while it’s clear that Masks is meant as a love letter to the films the director watched in his youth, the plot falls almost laughably short at times which has a drastic effect on the horror elements. As I’ve mentioned before, Marschall does good work with getting the most out of the atmosphere of his scenes and actors, but the dialogue and plot devices themselves are painfully thin. Character motivations are hard to really take seriously and much of the film feels dreamlike. Where that dream quality was effective in Argento’s films, here it only becomes grating due to the lack of investment in the characters and their fates. Manufacturing a tangible distance from reality is an achievement, but only when the rest of the film works with that wager. 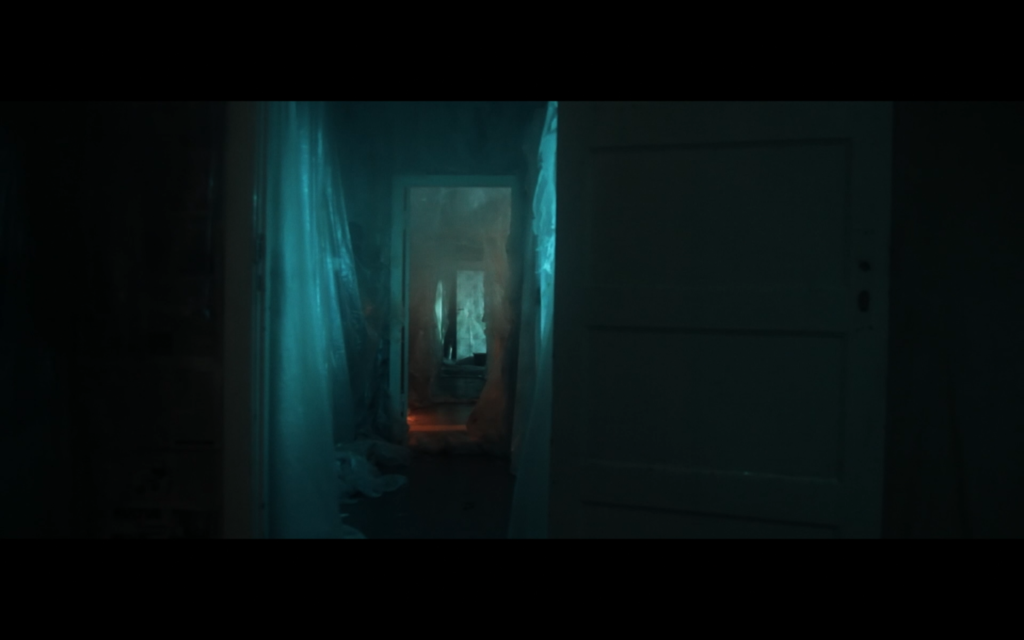 Masks arrives in a colorful, rich presentation from Reelgore Releasing (their first release, slasher Violent Shit, will be reviewed at a later date). Shot exclusively on a Canon EOS 7D, Masks relies on a significant amount of stationary and tracking shots which is vital for shooting on that particular handheld. However, unlike other films shot on the 7D, Masks handles its darker scenes rather masterfully with strong saturation and little blending issues between colors and surfaces. Extreme brightness is a persistent tool used throughout the presentation of the film, pushing the limits of definition when it comes to excessive light sources. The largest issue, if it can be called that, is the haze over which the entire print seems to be dipped. Soft light and soft features permeate many of the wider shots and background artifacts. The effect is so persistent and pronounced that is undeniably a technique deliberately employed to assist with the film’s dreamy quality, but overall definition invariably suffers for it. This presentation does an admirable job in translating the print to home video, but the limits of the source material and choices made do limit what the overall presentation is truly capable of.

Reelgore delivers Masks with a strong audio presentation containing two different audio options available to the discerning consumer. The DTS-HD 5.1 track is an absolute winner. Marschall has spoken about how pleased he was with the soundtrack for this film and it is absolutely dominant in the surround mix, enveloping the viewer in the fabric of its presentation. Conversations, however, do suffer slightly due to the mix’s preference for the score. Where most viewers will likely be watching the film with subtitles, this is less of an issue than in other releases, but it’s still a minor strike against the overall mix. The 2.0 presentation is far less remarkable but does manage to even the levels to a slight degree, so if you’re committed to working on your deutsch, the 2.0 mix might be a more manageable option. 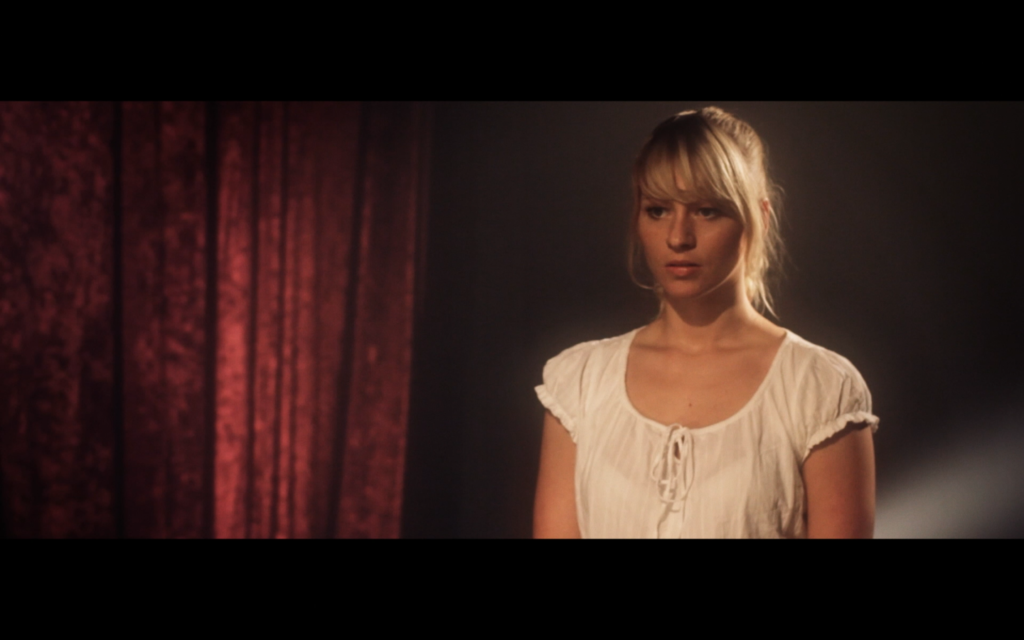 Reelgore Releasing is a new start-up distributor with Masks as their second overall release, so it should come as little surprise that they’d look to distinguish themselves and their releases with a quality presentation, and on that front they have definitely succeeded. Masks comes home in a large slipcover with a side opening, in which you’ll find the Blu-ray case featuring the film and special features on both Blu-ray and DVD. On the discs are a strong is standard set of special features, including a Behind the Scenes featurette that looks at the film’s making, as well as four deleted scenes, trailers, a music video clip and stills slideshow. Further, the release includes a 22-page color booklet with film stills as well as a letter from director Andreas Marschall, as well as an interview with him and a separate review of the film originally printed in House of Psychotic Women. Further, the film also features an audio CD with sleeve containing the strong score for the film. Limited to 3000 copies worldwide, this release of Masks is definitely a posh collection for any giallo fanatic. 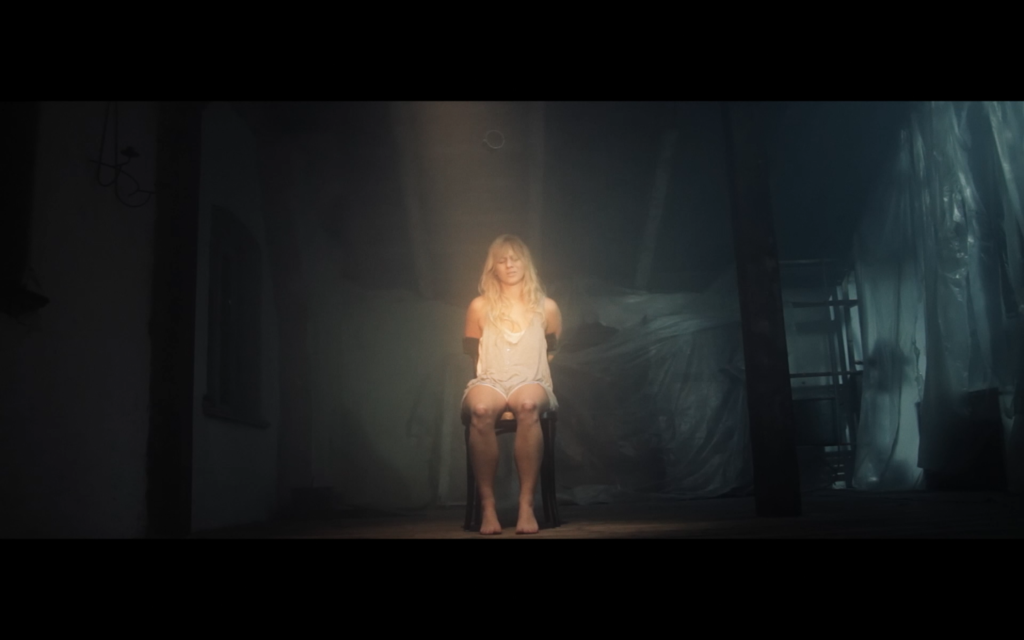 Rating: Not Rated (would suggest “R”) 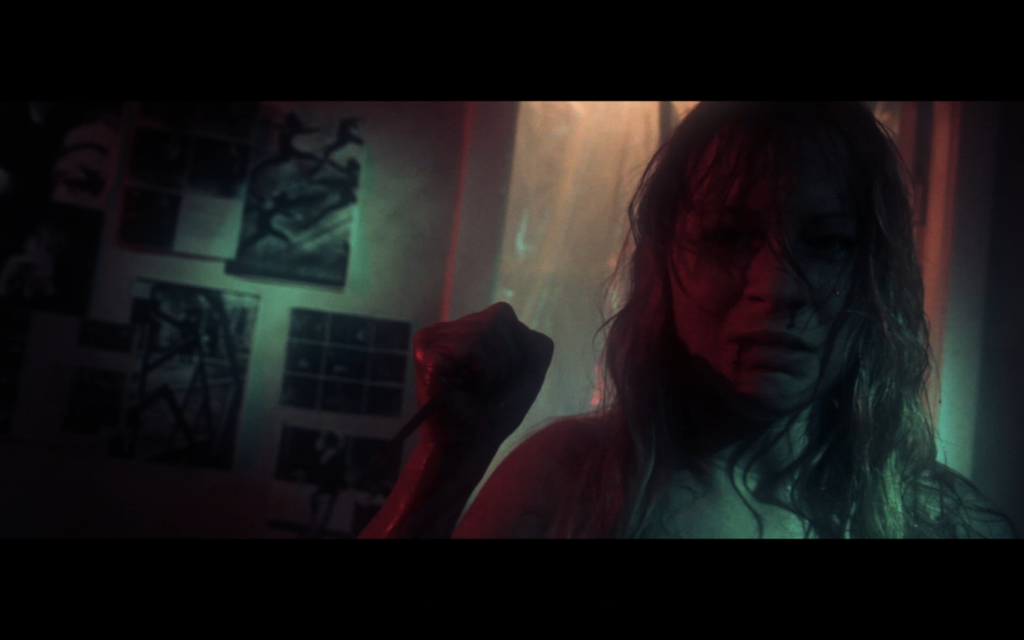 Oscillating between takes on more classic giallo fare and the more esoteric mysteries like Eyes Wide Shut, Masks is a creature all of its own even in the relatively tightknit subgenre of giallo films. Gorehounds may find themselves somewhat disappointed in the bodycount, but Masks has plenty of atmosphere to ratchet up the tension as we watch Stella tumble down the stairwell of her own mind in the pursuit of acting greatness. While Marschall bares his influences on his sleeve for all viewers to see, we’re treated to a film that’s heavy on atmosphere but relatively light on plot, the classic “style over substance” issue rears its head here. That being said, Reelgore Releasing has done an admirable job giving Masks the VIP treatment with a strong physical release with enjoyable special features. I look forward to seeing what they can contribute to the home video community with their coming releases. If you’re a fan of giallo films, this one’s worth the price of admission.