4K is finally here! Many have been impatiently waiting for 4K UHD Blu-ray to get on shelves, and The Martian is one of the better release titles for the format. So how does it stack up? Let’s take a look…

NOTE: We apologize for the quality of images below. We are still investigating how to get proper screenshots of 4K content. These images were taken using an iPhone 6 pointed at a Sharp LC70UE30U tv in low light conditions. We assure you the actual picture is substantially prettier.

From our original review of The Martian on standard definition, which can be seen here:

Ridley Scott may not be the king of the Sci-Fi/ Space Genre, however he may be one of the most notable directors within it. With films like Blade Runner, Alien, and Prometheus behind him, it came as no surprise when he chose to direct the brand new summer blockbuster and Oscar Nominee The Martian. Based on the book of the very same name, The Martian delivers a fresh take on an old genre.

The film has a lot to offer and almost defies any genre altogether. It brings tears, a wide range of suspense, and a good deal of laughter as our protagonist comes to grips with his fate. Our story starts with the crew of the Ares III mission gathering samples on Mars when an incoming storm is upgraded and is arriving a lot sooner than the crew had anticipated. The crew tries to gather to the M.A.V. (Mars Ascent Vehicle) to launch immediately and leave the surface of Mars. In the process of leaving, Mark Watney (Matt Damon) is hit by a piece of debris and the crew is left with no choice but to presume him dead and leave. Mark Watney wakes to find himself alone and stuck on Mars with no way of getting home unless he can “science the shit” out of it and find a way home. Much of the film is told through the process of a video journal that Watney keeps and through the use of humor we are right there with him every smart-ass step of the way. 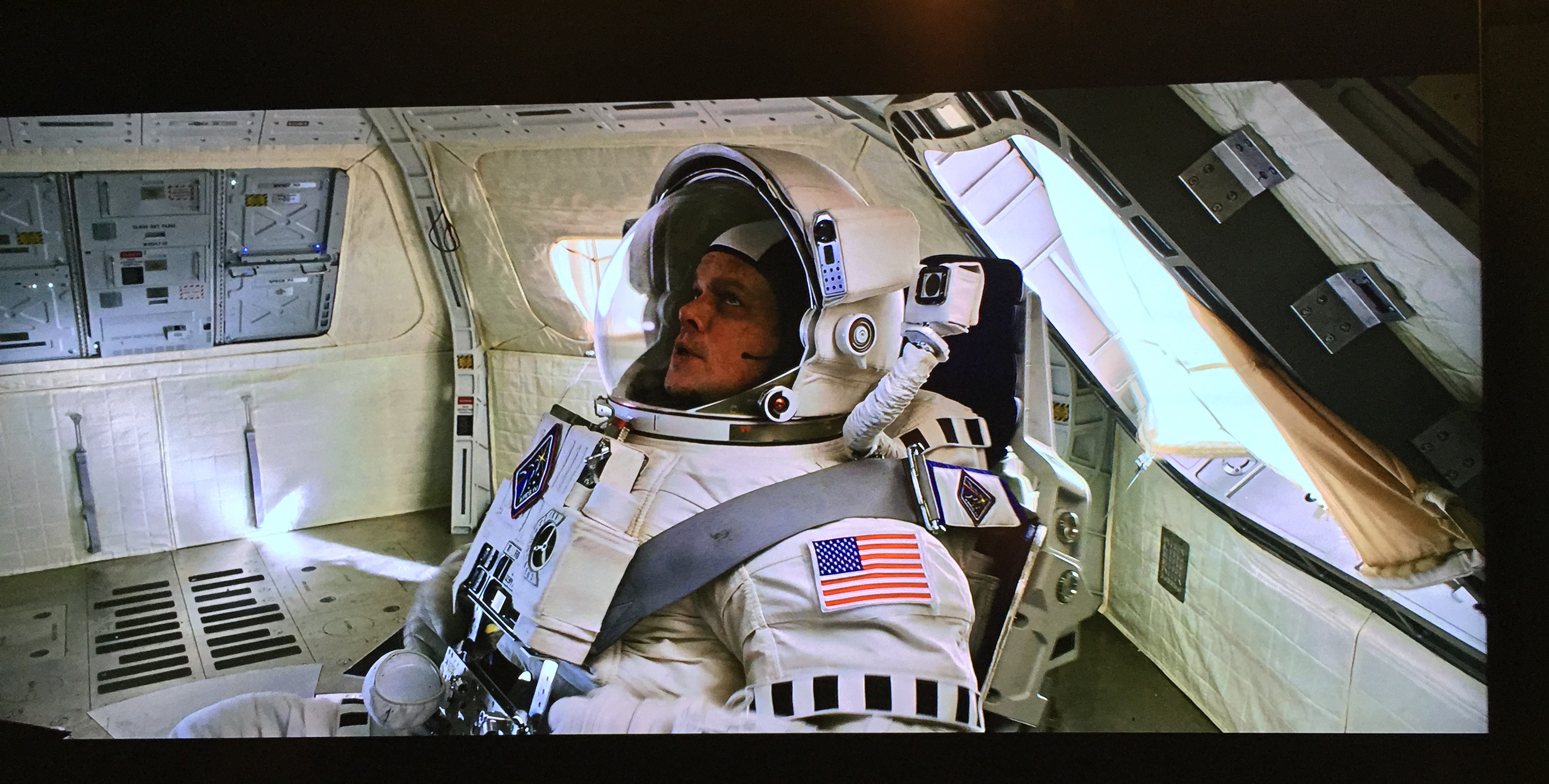 Reviewing the video quality on a 4K disc for the first time, it turns out, is incredibly hard to do. There’s not a lot else to compare it to, but I can compare to blu-ray quality in general. As this format picks up and more titles are released, these  reviews will be more qualified, but for now, take them for what they are: first impressions of a new format.

Having said all that, and this having been my first delve into 4K blu-ray, I can honestly say that anyone who has their doubts or fears about 4K being a passing fad need not worry. This is the most excited and enthralled I have been while watching a movie at home that I can remember – ever; and I just saw this movie on blu-ray a week or two ago.

So let’s get into it. How does The Martian look in 4K?

It looks fantastic. I’ll be honest, the first few minutes of the film I spent over analyzing everything and trying to convinced myself that this wasn’t that much of an upgrade from the regular blu-ray being upscaled. However, that illusion only lasted a few minutes. The differences you seen here are not what you’d notice in a jump from DVD to Blu-ray. What that jump did to clarity, the jump from BD to 4K BD does to detail.

Textures pop out of the screen so vividly that you will believe you can reach out and feel what you are seeing. Fingerprints on helmets, individual beads of sweat, the creases on skin; all things that I’ve noticed for the first time after seeing this film at least four times prior. The colors look somehow more natural and pronounced than the already great looking blu-ray. This is an upgrade in every sense of the word.

In a move that has angered several and confused almost everyone, they did not include a Dolby Atmos track for the UHD version. I can’t tell you exactly why that is, but this version has the same DTS-HD Master Audio 7.1 track as the standard Blu-ray, as far as I can tell.

That is not to say that the audio is anything less than fantastic, though. There are plenty of action scenes with high velocity windspeeds, booming thrusters, and explosions that will be good and satisfying. The surround is well utilized, and, for the most part, sound levels are great (although occasionally dialog can be hard to hear in the fray).

To differentiate themselves with standard Blu-ray, this 4K copy of The Martian comes in a slick looking black standard sized Blu-ray case. Unfortunately, it’s an eco case, which, as some would attest, tends to be a little floppy and cheap feeling. Inside you get the following: 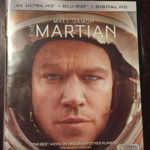 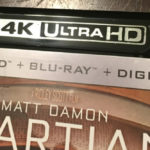 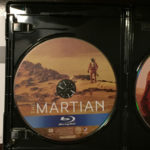 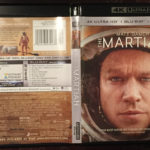 The Martian is a great film, and it absolutely shines in 4K. If you have the setup to take advantage of the higher resolution this is an absolute must buy, even if means double dipping. If you are looking for a reason to make the jump to 4K, this release puts up a strong argument for the format. If studios can continue releasing content of this caliber, collectors and movie buffs will be quick to catch on.