Manhunt: Unabomber is an American drama miniseries that was created by Andrew Sodroski, Jim Clemente, and Tony Gittelson. The series features stars like Paul Bettany, Jane Lynch, Sam Worthington, Katja Herbers, Chris Noth, Michael Nouri and Brian F. O’Byrne. The series depicts a fictionalized account of the true story of the FBI’s hunt for the man known as the Unabomber. The miniseries made its initial premier on August 1, 2017 on the Discovery Channel.

The working title for the miniseries was Manifesto, and the series order was originally announced in March 2016 at a presentation by Discovery Communications president Rich Ross.   On May 15, 2016, Entertainment Weekly released several promotional photos, showing a first look at Paul Bettany’s portrayal of Ted Kaczynski in the limited series. According to the review aggregator website Rotten Tomatoes, it is reported that Manhunt: Unabomber has received a reported 92% approval rating, with an average of 7.86 out of 10 based on the 24 submitted reviews. Lionsgate Home Entertainment will release the entire miniseries on Blu-ray and DVD beginning on December 26, 2017, and it is currently available on Netflix in Ireland, Canada, and the UK. 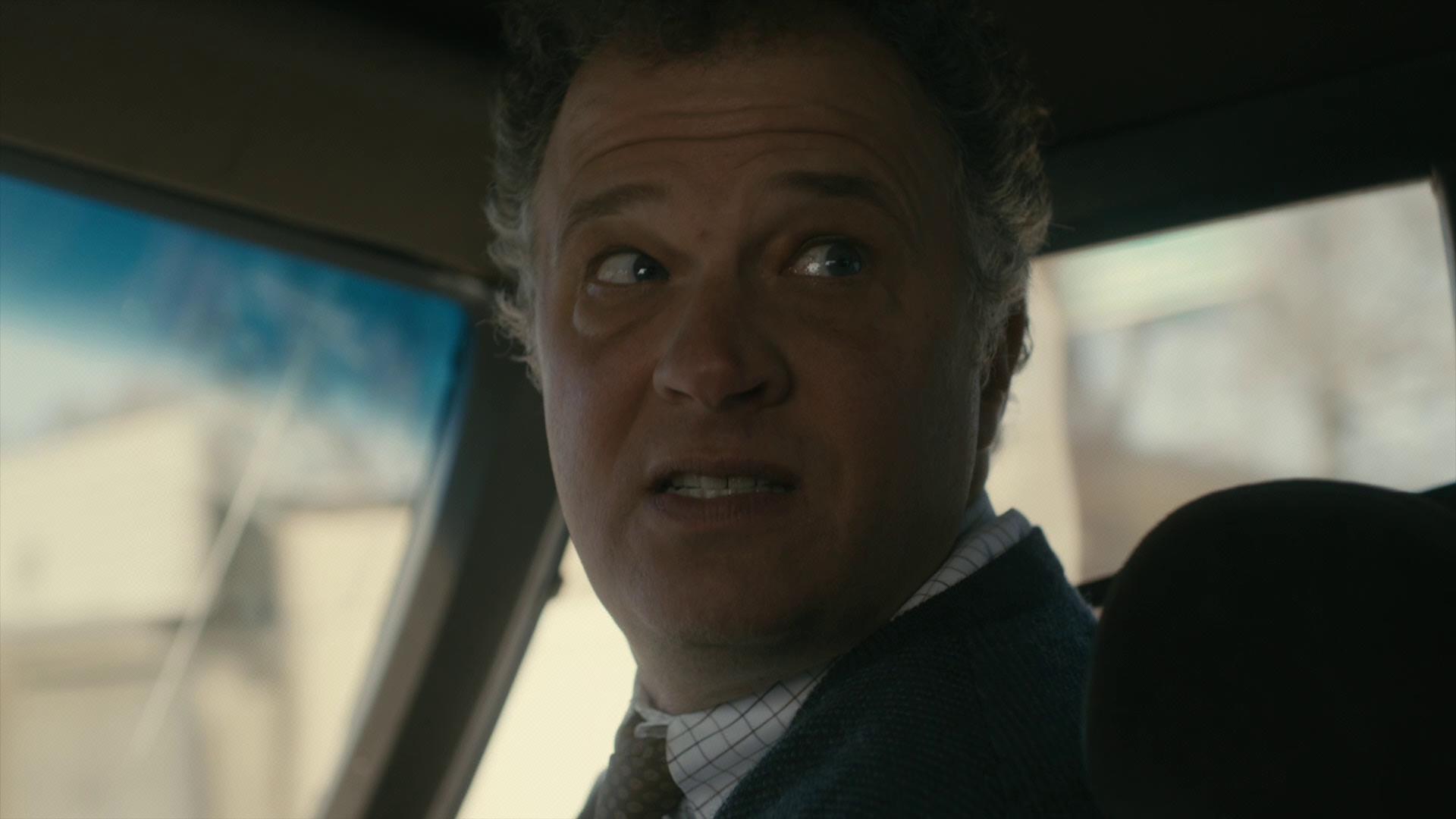 My wife and I both went into Manhunt: Unabomber with only the important knowledge of who the Unabomber was and what he had done.  Little did we know was the fact that the havoc he caused went on for roughly twenty years as well as how mysterious of a person Ted Kaczynski really was.  This series is an all encompassing look in not only the person who was known as the Unabomber, but it offers a really in depth look into the investigation that happened both with the public as well as the private sector with the FBI.  Bordering along the lines of the infamous Zodiac killer with his secretive messages, it really was an intense ride from beginning to end. 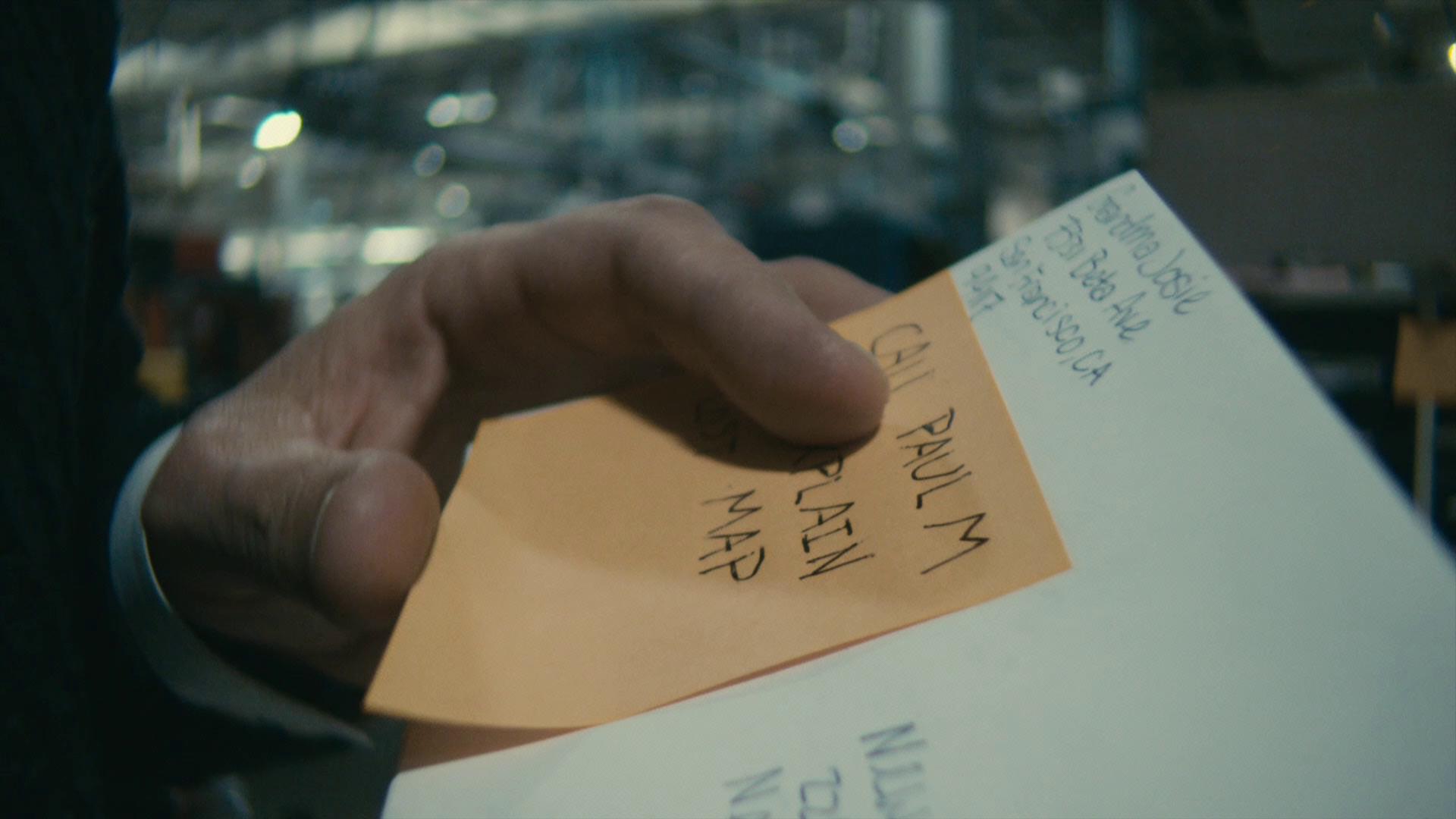 The overall visual representation of everything that was covered by Manhunt: Unabomber was absolutely beautiful as it played out across my living room television.  Offering a crystal clear look into not only the life of Kaczynski, but a very detailed look into the extremely detail oriented investigation that occurred.  One thing that really stood out with this release was the physically crushing amount of stress those agents went through while they worked to try to uncover the Unabomber’s identity. 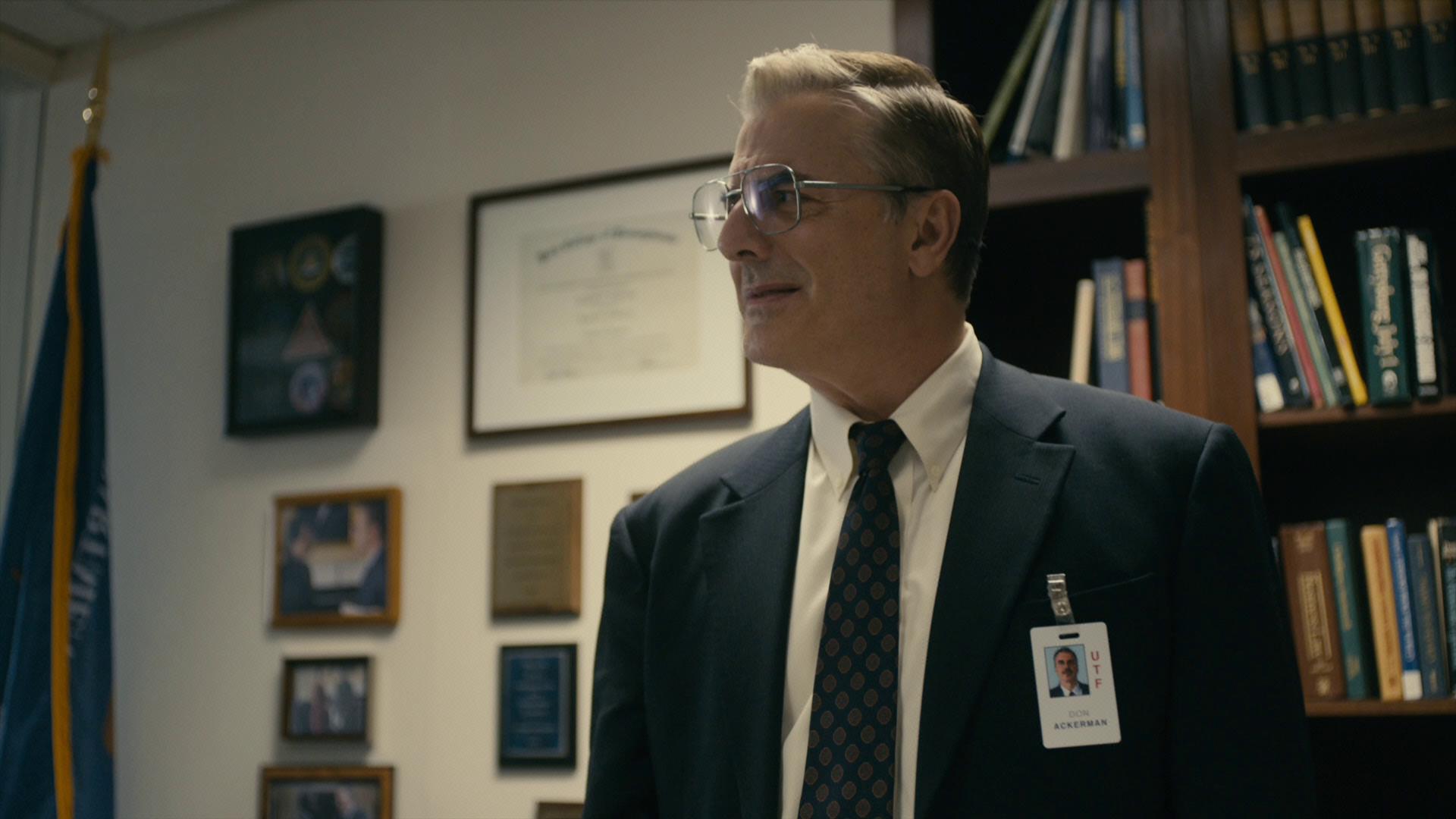 Packaged with a DTS-HD Master Audio 5.1 audio track, Manhunt: Unabomber does absolutely everything within its power to offer an all out immersive experience for its viewers.  Cleanly presenting the stresses that resulted from the investigation as the federal agents work to continue to ensure the safety of the American citizens while they work to figure out who is causing all of this chaos; and offering a goosebump-inducing blow to the bass channel as the various explosions occur when the explosive packages are set off.  I would have absolutely loved it had this release been packaged with at least a 7.1 audio track, however this is only a minor complaint due to the overall style of the presentation not necessarily calling for it. 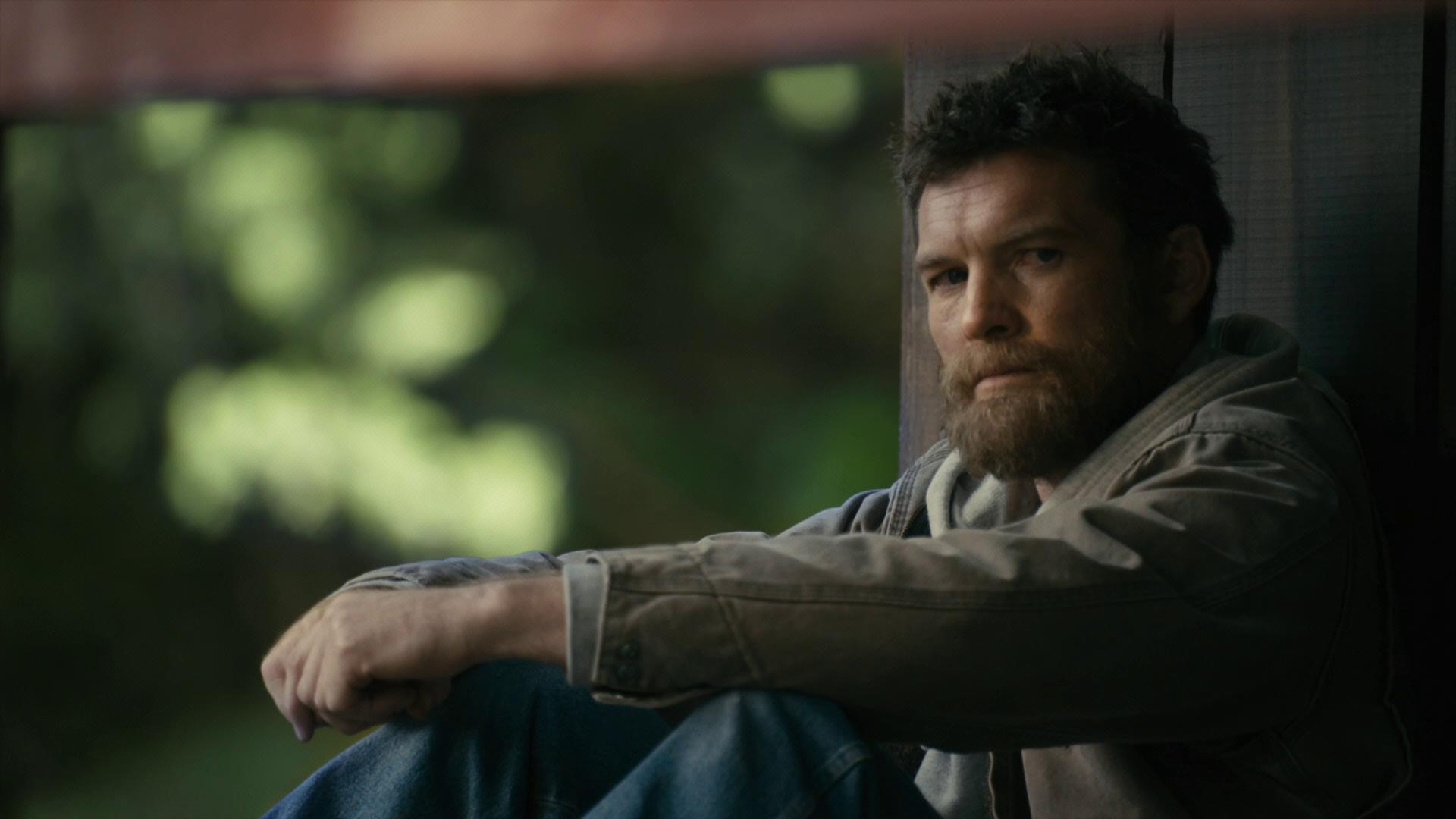 Manhunt: Unabomber comes packaged in your standard two-disc Blu-ray amaray case.  Within that case are the two standard Blu-ray discs that make up the release, each containing the various episodes of the series.  Neither of the discs within this release feature any artwork at all outside of the standard release text.  There are no DVD copies included within this release; but, a digital copy redemption pamphlet has been provided for on the go streaming.  A slipcover has been provided during the initial print run of this release that features the same artwork as the case art. 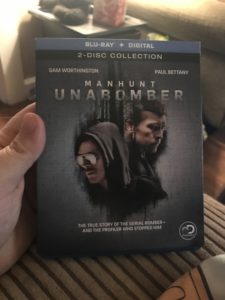 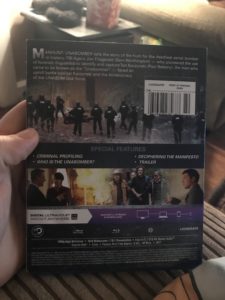 There are only four additional features that are included on the Blu-ray release of Manhunt: Unabomber.  While this may seem minimal considering the potential for added information for further exploration, the content that has been provided offers a really nice look into not only the work that went into this series, but more information on the actual events that occurred during the Unabomber’s reign of terror.  Included with this release is: 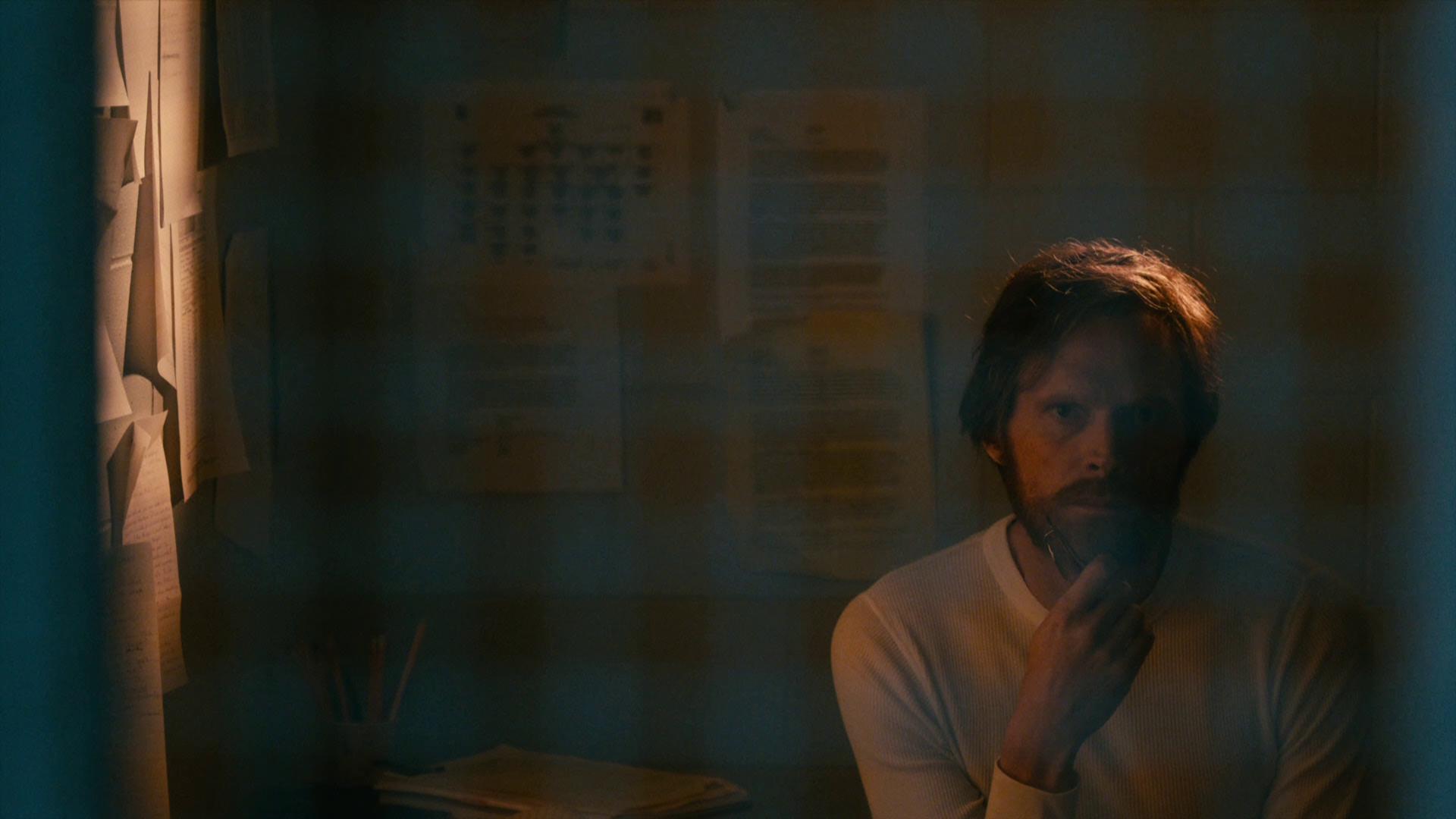 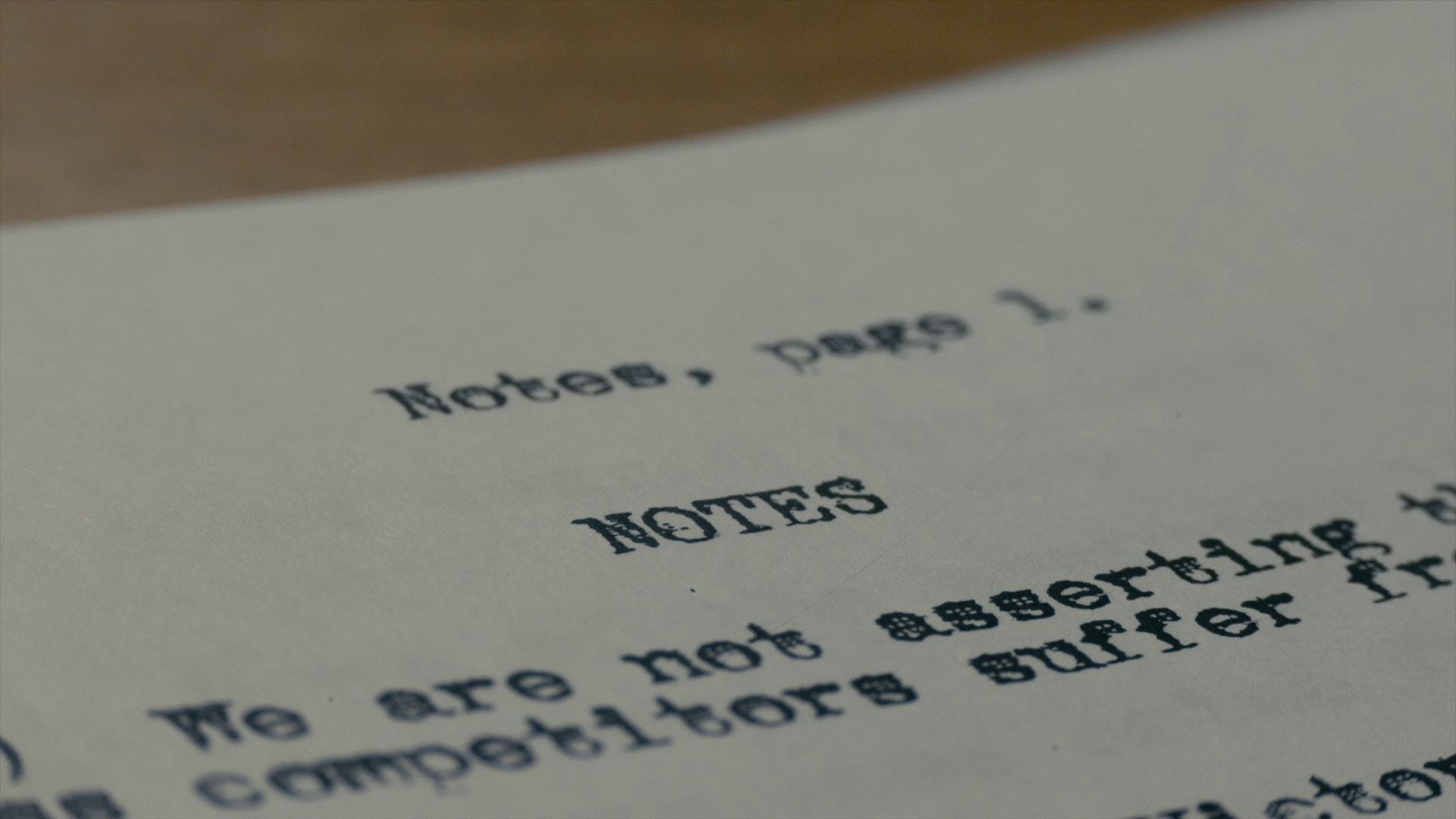 I was really happy that we were given the opportunity to sit down and check out Manhunt: Unabomber.  Having been a mere young child as Kaczynski was arrested, I was only aware of his existence and what he was guilty of.  I had absolutely no idea that he did this for a couple of decades, nor did I really understand the true definition of the term Unabomber.  This release offers a really deep look into the events that happened, particularly during the mid-90s as the investigation continued and they ultimately figured out who was doing all of this.  The audio and visual presentation of the Blu-ray release was absolutely beautiful and offered a really nice look into every aspect of this story.  The provided special features are considerably in depth and offer a continued look into this notorious piece of US history.  If you’re considering picking this release up for your personal library, I would hands down recommend grabbing it.  Manhunt: Unabomber will be available on Blu-ray and DVD beginning on December 26, 2017. 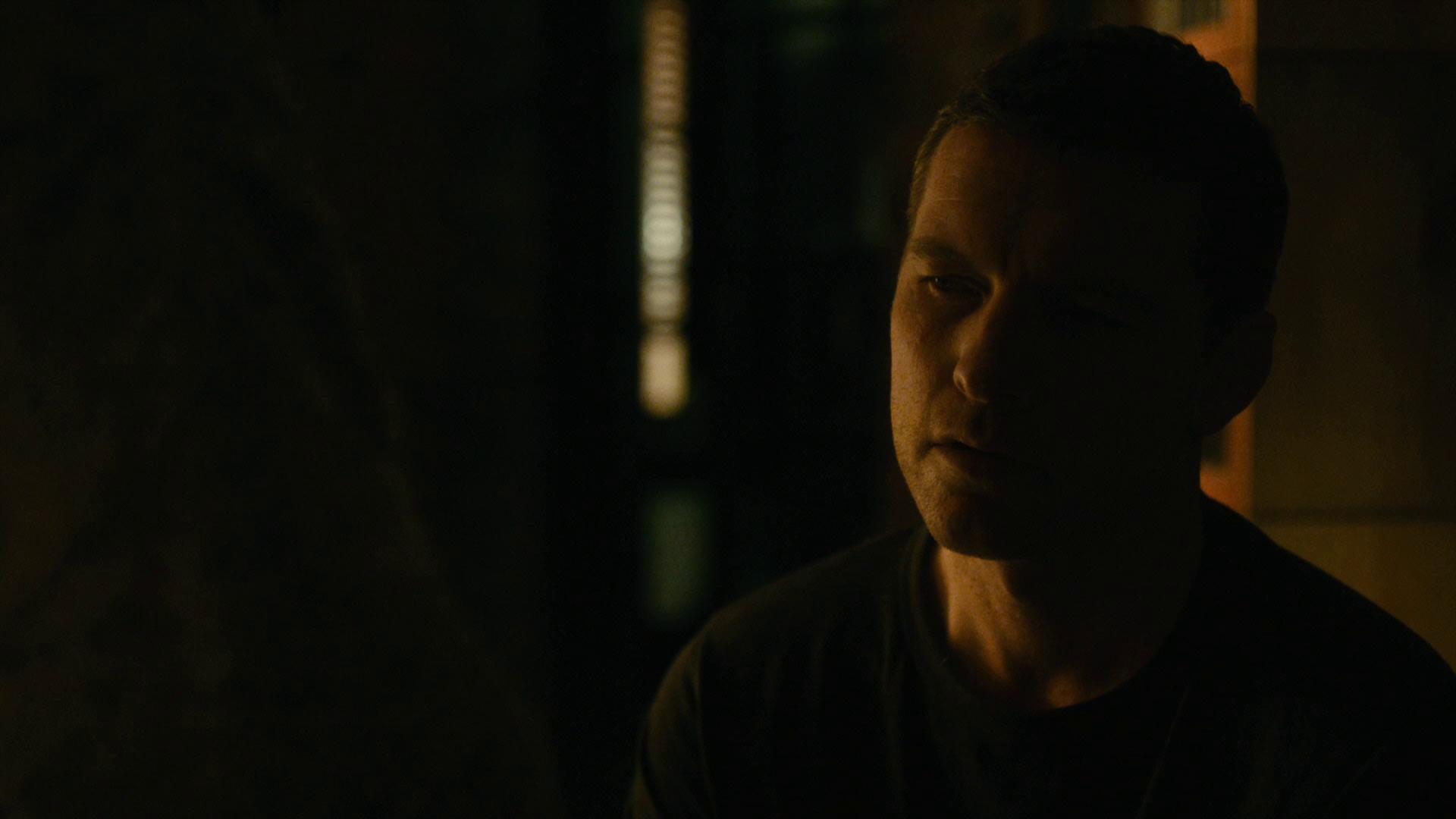