Being a Boston native, and living roughly 45 minutes away from Manchester by the Sea (yes, that is the real name of a Massachusetts town), I was very excited to check this one out on Blu-ray. The area is well known to me, as I have spent a few days every summer over on the water out that way, and the culture is very well-represented in the film. Native son Casey Affleck turns a terrific performance, and actually nails the subtleties of the area’s accent, which is a bit different from a traditional “pahk yah cah in Hahvahd yahd” accent that so many actors butcher in films like The Departed or Ted. As great as Affleck is, the real standout is his co-star Lucas Hedges, who was nominated for a Best Supporting Actor award and steals so many scenes all across the film’s run time. You may recognize Hedges from films like Moonrise Kingdom or The Grand Budapest Hotel (he seems to be a Wes Anderson favorite, which is always a good thing) but this is his first role where he has received wide recognition, and at the young age of 20, he is one to watch in the years to come. 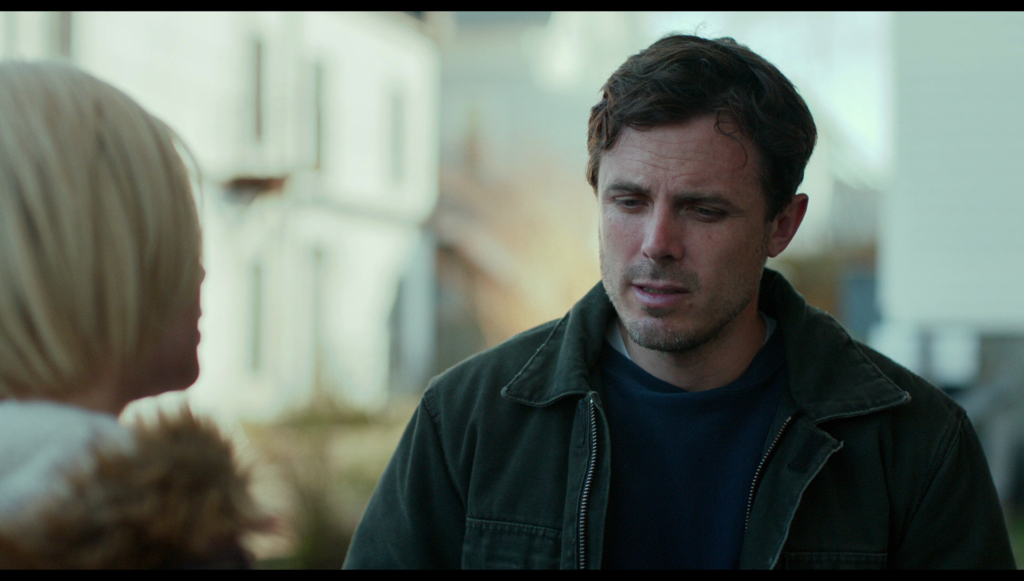 Manchester by the Sea seems to be 2017’s New England Oscar bait, where similar films like The Fighter, Good Will Hunting, Spotlight, and the aforementioned The Departed have all cleaned up at the Academy Awards. The somber, emotional tone that the movie takes, dealing with the major, heavy themes of loss, substance abuse, and family, will certainly not make for a great Friday night flick with your friends. This is one to be shared with family, or someone very close to you, and it is hard to think that there are many people who won’t shed a tear at some point. Living in the area, the themes explored here are very common in the area but also nationwide, so it is an extremely relevant commentary on the struggles in many of the working class cities and towns across America. 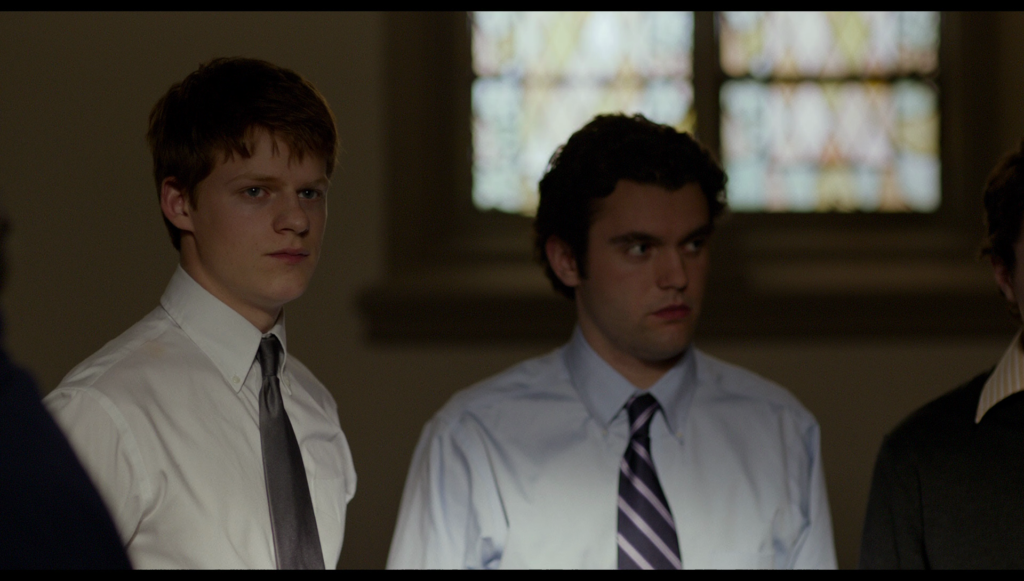 If I wasn’t such a huge Denzel Washington fan, I would say that Affleck is a shoo-in for Best Actor, but I do think it will be very close, with the edge going to Denzel. That being said, with this performance, Affleck has firmly cemented himself as a Grade-A dramatic actor, and I truly feel that he does an even better job of capturing the essence of Boston and New England than his superstar brother Ben. Lucas Hedges would likely win the Supporting Actor award in any year which didn’t have Moonlight, and my prediction for the film is a close second or third for Best Picture behind La La Land and possibly Moonlight. It is definitely worth a watch for those interested in excellent acting across the board, a serious contender for many major awards, and a slow, emotional drama that will pull at the heartstrings.

Manchester by the Sea takes place primarily in the titular coastal town, right in the middle of a New England winter. This means that there is a grayscale backdrop to almost the entire film, and it does not make for much of an impressive image from a color standpoint. The dreary colors of winter match well with the tone of the film, but your new TV won’t get much of a workout. The film was shot digitally on Arri Alexa cameras, which is pretty standard, and thus it looks and feels fairly similar to many recent releases. Detail is very good, and the smoothness of the digital image does not detract from the picture quality. I do feel that Manchester by the Sea would have been a perfect candidate to shoot on film, as the grain could have added that gritty feel to an already somber tone, but being a small budget film, digital was the way to go. No complaints here, but I don’t recommend it as a demo disc by any means, simply based on the color schemes and rather basic visuals and backgrounds. 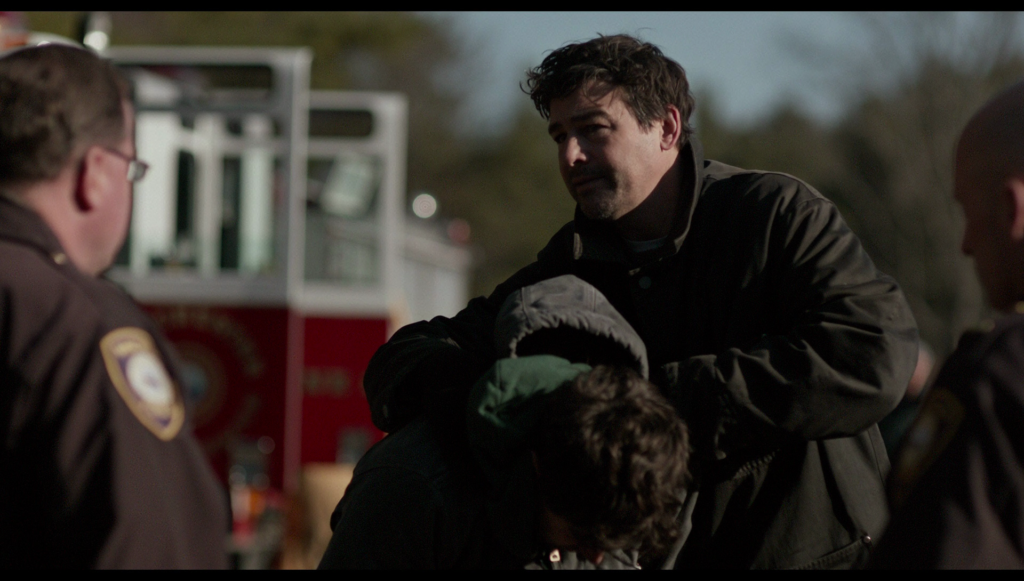 Manchester by the Sea has a pretty low end audio track by today’s standards, coming to Blu-ray with only a DTS-HD Master Audio 5.1 track. However, there is really not more than a 5.1 track needed. The film is dialogue heavy with an excellent score, but there are no real surround effects that would require any additional channels. A solid 2.1 system would likely do fine here, although the sound space and dialogue would certainly be more effective split across two fronts and a center speaker as in a 5.1 home theater. My SVS Prime Center channel speaker performed admirably, handling all of the dialogue with ease, and no volume adjustments were needed after setting the initial levels at the start of the film. This is a basic audio track for sure, as reflected in the score, but nothing that requires any grievances. 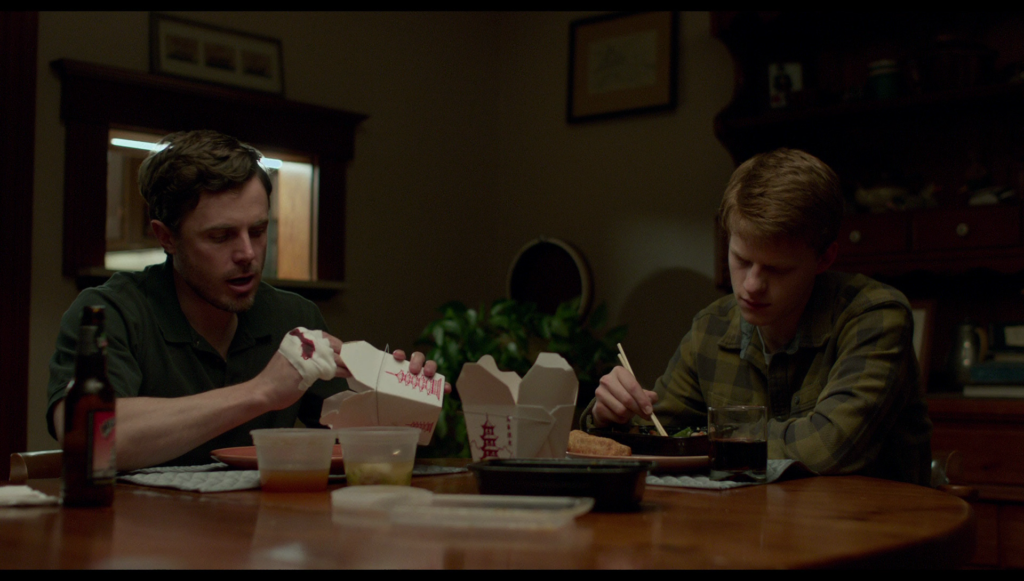 Manchester by the Sea comes packaged in a pretty standard Blu-ray + DVD + Digital Copy release, with a single Blu-ray disc, the single DVD, and the digital copy for either iTunes or UV services. First print runs will come with a slipcover, which features a Golden Globes nominations banner promoting the film, and a somber looking shot of Affleck and Michelle Williams on the cover. We get a pretty standard release here, with no retailer exclusives to speak of. 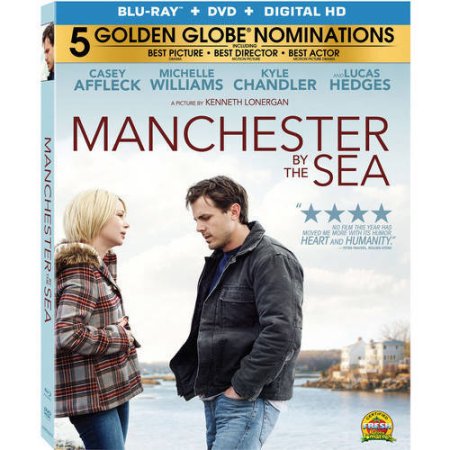 For special features, there is a commentary track with Director and Writer Kenneth Lonergan, a 15 minute “Making Of” feature, and 5 minutes of fairly unsubstantial deleted scenes. The commentary is worth a listen if you really enjoyed the film, and the 15 minute feature is interesting, but the total package is a bit underwhelming for a release with a lot of Oscar Buzz. 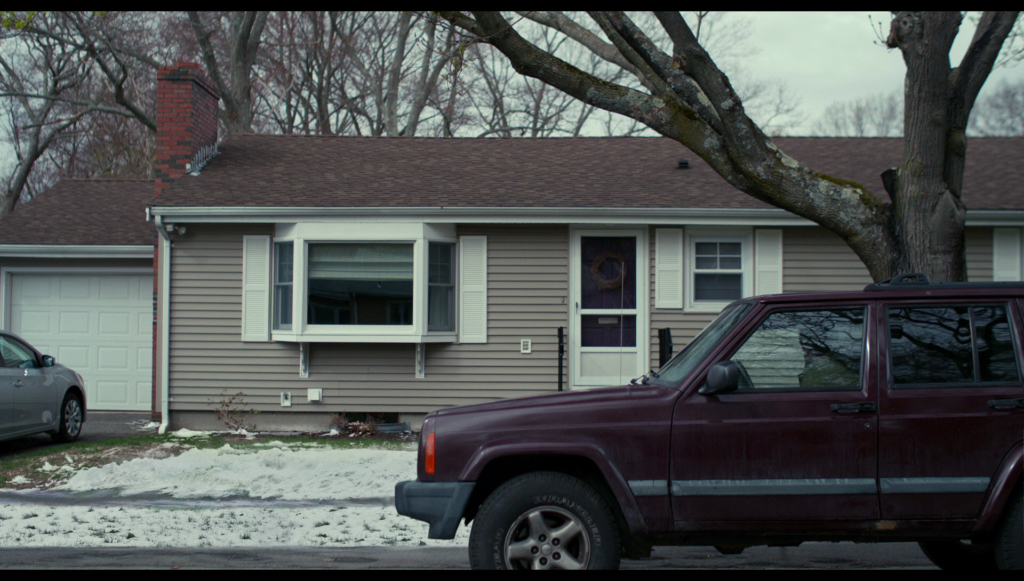 For every God-awful Meryl Streep movie that gets made simply to have her nominated for Best Actress, there is an “Oscar” movie that actually produces a decent product around its amazing cast. Manchester by the Sea is a prototypical Oscar-bait film, but it also has its own merits as a powerful and emotional drama full of legitimately great performances. Casey Affleck probably deserves the Oscar, but politics will likely swing it towards Denzel; the same can be said for Lucas Hedges. The picture and audio quality are just average, but more than enough for a rather simple film from a technical standpoint. The performances and story are why you should pick this one up, and I highly recommend you do so. You can find Manchester by the Sea available now on Amazon or at retailers everywhere right now.