Man on a Ledge is a 2012 American thriller film that was directed by Asger Leth, starring Sam Worthington, Elizabeth Banks, Jamie Bell, Edward Burns, Anthony Mackie, Genesis Rodriguez, and Ed Harris. Filming took place in New York City on top of The Roosevelt Hotel. It was met with mostly negative reception by critics, and ended up grossing $8 million during its opening weekend. The film’s soundtrack, written by Henry Jackman, was released alongside the film, also receiving negative reception from critics.

Centered around Nick Cassidy, a man who checks into The Roosevelt Hotel in New York City under the false name of Walker. He goes to his room located on the 21st floor, and climbs on the ledge, ready to commit suicide. The crowd below calls the police, with Dante Macus working to control the crowd while Jack Doughterty tries to talk with Nick. However, Nick will only speak to negotiator Lydia Mercer, who is on a leave of absence, after failing to save a suicidal policeman on the Brooklyn Bridge. Lydia arrives at the hotel room and manages to acquire Nick’s fingerprints from a cigarette that they share, after his initial resistance to revealing his true identity, going as far as to wipe any surface that he touched in the main room to remove fingerprints. Dougherty has them analyzed and discovers that Nick is an ex-policeman, arrested for stealing the $40 million Monarch diamond from businessman David Englander. Nick was given a 25-year sentence but escaped from the Sing Sing Correctional Facility one month before the main events of the film, after being allowed to attend his father’s funeral. Nick, however, maintains his innocence and accuses Englander of framing him for the theft of the diamond, as Englander lost his fortune and was too proud to sell the diamond.

The film received mostly negative reviews from critics. On Rotten Tomatoes, the movie holds a 31% positive opinion (54% from the audience) based on the 145 reviews that have been submitted. Roger Ebert of the Chicago Sun-Times said “The movie cuts back and forth between two preposterous plot lines and uses the man on the ledge as a device to pump up the tension.” According to Ebert, too much depends on Nick securing a leave from prison, escaping from two armed guards, reaching Manhattan, checking into the correct hotel room on the correct floor and not falling off prematurely.

In a considerably cliche-ridden experience, the 4K UHD release of Man on a Ledge offers a story that, while it’s visually appealing as the sights might just make your stomach turn if you have a problem with heights; the story as a whole leaves a lot of questions left unanswered and even more questions about the logic and fallacies within the storyline being asked.  Despite that, it does leave viewers with a pretty interesting experience that both my wife and I found to be entertaining. 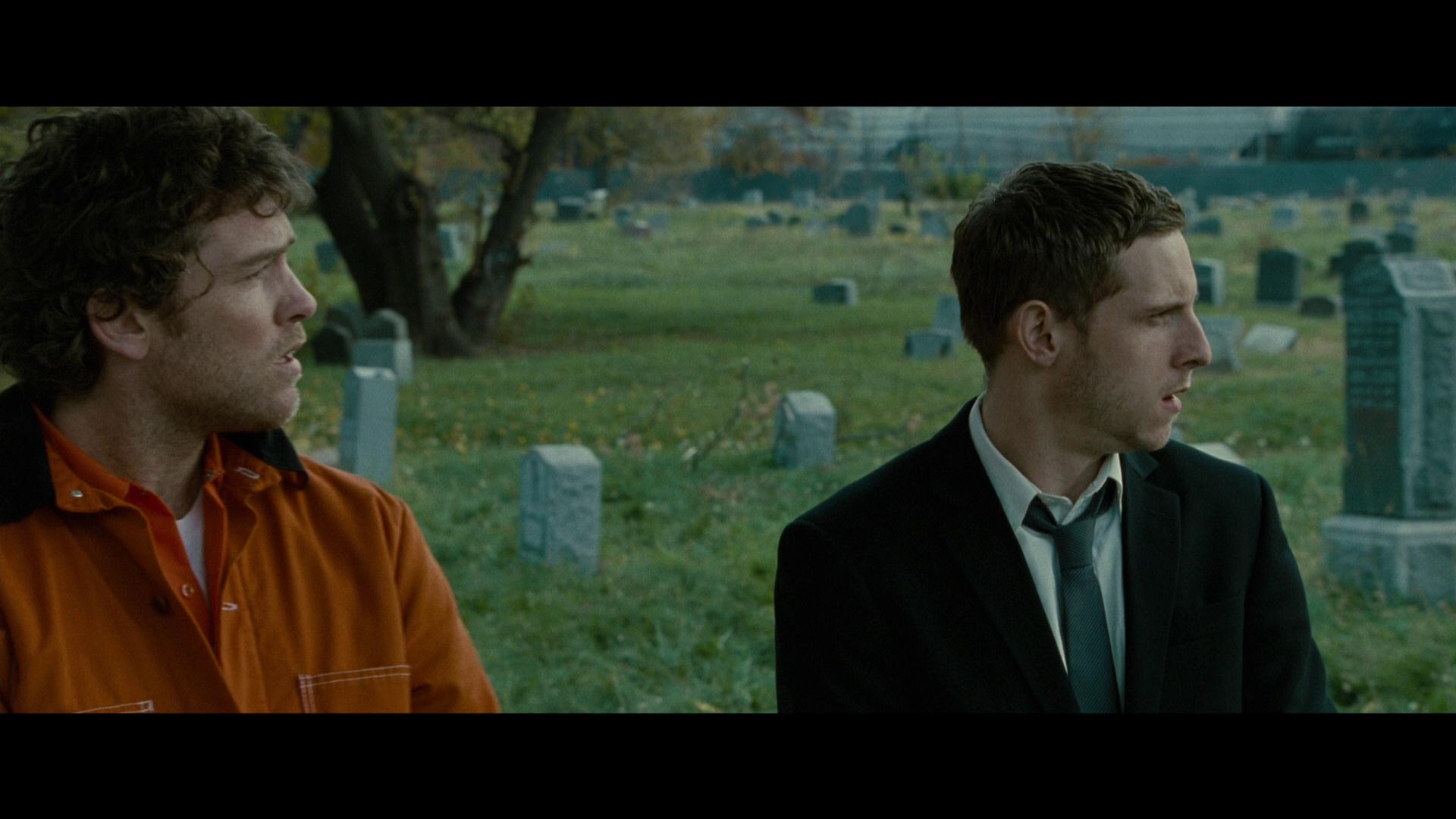 Presented with a 2160p transfer in 2.40:1 courtesy of Lionsgate Films, the UHD release of Man on a Ledge gives its viewers an extremely visually pleasing experience, that despite the occasional occurrence of film grain from the source material, certainly emphasizes the danger and the insanity that comes with being out on a ledge like this.  The textures of the architectural work are significantly more distinct when comparing it to the Blu-ray release, and some of the shimmering that was previously noted in earlier Blu-ray copies of the movie is completely gone with this new transfer. 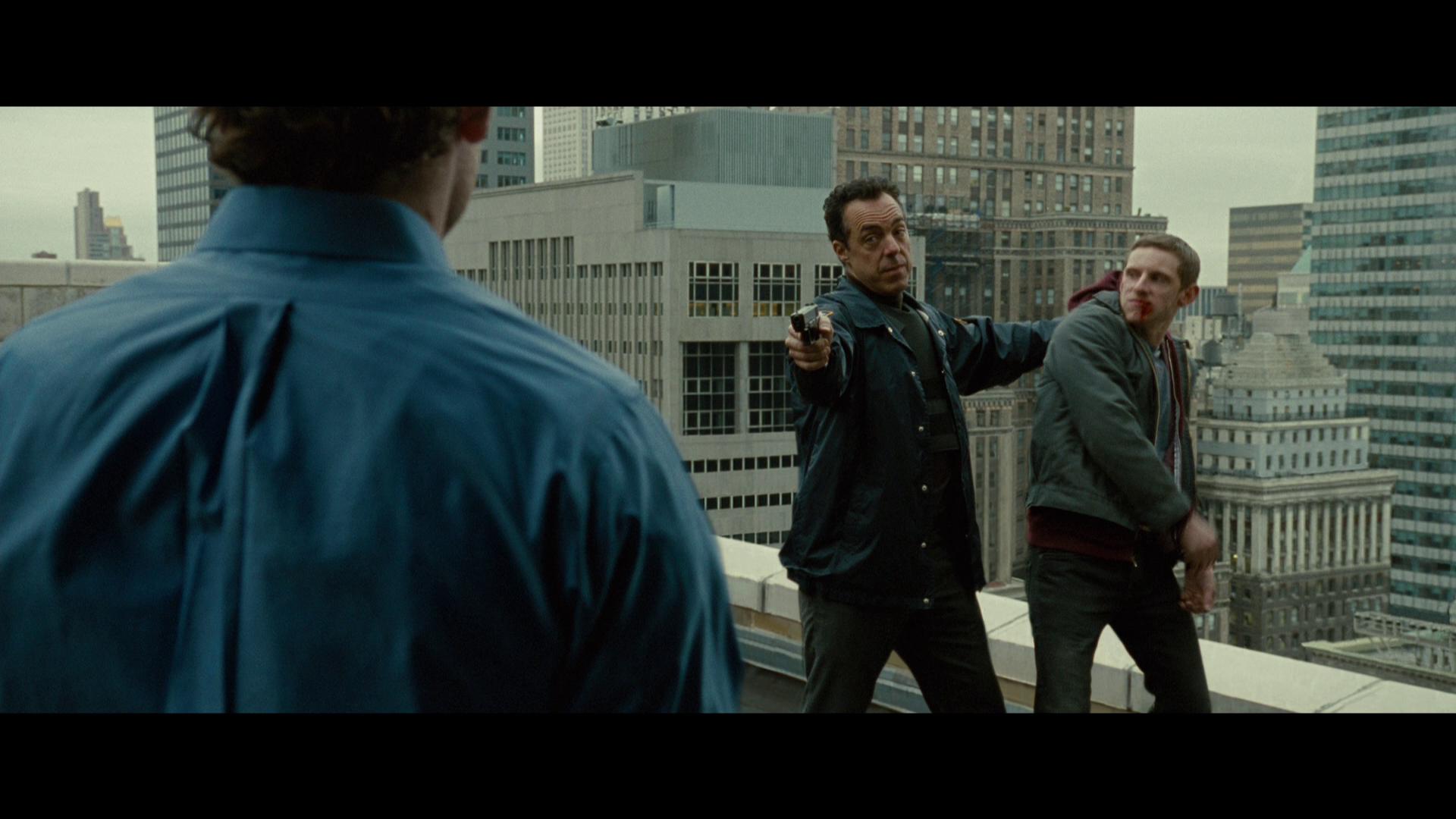 Packaged with an all new Dolby Atmos audio track, the UHD release of Man on a Ledge gives its viewers a very enjoyable; yet subtly immersive audio experience.  With an added emphasis on the Manhattan ambience, the Atmos track helped make everything feel significantly more real than previous releases, and the added emphasis on the more heated sequences boosted to convey their elevation.  The dialogue is spoken cleanly, and the characters are able to be heard and understood without any issues whatsoever. 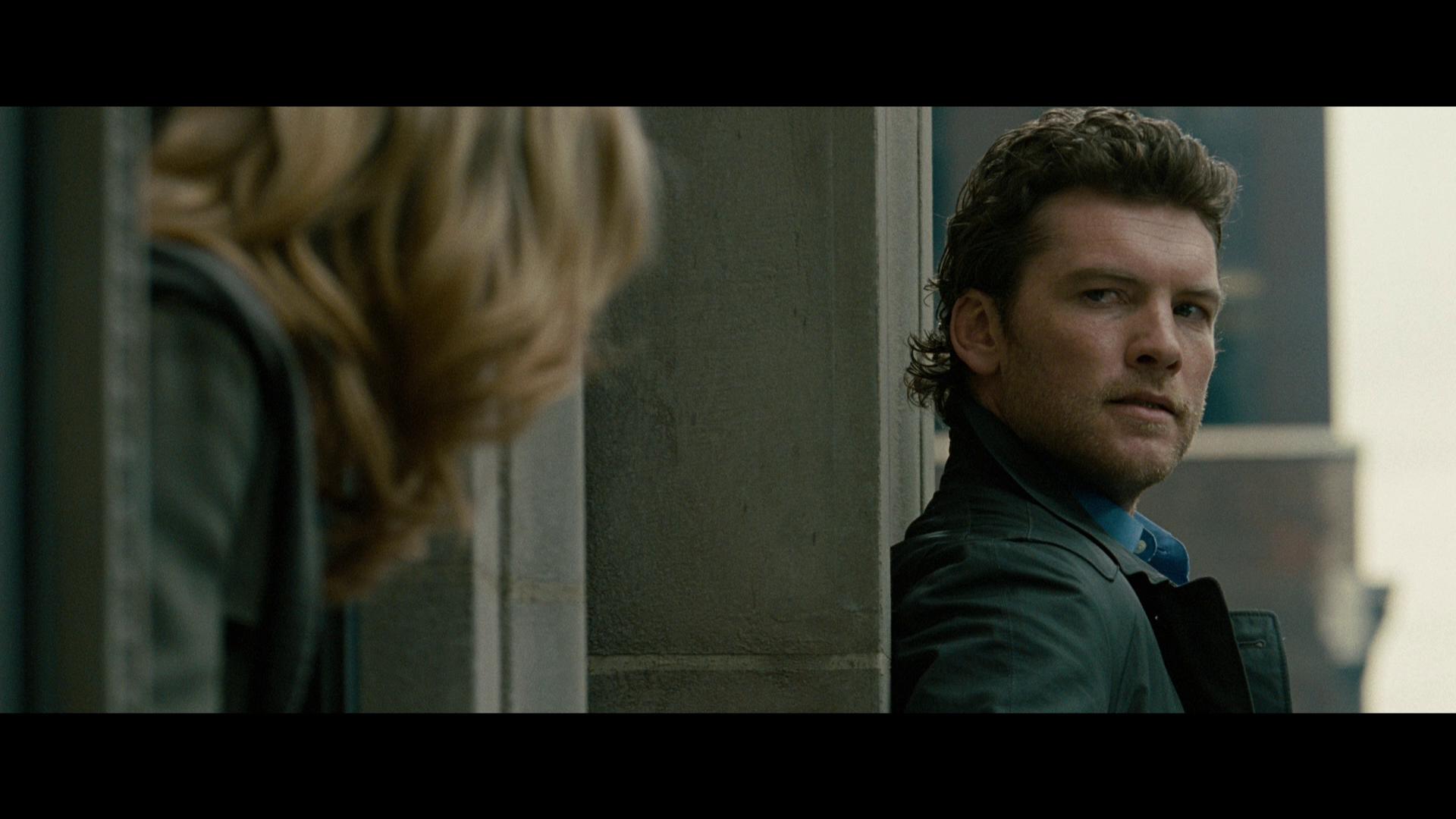 Man on a Ledge comes packaged in the standard two-disc amaray case.  The UHD featuring the same piece of artwork that’s on the case; while the Blu-ray only bearing the standard release text.  There is a digital copy redemption pamphlet included as well as a slipcover that’s been made available during the original pressing. 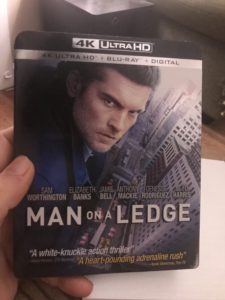 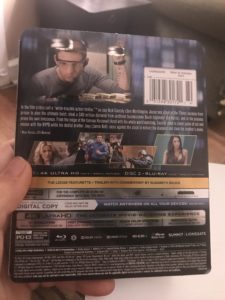 Unfortunately, the 4K UHD release of Man on a Ledge doesn’t offer anything new in terms of supplemental content as the materials that were previously made available with the standard Blu-ray release were simply ported over.  That said, included with this release is: 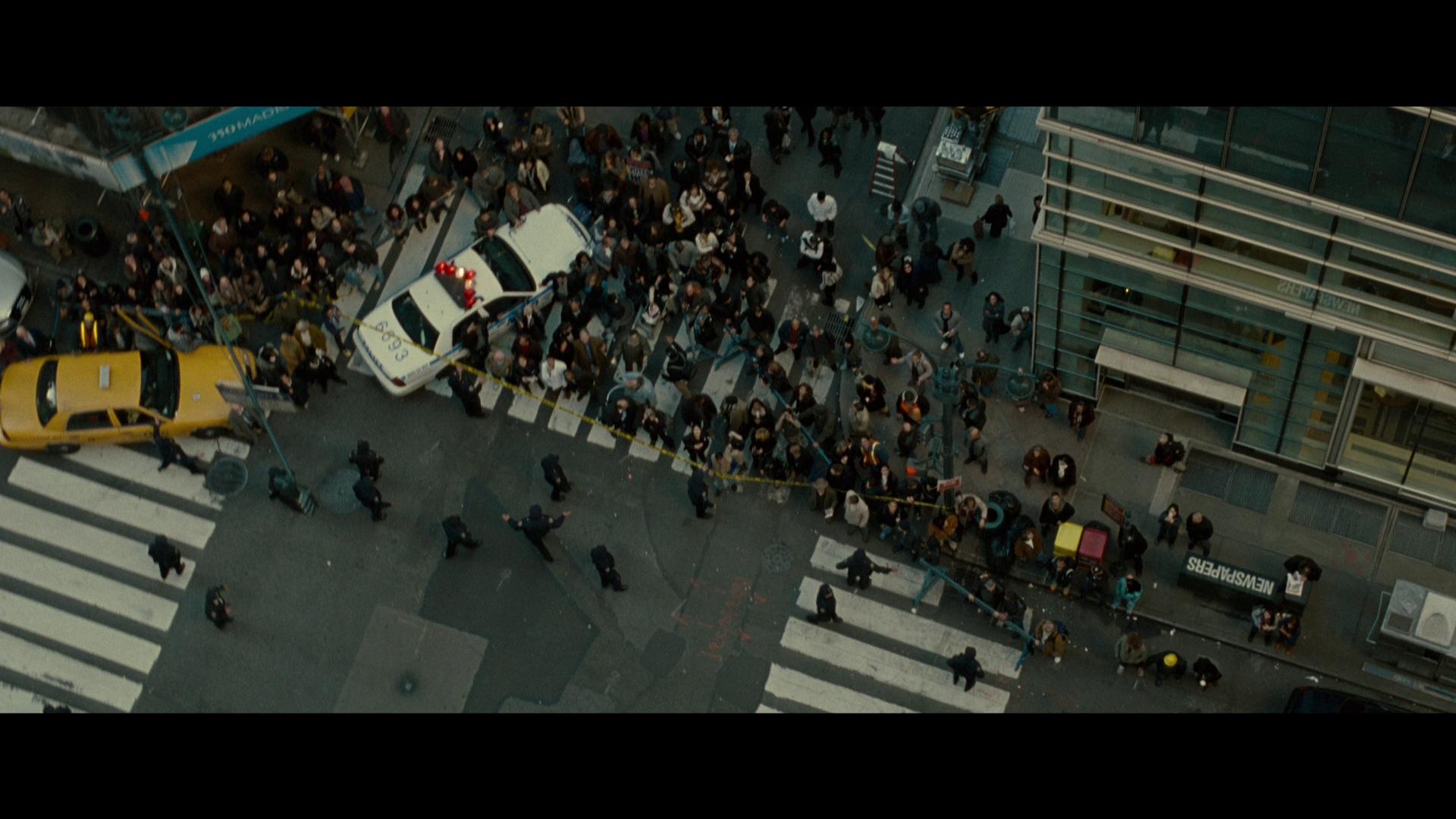 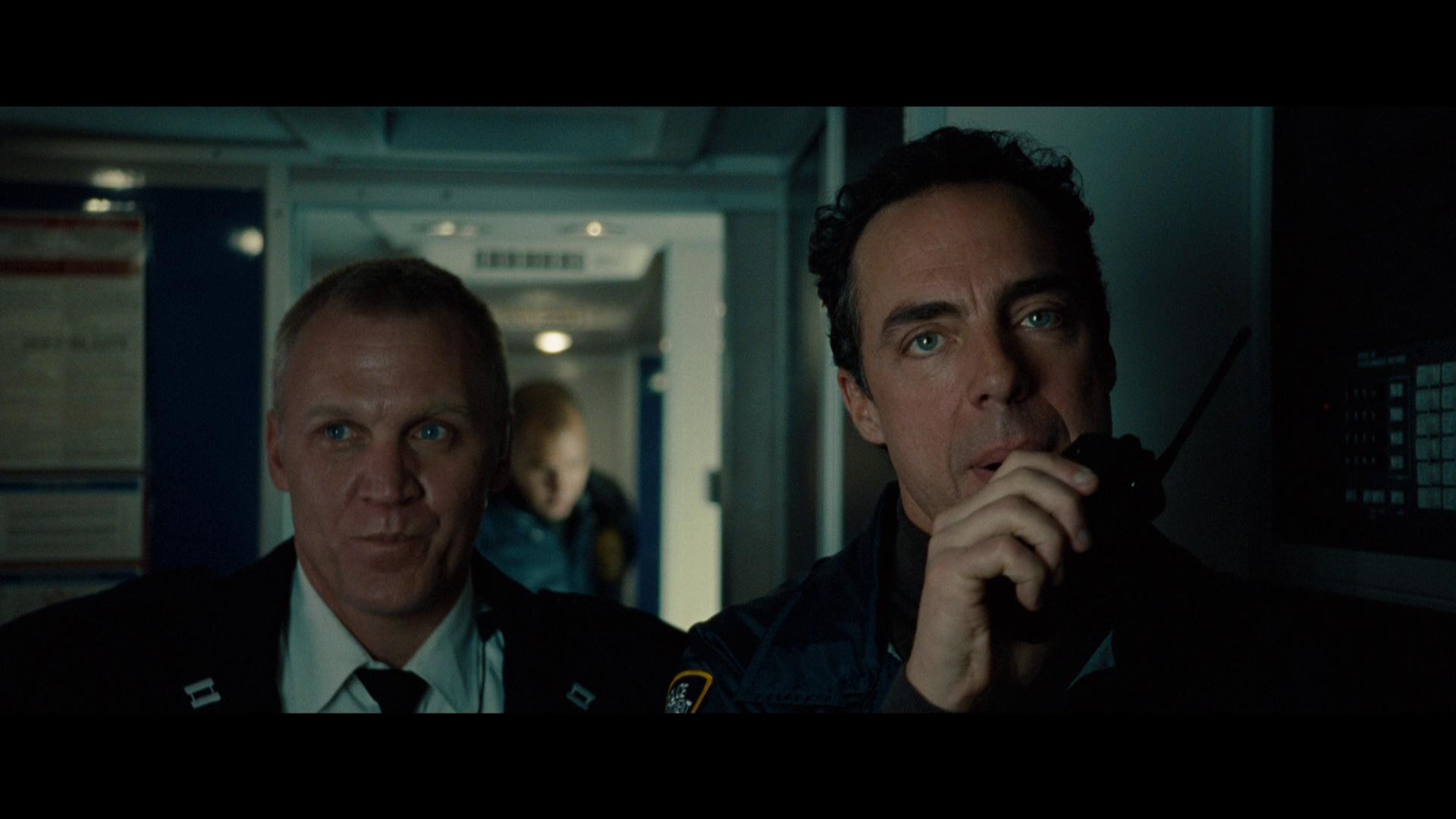 Overall, Man on a Ledge is a movie, that despite its fallacies in the storyline, and large amount of questioning behind the logic in the approach that the main character chose, was a pretty decent movie that both my wife and I enjoyed from beginning to end.  The new transfer of both the visual and audio track in the 4K release were exceptional and offered a damn fine presentation.  It is a shame that there was no additional content included with this release; but I can understand why that approach was taken.  If you’re considering this release for your collection, I’d definitely recommend checking it out, especially considering the preorder price is worth it. Man on a Ledge will be available on 4K UHD beginning on April 9. 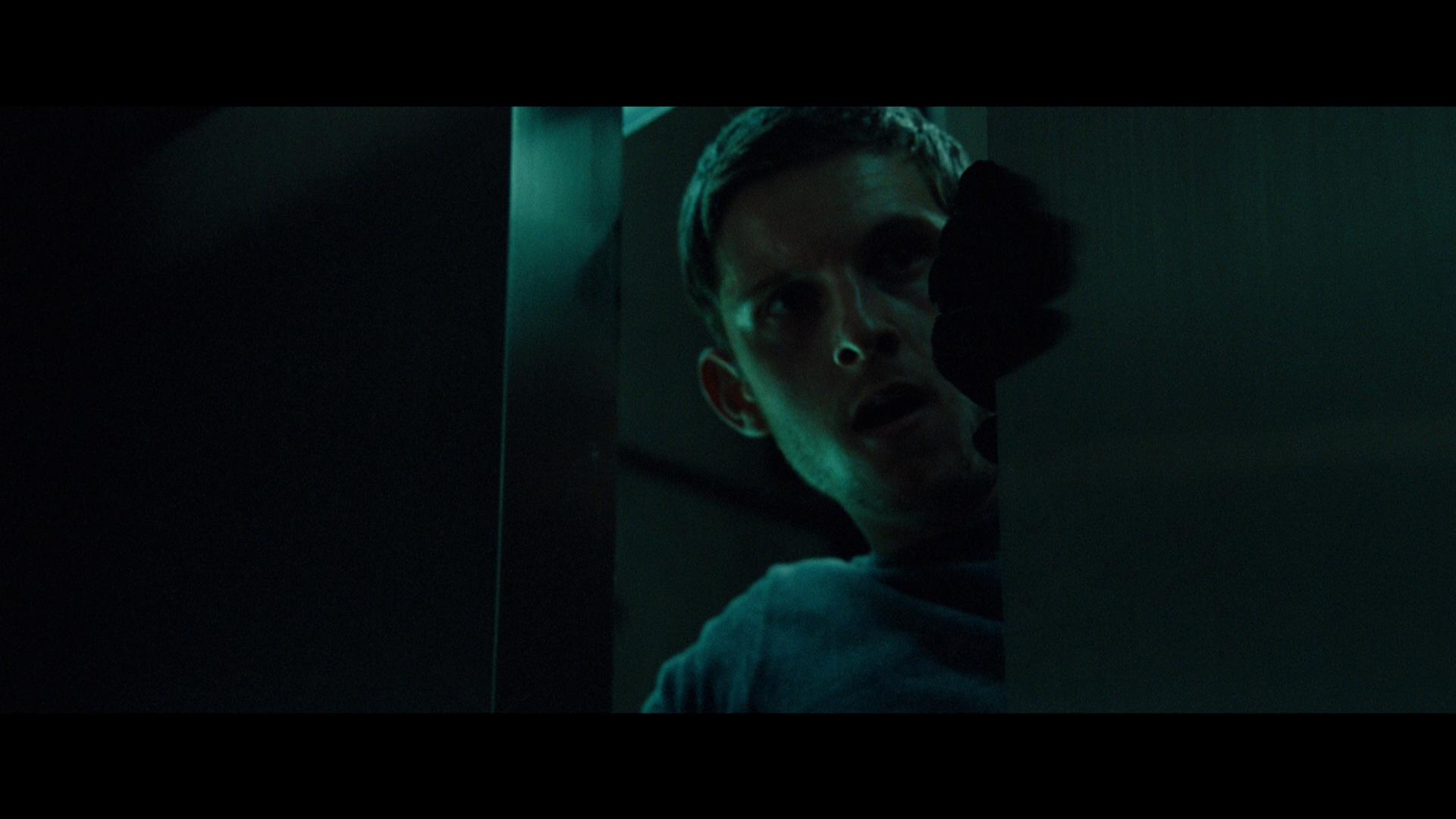