The Man Who Knew Infinity is a small-time Paramount Pictures release which stars Dev Patel (Slumdog Millionaire) as Srinivasa Ramanujan, an Indian mathematician,and Jeremy Irons (Batman V Superman) as G.H. Hardy, a Trinity College professor who Srinivasa bonds with. The film is a pretty straightforward biographical drama, following the story of the relationship between Srinivasa and Hardy as they form a lasting friendship and formulate breakthroughs in mathematics. 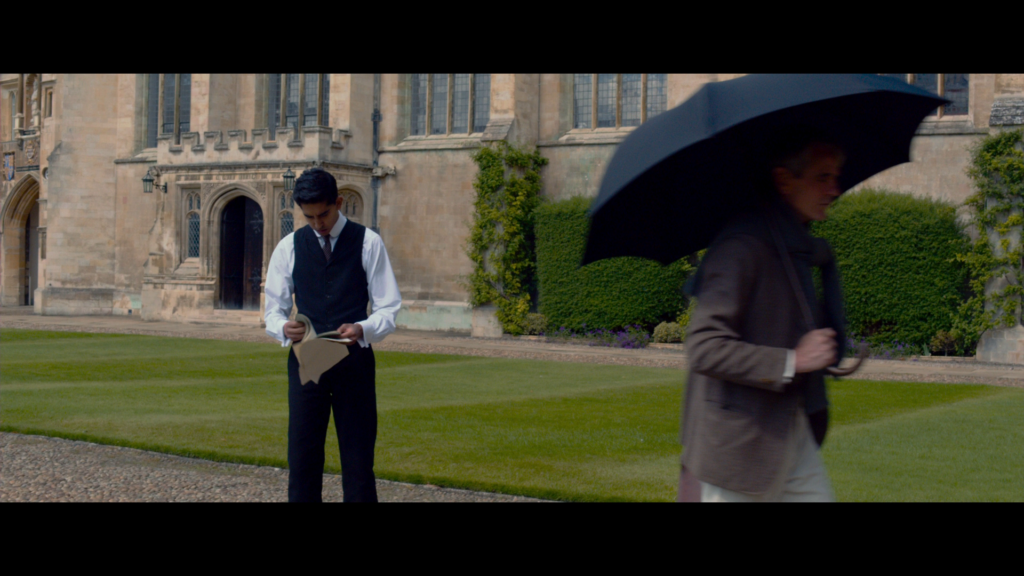 I was interested going into this story as I knew nothing about the main characters, and it was a decent watch. I was not overly excited by the film, nor was I disappointed. It sort of felt like one of those movies that you would see on HBO once or twice, maybe stop in for a few minutes, and then move along. It just is not very remarkable, and if you are not a real lover of math or history, this will be hard to get into. The Man Who Knew Infinity is a bit slow, and certainly not a happy movie by any means, but for the right person, this would be a very interesting look into the lives of these two mathematical geniuses. 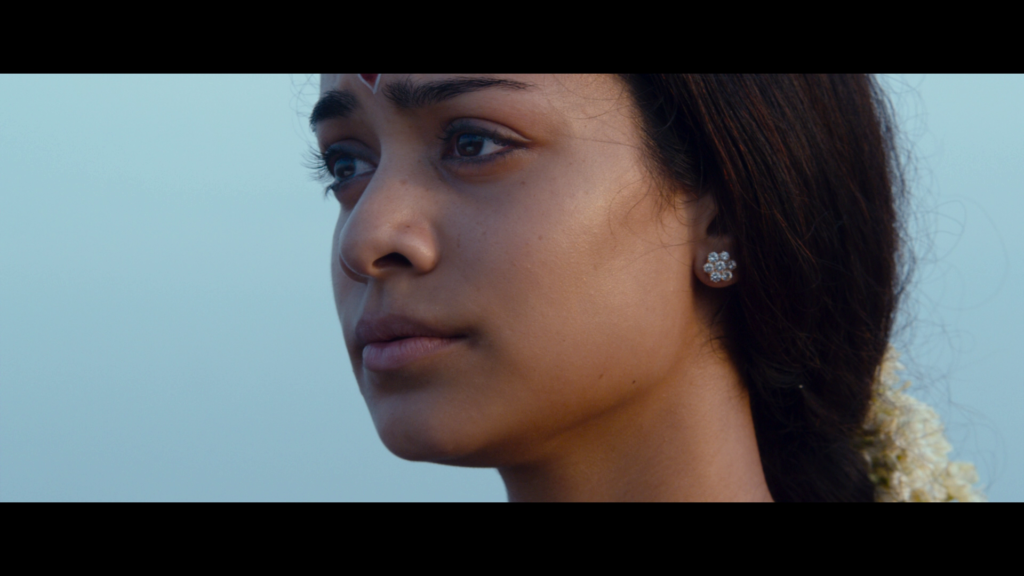 I did think that Patel and Irons did an excellent job in their roles, and the supporting cast, featuring Stephen Fry and Toby Jones as well as newcomer Devika Bhise, was also great. However, it just does not stand up to similar films, like A Beautiful Mind, or The Theory of Everything. Those two films explored similar stories and were also period pieces like Infinity (which takes place in the 1910s and 20s), but they just did a better job adapting the biographical story for the big screen.

The video quality for this release was solid, but also pretty standard for a new release. Shot on an Arri Alexa, as many newer digitally shot films are, it has the look and feel of a lower-tier release. Basically, there are moments when it looks great, but there are also times when it struggles to match up to its new release counterparts. 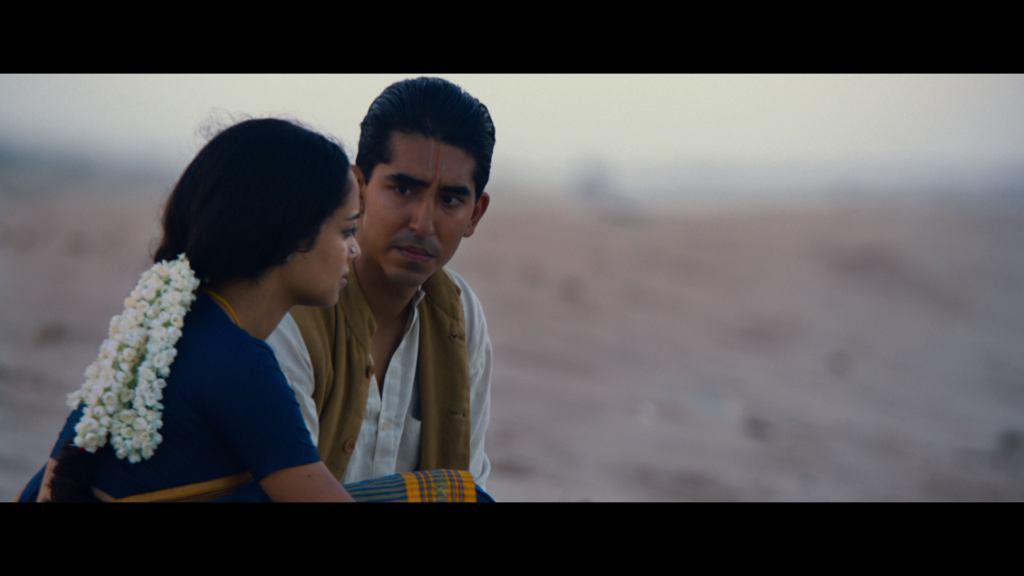 The biggest glaring issue with the video transfer for The Man Who Knew Infinity was the contrast and noise in the darker scenes. I noticed a lot of digital noise (which will look a bit like film grain on your TV) in any dimly light room, and the black levels on my TV really struggled with this Blu-ray transfer, leaving me with a washed out image. Thankfully these scenes were not prevalent, but they were common enough for me to notice quite a few times while watching.

The Man Who Knew Infinity features a strong DTS-HD Master Audio 5.1 track. Overall, it sounds pretty good, but there was little opportunity to shine. There are two or three sequences where I felt that the surround sound audio track was important, but it is still largely driven by dialogue and conversations between two or three people. 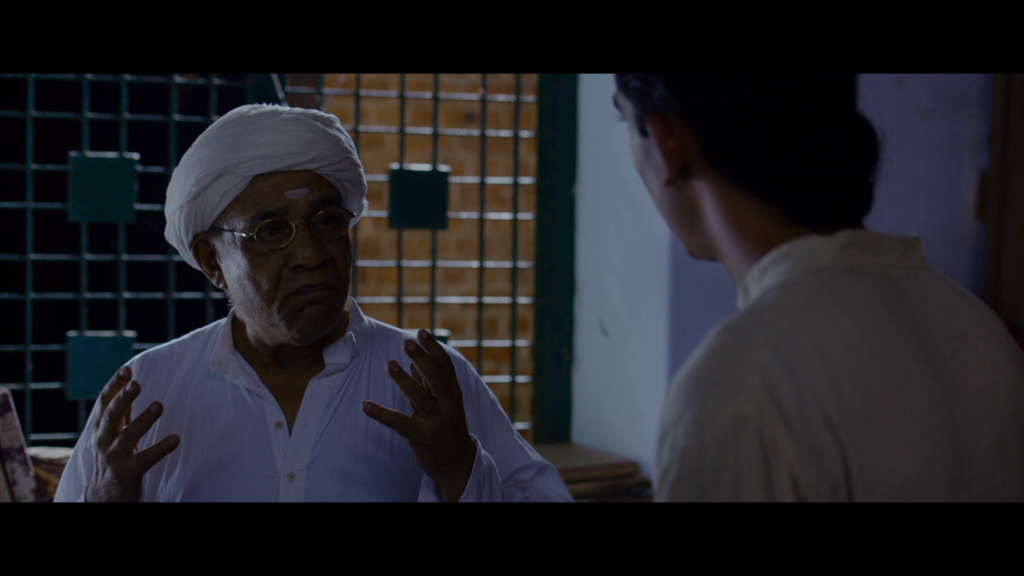 I thought that the music was great, and played into the early 1900s period very well. My SVS Prime Tower Home Theater system performed excellently, as usual (sorry, I love it), and the subtle ambient noises during the outdoor scenes really made for an immersive experience. The DTS-HD Master Audio track is by far the strongest part of this Blu-ray release, and is really the only technical highlight.

The Man Who Knew Infinity comes in a one-disc eco-case, which feels like it was made from a single recycled bottle of soda; that is to say, it is not very sturdy and feels cheap. There is just a single Blu-ray disc included with this release, and there is no digital copy included for your digital library. The cover art is fairly plain but straightforward, and the disc features no artwork. 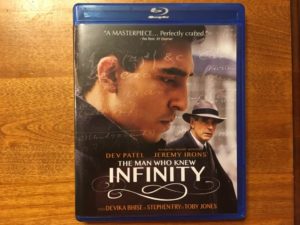 As for special features, there are none. Nothing. Zilch. Zero. This is surprising to me, and I have no idea why someone would run out to buy this film for their Blu-ray library when there is absolutely no incentive to owning it. Honestly, this will probably be a $5 title very soon, if you can even find it at stores. Most likely it will be sold only at online retailers like Amazon. This clearly was a movie that was pushed aside by the studio for its physical media release, as there does not seem to have been any effort put into the packaging or features.

I can’t say that I recommend picking up The Man Who Knew Infinity on Blu-ray, because it simply is not being offered. After checking Amazon, and other retailers, it seems as if only a DVD copy is available. The Blu-ray option states that it is “Currently Unavailable”, although our initial press releases indicated that it would be available on August 23rd. This is most likely a choice by the studio to reduce costs for an almost invisible movie like this, but it is strange given that we were sent a Blu-ray copy to review. If it ever does become available, I would recommend it as a bargain buy when it drops in price, and only if you are a fan of the genre. Otherwise, it might be best to skip this one, although it looks like Paramount Home Entertainment may have already made the decision for you by not making it available.