Mamma Mia! Here We Go Again is a 2018 jukebox musical romantic comedy film that was written and directed by Ol Parker, from a story written by Parker, Catherine Johnson, and Richard Curtis. It is a follow-up to the 2008 film Mamma Mia!, which is based on the musical of the same name using the music of ABBA. The film features an ensemble cast, including Lily James, Amanda Seyfried, Christine Baranski, Julie Walters, Pierce Brosnan, Andy Garcia, Dominic Cooper, Colin Firth, Stellan Skarsgard, Jessica Keenan Wynn, Alexa Davies, Jeremy Irvine, Josh Dylan, Hugh Skinner, Cher, and Meryl Streep. Both a prequel and a sequel, the plot is set after the events of the first film, and also features flashbacks to 1979, telling the story of Donna Sheridan’s arrival on the island of Kalokairi and her first meetings with her daughter Sophie’s three possible fathers.

Due to the financial success of the first film, Universal Pictures had been long interested in making a sequel. The film was officially announced in May 2017, with Parker hired to write and direct. In June 2017, many of the original cast had confirmed their involvement, with James being cast in the role of Young Donna that July. Filming took place from August to December 2017 in Croatia, and at Shepperton Studios in Surrey, England. A British and American joint venture, the film was co-produced by Playtone, Littlestar Productions, and Legendary Entertainment.

Mamma Mia! Here We Go Again premiered at the Hammersmith Apollo in London on July 16, 2018, and was released in the United Kingdom and the United States on July 20, 2018, ten years to the week of its predecessor’s release, in both standard and IMAX formats. The film has been a box office success, grossing over $392 million worldwide and receiving generally positive reviews, with critics praising the performances and the musical numbers. 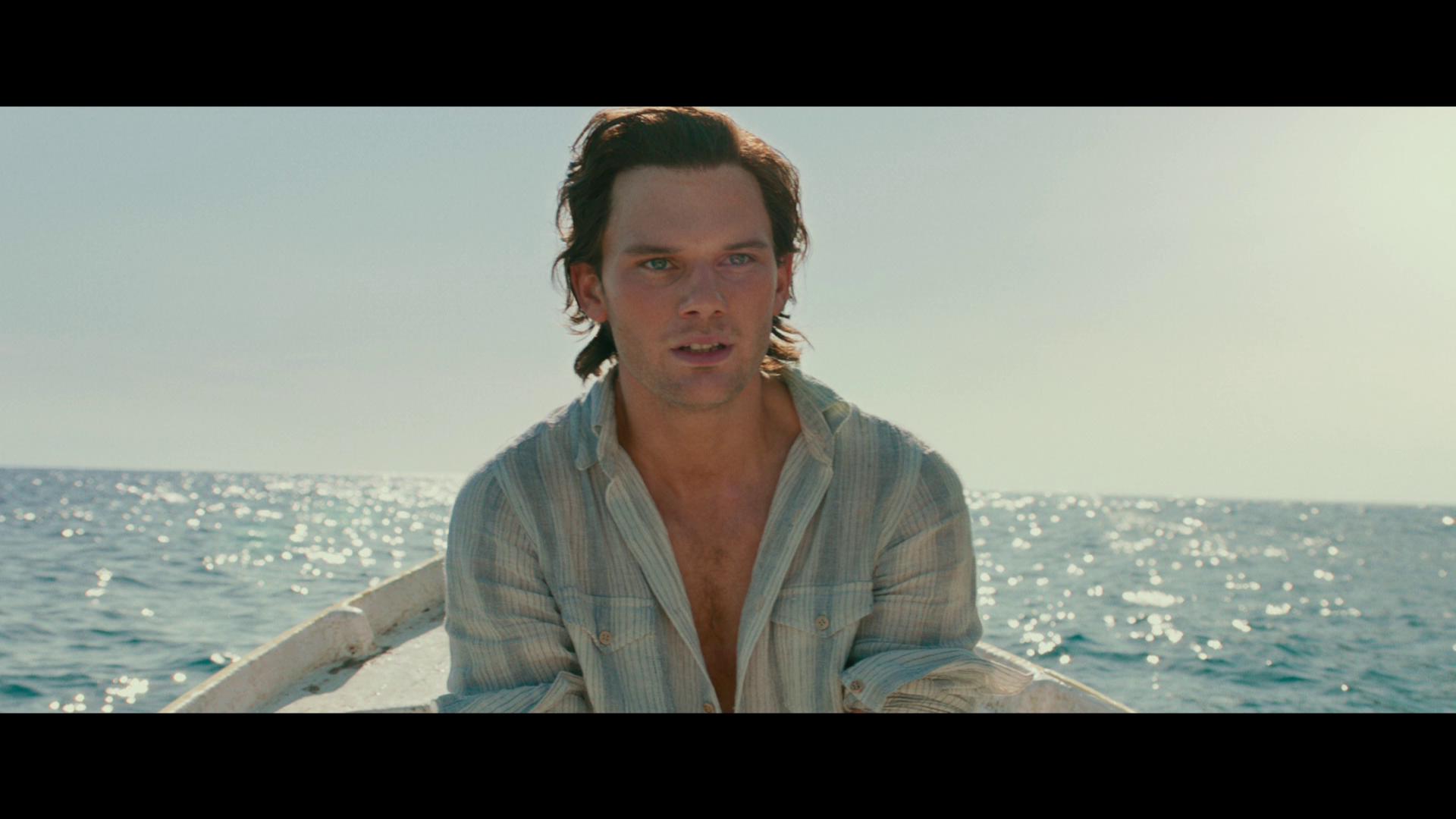 Mamma Mia! Here We Go Again is a movie that immediately grabs the attention of those who absolutely loved the original. Giving its viewers a charming, and bizarre sequel that plays very much like a familiar song, it all feels a bit too familiar. Despite picking up where they left off ten years ago, the notable parts of this experience managed to keep themselves intact and ultimately deliver a pretty good time. Generally speaking, it’s not the best of movies, but if you enjoyed the earlier film, then you’ll certainly enjoy this one. 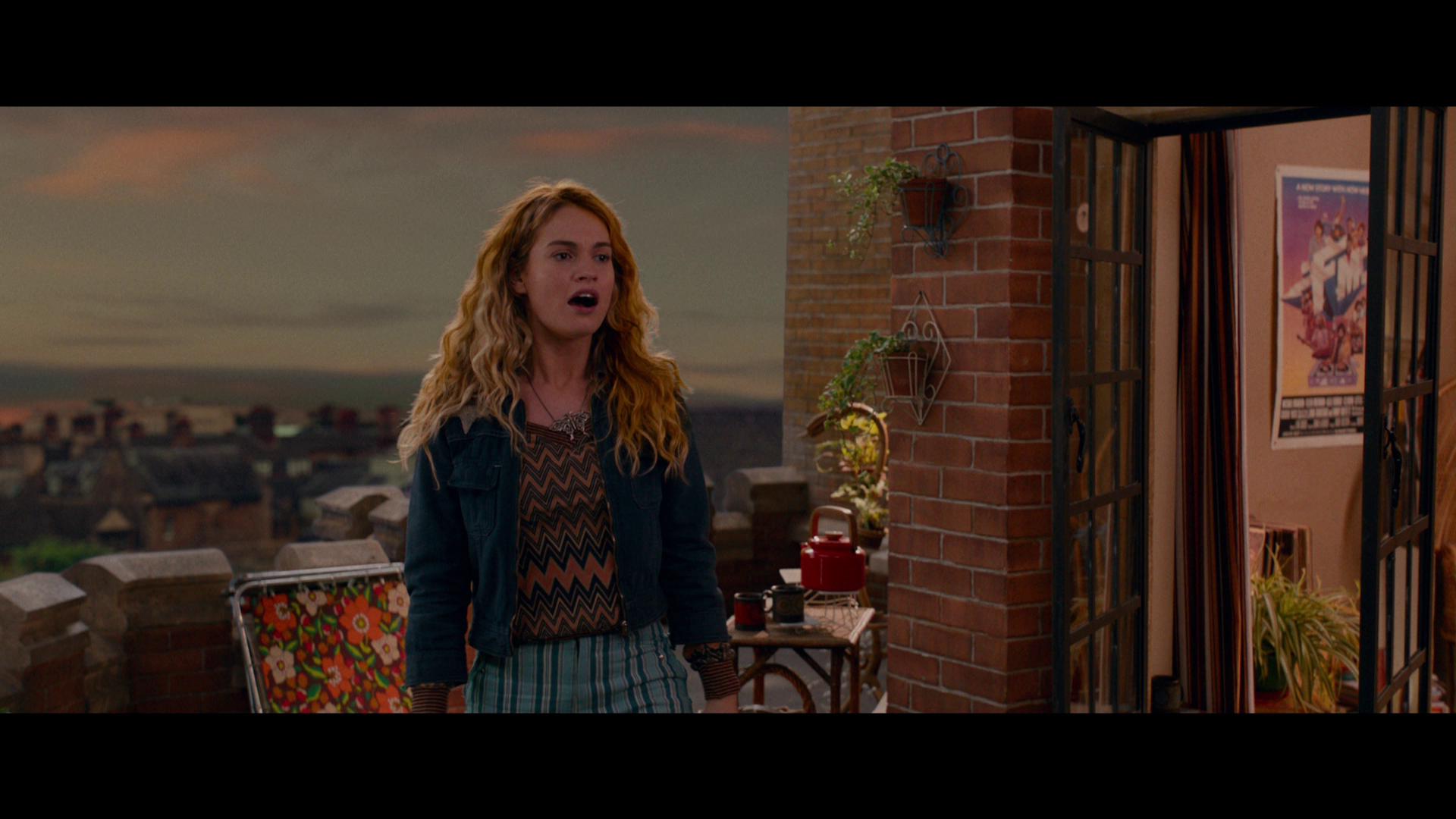 Despite being an upscaled or “fake” 4K release, Mamma Mia! Here We Go Again ultimately shines best with its utilization of Dolby Vision.  Giving its viewers a bright and vivid color presentation that really offers a detailed look into the scenic views, the overall presentation simply just popped on my living room television.  While the majority of the movie really didn’t have much that stood out over other parts, I will certainly say that the scenery in which the story takes place really stood out the best with me personally, and really helped with the fun to be had with the various dance numbers.

Bundled with a Dolby Atmos audio track, the 4K UHD release of Mamma Mia! Here We Go Again really does a decent job at offering an all out immersive audio experience.  It did take me a little bit to figure out where the elevation aspect to the channel would come into play; but, they were clearly used with the ambient sounds that added to the scenic elements.  The musical numbers really sounded great through my home theater system, almost as if I were sitting there at a live show.  The dialogue is spoken cleanly, ensuring that the characters could be heard without having to adjust the volume levels as it progressed. 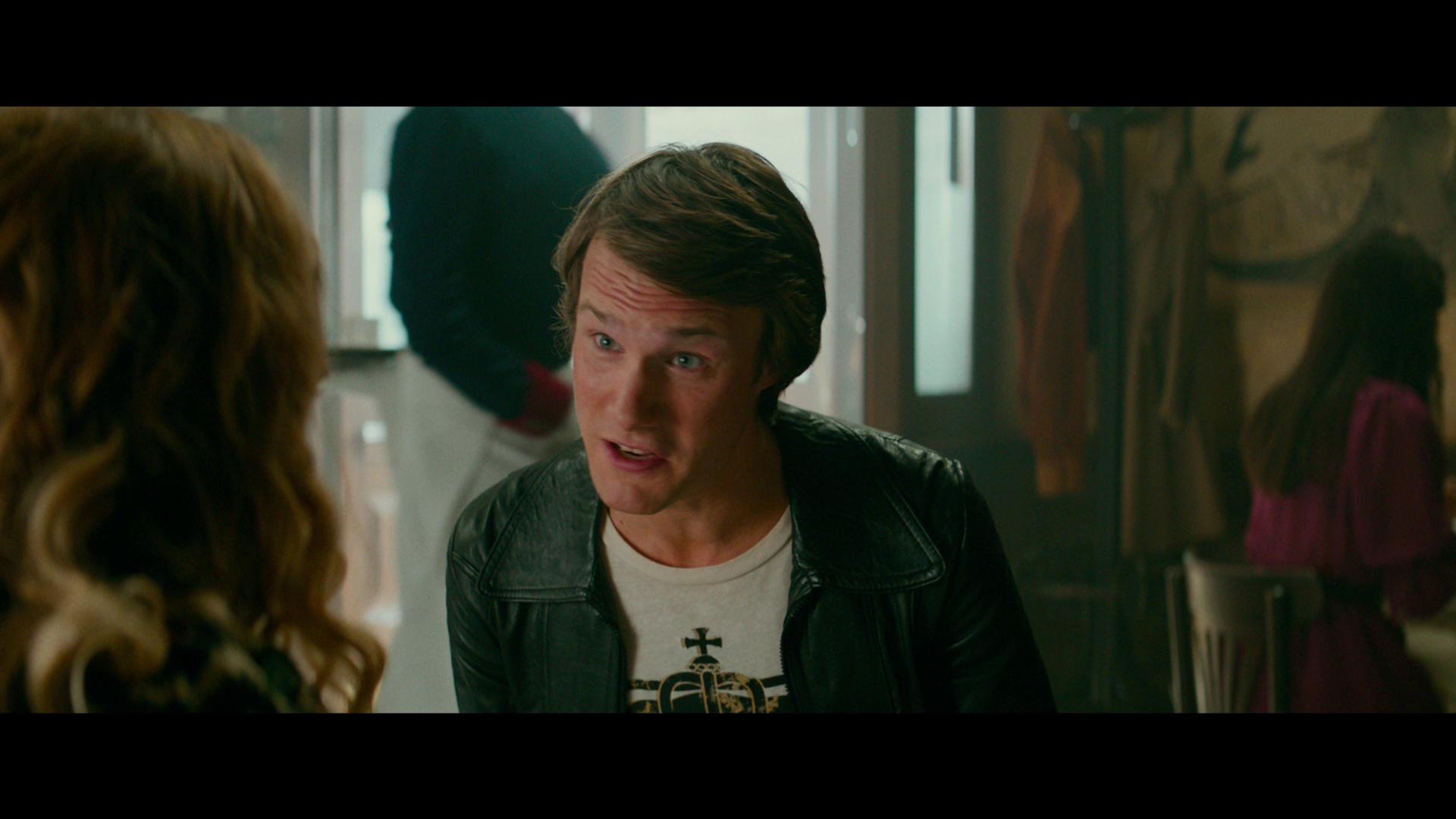 The 4K UHD release of Mamma Mia! Here We Go Again comes packaged in your standard two-disc 4K UHD amaray case.  Within that case is the standard 4K copy of the movie as well as the standard Blu-ray copy.  The UHD does feature a piece of artwork that’s related to the movie and is completely different from that of the case art, while the Blu-ray bears no artwork at all outside of the standard release text and solid colored background.  There is also a digital copy redemption pamphlet that’s been included as well as a slipcover that’s been made available during the original pressing that features the same artwork that’s included on the case. 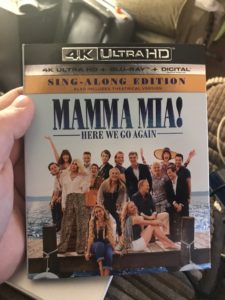 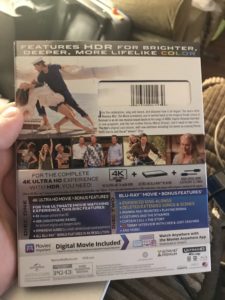 There are a good number of special features that have been included with the 4K release of Mamma Mia! Here We Go Again.  Surprisingly, we’re starting to see the trend in which the same content that’s included on the Blu-ray is also included on the UHD but at the 4K resolution.  The content that’s included with this release offers some continued exploration into the story, some behind the scenes look and some generally fun activities for anyone who’s into this movie.  Included with this release is: 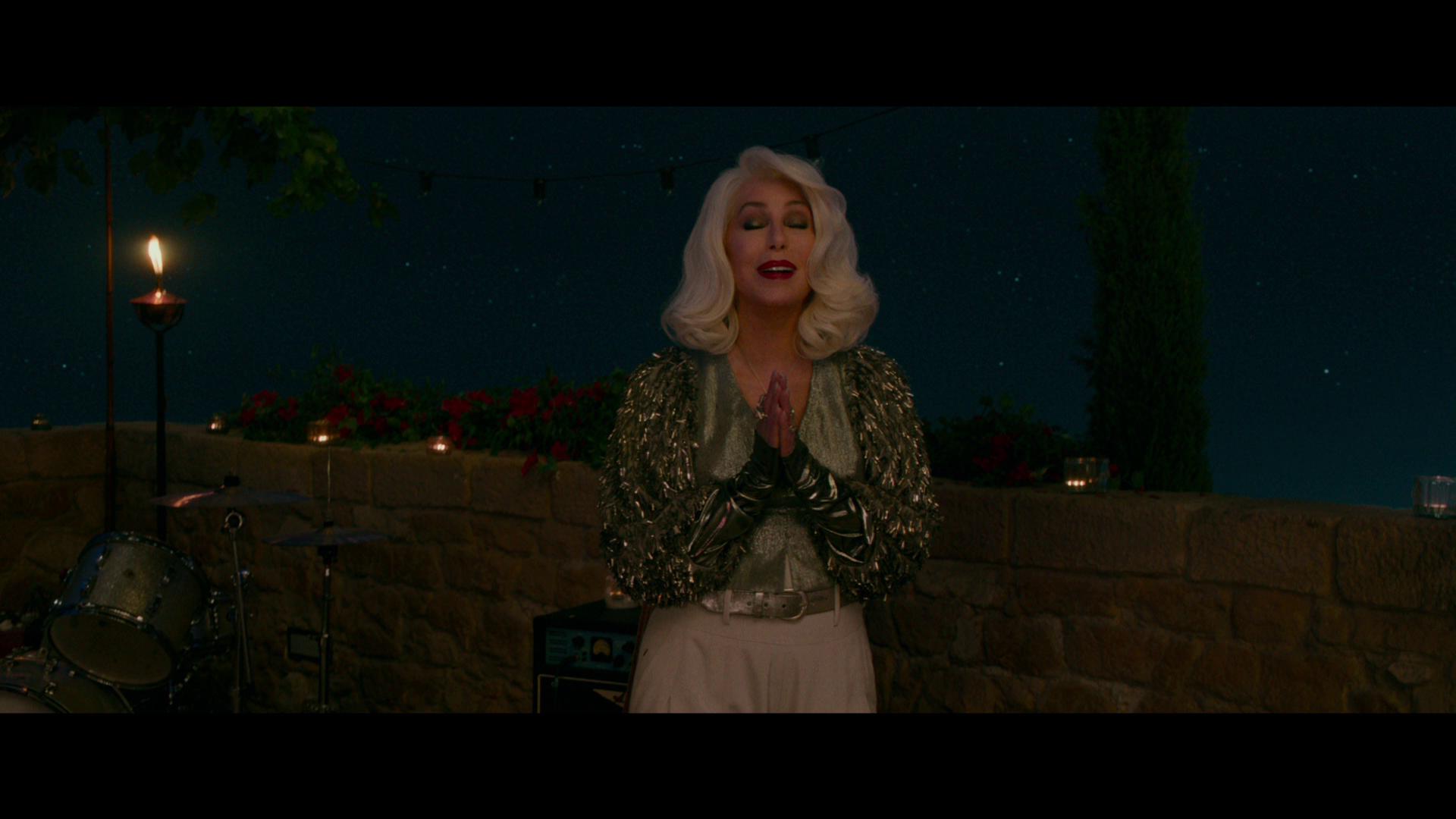 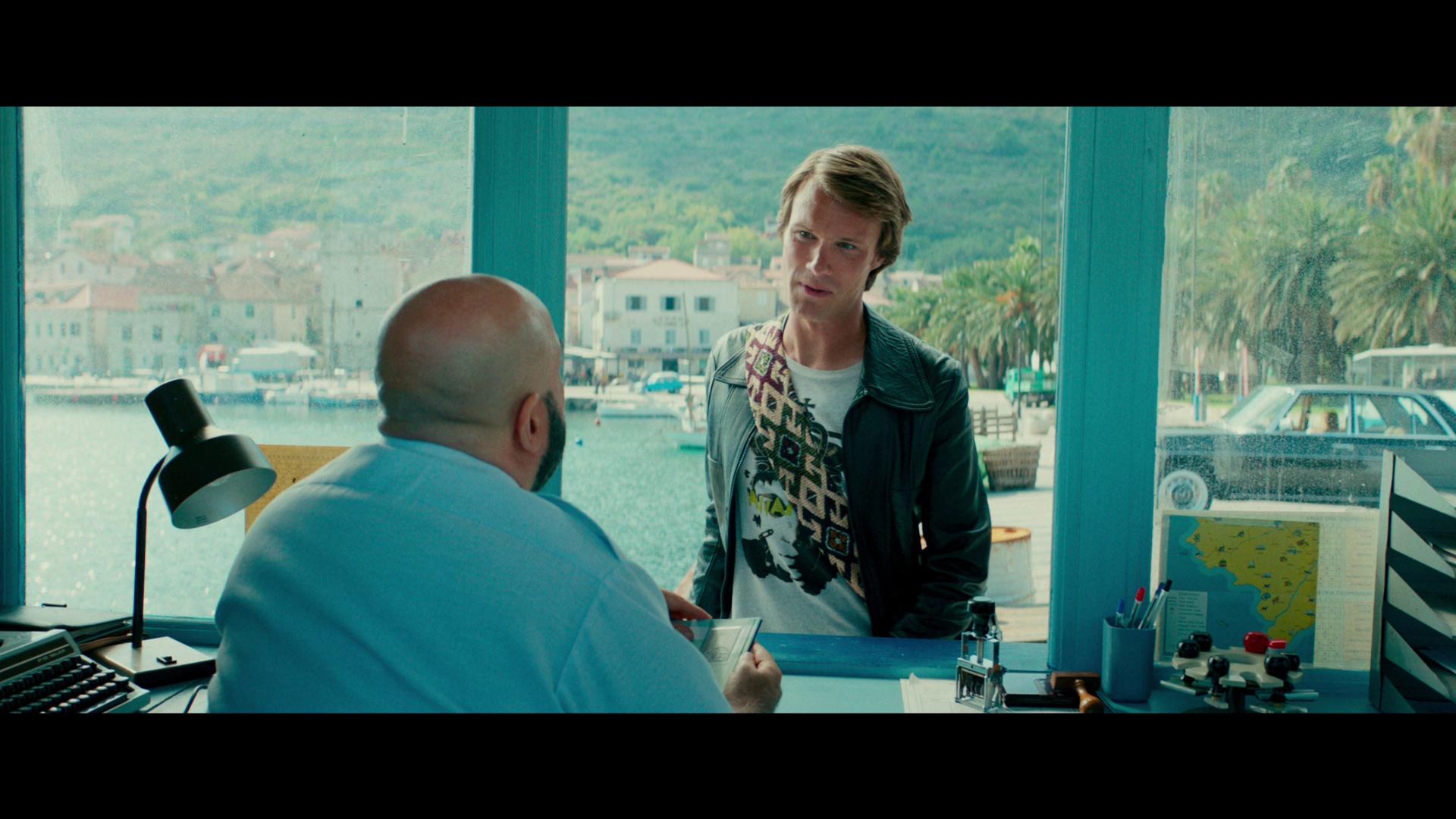 Overall, Mamma Mia! Here We Go Again was a really fun time.  The movie as a whole, isn’t necessarily something that I would consider to be one of my favorites; but, my wife and I both had a really good time watching through it the other night.  The audio and visual presentation of the 4K release were superb enough that really made this movie shine in my living room.  The special features are pretty detailed, and I personally had no complaints with the content that was included.  If you’re considering this release for your collection, I can definitely recommend it if you were a fan of the first movie.  Mamma Mia! Here We Go Again will be available on 4K UHD, Blu-ray and DVD beginning tomorrow!  Or if you want, enter our Instagram contest for a chance to win a 4K UHD copy. 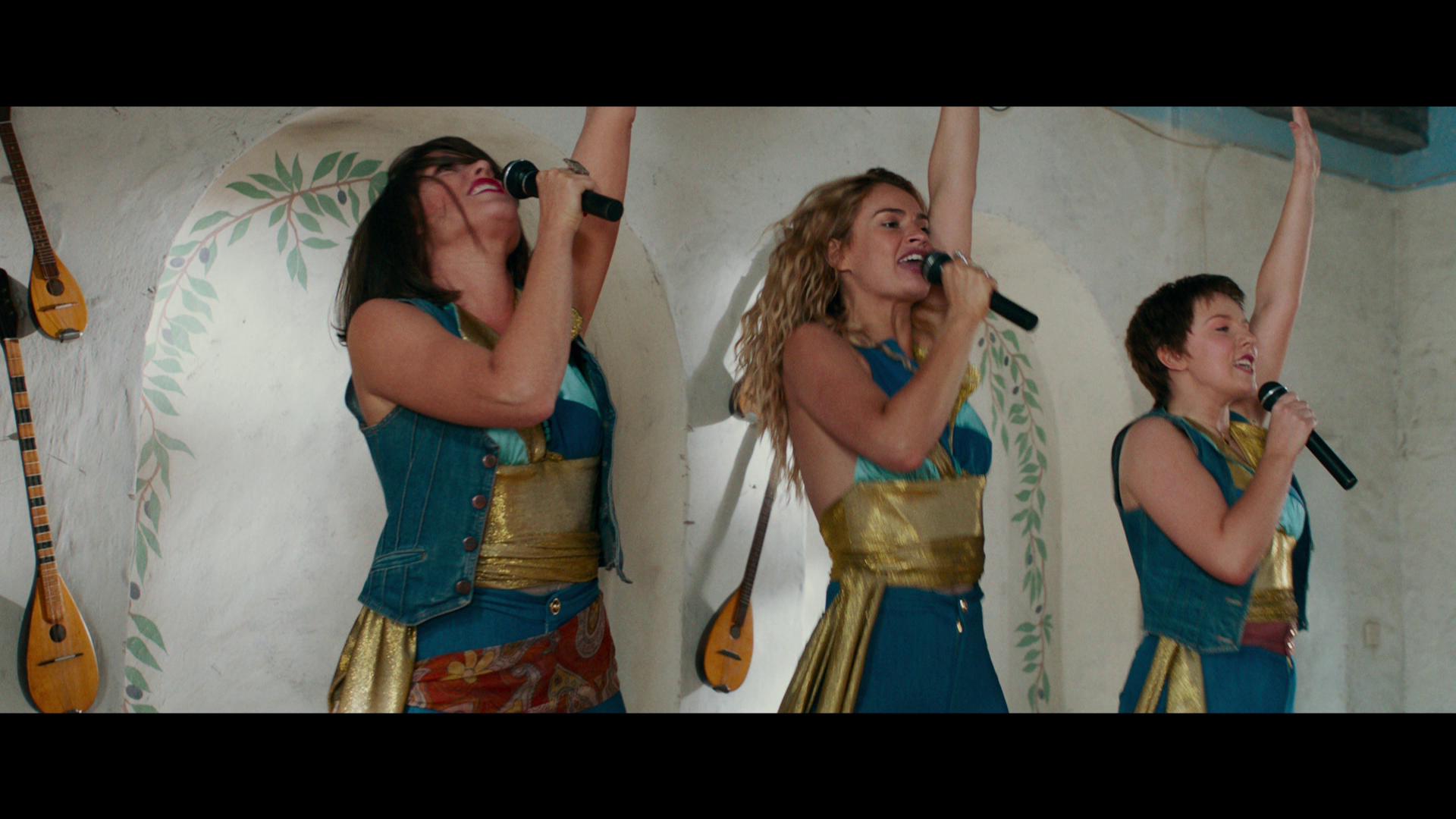