Major Payne is a 1995 American military comedy film that was directed by Nick Castle and written by and features Damon Wayans. The film also stars Karyn Parsons, Steven Martini and Michael Ironside and is a loose remake of the 1955 war film The Private War of Major Benson, starring Charlton Heston.

Making its US debut on March 24, 1995, the film tells us the story of U.S. Marine Corps Major Benson Winifred Payne. He’s a hardened marine who returns from a violent, but successful drug raid in South Africa, only to find out that once again he is not being promoted to lieutenant colonel. He receives an honorable discharge on the grounds that “the wars of the world are no longer fought on the battlefield”, and that his military skills are no longer needed.

After leaving the military, Payne finds life as a civilian to be miserable and reaches his breaking point. To help him adjust, he applies for a job as a police officer, however, during the test to see how applicants handle domestic violence disputes, he overreacts and repeatedly slaps the man who hit his wife in the scenario. After being placed into jail on assault charges, his former general informs him that he has secured a job for him that will help get him back into the military; serving as the instructor for the Reserve Officer Training Corps Program at Madison Preparatory School in Virginia.

Major Payne debuted at number 2 behind Outbreak with a gross of $7 million during its opening weekend. It went on to eventually gross $30.1 million worldwide. 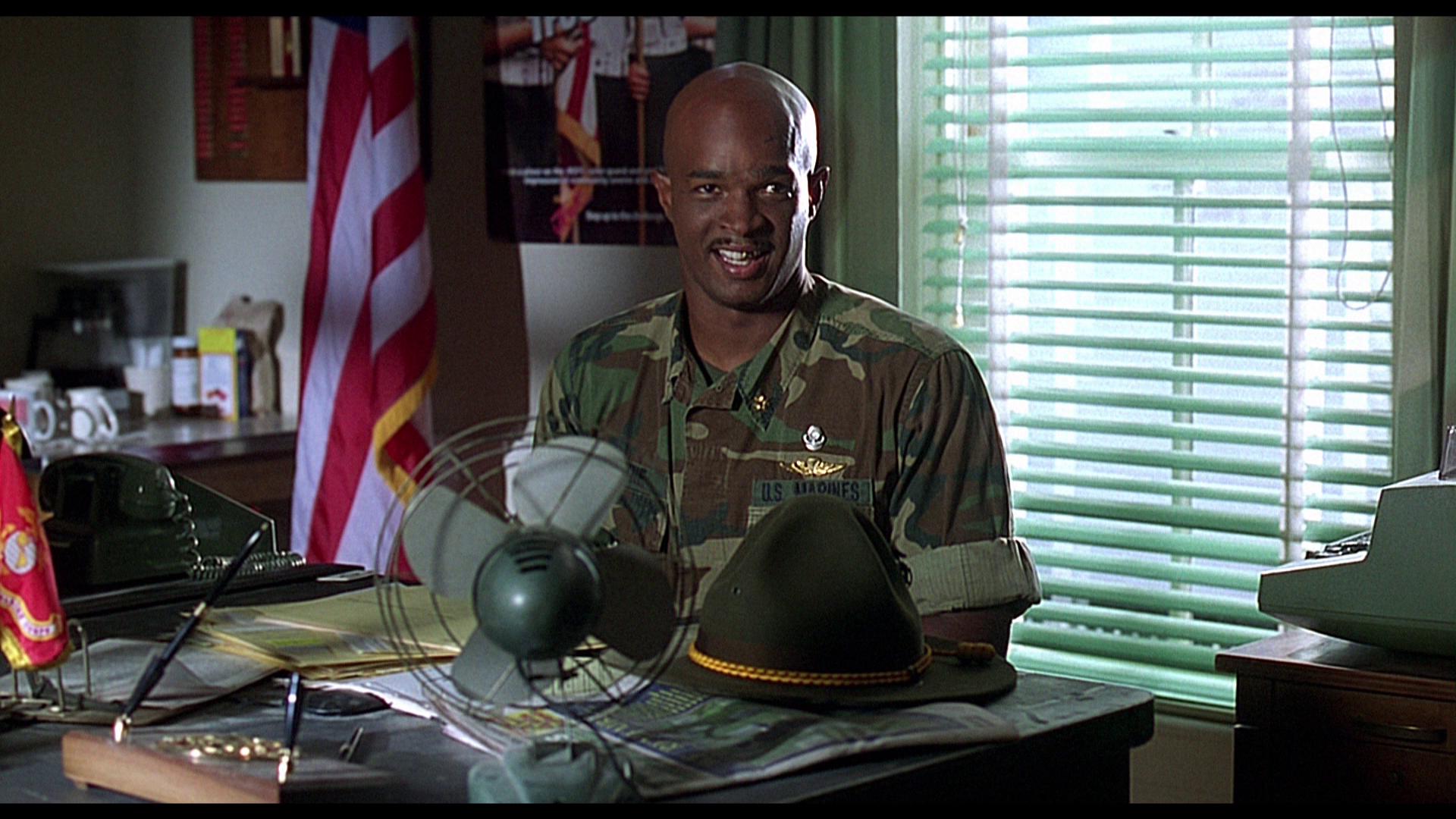 Major Payne is a film that I grew up with throughout my high school years.  I was part of my schools Marine Corps ROTC program for four years, and this film was one of my favorites ever since I had first seen it on VHS back in the day.  The fact that this film got a Blu-ray release made me immediately recognize that it would be a day-one pickup.  While watching through it with my wife, who had never seen the film before, it certainly holds up just as much as it did back in the early 2000’s.  There is comedic value to this film, a great story with a semi-serious undertone, I’m definitely glad that I opted to grab this film on Blu-ray when I did. 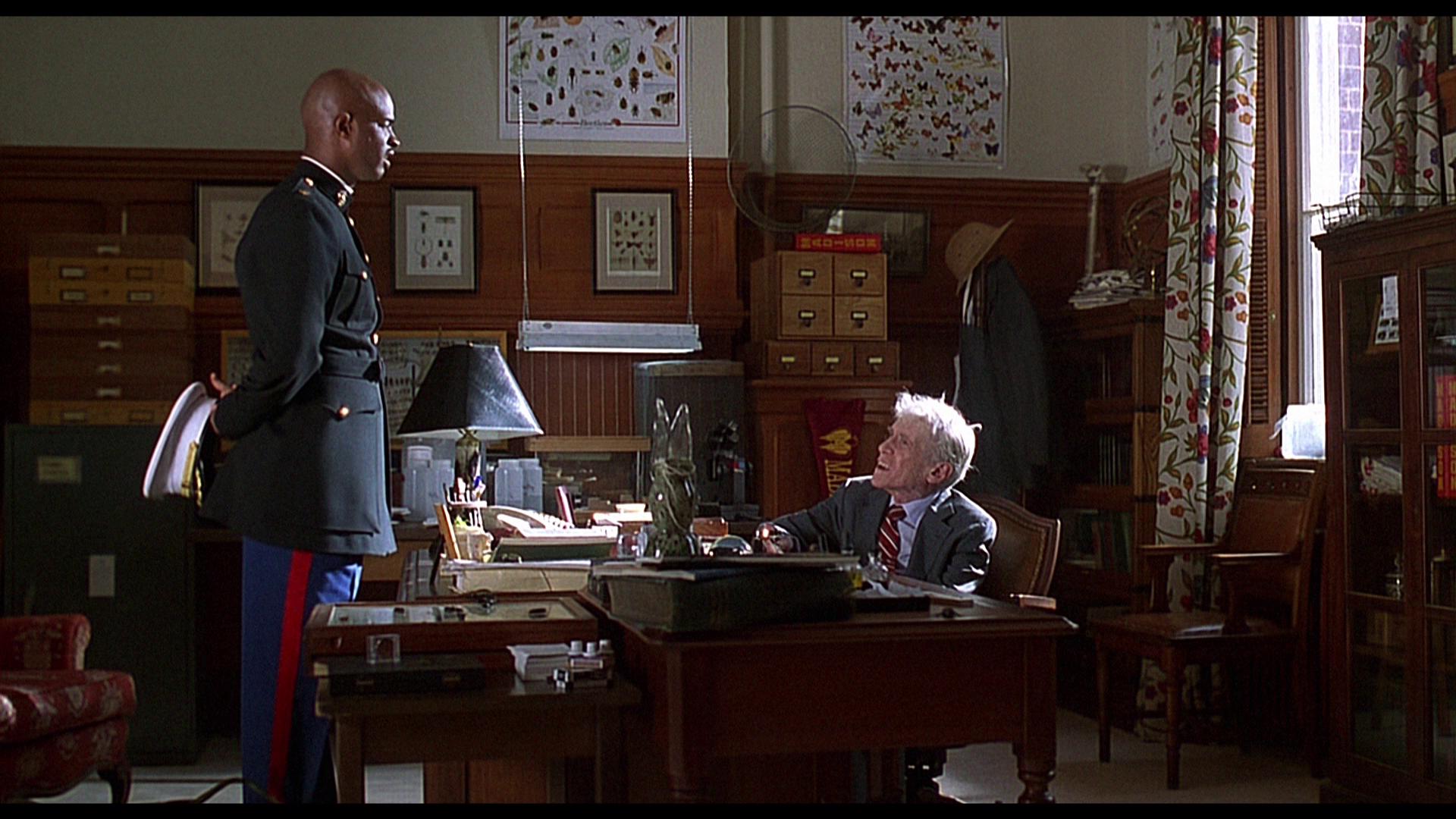 While picking up Major Payne on Blu-ray, I was a bit worried because I had seen some pretty crappy scans of films from my earlier years; however this particular release is absolutely crystal clear.  Watching through this release felt as if I was watching it back in the day, when VHS/DVD quality made no difference to me, except now that I was able to visually see some items in the background of various scenes that I didn’t remember seeing in the previous times that I had seen this film. 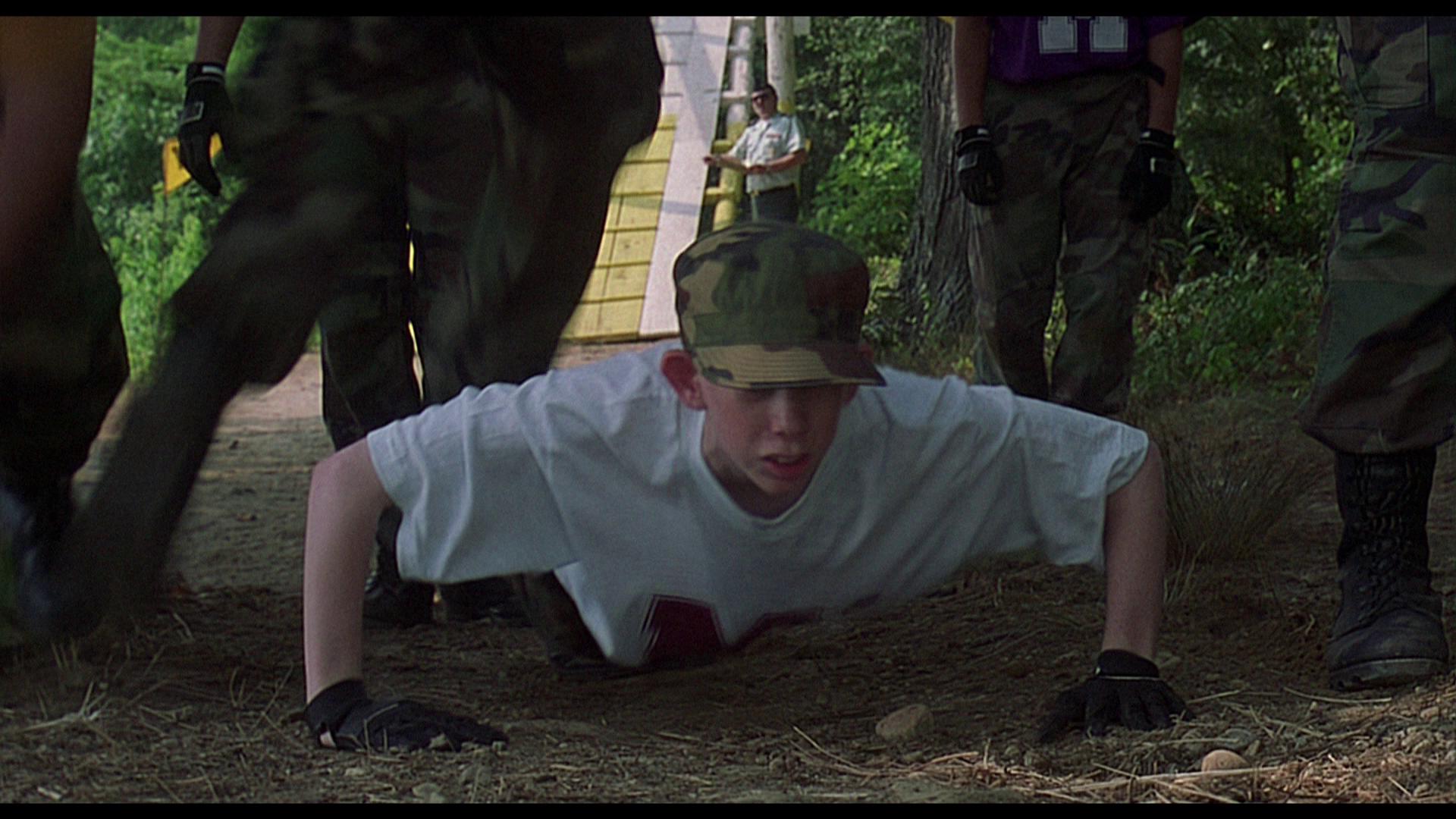 Packed with an all new DTS-HD Master Audio 5.1 sound track, Major Payne offers a solid immersive experience as viewers follow along every scene, including the war torn scenes that play out in the very beginning of the film.  While I personally would’ve loved to have seen this released with a 7.1 audio track, I can’t complain once bit because there was no distortion to the overall audible experience; and did an absolutely fantastic job in aiding the nostalgic trip I took as we watched through this movie. 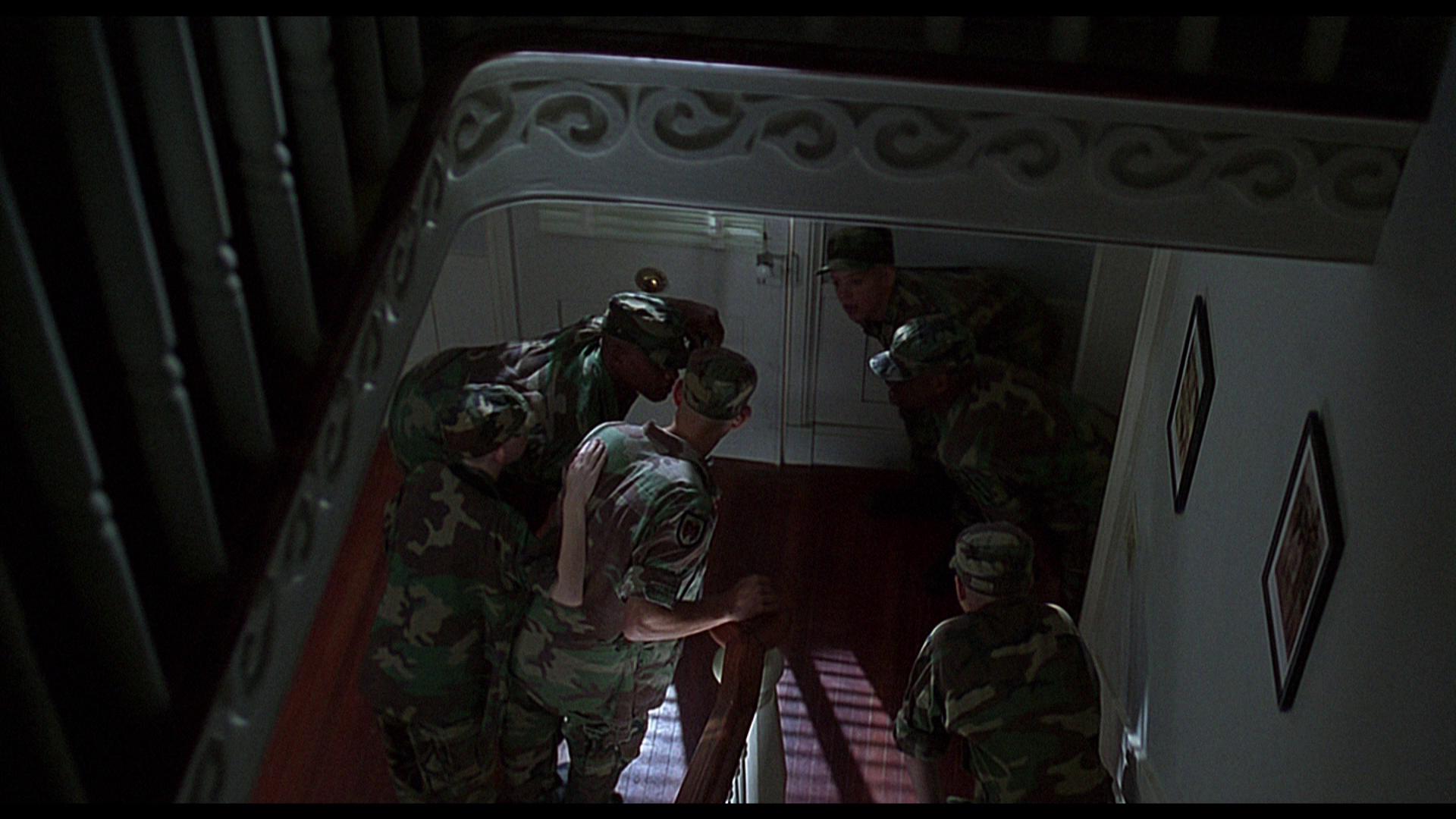 Major Payne comes packaged in your standard single-disc Blu-ray amaray case.  Within that case, you’ll find the Blu-ray copy of the film.  There is no DVD copy of the film included, nor is there any kind of digital copy redemption pamphlets.  The disc does not feature any kind of artwork whatsoever and is rather generic as it contains the necessary text for the release as well as the films title.  There is no slipcover available with this release. 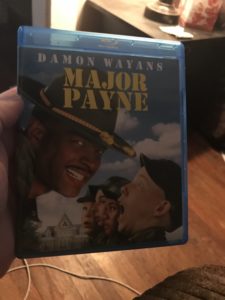 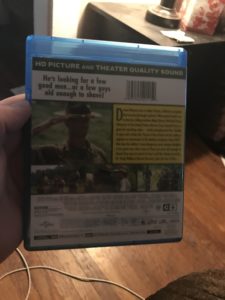 Unfortunately, there are no special features included on the Blu-ray release of Major Payne.  As a result, there is no rating on this section of this review. 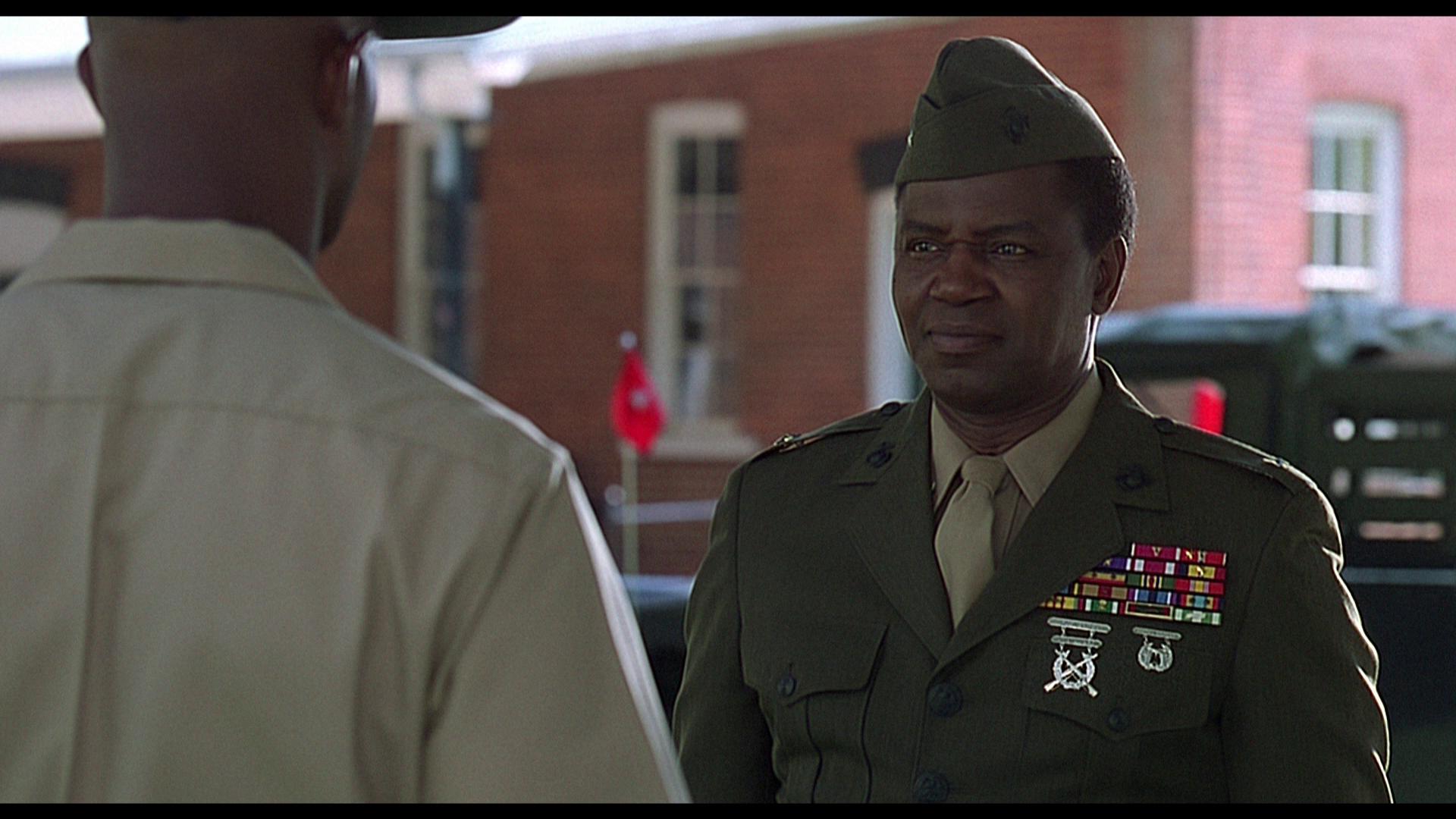 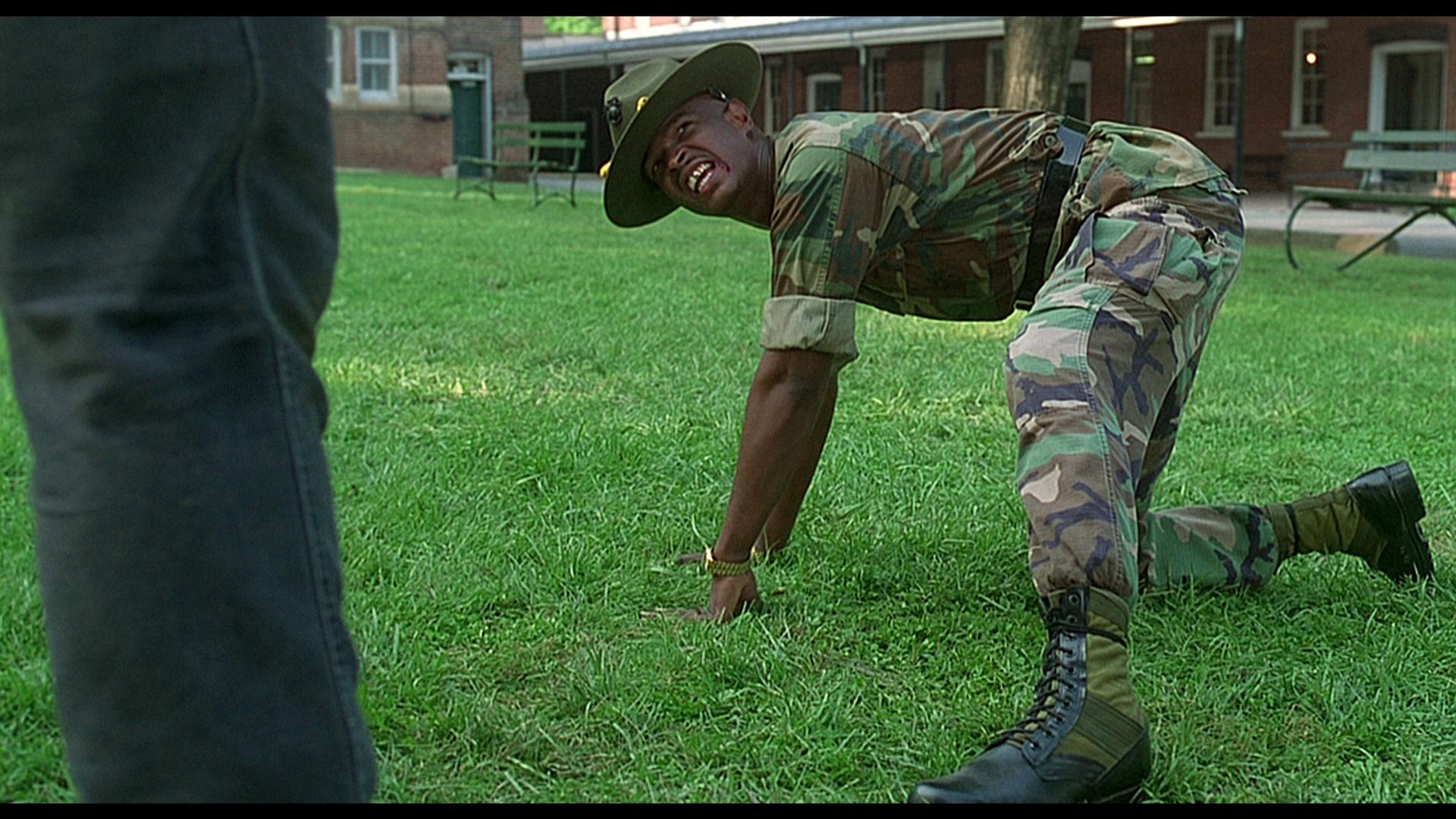 Like I said earlier on, Major Payne is a film that I grew up with throughout my high school years, and was semi-relatable to my life as I was a part of my school district’s ROTC program then.  Watching through this Blu-ray release was great as I was able to take a stroll through memory lane.  The story of this movie holds up really well to date and offers quite an experience for family movie nights.  The all new scan of the film accompanied by the new audio track, this release is one that should be had if you’ve ever been on the fence about picking this up.  Unfortunately, there are no special features included on this Blu-ray release, which is a shame because there was some potential for something to be included with such a great movie.  Despite seeing some negative feedback on other review sites, alongside the fact that this is a pretty barebones release, I would definitely recommend picking this movie up as it’s definitely available for a reasonable price from Amazon. 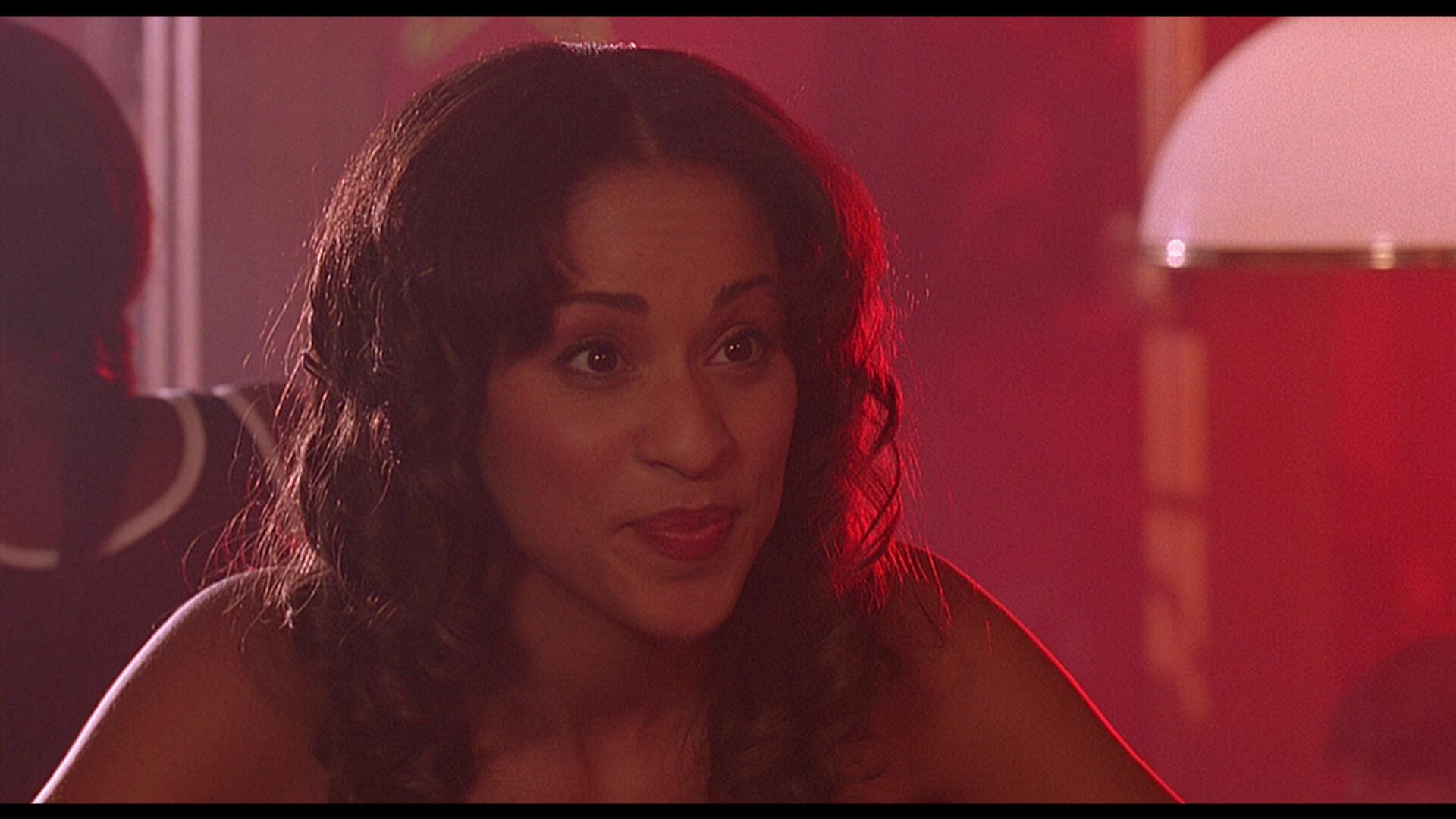