Love, Simon is a 2018 American romantic comedy-drama film that was directed by Greg Berlanti, written by Isaac Aptaker and Elizabeth Berger, and based on the novel titled Simon vs The Homo Sapiens Agenda by Becky Albertalli. The film features Nick Robinson, Josh Duhamel, and Jennifer Garner. It centers on the titular character, Simon Spier, a closeted gay teenage boy, who, in high school is forced to balance his friends, his family, and the blackmailer that is threatening to out him to the entire school, while simultaneously attempting to discover the identity of the anonymous classmate with whom he has fallen in love with online.

Love, Simon premiered at the Mardi Gras Film Festival on February 27, 2018, and was released in the United States on March 16, 2018, by 20th Century Fox. Critics praised the film for its “big heart, diverse and talented cast, and revolutionary normalcy”, describing it as an “instant classic” that is “tender, sweet, and affecting” and a “hugely charming crowd-pleaser” that is “funny, warm-hearted and life-affirming”, with many comparing it to the romantic comedy-drama films of John Hughes. It is the first film by a major Hollywood studio to focus on a teenage gay romance. 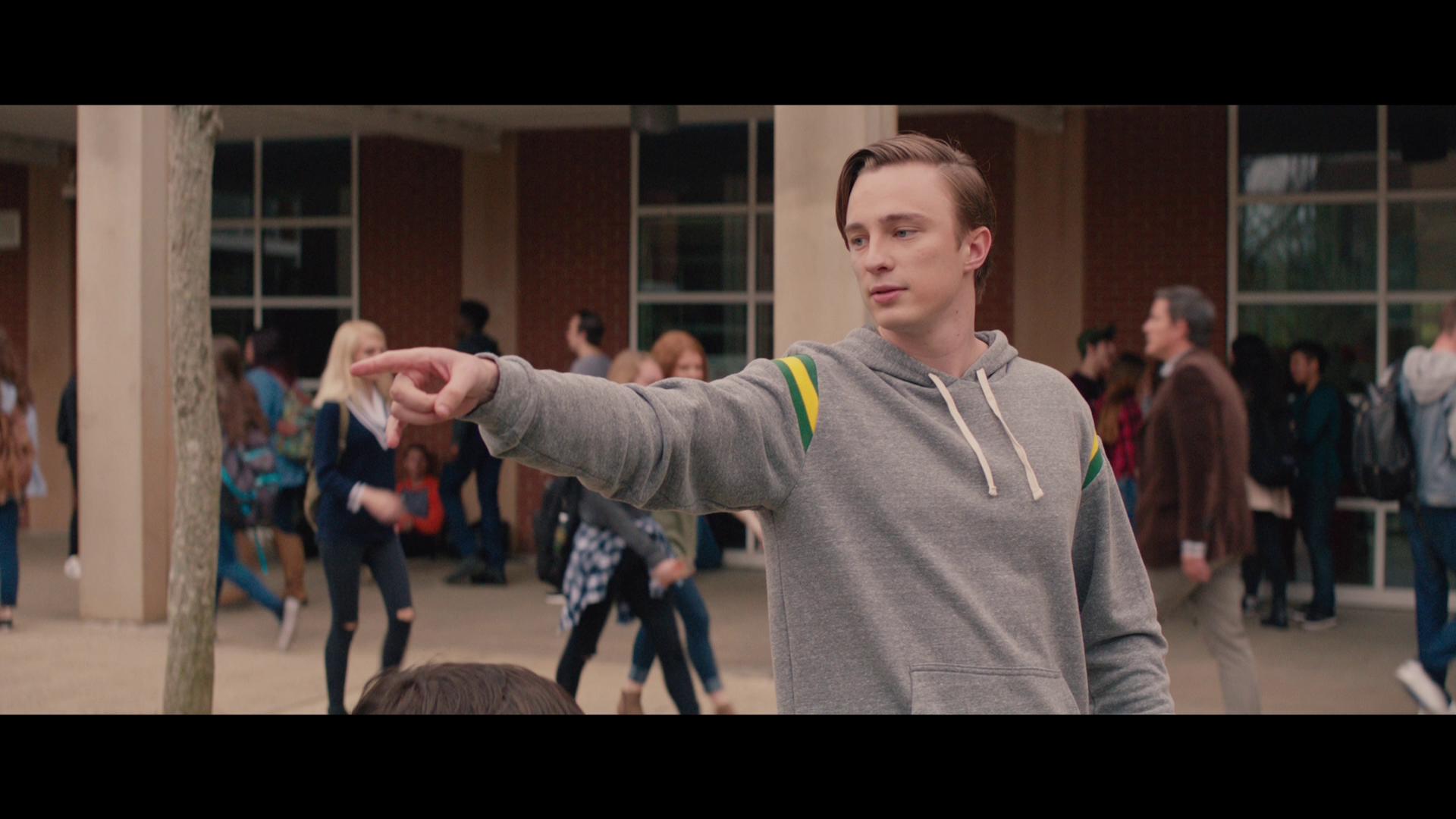 Offering, what feels like, a long overdue milestone of inclusion, Love, Simon is a movie that tells us the story of a homosexual teenager who is not only starting to come to terms with his sexual preference, but ultimately shows the stress that accompanies this if he were to make this preference more known among his peers.  Pretty much on par with most, if not all, John Hughes films, this movie presents itself in a way that makes the entire experience rather enjoyable from beginning to start.  As the romantic mystery develops, there is ample comedic aspects that keeps those watching this movie amused, and ultimately looking forward to the next step in Simon’s coming of age. 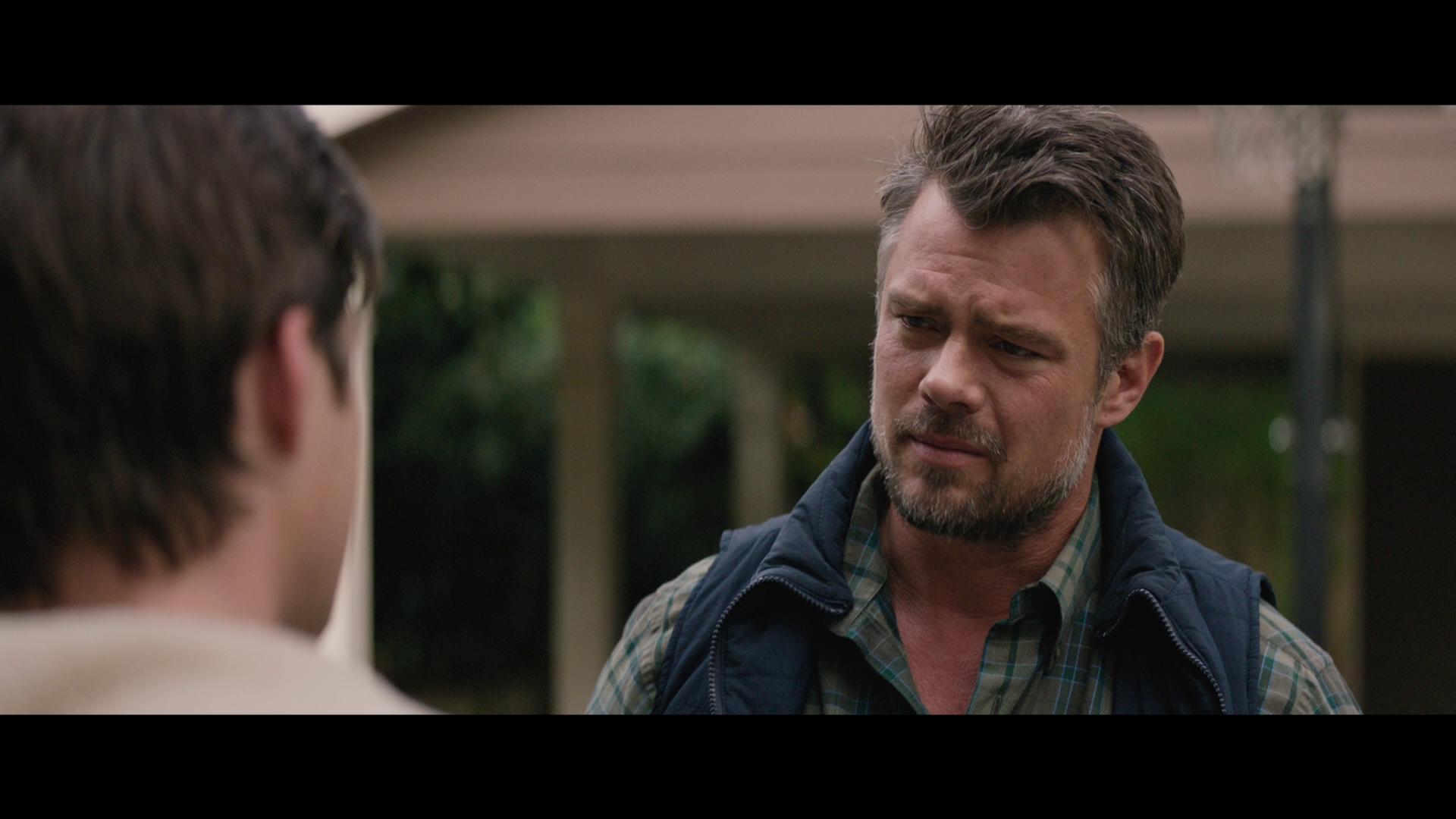 Presented in 1080p, Love, Simon looked really damn good as it played out across my living room television.  Being able to not only display the vividness and bright colors that we often attribute to adolescence, everything is presented in a way that allows you to really grasp and understand how loving and fun those who surround the titular character really are.  The camera also did an absolutely fantastic job at capturing and conveying the overall emotional experiences that the characters were going through, as you follow along with the overall development of the lead character; which I think really made it much easier for my wife and I to have somewhat of an empathetic experience with this movie.

Packaged with a DTS-HD Master Audio 5.1 audio mix, Love, Simon does everything that it can within its power to offer an all out immersive experience for its viewers.  The use of the channels behind this 5.1 mix were correctly proportioned as they transitioned from channel to channel with the camera movement and did a great job at making my wife and I feel as if we were right there with everyone.  However, I do feel that this movie would have fared a lot better had they gone with a 7.1 mix; but with the track that has been provided, it wasn’t completely noticeable.  There definitely wasn’t any calling for the inclusion of the elevation aspect of an Atmos track, but the inclusion of those surround channels would have been really nice.  Dialogue is presented cleanly as everyone was able to hear and understand what was being said as the movie progressed.  The part that really stuck to me most though would have to be the films musical score.  I feel that the music selection for the accompaniment allowed for not only a stronger relation with the characters, but did a really great job at conveying exactly what was going on in an emotional sense that allowed for a continued understanding of the story’s progress without having to be staring at the screen the whole time. 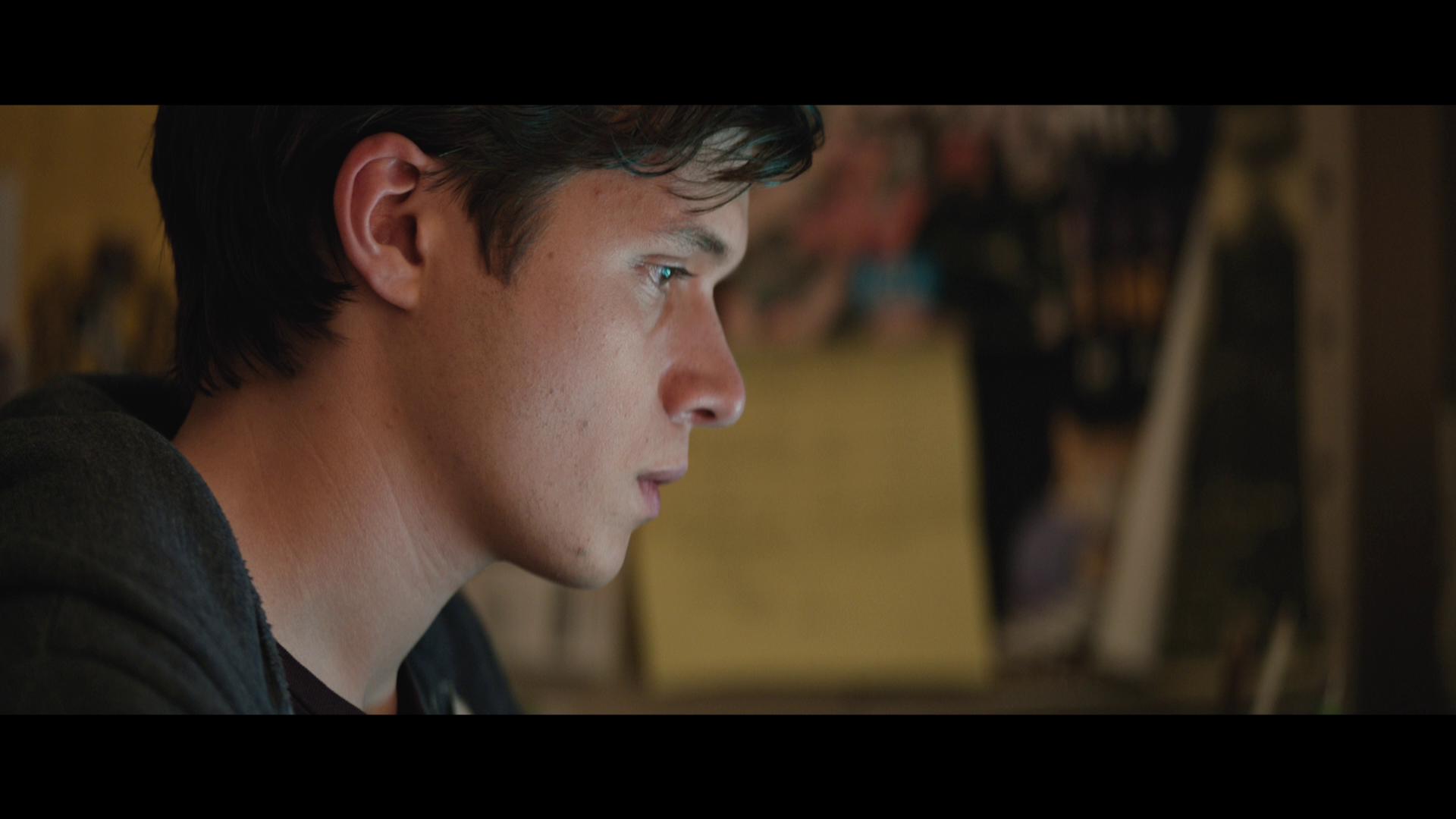 The Blu-ray release of Love, Simon comes packaged in your standard two-disc Blu-ray amaray case.  Within that case is the standard Blu-ray copy of the film as well as the standard DVD copy, neither of the discs feature any artwork that’s related to the movie outside of the standard release text and solid-colored background.  There is also a digital copy redemption pamphlet that’s been included for the various streaming options, as well as a slipcover that’s been made available during the original pressing that features the same piece of artwork that’s been provided on the case art. 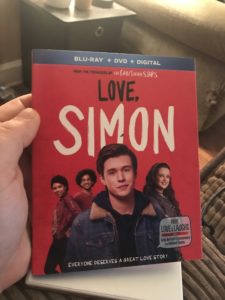 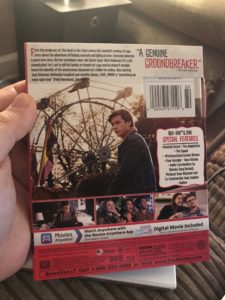 There’s a good amount of special features that have been included with the Blu-ray release of Love, Simon that not only offers an extended view of the storyline that answers some questions that may have come up during a viewing; but, also allows for some sharing of the behind the scenes work and experiences that the cast and crew had shared in making this movie.  Included with this release is: 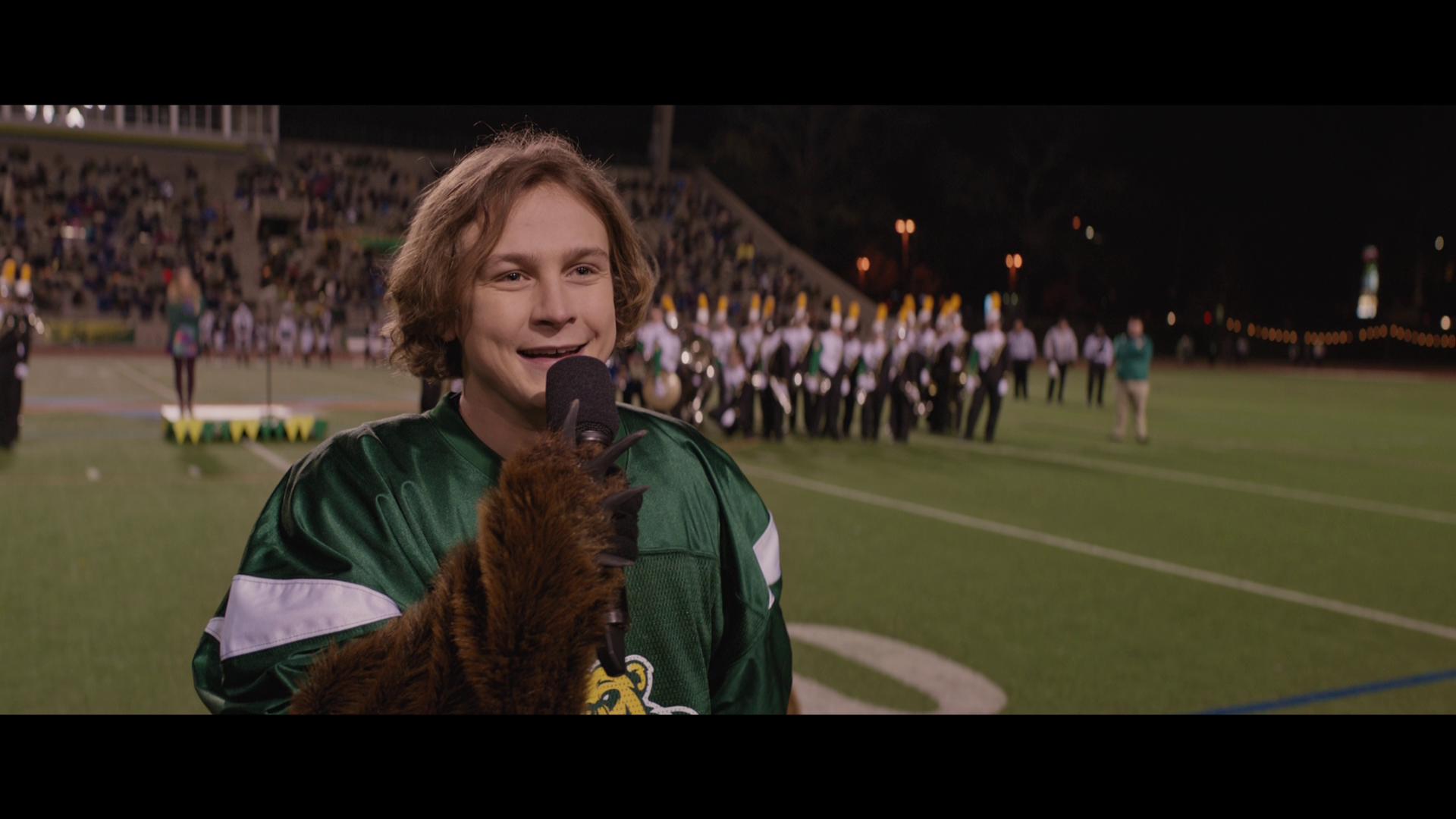 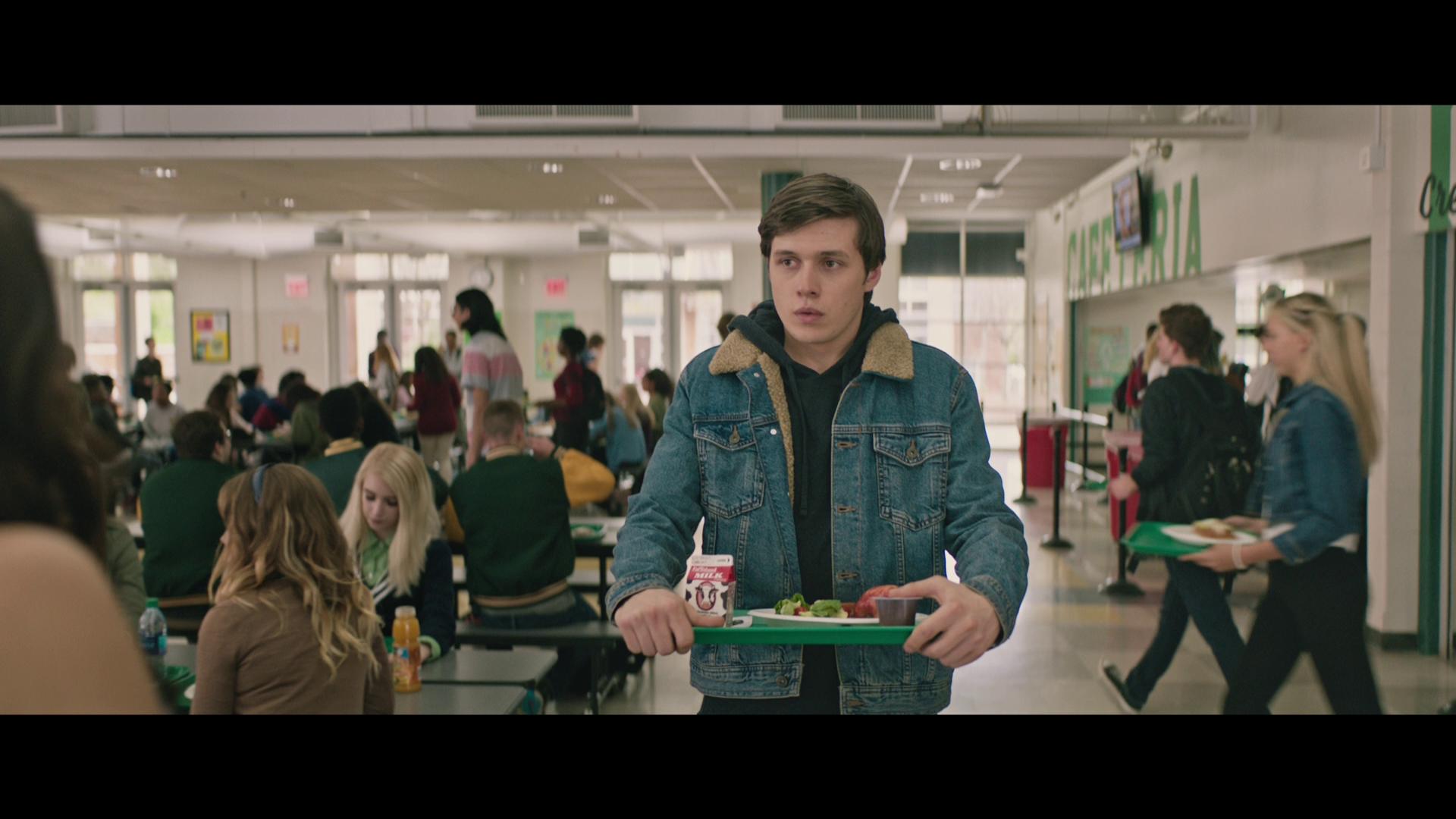 Overall, I’m really glad that I was given the opportunity to sit down and check out Love, Simon.  This movie is one that I know that I wouldn’t have picked up on my own; but after sitting down with it, both my wife and I found this movie to be extremely enjoyable.  The video and audio presentation were nicely done; and the fact that there’s also a 4K UHD release of this movie really has me wondering what it would have really been like with the inclusion of HDR.  The special features were really nicely one, and probably one of the better sets of bonus content that I’ve seen accompany a standard, non-boutique release like this.  If you’re considering grabbing this for your collection, I would absolutely recommend it.  Love, Simon is available on 4K UHD, Blu-ray and DVD today! 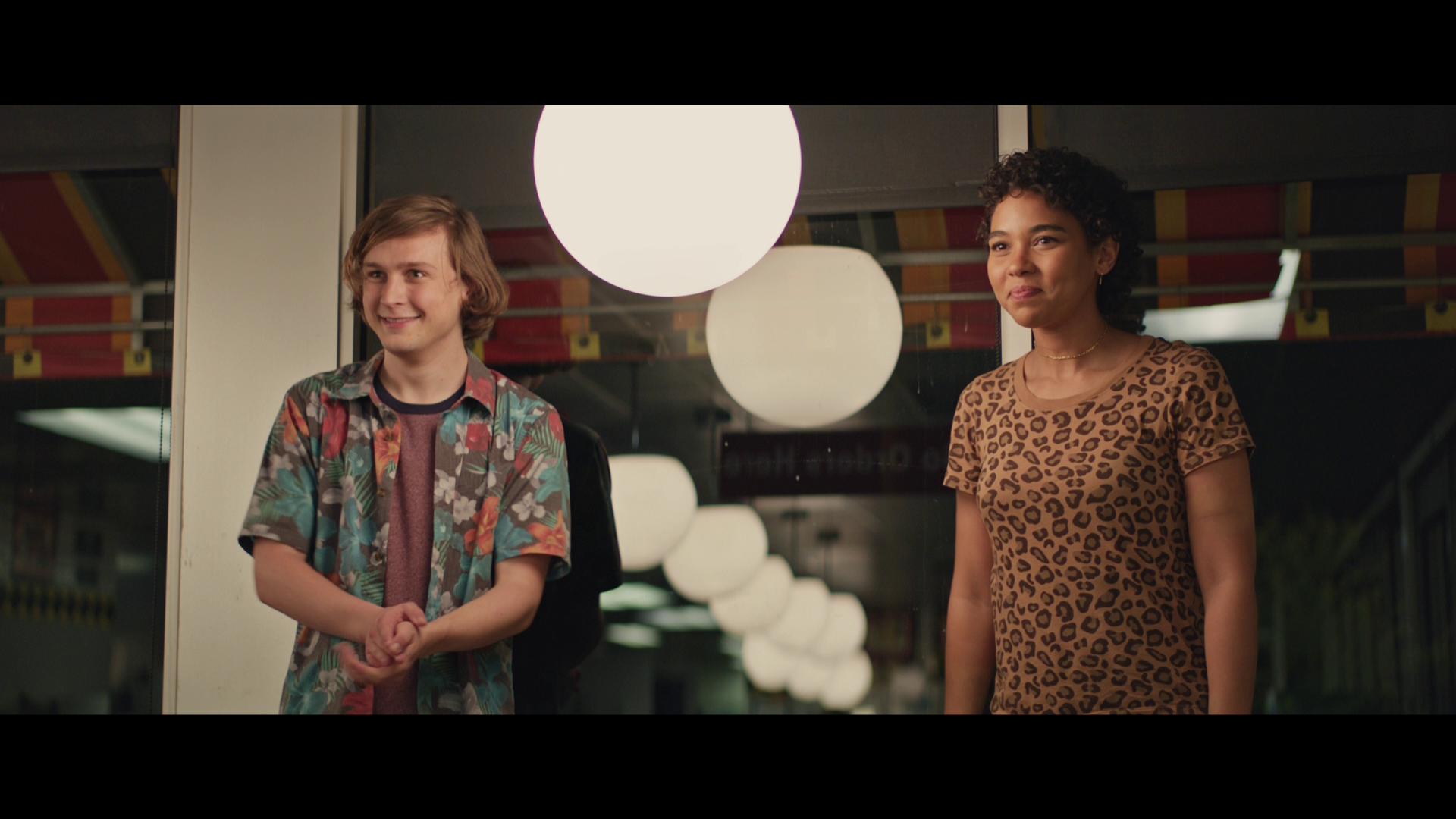