Something occurs to me when starting this film.  It’s like a burst of energy, suddenly, reminding me of knowledge that I once held as fact, yet forgot, and that is John Cusack’s ability to surprise me.  I never know which Cusack to expect when sitting down for one of his films.  So, “which one will it be?” I think.  The quirky and cool John Cusack that we grew to love in the eighties, or will we see one of his “working” films where he may or may not be doing it for the paycheck?  Turns out with Love & Mercy, we get to see an all new Cusack absolutely dedicated to the portrayal of legendary Brian Wilson of The Beach Boys.  Cusack’s portrayal comes off genuine and raw, and that’s where it gets interesting because we also have relatively unheard of (in comparison) Paul Dano who is known for being able to play off absolutely great actors by his side.  Although this feature proves to be a rather different choice for both of the talented actors, it would seem that they are equally matched in the telling of the life of a troubled genius.

When I first saw the trailer for Love & Mercy, I really had no idea what we would end up with.  The film had not received much press and when asking my peers what they had heard I really did not get any feedback.  It seemed no one had heard good nor bad of the film, so I truly went in blind of what kind of story we would see.  To be perfectly honest I knew relatively little about the life of Brian Wilson.  What I did know is that I have alway loved The Beach Boys and their music that transcends most, if not all, generations and with the proper story this could be a truly great film. 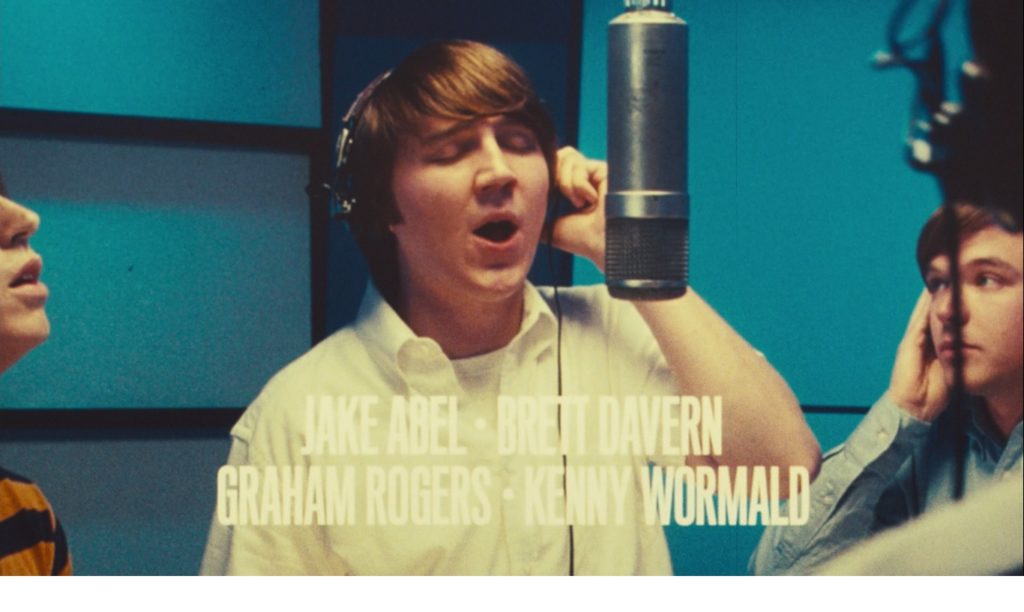 Watching Love & Mercy is like experiencing two films at once. It is a hauntingly beautiful thing to see as we follow both young and old Brian Wilson.  The film takes a practical approach and covers the duality of Wilson and how his genius has been both a burden and his saving grace.  What is the most truly remarkable attribute of the film is its innate ability to showcase genius in, what I can only describe as, a documentary-esque style filming.  When focused on young Brian, the film comes across somewhat grainy and aged while becoming more grounded in a traditional and up-to-date filming style when coming back to the Cusack aged Brian.  Combine the film style with the added powerhouse performance from Paul Giamatti (who at this point seems to enjoy playing the villain in memoir style films, i.e Private Parts, Straight Outta Compton, and now Love & Mercy) and the end result is something worth remembering.

The story itself has its roots in a mental illness which seem to be somewhat of a trend in cinema as of late.  What is really surprising is that the relatively inexperienced Director Bill Pohlad, who has produced some truly great films in the past 15 years, is able to tell a story without pulling any punches.  I have a feeling this is largely in part due to the story itself but being able to execute a film that has some of these complexities with little to no struggle is no small feat in itself. 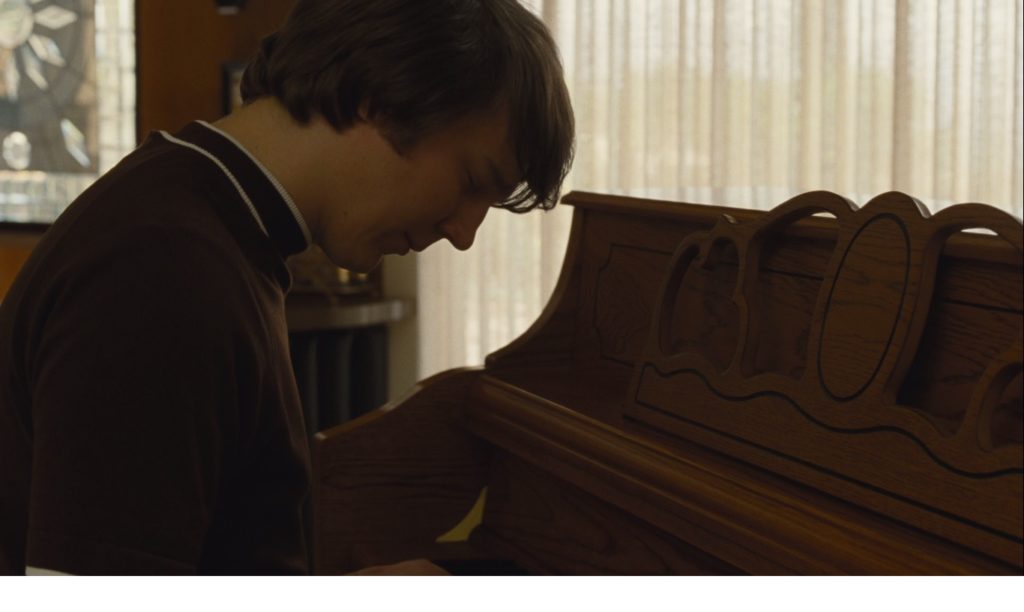 The film has a unique perspective on the biopic genre and feels one of a kind.  The idea of the film is not one that has never been done but the way it is filmed makes it feel rather fresh as far as films go.  The energy we see from Dano reflects rather well with the documentary-esque scenes that come and go far too quickly.  By using a ton of handheld shots and accepting the fact that most of what they wanted to film would require a grainy feel to it, Robert Yeoman was able to recreate what feels like archival footage and creates a rather natural feeling.  This also allowed Yeoman the rare opportunity to create a unique dynamic between Dano and Cusack.  The script lays out two very different lives of the same man and the use of different styles allows the viewer to experience that in a rather real way. 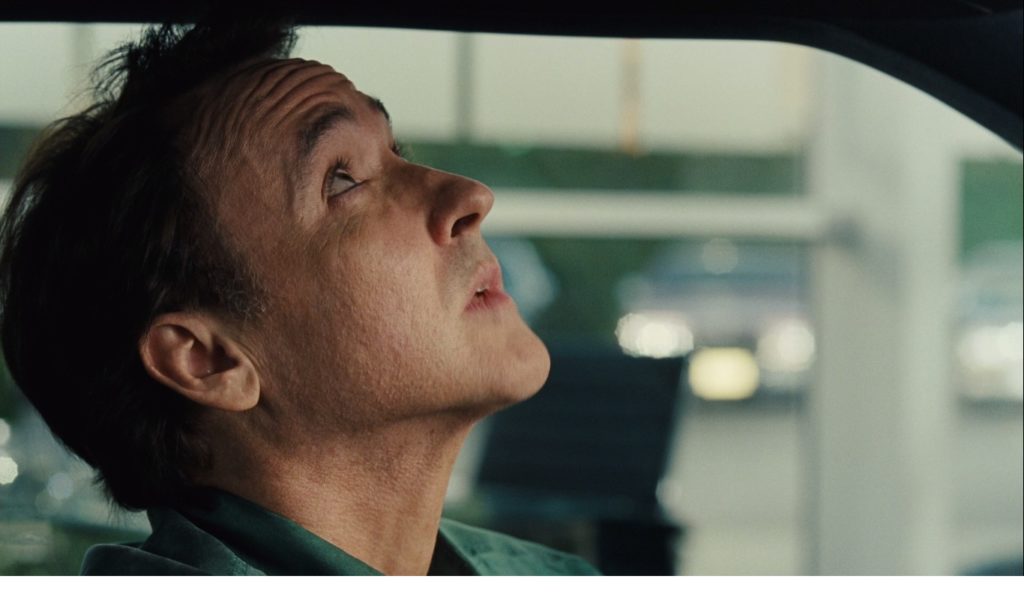 One giant advantage of making a film about The Beach Boys is that the soundtrack will undoubtedly be incredible. It is truly amazing that not only do we get to hear all of our favorite Beach Boys songs but we get to see the process in which they were arranged which only adds to the film’s nostalgic appeal. The melodies of The Beach Boys are pleasant and uplifting and, in some instances, are truly hauntingly beautiful.  It would seem that true genius takes sacrifice and in this case, can take quite some time to truly realize. 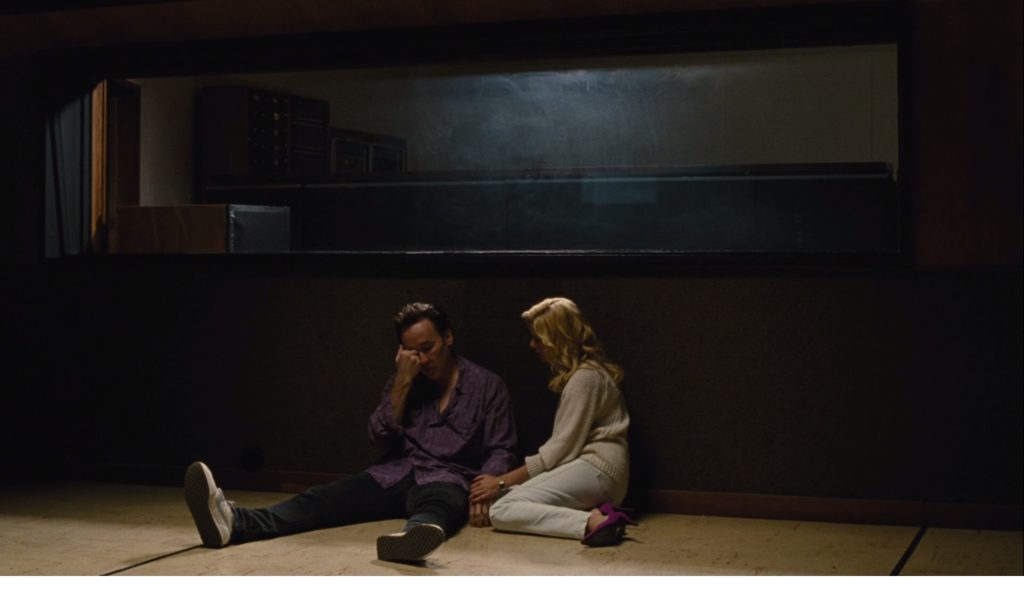 In a rather startling decision, the studio discarded the unique artwork used for the theatrical posters and took a complete 180 when choosing the artwork for the Blu-ray. (This reminds me a lot of the artwork change for the film The Gambler, where they used some great art for the theatrical posters and then went a completely different direction when it came time for the home release.) Love & Mercy comes with a slip cover and it really isn’t anything to write home about, however, I will usually take a movie with a slip over none most days.  One thing I was really disappointed in was the exclusion of the DVD.  I know this is ironic when considering I never actually use the DVD, but when I pay full price for something on release day, I expect to get the same amount of materials as other similarly priced releases.  I am not a complete monster, though, I understand that this film went unnoticed and was relatively unsuccessful compared to the films that were released around the same time. 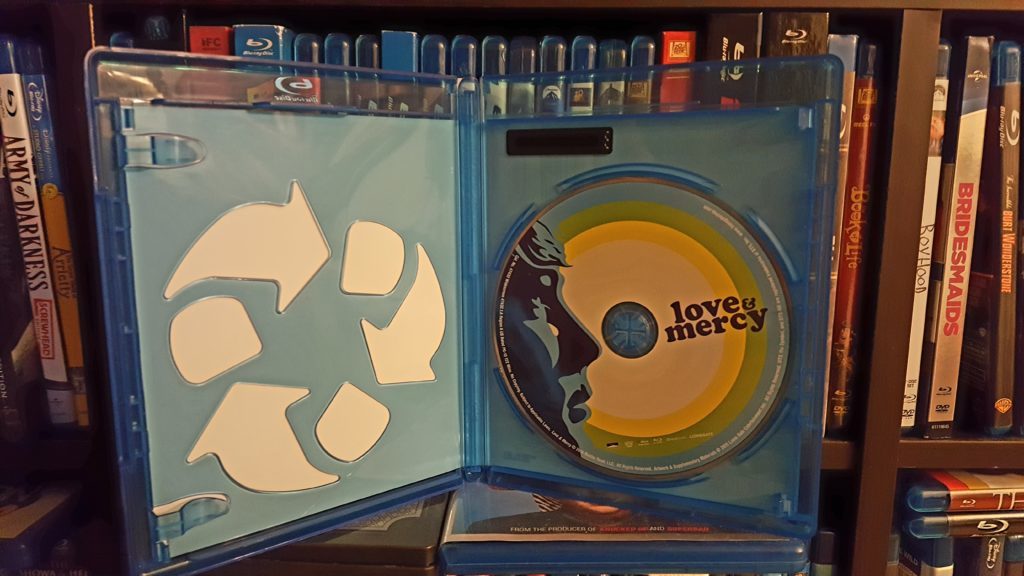 When it comes to special features for a film like this you expect there to be quite a few.  I mean surely there are just hours and hours of film somewhere waiting to be put into bonus content, right? Well, sort of. There is some great bonus content included, however there is not nearly enough to warrant a “must-buy” of this Blu-ray release. 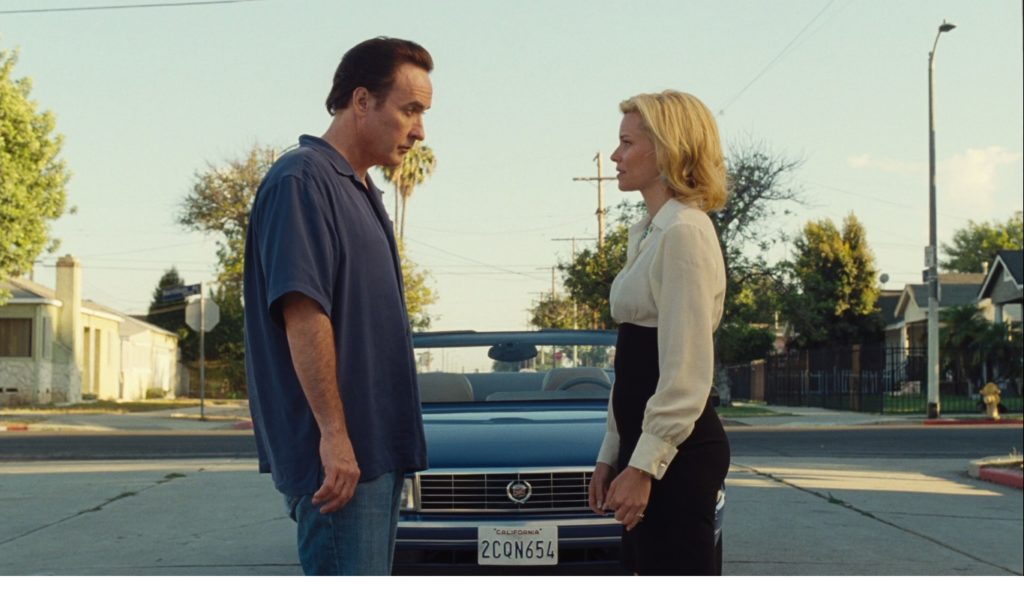 I am extremely biased when it comes to this film and I will not pretend that I did not fully intend to enjoy this one.  There were too many factors working for the film, from the music of The Beach Boys, to John Cusack’s great performance.  If you take those two things and add Giamatti, Dano, and a unique filming perspective, you are obviously going to end up with a winning combination.  This film takes you there.  You get to experience what it was like watching Wilson work and watch his genius and ultimately you get to see what it cost to have that sort of genius lying beneath the surface of a man.  They honestly could’ve re-titled the film The Burden of Being Brian Wilson  and it would have worked just as well.  For all intents and purposes, that is what it feels like.  Now, I don’t want you to misunderstand what I mean by “burden”, as in this case we all benefited from his genius and everything he had done.  The burden to which I refer is that of people constantly taking him for granted and/or taking advantage of him.  Evidently, there is a very thin line between crazy and genius and it becomes evident with every scene. I have watched Love & Mercy countless times and it has quite a few “goosebump” moments where everything just falls into place and for that, I highly recommend the film itself.  I was rather underwhelmed with its packaging and as such can only recommend it for a purchase at a lower price point. Based on what was included and the “cost vs. content” argument, $10 seems like a fair price to pick this one up.  You can purchase this edition HERE.